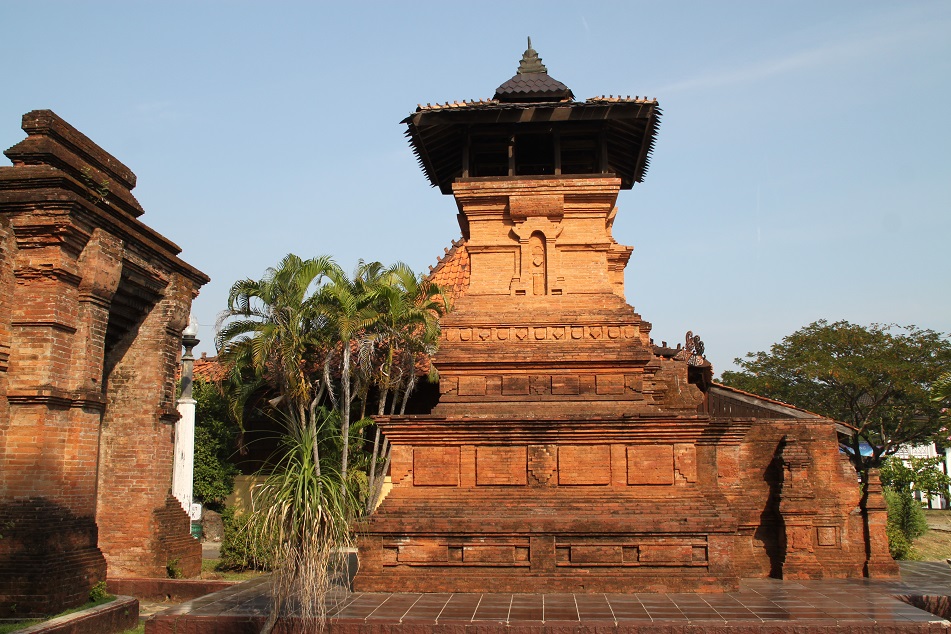 The city of Semarang, the capital of Indonesia’s Central Java province, is the place where I was born. However, since the age of 1.5 years old I have been moving around the country with my parents following my father’s assignments from the government institution he used to work at. As a kid my memory of Semarang was limited only to things I experienced during the occasional holidays my mother and I took to visit her older sister in the city, which included going to the cinema to see Aladdin (my first-ever Disney movie), riding bumper cars and a static racing motorcycle which emulated the feeling of being in a real race, spending hours at my late uncle’s house watching Scooby-Doo, and marveling at the empty packages of tea boxes adorned with beautiful batik patterns which he designed for one of Indonesia’s biggest tea companies. There was not much of the city itself that I remembered.

It wasn’t until 2007 when I finally returned to Semarang for an extended period of time following my decision to quit the food business I ran with a few friends from college. In spite of the fact that it was the city where I was born, I came to Semarang as if I was meeting a new person. I had no expectations toward it and all I wanted to do was to know it. In those months of being unemployed, almost every morning when the sun had yet to rise I would drive my father’s car around the city, cruising along its wide and smooth streets, going up and down the hilly terrain, and trying out different routes. After spending five years in Bandung – West Java’s provincial capital – known for its narrow and winding streets, Semarang was like bliss, and I gradually fell in love with my birthplace.

Several months later I got a new job which required me to move to Jakarta, Indonesia’s fast-paced and hectic capital which is home to more than 10 million people and among the worst traffic in the world, and had to bid adieu to Semarang once again. Since then I usually return to the Central Javan city only once a year, a place where my parents have been continuously living for more than ten years.* On every trip I would try to visit new places, including famous landmarks, as an effort to try to know the city better despite calling the Indonesian capital, some 400 kilometers away, home. I’ve been exploring new places in Semarang as well as revisiting those I had gone to years earlier to witness how some of them are slowly changing for the better, including Lawang Sewu which underwent major renovation work to shed its reputation as one of Indonesia’s most haunted buildings. I’ve also noticed the growing number of visitors to the city’s once-forgotten old town district.

However, on a trip to Semarang toward the end of Ramadan last year, I came to a point where I got a little bored. Not because the city lacked interesting places to visit; Sam Poo Kong’s bright red façade surely is visually appealing, but having been there twice already made me wonder whether a third visit would be necessary. The same thoughts also applied to the Great Mosque of Central Java, where I went the year before, and the ancient Hindu temples of Gedong Songo to the south of the city which I’ve also visited twice. 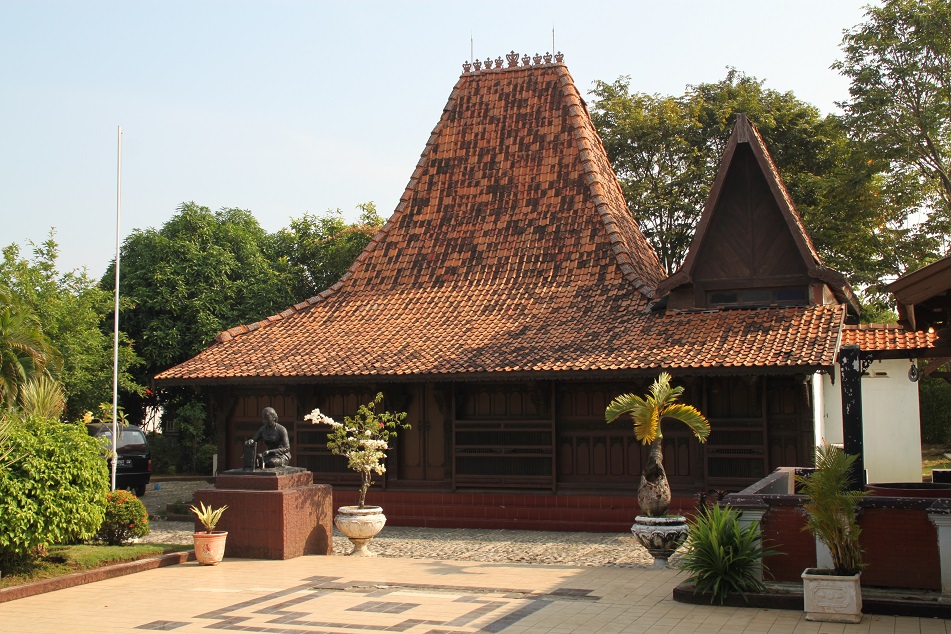 Another part of the Kudus Regency pavilion 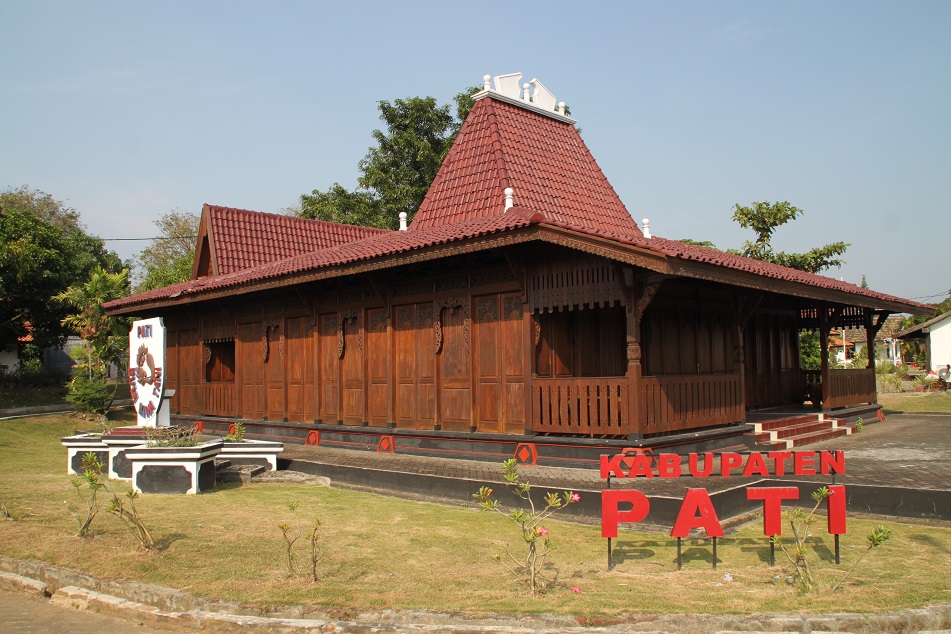 The pavilion from the Pati Regency, my father’s hometown 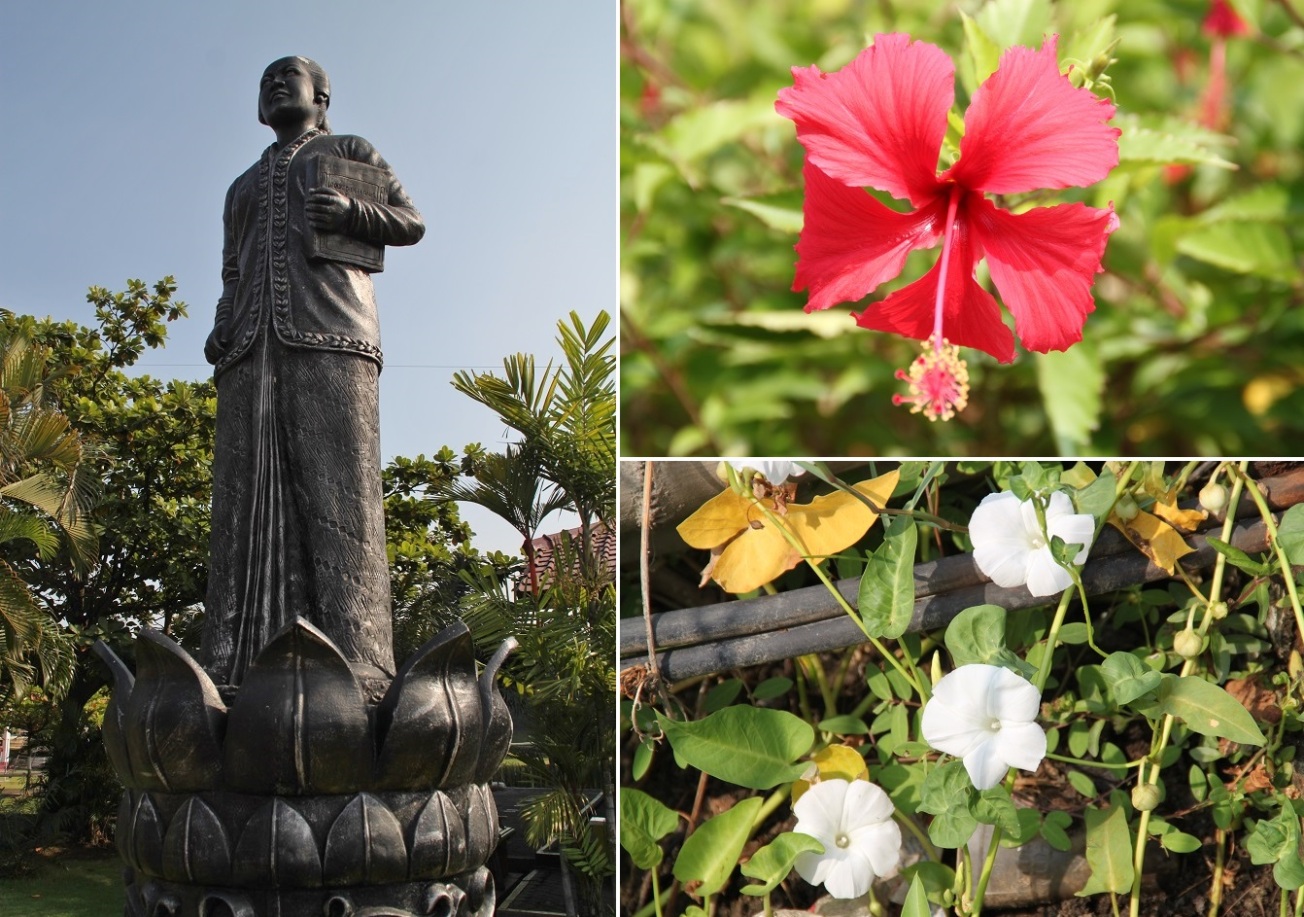 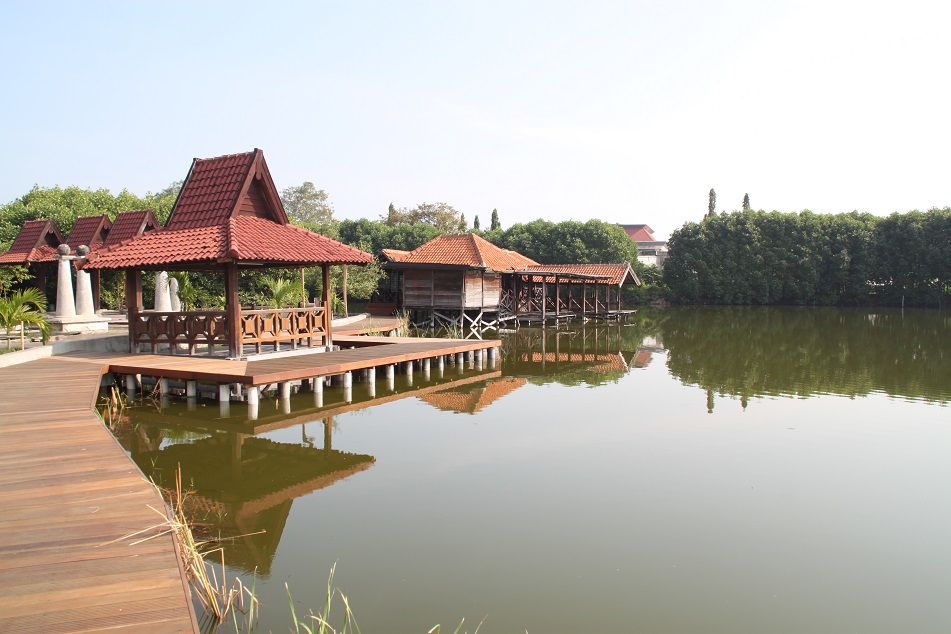 Into the mangrove forest 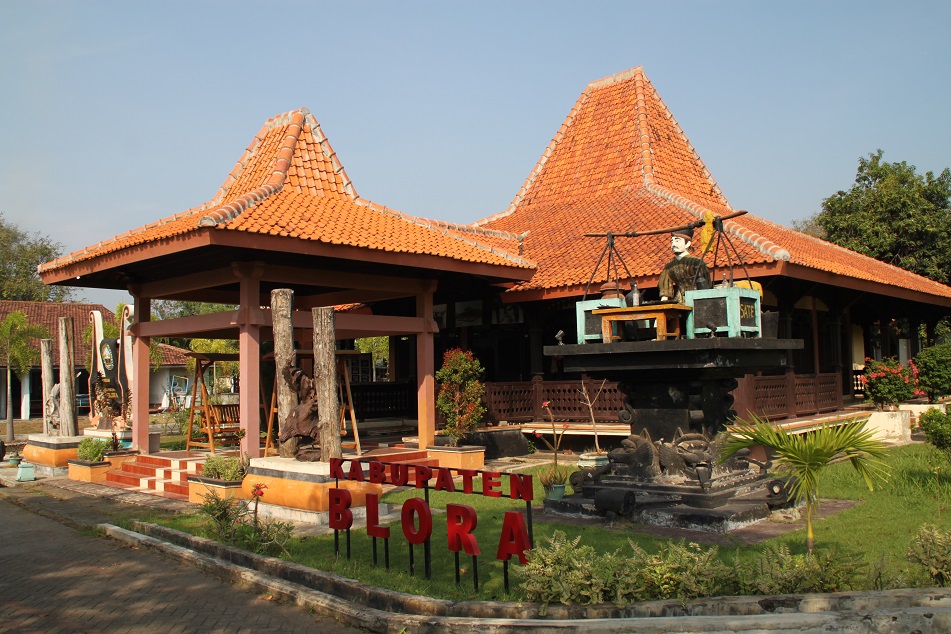 The Blora Regency pavilion with a sate/satay vendor statue 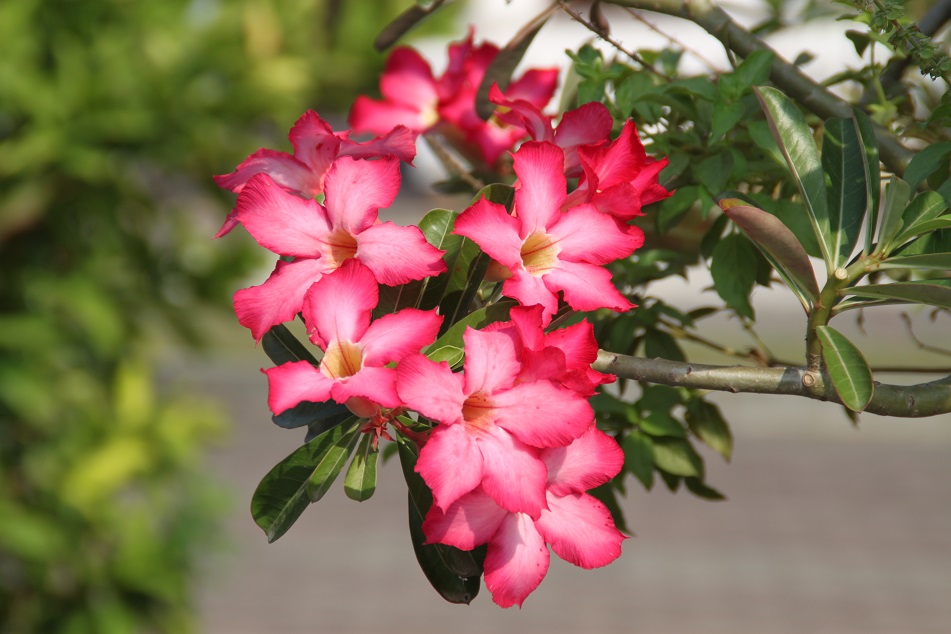 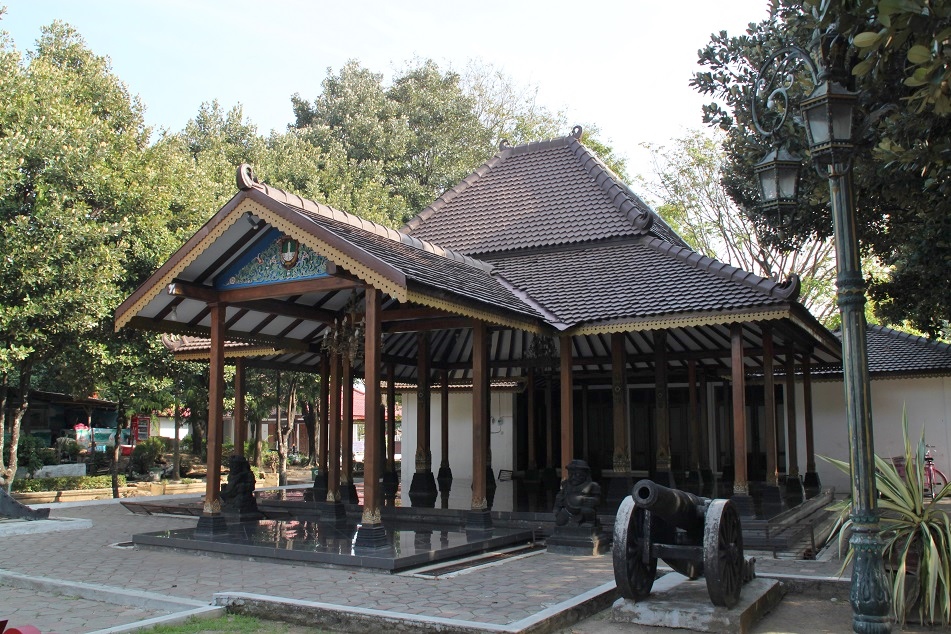 The pavilion of the Surakarta Regency, modeled after its royal palace 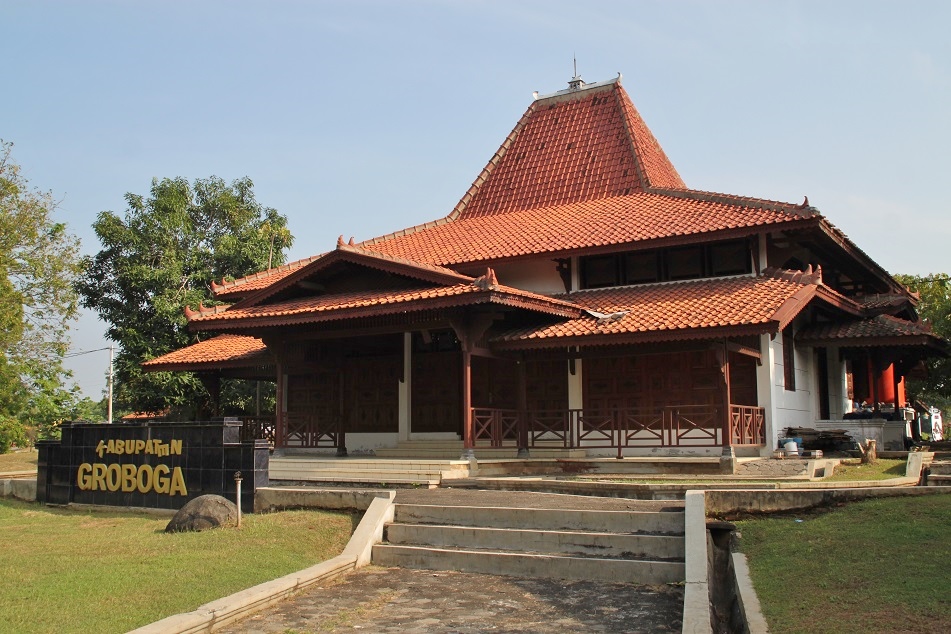 The pavilion of the Grobogan Regency, home to Java’s most famous mud volcano

I’m not the most religious person, but since fasting has become an annual ritual in my family (and it’s an easy way to lose weight) I joined my parents in their fast which meant I couldn’t eat or drink anything from dawn till dusk. My mother’s cooking, on the other hand, has always been among the highlights of any visit to Semarang, and even James who my parents now consider as their own son agreed in a post he wrote a few years ago. So I was left with even more limited number of options to kill time: playing with the house cats, re-watching some movies in my collection (I ended up introducing James to the Harry Potter series), and … suddenly I remembered a place my mother suggested to me some time in the past.

“What is there to see in Puri Maerokoco?” I asked my parents. “You can see different styles of houses from Central Java,” my father replied. “It’s quite interesting.”

Certainly it wouldn’t hurt to go there, I thought. So one morning James and I decided to see it, and to our delight, we had the place almost entirely to ourselves, save a handful of other visitors.

Laid out as a miniature version of Central Java, and corresponding to the exact location of each city and regency on the map, the whole complex is filled with pavilions in the shape of traditional houses. The Surakarta pavilion exudes a royal ambiance as it was modeled after the palace in Solo. Meanwhile, the Jepara pavilion is unsurprisingly adorned with fine wood carvings the regency is famous for. A statue of sate/satay vendor sits in front of the Blora pavilion, a nod to purportedly its biggest ‘export’ to many places across Indonesia, while near the Rembang pavilion the statue of Kartini – who fought for women’s rights in Indonesia – stands proudly under the bright sun. Some pavilions, that of Pemalang for instance, unfortunately seemed not well taken care of with its paint peeling off and its signboard partially damaged. However, it still fared better than the Temanggung pavilion which was completely destroyed by fire five years ago and remains in ruins to this day. 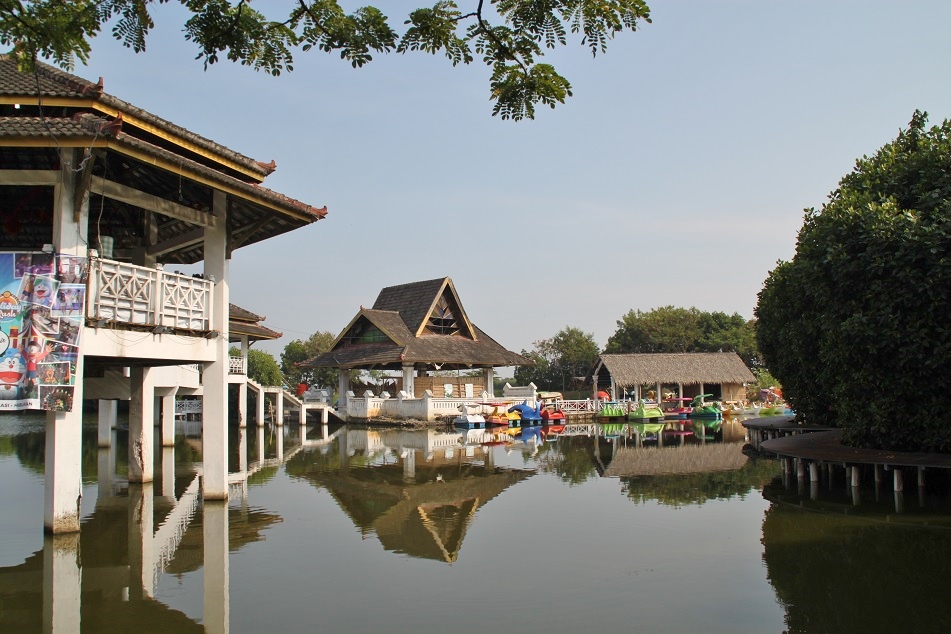 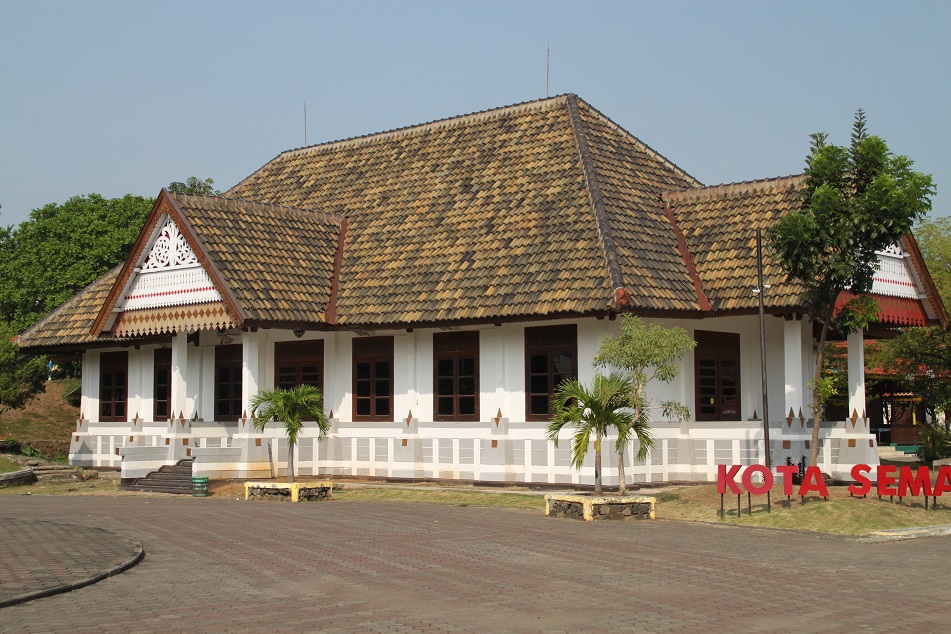 The pavilion of the city of Semarang 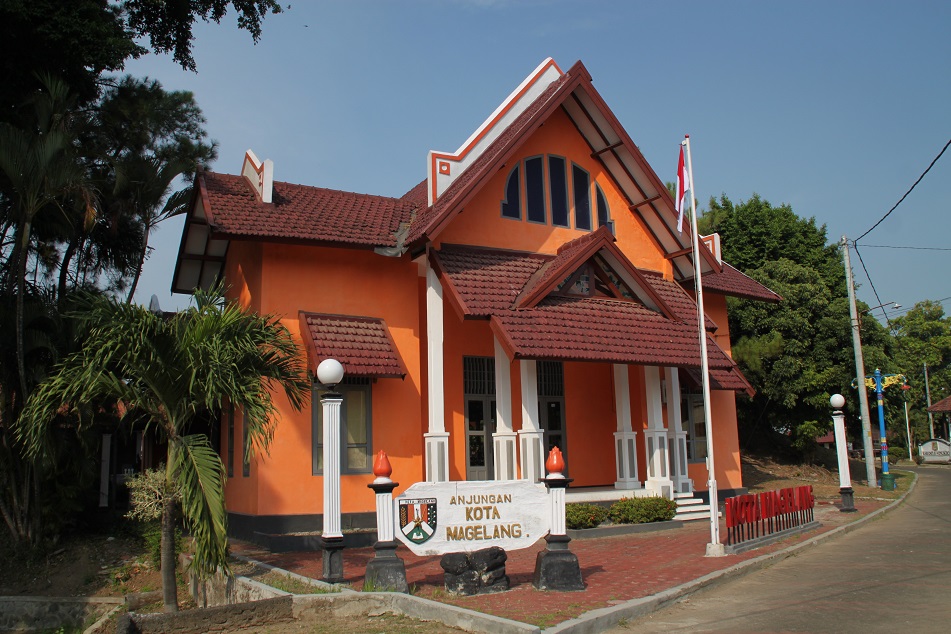 The city of Magelang pavilion 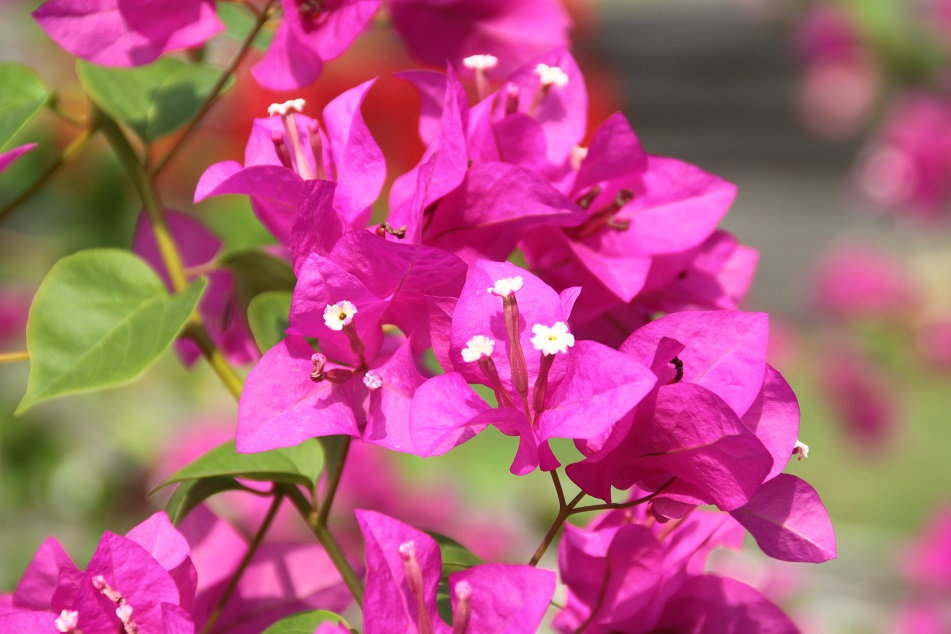 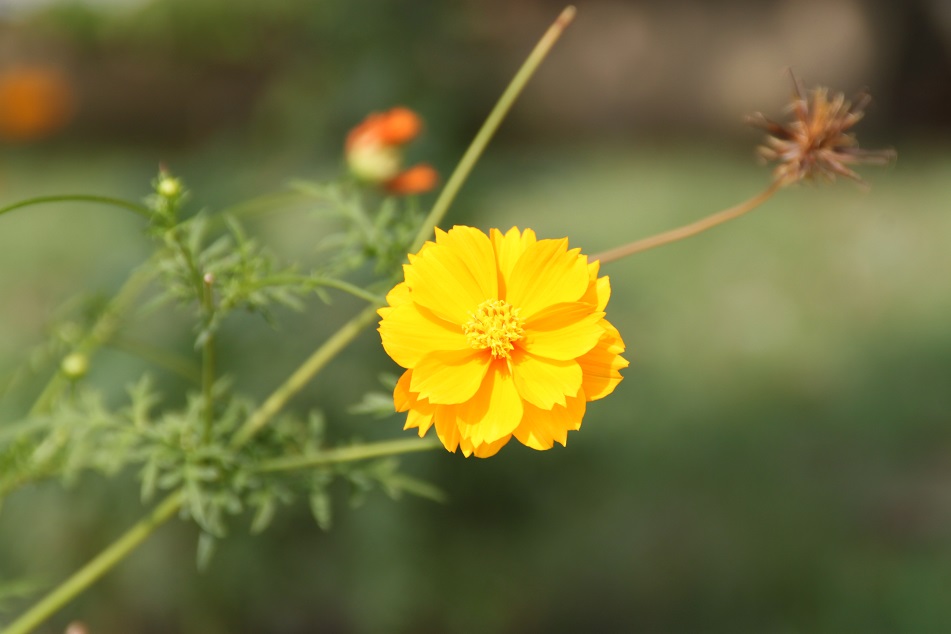 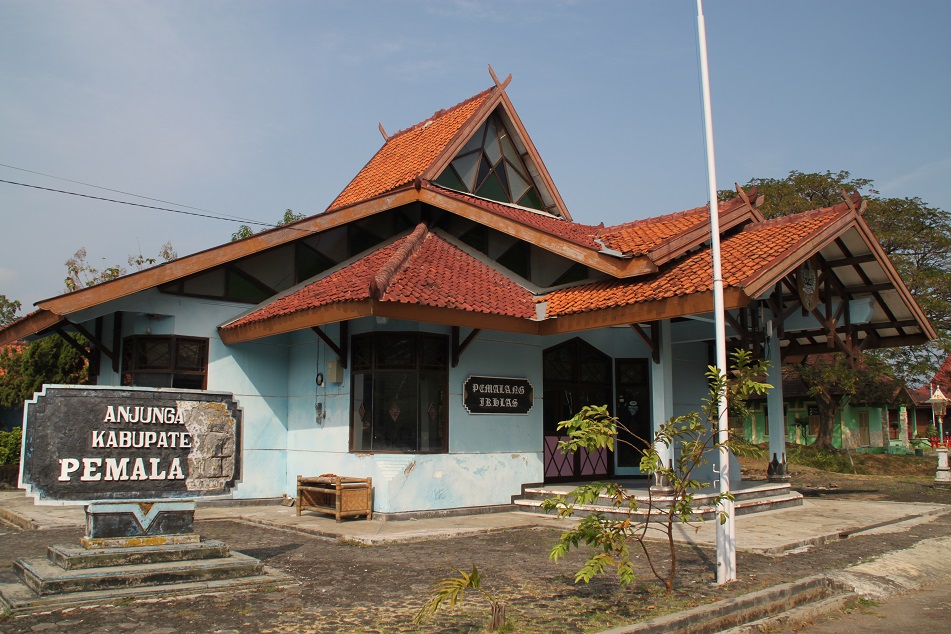 The sad state of the Pemalang Regency pavilion 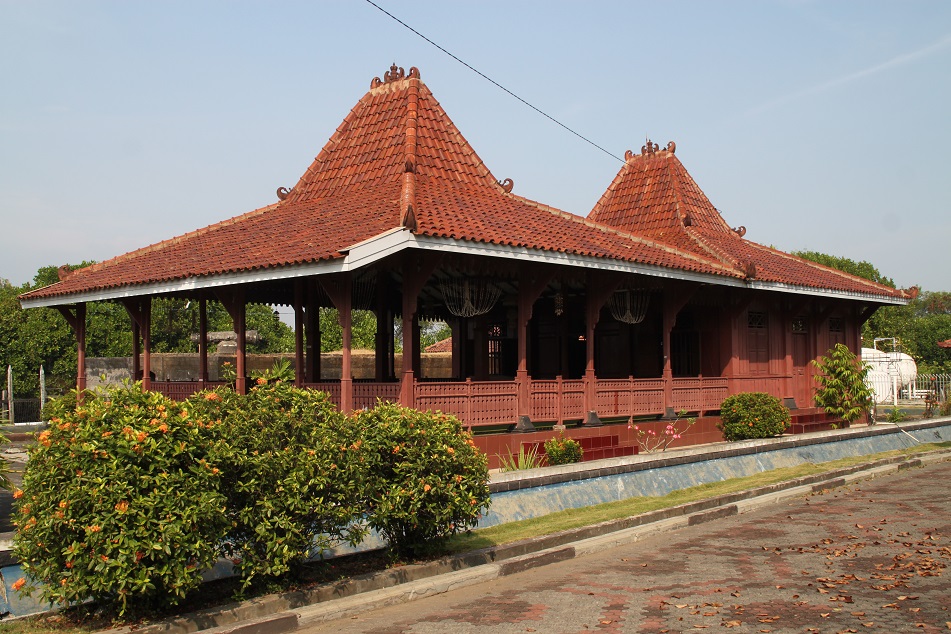 The pavilion of the Cilacap Regency, Central Java’s southwesternmost regency 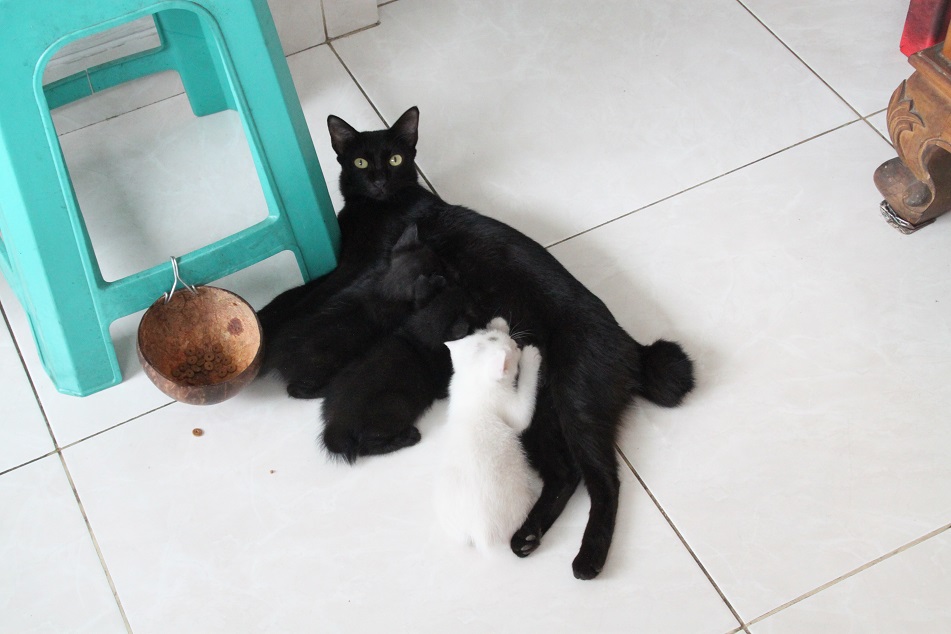 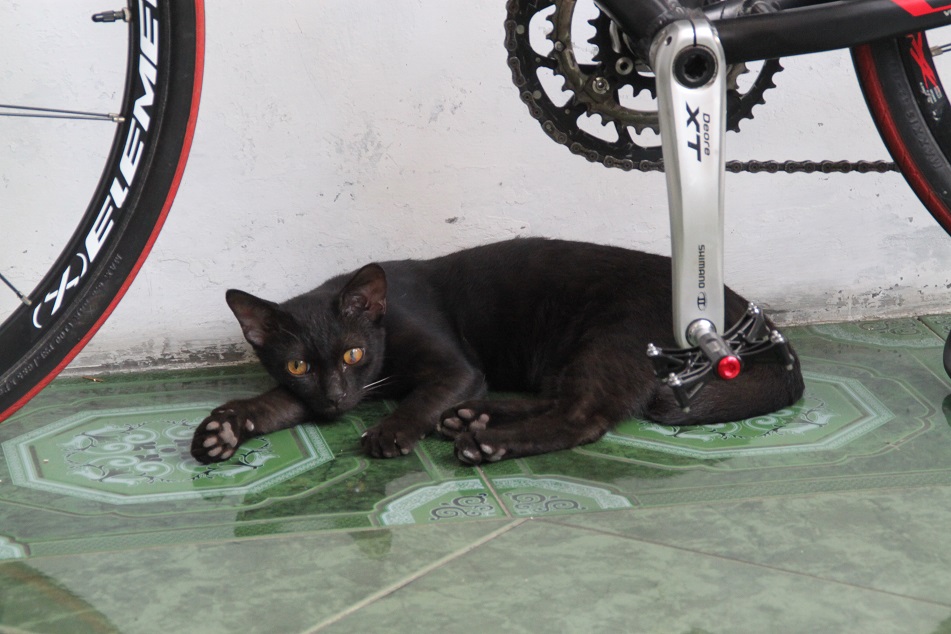 Another black cat they had 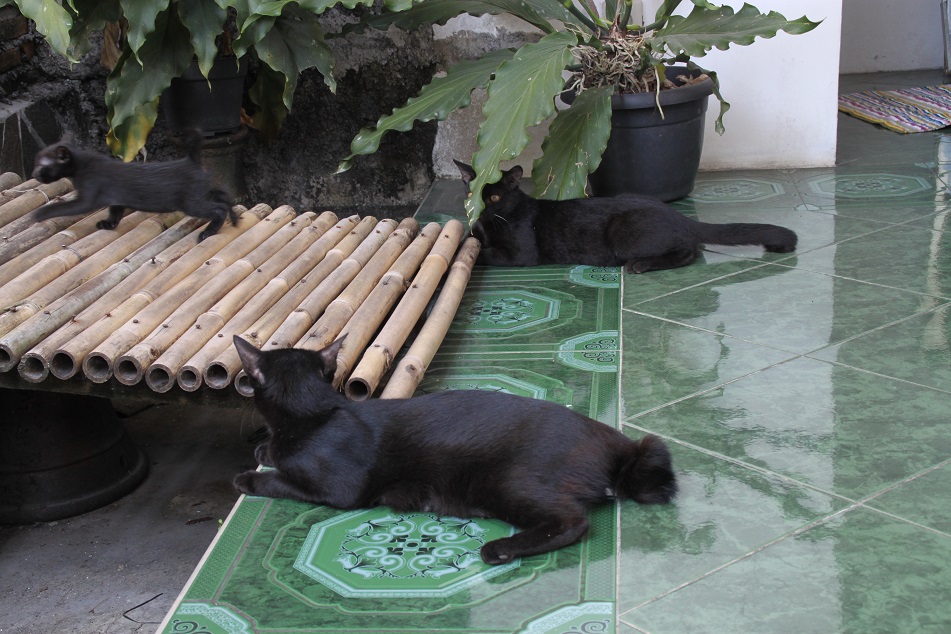 Another excursion we ended up doing was a revisit to Kota Lama, Semarang’s old town district built when the city was an important trading port during the Dutch colonial period. However, years of neglect had left its many structures derelict and crumbling, and this condition was exacerbated by the area’s susceptibility to coastal floods which periodically inundated parts of the old town. Fortunately, the rise of the internet – and later social media – has brought Kota Lama to the attention of the general public, not only those residing in Semarang, but also all over Indonesia.

Gradually more and more structures within the old town limit have been renovated, and businesses are starting to trickle in. The government’s decision in 2015 to officially submit an application to UNESCO to include Semarang’s Kota Lama in the organization’s prestigious World Heritage Sites list further boosted the area’s popularity. Change was evident on my latest visit: what was once an abandoned German-owned general store has been turned into a trendy bar and bistro attracting old and young visitors, including my own mother who had gone with a few relatives two years ago; small-scale cafés also popped up at the back streets of the old town, bringing life to what used to be a humdrum of grey buildings.

Semarang’s ambition for Kota Lama is rather high: making it a UNESCO World Heritage Site by 2020. It is, of course, up to the judging panel whether they agree with the Indonesian city’s conviction or not. It is obviously not in the interest of Semarang to see its only submission ending up in the tentative list – a growing catalog of sites submitted by Indonesia which have yet to gain the coveted World Heritage Site title. Currently there are only eight such sites in the country with its latest addition seven years ago.

While waiting for what will happen to Kota Lama in a few years’ time, I’m more concerned with what to do and visit when I go back to Semarang for Idul Fitri (Eid al-Fitr) next week. Watch this space! 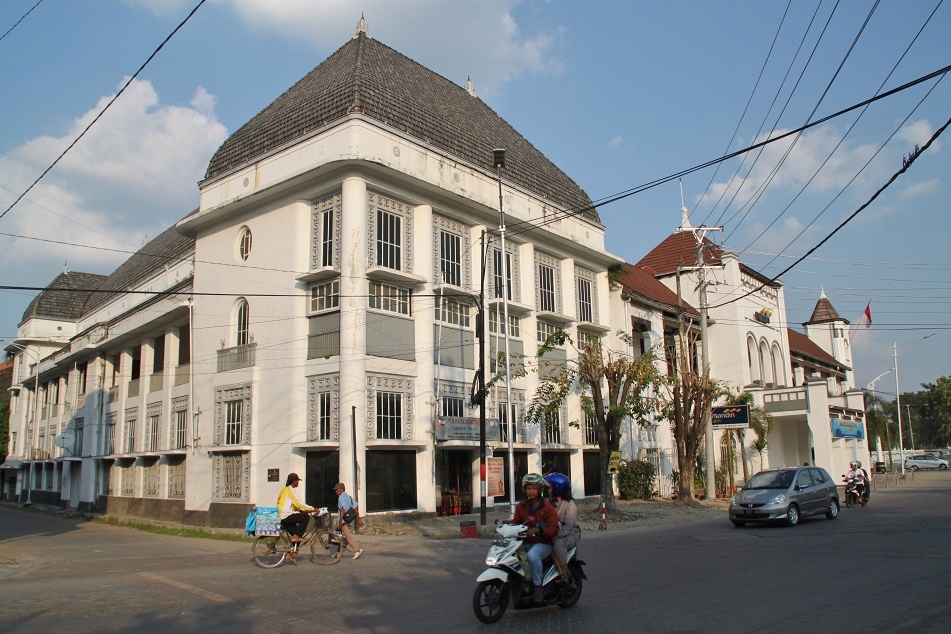 The renovated office of Djakarta Lloyd 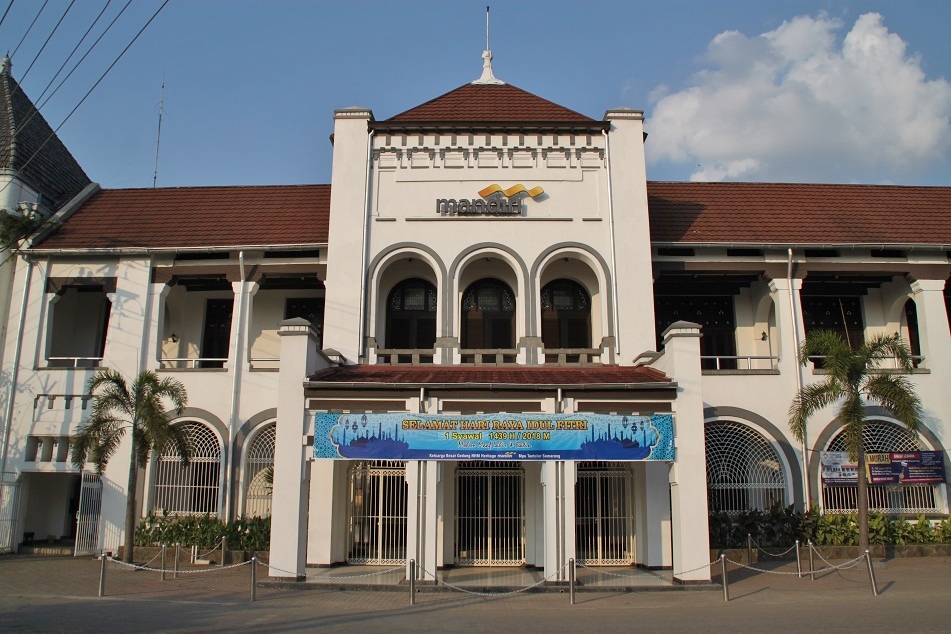 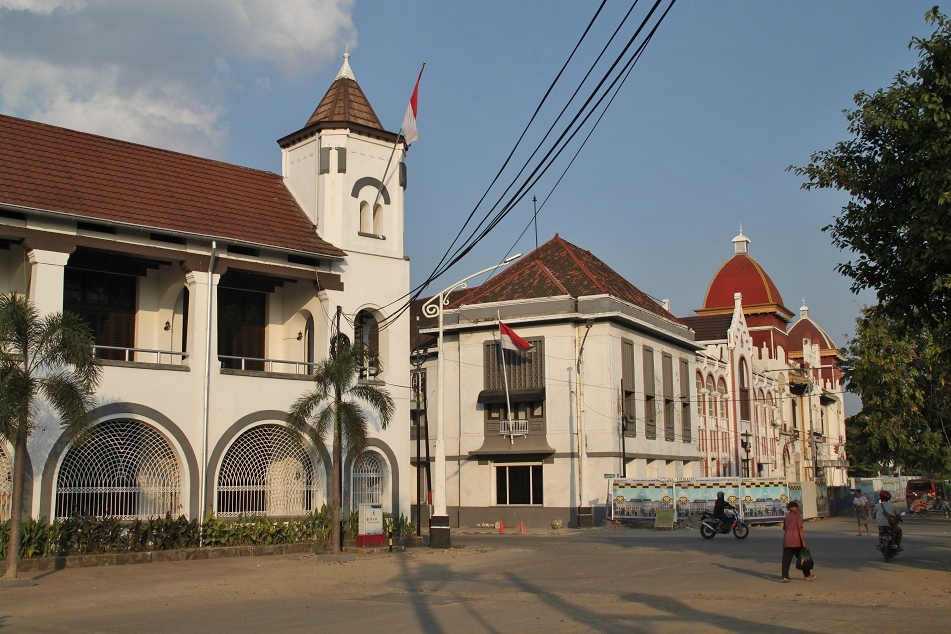 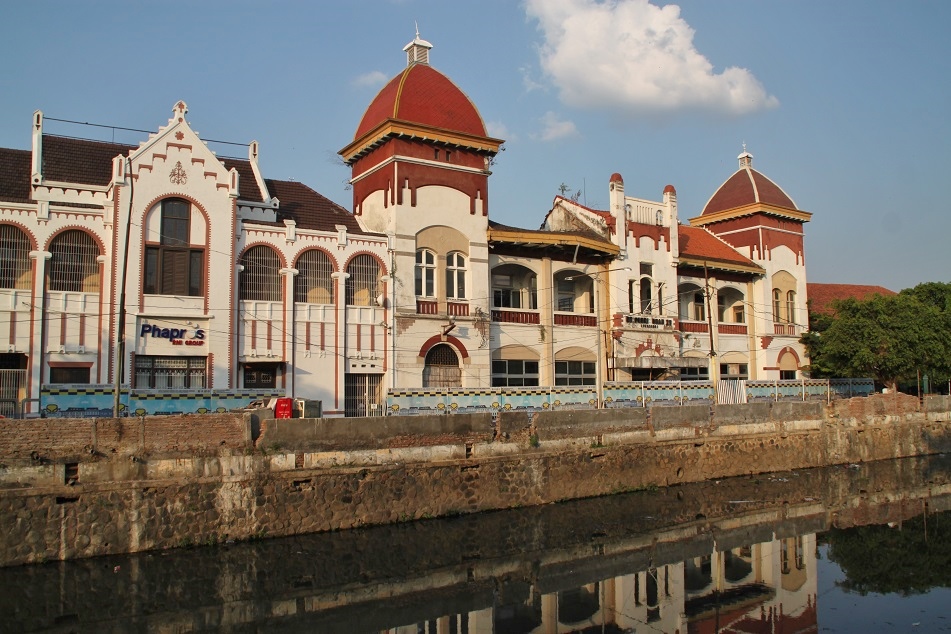 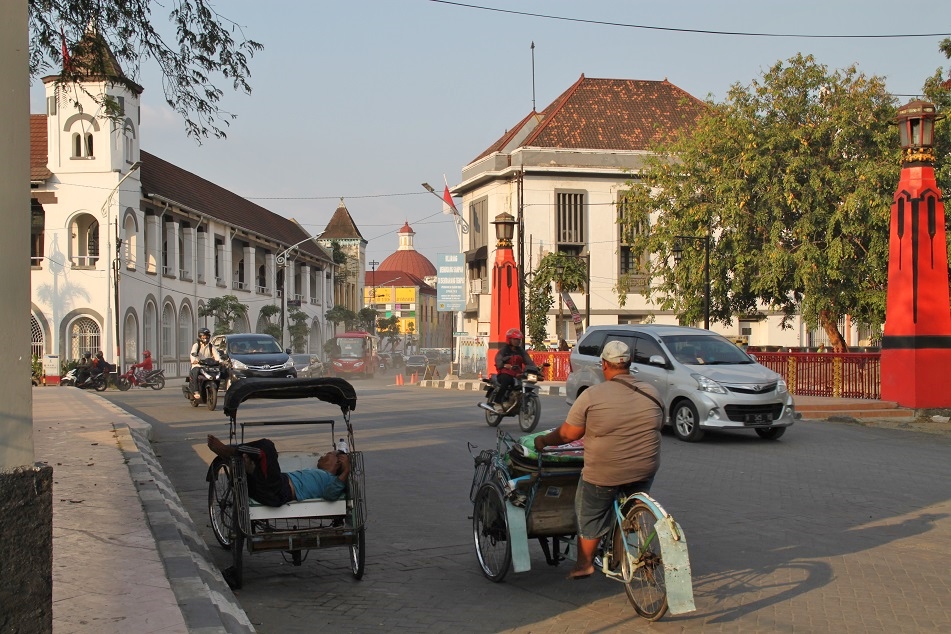 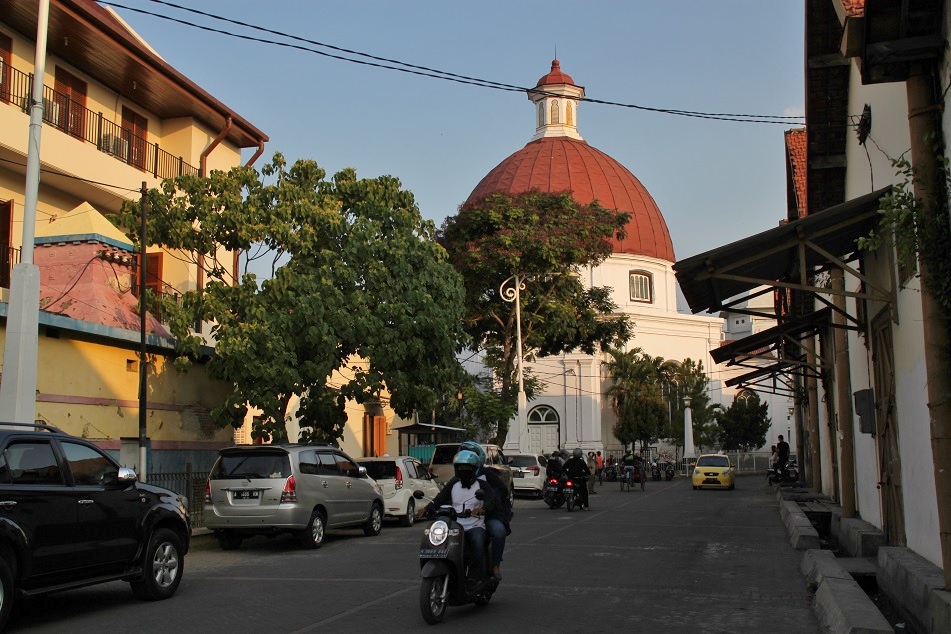 The iconic dome of the Blenduk Church 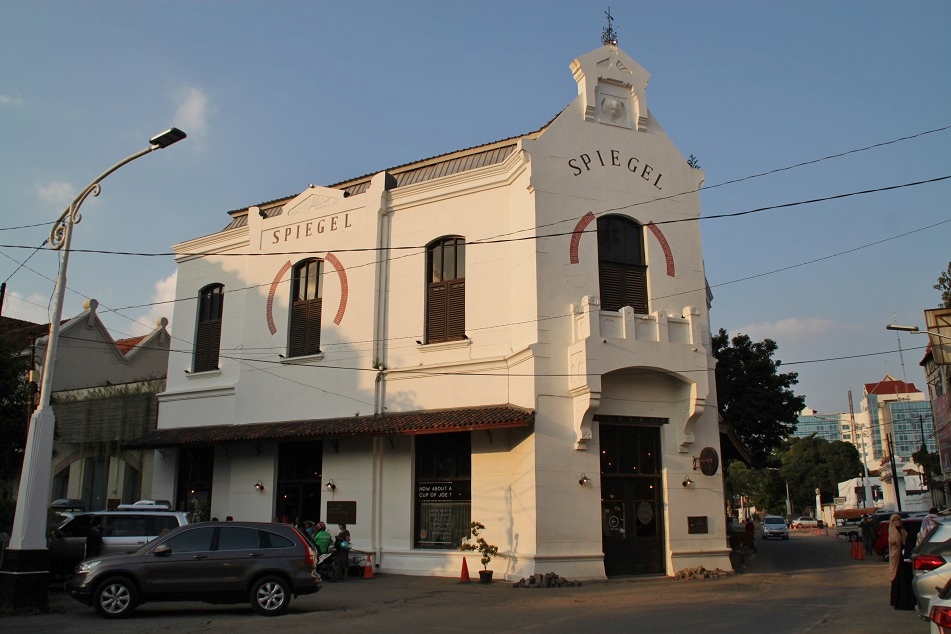 A refreshed look for Spiegel, a former German-owned general store 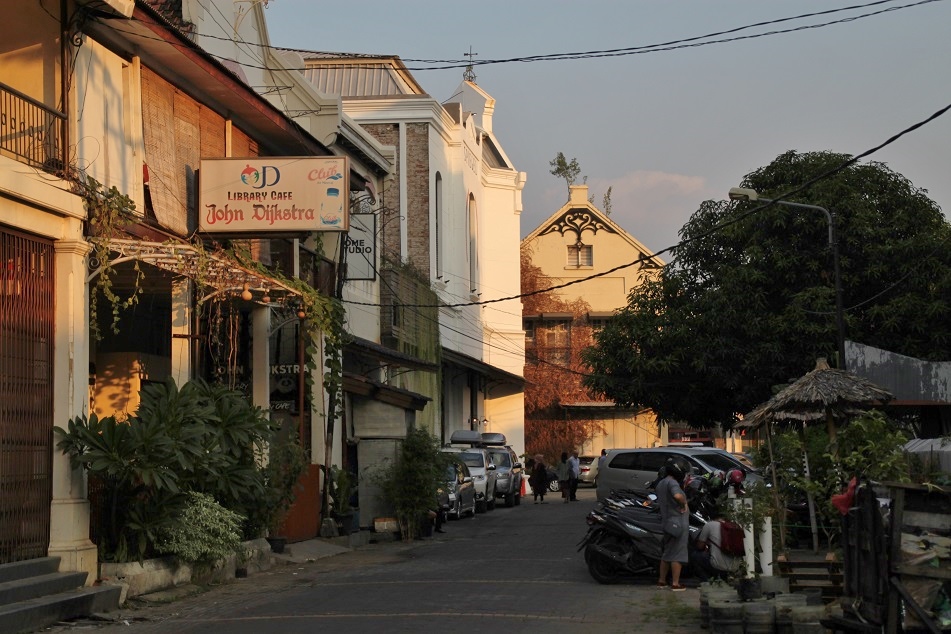 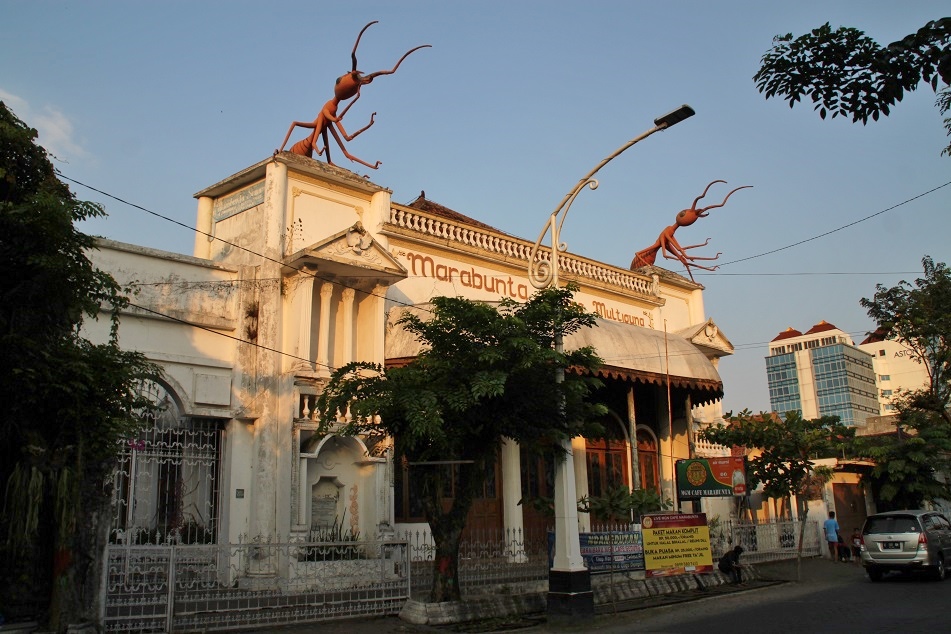 *This was my last trip to my parents’ old house, since they have moved to another place on the city’s outskirts.

23 thoughts on “Killing Time in Semarang”