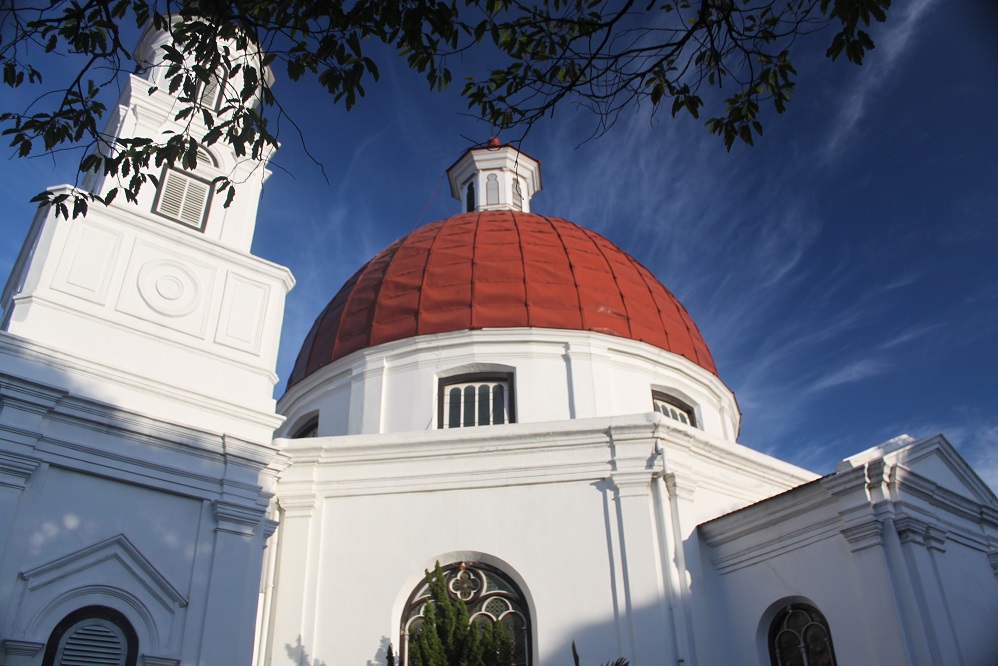 Semarang is known to have one of Indonesia’s most exquisite collections of colonial buildings. On a recent visit to my hometown I took the chance to do what I should have done much earlier, exploring Kota Lama – the old town quarter. Rows of Dutch buildings fill 31 hectares (77 acres) in what was once a fortified quarter called Vijhoek.

Tracing back Kota Lama’s history to its heyday in the 19th–20th century when this gated area was called the Little Netherlands, one would typically start from Gereja Blenduk, the old church which is a prominent landmark of Kota Lama and Semarang. Owing its affectionate nickname from its copper dome (blenduk means dome in Javanese), the oldest church in Central Java has been in use since 1753.

Meanwhile the former office of Nederlandsch Indische Levensverzekering En Lijfrente Maatschappij (The Dutch Indies Life Annuity Company), which was later used as the old city hall of Semarang, occupies a plot right across the church. Adjacent to it, a businessman turned the old courthouse for Inlanders (non-Dutch people) into a fancy restaurant.

Due to its significance as the commercial center of the Dutch East Indies, Kota Lama attracted people from all over the world to do business, including a Yemeni merchant, Marta Badjunet, who built a beautiful red brick building named after her (MARBA – Marta Badjunet).

Not only did businesses thrive; Kota Lama was also a center of intellectual and creative societies of the Dutch East Indies. The prestigious Sociëteit de Harmonie called the present-day Bank Mandiri’s branch their home back in 1756. A much more conspicuous building called Marabunta Theater, after the two giant army ants perched on top of the structure, was the place where one of the most famous spies during World War I, Mata Hari, performed*.

Walking further north towards the perimeter of Kota Lama, Semarang’s Tawang Central Station stands graciously as the country’s oldest major train station, serving the region since 1868. Today Tawang is still very much an important train station connecting cities in Java, but the pulse of Kota Lama, unfortunately, is starting to fade.

The Quiet Alleys of Kota Lama

The Office of State-Owned Telecommunication Company 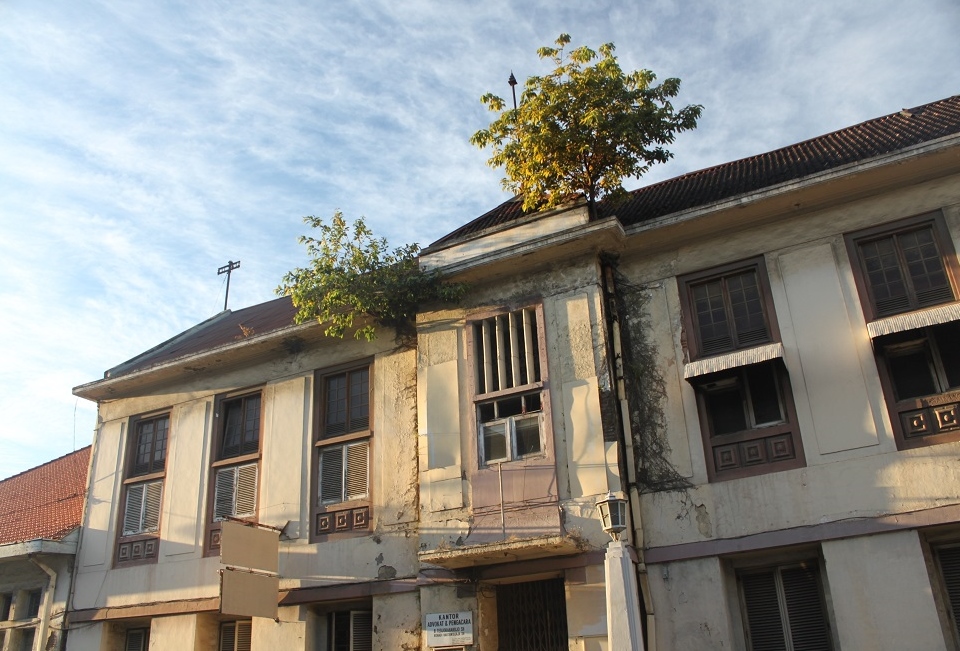 Formerly the Building of the Netherlands Trading Society

Another Building Left to Decay 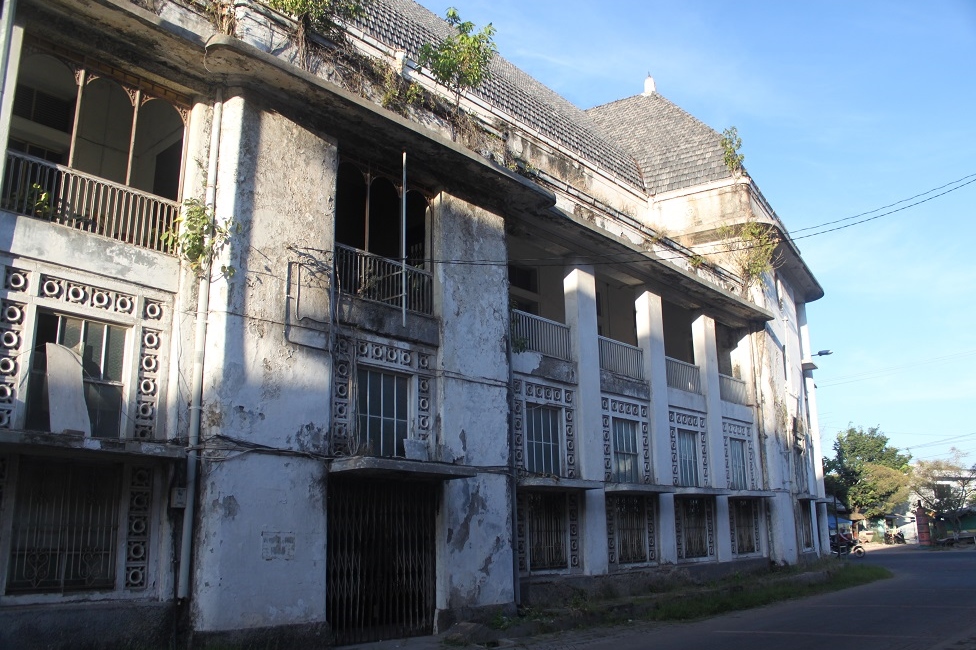 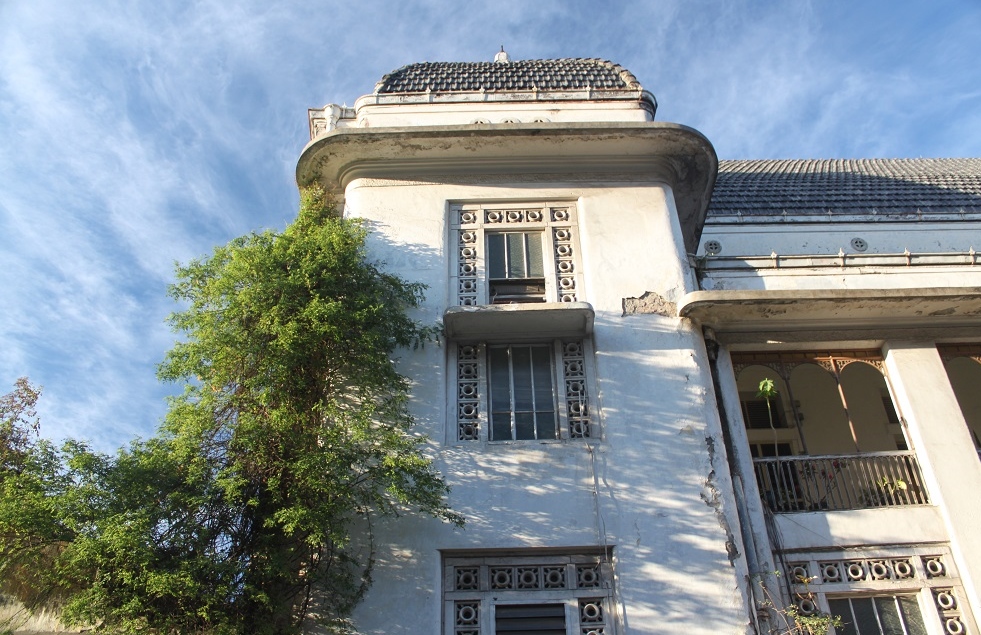 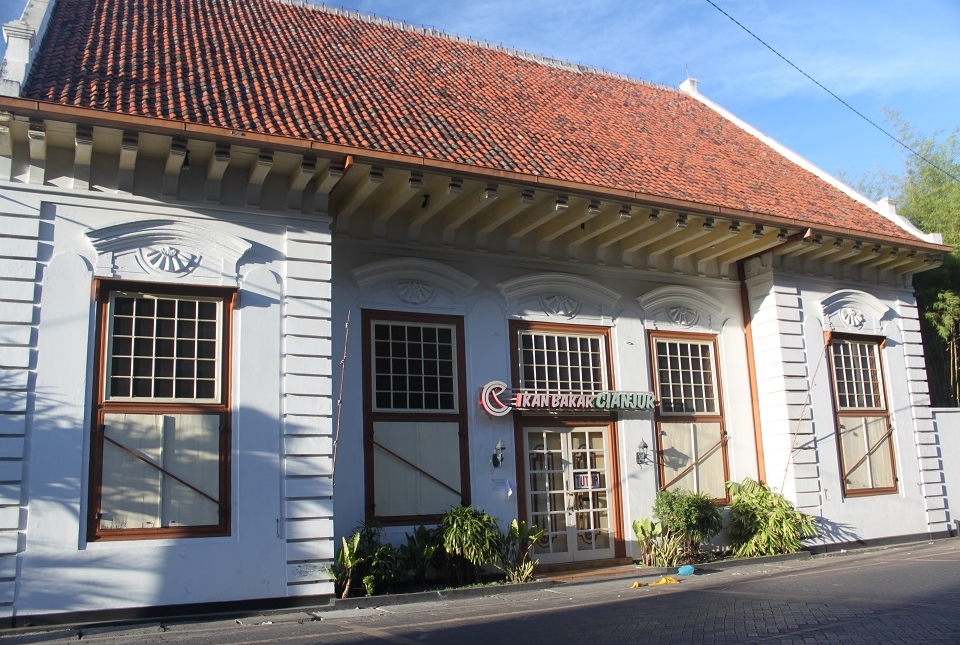 The Old Office of the The Dutch Indies Life Annuity Company

*Update: Despite the widely popular belief, Mata Hari had never actually performed at Marabunta, and the current building was in fact constructed much later than the original Schouwburg.

52 thoughts on “The Fading Charm of the Little Netherlands”