Far from the heartland of Arabia where it was born, Islam reached the farthest side of the world known by the Arabs as Tsin, China. Muhammad himself in a popular but not necessarily reliable hadith (reports describing Muhammad’s words, actions, and habits) said that Muslims must seek knowledge even unto China, enough reason for his followers to travel to the country. However it was trade that fueled Arab and Persian voyages to China, a land that has been known for its lucrative trade and economy, even until today.

In the seventh century, when China was ruled by the Tang dynasty, Islam arrived in China by way of Canton, present-day Guangdong province which is home to the first mosque in the country. Similar to the introduction of Islam in Southeast Asia, the new religion spread in the middle kingdom in peaceful ways as opposed to wars and conquests by which it was spread in South Asia, the Middle East, and North Africa.

Over centuries encompassing four ruling dynasties – Tang, Song, Yuan, and Ming – Muslims in China grew from a community of traders to one holding important positions in the government. The founder of the Ming dynasty had several Muslims as his trusted generals, and the fourth emperor of the dynasty, Yongle, who ruled in the early 15th century commissioned one of the most important, and arguably the most ambitious, sea expeditions in Chinese history, led by a Muslim admiral.

Zheng He, also called Cheng Ho, was a Muslim eunuch who became an adviser to Zhu Di, a Ming dynasty prince who would ascend the throne as Yongle emperor after defeating the previous emperor, his own nephew. Zhu Di’s ascension provided Zheng He with a bigger and more important role in the government. In 1405, the Yongle emperor commissioned a series of seven sea voyages to the Indian Ocean to establish a Chinese presence far beyond their realm as well as to project Chinese wealth and power to the known world. 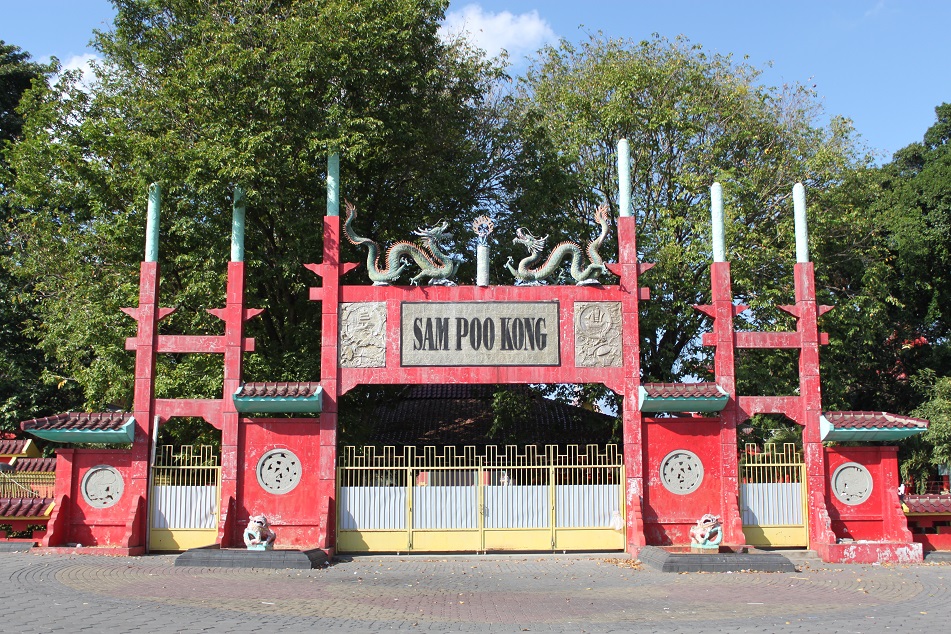 The Gate to the Temple Compound 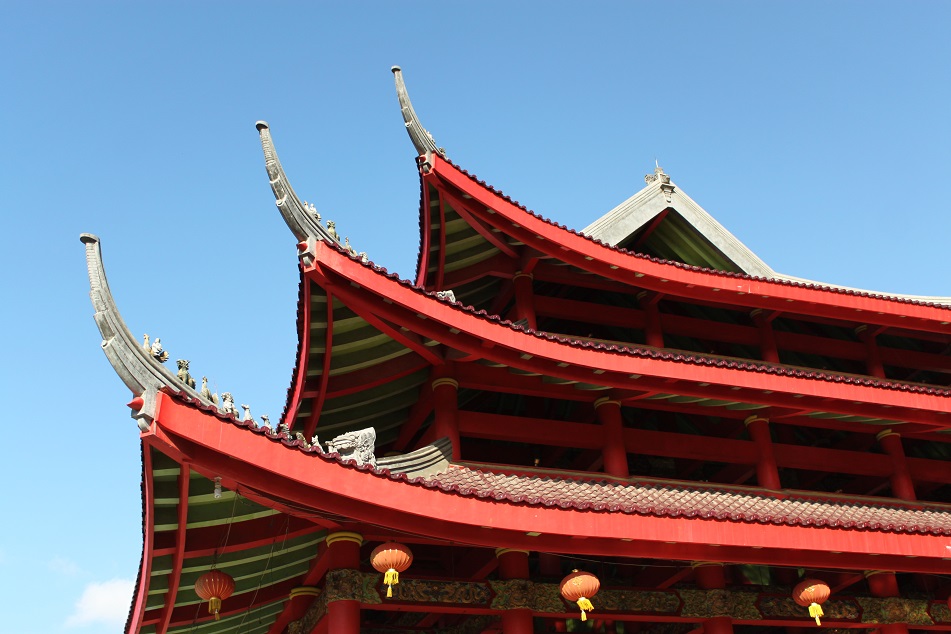 Within the span of almost three decades, Zheng He’s expeditions brought him to kingdoms, sultanates, and lands in Southeast Asia, South Asia, the Arabian peninsula, and the eastern coast of Africa, dispensing Chinese cultural artifacts along the way and bringing home exotic items and animals, from spices to ivory, ostriches and giraffes. His treasure fleet was so massive that a combined fleet of Christopher Columbus’ and Vasco da Gama’s would easily fit in one Zheng He’s treasure vessel. Baochuan, or the treasure vessel, was in fact the biggest wooden vessel ever made on the planet.

Not only trade and commerce, Zheng He was also involved in several armed conflicts along the route, including an encounter with the notorious Cantonese pirate, Chen Zuyi, who at that time posed a perennial threat to the trade activities in the Strait of Malacca. Zheng He successfully defeated the pirates and brought security to the important trade route which today is still one of the world’s busiest sea routes.

On his first voyage, Zheng He visited Java where Islam was beginning to gain grounds and gradually replacing Hinduism as the major religion on the island. He returned to Java on his second, third, fourth, fifth, and seventh voyages, making Surabaya, Gresik and Tuban on the eastern coast of the island his usual ports of call. Semarang, located on the northern coast of the central part of Java, was never mentioned in any historical account of places Zheng He visited. However a popular legend among the local residents suggests otherwise.

Legend has it that Zheng He set the foundation of Sam Poo Kong temple in Semarang at the banks of Kaligarang river. The temple was destroyed by a landslide in the 18th century and was rebuilt several decades afterward. By the 19th century a local landlord purchased the land where Sam Poo Kong stood, and charged those who visited the temple with a hefty entrance fee. In response to this, the devotees moved a statue of the great Chinese admiral to Tay Kak Sie, a much smaller temple located within the city’s Chinatown.

Today a giant statue of Zheng He sits on a corner of Sam Poo Kong’s vast courtyard, and a smaller statue of him is placed right in front of Tay Kak Sie. Both temples are testaments to the thriving Chinese community of Semarang, Indonesia’s fifth largest city with a population of a little less than two million people. Regardless the dubious accounts of his visit, the veneration of Zheng He by the locals help cement the city’s cultural integration, making Semarang synonymous with delectable Chinese Peranakan dishes and a largely peaceful multicultural society. 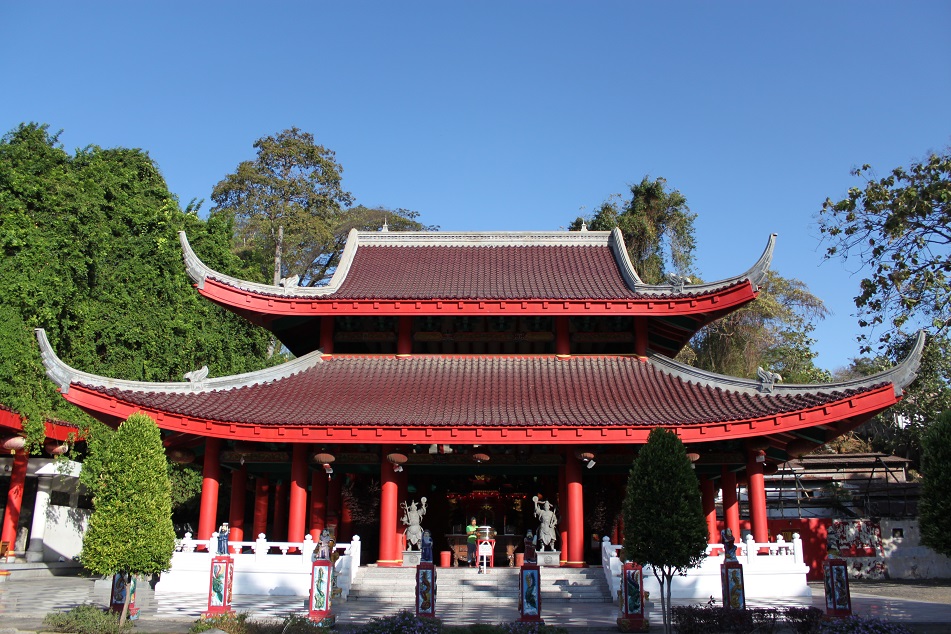 A Lesser Shrine in the Temple Compound 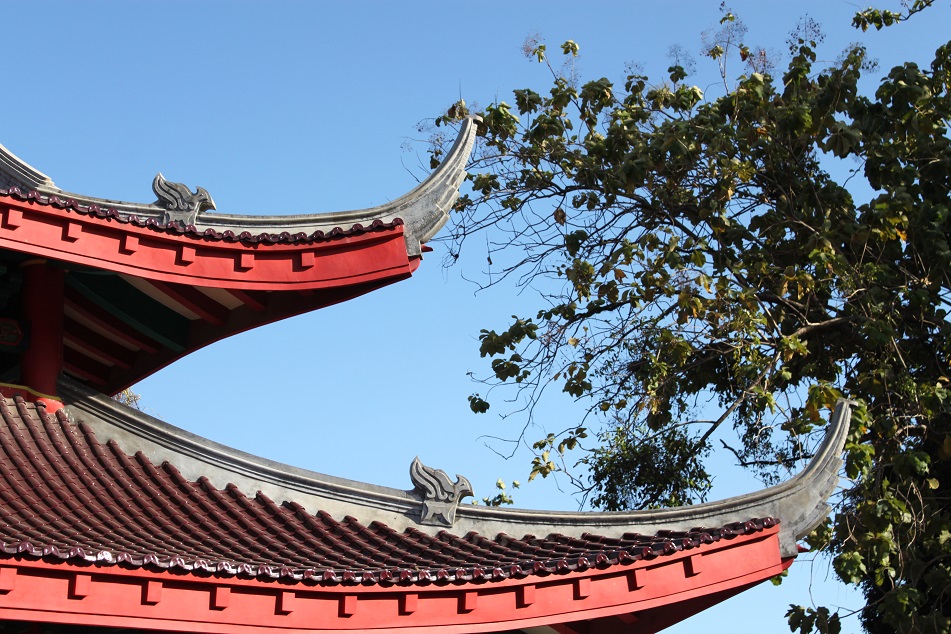 Sam Poo Kong was Purportedly Founded by Zheng He Himself

Tay Kak Sie, at the Heart of Semarang’s Chinatown

38 thoughts on “Zheng He and the Treasure Voyages”