A Soaring New Skyscraper in Surabaya

Once upon a time in the 12th century, a Javanese oracle foresaw an epic fight between a giant shark and a giant crocodile in the Brantas River in eastern Java. About a century later, an event interpreted as the manifestation of this prophecy occurred: the Mongol invasion of Java in the late 13th century. The Mongols – invaders from the sea with a powerful military – were perceived as sharks, while Raden Wijaya’s land-based armies were seen as crocodiles. The crocodiles first helped the sharks to subdue a kingdom in the heart of eastern Java, but then turned on them and drove the sharks away to rule the land themselves. While more events that were deemed as the fulfillment of the prophecy happened in the centuries that followed, nothing was more defining than a major struggle more than 700 years after the prediction was made.

Months after Indonesia’s declaration of independence following the Allied victory over Japan in 1945, the British landed in the nascent republic to help the Dutch (their ally during World War II) regain control of their former colony. The city of Surabaya which had already been established as an important trading port in Asia for centuries – where Admiral Zheng He made landfall in some of his treasure voyages – was among the fiercest battlefields between the British and the Republican forces. On 19 September 1945, the red-white-and-blue Dutch flag was hoisted on top of Hotel Yamato (formerly Hotel Oranje) which provoked the Indonesian nationalist militia. Subsequently, they stormed the hotel and tore off the blue part of the Dutch flag to make it the red-and-white Indonesian flag. In the ensuing weeks, tensions escalated and the city witnessed sporadic skirmishes.

On 10 November 1945, after a series of negotiations and miscommunication, the British began a full-scale military action against the Indonesian forces in Surabaya. Supported by naval and air bombardment, in just a few days the British eventually conquered the city and forced the ill-equipped Indonesian forces to flee. Thousands of people were killed, making it the bloodiest battle during the Indonesian National Revolution. In memory of the bravery of the Indonesians who died in the war, the 10th of November is now commemorated in the country as Heroes’ Day.

Some things have changed in 21st-century Surabaya, but many aspects remain the same. Home to 3.5 million people – Indonesia’s second largest by population after Jakarta – Surabaya is unsurprisingly one of the country’s most important economic hubs. Its port is the nation’s second busiest and the industrial areas surrounding the city contribute significantly to the Indonesian economy. When it comes to the people, Surabayans – known as Arek-Arek Suroboyo (Teenagers of Surabaya) – have a reputation for being brash straight talkers. A close friend of mine in college who is native to Surabaya once told me that when he moved to other parts of Java he found the people very soft-spoken. “Even when they challenge you in a fight, they don’t sound intimidating to me,” he said.

Bonek, fanatic supporters of the city’s main football club, are known as the hooligans of Indonesia, although in a city which traces its creation myth to a shark and a crocodile this is hardly bewildering. However, the benefit of dealing with straight talkers is that you’ll always get what you see, although admittedly as a person who was born and raised in communities where people prefer to talk indirectly, I found Surabayans generally very intimidating at first. To present-day Indonesians, Surabaya is also known for its much-loved mayor, Tri Rismaharini (popularly nicknamed Risma), who has been in office since 2010 and has successfully transformed the city into a more livable place through her hands-on, no-nonsense approach.

Surabayans can now be more proud than ever to have a mayor who dedicates her time to improving the quality of life of its residents. Inspired by the customer handling systems of fast food restaurants, she overhauled the city’s complaint handling mechanism and made necessary improvements so people are now able to get a quick response to their problems. Her innovative solutions for Surabaya’s environmental and social problems hasn’t gone unnoticed beyond Indonesia as she has been awarded multiple accolades, including from the U.N., and consistently ranks as among the world’s best mayors.

In mid-May 2018, however, she and all Surabayans were confronted with horrific acts of terror as several radicalized families carried out suicide bombings at churches across the city, killing 27 people including the perpetrators themselves. In a true Surabayan way, widespread sympathy for the victims was expressed not only on social media under the #KamiTidakTakut (We Are Not Afraid) hashtag, but also through a groundswell of support for the mayor and the police. Surabayans were defiant and refused to be cowed into fear. “Normalcy returned to the city three days after the bombings,” my resident Surabayan friend told me. Surabaya’s signature Javanese expletive, this time directed to all terrorists, also went viral, unifying Arek-Arek Suroboyo, bonek and other people in the country and giving a clear message to those who are trying to tear the city’s social fabric apart: back off because we are not afraid!

The 18th-Century Grahadi Building, the Official Residence of the Governor of East Java

Surabaya’s City Hall at the End of the Street

One Corner of Indonesia’s Second-Largest City 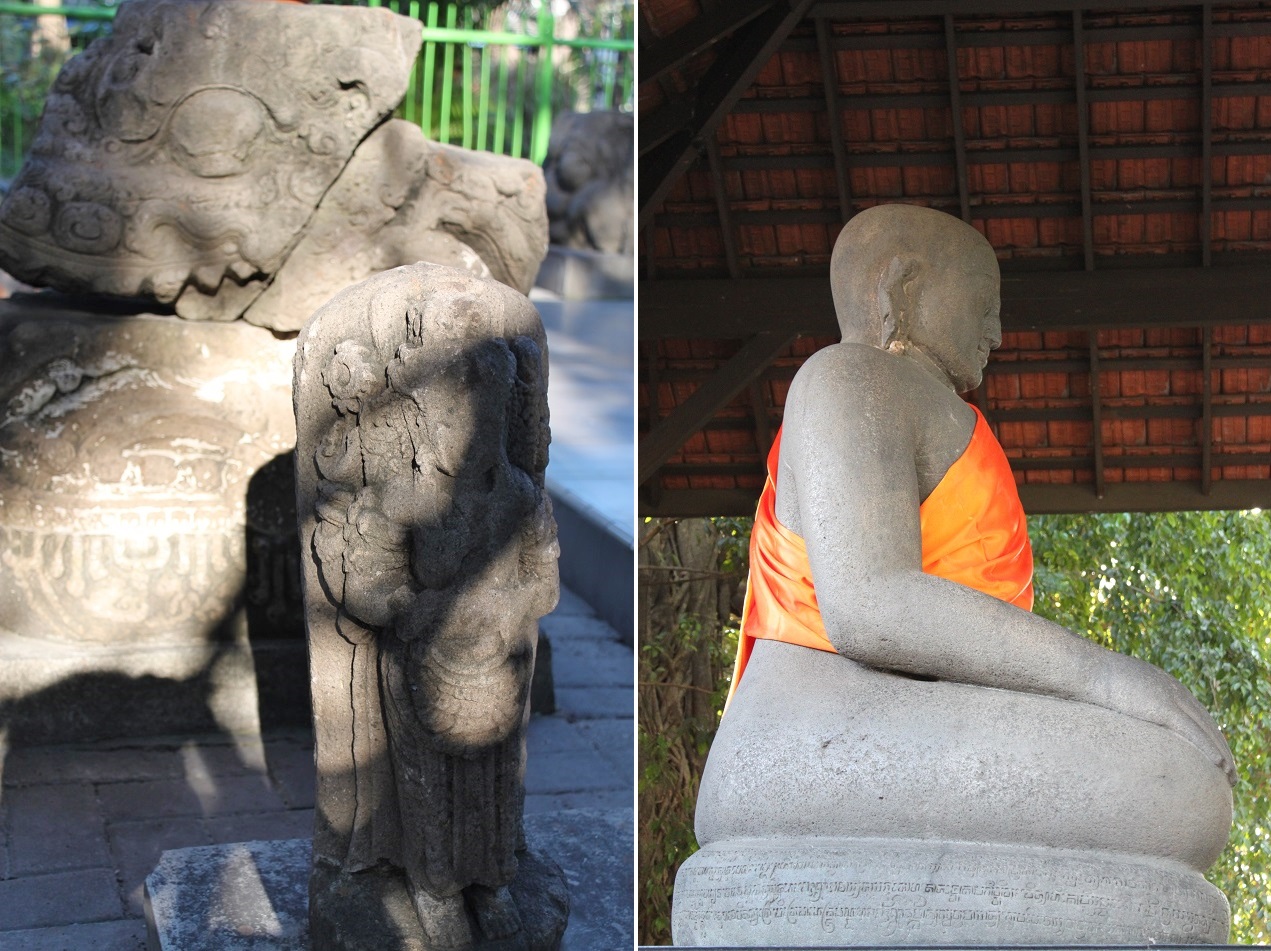 The Hindu God Vishnu (left) and the 13th-Century Statue of Kertanegara, the Last King of Singhasari (right) 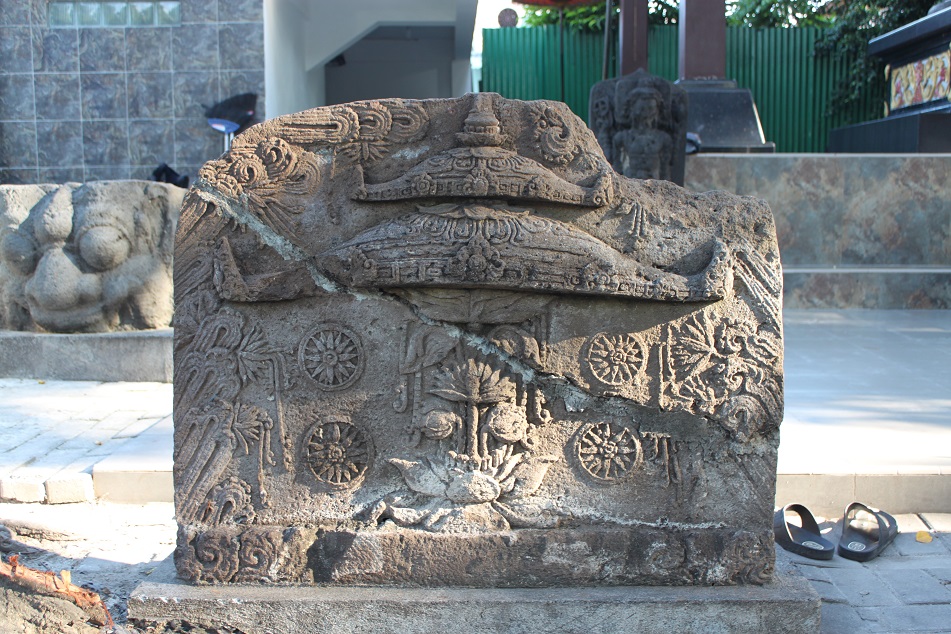 Vestiges of the Past 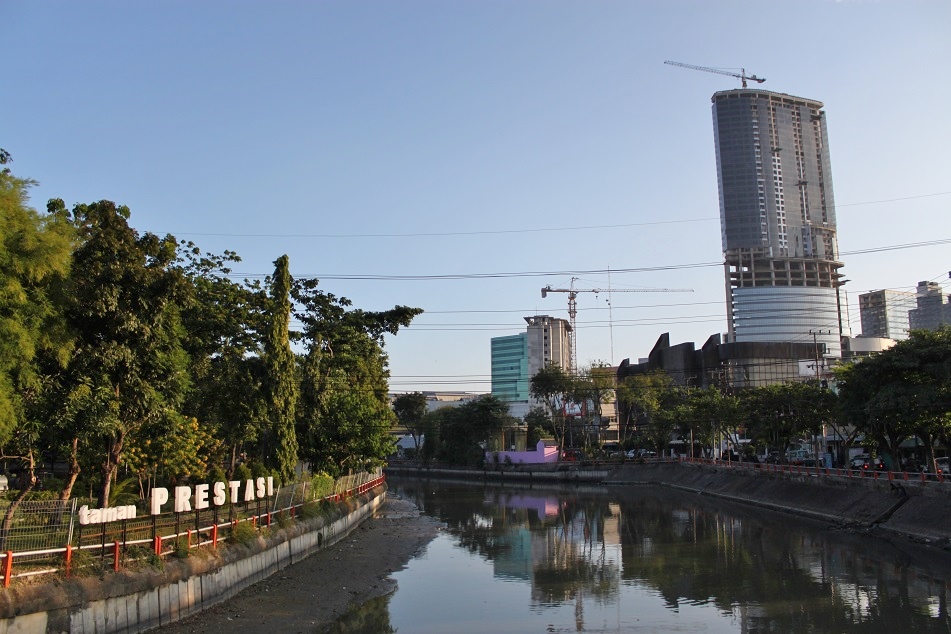 New Construction along the Mas River

A Lovely Afternoon Stroll at Taman Prestasi, A Small Park in the City

Local Kids Playing at the Park 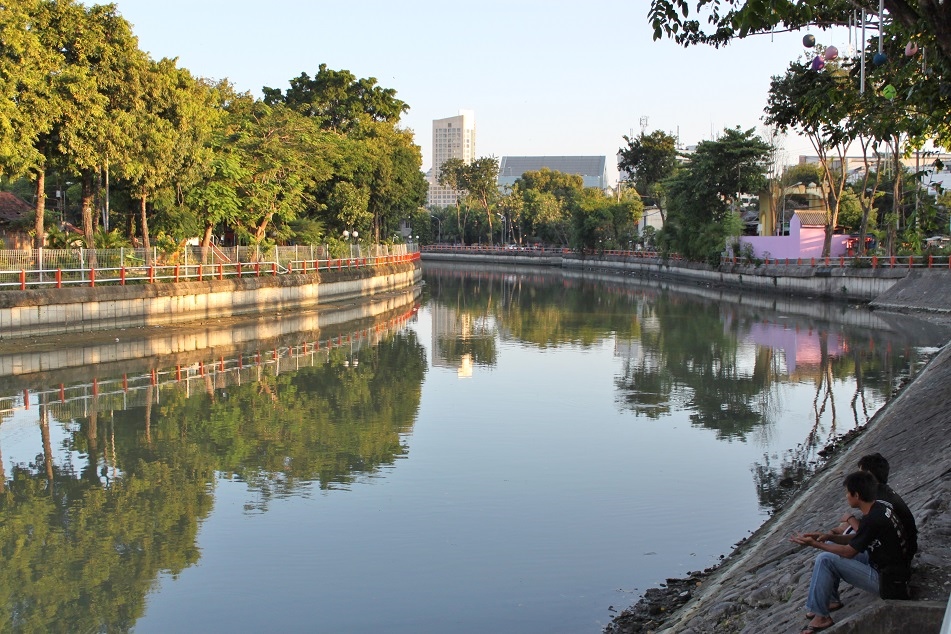 The Mas River (A Tributary of the Brantas), Where the Javanese Fought Against the Mongols in the 13th Century

36 thoughts on “Surabaya: Brash and Brave”