Candi Kalasan, A Temple for Tara

In the late seventh century AD the Sailendras, a prominent patron of Shaivism (a sect in Hinduism), continued to grow as an important dynasty with a Sailendran queen, Shima, as the ruler of the kingdom of Kalingga in the northern coast of Central Java. According to the Tang dynasty accounts, the capital of Kalingga was surrounded by walls made of wood and during the reign of Queen Shima thievery was considered a serious crime for she valued honesty above other things. A few years later Sanna, another Sailendran king, ascended the throne and he would rule for only seven years.

The death of Sanna brought chaos and disunity to the kingdom, but in 717 AD a nephew of the deceased king claimed the throne and brought order back to the former realm of the Sailendras. The new king, Sanjaya, then established a new kingdom called Medang which would grow into a formidable power and dominate the political landscape of Java for the next three centuries. Before Sanjaya’s death after ruling the kingdom for four decades he requested his son, the crown prince, to take a drastic measure to secure support from the people: converting himself to Buddhism for the people of Medang considered the latter to be more pacifist by nature.

After the death of his father, Panangkaran, the new king who was now a Mahayana Buddhist, began in earnest the construction of Buddhist temples and monasteries particularly in Kedu Plain, a fertile region at the heart of Java where rice fields were in abundance thanks to the rich volcanic soil and the unlimited supply of water from all the rivers flowing through the plain, ideal to sustain the political center of the kingdom. One of the first temples built under the auspices of Panangkaran was Tarabhavanam, dedicated to the female bodhisattva, Tara, depicted as a figure of compassion and personification of virtues in Mahayana Buddhism. Along with the construction of the temple, a Buddhist monastery was also built, adorned with images of various bodhisattvas. Today they are known as Candi Kalasan and Sari, respectively. 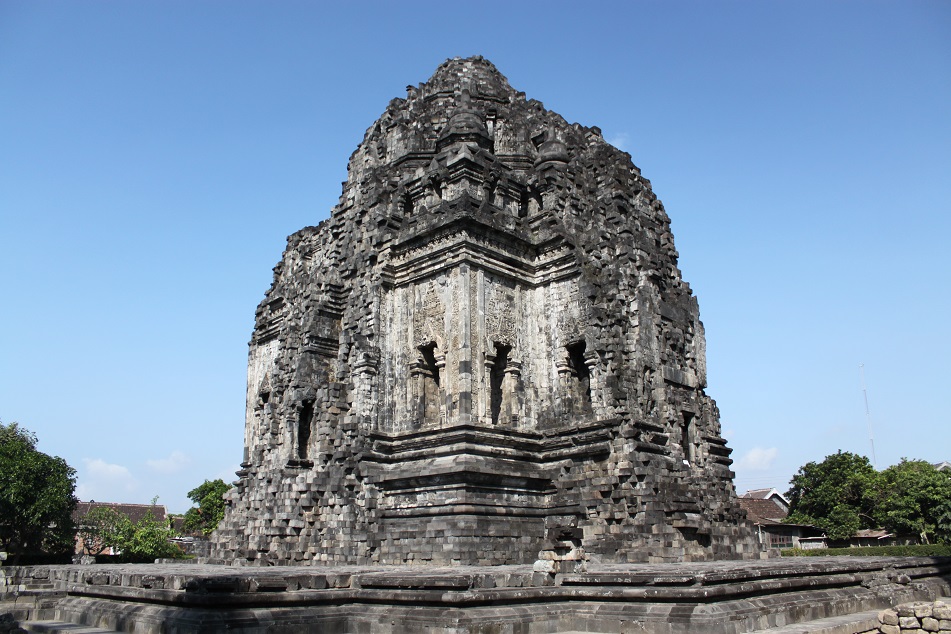 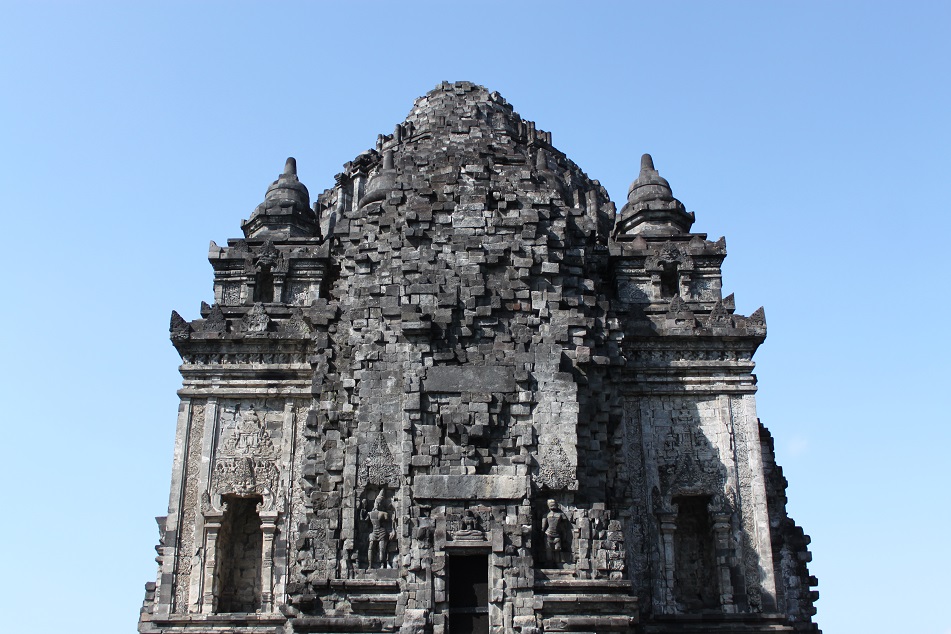 A Shrine Dedicated to the Female Bodhisattva

Kala and ‘Gelung Sulur’ Pattern on the Edges 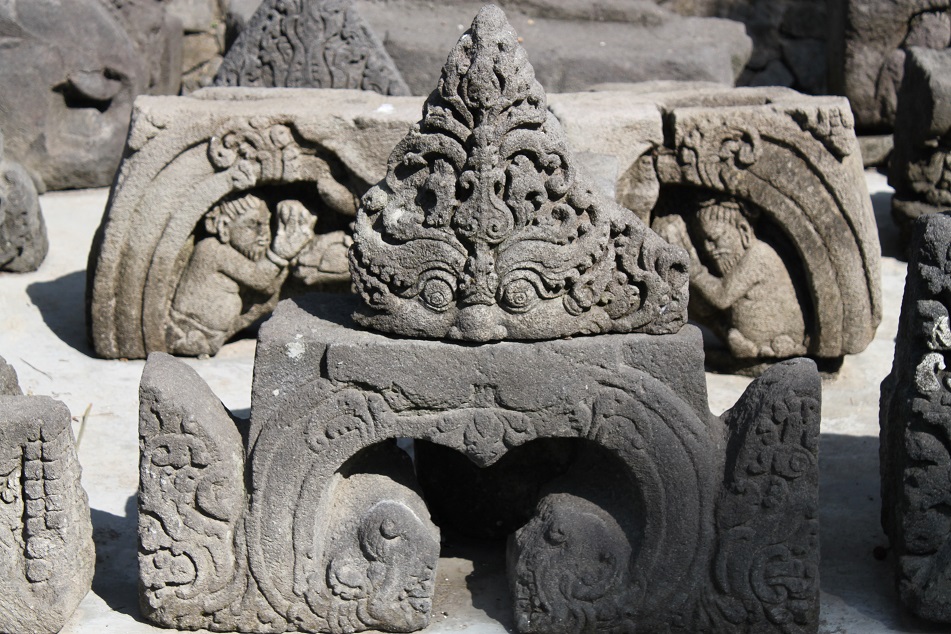 Scattered Fragments of the Temple

Reliefs of Bodhisattvas on the Facade

A Two-Story Monastery for the Monks of Kalasan 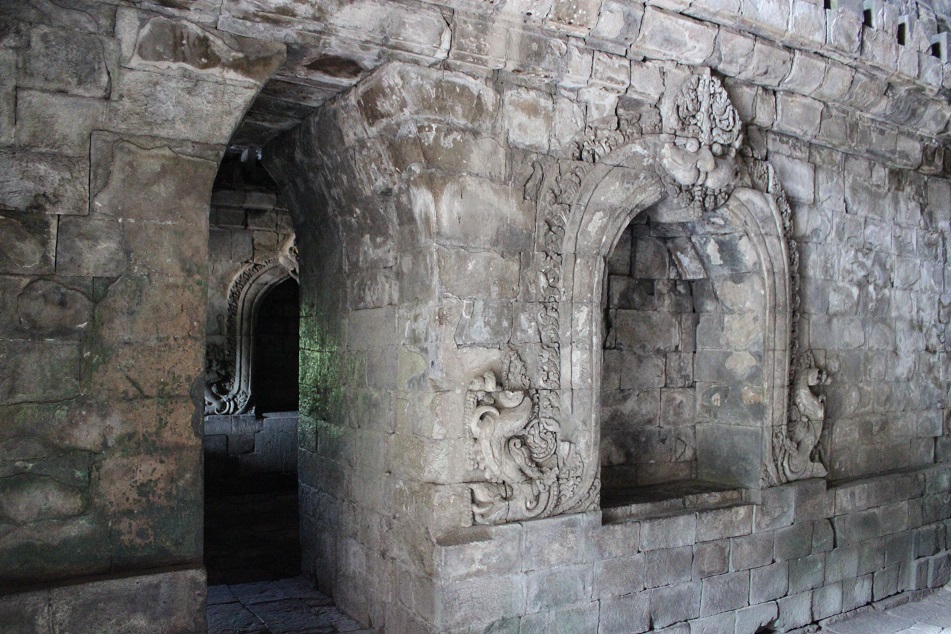 A Niche Decorated with Kala-Makara 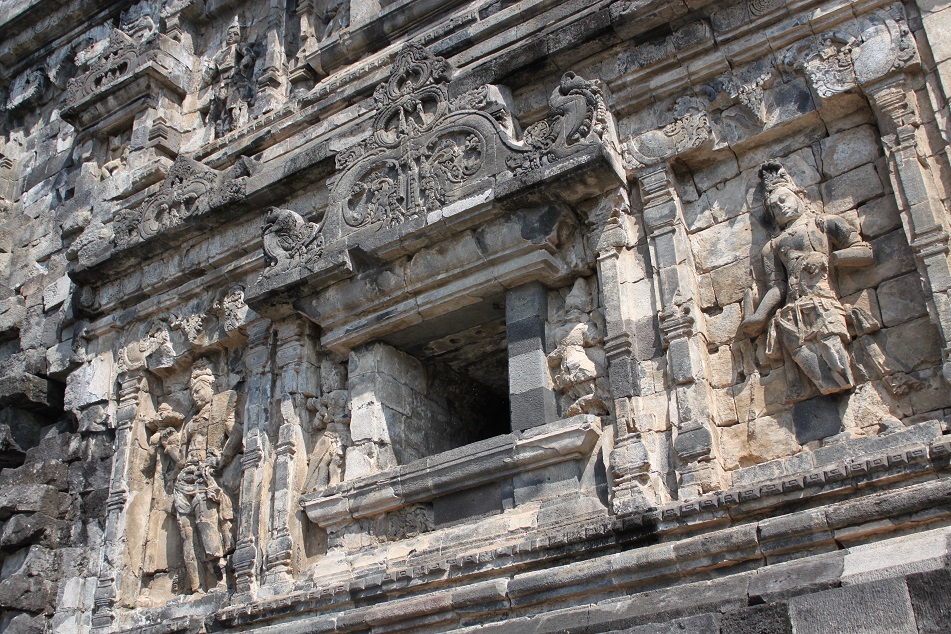 There were remaining Shaivists within the Sailendra dynasty, a group some scholars referred to as the Sanjaya dynasty, who refused to embrace the new religion and continued practicing their worship of Shiva. However as the influence of Hinduism at the heart of the kingdom waned, they focused on the northern highlands instead, building many small temples on mountain slopes, including those at the slopes of Mount Ungaran, as well as extending the existing Hindu shrines throughout the region.

Today the shrines of Mount Ungaran are collectively called Candi Gedong Songo, ‘Nine Buildings Temple’. Despite the name, only five have been reconstructed while the rest remain as ruins. It is believed that the temples were built between the eighth and ninth centuries, around the same time with the beginning of the golden age for Mahayana Buddhism in Kedu Plain, heart of the kingdom of Medang.

Traces of Shaivism are evident particularly at Gedong III and V. Reliefs of Durga Mahisasuramardini, Ganesha and Agastya on their outer panels are unmistakably Shaivist (all the three are always associated with Shiva). Meanwhile Kala and Makara, creatures in Hindu mythology, adorn almost all of Candi Gedong Songo’s facades, as well as that of Candi Kalasan in the south, an example of how a new religion adapt with elements of the local culture.

The Sanjayas, or Hindu Sailendras, found their influence shifted to the north. Meanwhile fifteen years after Panangkaran converted into Buddhism and became the king of Medang, his successor would not only send chills down the spines of the Sanjayas, but also other kingdoms in the region as far as Champa in modern-day southern Vietnam. A new chapter of rivalries among powers in the region had just begun. 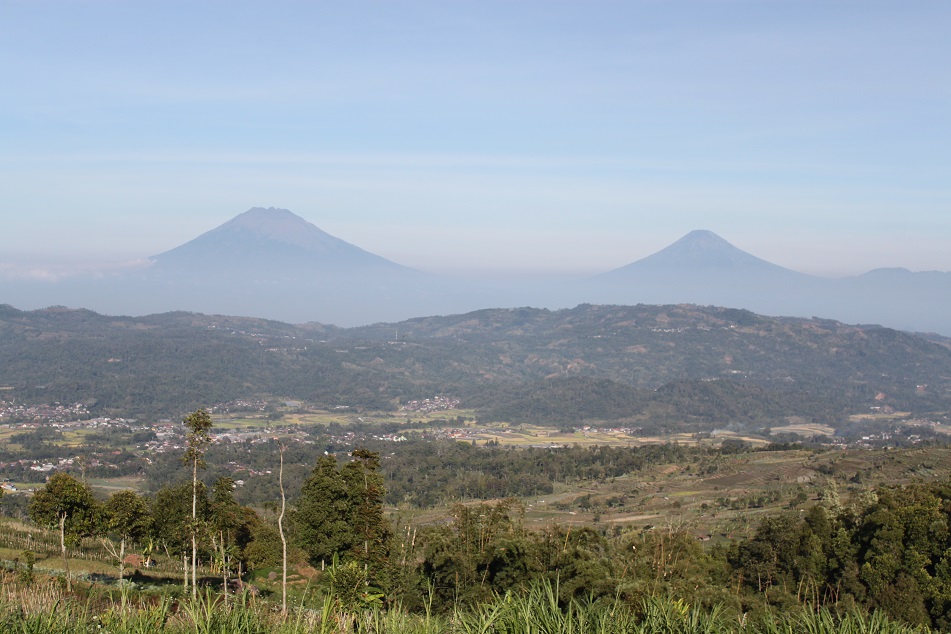 An Inspiring View for the Sanjayas 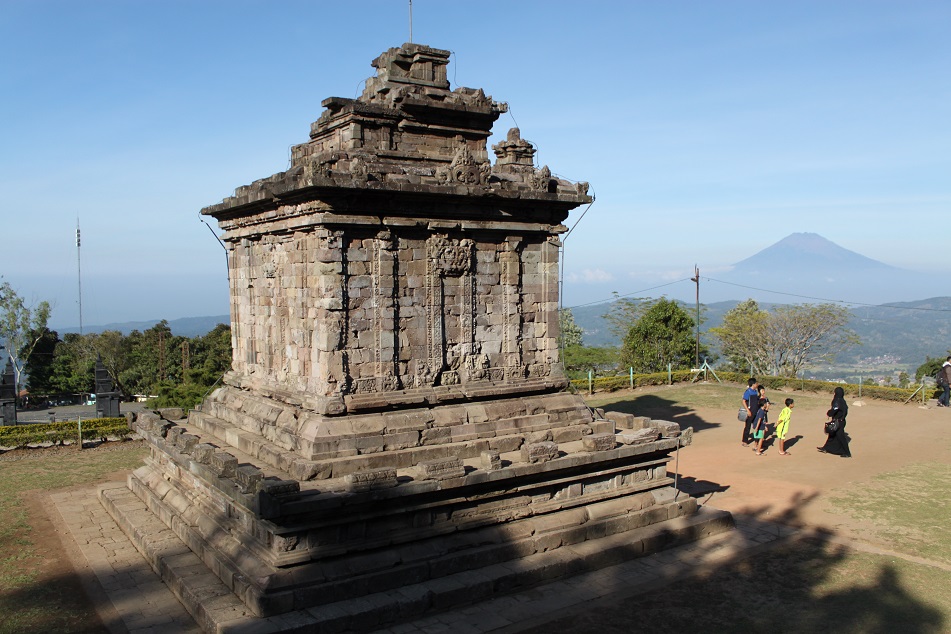 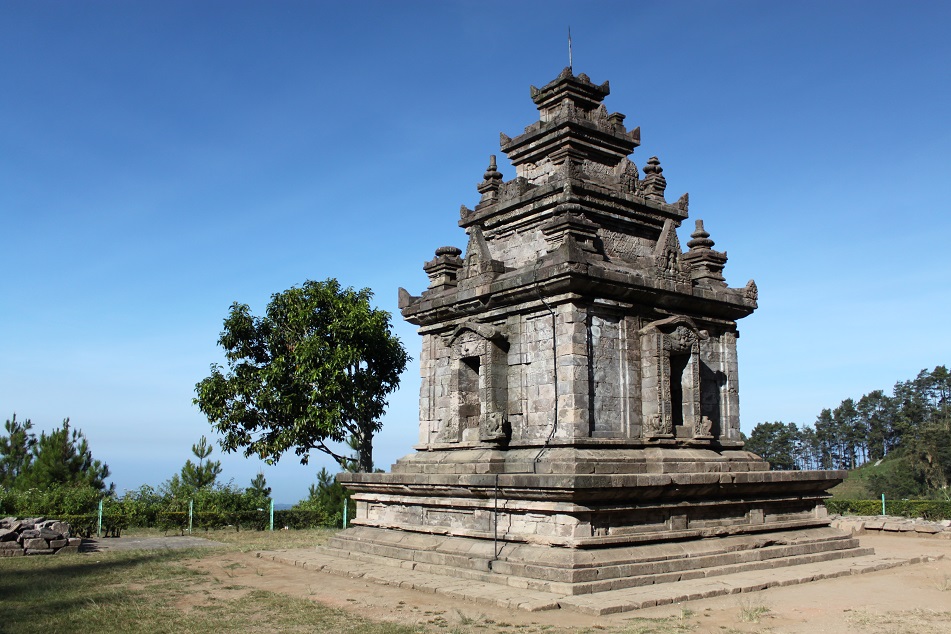 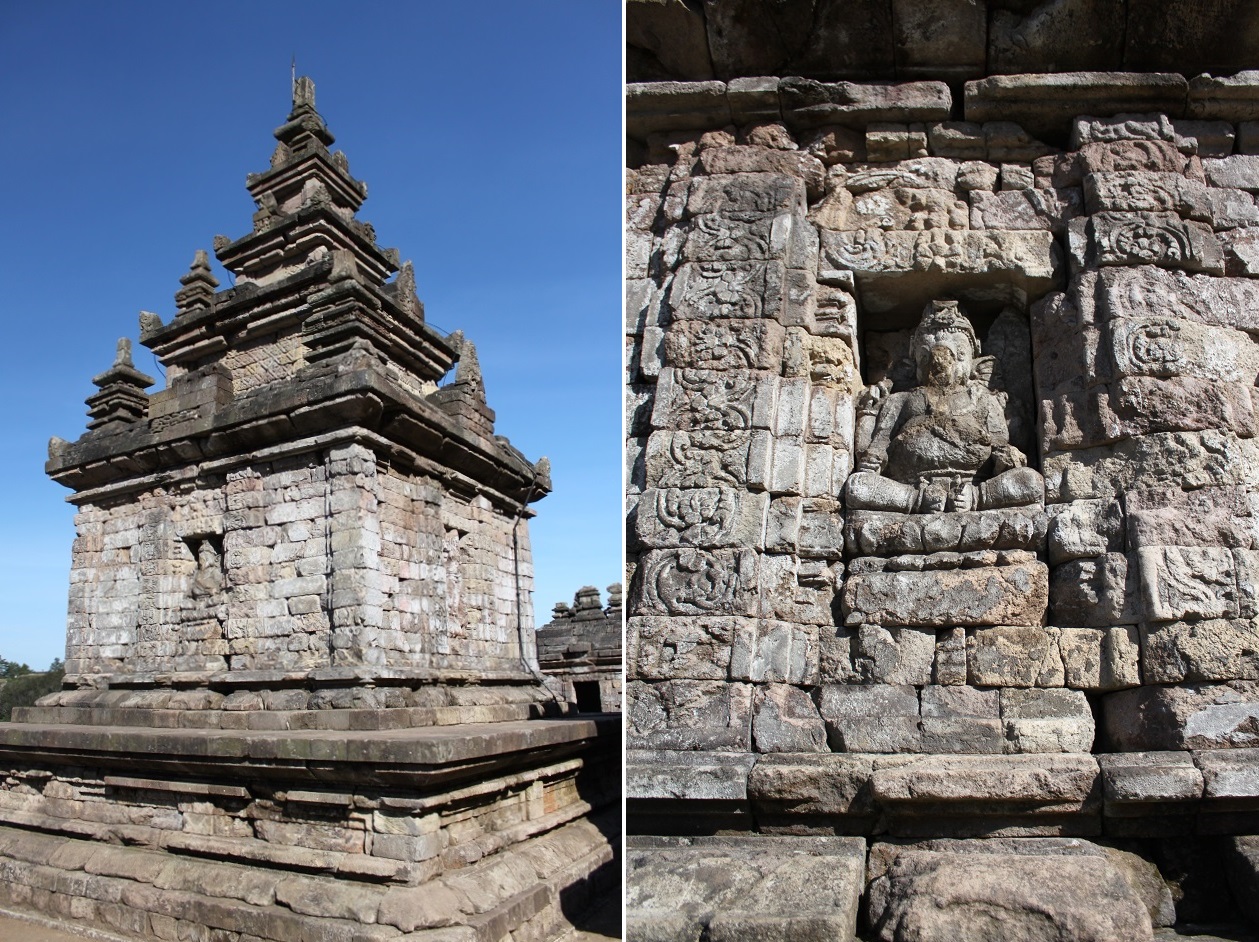 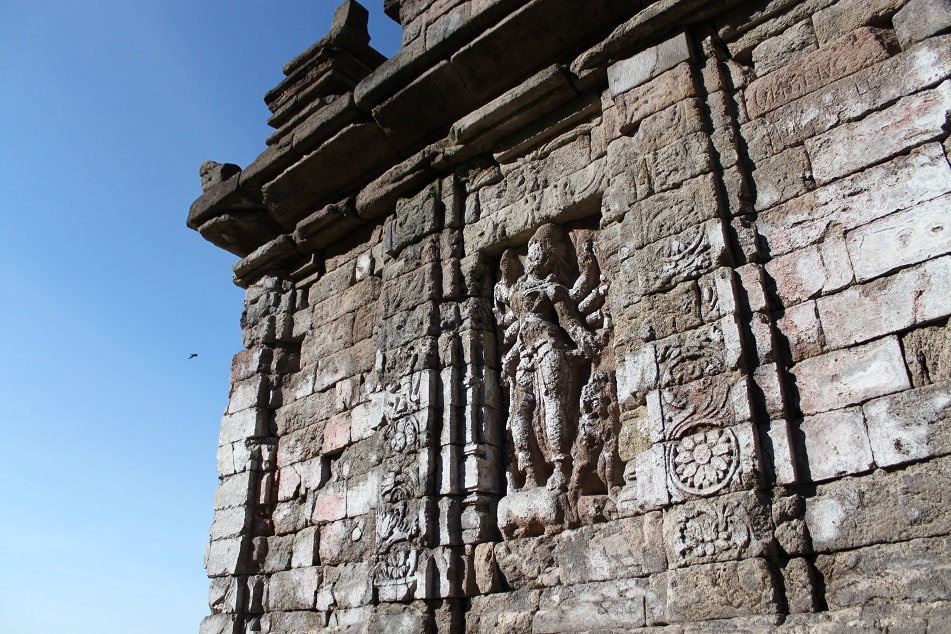 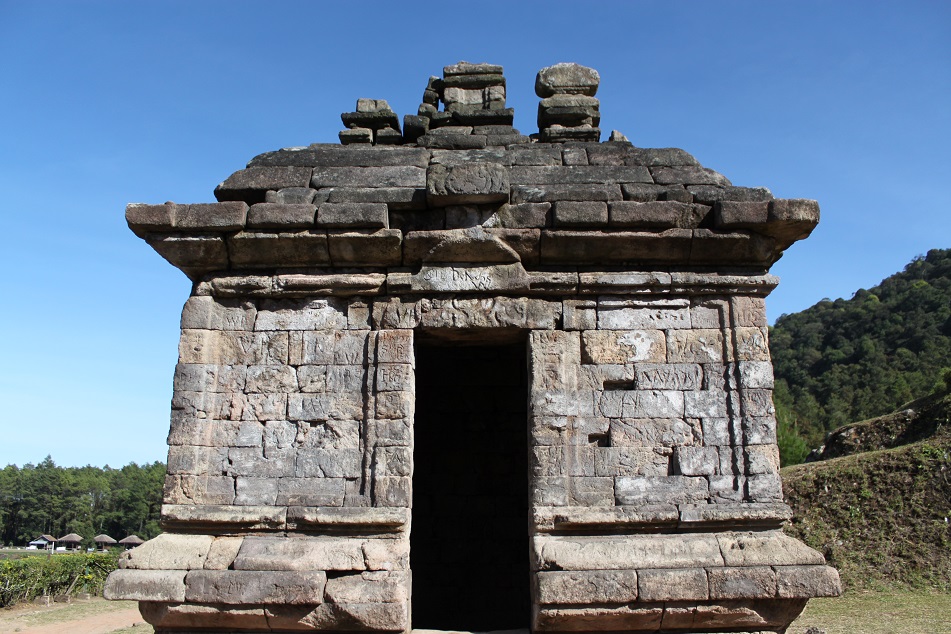 Close-Up of A Mandapa, Gedong III

Candi Gedong IV and the Ruins of Its Pervara (Lesser) Temples

A Small Shrine near Gedong IV

Candi Gedong V, Perched on the Highest Hill in the Area

59 thoughts on “Sailendra: From Shaivism to Mahayana Buddhism”