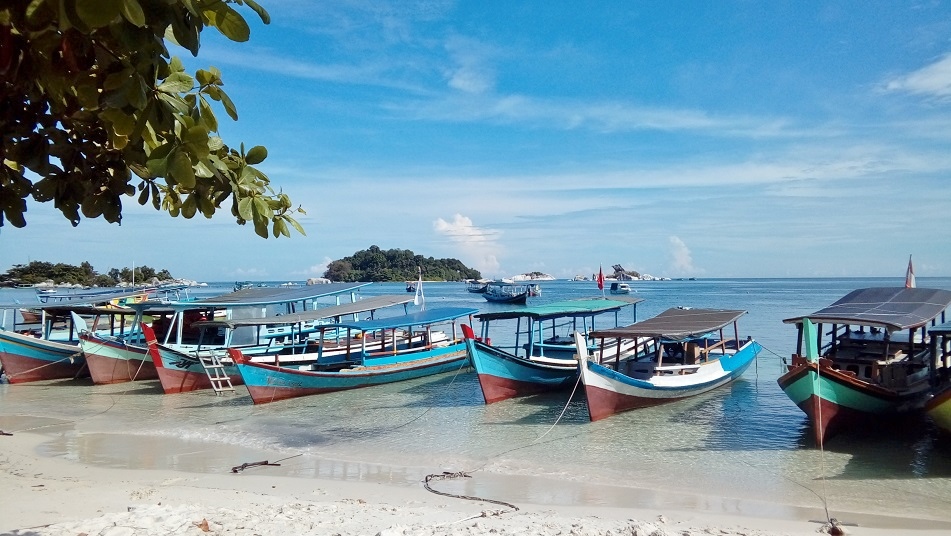 Have you ever wondered whether or not you should bring your camera before leaving the house for a trip? And when your decision is to go without it have you ever regretted it?

This happened to me on a company outing almost two years ago during the height of the rainy season in the western part of Indonesia. We were going to Belitung, an island just a one-hour-flight away from Jakarta that has become an increasingly popular holiday destination thanks to its white sand beaches and turquoise water. But being in a time of the year when torrential downpours are a daily occurrence, I was reluctant to bring my camera for I thought we would only get gloomy skies throughout the trip.

We landed at the island’s sole airport, 12 kilometers to the east of Tanjung Pandan, Belitung’s main city of less than 90,000 people. From the look and smell of the airport it was evident that a recent renovation and upgrade had been carried out, proof of the island’s growing tourism industry. A little over a decade ago, however, Belitung was hardly on most Indonesians’ radar as a place for holidays as it was better known for its tin mining, an industry that was first started by the Dutch when the island was still called Billiton and much of the archipelago that is now Indonesia (including Belitung) was under their control. After Indonesian independence, Dutch tin companies operating across the country were nationalized and eventually merged into a government-owned company called Timah, literally ‘tin’ in Bahasa Indonesia.

Despite being only half as big as the island of Cyprus, and only slightly larger than Hawai’i (the big island), Belitung is one of Indonesia’s main tin-producing regions – Indonesia itself is the world’s second-largest tin producing country, trailing only China. Unsurprisingly, for many years Timah has been the largest employer of the island’s local population, from those working directly at the mining sites to the ones at the company’s office. Others on the island benefited too; thanks to the higher-than-average disposable income of Timah’s employees, local businesses thrived. Nevertheless, the mining industry has predictably had a negative impact on the environment – the island is now pockmarked with ‘lakes’ which are in fact what remain from abandoned open-pit mining sites.

About ten years ago Belitung’s economy began to shift from being heavily reliant on the tin industry to one that is more diversified, a gradual change that is largely attributed to one film: Laskar Pelangi (The Rainbow Troops) which was an adaptation of a novel by the same title. In a similar fashion with how The Lord of the Rings series put New Zealand on the global map and how The Beach did the same for Thailand’s southern beaches and islands, the 2008 Indonesian movie which follows the struggles of 10 schoolchildren and their teachers in Belitung in pursuing their dreams and hopes for a brighter future has put the island’s unspoiled beaches in the spotlight for the Indonesian public.

The once-sleepy airport on the island began to see a surge of visitors who came not for its mining, but solely for tourism. Today no less than six airlines fly directly from Jakarta to Tanjung Pandan, bringing in weary Jakartans seeking refuge from the capital’s hustle and bustle. And exactly because of this my division of the company I currently work at picked Belitung for the outing back in November 2016. As we explored one beach after another, taking a short boat ride to Lengkuas Island off the northwestern tip of the main island where a white lighthouse stands tall and offers a sweeping view of the surrounding natural beauty, catching a glimpse of a monolithic rock which reminded me of those I saw in Sri Lanka, all unfolding before my eyes under glorious blue skies, my regret for not bringing my camera only grew bigger. Fortunately I still had my mobile phone with me, albeit fitted with a low-end camera, so the memory of this beautiful island is not only stored away in my mind. I certainly learned my lesson. 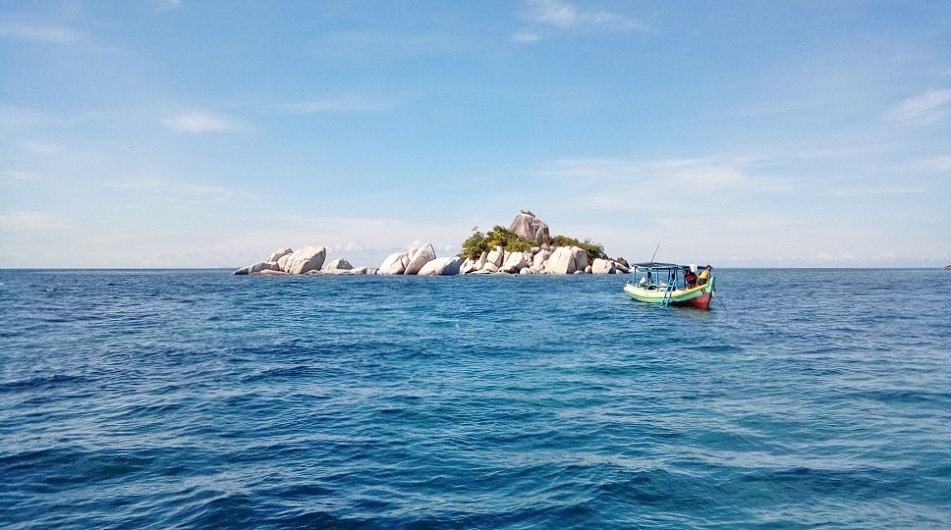 This 70 Meter-Tall Lighthouse was Erected in 1882

The Southeastern Side of Lengkuas Island, as Seen From the Lighthouse 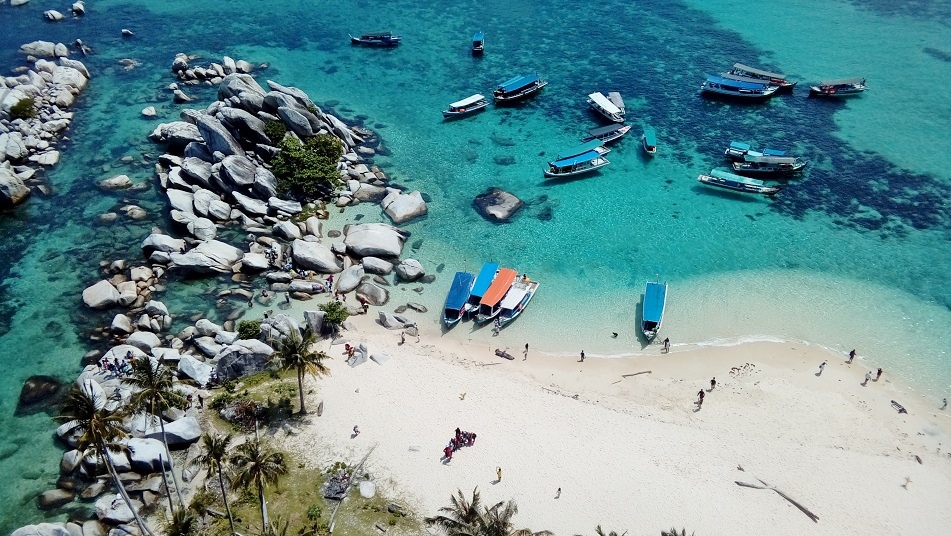 A Combination of Colors I Never Get Bored Of

The Northwestern Side of the Small Island

Snoozing Next to A Loudspeaker

A Rocky Promontory at Penyabong Beach

Danau Kaolin (Kaolinite Lake), A Relic of Belitung’s Mining Past

Sunset On A Rather Cloudy Day

Calmness Before the Night Falls

90 thoughts on “Belitung through My Phone”