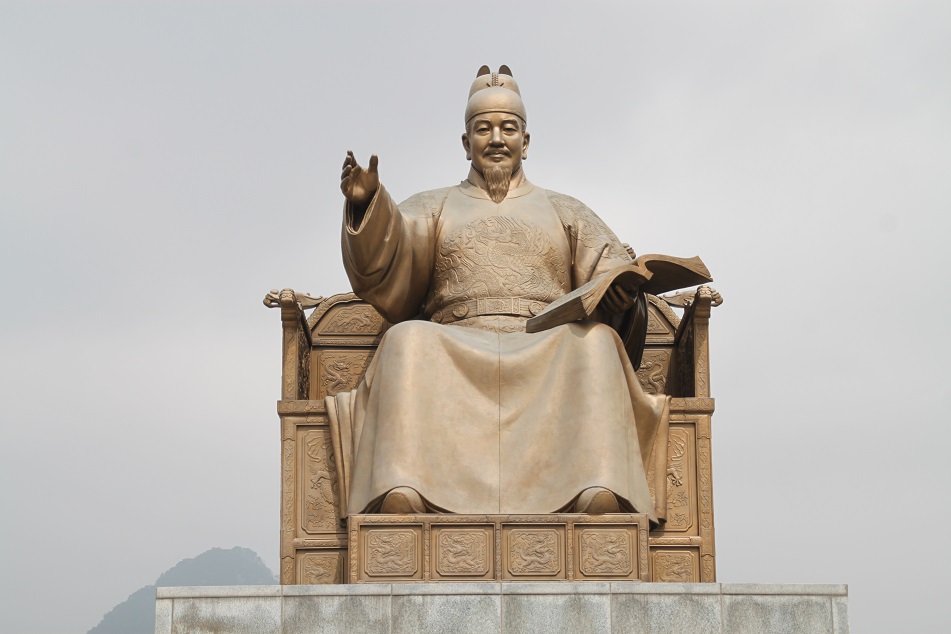 King Sejong, One of Korea’s Most Revered Monarchs

Palaces… always built on a monumental scale, at auspicious sites, and embellished with rich ornamentation. Unlike great temples, churches or mosques which were commissioned to mark great rulers’ authority over their subjects (unsurprisingly, religion has been used to rule people for thousands of years), palaces were constructed to showcase the power and influence of kingdoms and empires all across the globe. A colossal palace once stood in Persepolis as a symbol of Persian dominance over large swathes of land that comprised modern-day northern Greece, Pakistan and everything in between. Many centuries later another magnificent palace was erected in Beijing, a fitting home to the Son of Heaven, the sacred title for past Chinese emperors whom their subjects considered living gods.

Smaller monarchies often resort to the same method of showing off their power too: building impressive palaces more as a display of their sovereignty rather than symbolizing their dominance in their respective regions. 14th-century Korea, ruled by the Joseon dynasty, was one such medium-sized power nestled between two regional hegemons: China and Japan. In 1395, what would become Korea’s grandest palace was constructed, three years after the establishment of the Kingdom of Great Joseon, ruled by its namesake dynasty that would control much of the Korean Peninsula for more than five centuries. Located in the new capital Hanseong (present-day Seoul), Gyeongbokgung – as the palace was named – consisted of thousands of rooms, great halls and gates, a fitting residence for the great kings of the Joseon dynasty.

Literally the Palace Greatly Blessed by Heaven, Gyeongbokgung was built in the mountainous northern part of Seoul. The most imposing, as well as among the earliest, structure within the palace compound is Geunjeongjeon, the throne hall itself where the king granted audiences under the lofty and highly-ornate ceiling of the wooden building. The two-tiered stone platform on which it stands is decorated with sculptures of animals and balustrades carved with floral patterns. Directly behind the throne hall is the king’s quarters, adjacent to that of the queen’s. Deeper beyond this core section of the palace lies gardens and ponds, peppered with beautiful pavilions and different kinds of trees.

Over the years Gyeongbokgung witnessed more structures added within its enclosure by successive kings of the Joseon dynasty. The tranquility of this heavenly palace, however, came to an end when the Japanese invaded Korea in the late 16th century. Fueled by his ambition to conquer the lands to the west, in 1592 Toyotomi Hideyoshi – the de facto ruler of Japan who was also responsible for the construction of Osaka Castle – initiated military campaigns to subdue Korea, a crucial stepping stone for subjugating the more powerful Ming dynasty in China. At the beginning, the Japanese seemed unstoppable and they managed to march their way up to the northern regions of Korea. The presence of hostile forces so close to home prompted the Chinese emperor to send his army to help the Joseon king regain his lost territory. The joint Korean-Chinese forces successfully pushed the Japanese back to the south of the peninsula, although in the years that followed none of the belligerents were able to move any further from their strongholds.

Five years after launching their first attack on Korean soil, the Japanese sent more troops hoping to bring a victorious conclusion to their military campaigns. However, heavy resistance from the Koreans and the Chinese resulted in the Japanese forces further withdrawing to the coastal areas of the peninsula. With the sudden death of Toyotomi Hideyoshi in 1598, Japan withdrew all of their forces in Korea, sending their war-weary soldiers home. A few years later Tokugawa Ieyasu rose to prominence and became the most powerful shogun all over Japan, marking the beginning of a period when the country was effectively under the control of the Tokugawa shogunate. It was during this time that the East Asian power gradually shut itself off from the outside world, a self-imposed isolation which only ended more than two centuries later. 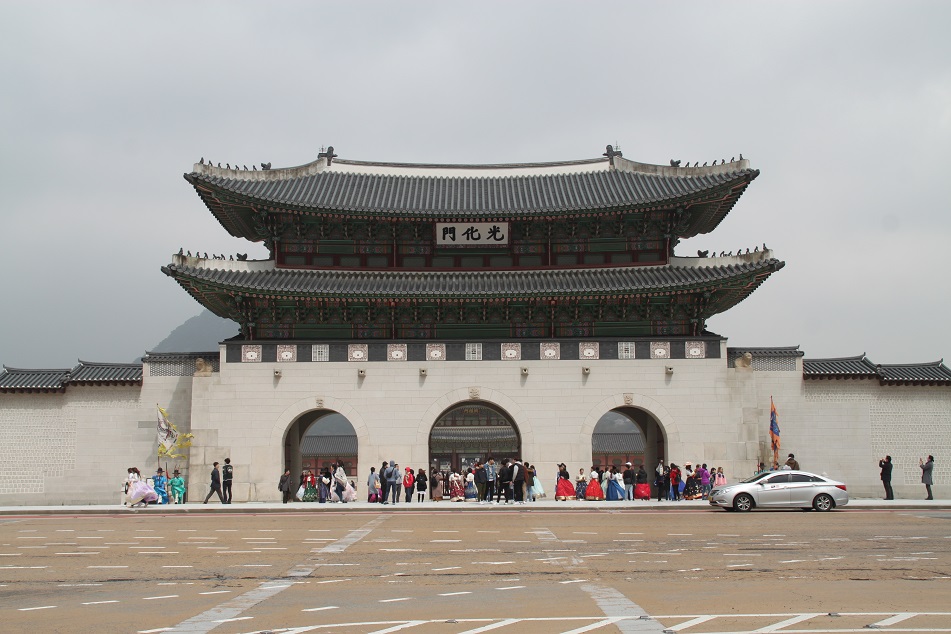 Gwanghwamun Gate, Repeatedly Destroyed and Rebuilt over the Course of Centuries 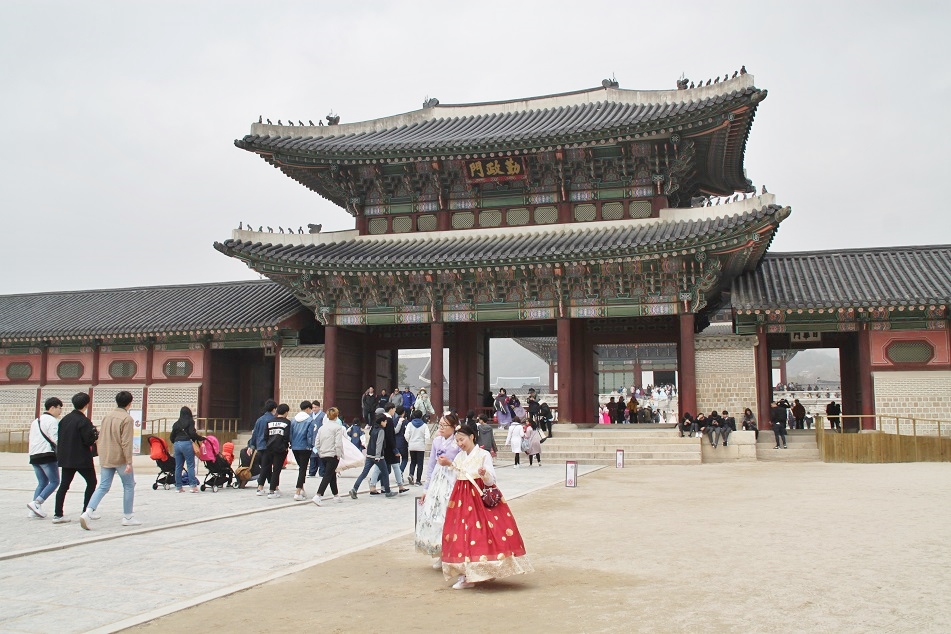 Gyeongbokgung was largely destroyed during the the Japanese military campaigns in Korea, and what remained was left derelict for more than 200 years. However in 1867, during the rule of King Gojong, a full-scale reconstruction of Gyeongbokgung was carried out by the kingdom’s prince regent, Heungseon, none other than the young king’s father. Hundreds of structures were faithfully rebuilt to their original size and appearance, once again giving Gyeongbokgung a majestic look that other palaces in Seoul could only envy. Interestingly, this later period of the Joseon dynasty’s rule in Korea is remembered as a time when the kingdom exercised an isolationist policy, while across the sea Japan under Emperor Meiji underwent major reforms known as the Meiji Restoration which saw the country reaching out to the world again after centuries of isolation.

King Gojong, who ascended the throne in 1863, faced turbulent times during his reign. Internally, widespread poverty led to a number of peasant revolts, while the newly reformed Japan which by now had acquired Western weaponry renewed its ambition to control Korea – at that time under the influence of the Qing dynasty of China. This fresh tension between the two regional powers once again highlighted Korea’s strategic importance as well as its susceptibility to foreign influence. In 1897, due to rising pressure to end Korea’s subjugation to foreign powers, King Gojong declared the end of the Joseon kingdom and proclaimed the founding of the Empire of Korea, a name purposefully chosen to emphasize Korea’s equal status with China and Japan.

Japan continued winning battle after battle against China and Russia, another great power in East Asia, cementing its position as the most powerful nation in the region. As a result, in 1905 an unequal treaty was signed between Japan and Korea – the latter already hosted a large number of Japanese troops on its soil – which effectively made the peninsula a Japanese protectorate. Five years later, however, Japan fully annexed Korea, marking the end of the Empire of Korea and the beginning of Japan’s 35 years of colonial administration on the peninsula. Gyeongbokgung, ever a symbol of Korean sovereignty, was then systematically dismantled by the occupying forces.

In 1926 Japan erected an enormous administrative building directly in front of Gyeongbokgung’s throne hall, blocking the people’s view of the structure once used by Joseon kings to receive officials and foreign dignitaries. The Neoclassical Government-General Building became the seat of the Governor-General of Korea until 1945, the year the Allied forces defeated Japan in World War II and the beginning of a divided Korea. Since the formation of South Korea, the building had been used to house the National Assembly, and later the National Museum of South Korea. However, its location within the Gyeongbokgung palace grounds was a constant reminder of the humiliating period of Japanese occupation, and therefore a plan for its demolition was conceived in the early 1990s.

Eventually, the last piece of the building which once defaced Gyeongbokgung was removed in 1996 – 70 years after its completion – and Hyeungnyemun (the second inner gate) was reconstructed on the same location. Many structures that were destroyed during the Japanese colonial period have now been rebuilt, although it will still take many more years to fully restore the entire palace complex to its original design. But with South Korea’s economy now as robust as its former colonizer’s, and the country’s rising profile on the world stage (having hosted the 1988 Summer Olympics and the 2018 Winter Olympics, as well as producing high-technology products and exporting K-pop and K-dramas) which has brought the South Koreans a rediscovered sense of confidence and pride, a fully-restored Gyeongbokgung will become the icing on the cake. And if the path for lasting peace on the Korean Peninsula is cleared, as recent developments between the North and the South suggest, the restoration of this magnificent palace of the Joseon dynasty will ultimately be a propitious reminder for Koreans on both sides of the border of what they can achieve when they eventually reunite.

One of Many Animals Decorating Geunjeongjeon’s Two-Tiered Stone Platform 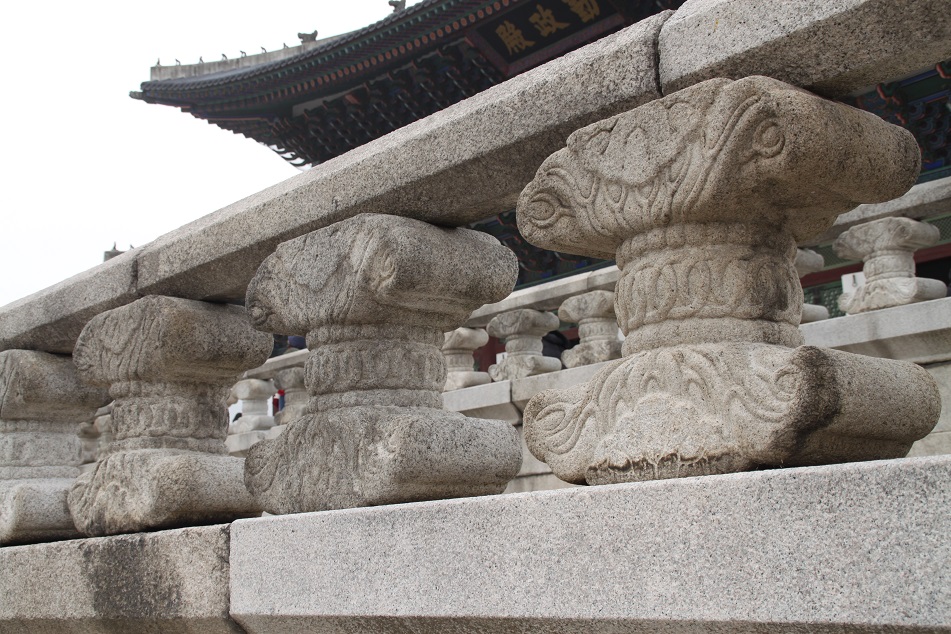 The Joseon-Style Eojwa (the Phoenix Throne) with Irworobongdo (Landscape Painting of Five Peaks, A Sun and A Moon)

The Richly-Decorated Ceiling and Rafters of the Throne Hall

Visitors Marveling at the Beautiful Artwork Inside

A Fitting View for A King

A Mythical Animal at the Northern Side of the Stone Platform

One Last Look at Geunjeongjeon

Exploring the Inner Quarters of the Palace Compound

One Cold, Windy Day at Gyeongbokgung 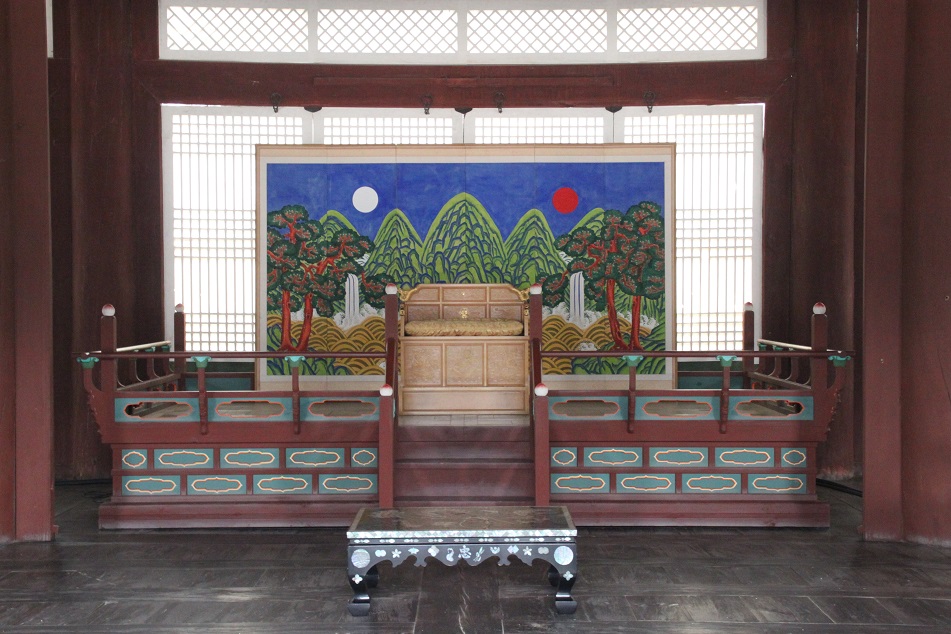 Another Throne and Irworobongdo, the King’s Quarters

Inside the King’s Quarters 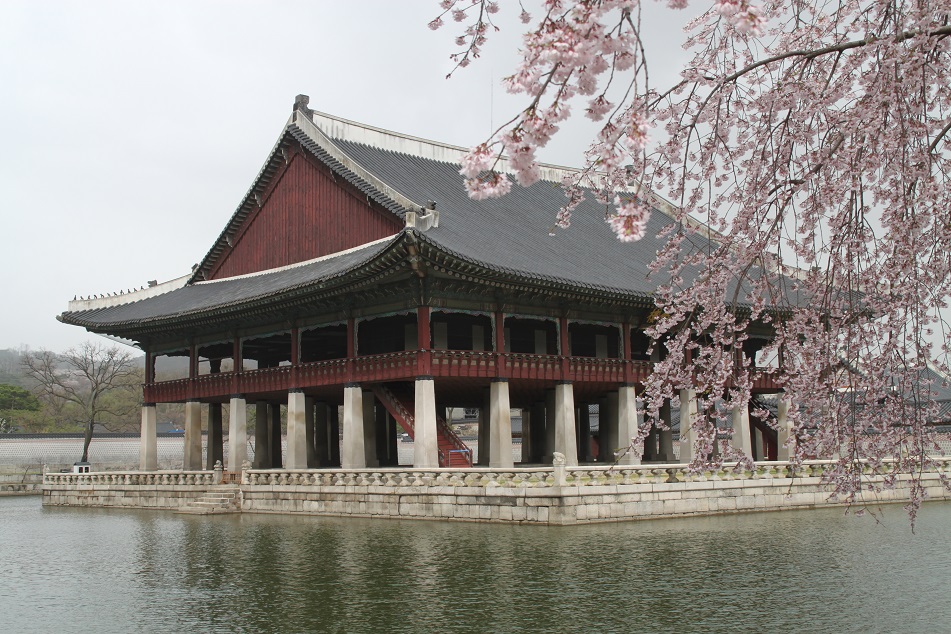 A Sculpture of A Korean Turtle Ship, Used Primarily to Fight Against the Japanese Naval Forces

40 thoughts on “Destruction and Rebirth of Gyeongbokgung”