In Ancient Egypt, the heron was believed to be the creator of light, while the double-headed heron symbolized prosperity. Halfway across the world in Ancient China, the bird was regarded as a symbol of strength, purity, patience and long life. However in Japan, an egret – a species of heron distinguished by its white plume – can take the shape of a flightless giant.

One morning at the start of the Japanese autumn, James and I take a Shinkansen bullet train with its distinctive beak-shaped nose from Okayama to Himeji, a city of 535,000 people in Central Japan. As soon as we get off the train, the egret welcomes us and every other passenger from the end of a boulevard that stretches from the train station. Perched on a hill overlooking the city’s rows of concrete buildings, Himeji Castle, affectionately known as the “Castle of the White Egret” or “White Heron Castle” for its bright white exterior, was inscribed as one of Japan’s first UNESCO World Heritage Sites in 1993. The imposing castle seems to grow even more impressive as we walk closer down the wide boulevard.

In the Orient a heron has become a symbol of strength and long life for generations, and the White Heron Castle’s long history perfectly epitomizes this notion. Constructed on the site of a 14th-century fortress, much of Himeji Castle’s current form dates back to 1609, a period of time when Japan was ruled by feudal military leaders known as shoguns. In the years that followed, several structures were added, eventually making the castle compound the largest in the country. Its glory days, however, ended when a prince called Mutsuhito ascended the Chrysanthemum Throne and became Emperor Meiji. He ushered in a new era for Japan by reclaiming full control of the country from the shoguns, effectively restoring the power of the Japanese emperor. After imposing a self-isolation policy for centuries, Japan experienced sweeping reforms encompassing politics, the economy and the military which led to the country’s rise as a regional power in the early 20th century.

Deemed as a burden from the past amid the rush for modernity, many Japanese castles were demolished under the new emperor’s order. With parts of its structures already turned into military barracks, a plan was underway to dismantle Himeji Castle, until a colonel by the name of Nakamura Shigeto successfully convinced the government to spare the landmark. Then came a local resident who purchased the expansive compound, for less than US$2,300 in today’s value, to develop the land. But soon he realized the cost would be too much to bear, and Himeji Castle was once again spared from destruction, until 1945.

Going to the Castle Compound through A Wooden Bridge 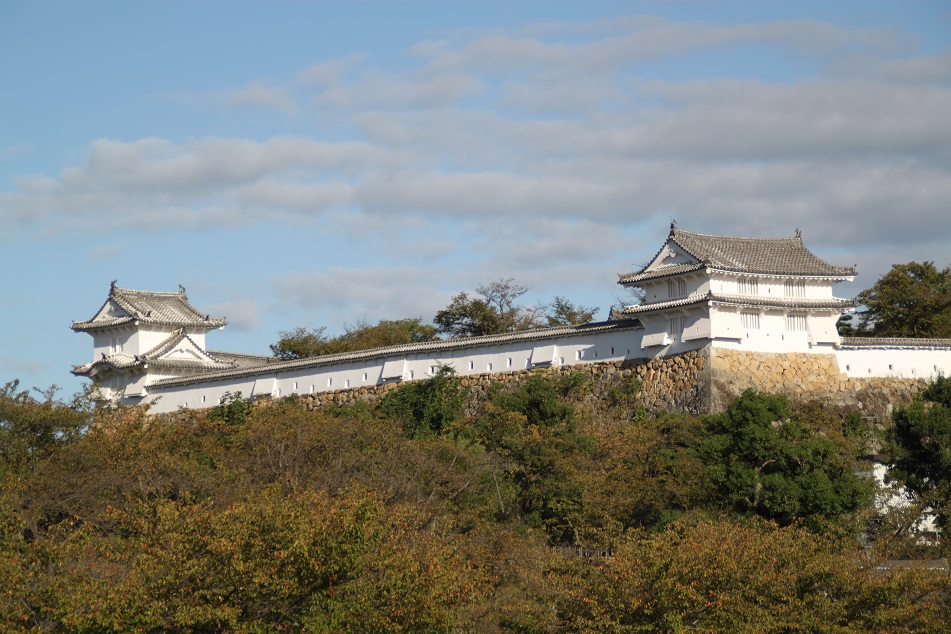 Wa and Ka Towers at the Southwestern Part of the Compound 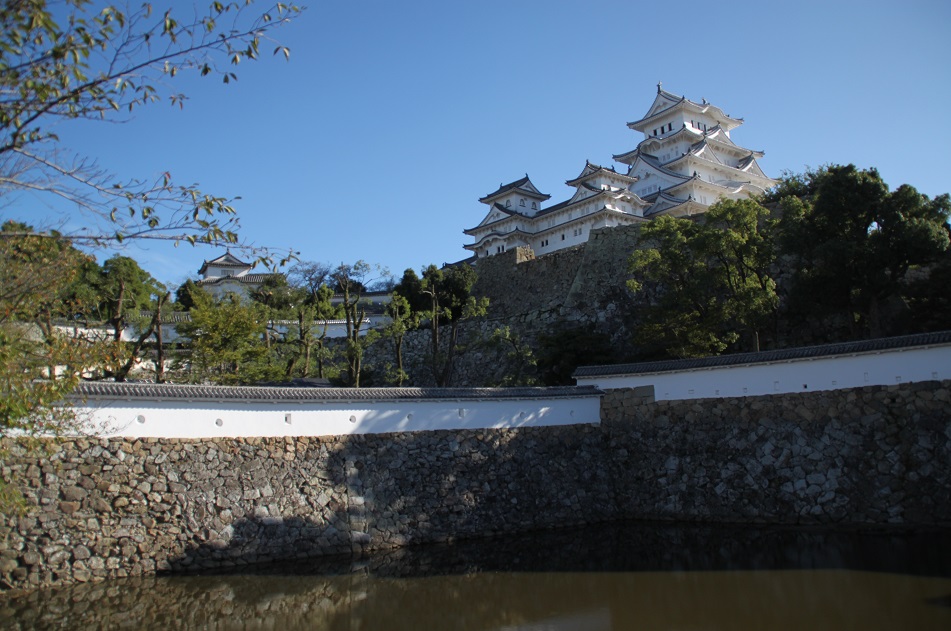 The White Heron as Seen from Mikuni Moat

The Winding Pathway that Leads Us to A Forbidden Section 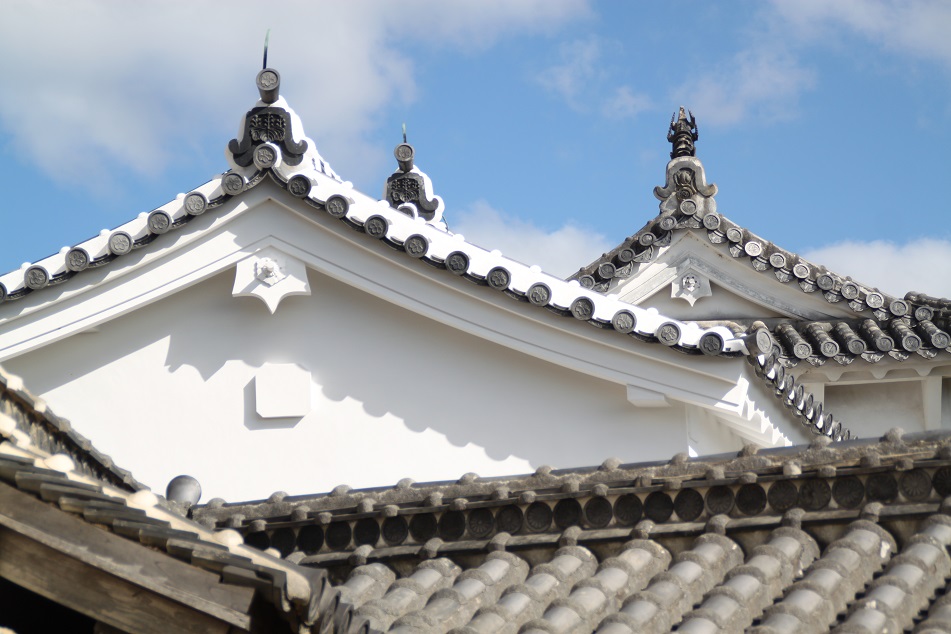 In the final months of World War II, Himeji, along with other cities across Japan, was heavily bombed by the Allies. The air raids on Tokyo, Nagoya, Osaka and Kobe, among other places, not only decimated important Japanese factories, but also claimed the lives of hundreds of thousands of people and destroyed many castles, temples, and all sorts of heritage sites in the country. During the raid on Himeji, a bomb was dropped onto the castle and fell on its top floor. However, as if by divine intervention, it failed to explode, sparing the centuries-old magnificent structure from the same fate suffered by its surroundings.

Half a century later, a massive earthquake shook Kobe and rattled many buildings and roads in the city, roughly 50 km away from Himeji. The 6.9-magnitude quake also caused damage to the latter, but again, protection from the above seemed to keep the White Heron Castle safe. In 2010 the castle underwent a much-needed five-year restoration project aimed at bringing its bright white brilliance back after being exposed to the elements and soot for many years.

Fast forward to this autumn morning, and the castle staff members are handing out tickets to people who have already lined up at the gates, including us. Due to its popularity, a cap on visitor numbers is imposed to allow for a sustainable stream of tourists without putting too much pressure on the castle’s structural integrity. As we walk through Hishinomon, the first of the castle’s many gates, it becomes more obvious why Himeji Castle is one of a kind. We follow the labyrinthine pathways, through a series of smaller gates, to finally reach the main keep, a marvelous 46.4-meter white edifice whose multiple roofs resemble the flapping wings of an egret.

Inside the main keep, we climb through one wooden chamber after another, each bearing very little decorations but many secret hiding places. From the strong walls around the castle to hidden defensive mechanisms inside the main keep, everything was designed to thwart any unwanted visitors. When no engineering feat could mitigate a particular threat, they turned to age-old tradition and belief. In Japan, shachi – a mythical animal with the head of a tiger and the body of a carp – is believed to protect wooden structures from fire. Therefore its statues can be found on the roofs of Japanese castles, including the White Heron Castle, adding an artistic, whimsical touch to the structures’ exterior. The four-centuries-old Himeji Castle has endured the menace of abandonment, war, and earth’s powerful wrath, but its survival for many generations to come seems to depend even more on human goodwill. 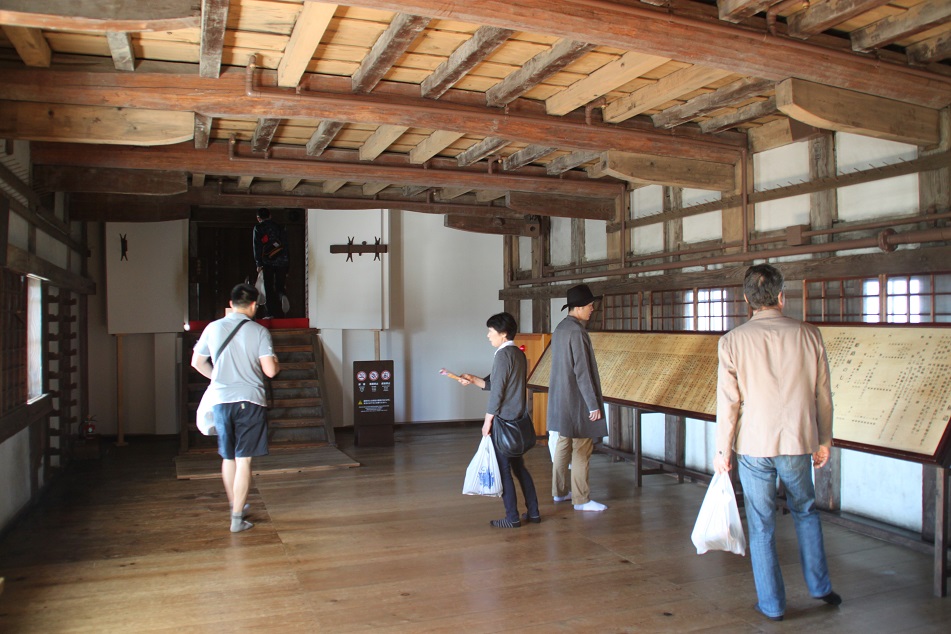 The Austere Interior of the Main Keep 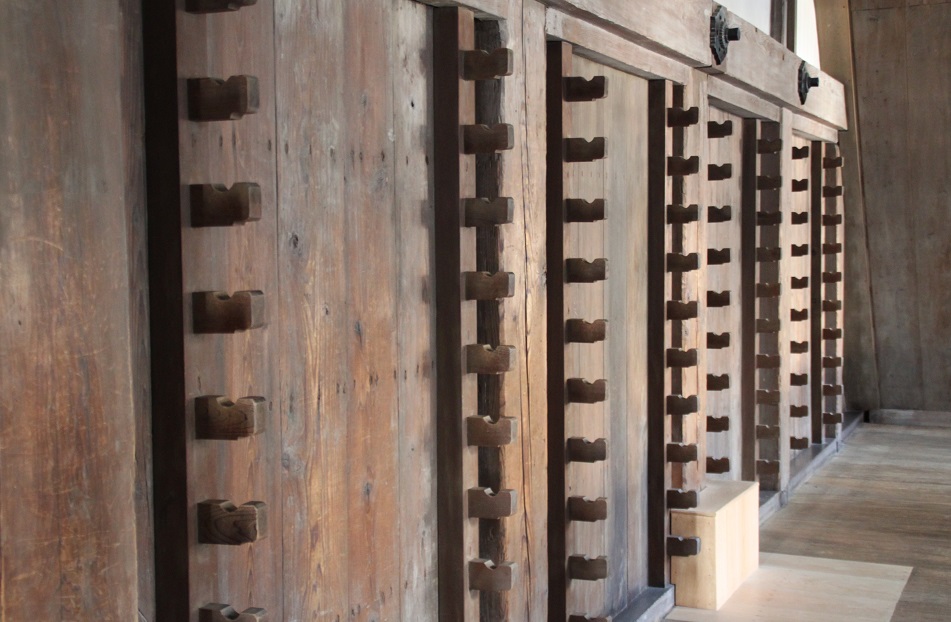 These Racks were Once Filled with Firearms 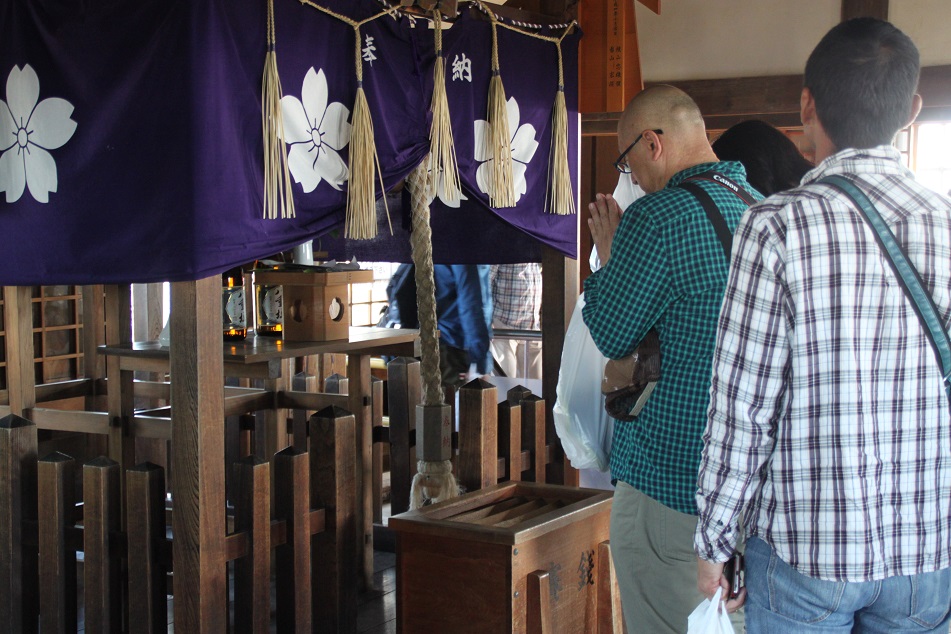 Paying Respects at the Castle’s Shrine

The View of Himeji from the Castle’s Top Floor

A Final Look at the Castle

43 thoughts on “The Invincible White Heron”