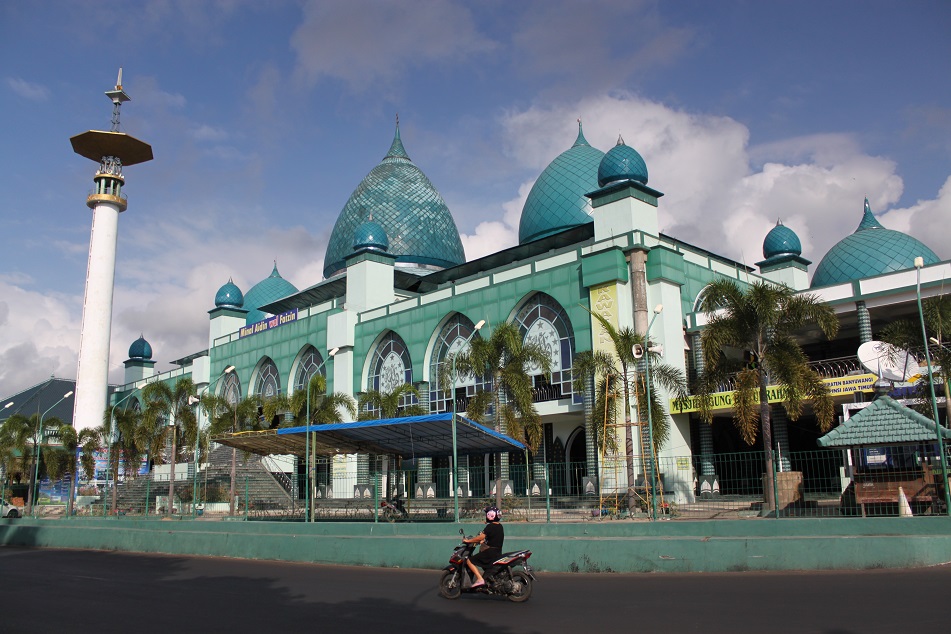 The Grand Mosque of Baiturrahman in Downtown Banyuwangi

Any conversation about Indonesia’s natural landscape will almost certainly mention its plethora of volcanoes. Located on the Pacific Ring of Fire – where some of the world’s strongest and deadliest earthquakes and volcanic eruptions occur – Indonesia is home to more than a hundred active volcanoes, more than any other country on the planet. Arguably among the most famous is Krakatau (also spelled Krakatoa) whose cataclysmic eruption in 1883 obliterated the volcano itself and wiped out villages on the shores of nearby islands. Its explosion was 13,000 times more powerful than the atomic bomb Little Boy which was dropped on Hiroshima, and it was so loud it could be heard as far as Mauritius, thousands of kilometers away from the volcano.

As someone who was born and raised in Indonesia, I’m lucky enough to have visited some of the archipelago’s most iconic volcanoes, including the relatively easy to reach Mount Bromo, the very challenging Mount Rinjani, as well as Mount Api which served as a natural landmark for sailors and explorers who reached the fabled Spice Islands in the past. Java, the world’s most populous island where the Indonesian capital is located, became so crowded largely thanks to its fertile soil, a gift from the volcanoes themselves. They take lives, but they also provide a fresh start for new lives. At the eastern end of Java, however, lies a volcano which is more tame than its sisters on the island but takes lives in a different manner.

To get there, James and I take the train from Surabaya – East Java’s capital and largest city as well as Indonesia’s second largest metropolis – to Banyuwangi at the very end of East Java. I have arranged a pick up service with our hotel in our destination anticipating the lack of transportation options in the city of a little more than 100,000 residents. But as we arrive at the very modest train station, no one from the hotel is there, another moment during our travels when we are reminded to slow down and chill. A phone call and a few minutes’ wait away, the van finally arrives.

Literally ‘fragrant water’, Banyuwangi was the seat of power of Blambangan, the last Hindu kingdom in Java before most Javanese Hindu royal families fled to Bali just across the strait. Home to the Osing people, a Javanese sub-ethnic people who were among the last in Java to convert to Islam, Banyuwangi has only begun developing its nascent tourism industry in recent years, hoping to attract some tourists who visit Bali to the east or Mount Bromo to the west. A friend who went to some of Banyuwangi’s beaches raved about their beauty, a claim further justified by his stunning photos. But for now, Banyuwangi is still better known as the gateway to Mount Ijen, famous for its sulfur mining, turquoise acidic lake, and blue fire. 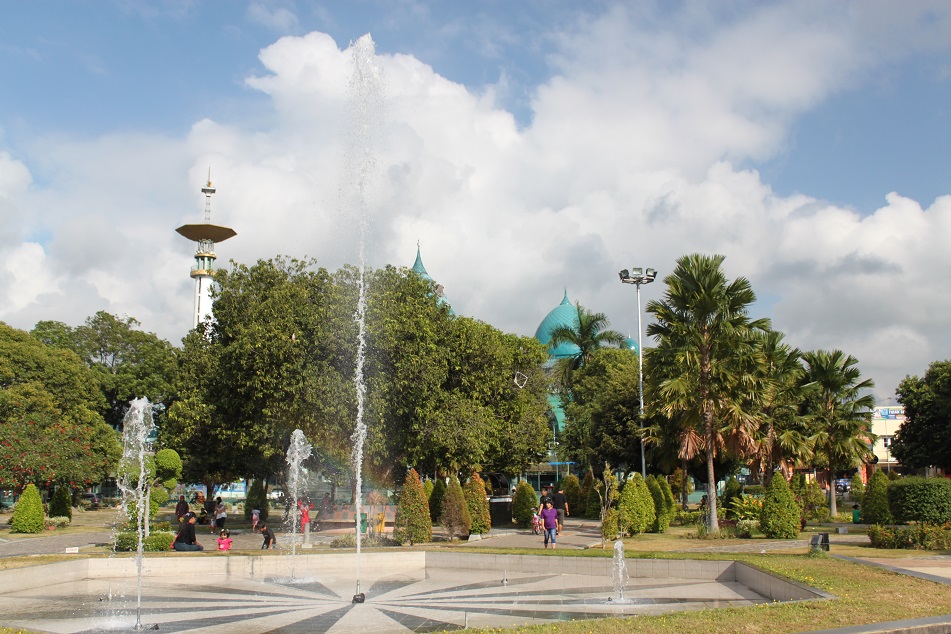 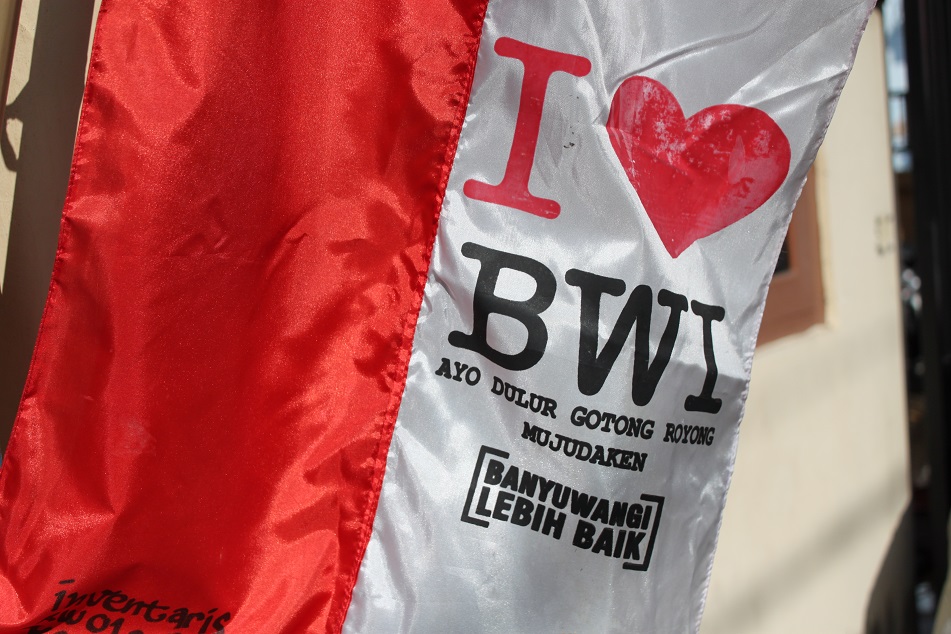 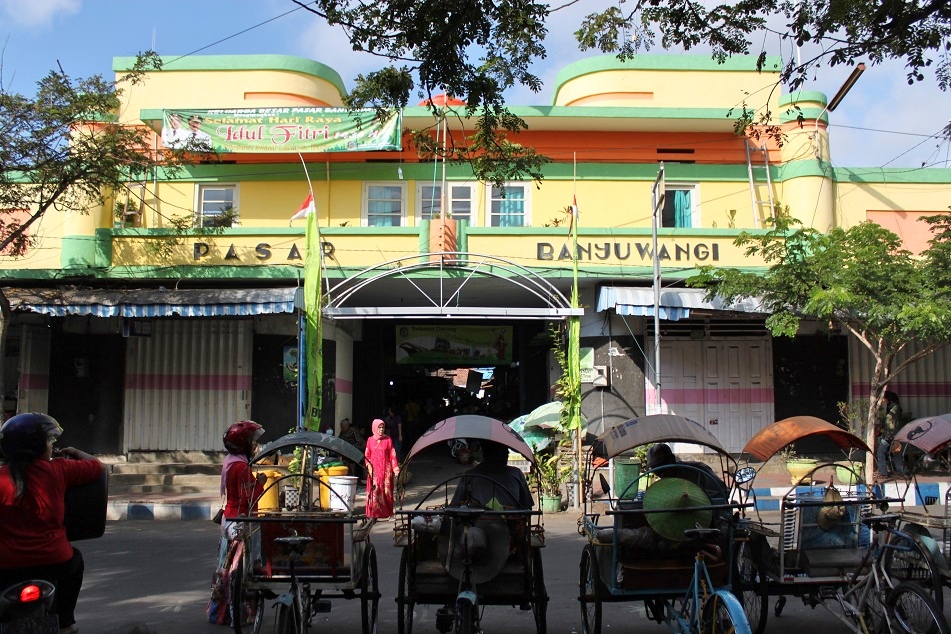 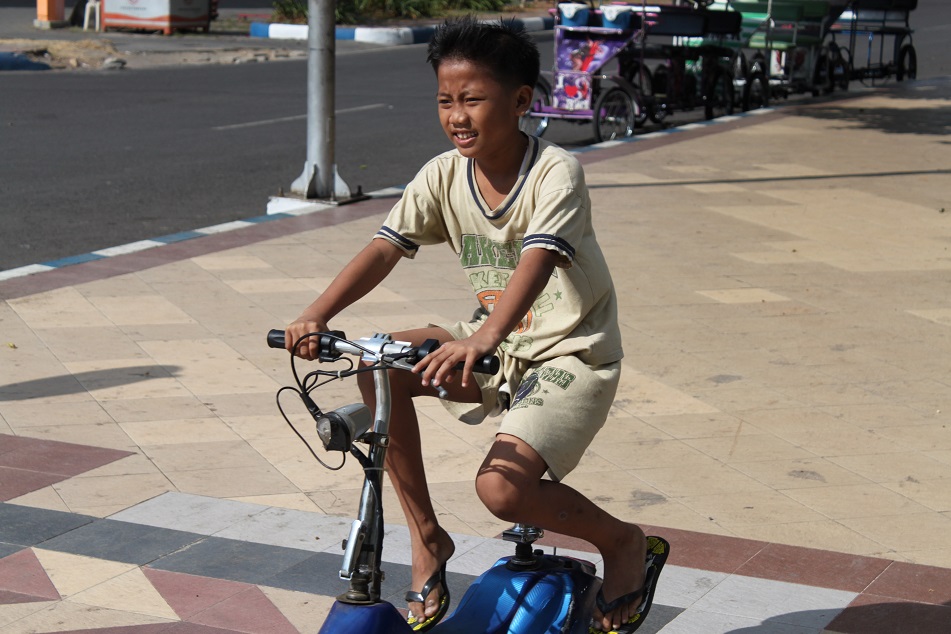 In the wee hours of the next morning, we are already inside a four-wheeler jeep which will take us to the start of the hiking trail to the crater of Ijen. Relying only on our torches and the silhouettes of other tourists in front of us, we hike the dark pathway at a steady pace. After more than a year going to work by bike, I’m in much better shape than when I climbed Rinjani two years earlier. However, when we are not too far from the crater rim, suddenly altitude sickness hits me as I start feeling nauseous. At more than 2,700 meters above sea level, Ijen clearly is a lot higher than Jakarta, the low-lying metropolis I’ve been calling home since 2008.

Taking a few minutes’ break not only allows me to gain some energy, but it also gives us ample time to look up to the skies, where millions of stars shine like I’ve never seen before. As wise people say, in life sometimes we have to stop for a while to give our body, mind and soul the rest they deserve. For this brief break I take, the reward is none other than one of nature’s most awe-inspiring sights. After regaining a little strength, I carry on, followed closely by a slightly-worried James, and together we arrive at the crater rim moments before sunrise. From above, we can see people going down the crater to reach a corner of the lake where molten sulfur hardens, which is later mined by the local men. Occasionally electric blue flames blow into the putrid and suffocating air, which is typical of any sulfurous volcanic crater. Even from above, the fire – ignited sulfuric gas which escapes from cracks at a high temperature – looks mesmerizing. But the incredible sight probably impresses the local men less as they have to work in such a dangerous environment to make ends meet.

Slabs of hardened sulfur are quarried and carried every day to a nearby village, where the men’s arduous labor is then rewarded with just enough money for them to support their families. Prolonged exposure to the acidic gas has proven detrimental to the local men’s health as their life expectancy is significantly lower than the national average. Not far from us, a miner takes a brief stop. Upon seeing this some tourists ask for his permission to lift the shoulder pole, tied with rattan baskets at both ends which are filled to the brim with sulfur slabs, for the sake of curiosity. They are unsurprisingly heavy as I try to lift them up myself.

These yellow materials are not gold, and worth much lower than the precious metal. But to the locals the sulfur is their ‘gold’, and despite the hardship the men have to endure every day, they will carry on working under such conditions, which will probably drive the young people away from the village and into the cities to make more money than what their fathers earn. The sun slowly rises behind the clouds, giving the horizon a warm, melancholic tint. Behind us, Mount Raung which awoke several days earlier from its long slumber is still puffing a thick cloud of gray ash after causing major disruptions to flights around Java and Bali for days.

Mother Nature is strange. It is at ‘dangerous’ places like this where we usually witness her magnificence – beauty in chaos. In places like this, some humans have to live challenging lives. Yet, for others these very places can provide them with the peace and tranquility they’ve been deprived of elsewhere. Mother Nature takes and gives lives as she has always done for aeons. 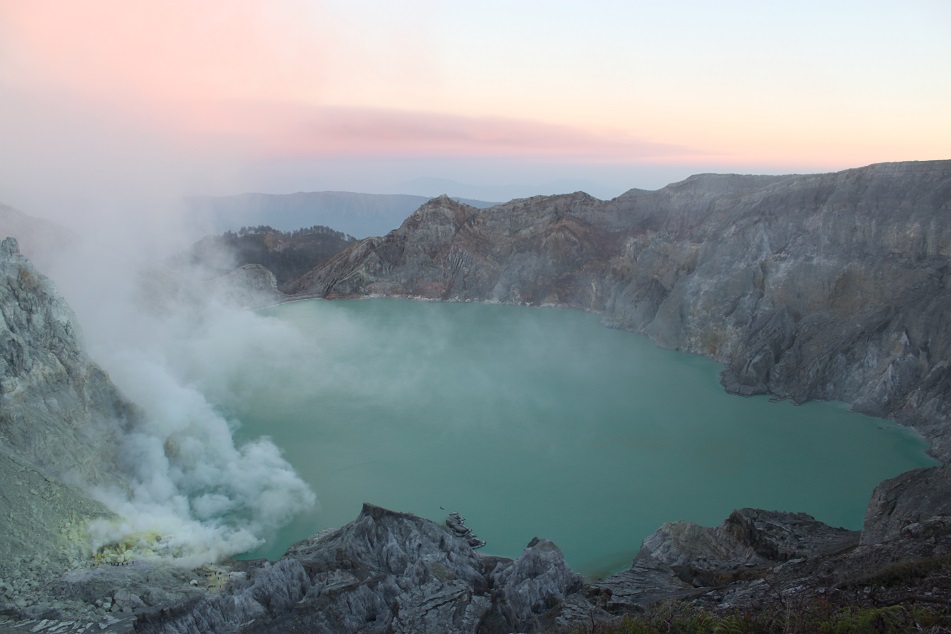 Textures Carved by Mother Nature Herself

Life is Hard for the Local Men

A Display of Force 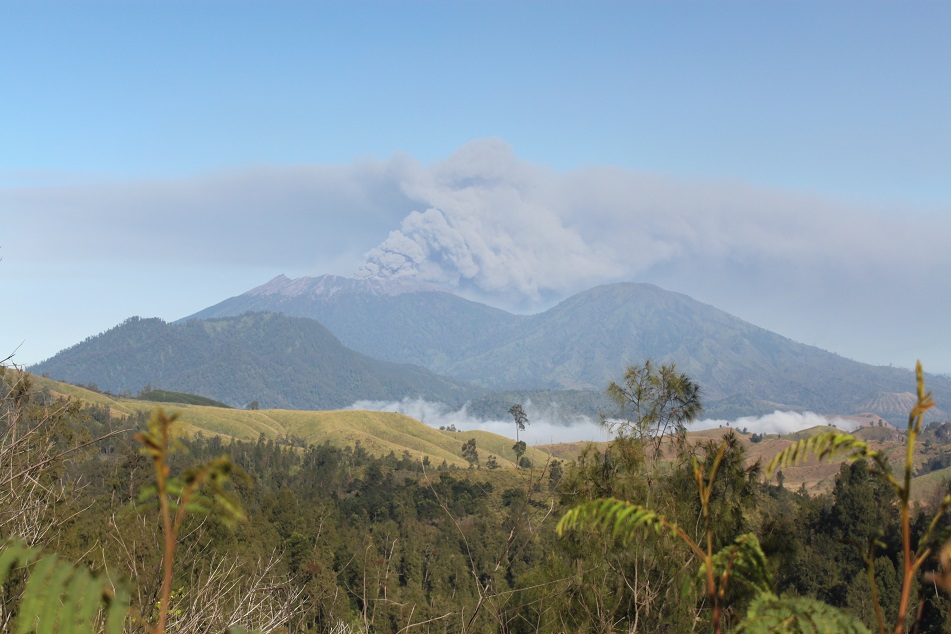 Beautiful from A Distance, Deadly in the Vicinity