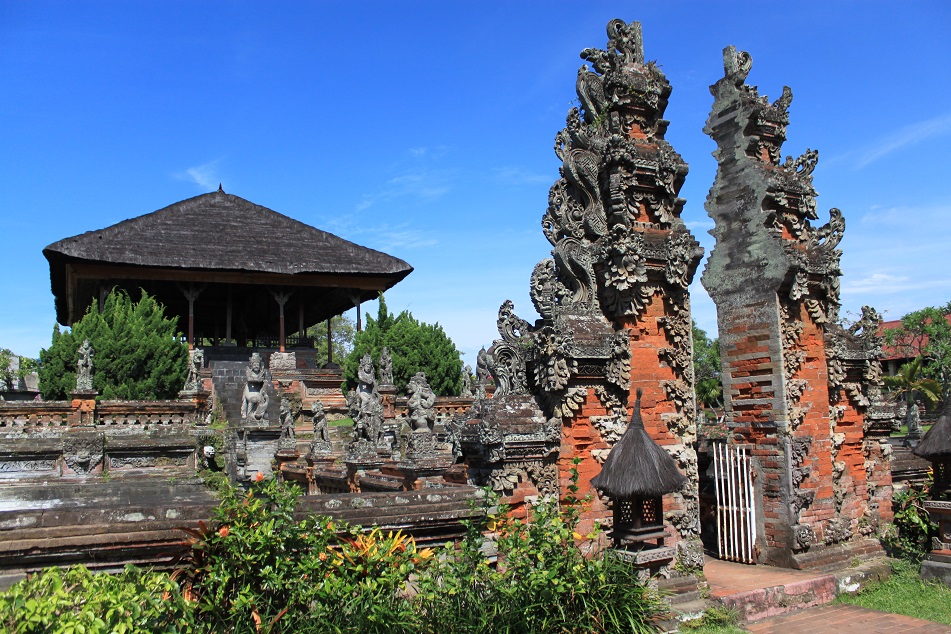 Men and women drowned in a river, with a fierce-looking character watching them drift away, a big buffalo on his hand. On the other side of the river an ugly giant with scabies all over his body watched the drowning mortals, helpless and succumbed. Meanwhile another grotesque character with a sword on his hand poses a menacing gesture towards an ill-fated man, defenselessly being ripped off by a beast.

Those are some of the scenes from Bhima Swarga (often spelled Bima Swarga), a small part of one of the most important Hindu epics, the Mahabharata. The story focuses on the journey of Bhima – one of the five Pandavas – to heaven and hell where he witnessed the trials of humans by the Bhutas – giant and powerful creatures, often with intimidating faces – to punish those who did bad things in the world, including killing animals who are not supposed to be killed, stealing food, and being greedy.

Kerta Gosa (also spelled Kertha Gosa), the 18th century pavilion inside the remains of Klungkung Palace complex in the eastern part of Bali, served as the island’s most respected court of tribunal. Cases throughout the island which could not be resolved in local jurisdictions were then transferred to Kerta Gosa for the final verdict. The ceilings of the pavilion were aptly painted with the scenes from Bhima Swarga, depicting the punishments in afterlife and the results of karma, graphic enough to deter any perpetrators from recidivism.

Painted in the Balinese style of Kamasan, prominent in the early 20th century, the ceilings of Kerta Gosa and the nearby Bale Kambang – the main pavilion where the king received his guests – are adorned with panels with the story of Bhima in heaven and hell. Beneath the ceiling of Kerta Gosa, six chairs – three on each side – were the place where the Ksatrias (the royal family) consulted the Brahmanas (the priests) to decide the punishments for the convicts.

Off the radars of most tourists who visited Bali, Kerta Gosa is conveniently located right at the heart of Semarapura, the capital of Klungkung Regency at the eastern part of the island. After wearing a sarung (a piece of cloth to cover the legs), mandatory in most sacred places throughout the island, Alexander and I explore the remains of the palace of the last kingdom in Bali to fall into the Dutch rule in the early 20th century. The court was still used during the Dutch colonization despite implementing a newly introduced continental law system brought by the Dutch.

Today Kerta Gosa is merely a tourism spot complemented with a substandard museum at the far end of the compound – housing some of the most precious artifacts of the Klungkung Kingdom – and Bali continues to practice the continental law system, as is the case with other parts of Indonesia except Aceh where sharia law is enforced. The story of Bhima Swarga is still vividly visible on the ceilings of the remains of Klungkung Palace, albeit starting to fade away, exuding the prowess and the elegance of the last independent kingdom in Bali. 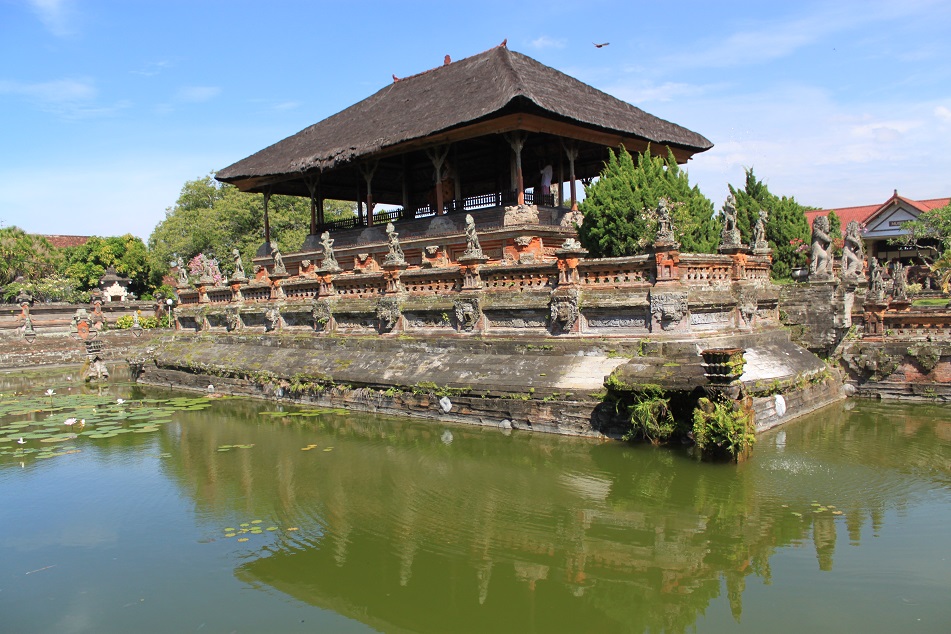 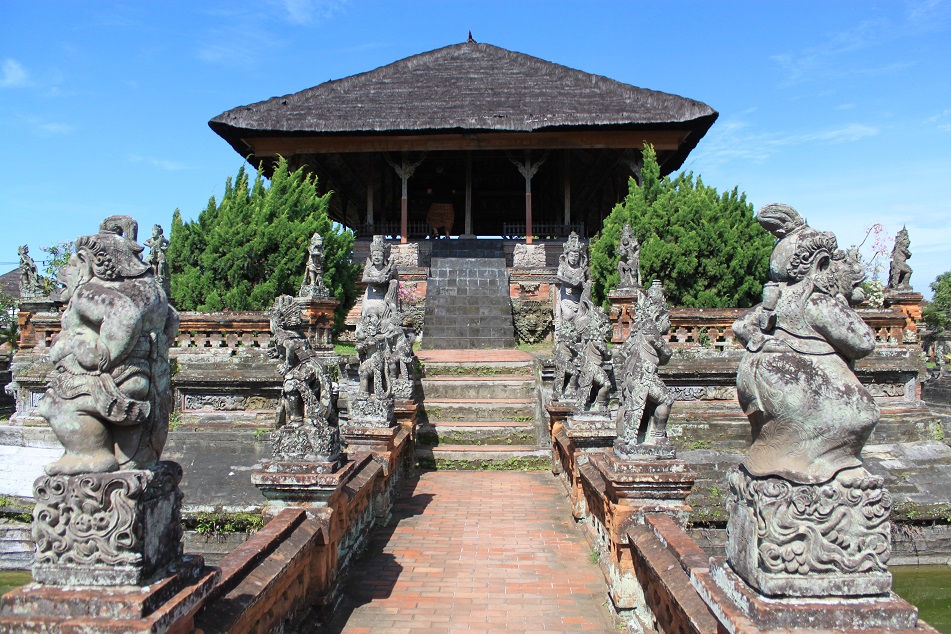 The Entrance of Bale Kambang 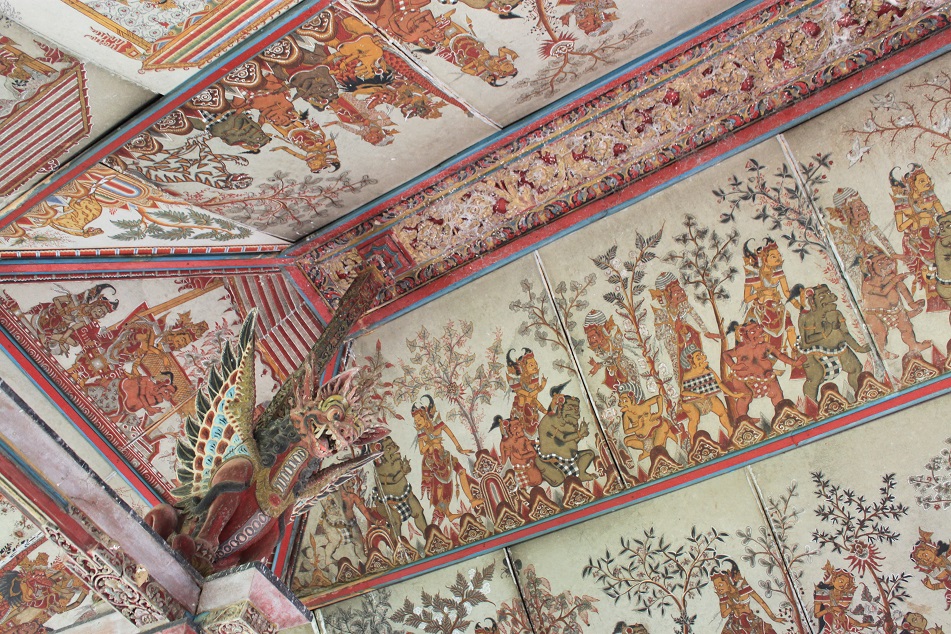 A Red Dragon under the Painted Ceiling 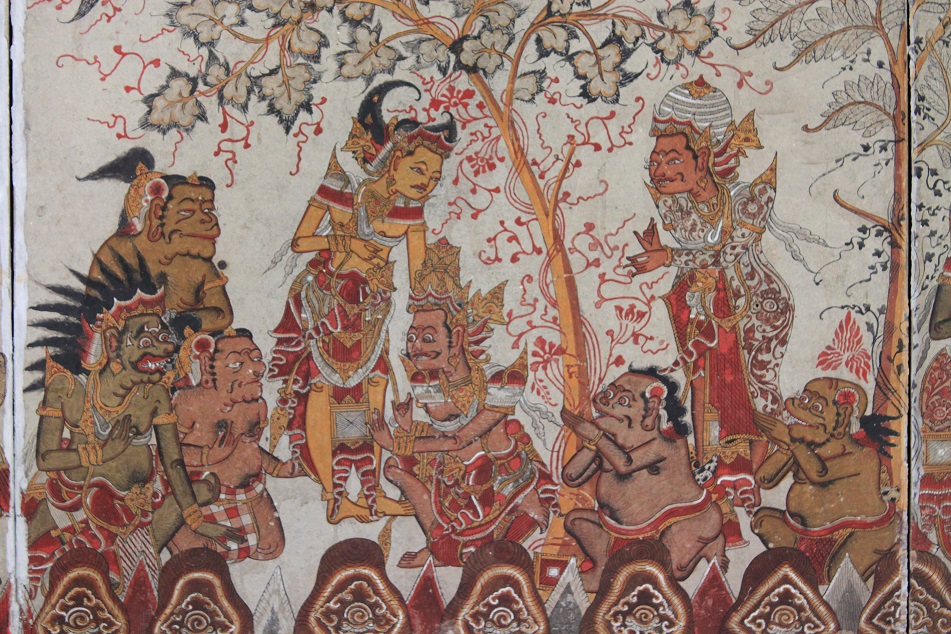 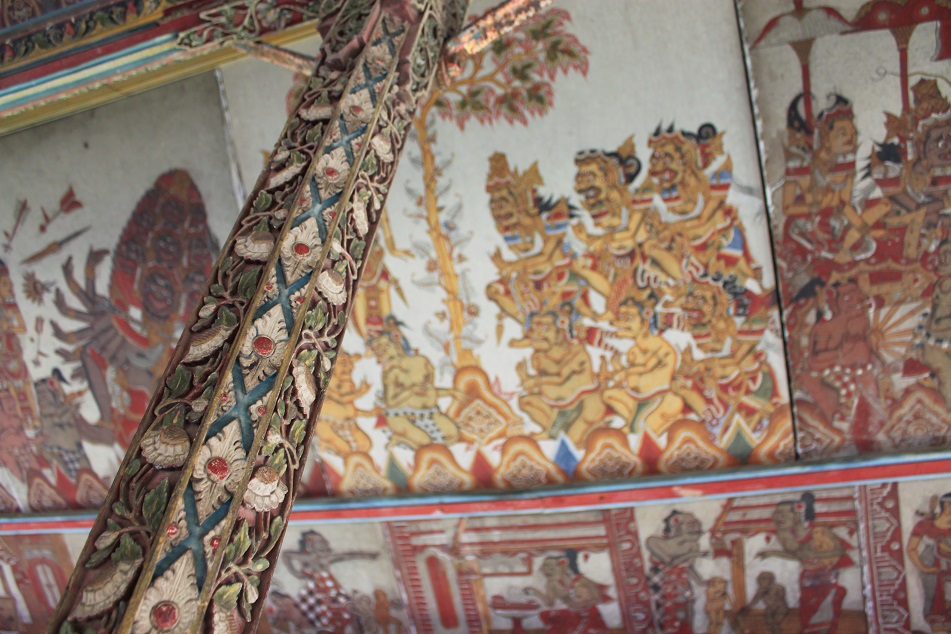 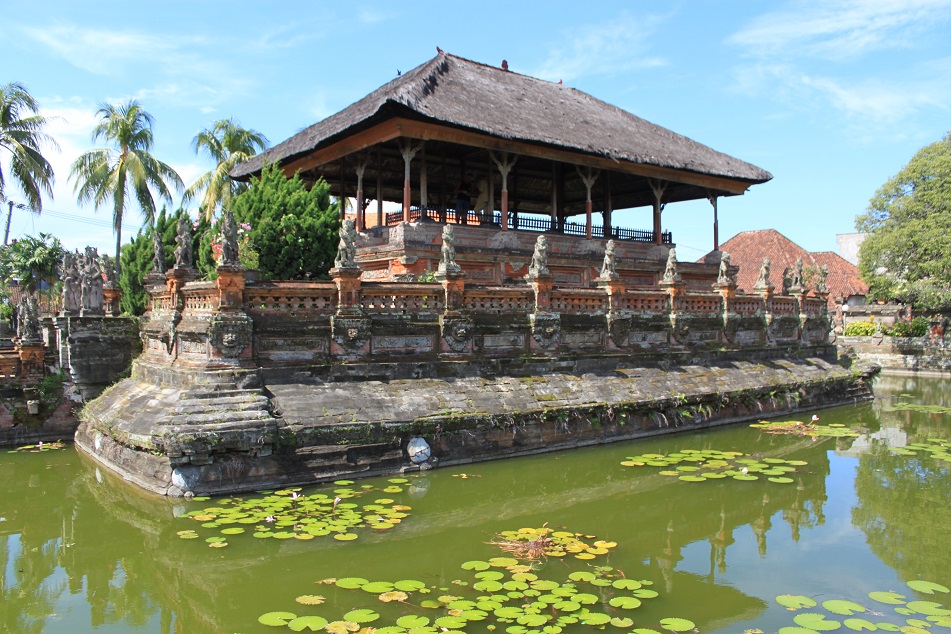 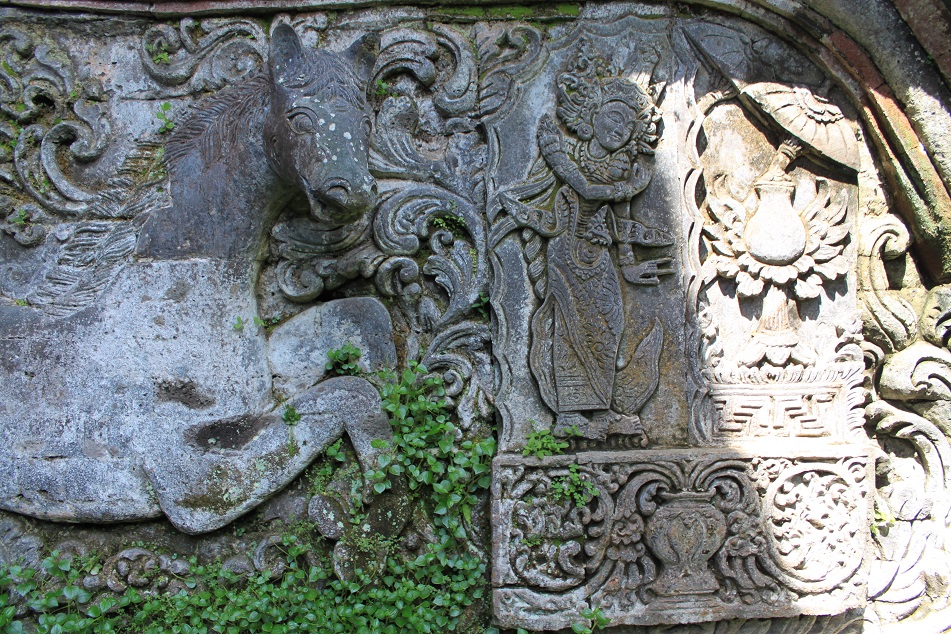 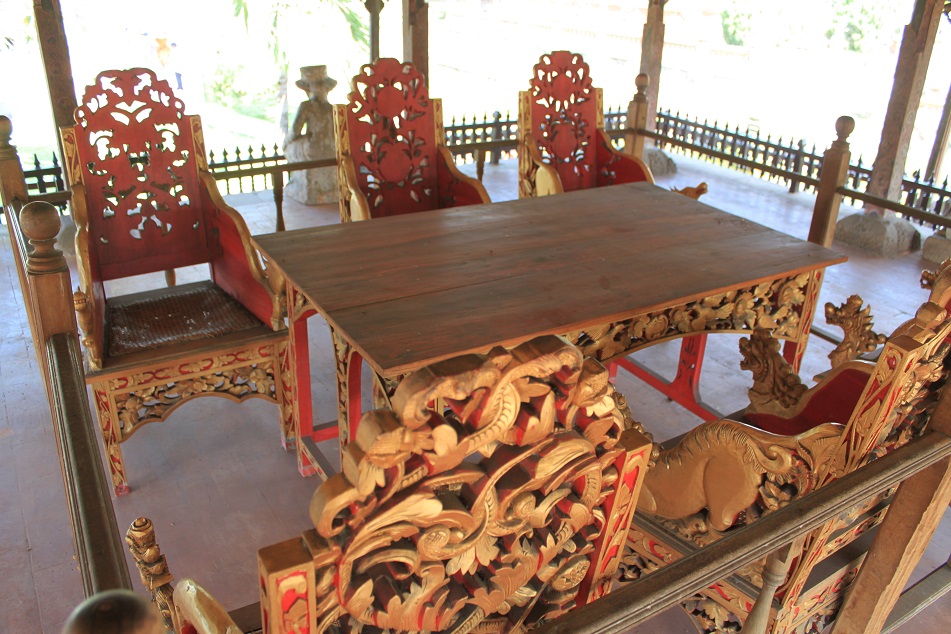 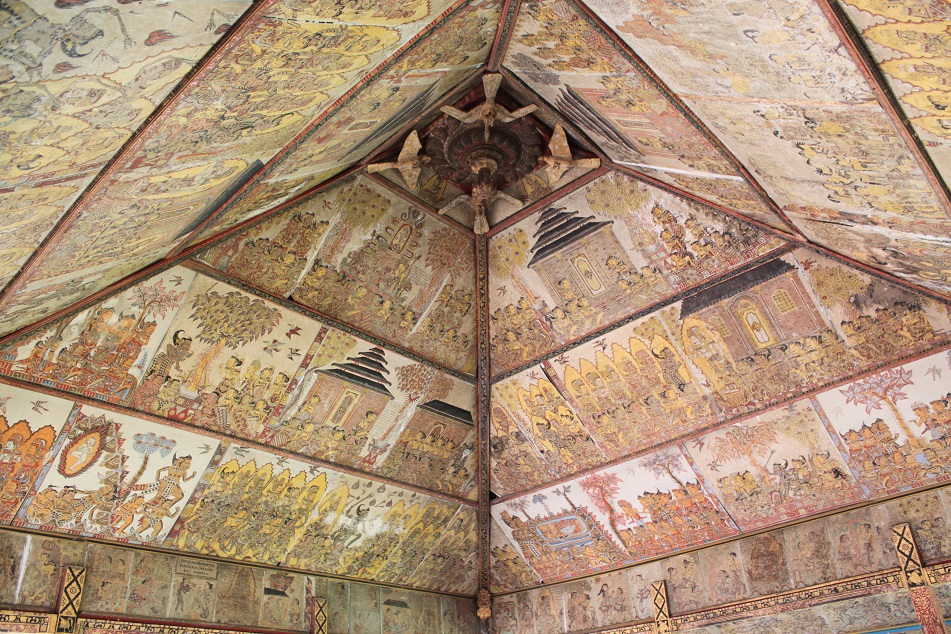 The Painted Ceiling of Kerta Gosa 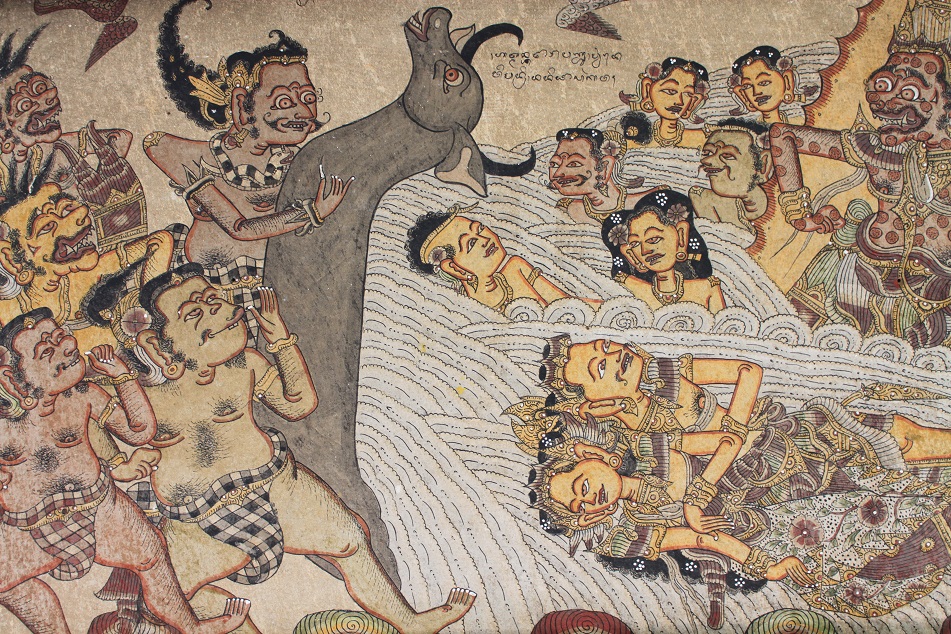 A Scene from Bhima Swarga, A Part of Mahabharata 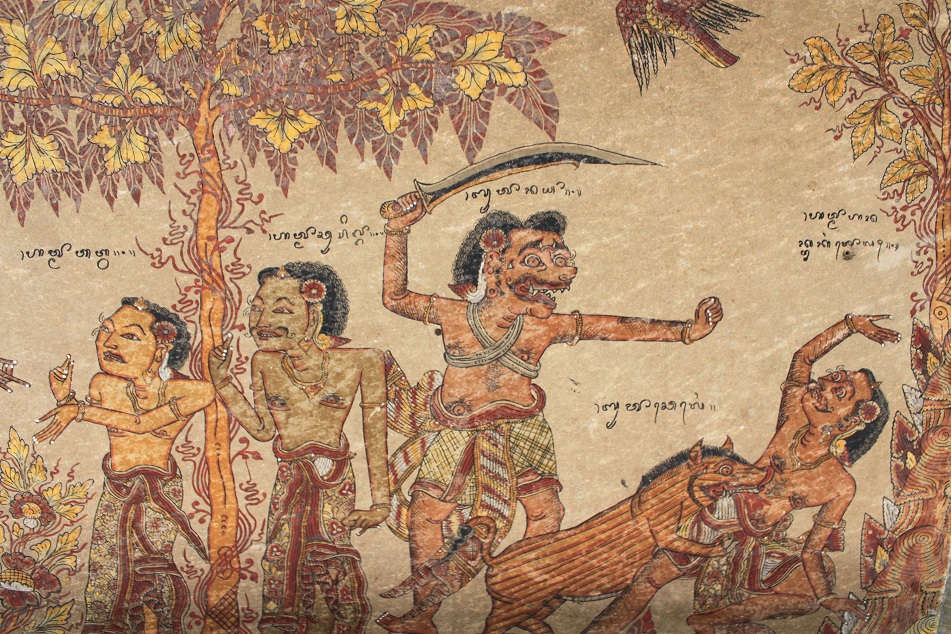 Another Scene from Bhima Swarga 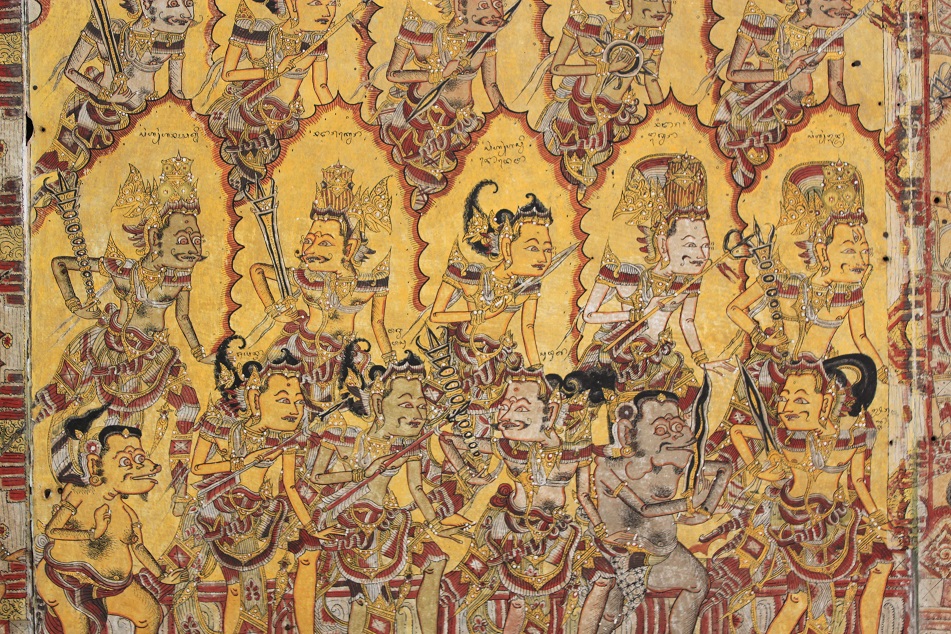 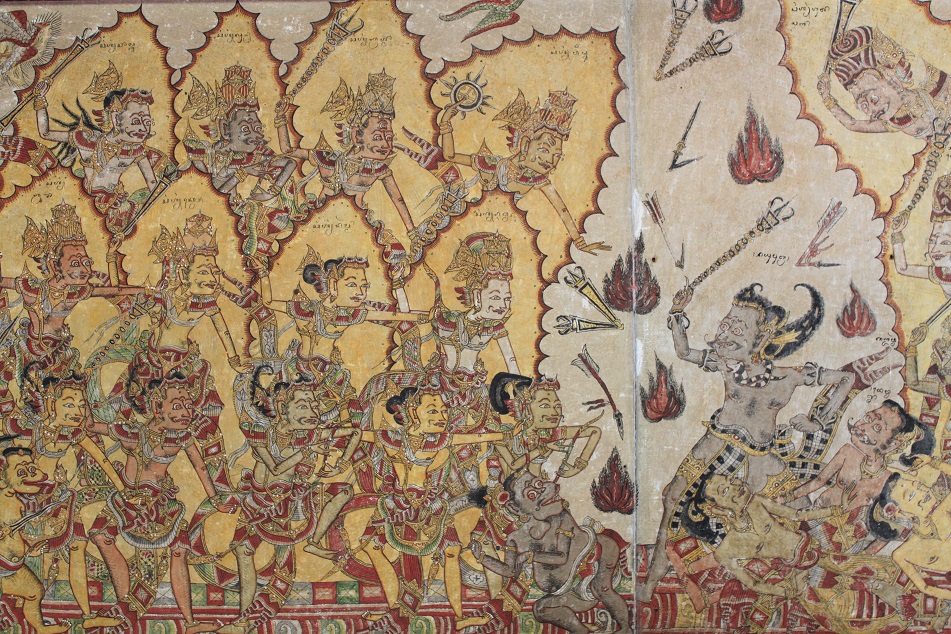