I’ve been writing my travel blog for about a year. Honestly when I wrote my first post I had no clue how to write a nice-reading post. Then I started reading some travel blogs which I found interesting, and follow some of them. By reading various travel blogs I learned what a makes a post interesting (well, everybody has their own ways to make their posts worth reading). One of those blogs which I follow is Wandering The World by John. I must admit that he is one of the most inspiring travelers which I have found on the internet so far. He not only captured beautiful pictures and wrote nice stories, but most importantly he has traveled to countries which only relatively few other travelers have gone. Places like Nigeria, Sudan, Yemen, Afghanistan, etc are definitely not in most people’s lists. Yet, John has shown us that those countries are beyond what we always watch, listen or read from the media. There are great people and amazing places in those countries which are hidden from the world’s radar, waiting to be discovered by the most passionate travelers.

Actually within a few months from now I will be traveling to some other interesting places. But since I’ve already got this My 7 Links, then I’ll pick up 7 posts out of 38 posts in my blog so far. Without further ado, here are My 7 Links: 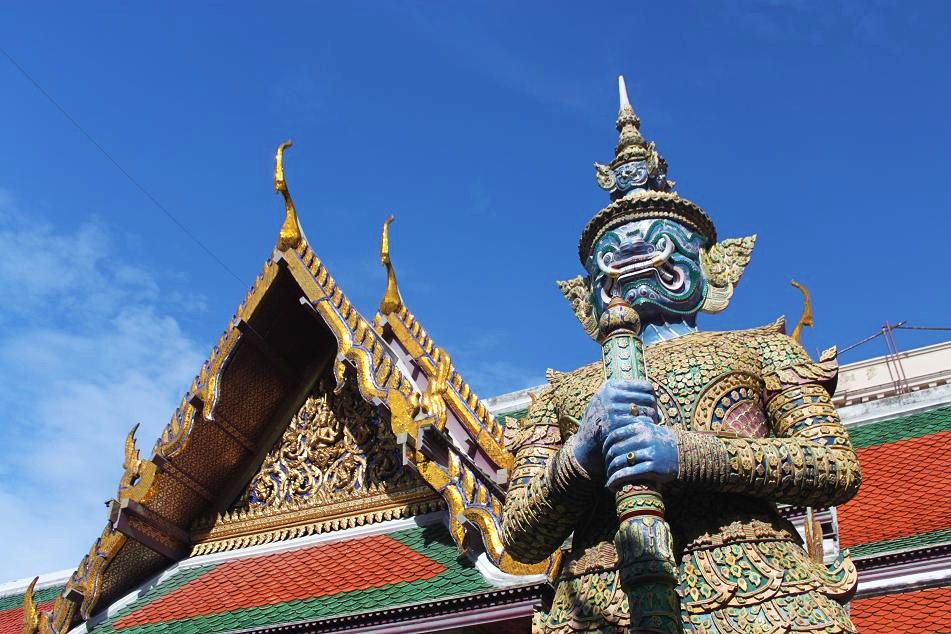 Inside The Grand Palace and Wat Phra Kaew Compound

When I visited The Thai Grand Palace and Wat Phra Kaew, I was blown away by its sheer grandeur. It might not be the biggest royal palace in the world, but in my opinion it is definitely one of the most exquisite palaces of all. I took many photographs there and really like some of them. I didn’t remember that day as a hot and humid day, but rather a perfect day instead with clear sky. The sun shone brightly towards every part of Wat Phra Kaew and graciously reflected by glittering tiles of the entire buildings compound. 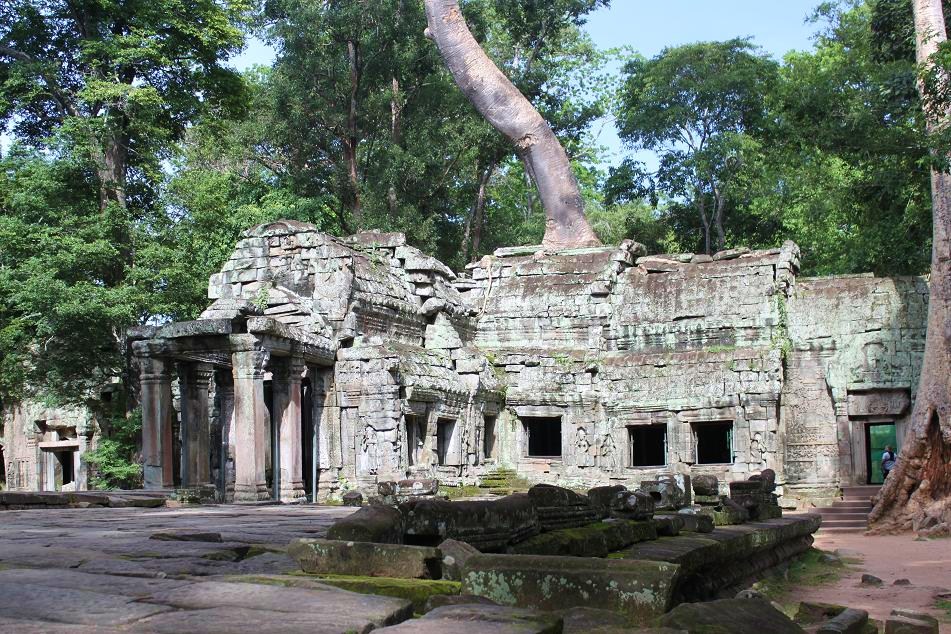 So far, the post about Ta Prohm is undoubtedly the most popular post in my blog. On the day when I wrote it actually I was just expecting to get a typical 20-30 views to my blog (based on previous daily regular views). However, about one hour after I posted it, suddenly I noticed that the comment counter in my blog’s dashboard kept counting new comments every second! I instantly thought “Could this mean that I’ve been Freshly Pressed?”. Then I checked WordPress’ Freshly Pressed page and there it was, my post about Ta Prohm was there with some other posts from other blogs. It was excitingly shocking! (if there is such expression), and because of that my daily blog views grew from just 20-30 views to a whopping 5800 views that day alone. 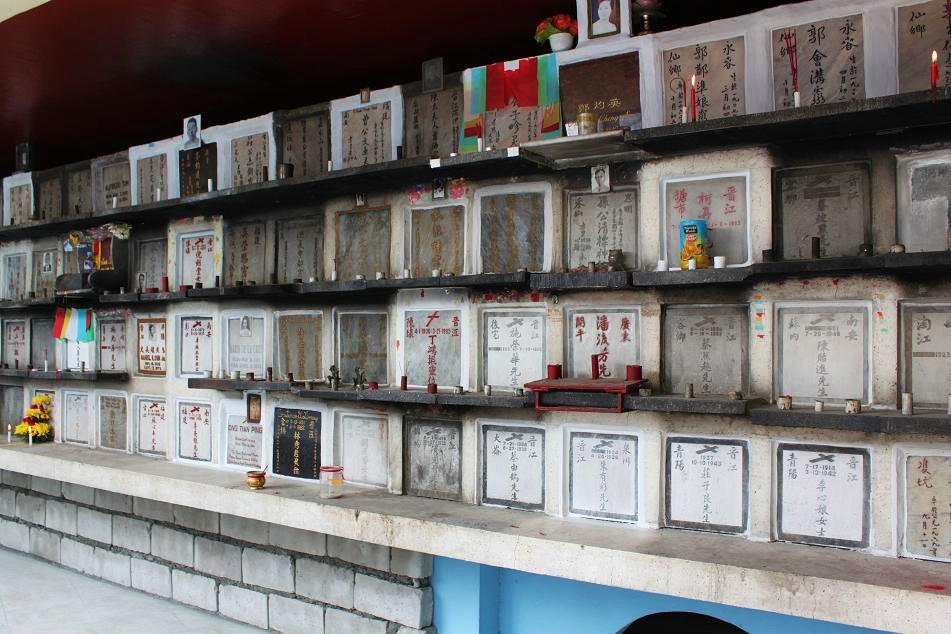 The Names of The Deceased Ones

I don’t think I have written anything too controversial yet. But there is one place which I wrote in my blog that most people think is a weird place to go, that is the Manila’s Chinese Cemetery. Every time I met a Filipino and told him/her that I’ve been to Manila and also visited the cemetery, he/she would definitely raised his/her eyebrows for being amazed and trying to understand why would anyone go to Manila to see the cemetery. Well, I’ve seen images of Manila Cemetery before I visited the city. What makes me interested in visiting that particular place is because of the fact that people do live on the cemetery, literally. They play among the tombs, watch television right next to a tomb, etc. However it is a huge place and visiting the whole area in just a single day might not be enough. When I went there, I got off a Metro station which on the map seemed very near to the cemetery (later I found out that I entered the cemetery from the other gate which leads to the graveyard for Manila’s super rich people, completely opposite to the part which I originally intended to go). 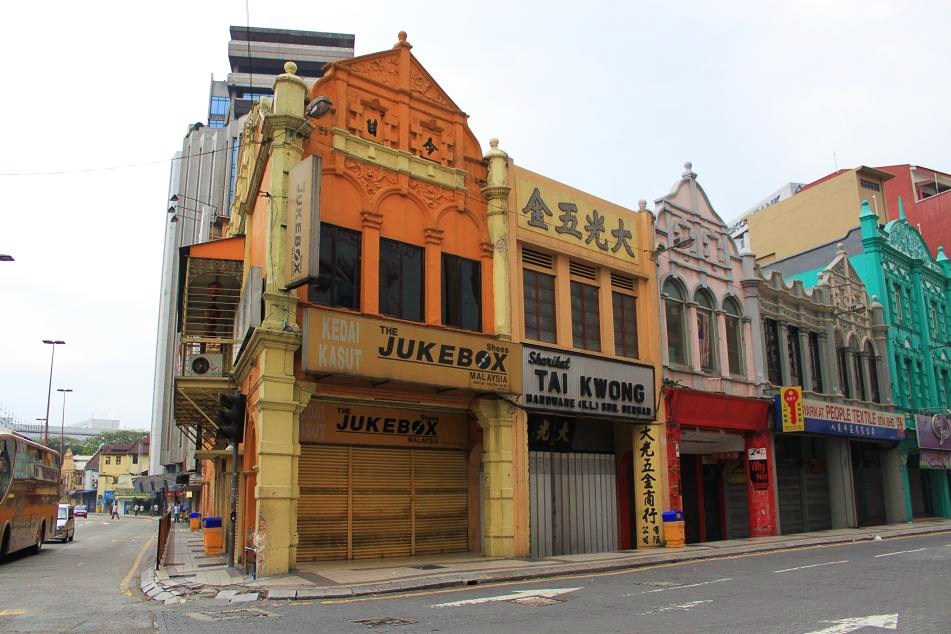 I’ve been thinking for a while to decide which of my posts is most helpful since I don’t think there is a single post which is that helpful. However I think my post about Kuala Lumpur did help a few people to some extent. It was my first time abroad by myself, and it has made some of my friends think that they can also go for a solo trip abroad (or at least I think so). I’ve also been informed that this post also helped a friend of my cousin’s who went to Kuala Lumpur. So, I think it’s pretty legit to say that this is my most helpful post. Hopefully in the future I can make some more helpful posts about interesting places around the world. 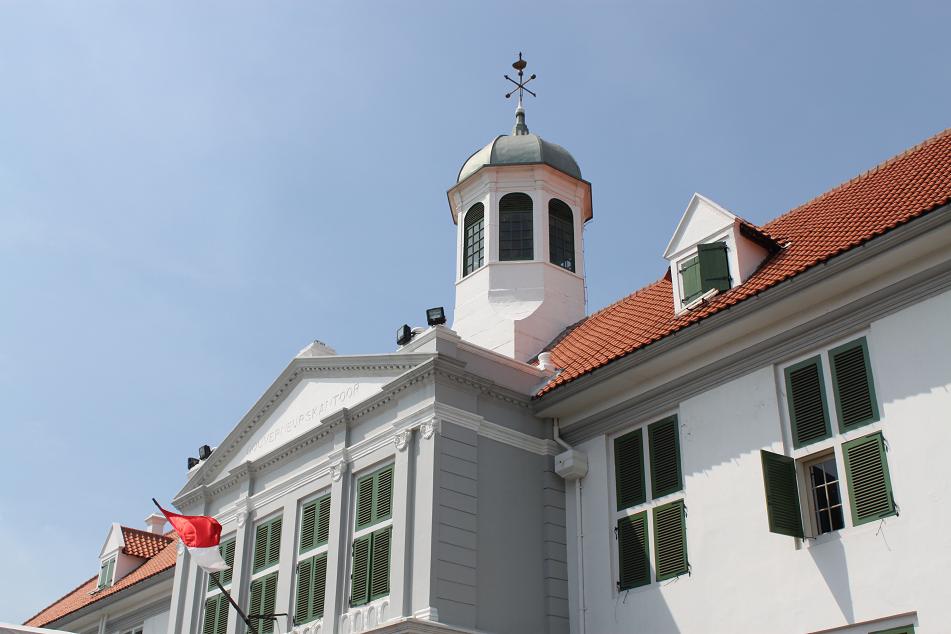 When I don’t travel I try to write something about places near the city where I live in, or, the city itself. Since I currently live in Jakarta, then I decided to write a post about Jakarta’s most interesting quarter, that is the old town quarter. It turned out that my post has made some people want to visit Jakarta. Something I never imagined would happen before due to Jakarta’s notorious traffic. However Jakarta can be a very interesting city, only if you know where and when to go and what to do. 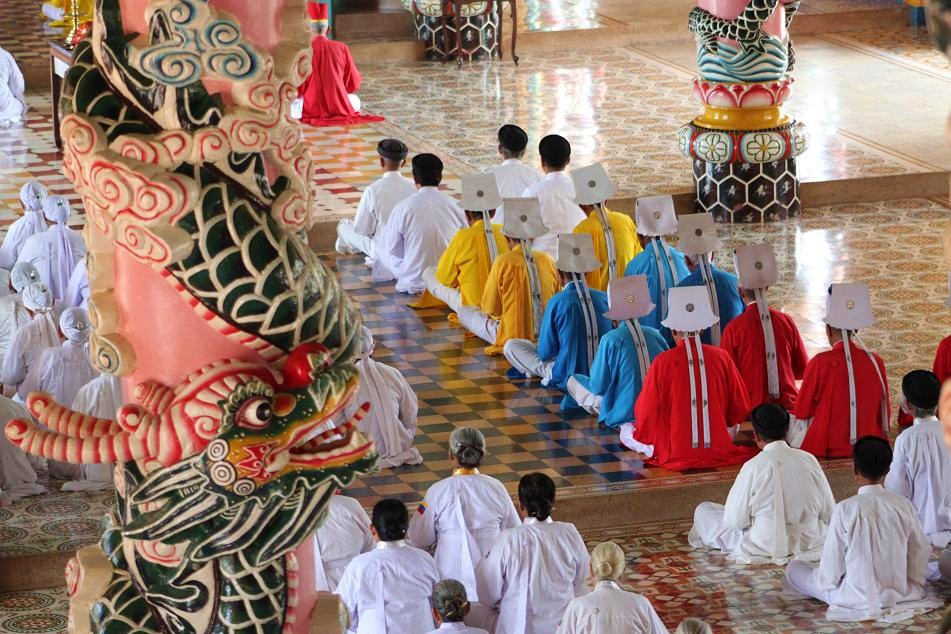 Cao Dai temple is one of the most bizzare and exotic things that I have witnessed so far. The blend of world’s religions into a single system of faith is something I never thought could happen, yet it is what exactly Caodaism is all about. Harmony in the most eccentric way. When I wrote the post about it I thought that this subject could be very interesting, but it turned out it didn’t get too much attention. However I still recommend this place as one of the sites that must be visited when you travel to Ho Chi Minh City. 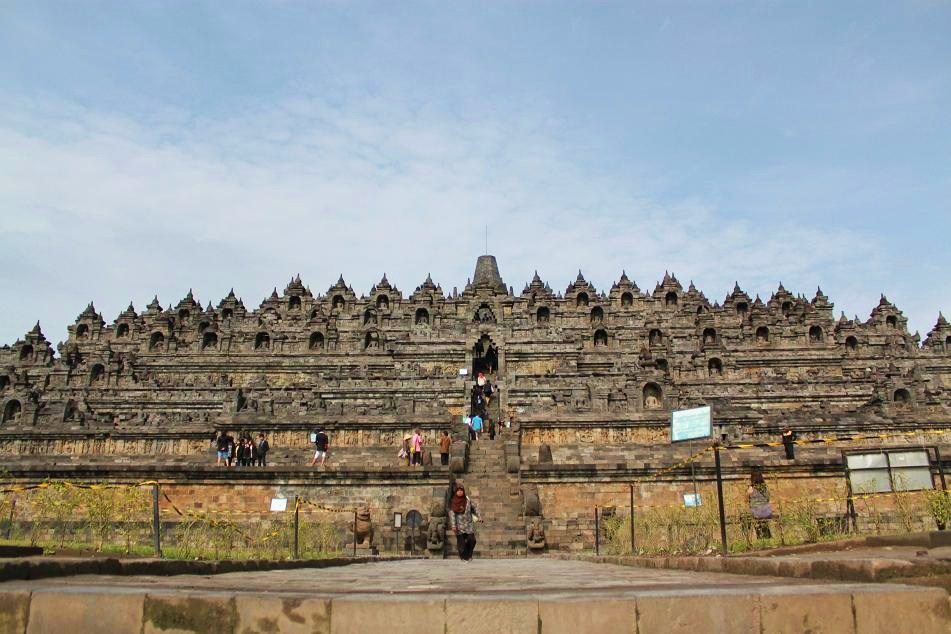 One of my earliest posts in this blog was about Borobudur and Prambanan Temples in Java, Indonesia. After I wrote it, I got some nice comments saying how interesting the temples are. I know that Angkor Wat in Cambodia is much more famous than those Javanese temples. So, when I wrote that post, I’m quite proud for being able to introduce one of the most interesting places in Indonesia.

Those are My 7 Links and according to tradition I have to nominate other travel bloggers to write their own My 7 Links. These are some travel blogs which I nominate to participate in My 7 Links project:

1) Act of Traveling. Emiel seems to be a normal guy from The Netherlands who has a decent career and a happy small family. However, his family is not like many others. Since he was young, Emiel has already been passionate about traveling and learning other cultures from places such as Japan (among other countries which he has visited). But not only him, his wife is also a traveler at heart and they had their first trip together to Peru. Now, they share their passion for traveling with their beloved children because they believe (which I also believe) that traveling is the one of the best (if not the best) investment that you can give for your children. They can learn about new cultures to broaden up their mind and have fun at the same time. This happy family has traveled to places like Thailand, India and Morocco and they proved to everyone that having children shouldn’t stop anyone from traveling because traveling itself is a great way to raise children. When raised in multicultural environments, in the future children will more likely have better understanding about different cultures and therefore become better citizens of the world.

2) Bruce Peck Adventures. I met Josh and Sasha on the same tour bus to Cao Dai Temple and Cu Chi Tunnel in Vietnam, but we didn’t have any conversation until lunch time. He started the conversation and from that time we talked about so many things. They are some of the nicest people I’ve ever met when traveling abroad. I found out that after marriage they travel around the world for one year and also have worked in some countries which they visited. Their journey has not over yet, and currently they are in China.

3) yTravel Blog. Caz is an Australian young woman who has a great passion for traveling. She made her first trip abroad to Indonesia and explored the country even to some off-the-beaten tracks (one of them includes an adventure to Sumatra’s lush jungle where she was lucky to avoid being an easy prey for a tiger). Now she is married and has a little daughter who will likely share her passion for traveling one day. She also shared some useful information and tips about various subjects on traveling which can be very handy.

Travel does open up your mind and horizon. So keep up the spirit to travel and explore new places around the world!