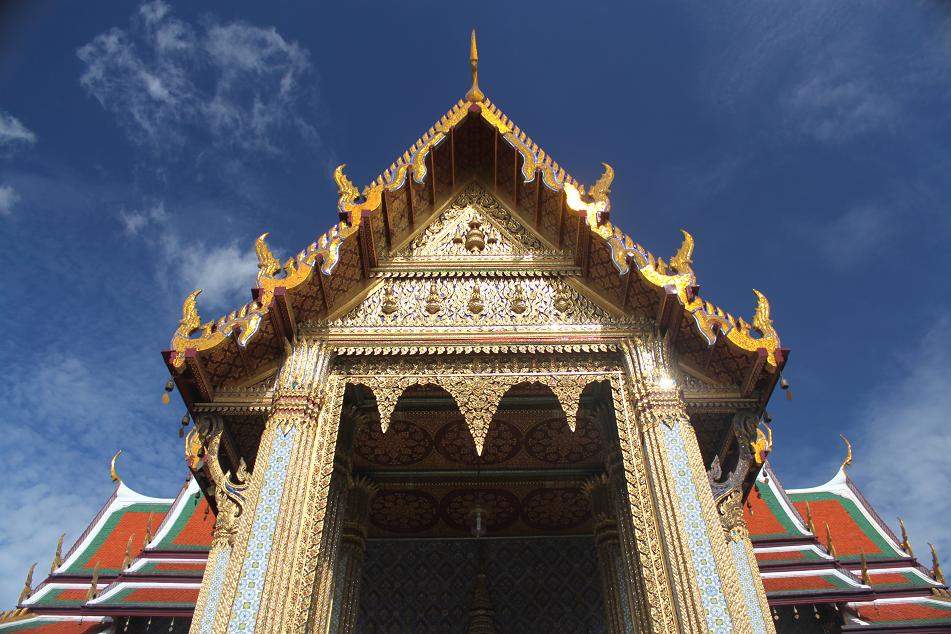 The Grandeur of The Grand Palace

The Grand Palace and Wat Phra Kaew are arguably Bangkok’s most precious jewels. Both are confined within the walled area of Ko Ratanakosin near the bank of Chao Phraya River. It was once a royal palace built by King Rama I when the capital of the Thai Kingdom was moved to Bangkok. However, the current king (King Bhumibol Adulyadej, or Rama IX) no longer lives in this place. Nevertheless, this complex of beautiful and grandeur palace is still occasionally used for official ceremonies.

The Grand Palace is open everyday at 8.30 (never believe anyone who says that it is closed!) and the ticket also can also be used to enter the Dusit Palace. Since it basically still serves as a royal compound, you have to pay attention to your attire. The most important thing is that your knees and shoulders must be covered. Strolling inside the complex was a jaw-dropping experience for me. I had never seen anything like that before, where glittering ornaments and shiny golden statues dominated the view of the entire complex no matter which direction I looked at. I must say that I was a little bit overwhelmed at that time (in the good way). Enough words, let the pictures do the rest. Enjoy and bye for now! 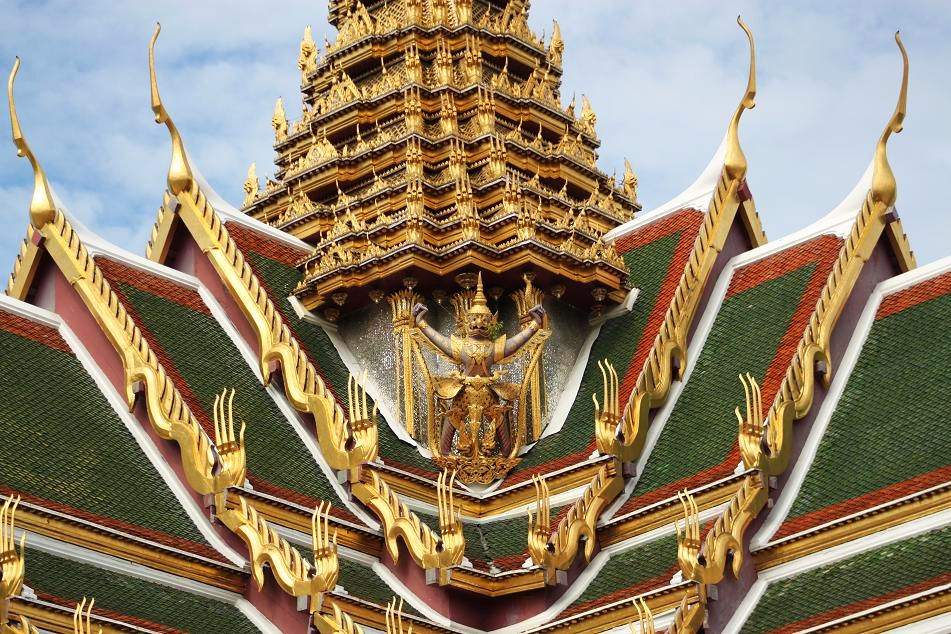 Gilded Garuda on The Roof of The Grand Palace

Roof Decoration of The Grand Palace

Very Rich in Decoration and Ornaments, Even Up at The Ceiling 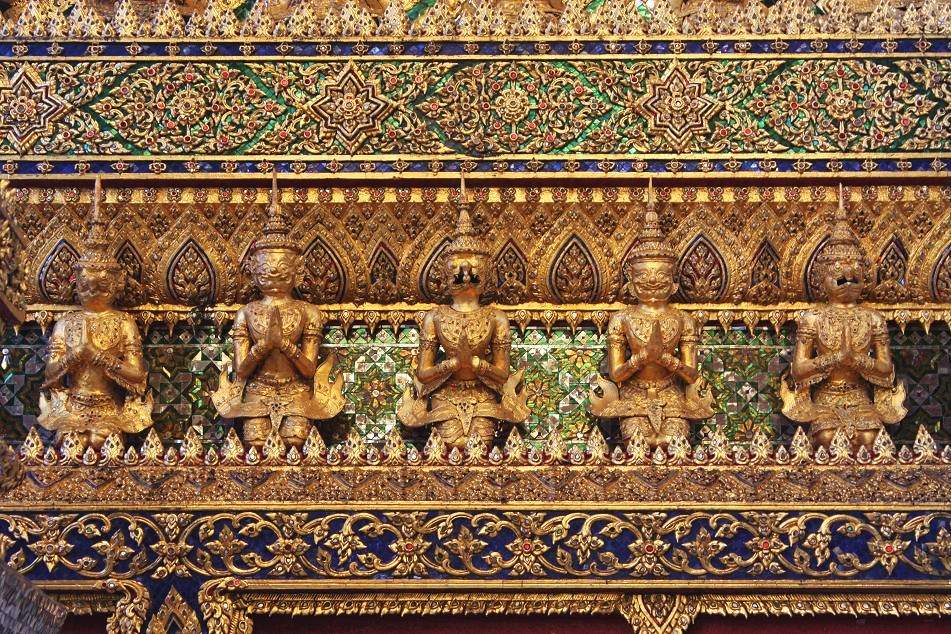 One of Buddha Statues from Java

Are They Positioned to Carry The Golden Chedi?

One of Golden Statues in Front of Wat Phra Kaew

15 thoughts on “The Grand Palace and Wat Phra Kaew”