In the 12th century, when the Khmer gained its independence from Java (present-day part of Indonesia), their king (Suryavarman II) instructed the construction of a religious monument which also serves as a national capital (and later becomes the world’s largest religious compound). At that time, the Khmer people were still practicing Hinduism, hence the monument was built in accordance with Hindu tradition. The temple was built around a moat and divided into several sections, such as the outer section (which serves as the gate or entrance to the main section), the smaller temples between the gate and the main temple, and the main temple which has tall spires symbolizing Mount Meru (most Hindu and Buddhist temples also have a central structure which symbolizes this mystical mount). 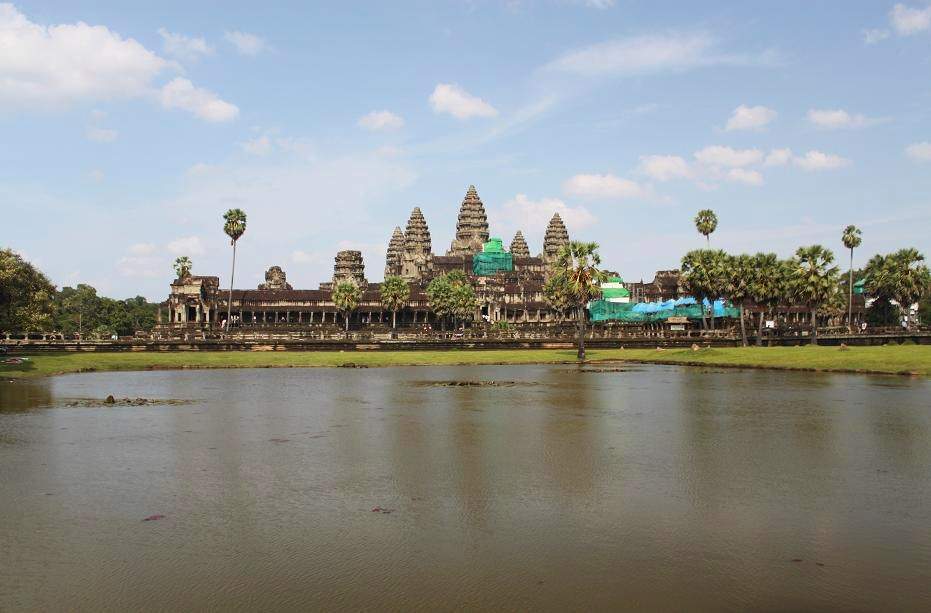 Angkor Wat (Currently a Restoration Work is Under Progress)

Today, hundreds of years after its completion, the monument which was named Angkor Wat (Angkor means capital) still stands tall and strong as a proof of the power of the ancient Khmer empire. However, as Khmer people embraced Theravada Buddhism, the temple was also converted into a Buddhist shrine. Hence, the statues of Buddha co-exist with images of Vishnu (one of Hindu’s supreme deities). 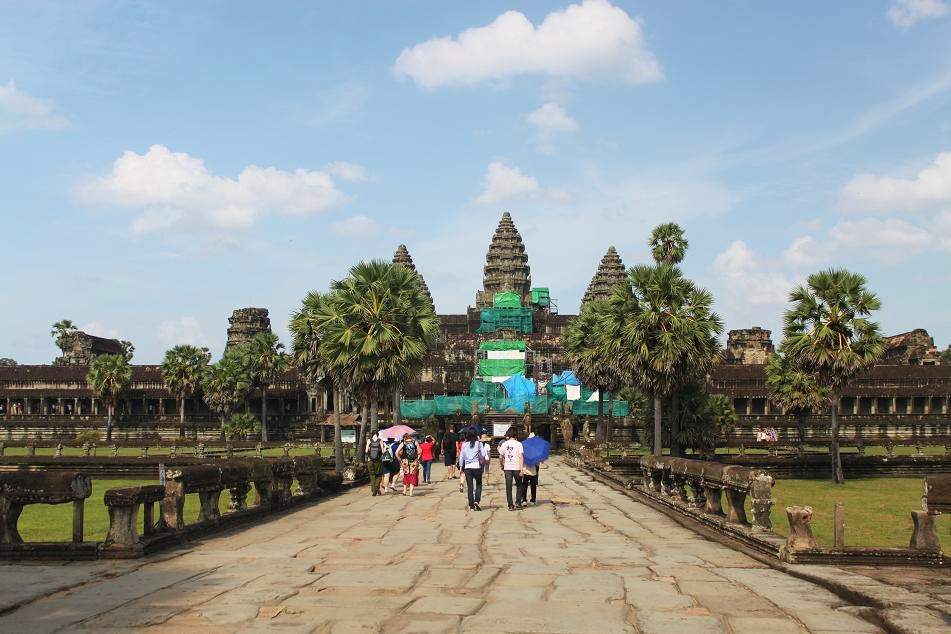 The Tallest Spire as Seen from The Upper Gallery

One of the most distinctive features of all Khmer temples is the existence of Apsara, which in western literature is similar to nymph. According to ancient Hindu mythology, Apsaras came into the world after the Devas (gods) and Asuras (demons) churned the ocean of milk by pulling naga to extract the elixir of immortality (I really like this story). Along with Apsaras, also came other creatures, such as Airavata which later became the mount of Indra, one of the chief deities in Hindu mythology.

Zoomed-In Relief of Apsara at The Tallest Spire

Ornate Relief with An Apsara at the Background

The best time to visit Angkor Wat is at dawn or dusk. You should plan in advance how many days that you will spend around the whole Angkor archaeological park because tickets are available for one day, three days and one week visit.

Angkor Wat is no doubt one of the places that you have to visit in your life. However, Cambodia still has many other fascinating ancient temples to offer. More stories and pictures are coming up!

Related Posts: The Enigmatic Faces of Bayon, Ta Prohm: A Temple Amidst The Woods, Cycling around Angkor Archaeological Park

22 thoughts on “Angkor Wat: The Khmer Jewel and Pride”