Two of More Than 200 Gigantic Faces of Bayon

Angkor Wat served as the capital of the Khmer empire until mid-12th century, when the death of King Suryavarman led to the invasion of the Chams (present-day Vietnam) to the Khmer capital. However, a few years later, a Khmer prince successfully defeated the Chams and forced them away from Khmer’s land. The victorious prince then became King Jayavarman VII, who was arguably the greatest king of the Khmer empire.

Following his success, he instructed the construction of a new capital (known as Angkor Thom) which is not far from Angkor Wat. At the center of the new capital, a new temple was erected. The temple is unlike other Angkorian temples because it has more than 200 gigantic faces adorning its spires and walls. No one knows for sure whose face that is. However, some scholars believe that it resembles the face of Jayavarman VII himself, while some others argue that it is the face of Avalokitesvara, one of the most famous boddhisatvas (Jayavarman VII was a Mahayana Buddhist, hence the temple contains some Buddhist features). 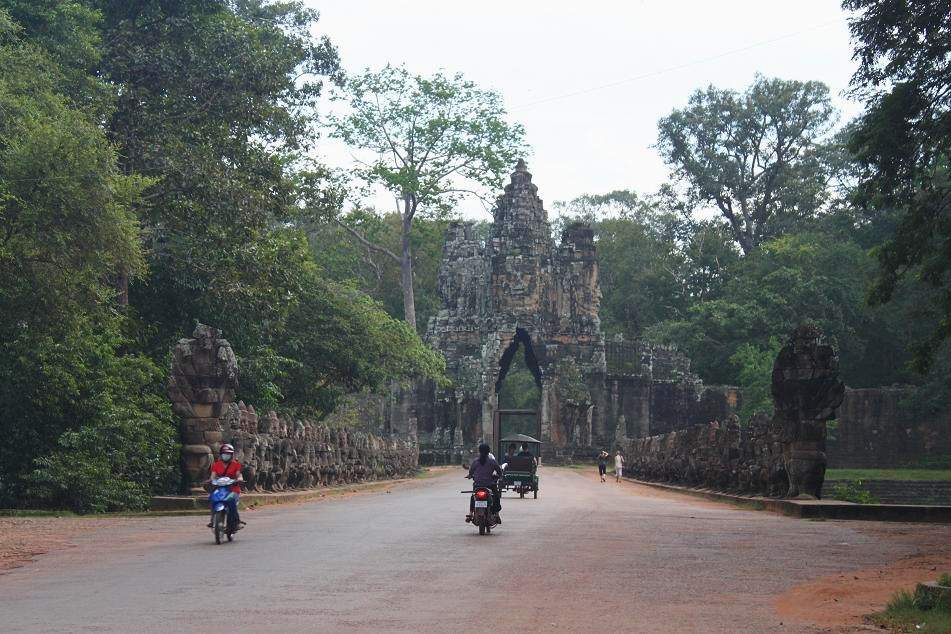 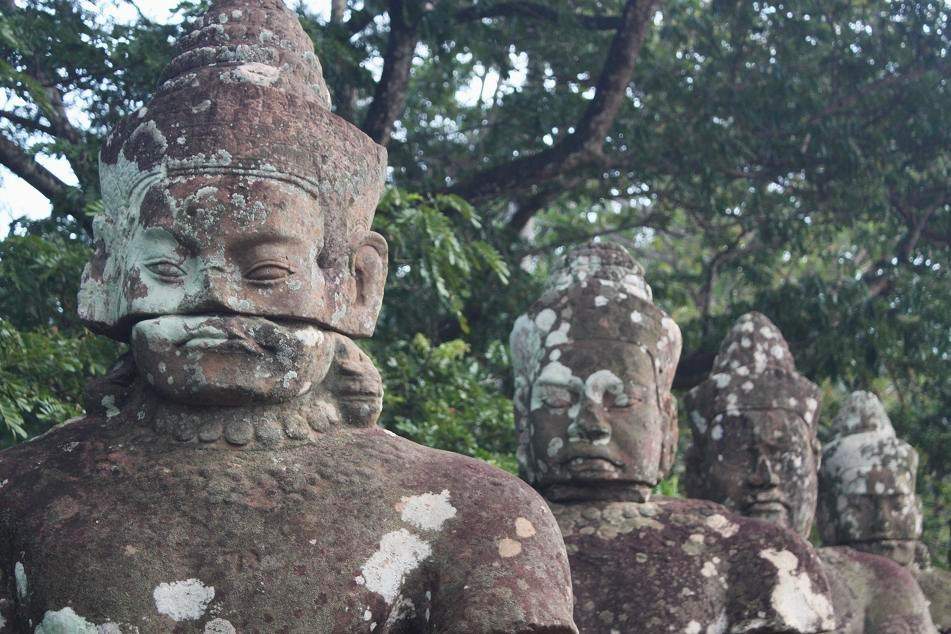 Faces of Devas at One of Angkor Thom’s Gates 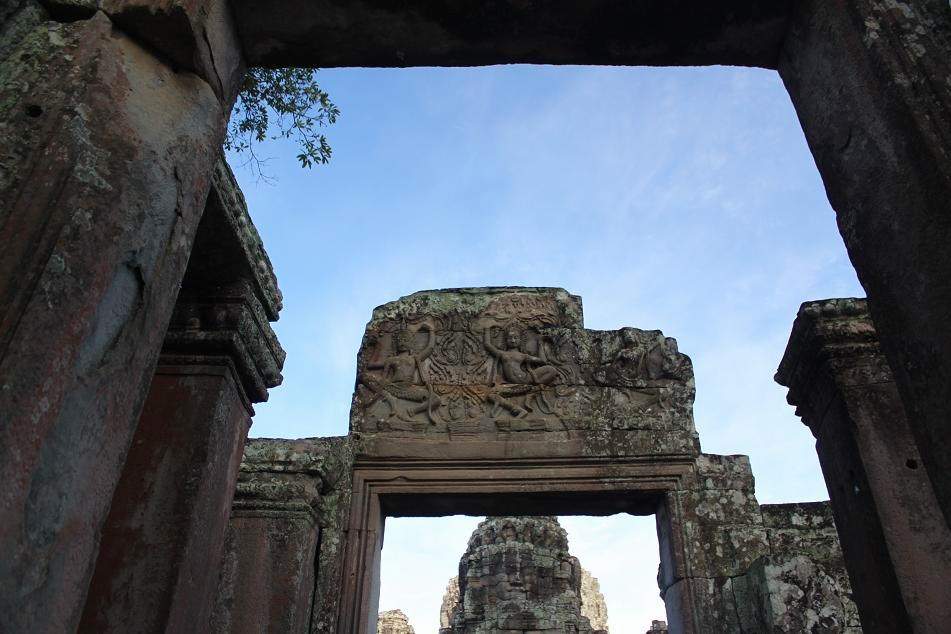 Towering Spires at The Upper Gallery (With Gigantic Faces, Of Course)

Chambers at The Upper Gallery 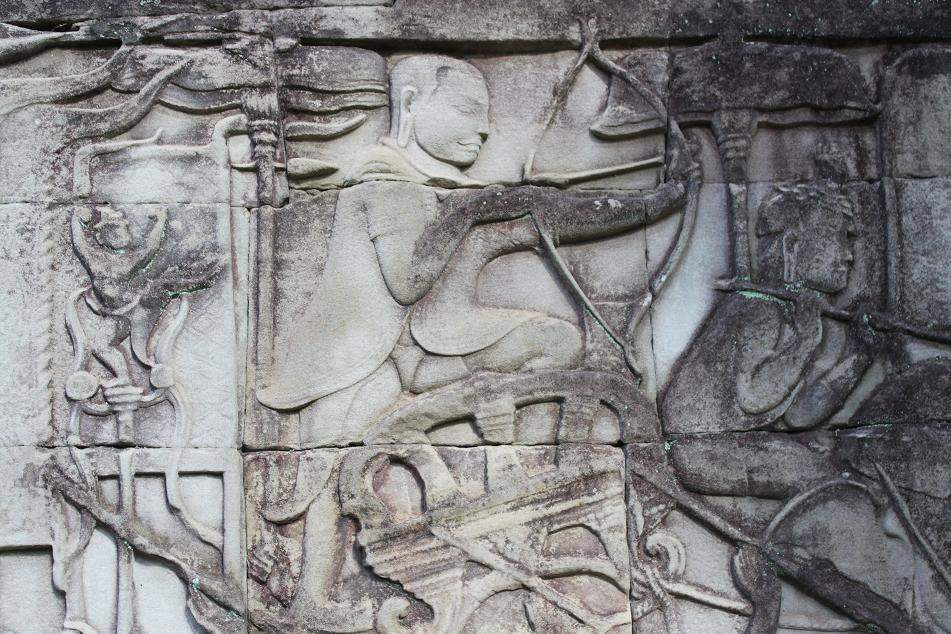 Mundane Life is Also Depicted on The Walls

So far, Bayon is my favorite temple in Cambodia due to its unique feature which I’ve never seen anywhere else.

23 thoughts on “The Enigmatic Faces of Bayon”