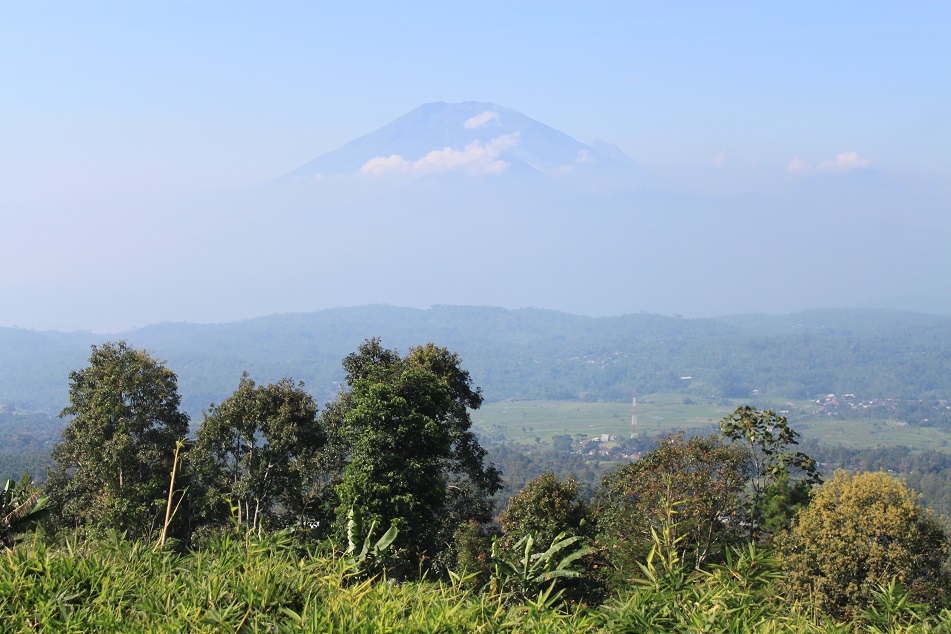 Mount Merbabu and The Venerated Mount Merapi (behind)

On the slopes of Mount Ungaran in the temperate climate of Java’s hilly terrain, perches several small ancient temples amid rose gardens, cabbage fields, and wild taro and coffee trees. The sky is clear, the sun shines brightly. This place is only less than 40 km away from where I was born. But it has taken me 28 years to finally set foot in Gedong Songo – Javanese for ‘nine buildings’ – a temple compound in this cool refuge from the unbearable heat and humidity of Semarang, the capital of Central Java.

Originally studded with nine Hindu temples, hence the name, today only five remain largely intact and excavated. The rest are now merely in ruins. Built in the 8th century out of volcanic stone, the temples are fine examples of the Early Classic style of Javanese architecture. As one of the oldest temples in the island of Java, Gedong Songo pioneered the way for the construction of even more magnificent Javanese temples of Borobudur and Prambanan. The former even inspired King Suryavarman II of the Khmer Kingdom (present-day Cambodia) to build an even larger religious monument, Angkor Wat.

Instead of taking the normal counter-clockwise route from Gedong I to V, Alexander and I opt for the opposite. Snaking uphill on a path under the scorching heat takes its toll. I have to stop every now and again to catch my breath, thanks to the succulent and sumptuous dishes I had the previous day. Occasionally horse-riding visitors pass us by, seemingly indifferent of the calorie-burner path. 10 minutes after we start the hike, we come to an ascending path where the mighty Mount Ungaran stands before our eyes. It is literally like climbing the stairs to heaven.

Not long afterwards, we see the first temple – although technically the last temple in a normal circuit. Dotted with boy and girl scouts seeking a refuge from the sun, Gedong V is located at the highest elevation of all the five temples, standing graciously against the ravine which separates the two main sides of the hills. Gedong III and IV are clearly visible from this vantage point, each perched on a slope of the verdant backdrop.

As the predecessor of the great Javanese temples, Gedong Songo’s decorative elements are quite modest compared to its bigger sisters. However the projecting vestibule and “false linggam” spires on top of its temples are some of the most distinctive features of the structures from the Early Classic period. Each temple has its own distinguishing feature. Gedong I is a lonesome structure compared to the rest of the compound; Gedong II has its kala-makara relief; and Gedong III which consists of several temples depicting Shivaite Hinduism.

Wandering further through the scenic pathway, we notice white clouds hanging over a small temple just north of Gedong IV. Coming closer I realize that it is not a cloud, but rather a gas with a putrid scent. Puffing gently from above the hill, the true power of the fumarole can only be comprehended by walking down the twisting path leading to the earth’s showcase of power. Right next to the small crack where the sulphurous gas escapes to the atmosphere, lichens cover the volcanic stones, flourishing despite the heat a few meters away.

It is probably the same energy that brought people to this rugged terrain and erect these venerated temples. Because this is Java, the land where mysticism is the norm amid the shadows of its towering volcanoes.

Mount Sindoro, One of the Active Volcanoes in Java

The Narrow Pathway around the Temple Compound

The Bucolic Scene of Gedong Songo

Gedong V, the Highest of All the Five Temples

Gedong III across the Ravine

Gedong IV with the Ruins of the Pervara Temples 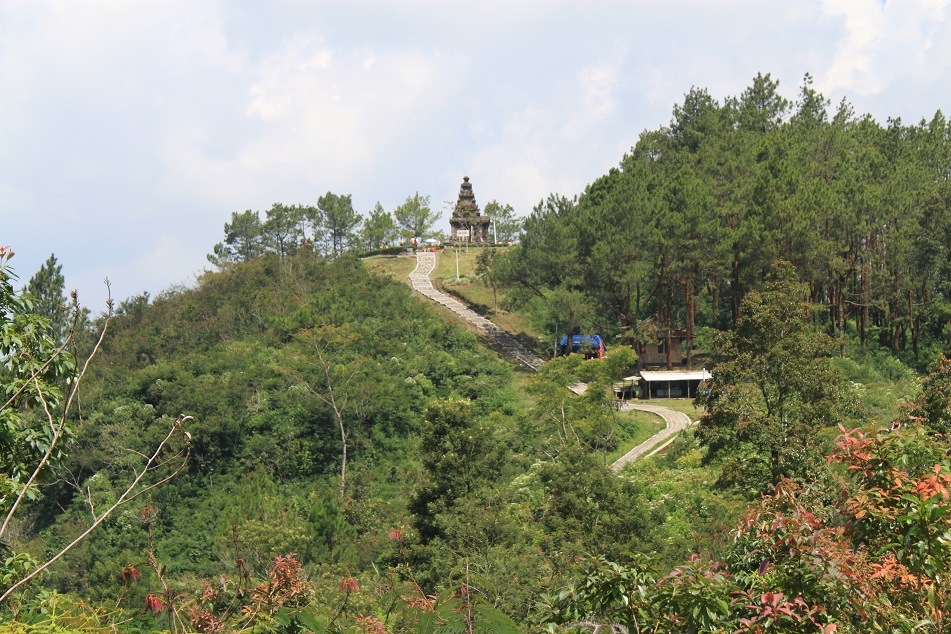 Gedong V, from a Different Angle 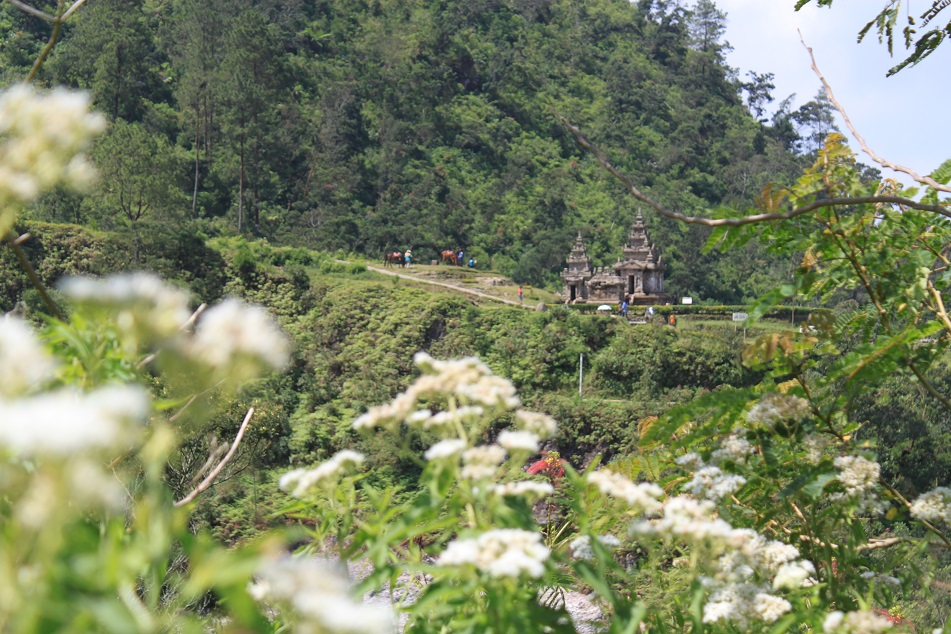 The Beauty across the Ravine 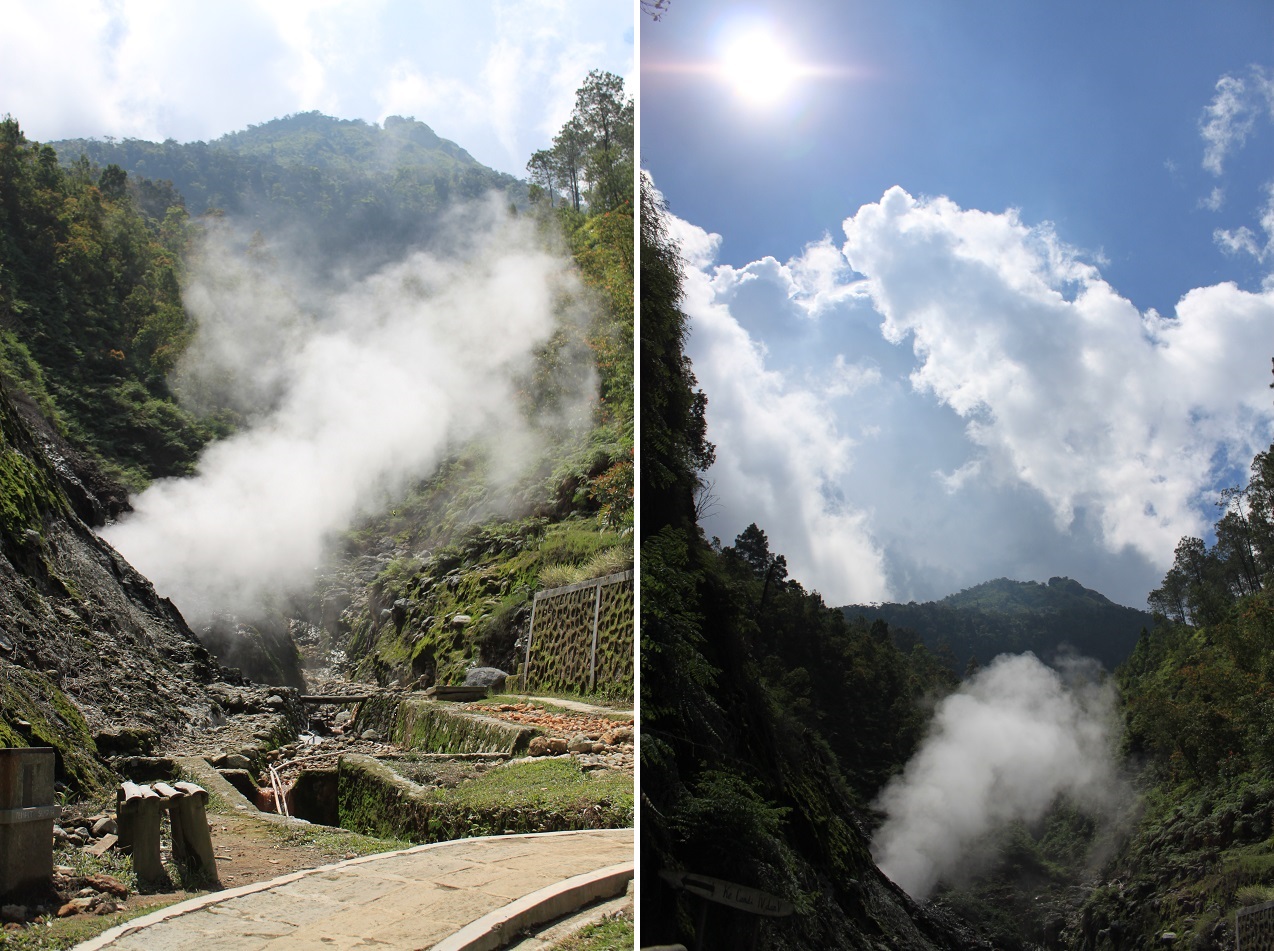 Energy, from the Sky and the Earth

Peculiar Things around the Temples 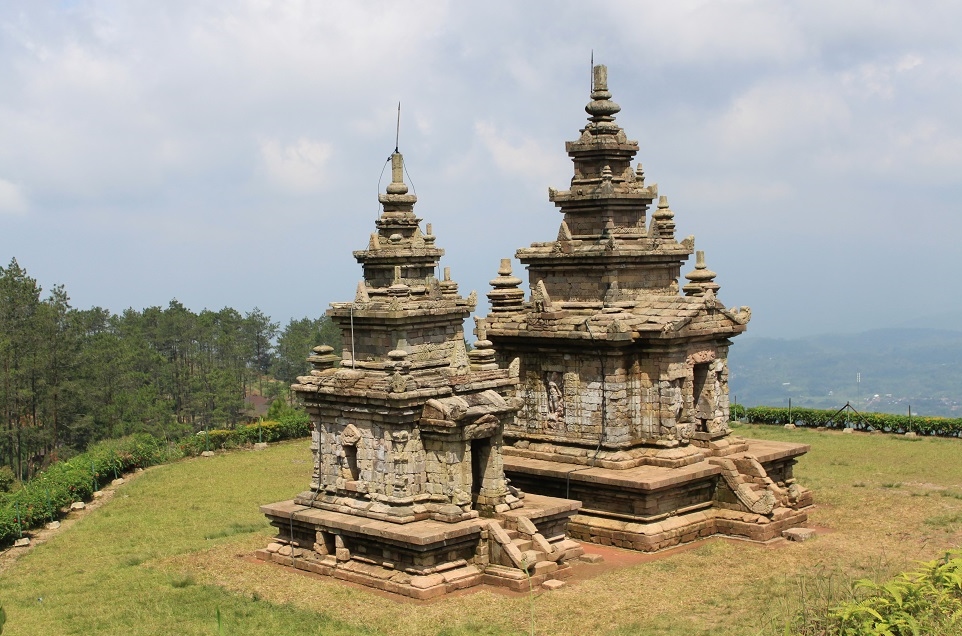 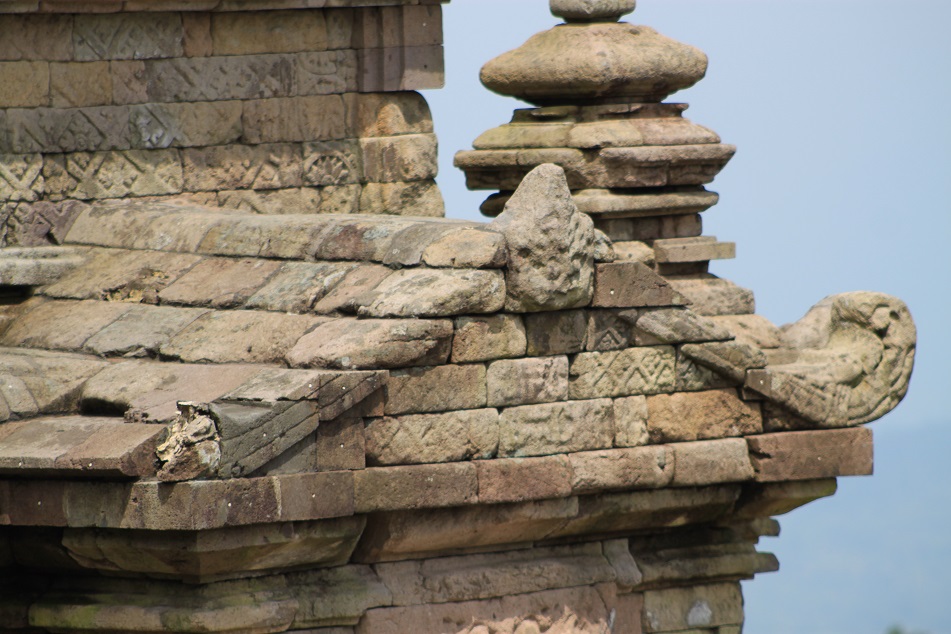 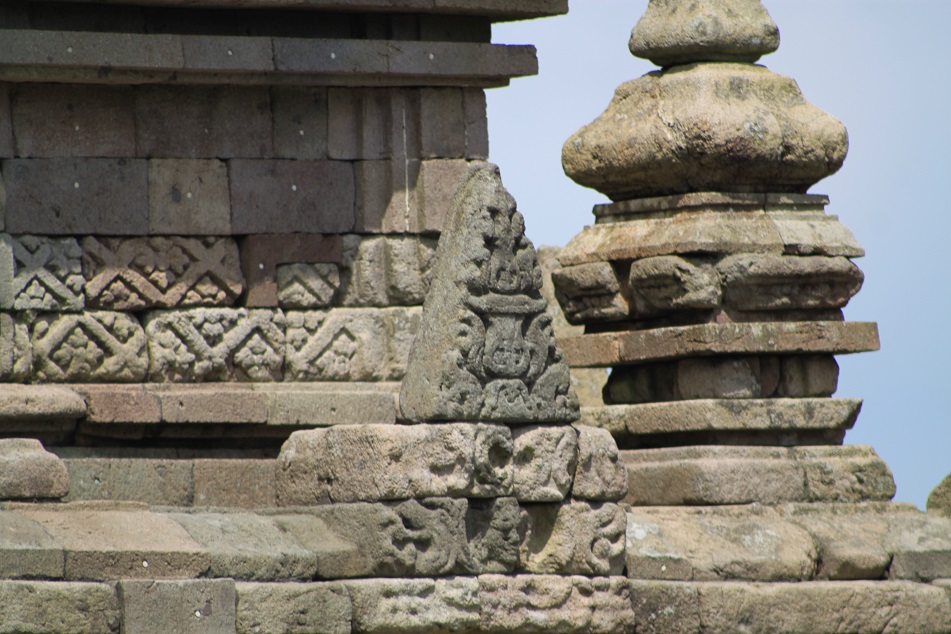 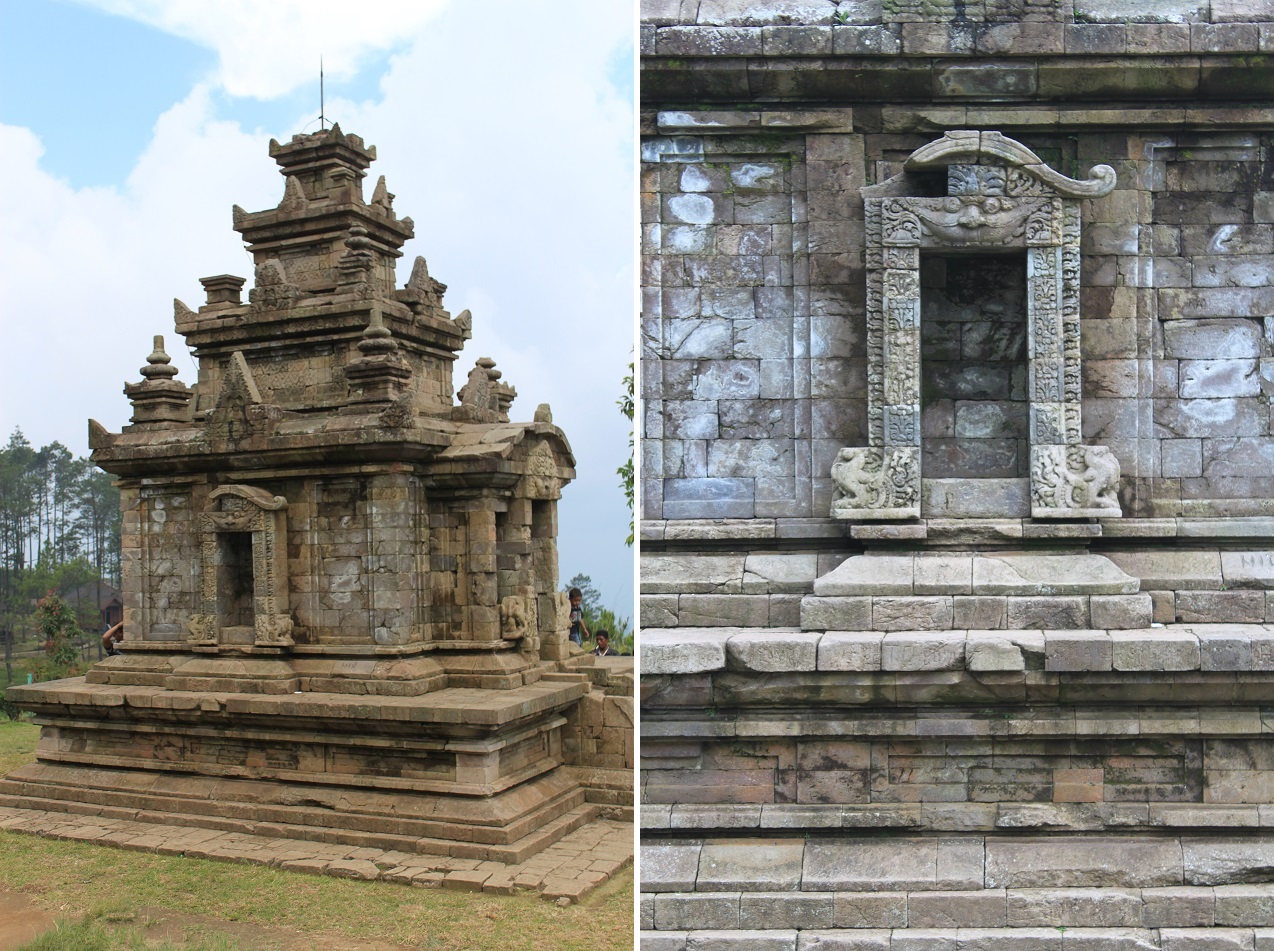 Gedong II and Its Kala-Makara Gate

The Mystical Jaranan Dance Performed Before We Left