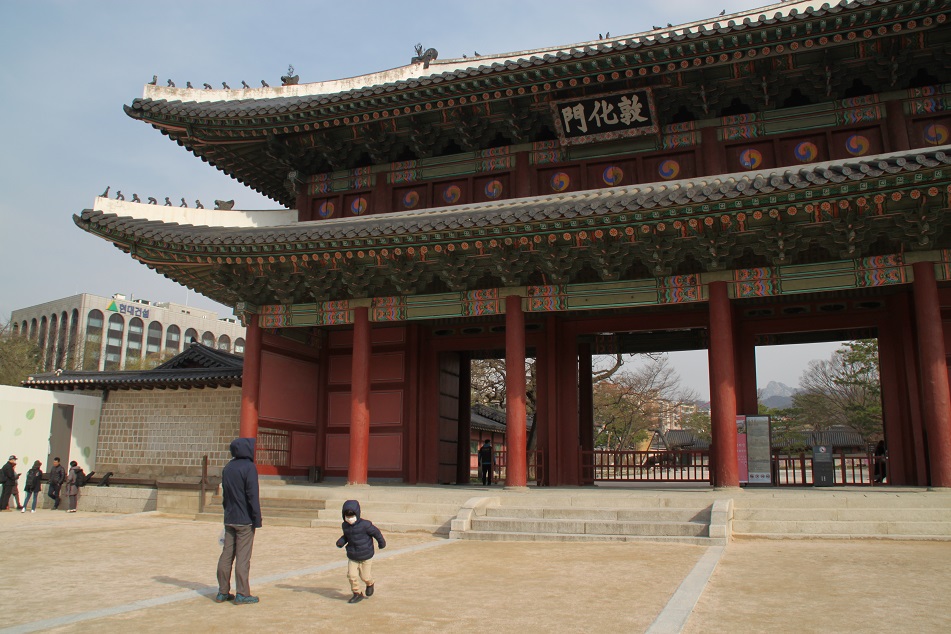 Donning a dark blue and light pink hanbok (Korean traditional costume), our guide Jae greeted us at the gate to the Secret Garden at Seoul’s Changdeokgung Palace. Together with around 40-50 other visitors, most of them wearing thick jackets with their hands tucked firmly in their pockets, we were about to enter a section of the early 15th-century palace which can only be accessed on a guided tour.

“Good morning! How are you?” our fresh-looking guide welcomed us; his hair was combed so neatly it could possibly not move even a millimeter during a typhoon, his face was proof of what Korean skincare products can do, and his outfit was so spotless it provided us with a glimpse of how magnificent the costumes of the past kings, queens, princes and princesses must have looked like.

“Very cold,” we answered in unison with a hint of frustration at the stubbornly low temperatures despite being in early April – it was 4 degrees Celsius that morning even with the arrival of the spring sun.

“Yes, it is unseasonably cold. But starting from tomorrow the weather should get warmer and warmer,” he reassured us. Unfortunately that was my last day in Seoul on a very short trip which was made even shorter due to a little weather drama at the beginning of the trip.

A few hours earlier, James and I had arrived at Donhwamun, the main gate of Changdeokgung palace complex, together with a few other visitors. Seoul’s morning sun that day was a nice relief from days of clouds that given the South Korean capital a rather gloomy appearance, and as soon as the entrance was open we headed straight to Changdeokgung’s Injeongjeon, the compound’s opulent throne hall. Given the existence of a grand palace on the scale of Gyeongbokgung, one might wonder, why would Seoul need another one? In fact, the South Korean capital has no less than five palace compounds that hark back to an age when the Korean peninsula was still led by dynastic rulers.

To understand the origins of Changdeokgung, we have to go back in time to a period known in Korean history as the strife of princes. The overthrowing of the Goryeo dynasty in the late 14th century involved several high-ranking figures, including Yi Seong-gye (who would later be known as King Taejo, the first ruler of a new dynasty called Joseon) and Yi Bang-won (King Taejo’s fifth son who helped him assassinate officials loyal to the Goryeo dynasty). As history goes (and keeps repeating itself in many parts of the world), the prince who expected the king to appoint him as his successor was disappointed by the king’s decision to choose his eighth son instead. Angered by his father’s resolution and blinded by his own ambition, Yi Bang-won murdered the crown prince, another half-brother, and the king’s prime minister. 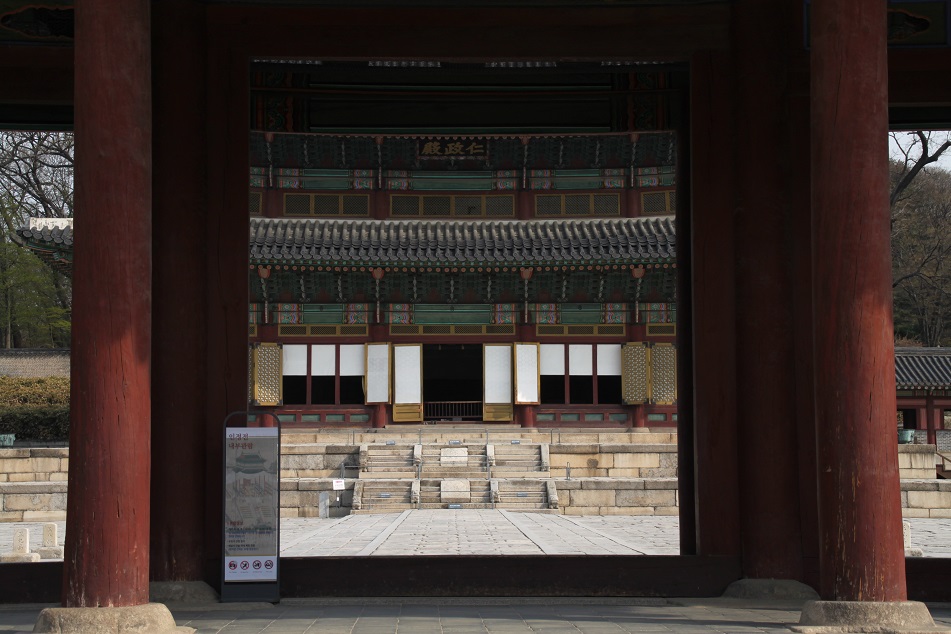 Looking at the throne hall through Injeongmun gate 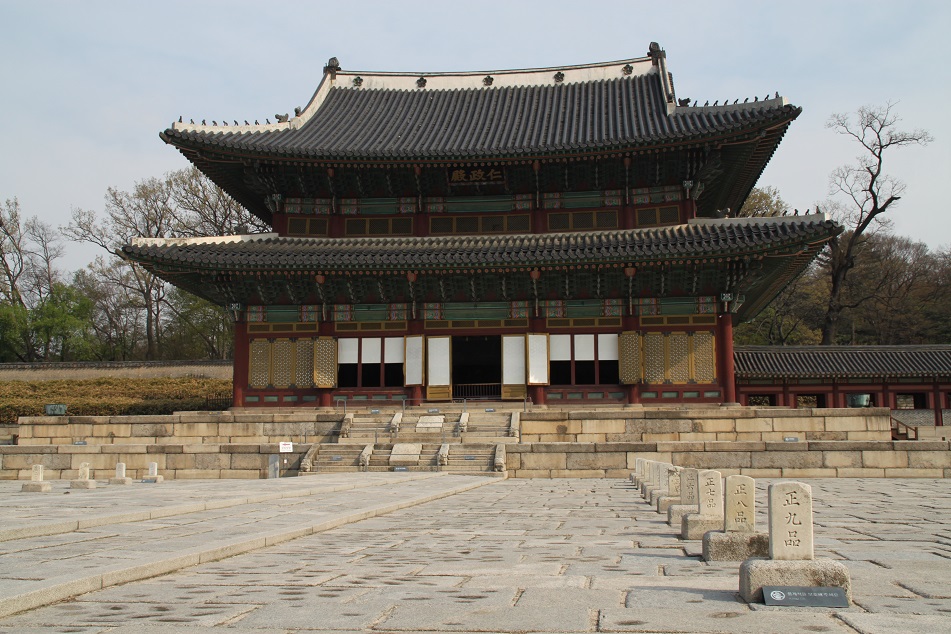 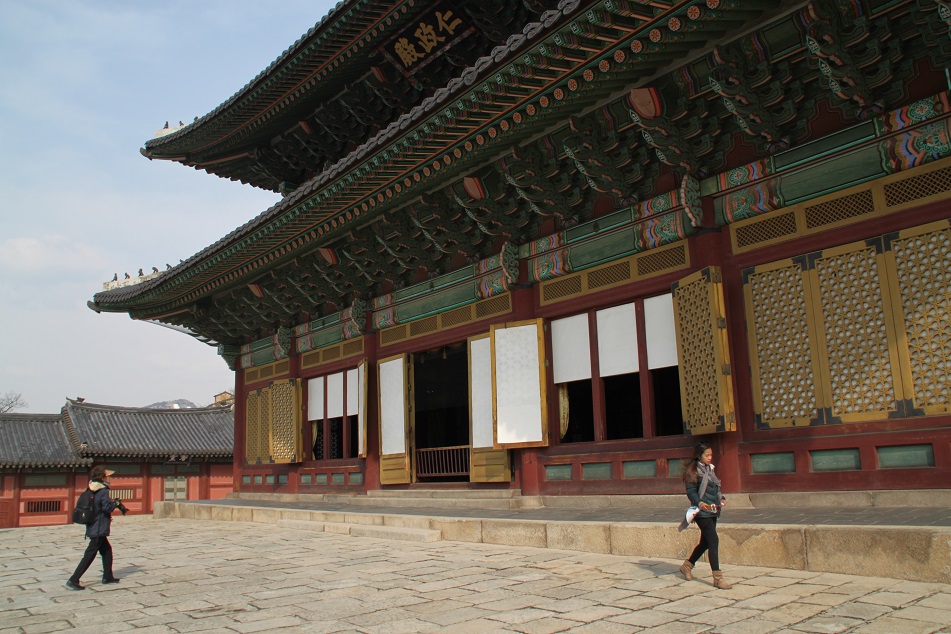 A cold, sunny day at Changdeokgung 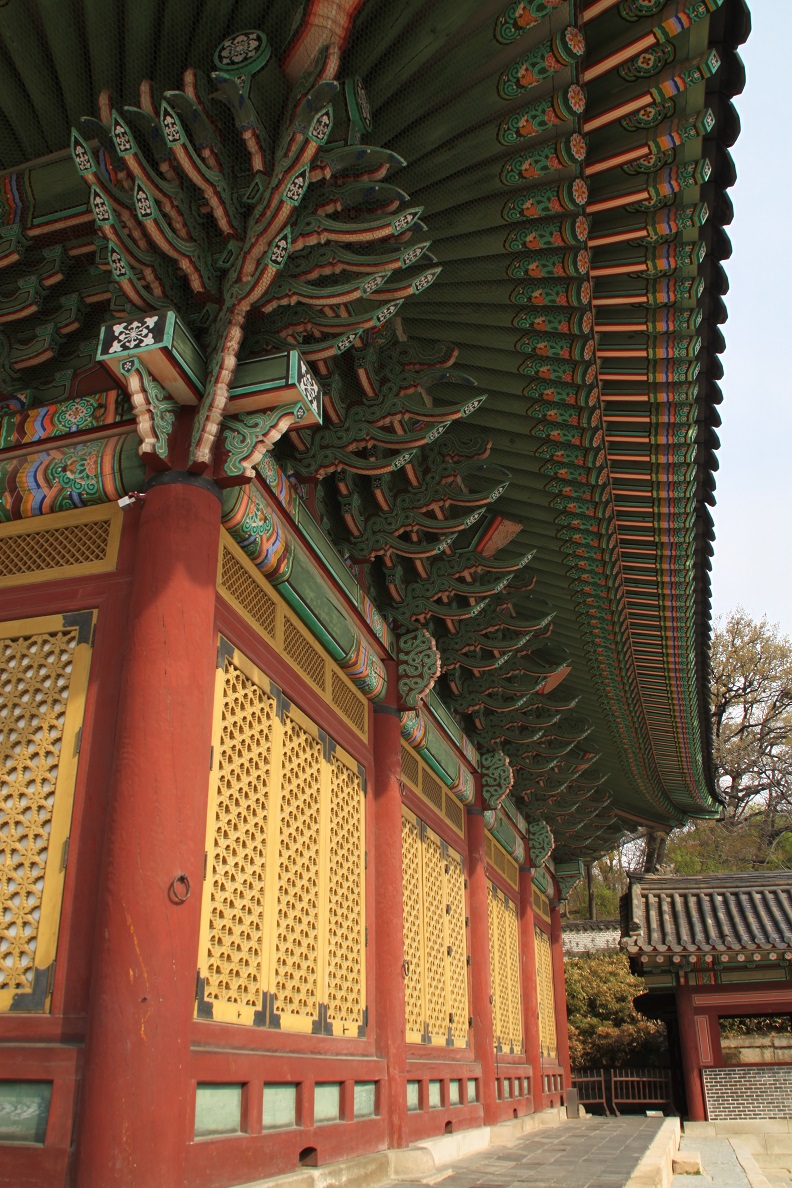 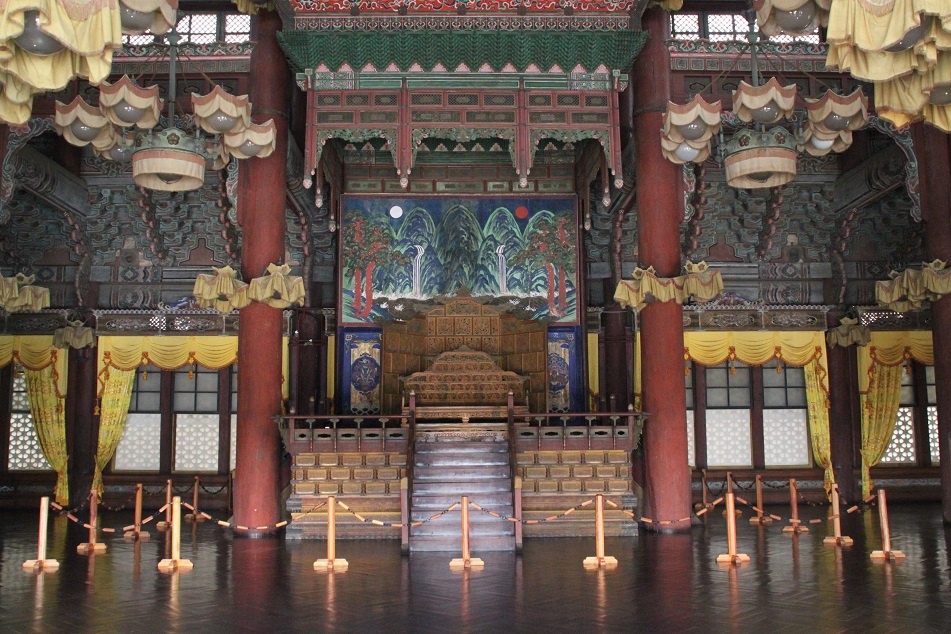 The throne of Joseon kings 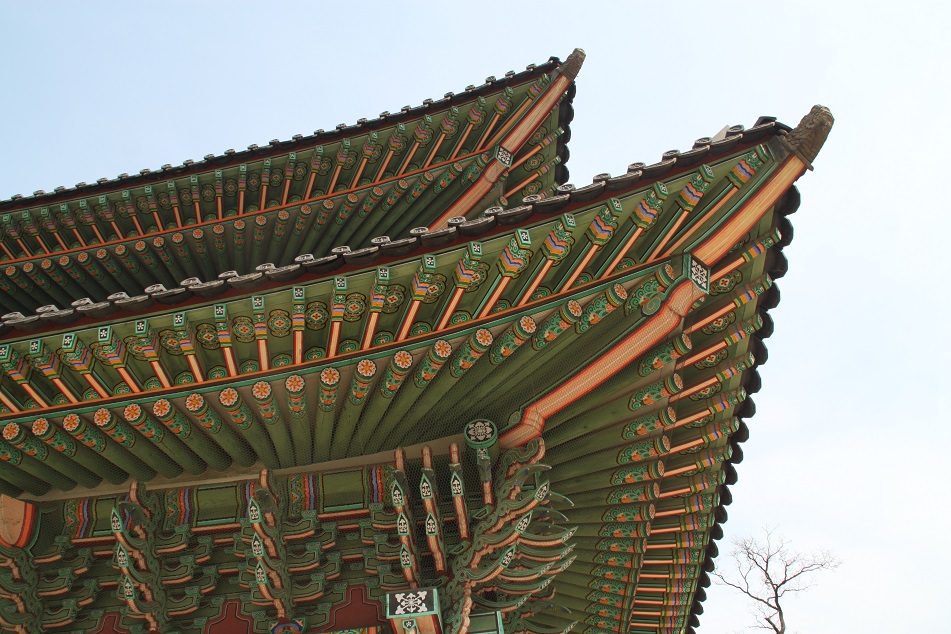 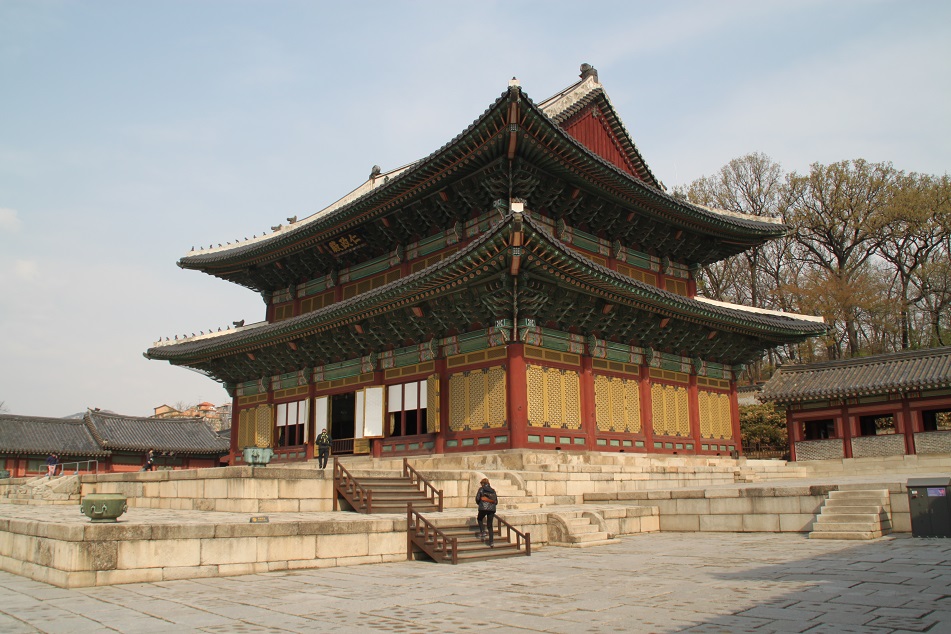 The place where formal state events were held… 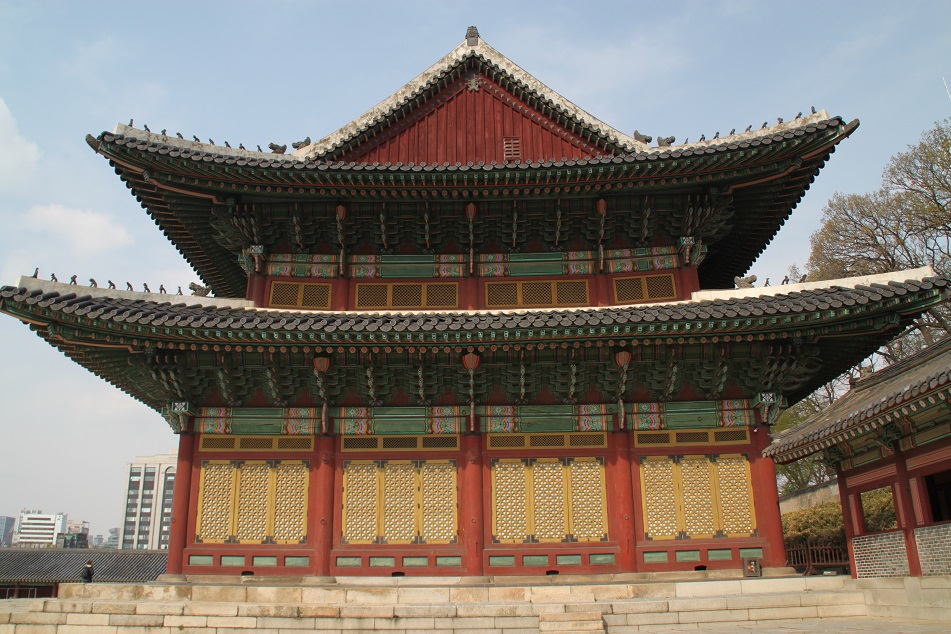 … including coronation ceremonies and the reception of foreign envoys

Devastated by the blood spilled within Gyeongbokgung’s compound, King Taejo decided to abdicate and appointed his second son Yi Bang-gwa as his successor. The new ruler, called King Jeongjong, moved the capital of his kingdom from Hanyang (modern-day Seoul) to Kaesong, the former Goryeo seat of government (and today a North Korean city near the border with South Korea), far enough from the reach of power-hungry Yi Bang-won. However, nothing seemed to be able to stop the latter from gaining more influence, and after another episode of strife involving princes of the Joseon dynasty, King Jeongjong abdicated after only two years in power. Yi Bang-won eventually ascended the throne and became King Taejong, Joseon’s third ruler.

The new king brought drastic changes in many aspects of state affairs, from the dissolution of an assembly of court ministers to strengthen the king’s power, to the promotion of Confucianism as the state ideology over Buddhism which had been adopted by the Goryeo dynasty. He also moved the capital of his realm back to Hanyang, where a new royal residence and office called Changdeokgung was commissioned five years after he assumed control of the kingdom. It took seven years to finish the palace and interestingly, in spite of the bloody path he went through to become a king, Taejong wanted his new abode to be in harmony with its surrounding environment, as opposed to Gyeongbokgung’s imposing nature.

Despite having been destroyed several times throughout its history, Changdeokgung has always been faithfully reconstructed according to its original design. It was the favorite palace of many Joseon kings, largely because of its vast garden at the back of the core section of the compound where kings and royal family members relaxed and had their recreation. Now called the Secret Garden, it was where we met Jae for that cold but memorable walking tour. Our knowledgeable guide walked us through beautiful ponds and pavilions set against the picturesque setting of the verdant hill along a meandering pathway that sometimes led to steep steps which proved to be arduous for some of us – past kings must have had less sedentary lifestyles.

Unfortunately the sun was hiding behind the clouds once again despite the promising start of the day. An image in the official brochure I was holding showed Buyongji Pond and Juhamnu Pavilion surrounded with beautiful autumn foliage, not exactly how both appeared to my eyes that day but they were still pretty nonetheless. Thanks to its state of preservation compared to other royal palaces of the Joseon dynasty, Changdeokgung was inscribed on the UNESCO World Heritage list in 1997 – two years after South Korea’s first three sites made it into the prestigious list – a status that has turned it into one of the most popular heritage buildings in Seoul.

However, one question remains unanswered: when will the people across the border be able to visit these sites just like everyone else across the globe? And vice versa for the South Koreans to see places in the north that played an important role in the history of the peninsula, like Kaesong. Only time will tell. 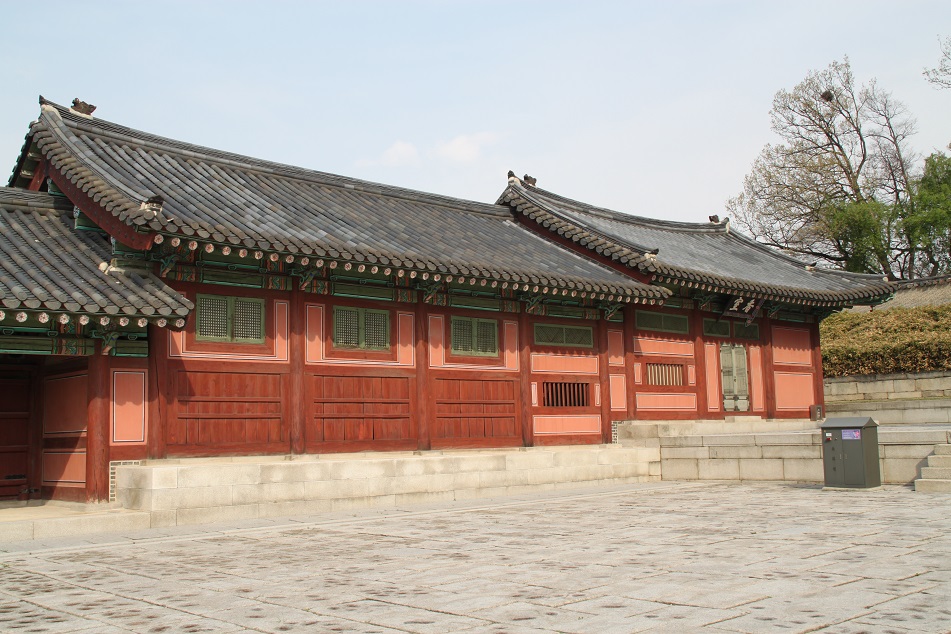 One of the buildings encircling the throne hall 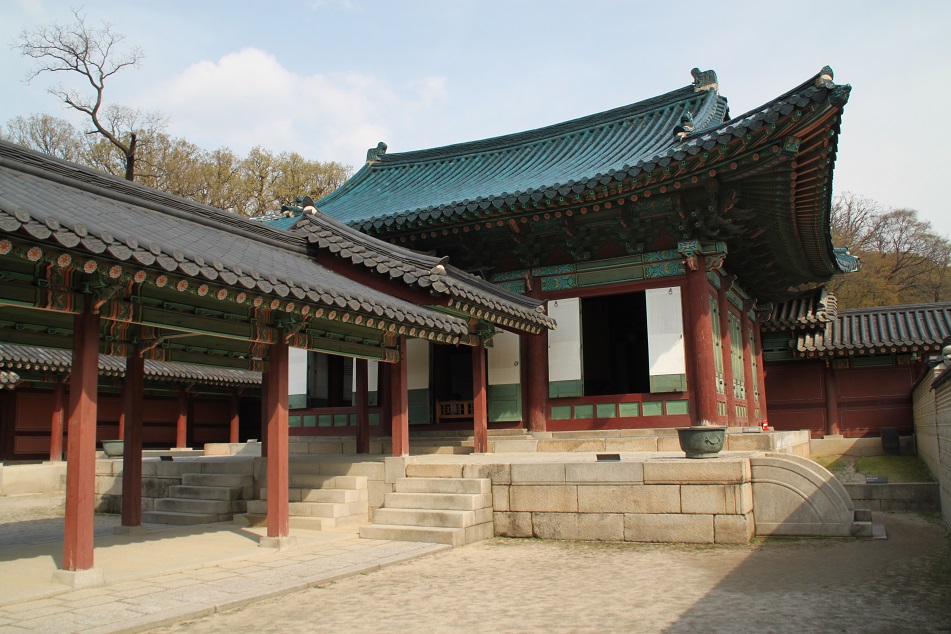 The intricate ceiling of Seonjeongjeon 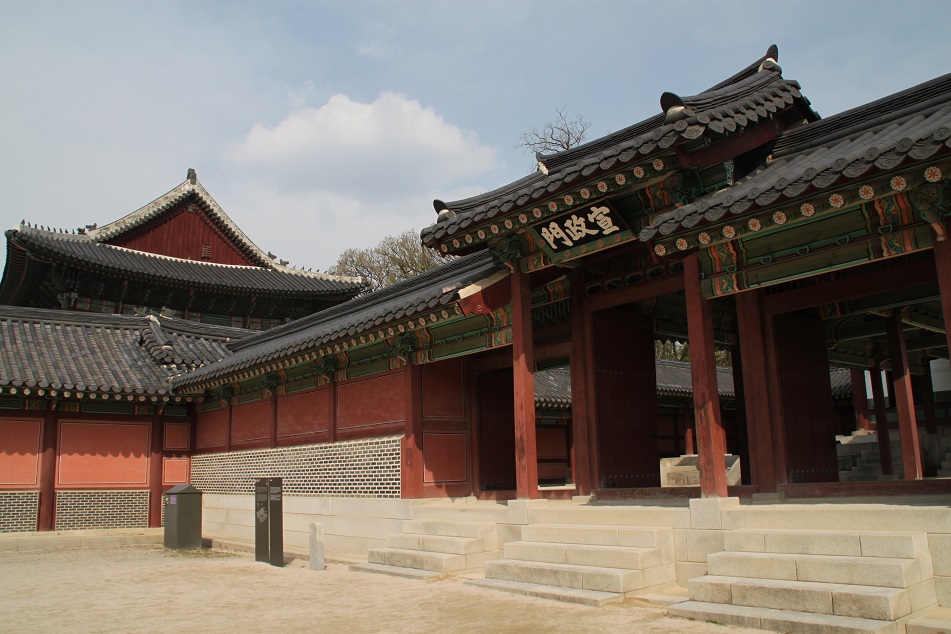 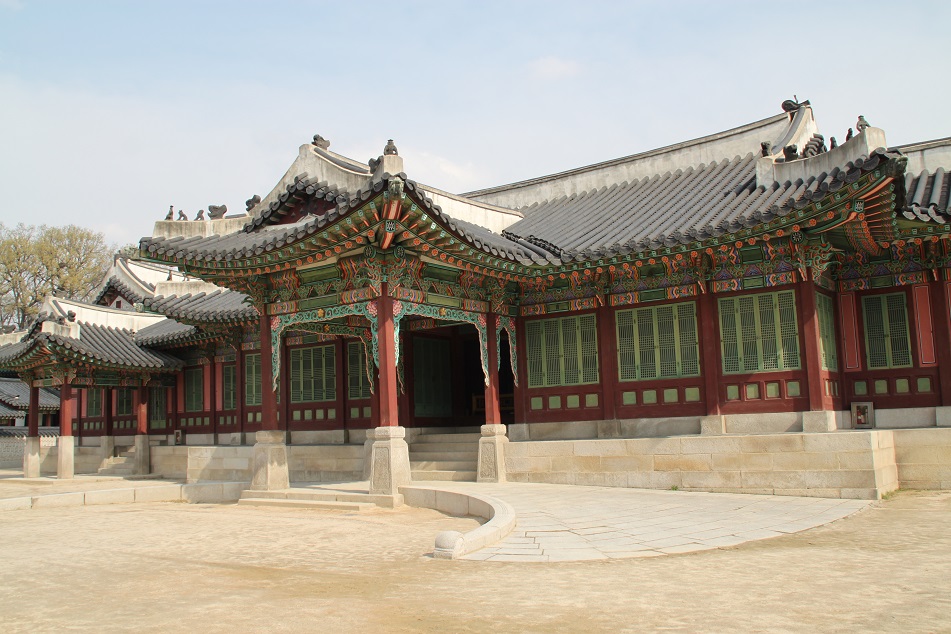 The beautiful entrance to Huijeongdang, the king’s residence 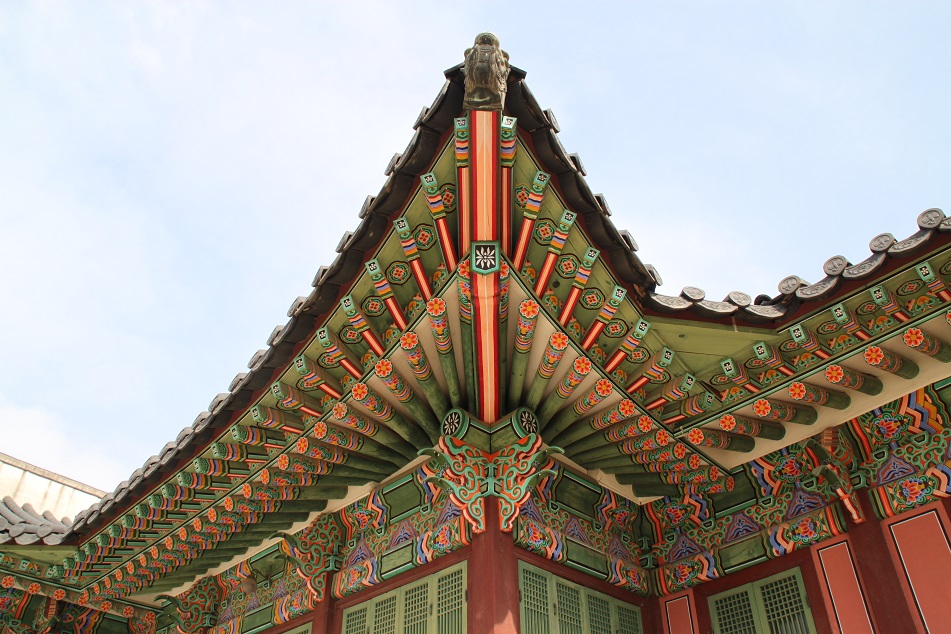 Bursts of colors at Huijeongdang 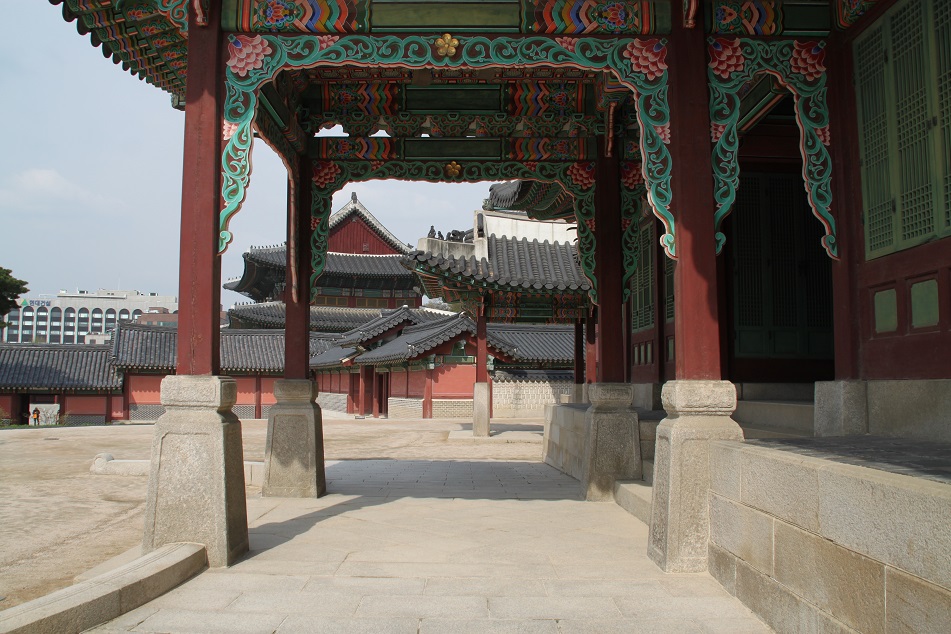 Huijeongdang from a different perspective 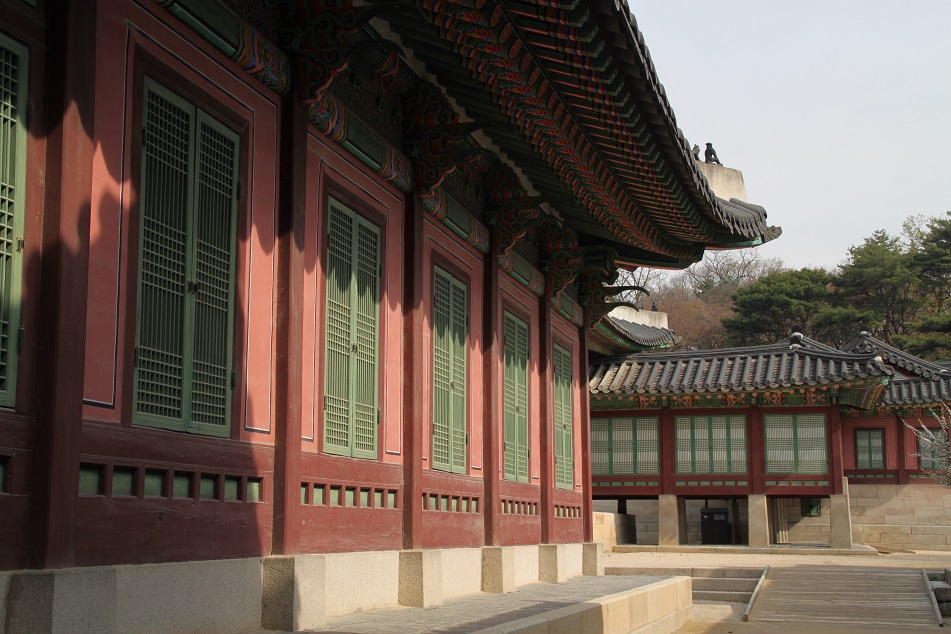 Shadow play around the king’s residence 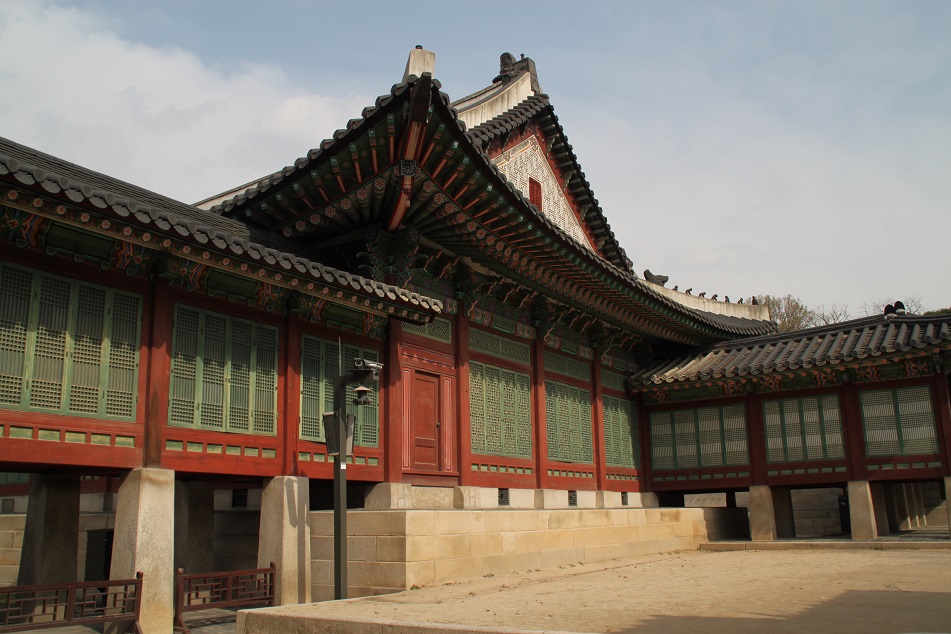 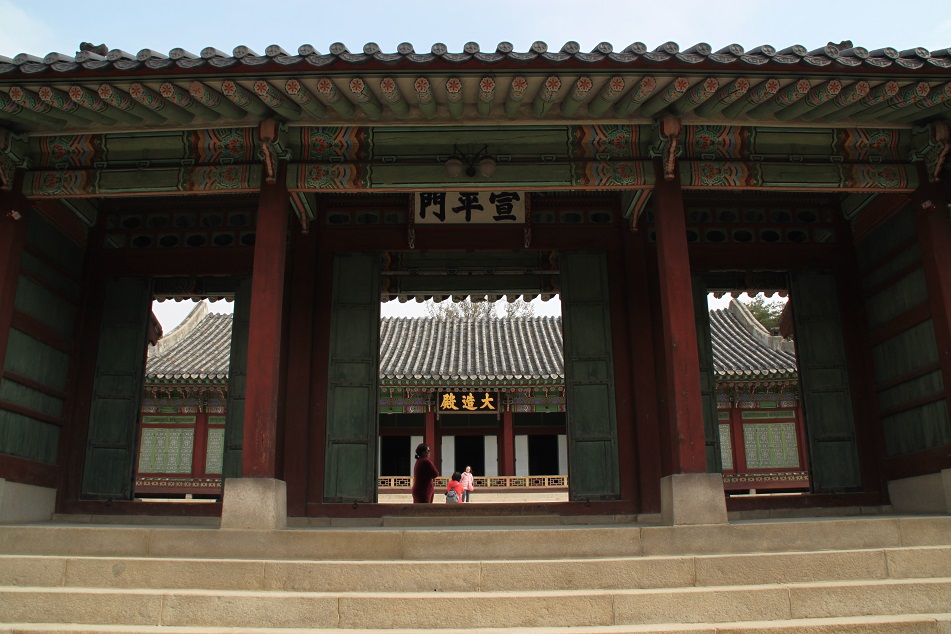 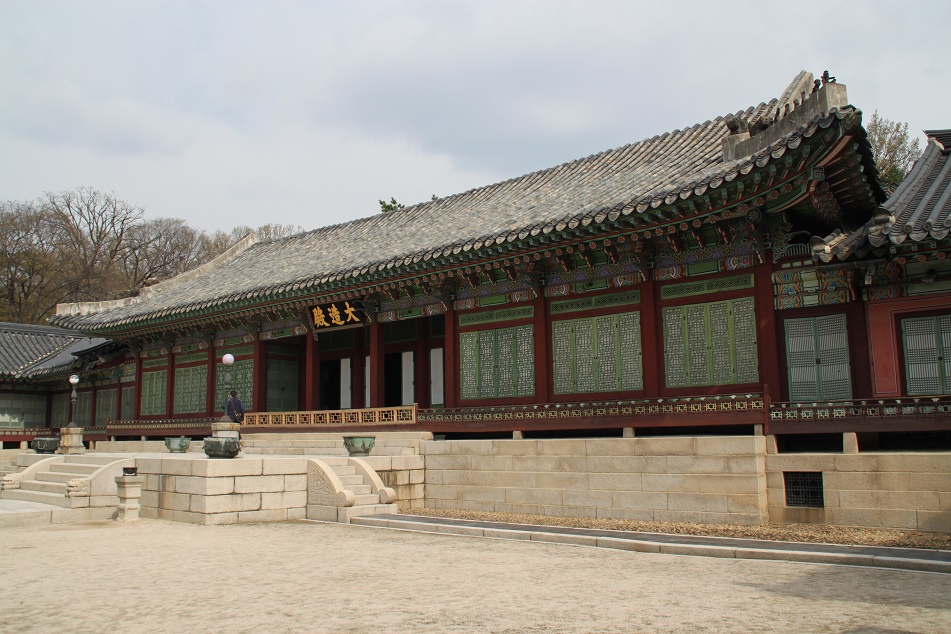 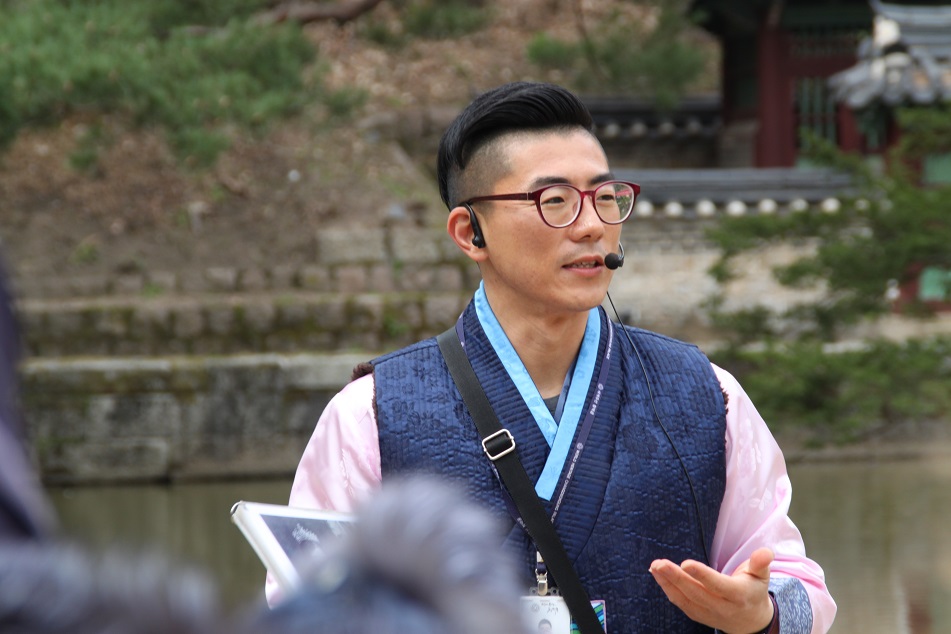 Jae, our guide in the Secret Garden 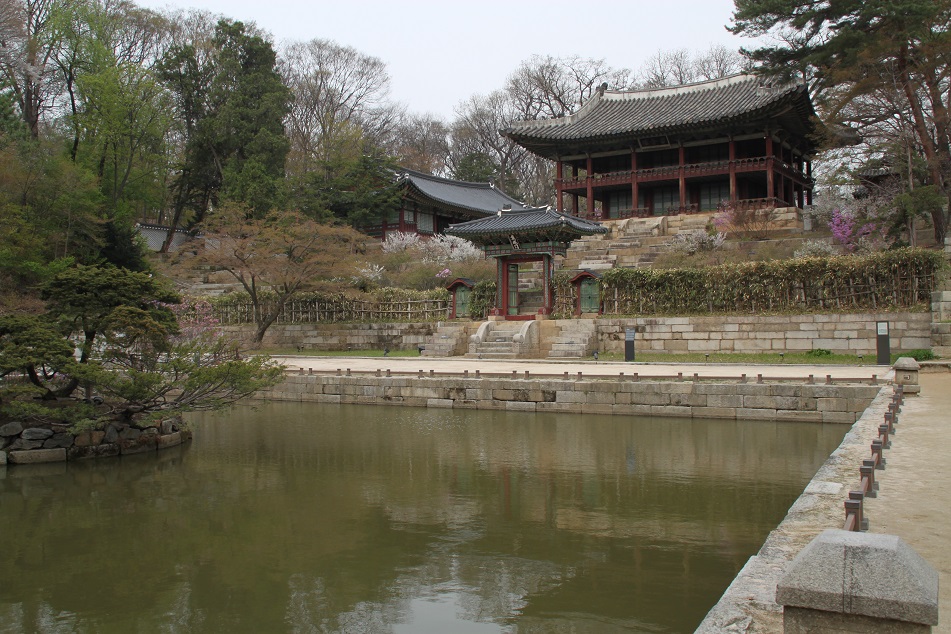 A closer look at Juhamnu Pavilion 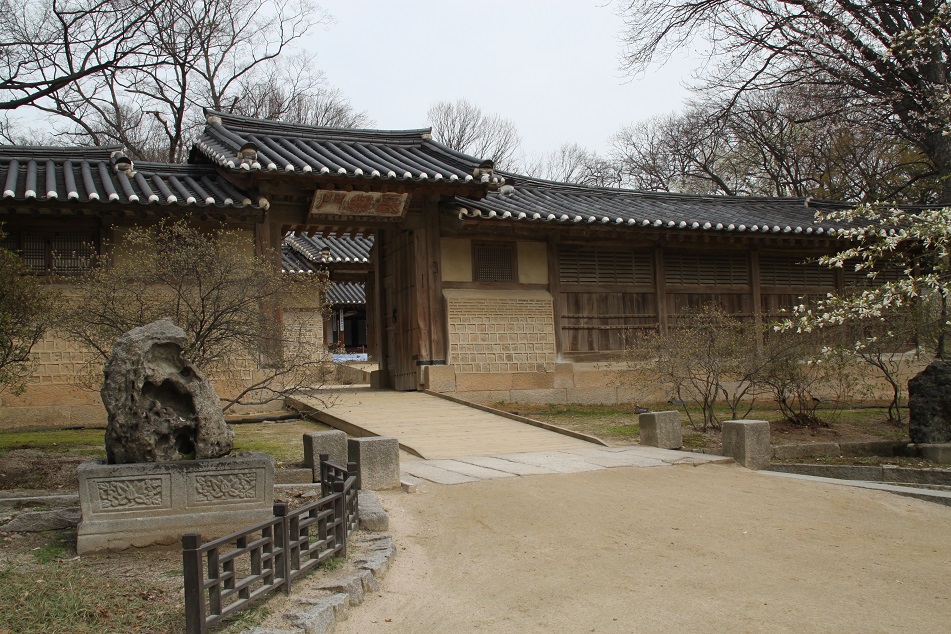 Yeongyeongdang, one of the royal villas within the palace compound 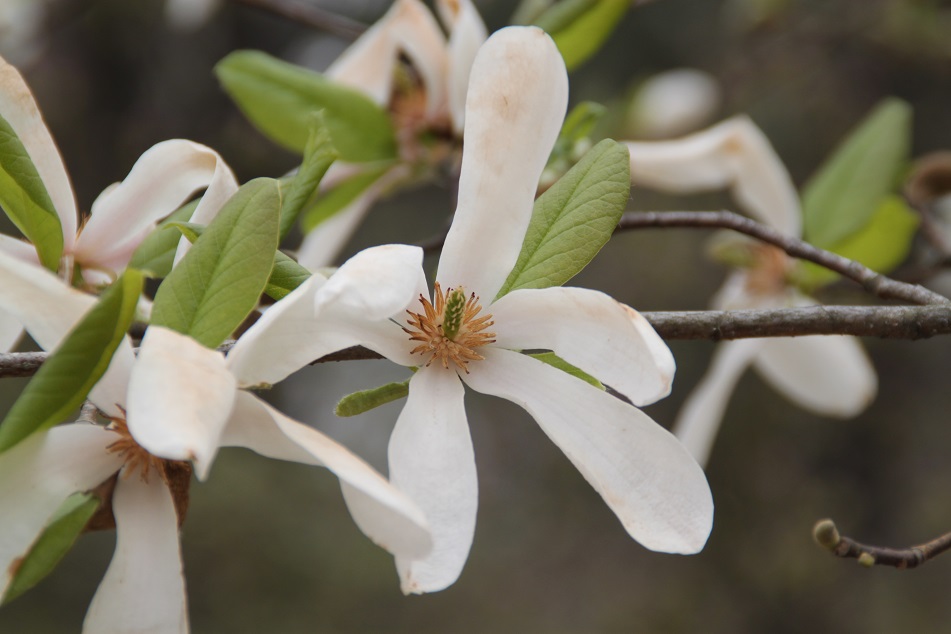 An unidentified flower in the Secret Garden

27 thoughts on “Changdeokgung: The Finest of the Five”