The Venerated Canoes of the Tao

White canoes embellished with traditional carvings painted in red and black rested on a cove, just shy of the breaking waves. Their pointy tips were decorated with dark feathers, making each canoe unique to one another and from other traditional boats. The Tao have been known as a seafaring people throughout their history. Their culture and life revolve around the sea, as they believe that the sea brings them life.

Images of fish, sea waves, and the boats’ eyes are carved everywhere – from the canoes to their traditional houses. Living on a small island surrounded by the Pacific Ocean is like a double-edged sword for the Tao. On one hand they benefit from the marine life-rich Kuroshio Current. But on the other hand, they are always susceptible to typhoons. One of the things the Tao did to adapt was building their houses underground, completely surrounded by the soil with only the roof visible from the surface.

However due to the introduction of new techniques to build houses, more modern houses were built, replacing the obscurely hidden traditional wooden structure. Today, the remaining traditional houses can only be found in the village of Ivalino on the southeastern part of the island.

The canoe for the Tao is not merely a vessel to forage for food. But it is so venerated that every time a new canoe is finished, a ceremony will be held before the double-pointed boat touches the sea. Despite not seeing the ceremony firsthand, the images I saw and videos I watched showed that it is truly a unique way to celebrate life. Dozens of men wearing only white loincloths throw the boat to the sky for several times before bringing it to the open water. When the canoe is not in use, a modest wooden structure will be the place it calls home. In the northern village of Iraraley I observed some of the remaining canoe houses, weathered and dilapidated.

So sacred are the canoes for the Tao, the locals treat them with full respect, something outsiders are unaware of. Most visitors come far too close to take photographs of the vessels while actually it is only the fishermen who are allowed to touch the canoes. Fortunately Shaokang had warned us to respect this tradition from the very first day we set foot on the island so it spared us from the locals’ resentment. 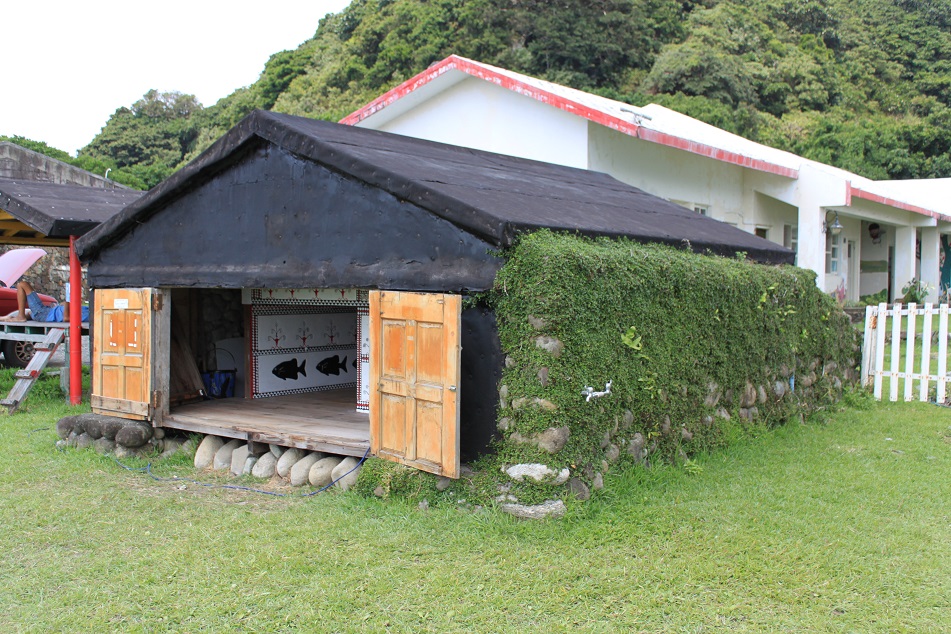 The Replica of the Traditional House, Albeit Located above the Ground 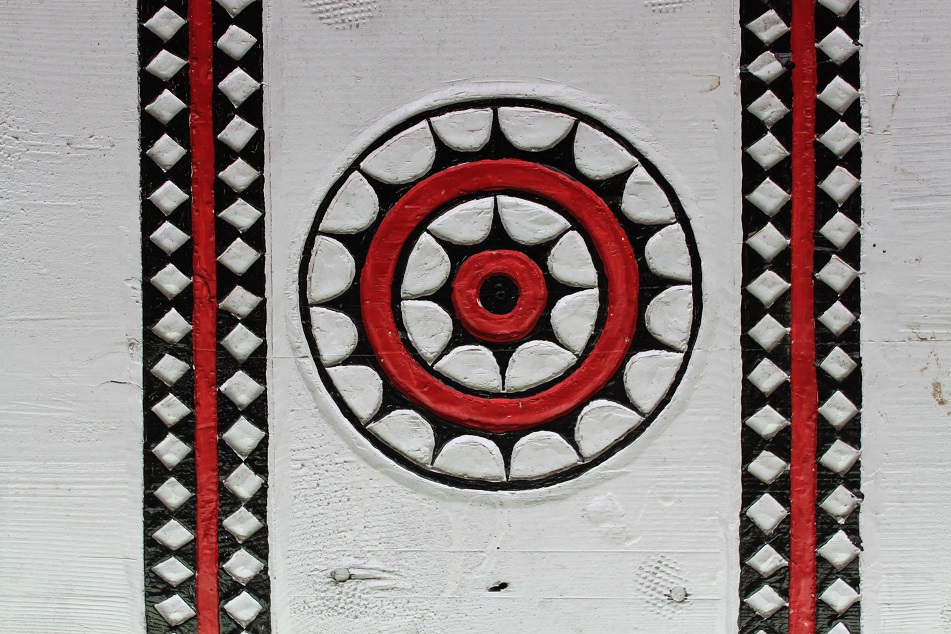 Despite the present serenity and laidback nature of Orchid Island, it bears dark chapters in its history. During Japanese rule, the island was designated an ethnological research area which helped keep the aboriginal culture on the island the most intact compared to elsewhere on the Taiwan mainland. However it was also because of the Japanese rule that the US military bombed an off-shore rock formation which was mistakenly identified as a Japanese warship; hence the name Battleship Rock.

After the end of the World War II, Christianity came to the island, brought by European and Canadian missionaries. Within the next few decades, most of the residents of Orchid Island had converted to Christianity. The legacy of the early years of Christianity on the island is particularly evident on the northern coast where Ji-Karahem, or “Five-hole cave”, is located. Outside the cave the sun shone brightly and sky was clear. But inside, drops of water sprinkled the entire cave, creating a peaceful ambiance in the dimly-lit natural chapel.

Three decades later the long nightmare for the locals began. In 1977 the Tao were told that the government would build a fish cannery on the southeastern coast of the island to boost economic growth. But a fish cannery was never constructed. Instead, a nuclear waste storage facility was built by Taiwan’s state power company. In the following decades the locals have been fiercely protesting against the nuclear facility which has purportedly brought negative impacts to their health. The last major protest was held in 2012, one year following the Fukushima nuclear catastrophe in Japan.

The government has announced its plan to move the nuclear waste from the island, but no new place has been chosen to store the waste. It is indeed still a long way to erase the nightmare from locals’ memories. 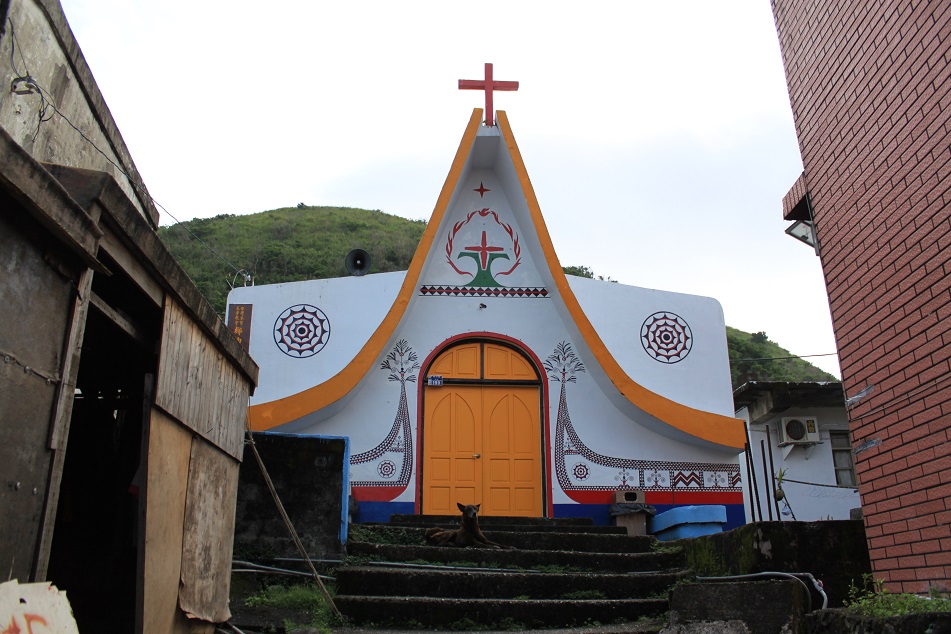 A Church in Yeyou (Yayo) Village

Incorporating Christianity into the Local Tradition 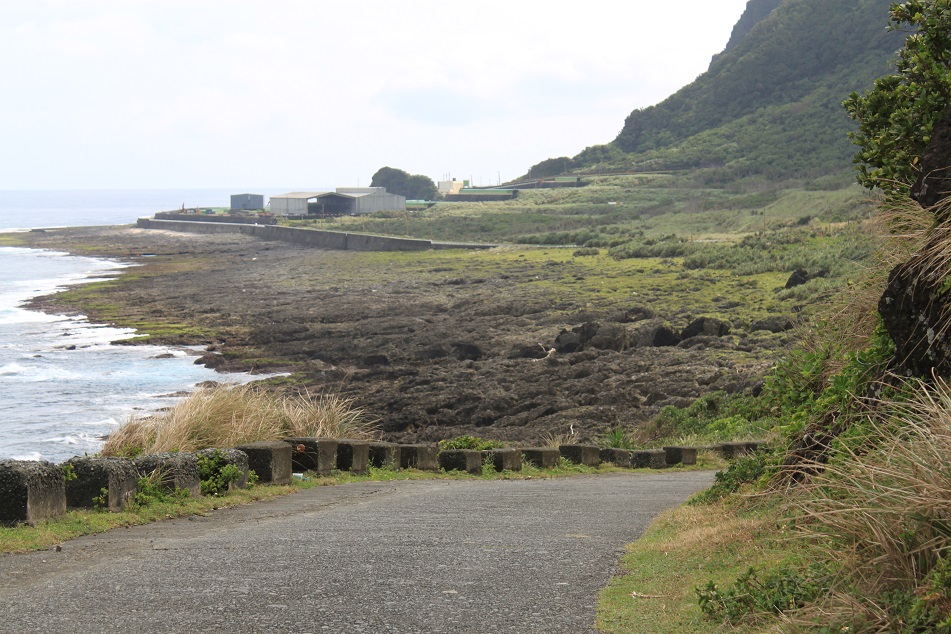 Today the Tao are still heavily dependent on the sea, as their ancestors were. Despite the introduction of new ways of life by the Taiwanese – including the modern houses and the use of Mandarin as the official language – old traditions still flourish on the island. Goats – considered the symbol of wealth for locals in the past – freely roam the island. The local language found its revival after the strict imposition of Mandarin was lifted. In 2005 the Tao were finally allowed to have non-Chinese names and the local school now has teaching materials about Tao culture.

Things are looking relatively bright now for the locals, even though some tensions remain. As I handed my baggage to the officer at the airport prior to leaving the island, the stiff face of the middle-aged man softened as James explained that I am from Indonesia, a country which shares many cultural aspects with the Tao. His genuine happiness represents the feeling of most Tao people who long for the recognition of their rich and distinctive roots.

Before boarding the airplane, the same man was standing near the door, helping the crew and making sure all the passengers had boarded the plane.

“Meikunan!” I said to him. He grinned to his friend, looking very happy that someone who came from thousands of miles away spoke a little bit of the local language. James also smiled upon hearing what he said next. “He speaks it very accurately!” I hopped aboard, taking my seat in the darkness of the cabin. Soon the propellers spun into motion and we were speeding down the lone asphalt runway. As the plane climbed into the sky, I finally bid the island farewell. “Meikunan, Lanyu!” 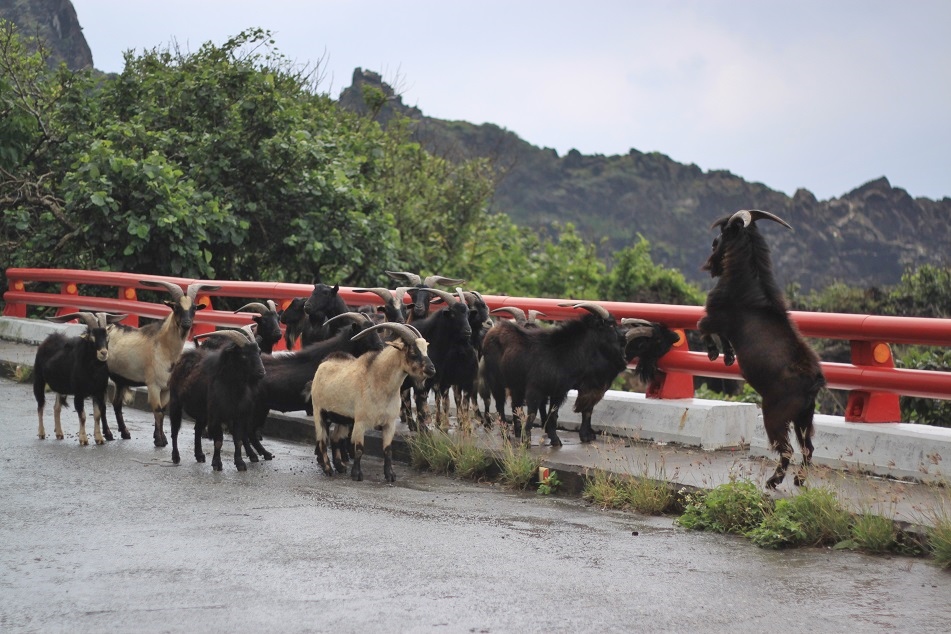 A Flock of Goats

41 thoughts on “The Uneasy History of the Tao”