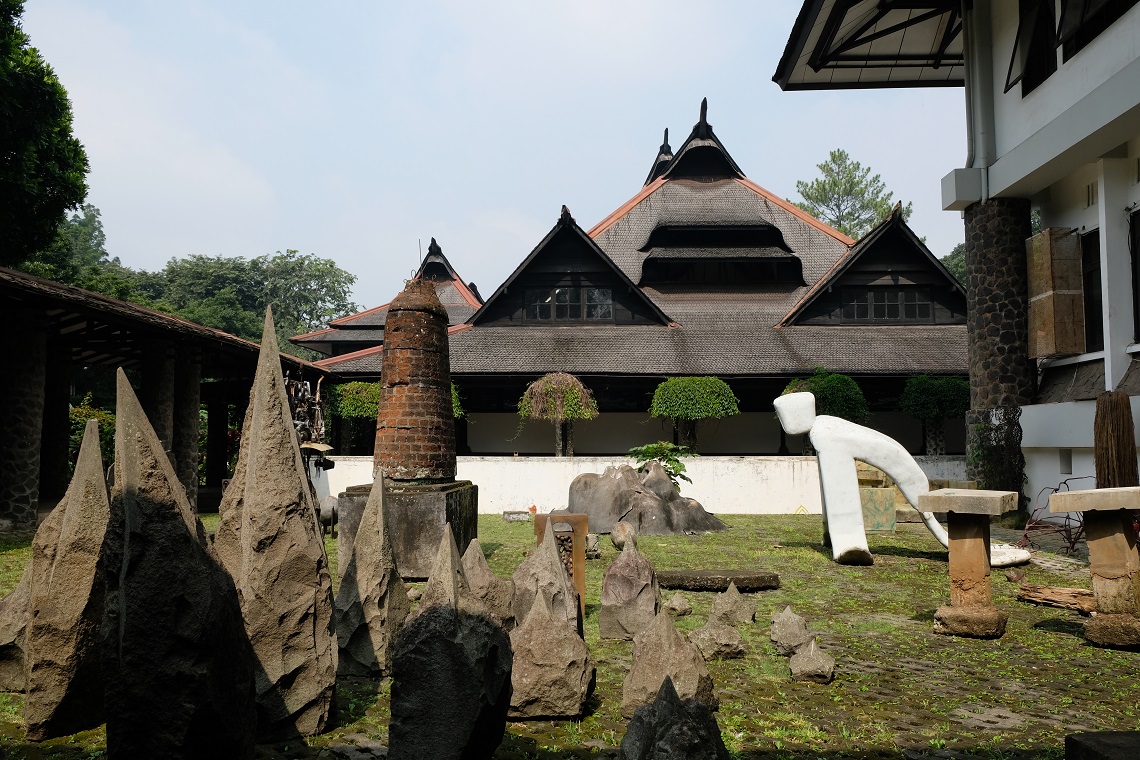 One corner of the Faculty of Visual Arts and Design, Institut Teknologi Bandung

Having two parents with opposing views of the arts has not always been easy for me. My mom, who used to teach at a traditional Javanese dance school founded by her late father, understandably has a strong artistic calling. She taught me how to sing and at one point she also tried to teach me a simple Javanese traditional dance. My dad, on the other hand, always emphasized the importance of science when I was a kid, and unlike my mom, he couldn’t really appreciate the arts (and to some extent, he still can’t).

When I grew up, I often drew logos, emblems and random shapes during classes, resulting in the last few pages of my notebooks being full of doodles and sketches. There was even a time when out of nowhere I got the idea of creating a short comic book – about planets and aliens, no less – filled with my abstract drawings. During my college years in Bandung, I realized that the urge to express my ideas through art has always been there, though it was often suppressed by my conscious decision to pursue engineering (yet my career so far has been mostly in the financial industry). However, it was also in Bandung that I realized how much I enjoyed the arts – going to art museums, creating poems, or appreciating the artistic direction of a movie by watching it more than a dozen times.

This shouldn’t have come as a surprise, really, for Bandung has always been one of Indonesia’s art hubs alongside Yogyakarta (also known as Jogja). On a trip to the latter four years ago, I learned the difference between the two; while the School of Jogja put more focus on realism and expressionism, the School of Bandung tends to lean heavily toward modernism and formalism. This is due to the unique characteristics of each city’s artistic scene: Yogyakarta has always been a city of traditional artists, while Bandung with its Universitaire Leergang voor de Opleiding van Tekenleraren was more influenced by Dutch creatives. Today both cities still host two of Indonesia’s leading institutions for artistic learning: Institut Seni Indonesia (ISI) Yogyakarta and the Faculty of Visual Arts and Design (FSRD) of Institut Teknologi Bandung (ITB).

Coincidentally, I have deep personal connections with both Jogja and Bandung. Jogja is where my maternal grandparents were from and it was a favorite destination for outings when I was in high school – not to mention its plethora of beautiful centuries-old Hindu and Buddhist temples which helped pique my interest in ancient art. On the other hand, Bandung was the city where I spent my college years, and through my new friends I discovered a small part of its exciting cultural scene. 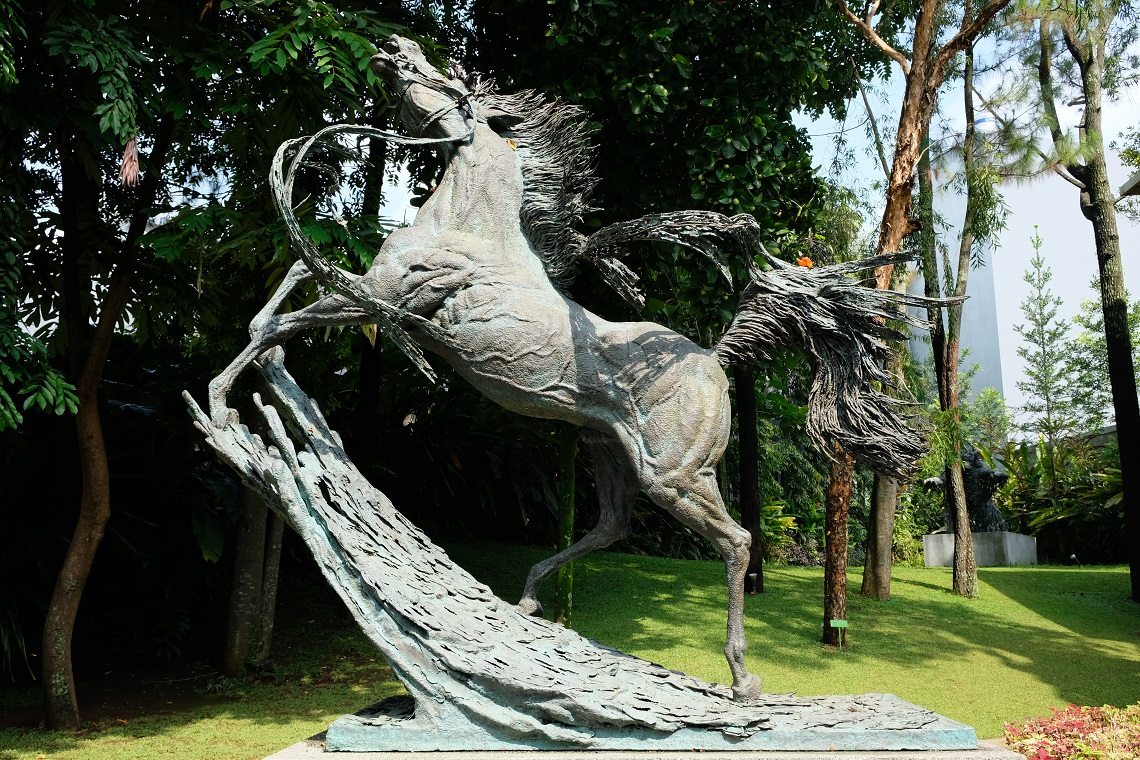 Rebellious by I Nyoman Nuarta, at NuArt Sculpture Park 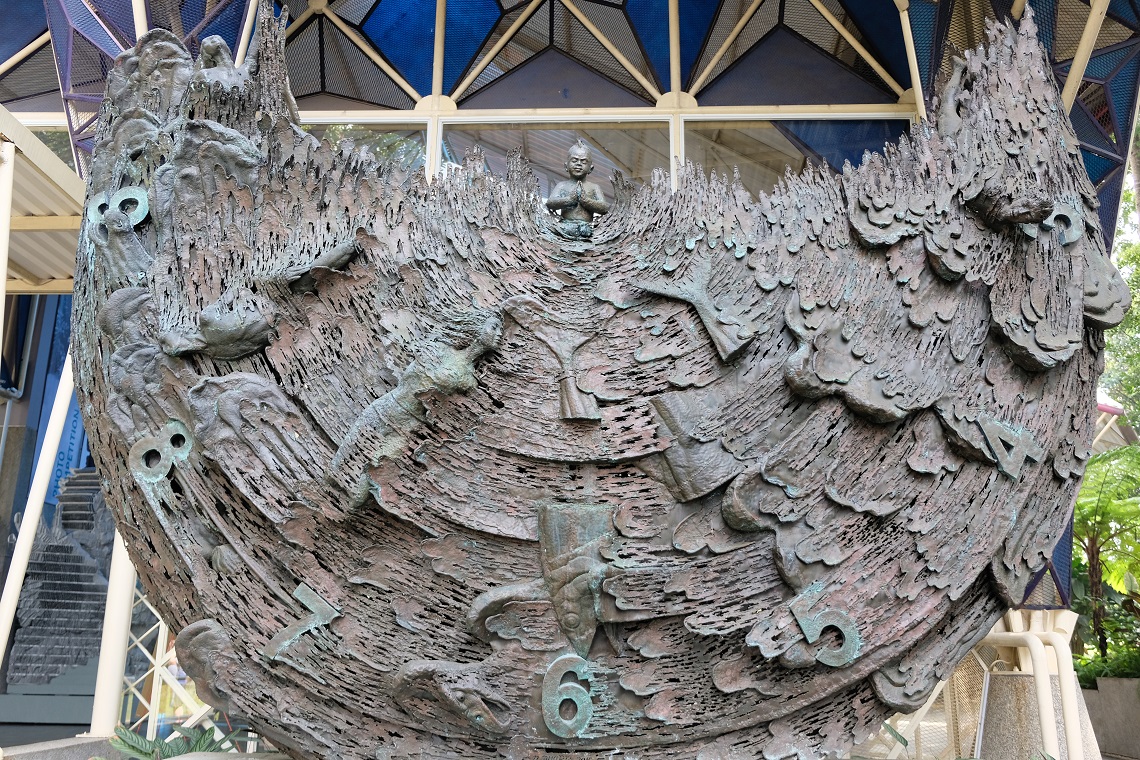 Fragments of Borobudur, a ninth-century Buddhist temple in Central Java

Nuarta’s work over the years 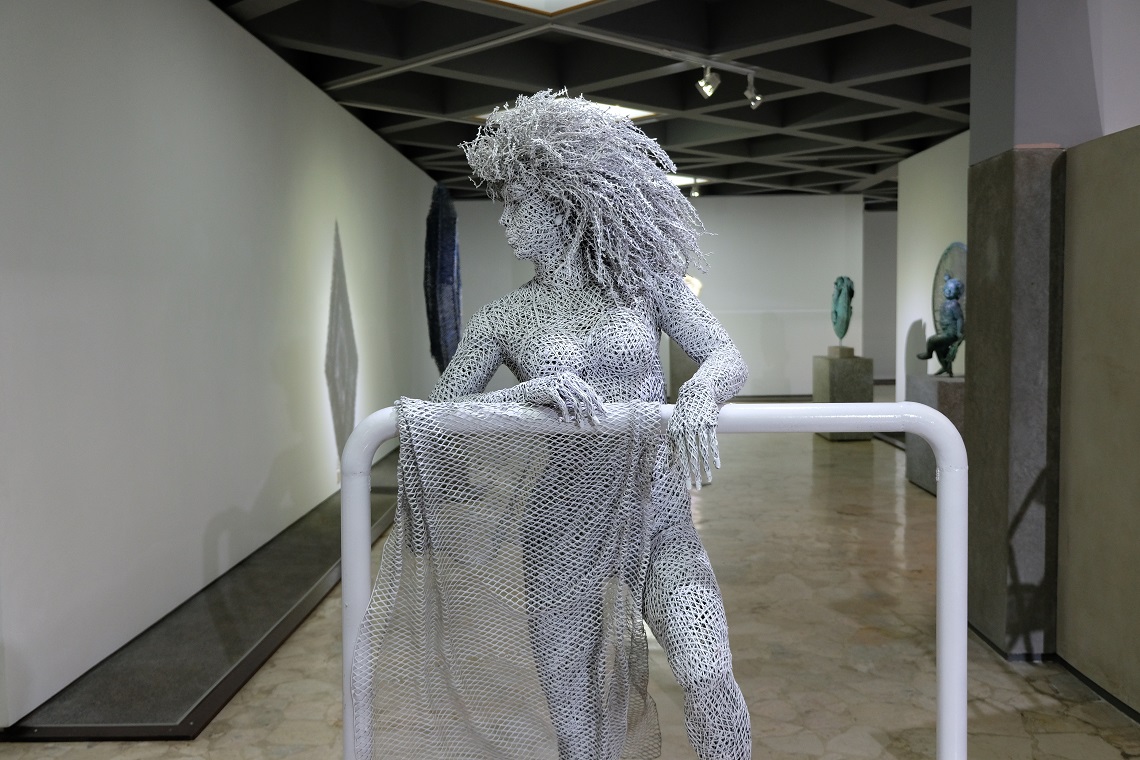 One of Nuarta’s most distinctive artworks at NuArt Sculpture Park 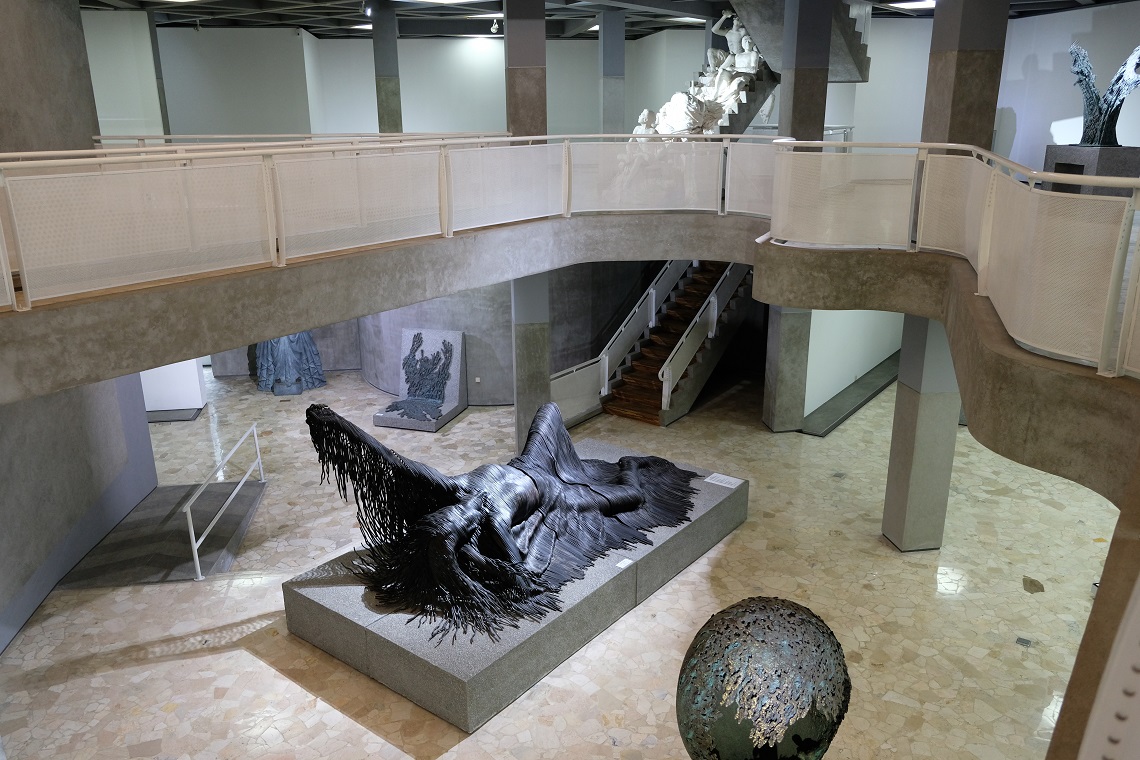 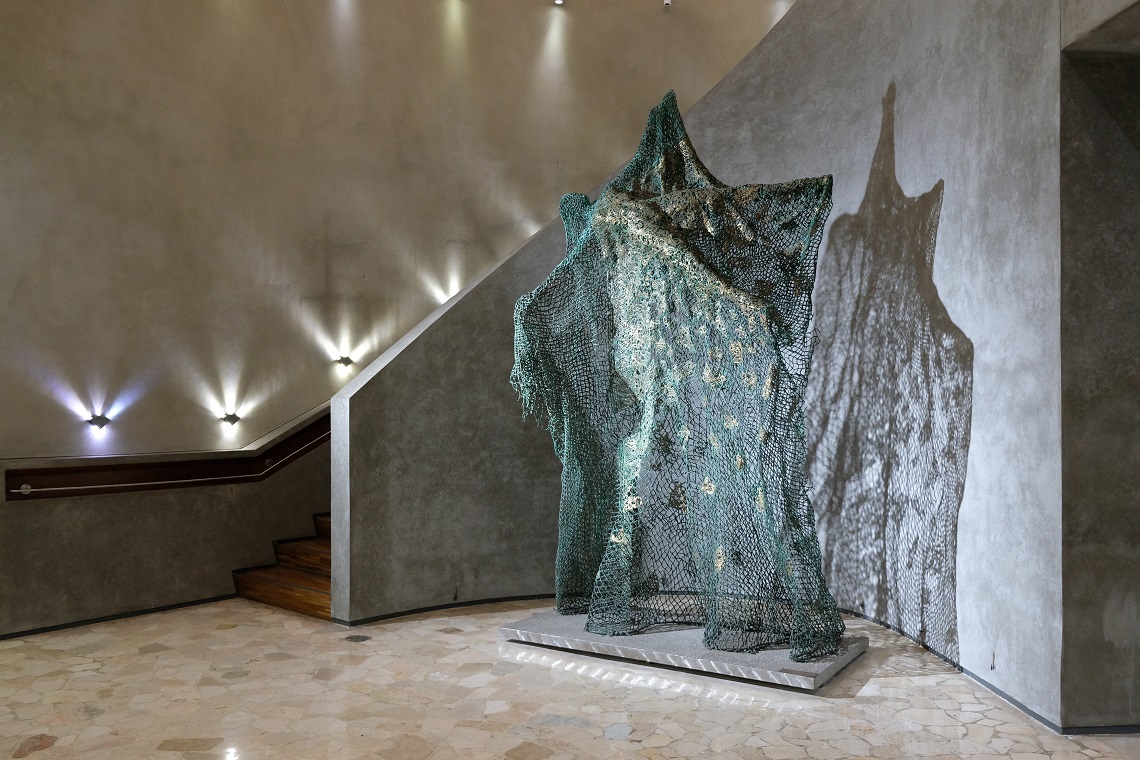 When I first came here, this corner was not as well-lit as it is now 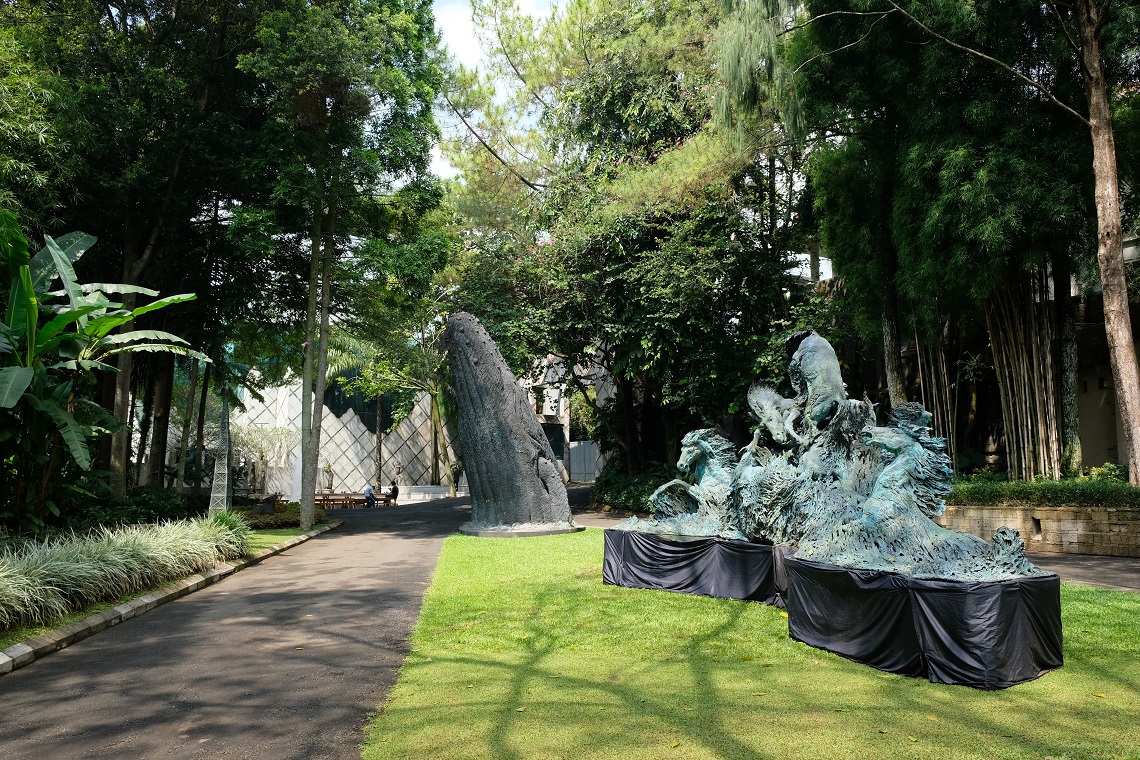 Horses and a humpback whale

From the depths of the ocean to NuArt Sculpture Park 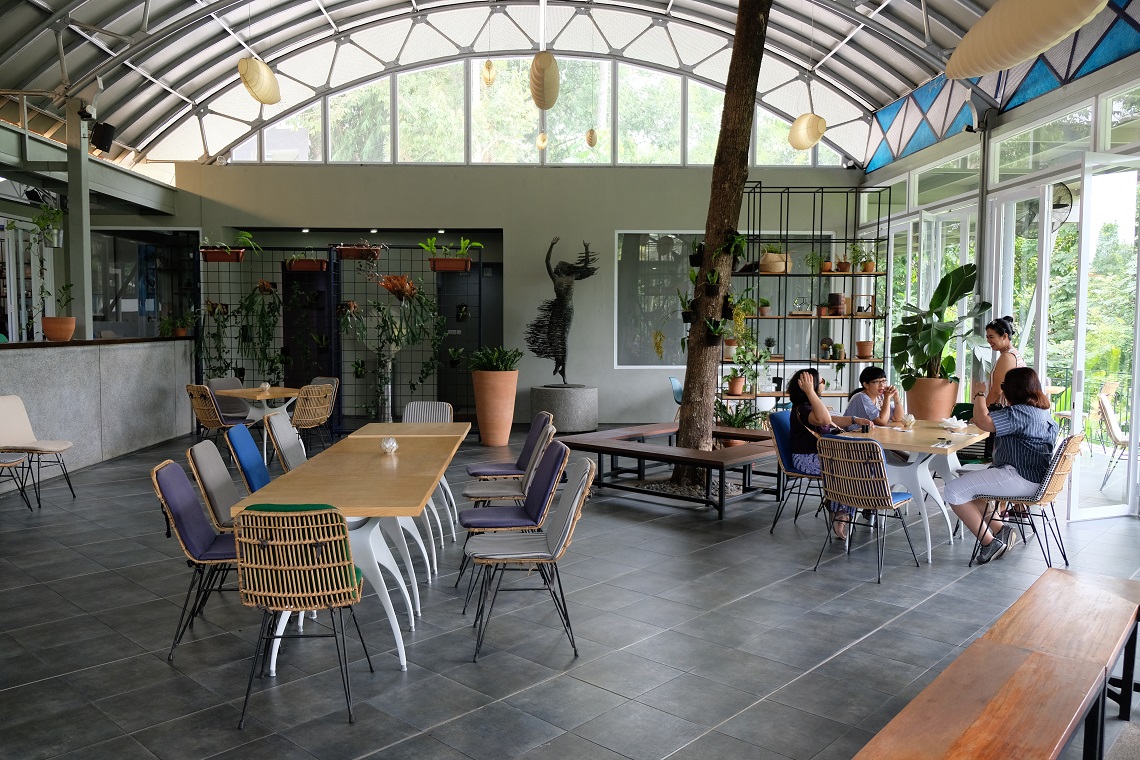 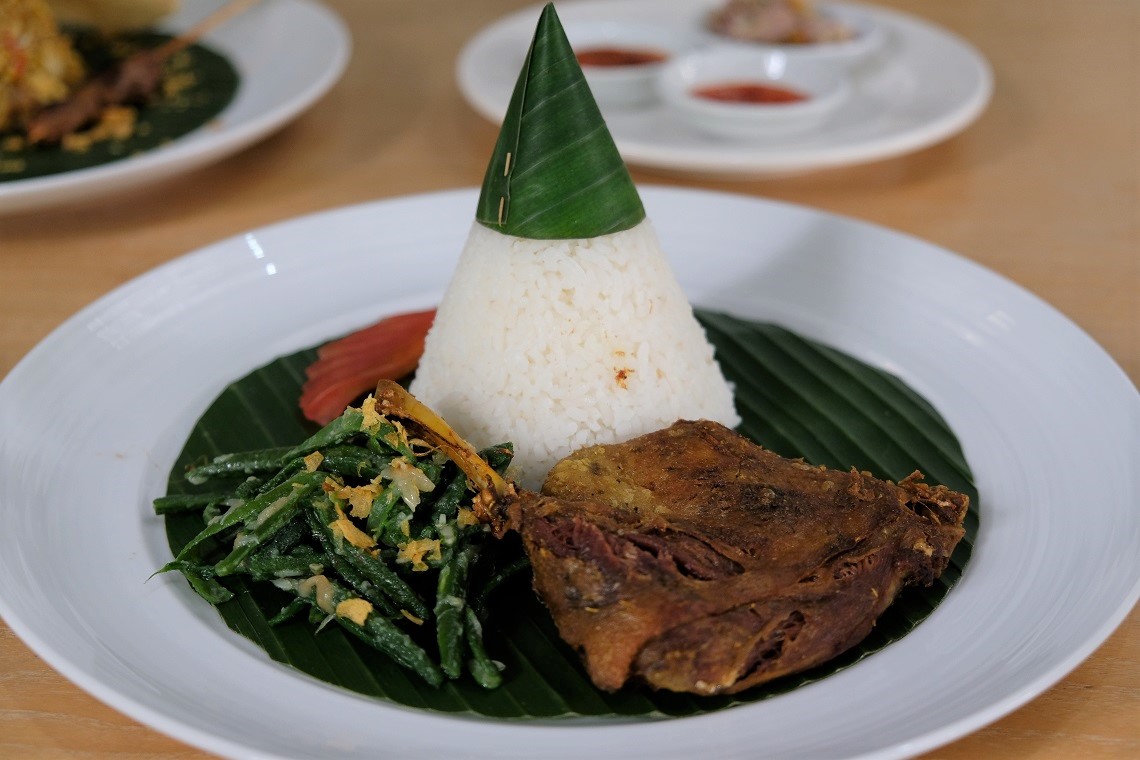 A Balinese lunch at the restaurant

One venue I recall visiting is Galeri NuArt, an art gallery tucked amid a luxury residential area in the western part of Bandung. Showcasing the works of I Nyoman Nuarta, a high-profile Balinese sculptor who graduated from ITB, the three-hectare premises offered me an alternative respite from the city’s hustle and bustle. Several years later, I returned to this place only to find it in a sad state; rainwater seeped in through parts of the main gallery’s ceiling, and the lighting was not functioning properly at some of the installations.

However, earlier this year I went for the third time and was pleasantly surprised by its condition today. The main gallery had been expanded, the lighting was flawless, the collection was displayed in a much better and more organized way, and the restaurant also got an upgrade. At the main lobby of what is now called NuArt Sculpture Park, a handful of replicas of Bali’s Garuda Wisnu Kencana – Nuarta’s biggest and most ambitious project which was completed 28 years after its inception – welcomes visitors and provides the general public with information on what has now become the tallest statue in Indonesia. Outside his native island, his works also adorn a busy intersection and the National Museum Jakarta, as well as the gateway to the city’s main international airport.

Another prominent figure whose gallery has long been a part of Bandung’s cultural scene is Sunaryo Soetono. Also an ITB graduate, this artist who hailed from Banyumas in Central Java has been running Selasar Sunaryo, a compact art gallery in the highlands of northern Bandung, for more than 20 years. For some reason I had never been there until mid-February this year, when together with James I explored some of Bandung’s finest and most intriguing art spaces. However, as our visit coincided with the peak of the rainy season, we had to navigate our way through the city in accordance with the weather.

We arrived at Selasar Sunaryo during a torrential downpour, which was a real nuisance at first but ended up being a blessing for it allowed us to have the place all to ourselves. When the rain thinned, we entered a tunnel made from bamboo which was inspired by bubu (traditional fish traps). However, instead of fish this installation called Lawangkala (in Javanese lawang means door and kala means time) trapped visitors, and made us explore its length with no possibility of going back, symbolizing our own lives which can’t be put on rewind. Urip ki mung mampir ngombe, literally “in life we only stop by to drink”, is what its creator told people about the essence of living, a sobering reminder of our impermanence. A digital projection of a river in the second half of the tunnel with soothing ambient traditional music visualized this philosophy.

The entrance to Selasar Sunaryo, with the temporary installation Lawangkala

Lawangkala reminds us of our impermanence in this world 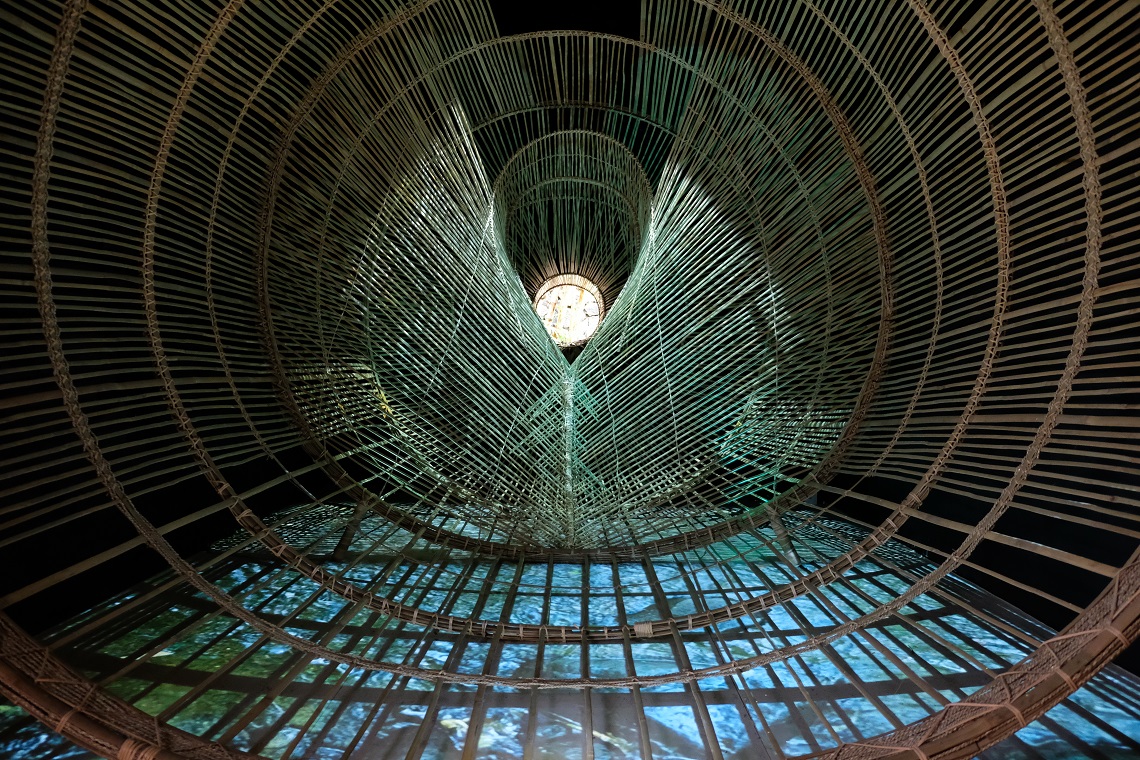 Toward the end of the journey

The tunnel opens up to a view of a lush forest

One of Sunaryo Soetono’s creations

Overlooking Bandung on a cloudy day from Lawangwangi Creative Space

Taking a time-out amid the verdant hills of northern Bandung 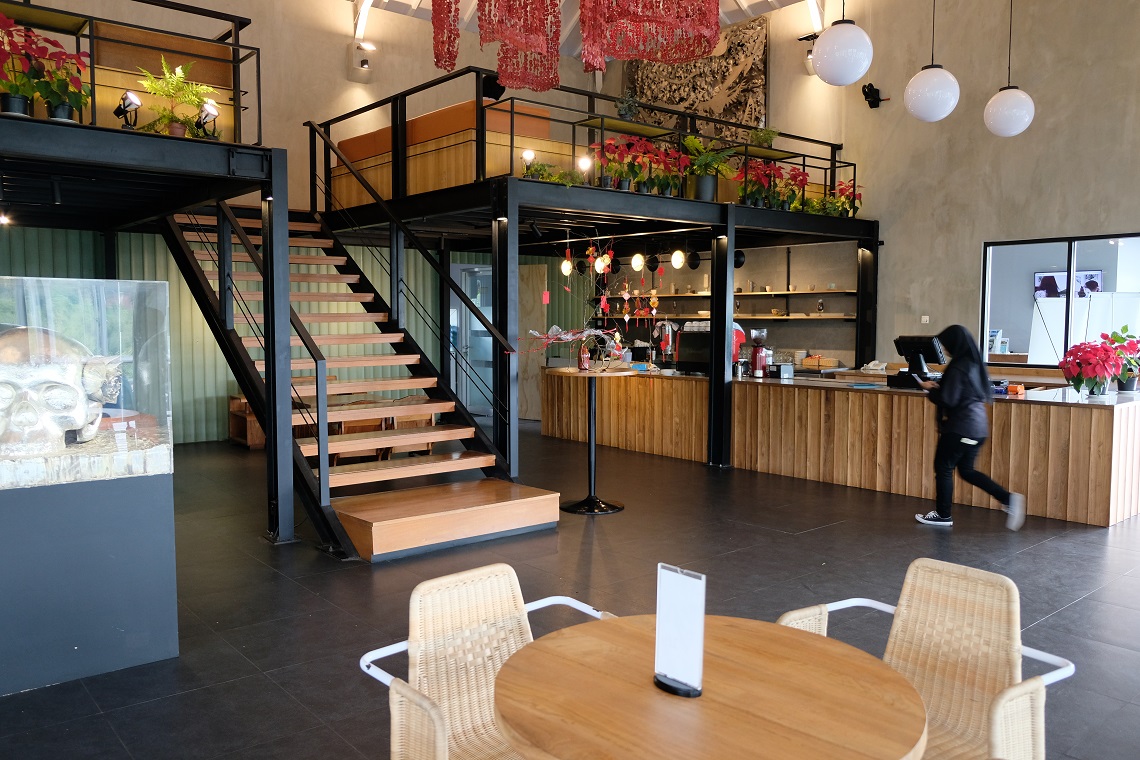 Dining with a view

Also located on the northern outskirts of Bandung, a peaceful and verdant area perfect for contemplating and seeking inspiration, is Lawangwangi Creative Space. The brainchild of Andonowati, an associate professor at ITB’s Faculty of Mathematics and Natural Sciences who also has a big interest in art, the facility was created to promote Indonesian artists to a broader audience while developing their unique, intrinsic qualities. Unfortunately, at the time of our visit the main gallery was off-limits since preparation was underway for an upcoming art exhibition, forcing us to head directly upstairs where a cozy restaurant enjoyed a sweeping view of the nearby hills and Bandung itself.

Still in northern Bandung, a smaller and newer art gallery called Orbital Dago was our destination the following day. As was the case at Selasar Sunaryo, we were welcomed by heavy rain upon arrival. Started by Jakarta-native Rifky Effendy, another ITB alumnus who has been working as an art curator for years, the gallery shares space with a café he and his wife created for their friends to hang out in. The artwork displayed here during our visit was whimsical, otherworldly, and rather difficult for the general public to understand. But that’s exactly what makes Bandung an appealing place for artists – unlike in Jakarta where there’s more pressure to sell, Bandung’s artistic environment allows them to go on a more experimental path.

While independent art galleries have been springing up all over Bandung, the municipal government also took an interest in art development by building a one-stop center for creativity incubation and exhibitions in the eastern part of the city. Dubbed Bandung Creative Hub (BCH), the uniquely-shaped building is equipped with a coworking space, a library, an auditorium, an exhibition space, and classrooms for photography and animation, among other things. Its corridors are adorned with colorful characters from Sundanese mythology, as well as more modern creations. However, from my observation this state-of-the-art facility seemed to be underused and later, after the trip, I learned about deeper problems involving the management of BCH.

Despite this, Bandung is definitely a long way ahead of other Indonesian cities when it comes to the local art scene – Jogja probably won’t agree with this, and rightfully so, but that’s another story – and it has certainly set a good example for the country’s art development since many artists must thrive with minimal support from the government or no help at all. That’s one of the reasons I’m proud to have once called Bandung home. 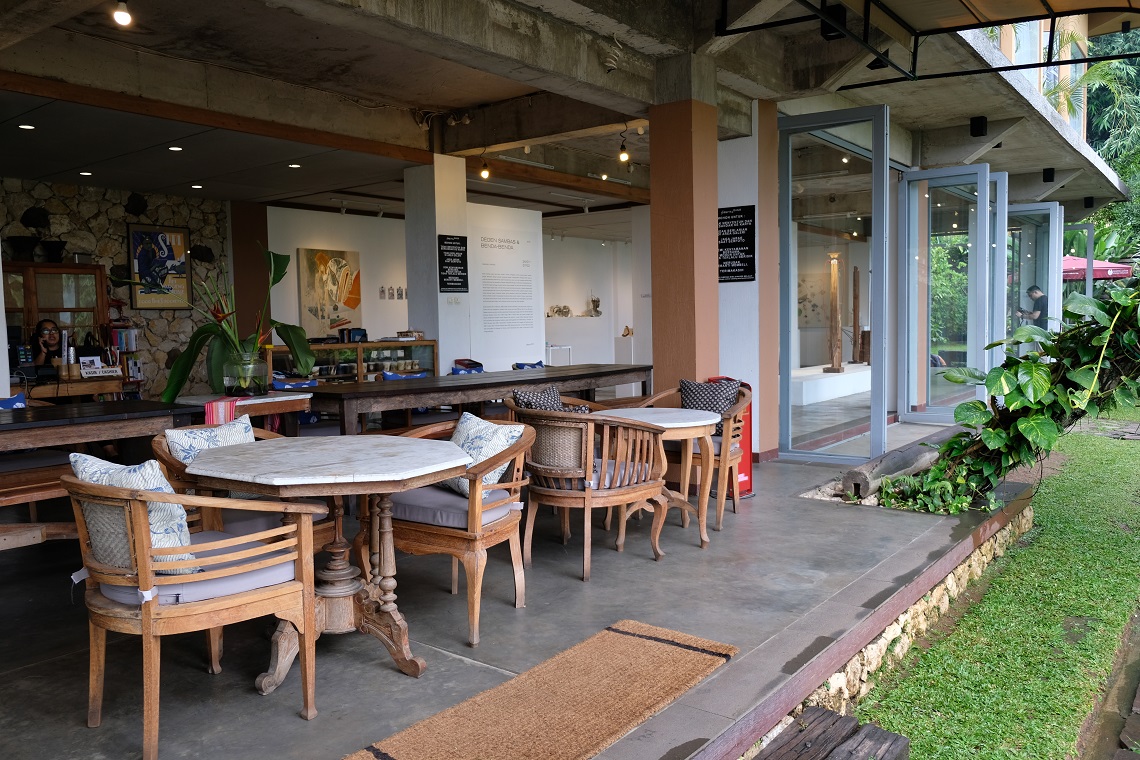 After the rain stopped 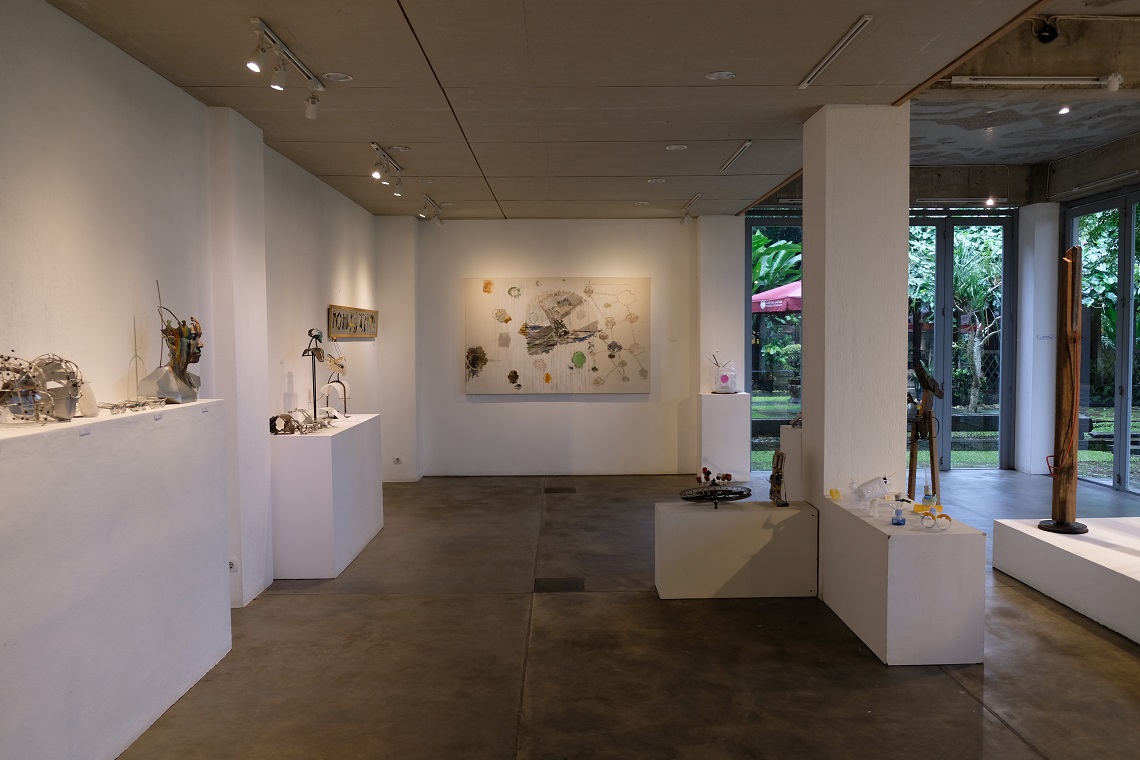 Unlike in Jakarta, artists in Bandung feel less pressure to sell 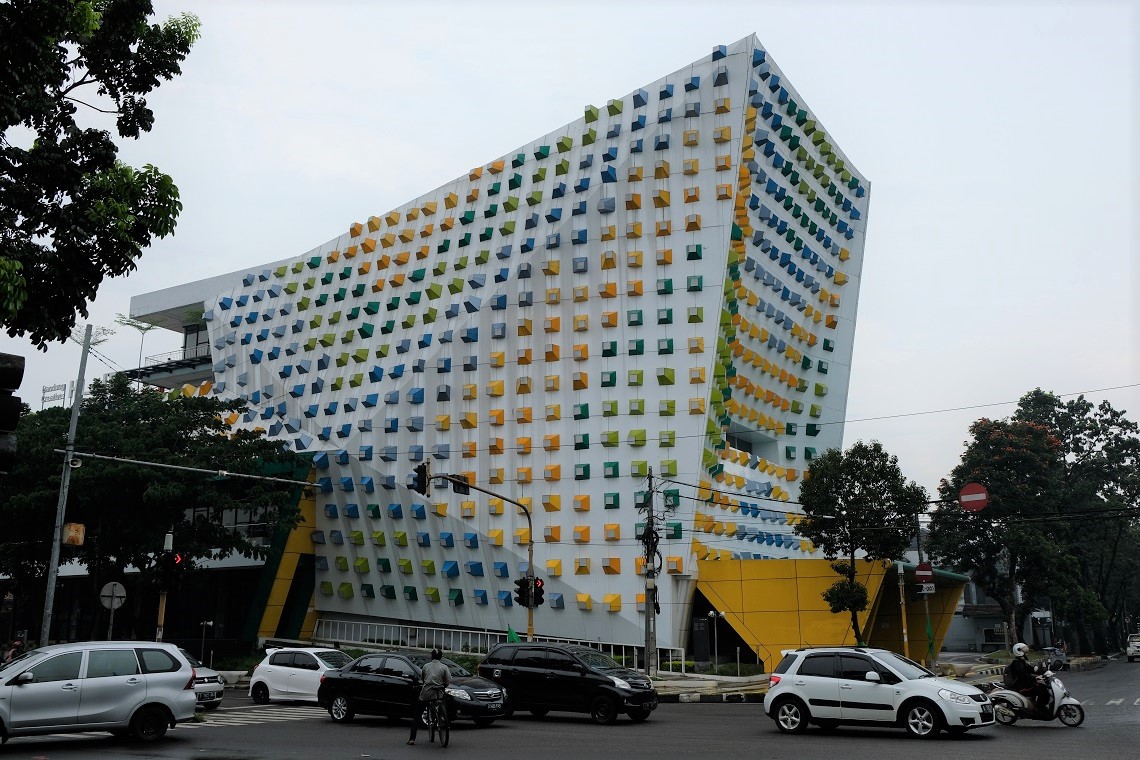 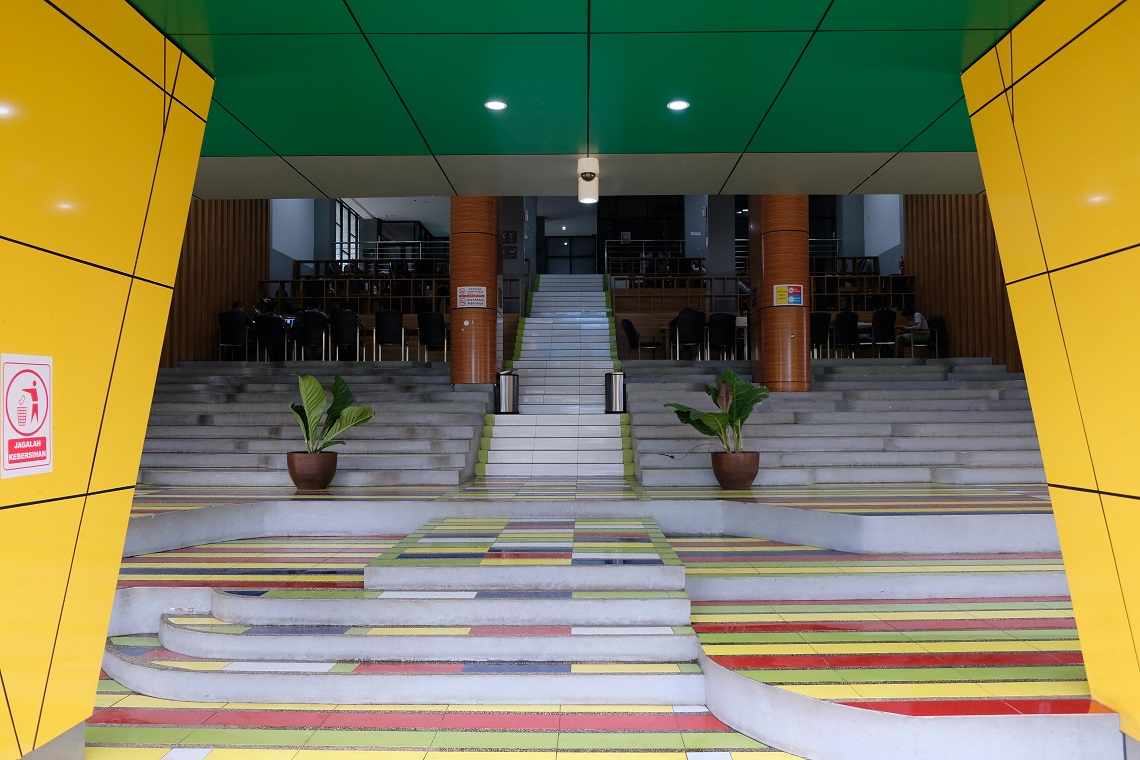 Entering a world of colors

Cartoon characters on the first floor of BCH 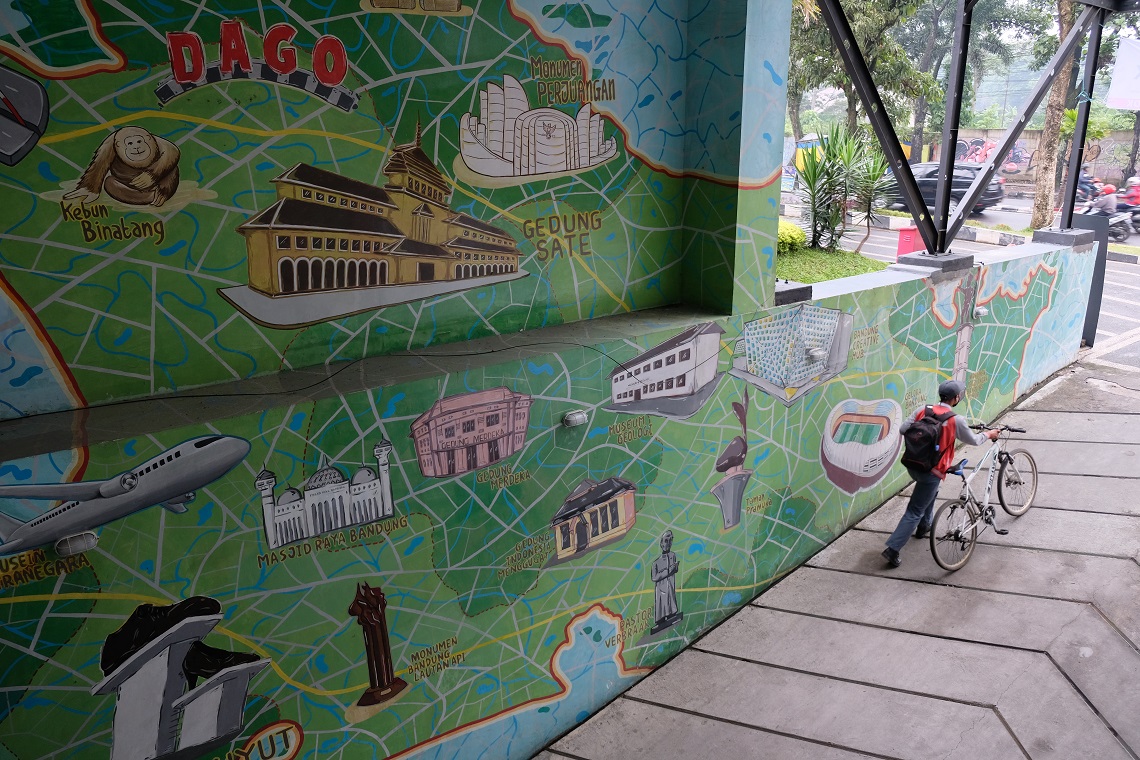 Another floor, another art installation

High school students sitting on the floor outside a studio

Characters from Sundanese mythology and folklore

Bursts of color everywhere you look