Imagine being in a lush forest where two parallel paths are laid before your eyes. The one on the right has seemingly endless rows of torii (a type of gate usually found at Shinto shrines in Japan), and so does the left one, although peeking through the latter you realize that its curve makes it a somewhat more mysterious option. But do you really need to choose? You remember Alice in Wonderland; her curiosity to go down the rabbit hole brings her to a whimsical world where she meets outlandish and downright bizarre characters.

And have I mentioned the foxes? Not just regular foxes you see in the wild or those your cats are eager to shoo with their cute paws. These foxes are taller than you and they look fierce. Some of them even have something that looks like keys in their mouths. Not keys to gates or houses. No. They can open something more important, or so I am told. Something so precious for the Japanese it’s unthinkable, outrageous even, to imagine the country without it today.

Now back to the two rabbit-hole-like pathways, both colored in bright vermilion, a color believed to ward off evil spirits – which you may find relieving for the foxes already make you feel uneasy. But that’s your brain trying to play a trick on you, for all the manga and anime that inspired you to come in the first place taught you that kitsune, the Japanese name for foxes, are in fact shape-shifters. I hope you’re not thinking of going back already because you actually haven’t made up your mind.

Right path? Or is it left?

Don’t worry. I’m telling you these things only because I’ve been there before, right where you’re standing now, feeling and thinking what your heart and brain are trying to tell you – or warn you.

Can you feel something pulling you now? That is probably Inari, the kami of rice and sake, also of agriculture and industry, a reminder of how Japan transformed its landscape from farmlands to factories. Inari is male, female and androgynous; a form of kami who themselves are the embodiment and expressions of spirits, elements of nature, beings and qualities in the Shinto universe. The foxes, I’m telling you now, hoping that you’ll feel at least a little bit more comfortable, are in fact Inari’s messengers. And as messengers do, they not only bring commandments, but also act as a means for humans to connect with the deities.

I chose the right path, just because I could see deeper and further. Maybe you’ll consider taking the same steps?

Come! Walk through those vermilion torii. See! It’s not as scary as you thought. And walk a little further. There! Do you see the two paths eventually merging into one? This isn’t called Senbon Torii (thousands of torii gates) for no reason. And as you can see, it’s not a labyrinth. It’s more like a guided trail that will bring you closer to Inari, figuratively speaking of course.

Now that you know there’s nothing to worry about at this place, I’ll let you wander around by yourself. Next time you see larger-than-life foxes, you know you should feel secure, not scared. And as long as you see vermilion, you know you’re good. Oh! one last thing. When you wake up from your dream, and you think others need to be here as well, do them a favor, will you? Tell them what I told you today. Explain to them about the torii, Inari, the foxes, the vermilion color, and the two pathways, the very place where you started this journey. Let the foxes and torii guide them through their own journey, their own vermilion dream.

A Kitsune Guarding the Romon Gate

This One with A Key on Its Mouth

The Fierce-Looking Messenger of Inari 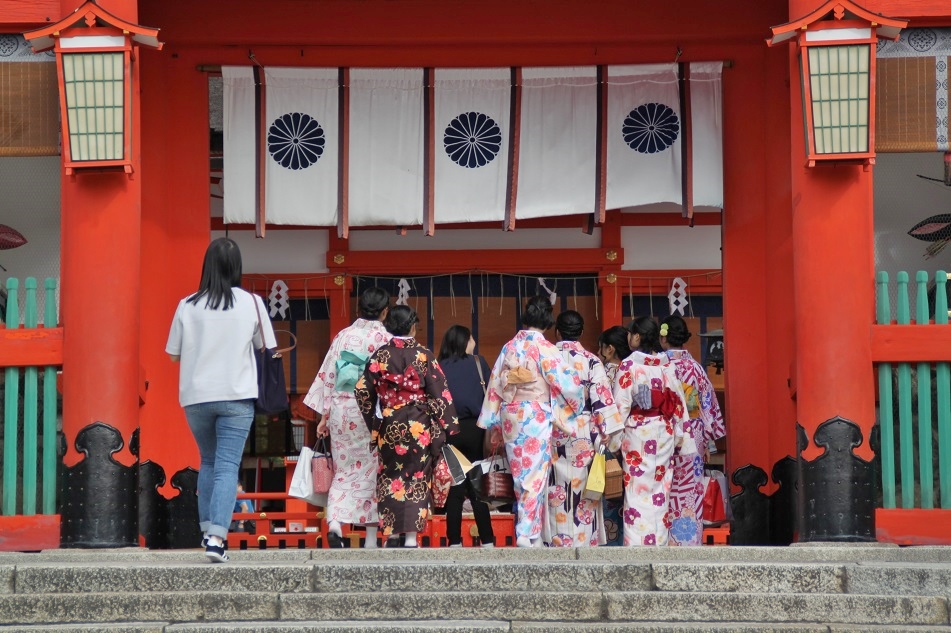 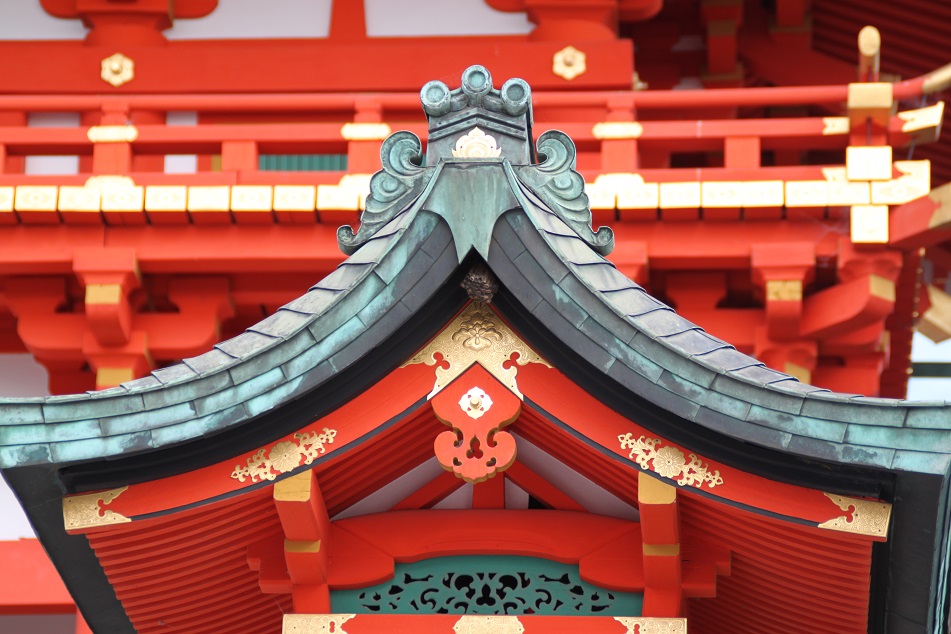 A Torii Gate Past the Honden (Main Hall of the Shrine) 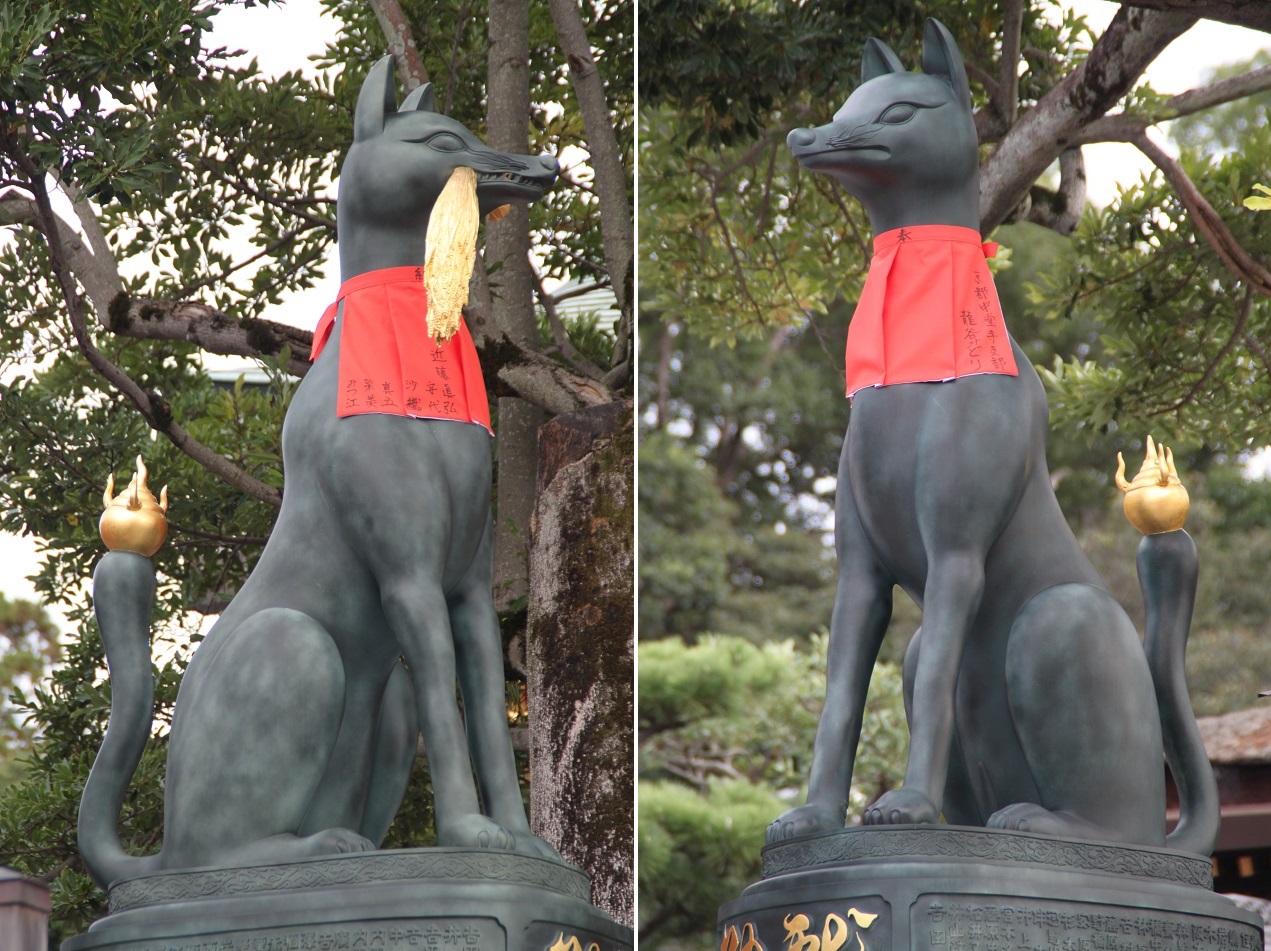 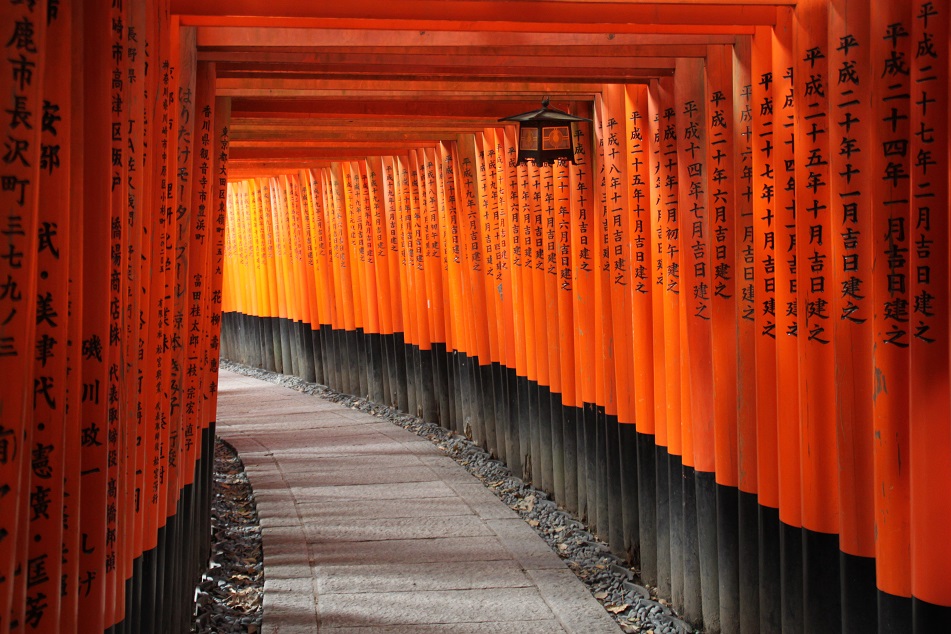 A Rare Moment of Solitude

Everything is Painted Vermilion to Protect the Shrine from Evil Spirits 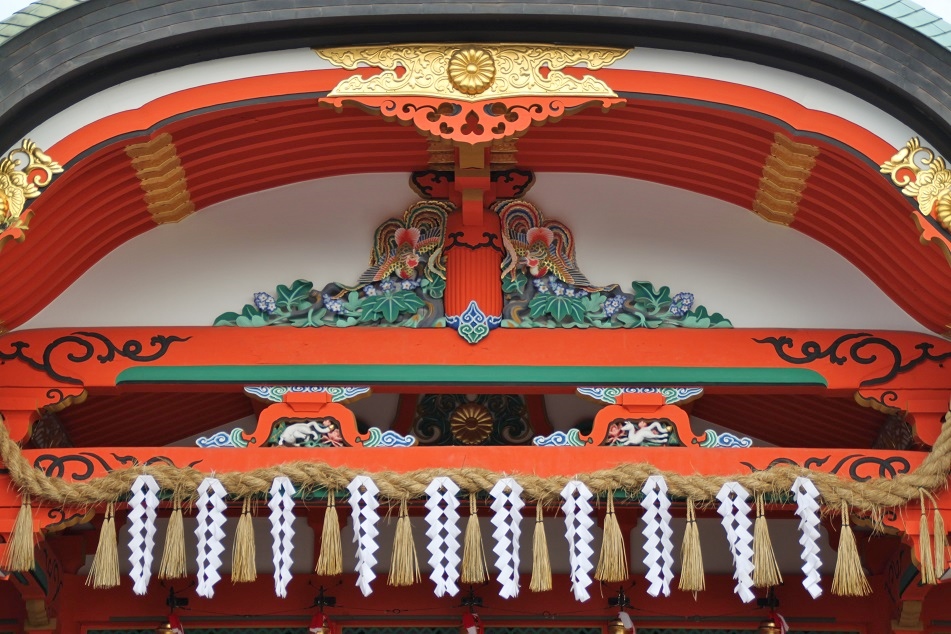 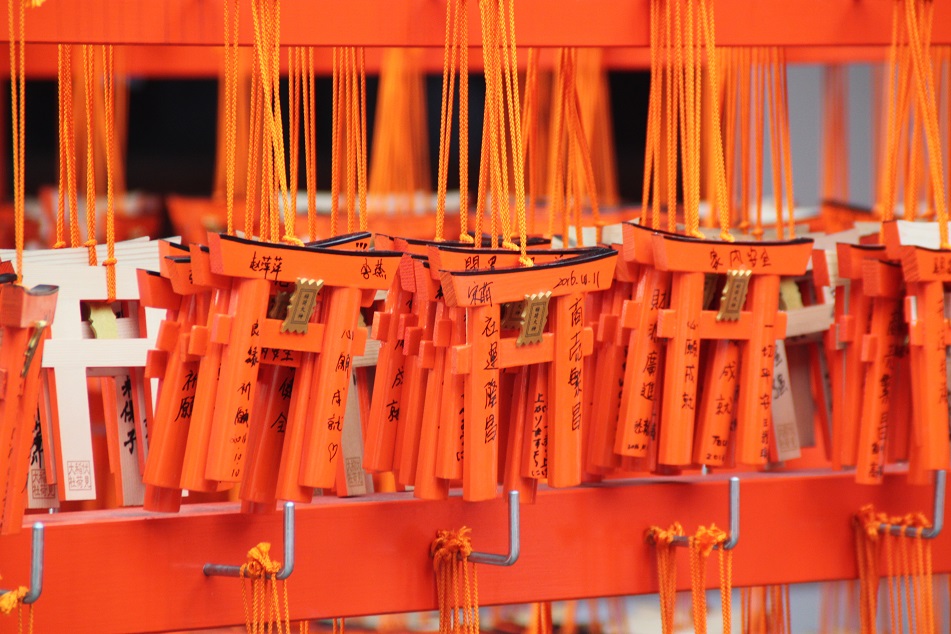 Draw Your Own Fox

89 thoughts on “A Vermilion Dream”