On a clear Monday morning in the town of Nyaung Shwe in Central Myanmar, James and I walked to the north along a country road with Tharzi Pond to its right and paddy fields to the left. Just out of town, a big signboard reminded tourists to respect the local customs, to dress appropriately, and to not take photos of the locals bathing in the river. We continued walking, and about three kilometers from the town an elegant wooden structure emerged, a stark contrast to the humble houses in the environs. Its partially rusty corrugated iron roofs were crowned with ornate Burmese carvings. Below, two large oval windows revealed the dimmed interior of the stilt-supported building.

Shwe Yan Pyay monastery was constructed in the early 19th century, and until now it is still used as a Buddhist learning center in the village. We climbed the white stairs and walked inside the main study hall with a few other foreign visitors. Some novice monks sat cross-legged in the hall, while the others leaned against the wall. In front of each of them were books, which everyone was supposed to be focusing on. However, it was a moment of fascination; the visiting tourists were fascinated by the tenacity the young monks demonstrated at learning Buddhism, while some of the monks seemed fascinated by and curious about the people who looked so different from their parents, friends and neighbors. Since opening up to the world in 2011, Myanmar has been experiencing an exponential growth of foreign tourist arrivals. In a few years’ time, there will probably be more foreign faces at this monastery than young local monks.

Next to the monastery was a rectangular white structure topped with a golden stupa gleaming under the sun. Inside, niches were carved into the wall to place images of the Buddha donated by devotees and visitors alike. The sun was already high as we stepped out of the white shrine. A few more shots of the beautiful monastery compound, then we walked back to Nyaung Shwe along the road’s more leafy side.

Given the town’s present-day look and size, one would be forgiven for being unaware of Nyaung Shwe’s significance in the past. It once served as the capital of Yawnghwe, one of the states in a region dominated by the ethnic Shan people. Collectively called the Shan States during British colonial rule in Burma – at that time an extension of British India – the region was ruled by different local rulers called saophas (sawbwas in Burmese). In 1927, a 33-year old man called Sao Shwe Thaik became the saopha of Yawnghwe after succeeding his uncle. However, upon Burmese independence from the British in 1948, Sao Shwe Thaik was appointed the first president of the country. But four years later he abdicated as saopha, practically ending more than 200 years of the saophas’ rule in the region. Since then, the former Shan States have become the Shan State of the Union of Burma. 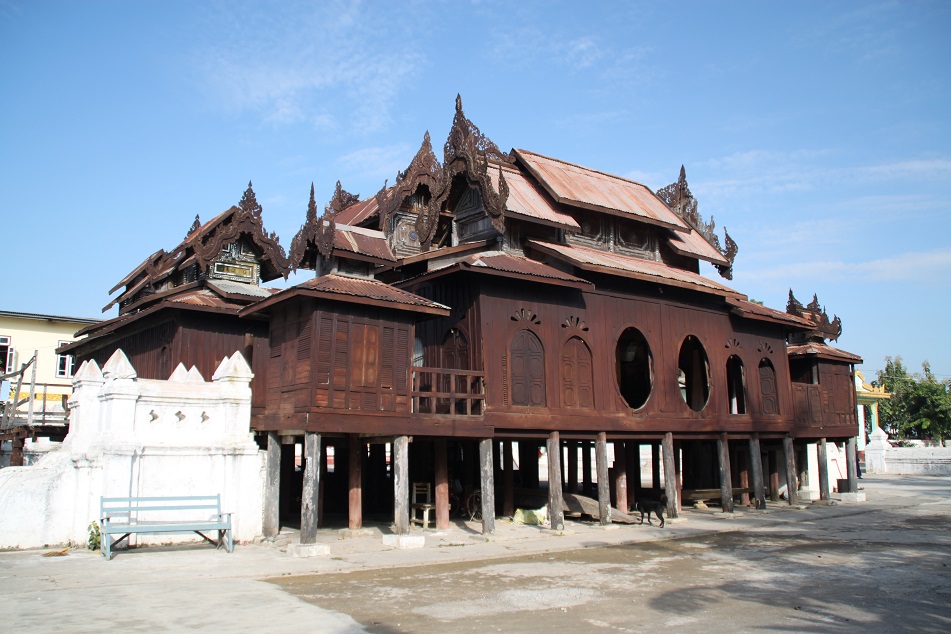 The Monastery is Famous for Its Oval Windows 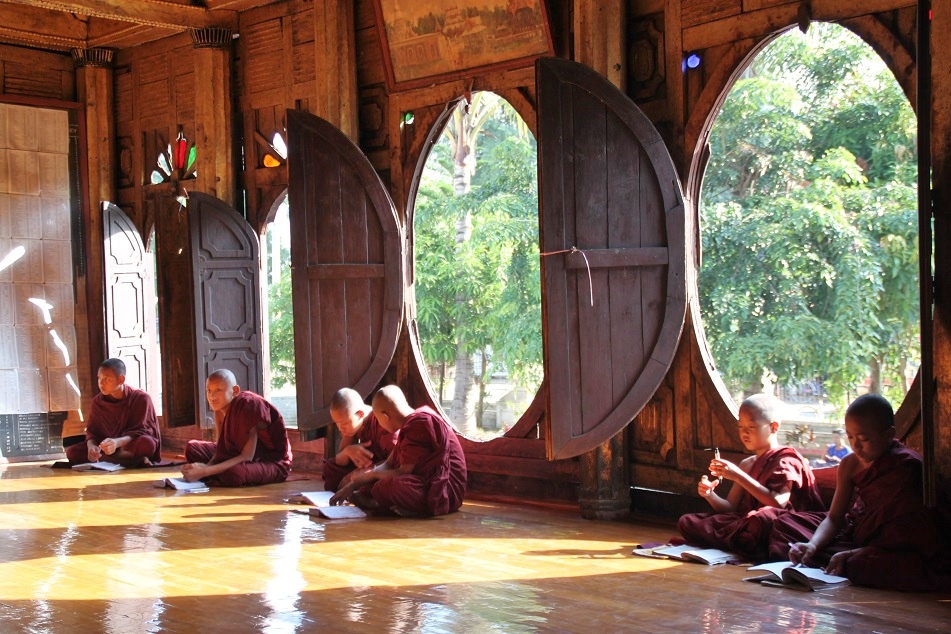 Distracted by A Kitten

A White Stairway to Enter the Wooden Structure

A Shrine Next to the Monastery 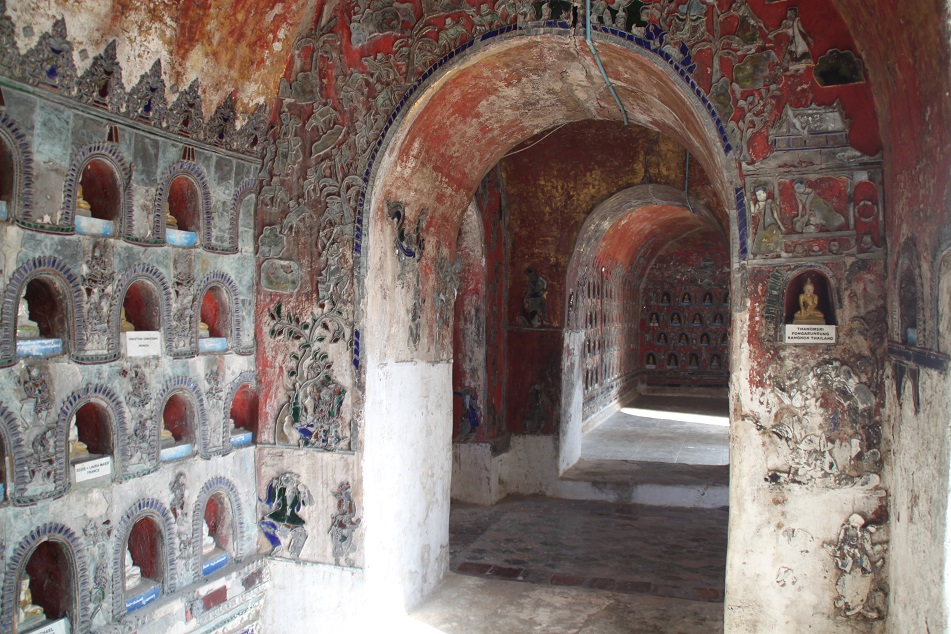 Niches Inside the Shrine 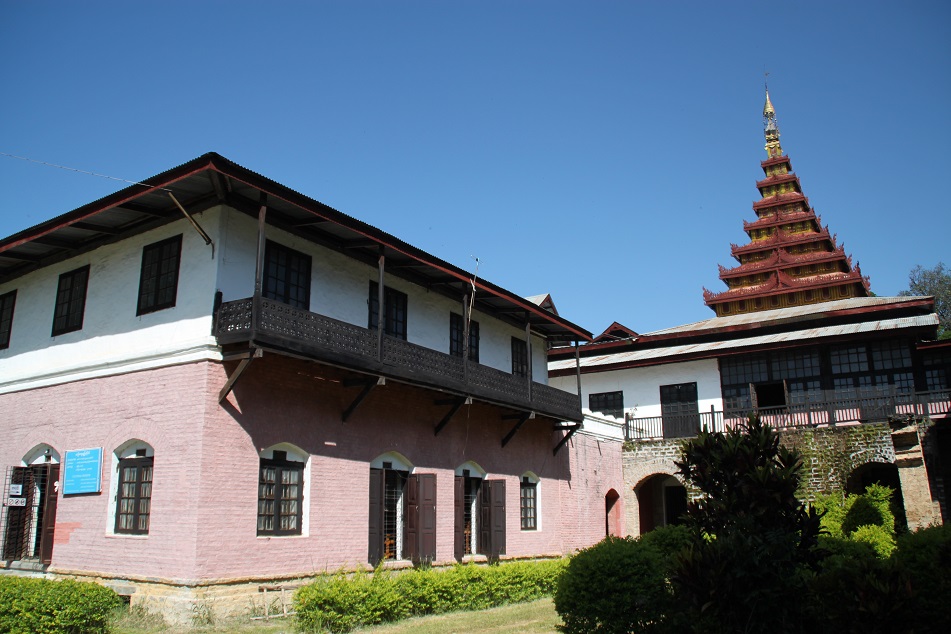 Former Palace of the Last Ruler of the Shan States

A Corner of the Palace, Now the Museum of Shan Sawbwa

Burmese and European Architectural Styles at the Palace

Going Up to A Closed Door

“Traffic lights” was the preferred point of reference every time we asked our hotel reception staff for directions. As we explored the town following a hand-drawn map made by a woman at the hotel, probably the wife of the owner, we kept looking for the traffic lights until we came across an intersection where we were supposed to see them. They were there, but none of the lights were turned on. Instead, a few meters away at another intersection, poles with three discs painted in red, yellow and green were placed at all four sides of the crossroads. Each disc was inscribed with mysterious Burmese script. However, judging from their location and colors, I wonder if they were in fact the town’s true ‘traffic lights’.

The streets in downtown Nyaung Shwe were perennially covered in dust, and every time a motorized vehicle passed by, particles of dust were blown into the air. Fortunately, private cars were still a rarity, and most people traveled by tractors, motorbikes, or on foot. We turned into the town’s traditional market to escape the dust, and discovered a lively tarpaulin-covered scene filled with men wearing lungyi (Burmese equivalent of sarong) and women in htamein (traditional dress for Burmese women) selling things from clothes and snacks to pirated DVDs, trinkets and thanaka wood. Mixing the powdered wood with water, one will get a natural sun screen which is then applied on the face. So important is thanaka for the local people, men and women’s faces smeared with the yellowish lotion has now become one of the most iconic cultural scenes of Myanmar.

In the riot of colors at the market, a group of women dressed in black wearing bright headdresses stood out among the crowd. Each of them carried a magenta-dyed woven bag while bargaining for pottery and other items. They belonged to the Pa’O community which make up the Shan State’s second largest ethnic group. While black, red, green, yellow and pink were the dominant colors under the blue tarpaulin tents, gold was what soared above the market. The golden stupa of a nearby Buddhist temple reflected the sun with a mesmerizing sheen. The pointy pinnacles of each and every single temple in Nyaung Shwe seemed to remind people that in spite of the town’s humble appearance, the sky is the only limit to their aspirations.

Today Nyaung Shwe serves as the main gateway to majestic Inle Lake – the principal reason for foreign tourists to flock to this part of Myanmar. The lake itself provides access to the partially abandoned Indein temple complex, arguably one of many intriguing ancient sites in the country. Along the banks of the lake, luxury resorts are beginning to sprout, providing the local residents with a glimpse of what wealth can afford them. Following Myanmar’s unexpected end to military junta rule, which ushered in an era of openness, new economic opportunities have begun pouring in. The country’s banks are now connected to the world’s sophisticated financial system, and it doesn’t require much imagination to picture how Myanmar will look like ten years from now. Urban development will accelerate, and Nyaung Shwe won’t be spared. But the question is whether it will follow most Asian cities’ paths where development often compromises cultural and historical heritage, or if it will retain its charm while at the same time experiencing rapid, but manageable, growth. 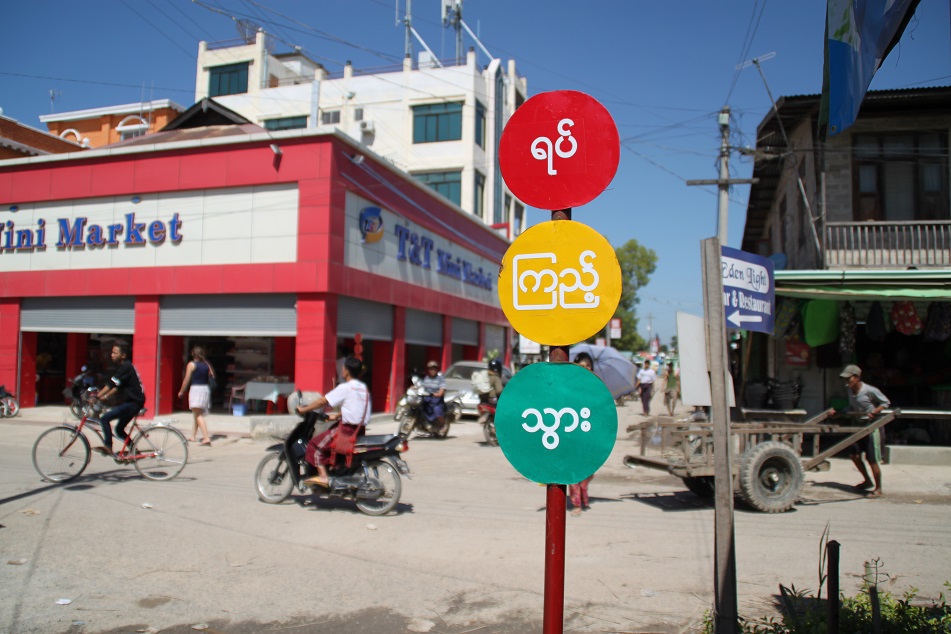 “Traffic Lights” at A Busy Intersection in Nyaung Shwe

Most Men and Women Still Wear the Traditional Garments 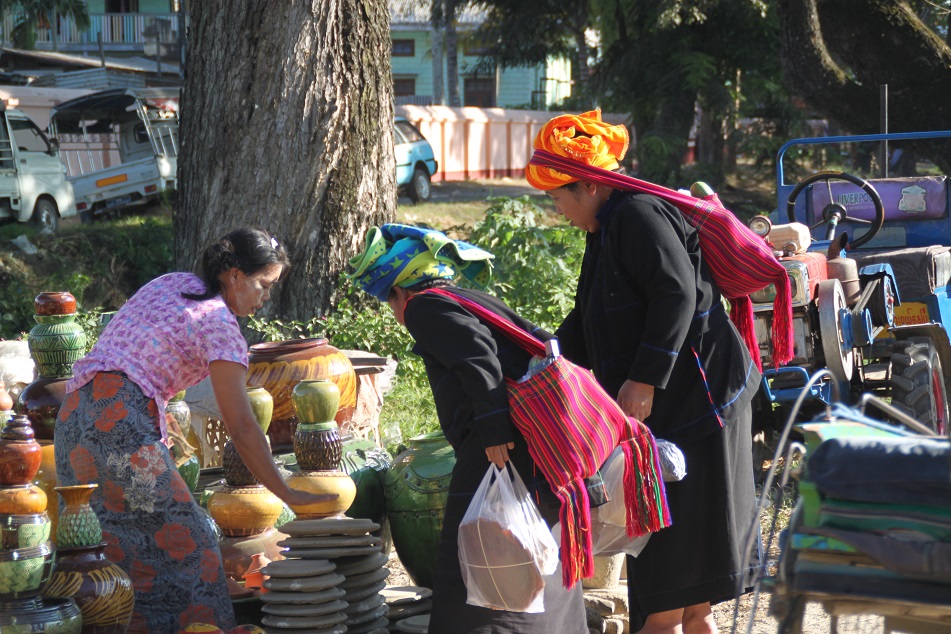 Pa’O Women at A Local Market

Everything that Shines Points Up to the Sky 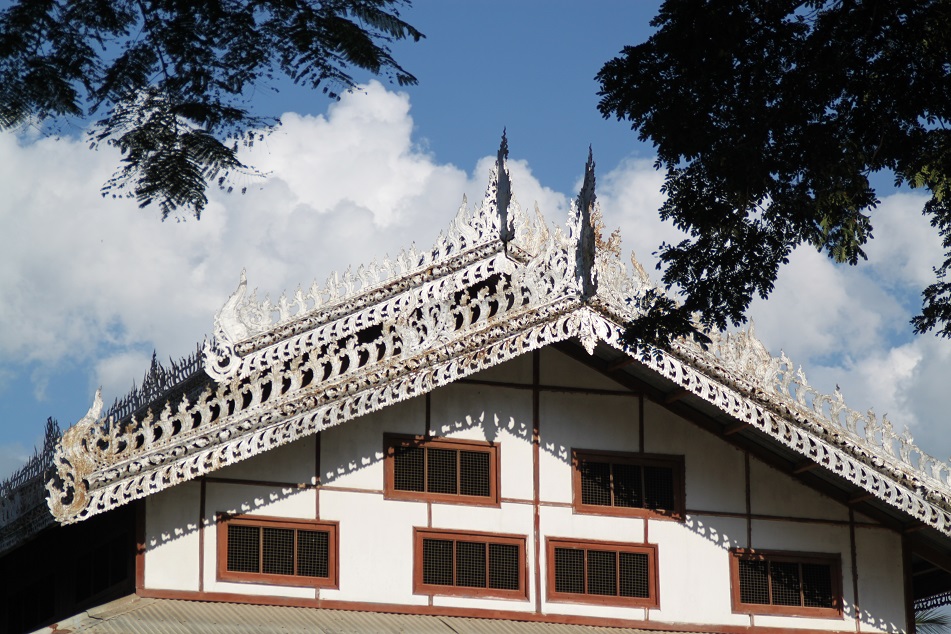 45 thoughts on “Nyaung Shwe: A Town on the Edge”