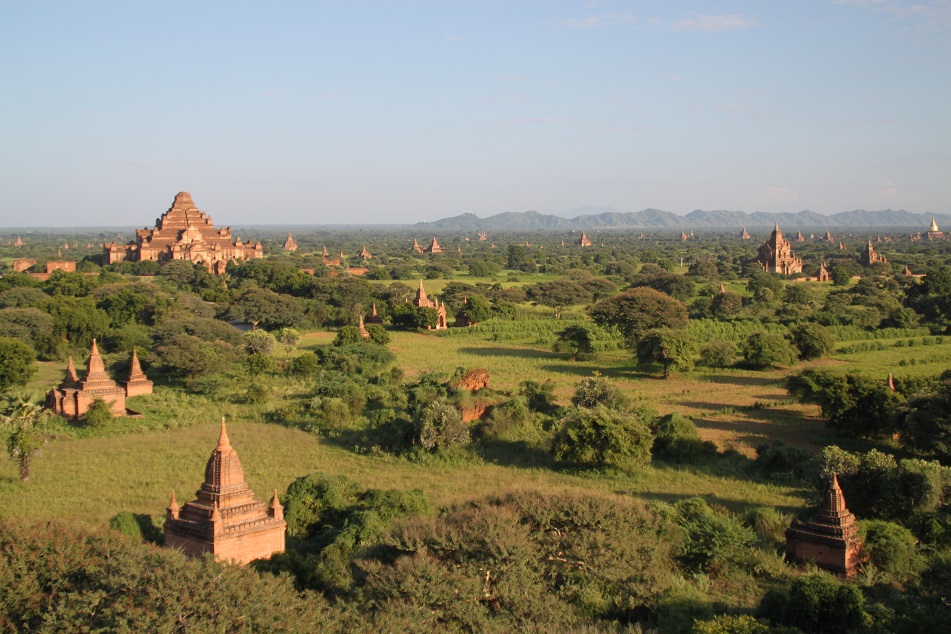 In the early 12th century AD, the prosperous and powerful kingdom of Bagan was on the verge of years of political instability. Narathu, who by now ruled the kingdom, ascended the throne by assassinating his own father, Alaungsithu, and his older brother, Min Shin Saw, rendering the new king deeply unpopular.

Contrary to his father who traveled extensively to the far-flung regions of his kingdom, Narathu chose to stay in his palace most of the time, probably understanding how much his people despised him. He did try to redeem his acts of evil by commissioning the construction of what would be the biggest temple ever existed in the kingdom: Massiveness that is Dhammayangyi.

During its construction, it is said that Narathu was displeased by some Hindu rituals conducted around the new temple. One of the people who performed such practices was the princess of Pateikkaya, a tributary kingdom from the west near present-day Bangladesh. The king, despite his effort to repent the killings he did, resorted to the only way he knew to get rid of people he detested, and the princess was murdered.

Upon hearing the news of his daughter’s death, the king of Pateikkaya secretly sent eight of his men disguised as Brahmins (Hindu priests) to assassin Narathu. After three years in power, the king of Bagan’s reign ended in the same fashion as his father’s. Narathu was later nicknamed Kalagya Min, ‘the king who was killed by Indians’.

However the curse didn’t seem to cease after Narathu’s death, for Naratheinkha, his son who ascended the throne following his father’s death, also ruled Bagan only for a brief period of time before being murdered. 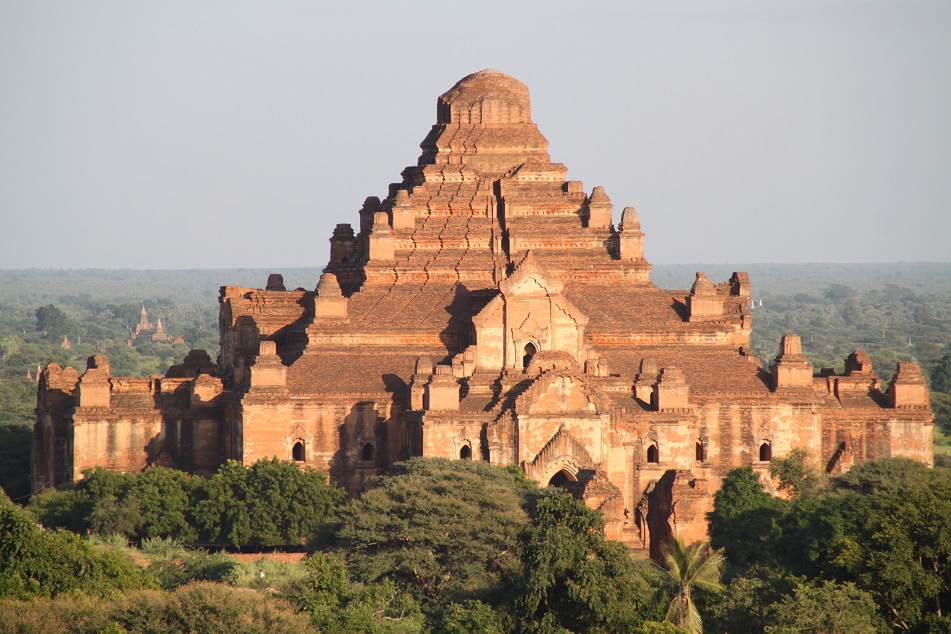 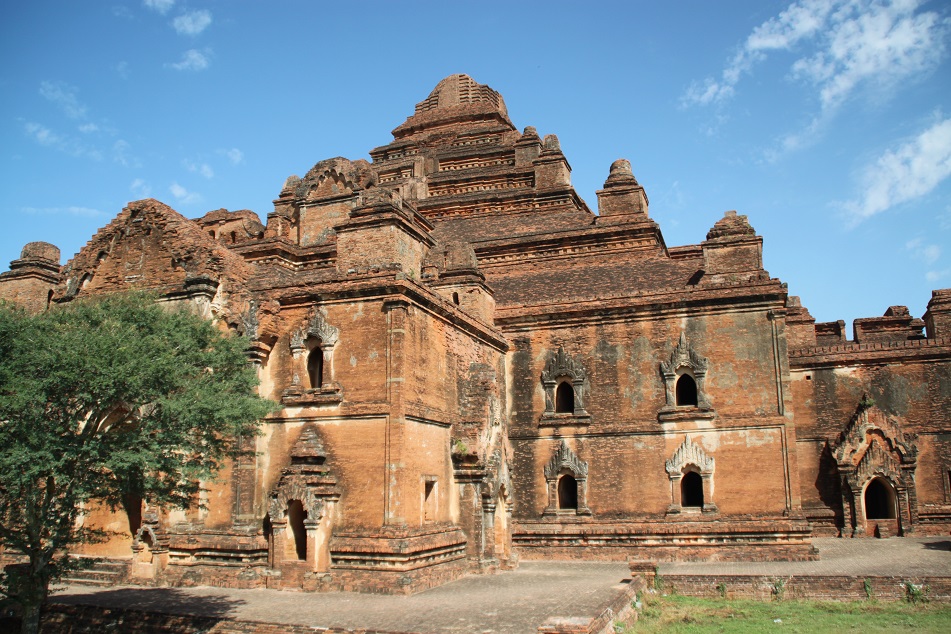 A Closer Look at the Biggest Temple in Bagan 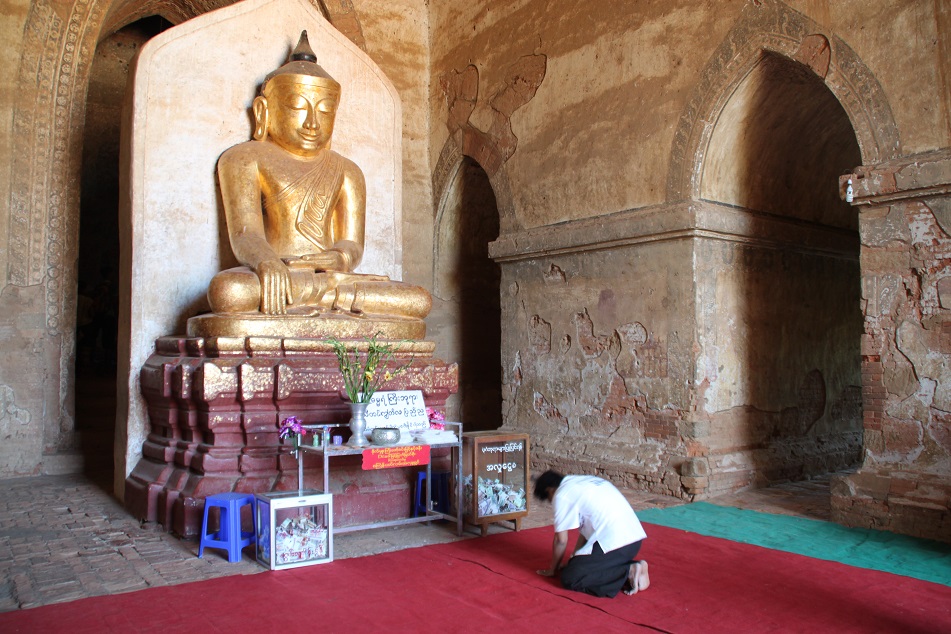 A Devotee Kneeling before the Buddha, Dhammayangyi 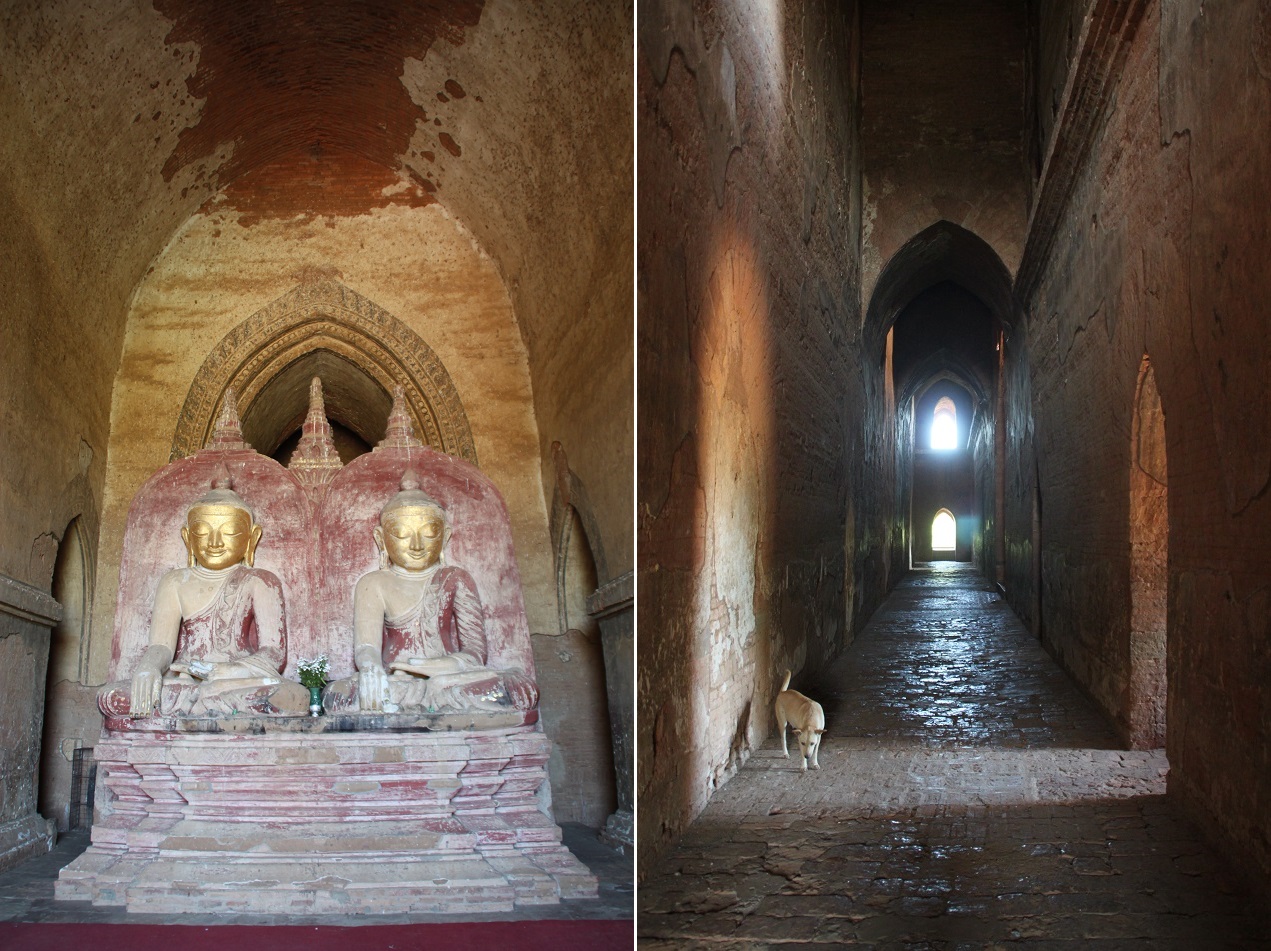 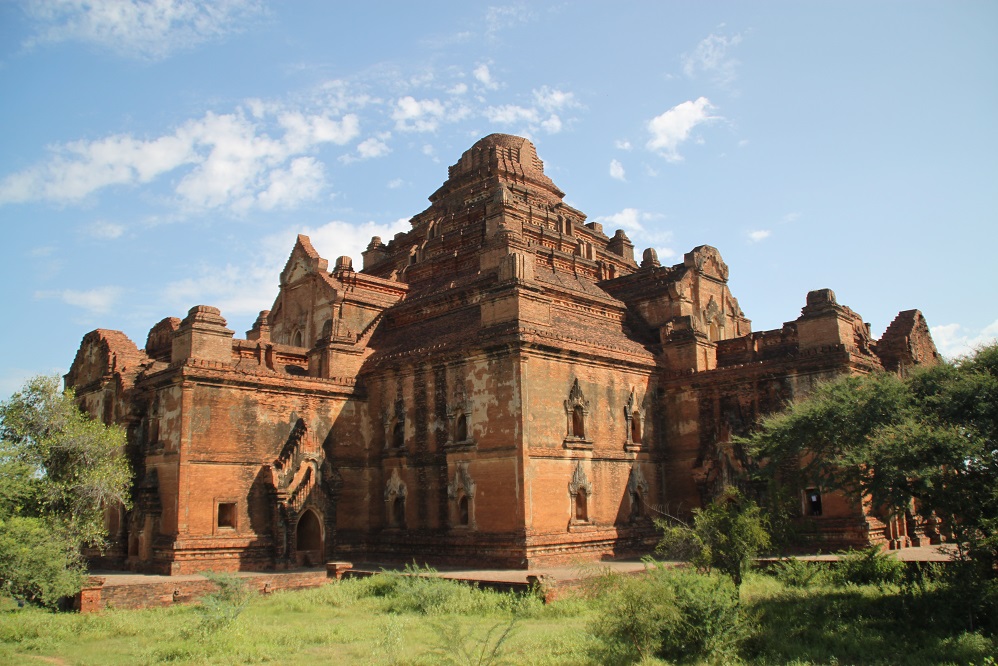 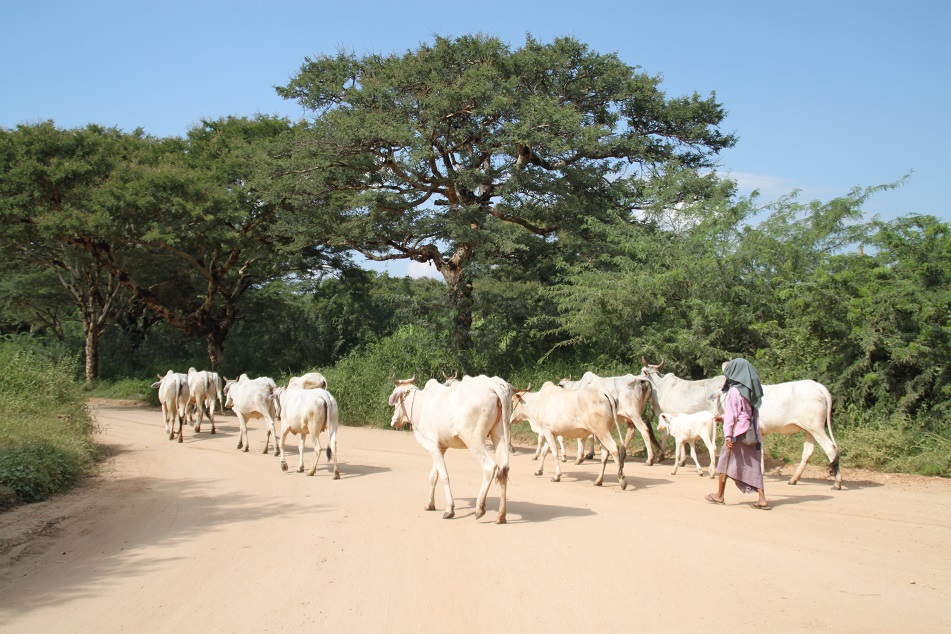 Naratheinkha, the eldest son of Narathu, became the new king of Bagan and brought about reforms to the kingdom. The appointment of his younger brother, Narapatisithu, not only as the crown prince but also as the commander-in-chief was unprecedented in the history of Bagan, one of the decisions that helped the new king gain popularity and respect. However Naratheinkha would soon jeopardize his own reputation for claiming what was not rightfully his.

Young Weluwaddy was first presented to Naratheinkha by a local chief. Unimpressed, the king then handed the young woman to his brother who would later marry her. However as she grew up she became more beautiful and radiant, and soon enough she caught the king’s attention. In a crafty way to seize his brother’s wife, Naratheinkha sent Narapatisithu to a far region of the kingdom to quell a rebellion, which turned out to be a false one. Upon finding out about this fact and hearing the news of what the king did to his wife, the crown prince sent one of his generals to return to the palace and assassinate his brother. After only three years in power, Naratheinkha’s rule in Bagan ended in the same way his grandfather and father’s reigns ended.

Narapatisithu claimed the throne of Bagan and became a powerful king who would rule for almost four decades, ending a turbulent period in the history of the Buddhist kingdom. Following in the footsteps of other great kings before him, Narapatisithu cemented his power through the construction of impressive temples. The beautiful and elegant Sulamani was the architectural jewel of his rule, in spite of its smaller size compared to Dhammayangyi.

Continuing what his great great grandfather, Kyansittha, had pioneered, Narapatisithu promoted Burmese culture and script to replace those of Mon and Pyu which had dominated Bagan for centuries. Nevertheless, he emphasized on peaceful coexistence with the Mons as well as with other ethnic groups within his realm as opposed to oppressing them.

One of the significant people Narapatisithu successfully reconciled with was Nagathaman, the grandson (or grand-nephew according to other sources) of Manuha, the last king of Thaton. More than a century earlier the founder of Bagan dynasty, Anawrahta, defeated Manuha and incorporated Thaton into the new, rising kingdom of Bagan. But during Narapatisithu’s rule not only could Nagathaman live peacefully, but he was also allowed to build a temple: Nanpaya.

There are conflicting historical accounts regarding the temple. Some say it was Nagathaman who built Nanpaya, others believe it was Manuha himself. Some argue that the temple was at first built as a Hindu shrine, but others do not agree with this theory. Whichever argument one chooses to believe, Nanpaya is generally regarded as an evidence of peaceful coexistence between the Mons and the Burmese.

Narapatisithu died in the early 13th century, leaving his son and successor, Htilominlo, not only a stable kingdom, but also a tremendous challenge after centuries of ceaseless construction of colossal and magnificent temples. The sun was about to set on the horizon. 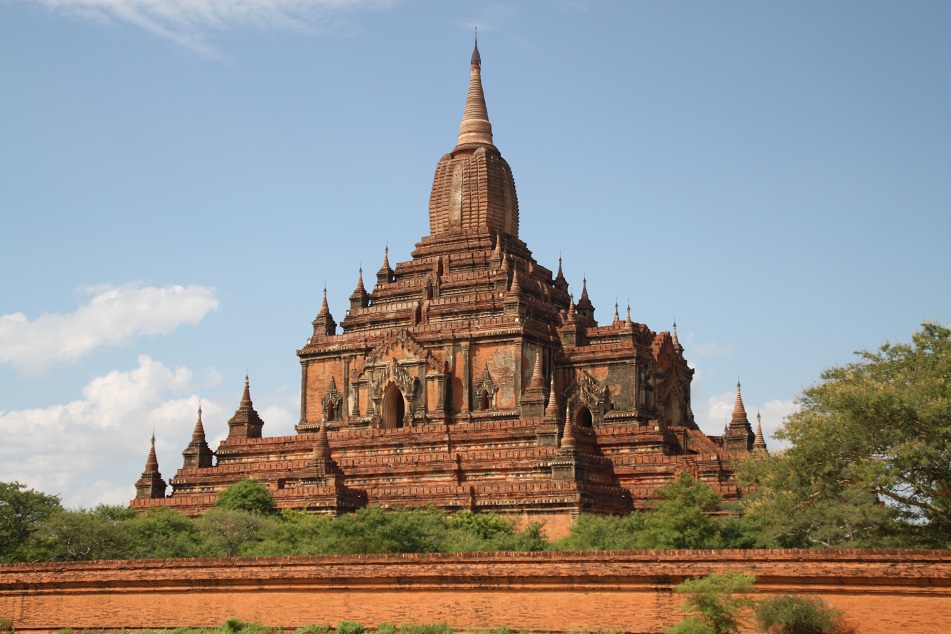 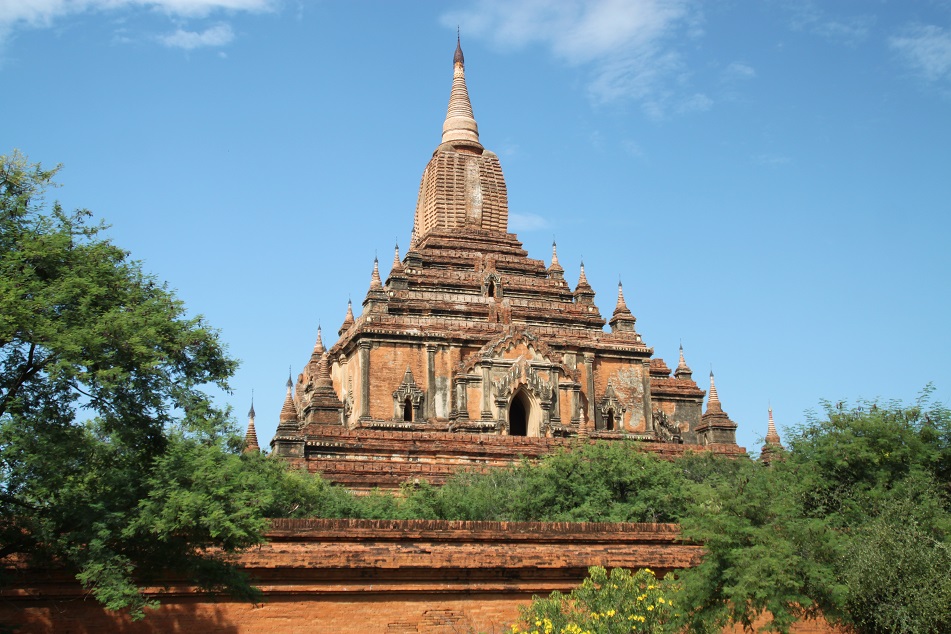 Another View of the 12th-Century Temple 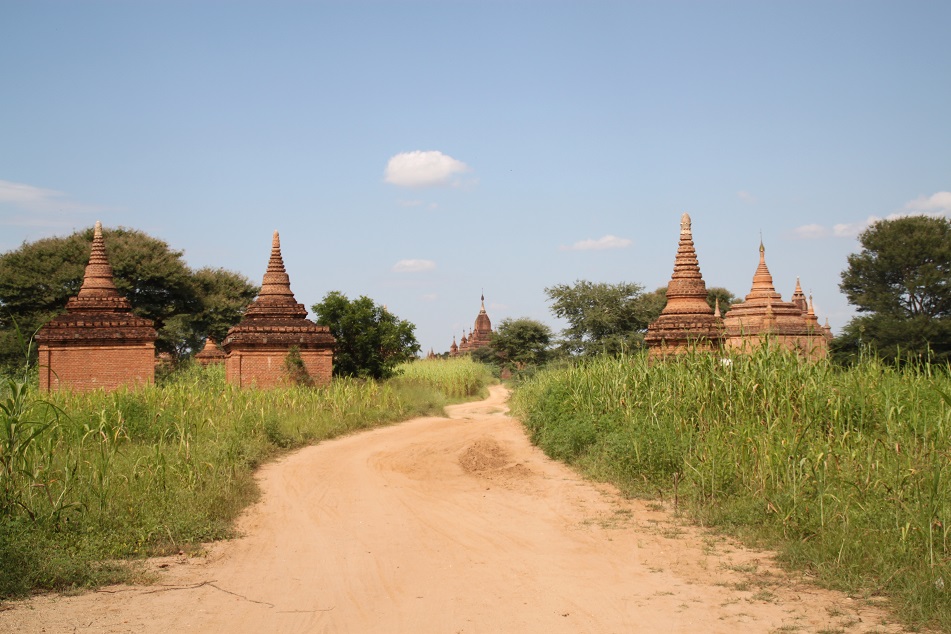 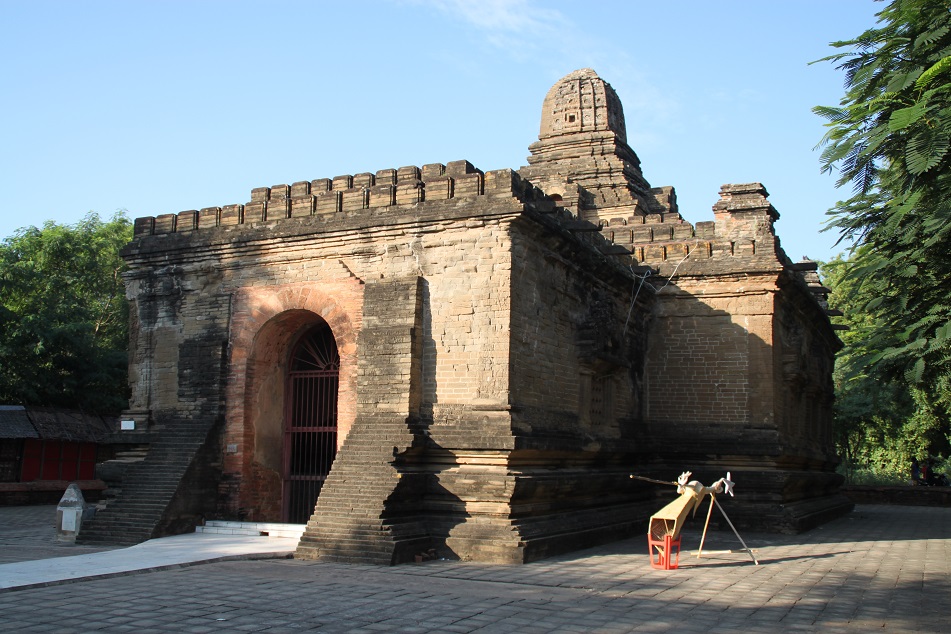 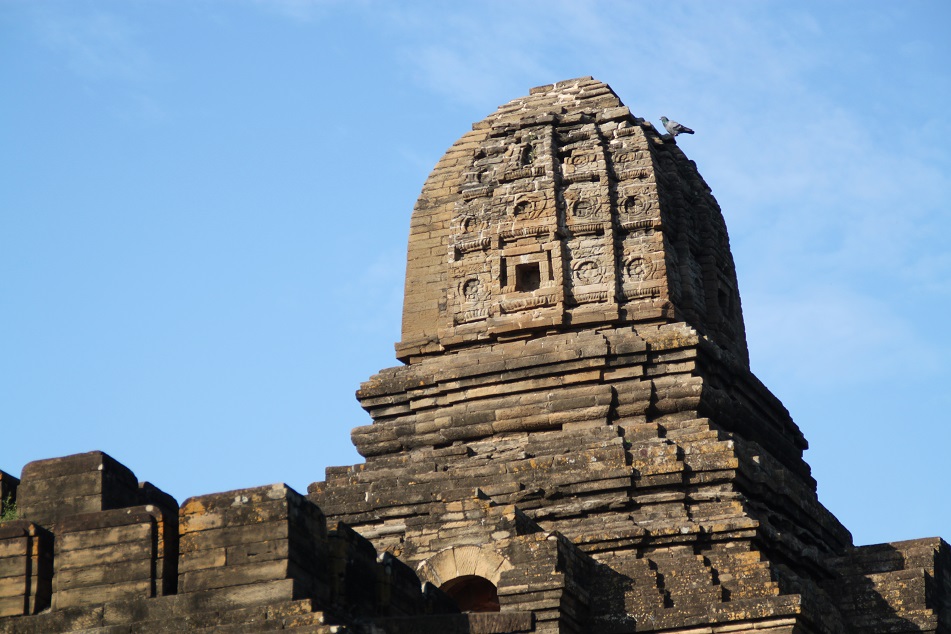 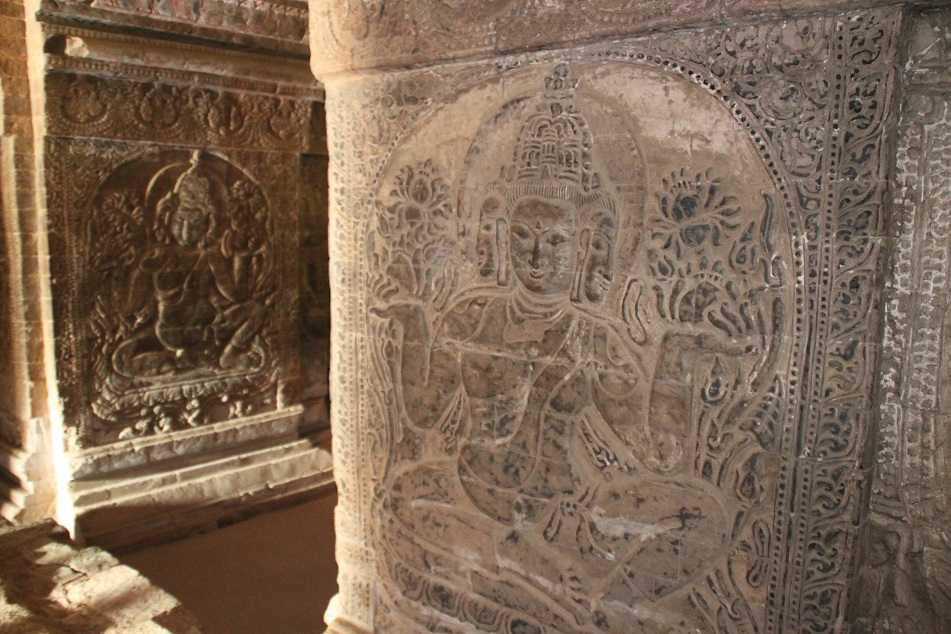 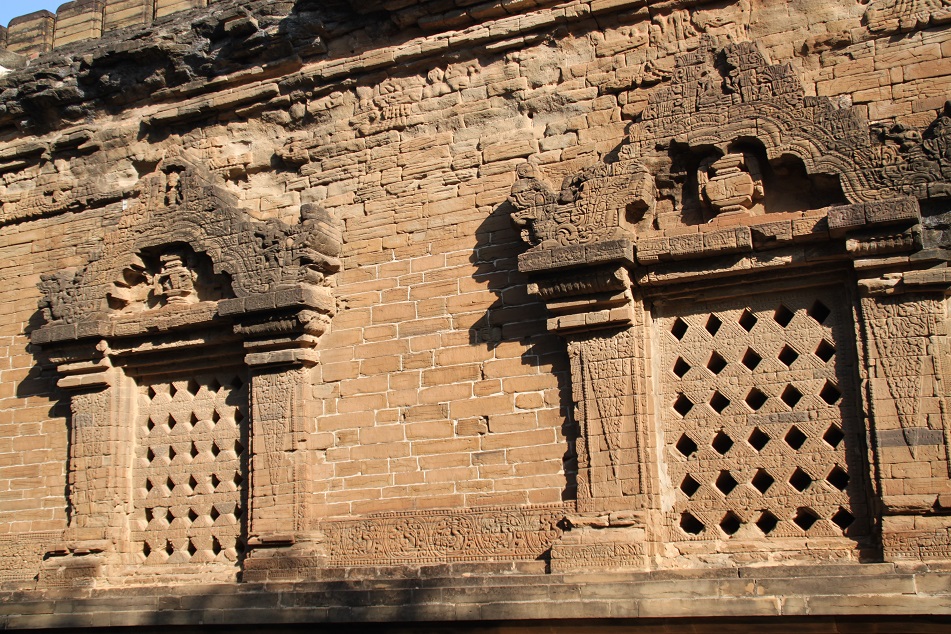 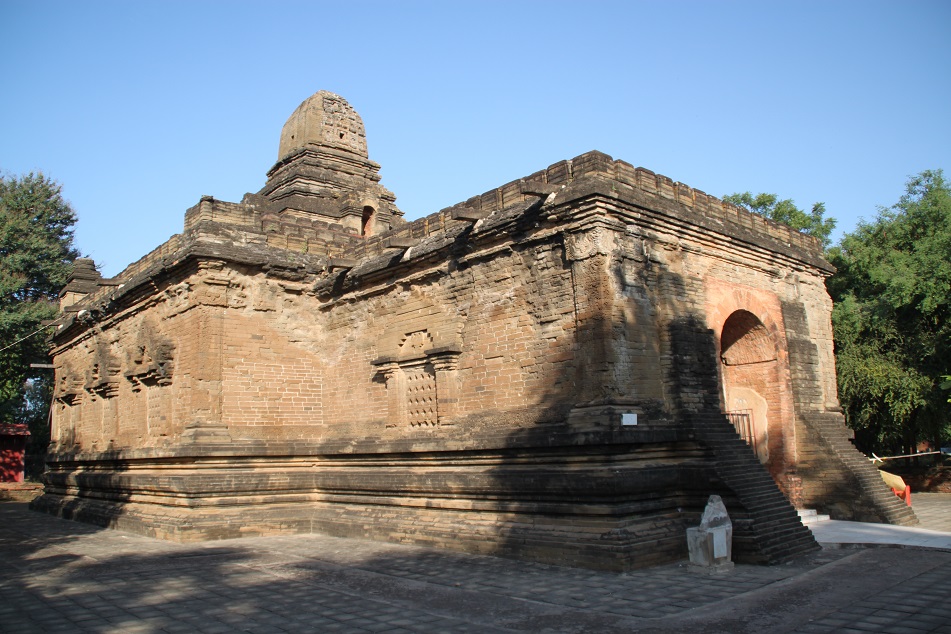 A Legacy of Narapatisithu’s Son-in-Law 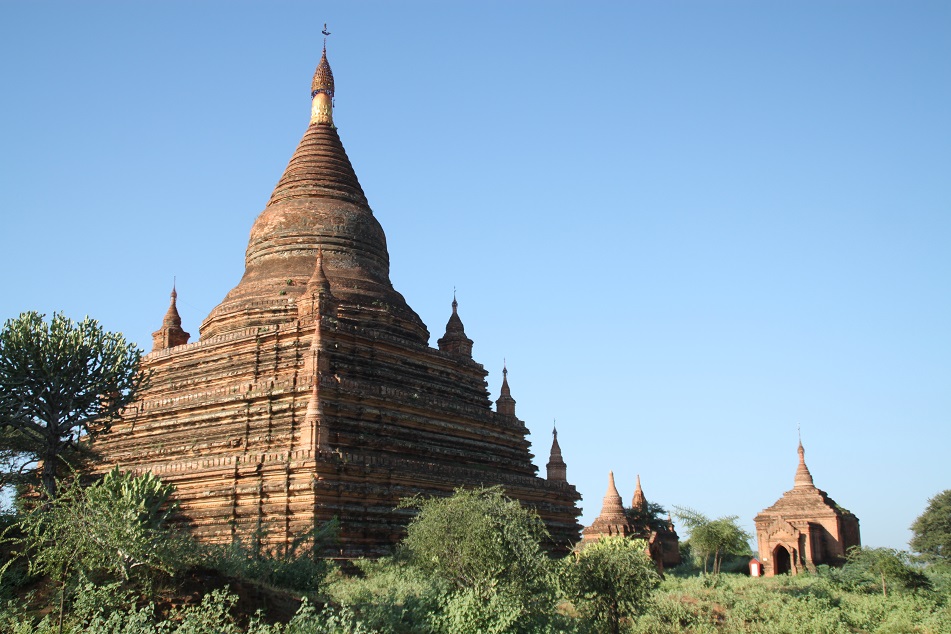 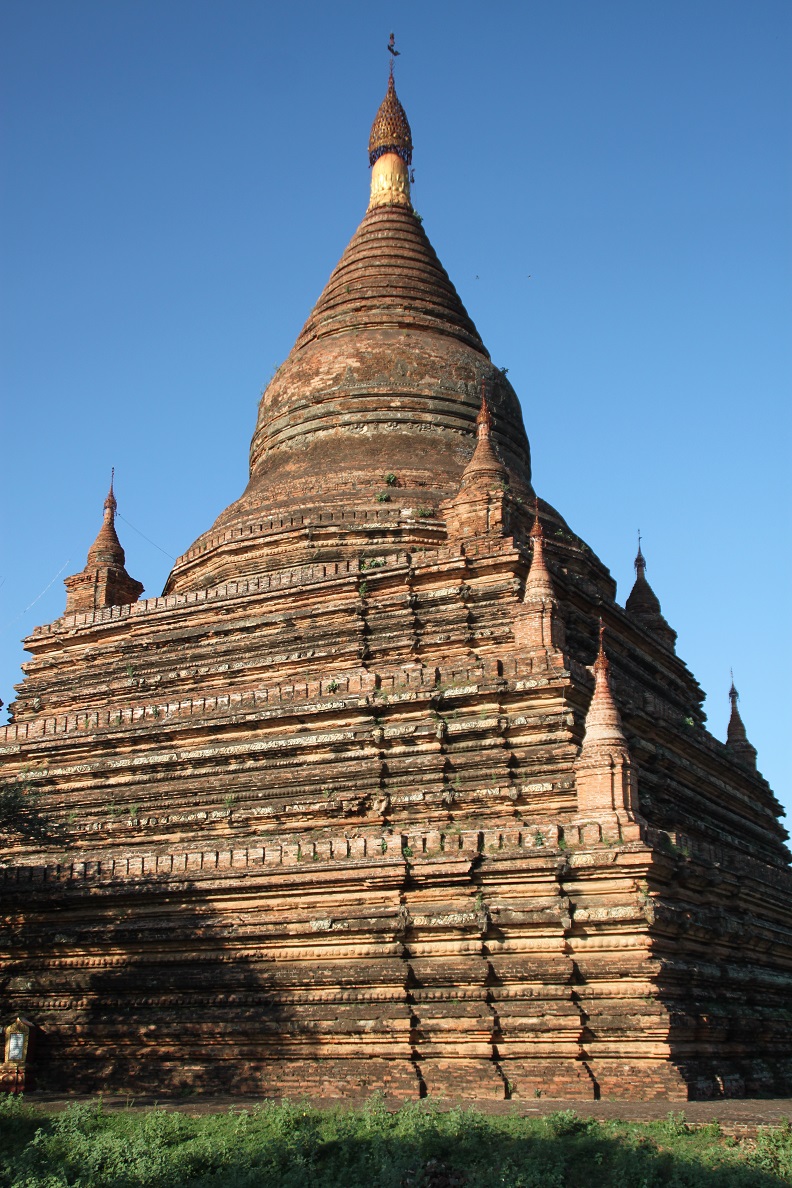 Donated by the Mysterious Lady Soemingyi 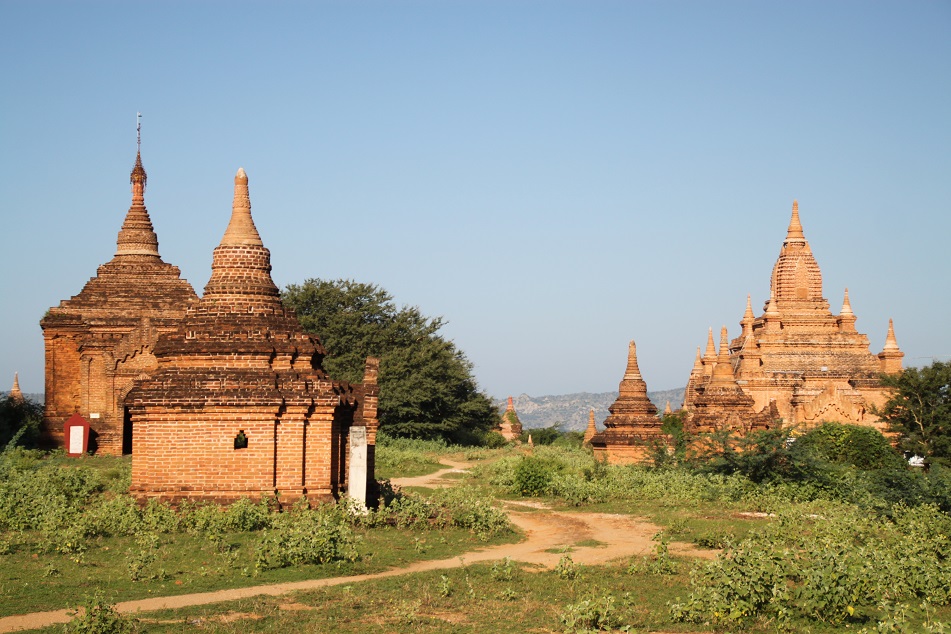 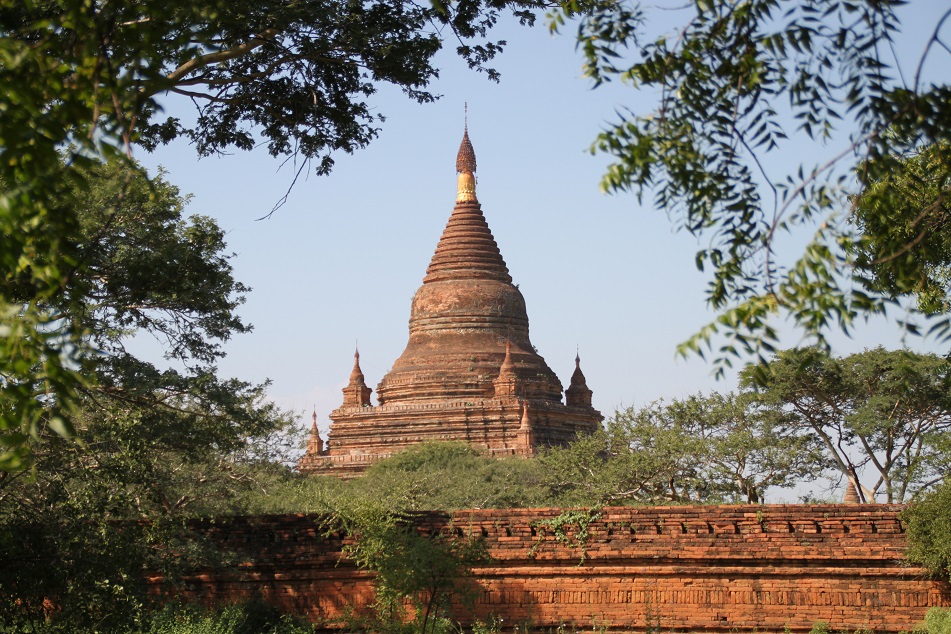 38 thoughts on “Bagan: Into Turbulent Time”