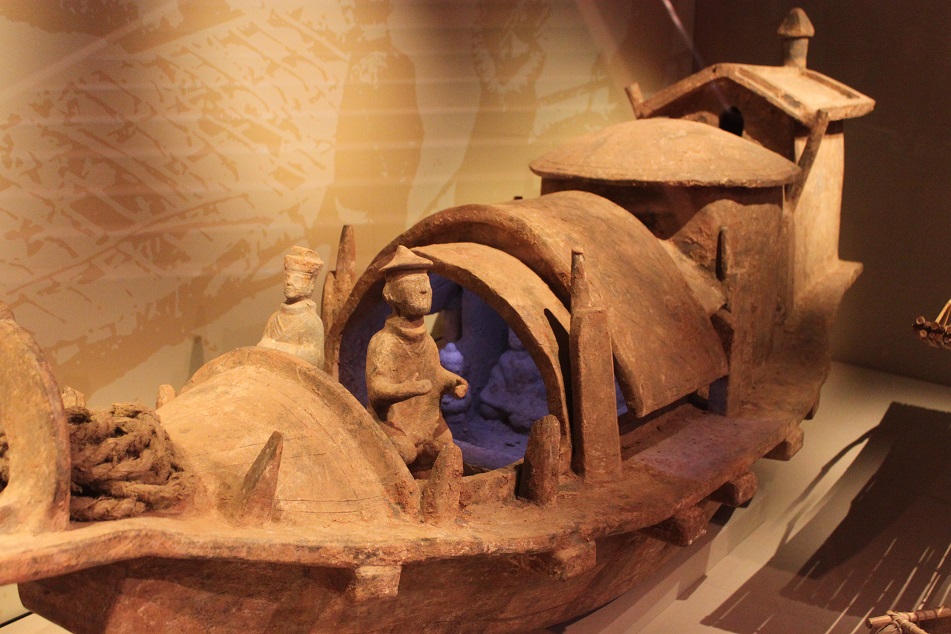 “Those who cannot remember the past are condemned to repeat it.”

Since the invention of raft which eventually led to the creation of ship, humans have wandered not only across rivers and lakes, but also seas and oceans to reach terra incognita, lands that only existed in their imaginations before. As human population grew trade became a major drive for erstwhile explorers to brave themselves to risk their lives in return for gold and glory. From frankincense to silk, tea, coffee, ceramics, and spices, intercontinental trade was made possible by the invention of stronger, bigger ships equipped with more sophisticated navigation equipment.

In the Far East, in the time of the Zhou Dynasty (1046 – 256 BC), rudder technology was developed, opening the way for successive dynasties to incorporate ships into their military forces. Japan and Korea, too, utilized ships for their political and economic purposes, each decorated with traditional patterns and ornaments to showcase not only their prowess, but also their cultures to other nations.

Amid the sprawling archipelago to the south, indigenous peoples had developed their own seafaring skill and technology. The people of southern Borneo (present-day Indonesian Kalimantan) were among the first settlers of Madagascar, more than 7,600 km apart, while in the 8th century a traditional ship was immortalized on the wall of the enormous Buddhist temple of Borobudur. Srivijaya Empire, a 7th – 14th century thalassocratic empire based on the island of Sumatra whose area encompassed most of Sumatra, Java, and the Malay peninsula depended on its formidable maritime power to control such sprawling territories.

A few centuries later, following the conquest of Constantinople by the Ottomans, the Europeans came to the Far East to trade directly with the fabled Spice Islands. Soon Western powers dominated economic and political landscapes in the East and beyond. From the Spanish Philippine Islands, to Dutch Indonesia, British Malaya, French Indochina, as well as cities and ports on China’s eastern coasts, including Portuguese Macau and British Hong Kong.

Hong Kong Maritime Museum, occupying a no-longer-operational pier at Central, showcases some of the relics and models from the maritime-based events in Asia that left profound impact to the nations in the region. Galleries are divided in chronological order mainly related to the history of Hong Kong, including Traditional Maritime China, the China Trade, Sea Bandits, and the development of Victoria Harbor into modern-day Hong Kong.

As with other museums, everything at the Maritime Museum was purposefully displayed for visitors to learn about the history of Maritime Asia, and prevent mistakes from happening again in the future. But not everyone has neither the privilege nor the will to learn about history, unfortunately, allowing the same problems to reoccur sooner or later.

In the early 19th century a pirate named Zhang Baozai operated more than 600 ships with around 70,000 followers in the South China Sea, an insurmountable problem for the Qing dynasty causing massive loss in trade. Today piracy still is a big problem in many parts of the world, from the Strait of Malacca in Southeast Asia to the Somali waters. The South China Sea itself remains a contested water, a stage of international disputes between China to the north with its smaller, and very much divided neighbors to the south.

As the 20th century American-Spanish philosopher, George Santayana put it, history will keep repeating itself for there are people who cannot (and don’t want to) remember the history. Remembering history does not mean romanticizing the bygone time. It is rather to understand ourselves as humans, and to learn what part we can take to prevent humanity from falling into the same mistakes over and over again, for we all share the same planet and live under the same sky. 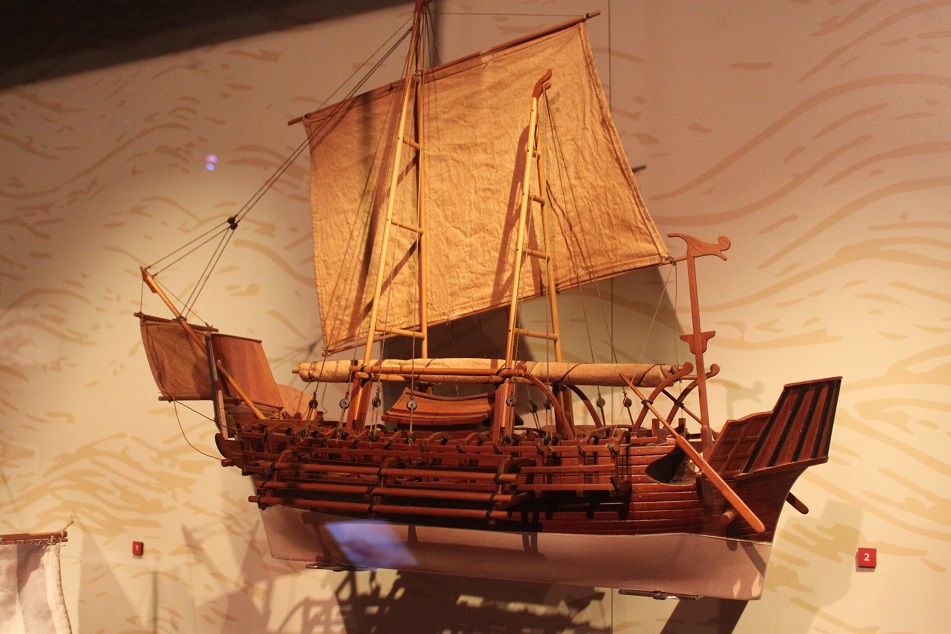 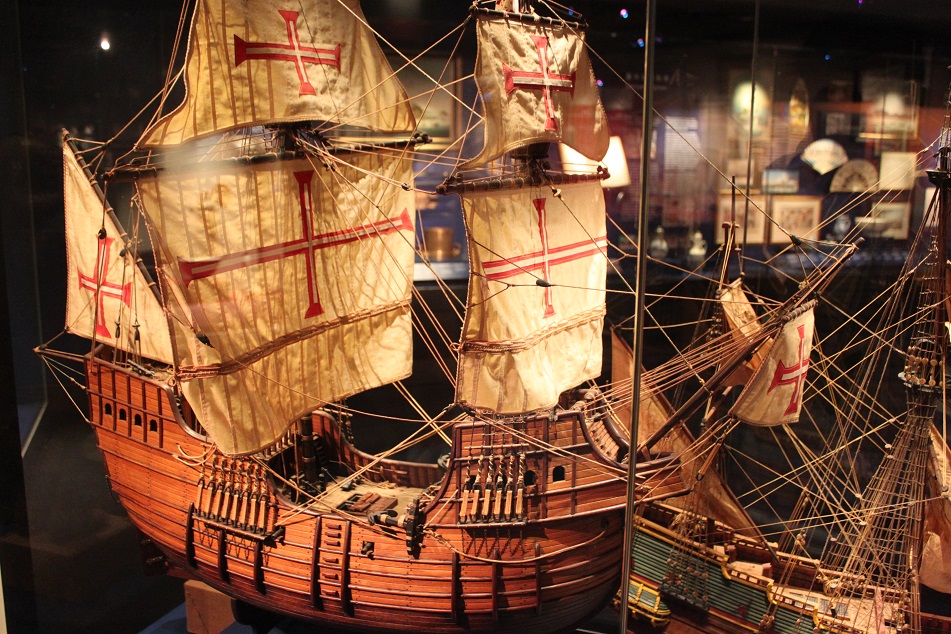 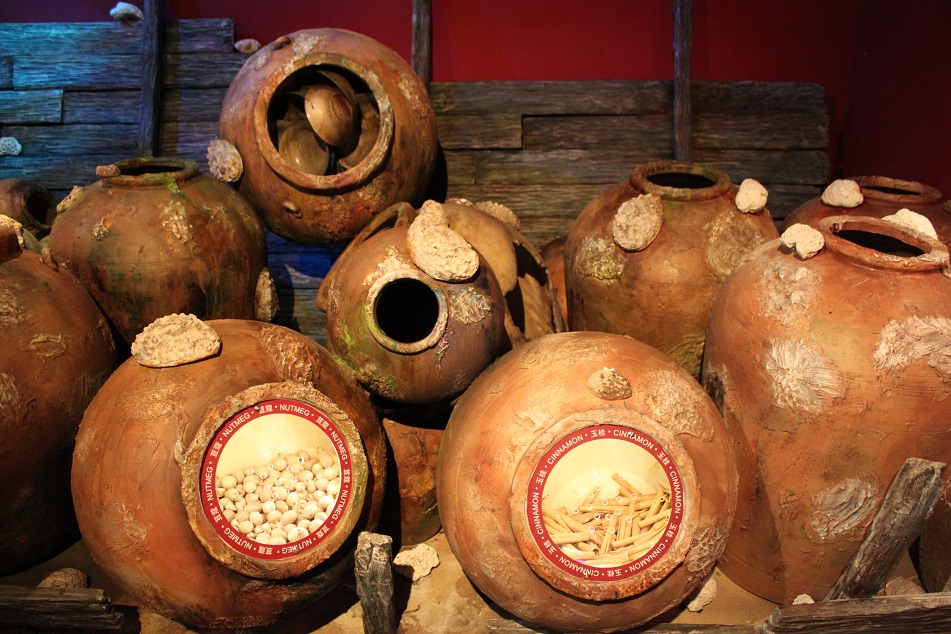 Nutmeg and Cinnamon, Sought After by the Europeans

A Trade Scene Depicted on A Folding Fan

43 thoughts on “Maritime Asia, Past and Present”