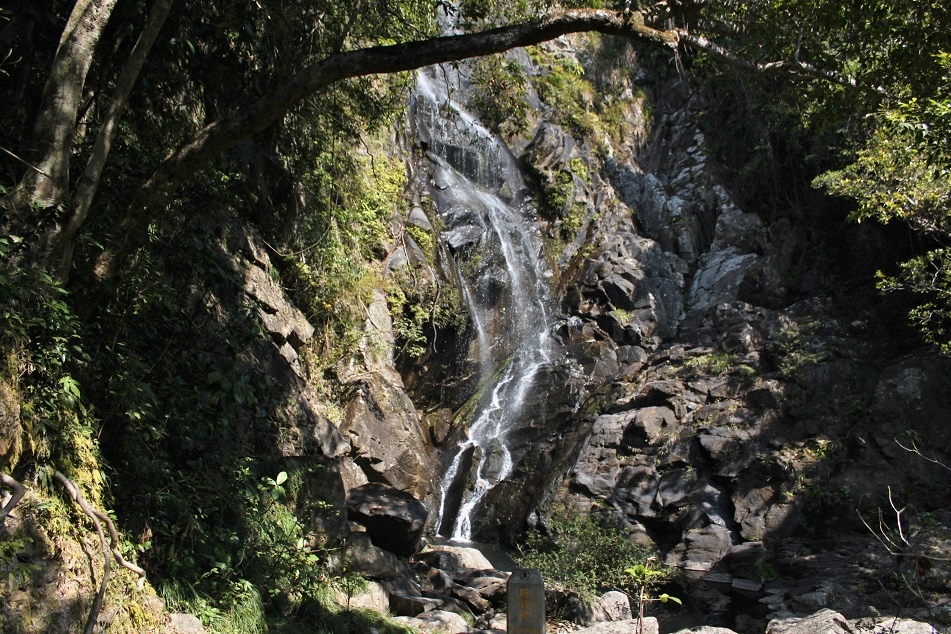 Trickling Down to the Mirror Pool

Four centuries ago when China was ruled by the Qing Dynasty a few Hakka people – native to vast lands in southeastern China – searched for a new place to settle down, probably caused by growing competition and limited opportunities at home. They eventually found a secluded valley, guarded on three sides by lush forests and opened up at one side where dense shrubs and mangrove trees bordered a calm cove.

Over the years the settlement grew into a small village, and as its population flourished, so did its wealth. During its heyday up to 1,000 people called this remote village home, a peaceful place of their own where lychee trees grew in abundance and later on gave the small village its name, Lai Chi Wo, literally ‘Lychee Nest’.

Three centuries after the first settlers set foot on this piece of land, however, its residents saw fortunes gradually evaporated from their village, a similar fate shared by many villages in what is today Hong Kong’s New Territories. In a desperate attempt to reverse the bleak trend, a feng shui expert was called in to bring back the long-gone better days to the village.

Upon his advice, a feng shui wood was planted to safeguard Lai Chi Wo’s prosperity, hugging the village from three sides to ensure wealth would go anywhere but leave the small community.

Fortunes did come back, but only for a brief period of time before the tide was too strong to fight and decades later the village’s young men and women began to trickle away to find better opportunities in the city and overseas.

On the first day of last year’s Chinese New Year, James, his father, and I ventured far beyond where most casual hikers would go. Present-day Lai Chi Wo lies a mere 2 km away from the Chinese border, compared to the distance to Hong Kong Island which is more than 40 km south of the village.

The trail we took started near the Mirror Pool, a part of the Plover Cove Country Park, Hong Kong’s nature at its best. Along the way burned incense and red paper confetti were strewn all over the ground, more conspicuously near small altars and around small villages. Even in this secluded corner of Hong Kong, Chinese New Year was celebrated at full swing. 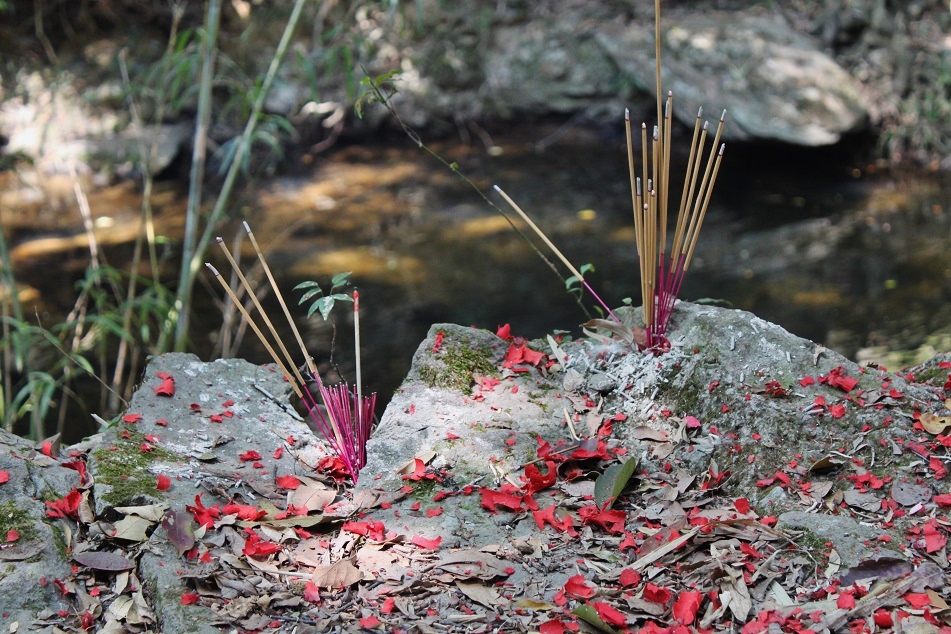 What Was Left from A Celebration

Fire on An Altar

A Small Village along the Hiking Trail 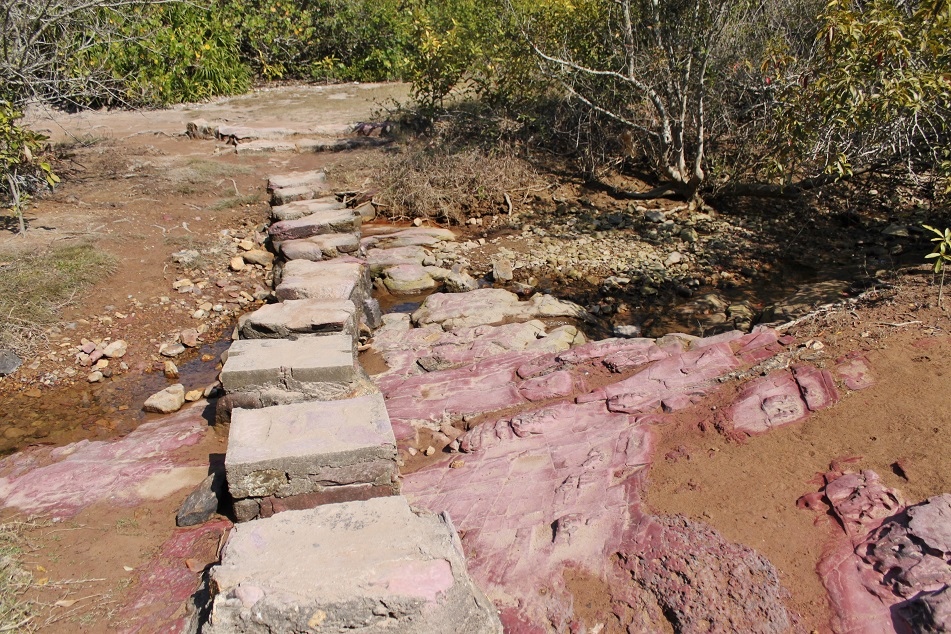 Pink Rock Exposed to the Sun

Mangrove forests, reddish rock formation, and beautiful coves abounded, but there were only a few people to be seen. Due to its remote location, the hiking trail attracts only a handful of hikers and those who wish to find an even more tranquil escape than the white sand beaches of Sai Kung.

As we walked further, we were kept reminded that China was not that far away. A big Chinese container port loomed in the distance, separated from the country park only by the calm waters around Crooked Island.

Two hours after we started the hike finally we spotted the walled village of Lai Chi Wo with its small grey houses sitting on the otherwise verdant hill. Like a refuge from the constantly busy city a few hours away, from where we stood the village exuded a sense of tranquility, peace, and interestingly… mystery.

We drew ourselves closer to the village and discovered its village temple and monastery, both seemed clean and well kept, while to the left a big banyan tree adorned with bright red lanterns provided shade on the sunny day. Two old cannons pointed to the sea, raising questions in my mind of whether there was a threat to the village in the past.

But we also discovered a confounding reality: no one was in the village.

We walked through the village’s main gate, guarded by a few dogs who appeared very keen on protecting the village from any intruders. Their loud and repetitive bark was the only sound we heard in the village. It was eeriely quiet and so bizarre since clearly the village was not completely abandoned as what happened to a village near Chek Keng. Signs of life were evident, burned papers littered some of the alleys and a Chinese flag flew high atop a house.

But no one was there.

James checked his mobile phone only to find out that in this empty village we were literally on our own. “There’s no reception on my phone.”

We walked outside the village’s walls to inspect the feng shui wood, a combination of natural and human-planted vegetation where some really odd-looking trees thrived, regardless the grim fate the village faced, a fate they were supposed to prevent from happening.

Reality, however, is something Lai Chi Wo’s residents must face, despite their effort to save the village. As the lychee trees are disappearing over the time, the Lychee Nest, it seems, has to give in and transform itself from a remote village into a heritage site of a once thriving community who brought life and energy to this desolate land, so future generations can learn and reconnect with the past. 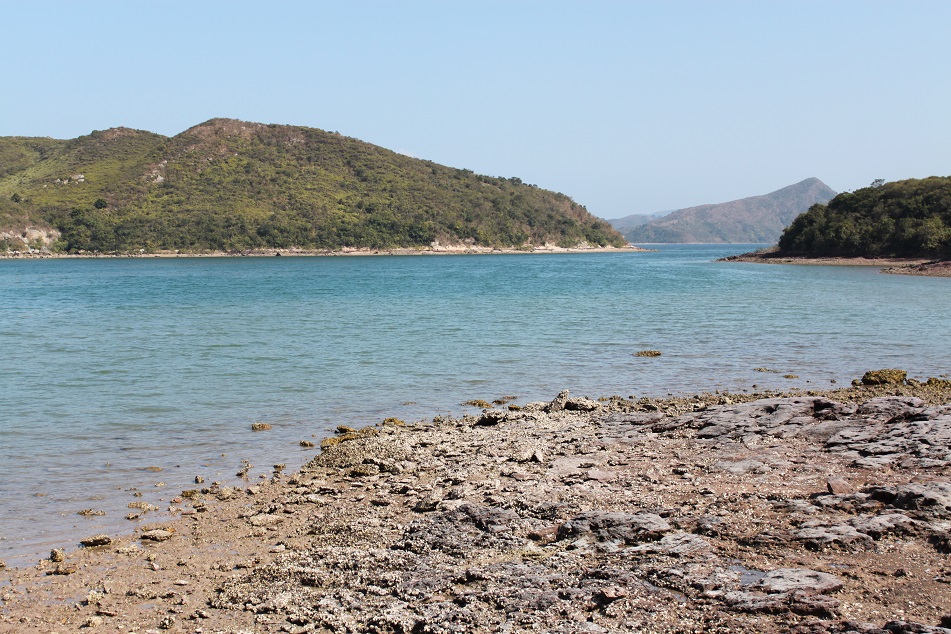 Looking Out to the Crooked Island 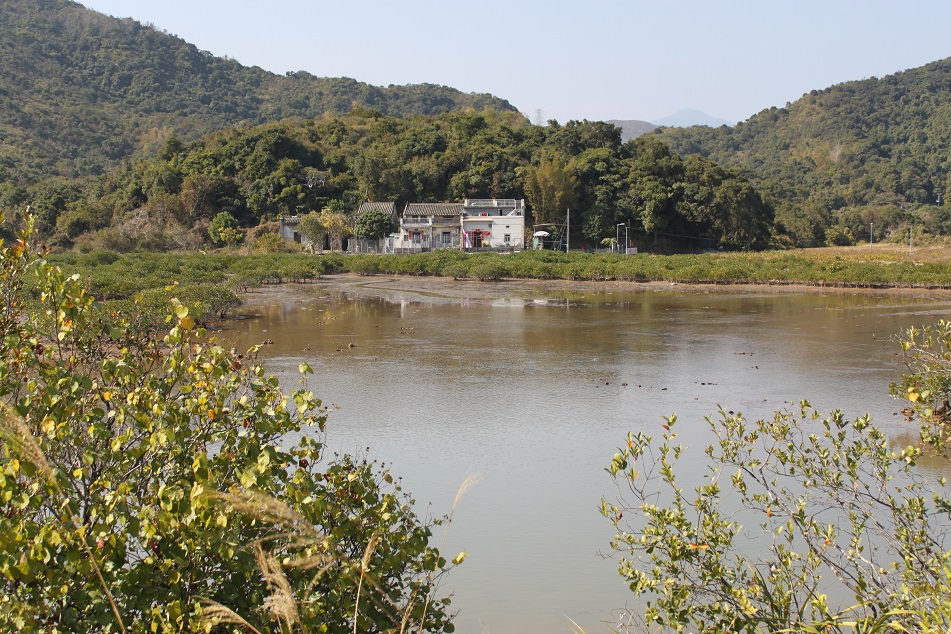 Lonely Houses in Sam A Tsuen 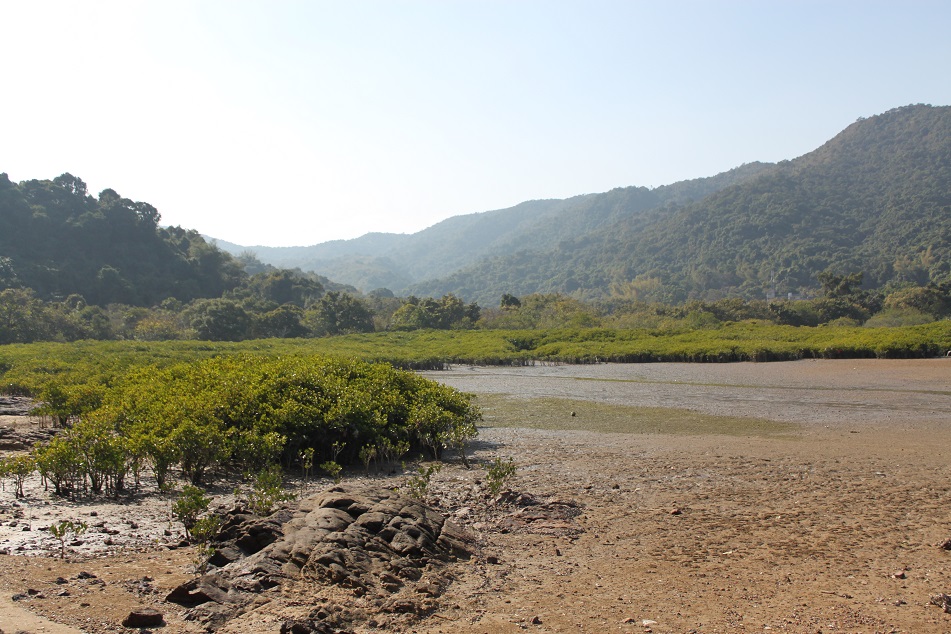 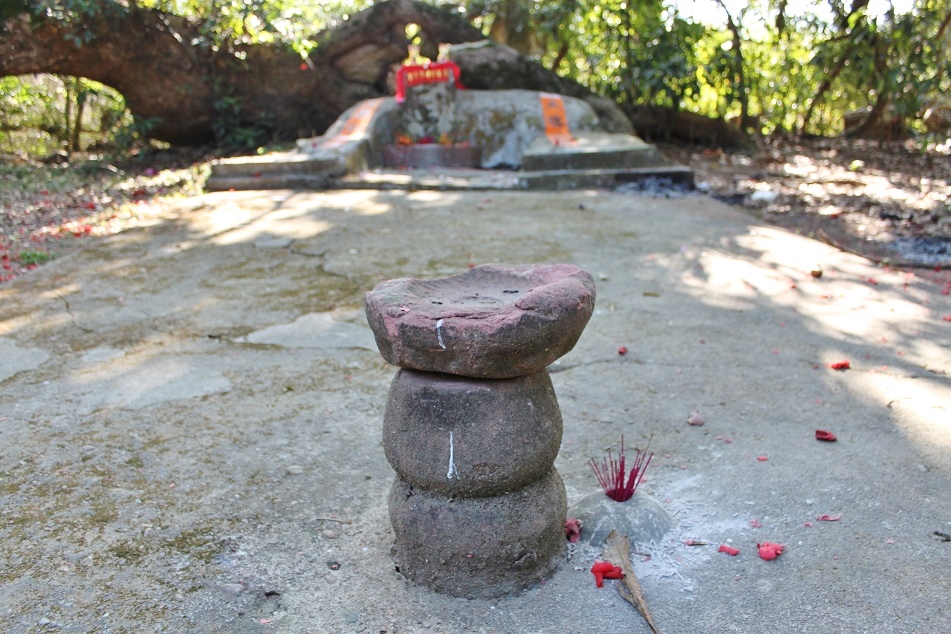 Ceremonial Stones before A Small Altar

A Shelter from the Sun 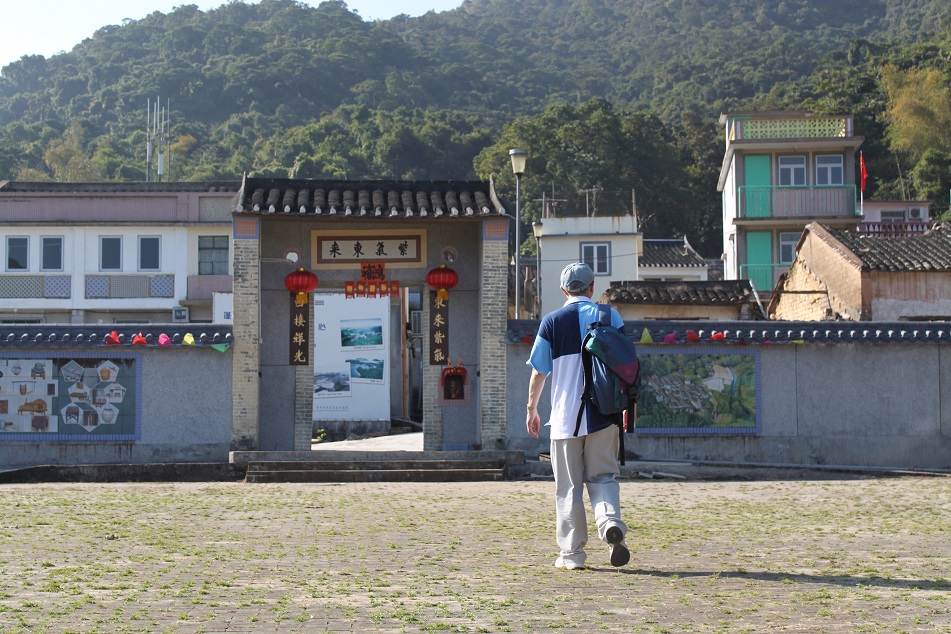 Entering the Main Gate of Lai Chi Wo

Some Parts were Crumbling… 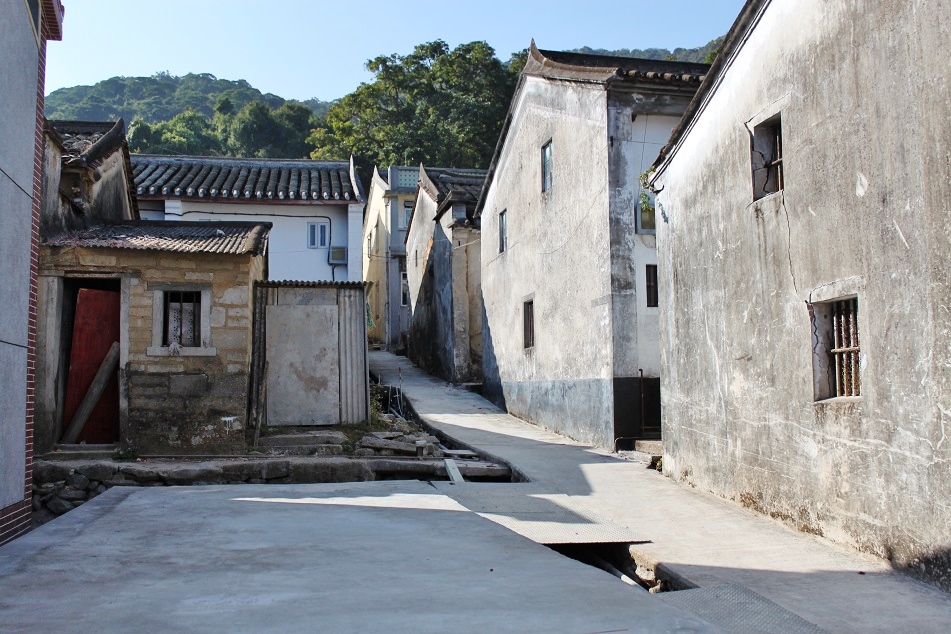 …and Some were Deserted

The ‘Hollow Tree’ in the Feng Shui Wood 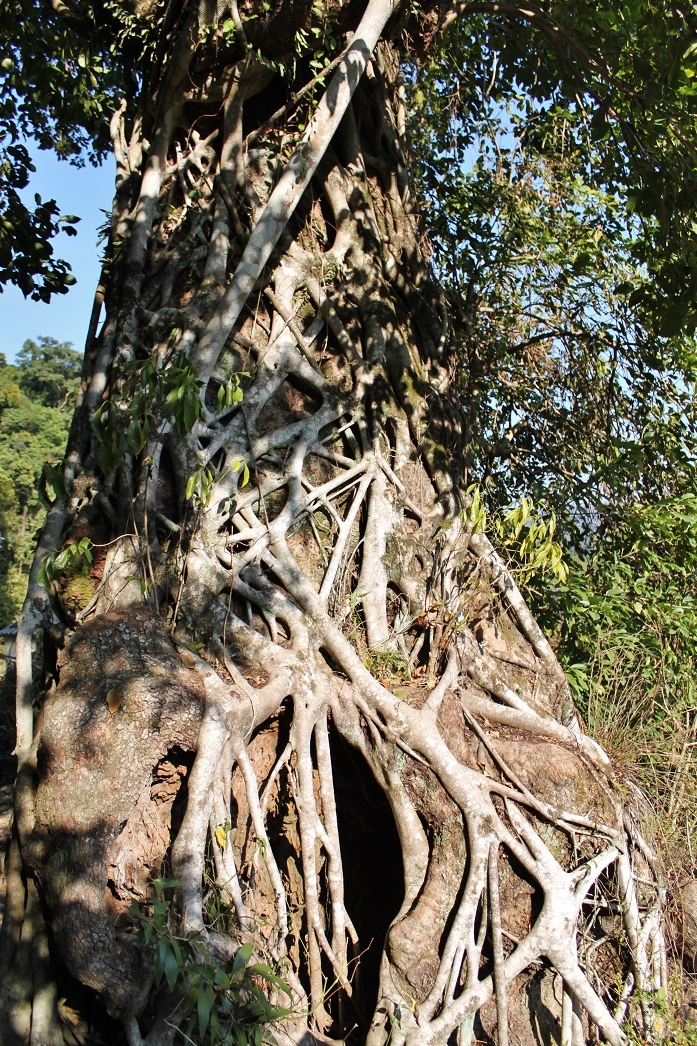 Peaceful Waters Near the Village 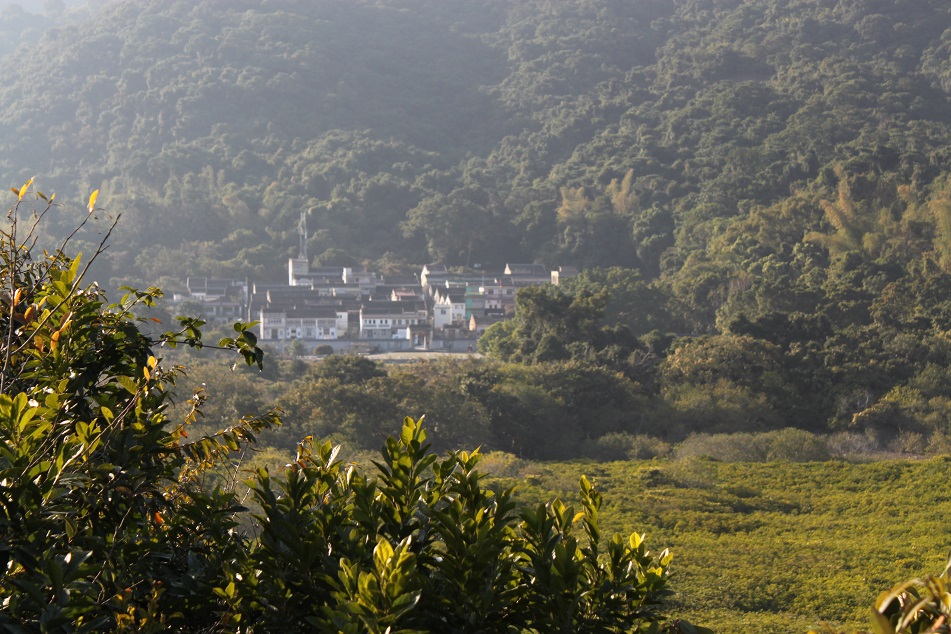 Bidding Goodbye to the Desolate Village of Lai Chi Wo

46 thoughts on “Lai Chi Wo: A Lychee Nest No More”