China, 1946. The World War II ended just a few months earlier, ending the brutal Japanese occupation on China. For decades the armed forces of the Republic of China and the Chinese Communist Party fought against a common enemy. But as soon as the Japanese were defeated, skirmishes between the nationalist Kuomintang and the communist forces engulfed China for years that followed.

Eventually the People’s Liberation Army successfully gained control of much of China, forcing the Kuomintang-led nationalist forces to flee to the island of Taiwan.

In October 1946 a baby was born in Guangzhou amid the dire civil war that was spread throughout mainland China. As the communist forces gained more grounds, the new Chinese leader, Mao Zedong, imposed strict limitations toward bourgeois families as well as religious groups, such an unfortunate turn of event for the baby as he was born into a Christian family. Then at the age of five he and the rest of the family sought refuge in the British colony of Hong Kong, escaping persecution they would have faced back home.

In the shantytown of Shek Kip Mei in Kowloon they later settled down together with thousands of Chinese immigrants escaping from the communist regime. However life in their new land turned out to be very challenging as resources were scarce, and the baby was not exempted from the hardship.

As if their lives hadn’t been miserable enough, on Christmas 1953 a huge fire destroyed much of the settlement, leaving 40 people dead and more than 50,000 homeless. Soon after the catastrophe, the then Hong Kong governor Alexander Grantham commissioned the construction of residential buildings on the grounds of the burned makeshift huts.

Eight blocks of new multi-storeyed buildings were completed and the immigrants soon moved to their new and more decent houses. Mei Ho House, or Block 41 as it used to be called, was where the two parents and their young son started a new chapter in life.

As the young man grew up he found his new interest and passion in musical films, and when he was 23 years old he started his career in the film industry as a script supervisor. Years afterward his career went anywhere but down. Becoming an assistant director two years after he started working in the industry and a director three years later, he gradually established himself as one of the finest and most promising directors in Hong Kong.

In 1993 the Asian director moved to the United States to seek better fortune and greater exposure to Hollywood. After struggling with some of his first movies since he moved to his new country, in 1997 finally he made a breakthrough with the blockbuster film Face/Off, starring John Travolta and Nicholas Cage.

As though he was following where the money went, in 2008 he moved back to Asia in the time where China was undergoing stellar economic growth and hosted its first Olympic Games. Soon he proved his prowess through his first film after leaving the US: Red Cliff. Portraying the events which occurred at the end of the Han Dynasty, the epic film became a box office hit not only in China but also in Asia.

Life started very challenging for him, but with perseverance he managed to become who he is today. And the man’s name is John Woo. 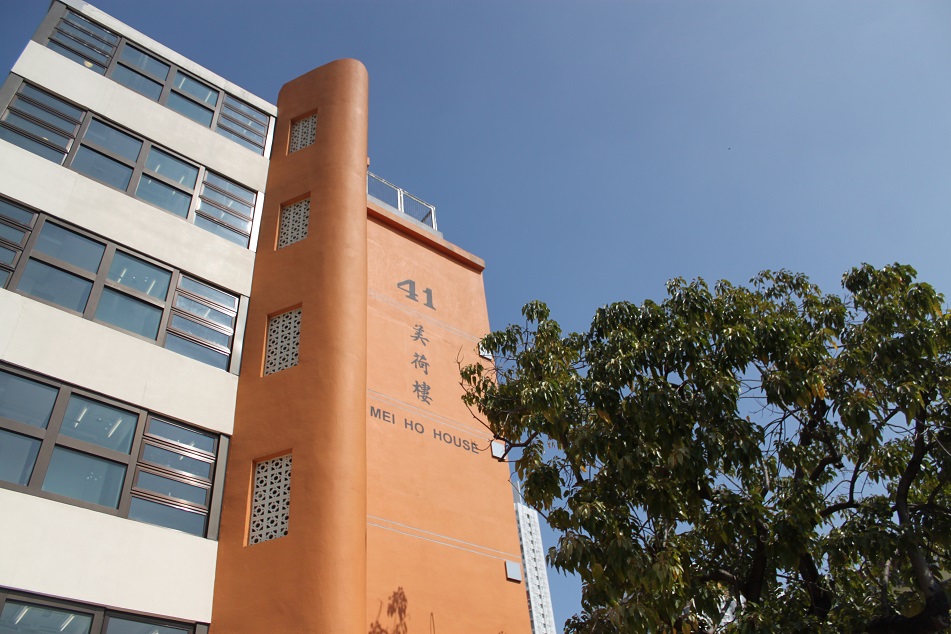 A Model of Mei Ho House in Its Early Years

Decades later seven of eight Shek Kip Mei residential buildings were torn down to make way for new housing developments, leaving Mei Ho House as the last one standing due to its historical values. Nevertheless the sole survivor was in the state of neglect until 2011 when renovation works were started to turn the derelict old building into a youth hostel and a museum.

Today the bright and clean building houses a museum that is modest in size but rich in information on the history of Hong Kong’s first public housing project. The first two floors are dedicated for showcasing relics from Shek Kip Mei’s past with artifacts collected from around the building and donated by former residents.

Different types of housing units, each fitted with tools and equipment from the 1950s, alongside with grocery shops filled with fake yet realistic models of food and goods people consumed back in the days give a glimpse of how the Chinese immigrants lived in their new land.

The preservation of such building not only gives its former residents a means to jog their nostalgic memories, but also provides others a window to look back to the past and learn. Because preserving history is invaluable. 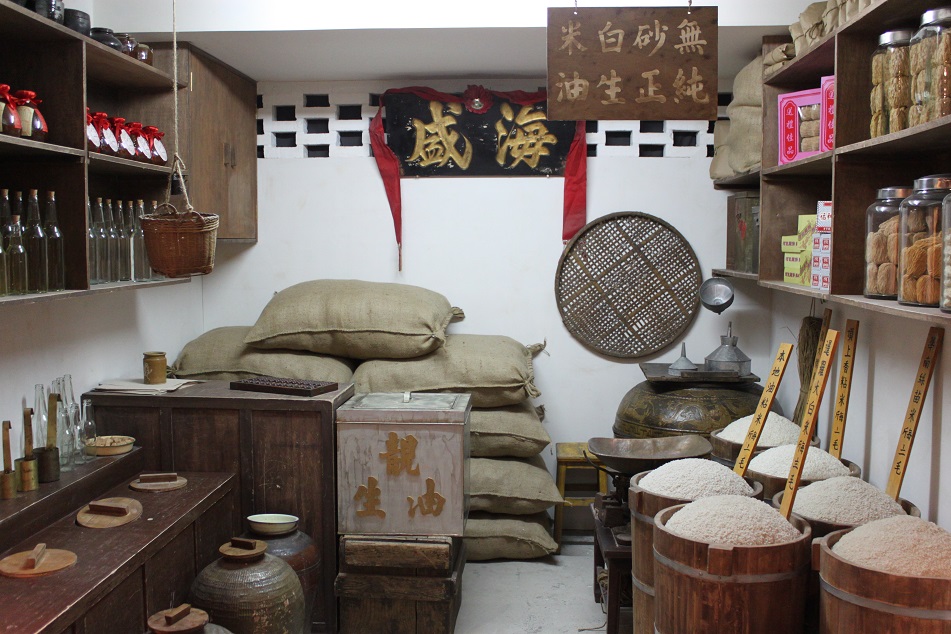 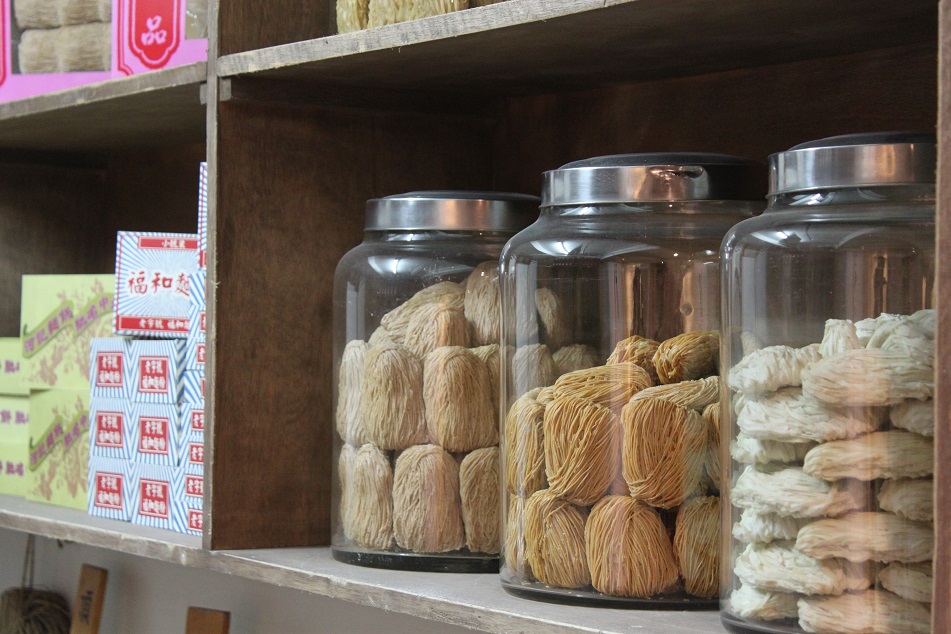 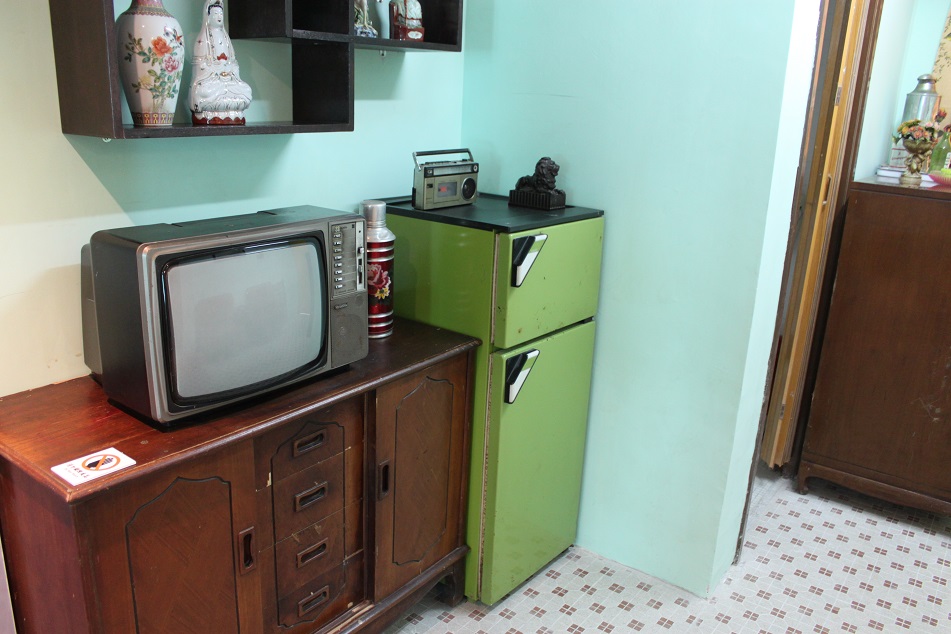 Vestiges of the Past

29 thoughts on “From Mei Ho House to the World”