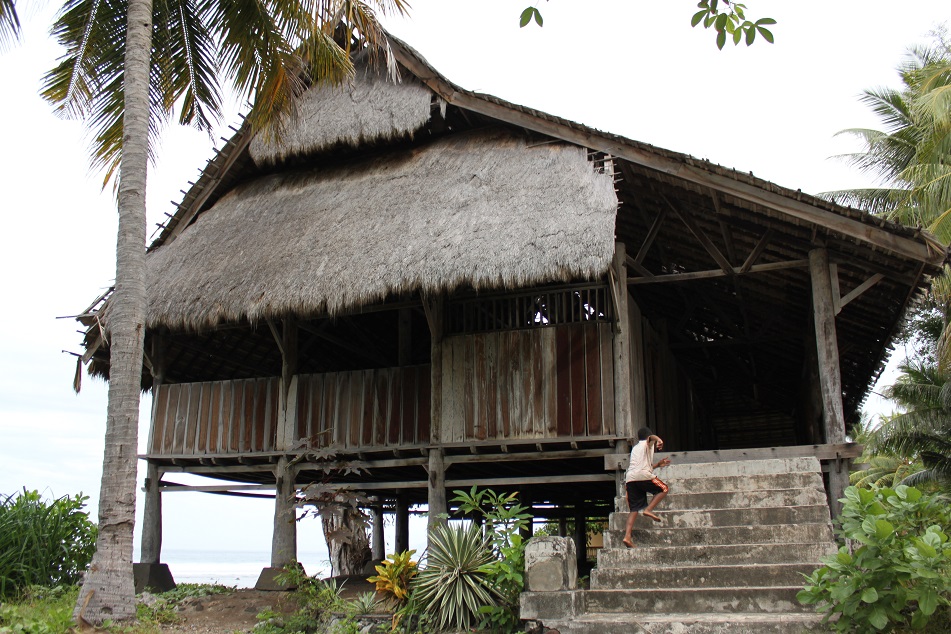 Dino skillfully drove the minivan through impossibly narrow roads, sandwiched between steep slopes and the southern beaches of eastern Flores, with patches of renovation work along the way to our destination. Sikka Natar was a sleepy beachfront village where only a little remained from the time when it was the political center of a kingdom controlling much of the eastern portion of the island. When the last king of Sikka died in 1954, however, the capital had shifted to Maumere in the northern coast.

Not far from where Dino parked the car a big timber structure built on large stilts stood in solitude. The silence was only broken by the sound of crashing waves and the giggles of two children playing football inside the derelict building. It was Lepo Geté, the former residence of Sikkanese royal family. Across the somber palace laid the tombs of some of Sikka’s deceased royal family members, clad in bright ceramic tiles with wooden crosses mounted on each tomb.

“In Flores people often bury the bodies of their dead family members in front of their houses,” Dino said and quickly added, “so when a ceremony is being held in the house the dead person’s spirit can join.”

In many parts of Indonesia animism is still widely practiced alongside with the religions that later came to the archipelago, and Flores is no exception.

“But the true benefit of burying the dead bodies in front of their houses is to prove their ownership of the property if a dispute arises many years later,” he explained.

Sikka Natar’s rich history is probably best seen today at its distinctive tenun ikat motifs. Tenun ikat, ‘to weave’ and ‘to tie’ respectively, or often simply called ikat is a traditional textile made by using both techniques to create woven dye-colored piece of cloth with motifs varying from one region to another. In Flores, Sikkanese ikat motifs are the most elaborate and difficult to make, according to Dino.

A group of local ladies, each wearing ikat sarung, gathered under leafy trees to demonstrate the steps of making a piece of the traditional textile. First, the harvested cotton was separated from its seeds using a simple wooden cotton gin. Then two women repeatedly and almost rhythmically smashed the seedless cotton with wooden sticks to soften it before spinning it into yarns. After that the process of making ikat motifs started.

Using dried sugar palm leaves, knots were made on the threads. No sketch, every single motif was imprinted in the women’s heads. Then the tied threads were colored by natural dye made from plants and dead corals found around the village. One shade of color required days to finish as dyed threads had to be dried before the process of applying other colors to create more shades started all over again. One shade at a time.

Once the dyeing process was complete, the loose threads were woven using traditional loom – a process which normally takes two weeks to complete. However the entire process of making an ikat sarung typically requires up to four months from scratch to a finished result, a long process demanding not only time but also dedication.

Sikkanese traditional motifs incorporate images conceived from animist traditions, including spider as the symbol of protection and eight-pointed star as an auspicious symbol for fishermen. However after the arrival of the Portuguese, crosses were strewn over Sikkanese ikat as Catholicism was gradually embraced by the locals. 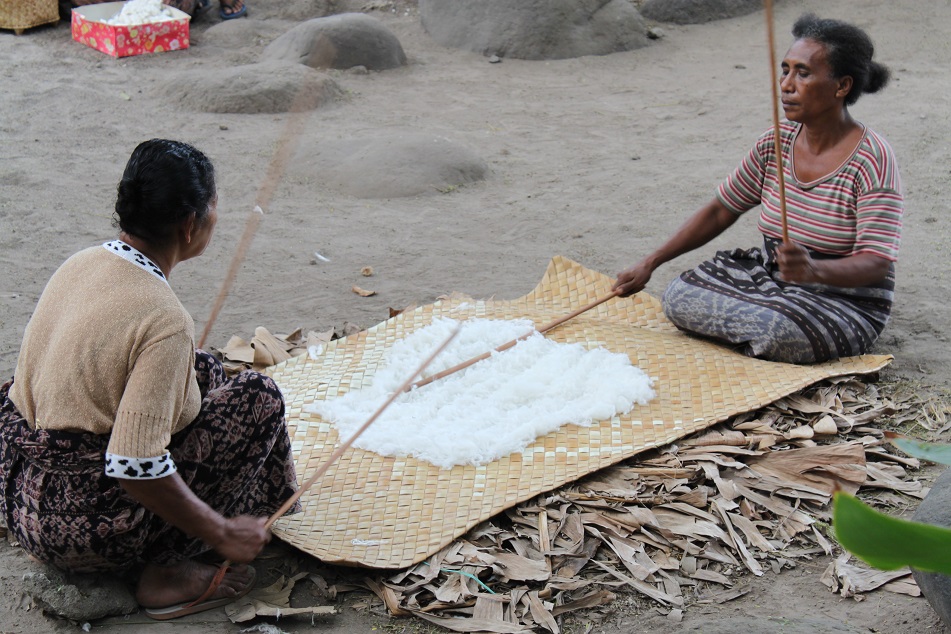 Softening the Cotton with Wooden Sticks 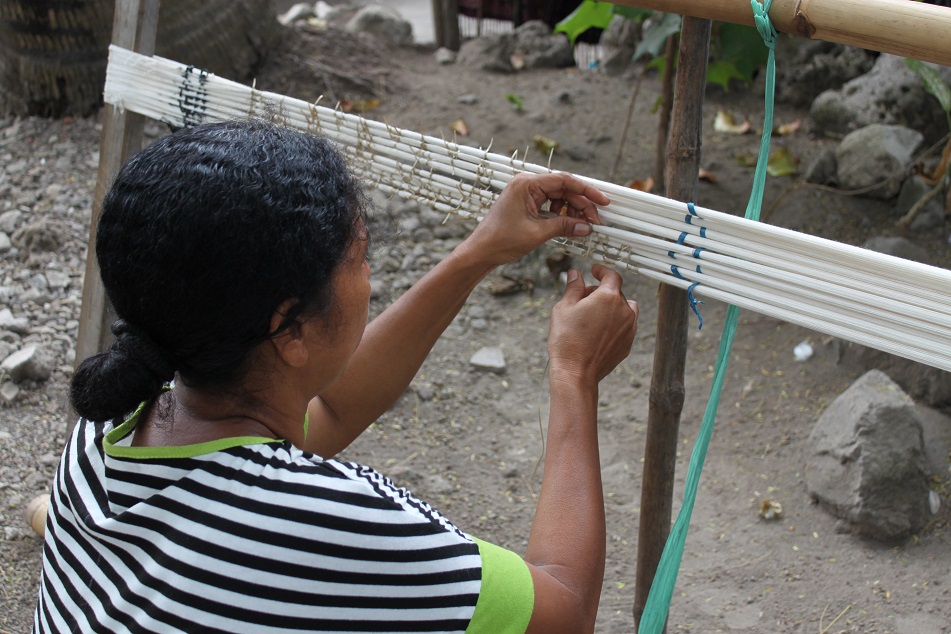 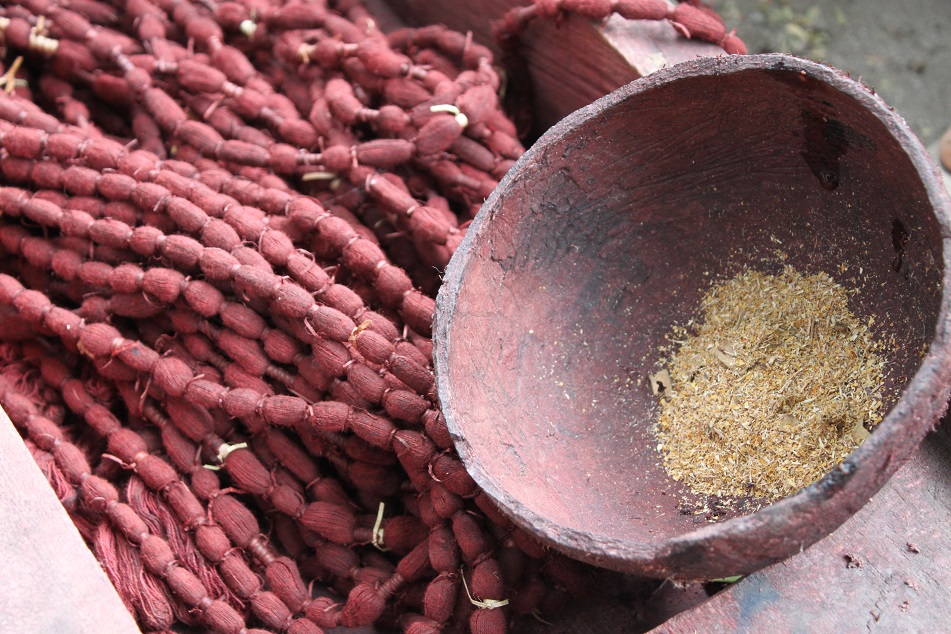 Mixing the Indigo Plant with Lime Powder in Water 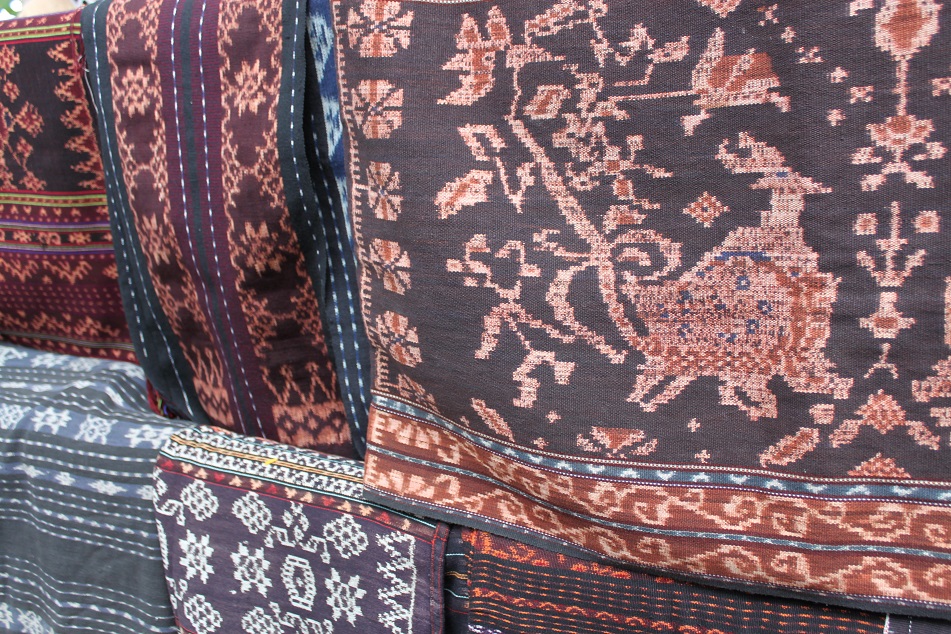 Sikka was one of the first regions in Flores where the Portuguese explorers, traders and missionaries set foot. Once called Nusa Nipa, ‘snake island’, thanks to its elongated irregular shape, Cabo das Flores, ‘Cape of Flowers’, was the name given by the Portuguese for the bright red color of blooming Royal Poinciana they saw on the eastern cape of the island. Today the eastern part of Flores still retains many aspects of its past European ruler.

“In eastern Flores people still use Portuguese names, such as da Silva, da Costa, Gomes and Lopez,” Dino said. “Meanwhile in central Flores people use Christian names and in western Flores the influence of the Sultanate of Bima can still be felt,” he added while referring to the once powerful Islamic kingdom based in the neighboring island of Sumbawa.

Portuguese influence on the local people’s belief in Sikka Natar was truly apparent on the village’s beautiful late 19th century wooden church. Its bright facade and red roofs hid the marriage between European and Sikkanese decorative elements: stained glass at both ends and painted ikat motifs on the walls bracketed by open windows, through which the sound of waves filled the solemn wooden structure.

The church stood still as a testament to not only the influence of a once powerful kingdom in eastern Flores, but also the fervency of a European nation sailing more than 14,000 km away to reach this remote corner of the world in search for the fabled spices from the east. 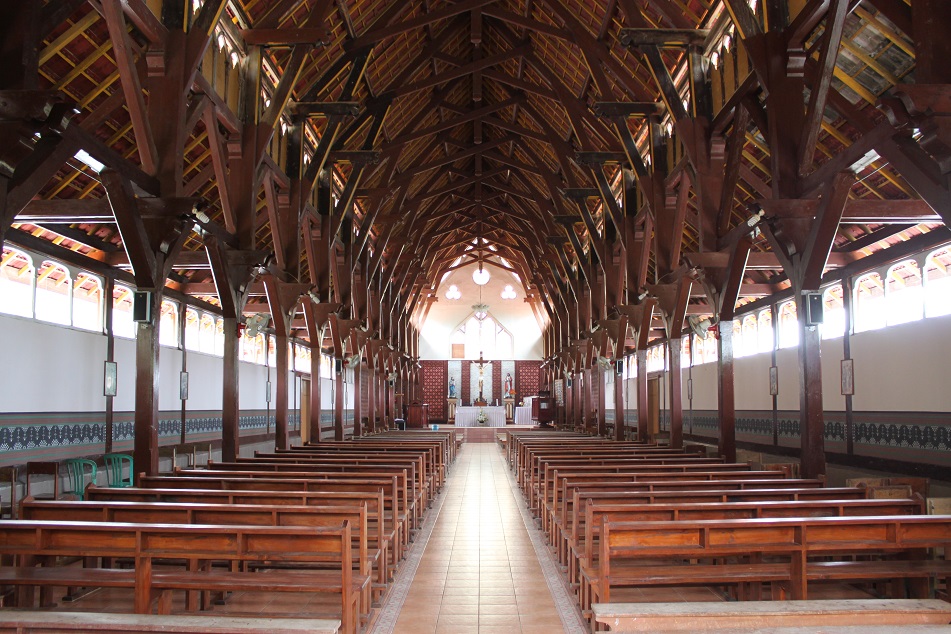 Beauty and Elegance in Simplicity 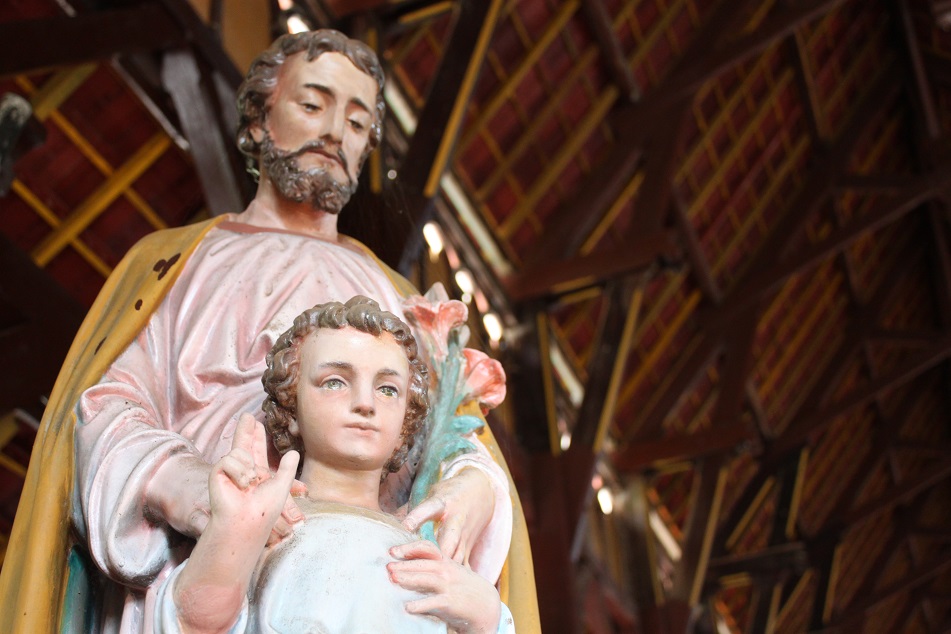 Ikat Patterns on A Corner

When Faith and Tradition Meet

Cemetery on the Church Grounds

44 thoughts on “Sikka: Traces of A Kingdom”