South Jakarta, Viewed from My Office

“I don’t want to work in Jakarta. Living there seems very stressful.”

Those were the words I said to my friends back when we were still in college in Bandung, a big city with temperate climate surrounded by mountains and hills in West Java. At that time my experience with Jakarta was merely short stays at relatives’ houses and visits to the city’s tourist sites, all resulted in an image of a sprawling megacity with gridlock traffic, sweltering humidity and hectic work pace.

However years later in August 2008, after an unlikely twist of events, I found myself moving to Jakarta, nicknamed the Big Durian after the fruit’s notorious smell, loved by locals but detested by foreigners.

One morning on my way to my old office by an old city bus – an ex-Japanese city bus exported to Indonesia – I noticed people’s grim faces. It didn’t take long for me to find out the reason: Jakarta’s 10 million population doubled during daylight as commuters from nearby cities flocked the capital to work, yet the city had no proper public transport system and many chose to drive their own cars, thus the perennial traffic congestion.

“In Jakarta people spend too much time on the roads.” A statement I have not only heard once or twice, but so many times from those commuters. In fact up to this day, many people spend more than four hours everyday commuting between the city and their homes. “Tua di jalan,” – getting old on the road – some say.

Nevertheless, people keep coming to Jakarta and its population growth remains in an upward trend from time to time. Its position as not only Indonesia’s capital but also the country’s economic hub guarantees a constant influx of money both from domestic and foreign investment which in turn keeps the demand of workforce from all levels high.

This year, however, Jakarta sees its first MRT line construction underway, which in future will go through the city’s main business district. It is one of many projects created to make the city more vibrant, competitive and most importantly, liveable. In its 487 years of existence, marked by the establishment of Jayakarta by Fatahillah in June 1527 after taking over the city from the Portuguese, Jakarta remains a magnet for people from all across the country who seek better opportunities.

But every year, during Jakarta’s anniversary celebration, Betawi culture – the culture of indigenous Betawi people which makes up almost 30% of the city’s inhabitants – takes center stage, a rare moment where they don’t feel like second-class residents, but the host of the celebration instead. Festival Palang Pintu in Kemang, South Jakarta, is one of the occasions where Betawi cultures, from traditional cuisines to dances, are best showcased.

Jakarta is an old city with multitude of challenges it has to deal with to keep its edge. An old city which soon enough will turn half a millennium years old. A city I call home for the time being. Happy birthday! 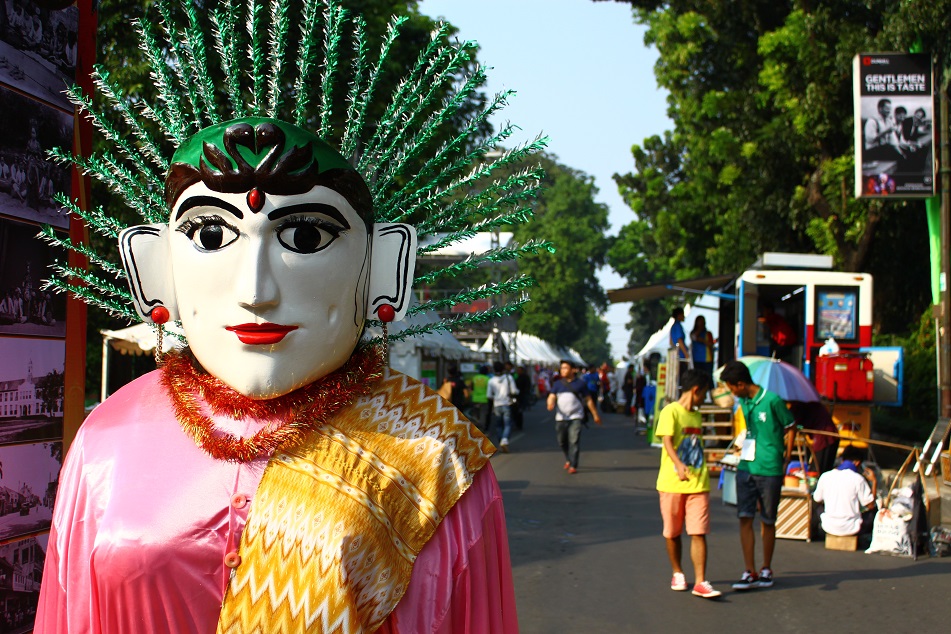 A Kerak Telor (One of Betawi Traditional Delicacies) Street Vendor

Waiting for the Main Show 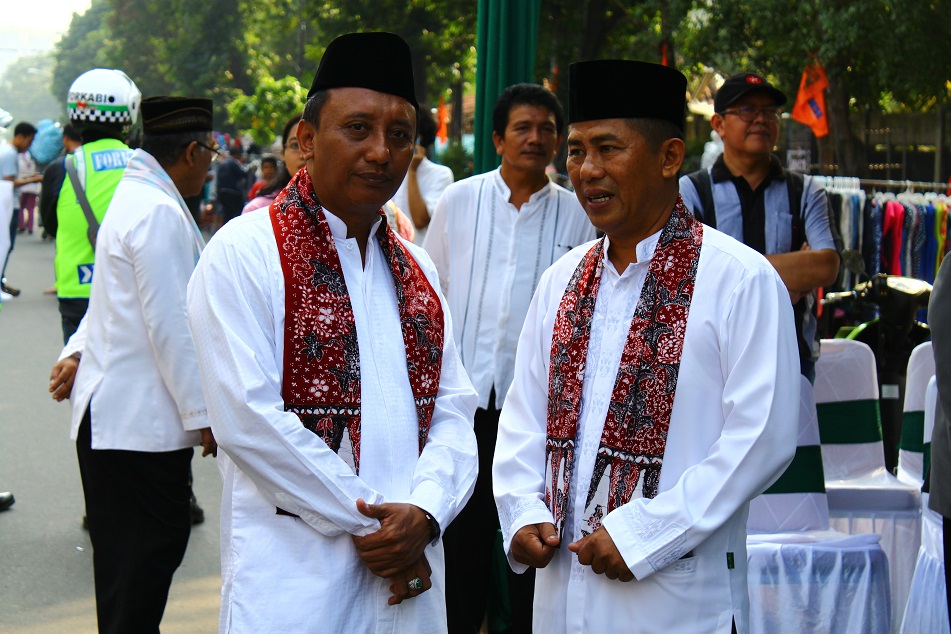 44 thoughts on “Anniversary of the Big Durian”