The Pool of Statues

A towering water fountain stands amid decorated pools, water flows from one pond to another, carps meander around beautifully-laid stepping stones, all under the beautiful morning sun and skies. As we enter the grounds of the water garden a pool welcomes us, rimmed by intricately sculpted statues of real and mythological beasts, and dotted with beautiful figures from the Hindu epic of Mahabharata. Meanwhile lush forest, rice paddies and springs surround the man-made garden, enveloping it with peace and serenity.

Tirta Gangga, named after tirta – blessed water – and Gangga – from the holy River Ganges in India, was another brainchild of I Gusti Gede Bagus Jelantik (Anak Agung Agung Anglurah Ketut Karangasem) who was also responsible for the construction of Taman Ujung Sukasada. Exploiting the abundance of water and picturesque landscape near the village of Ababi in eastern Bali, the last king of Karangasem who was fond of water gardens commissioned the work for Tirta Gangga in 1937. Not only supervising it, the king himself purportedly took part in the hard work, standing in mud digging out earth. It took eleven years for the new water garden to be completed.

Flowing water’s soothing sound has always been believed to help create a state of peaceful mind and body. This was probably the very same reason for the king to build multi-layered fountains in Tirta Gangga, apart from his penchant for the beauty of nature. Its centerpiece is Nawa Sanga, an 11-storeyed fountain tower at the heart of the water garden’s central pond, encircled by eight statues guarding the eight directions. At its bottom water flows down to a nearby pool often used today by children to swim and play.

Faced by the same wrath of Mount Agung that destroyed Taman Ujung in 1963, Tirta Gangga was then rebuilt many years later, even though the end result does not quite resemble its past look. New additions to the water garden include the Naga (dragon) bridge and barong statues, still adhering to Balinese and Hindu cultures and values nonetheless.

Today Tirta Gangga remains a peaceful sanctuary, not for Balinese royal families but rather for travelers who seek Bali’s more quiet setting, far from the center of mass tourism industry engulfing the southern part of the island. The locals, however, see Tirta Gangga in a different way. It provides the water they need for religious ceremonies, crucial to keep the universe in balance according to Balinese Hindu tradition, and keep their village safe from the exalted and unpredictable Mount Agung. 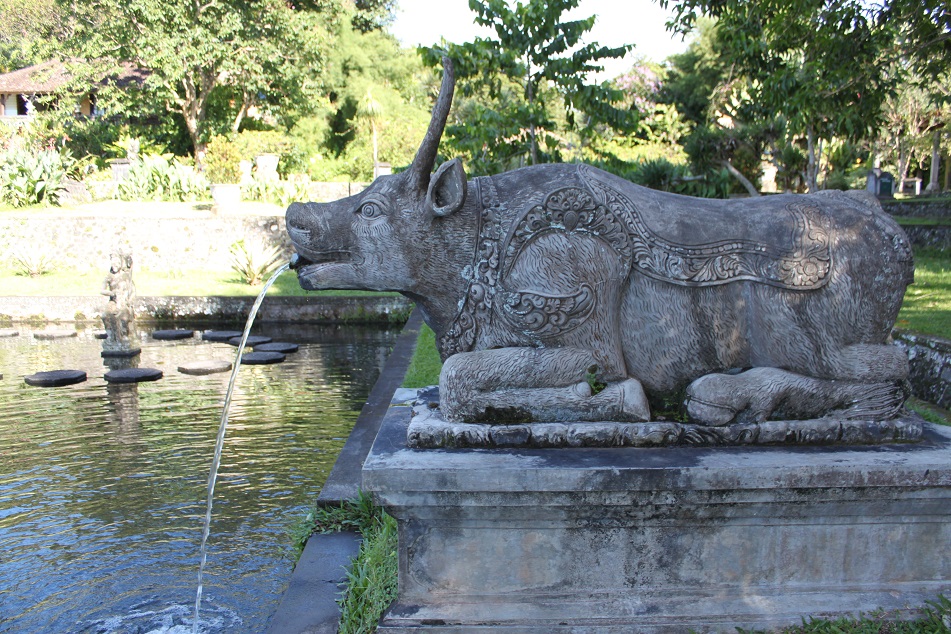 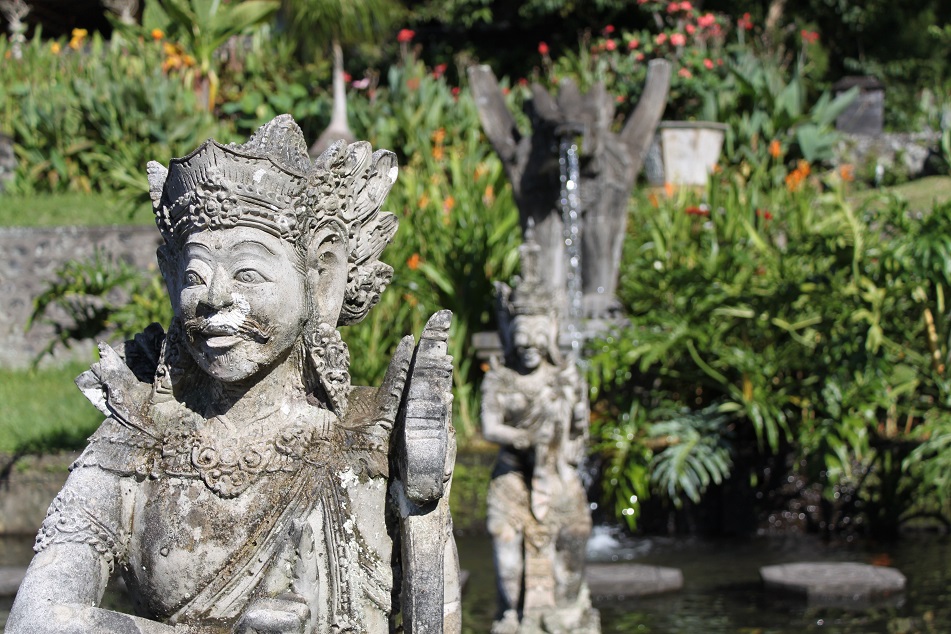 A Character from Mahabharata

A Carp Swimming around the Stepping Stones 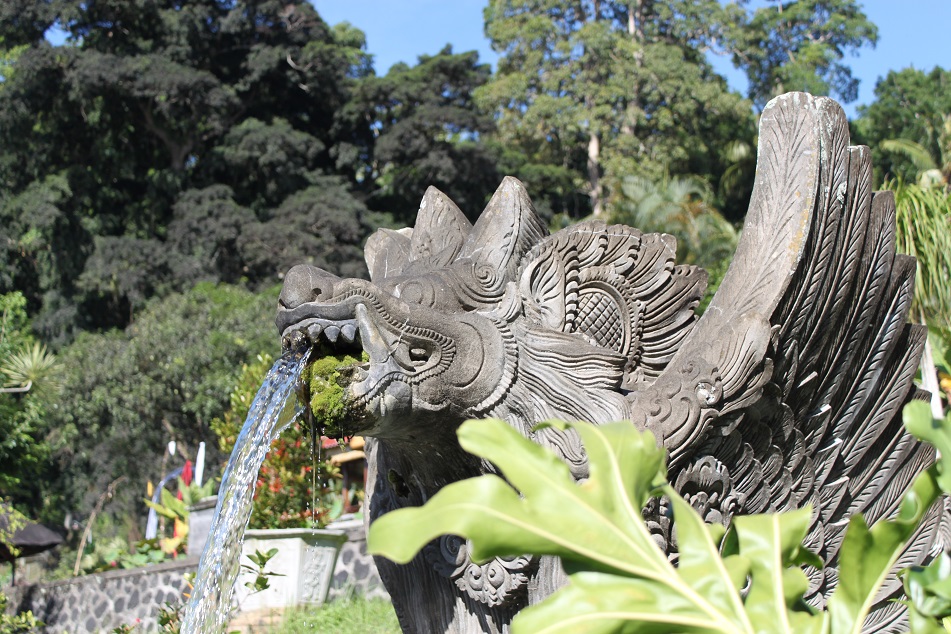 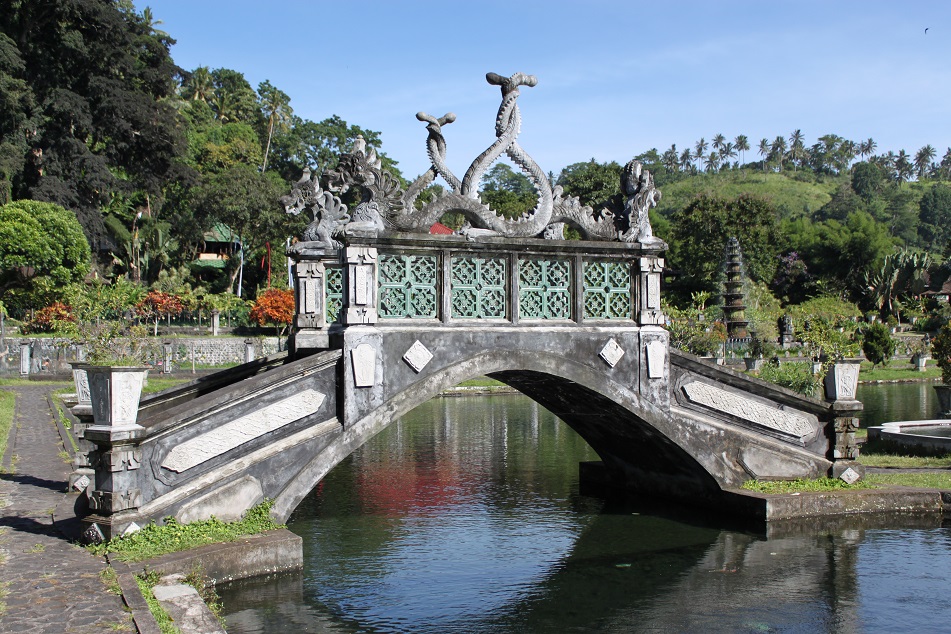 A Place to Find Peace

38 thoughts on “Peacefulness by the Water”