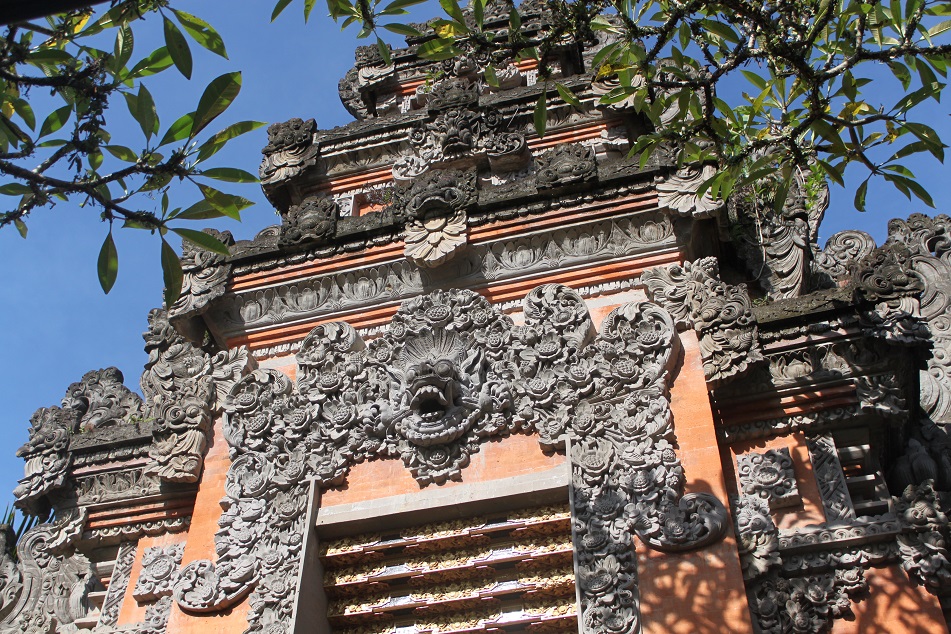 We walked through a small alley, lit only by a few lamps mounted on a fence. While passing a small tree something suddenly fell on my head, too heavy to be an insect but too light to be a snake. I bowed my head, shook it and used my hands to get rid of the animal. It stayed on my head. I shook even harder until a tiny slimy creature fell from my head onto the brick-paved walkway, only to jump a few seconds later into thick bushes. A frog had fallen on my head for the first time, an excitement I could not hide since it was a sign of a living and healthy Ubud.

One day earlier upon arriving at our hotel just before midnight, a tiny pale green light was spotted by my sleepy eyes, flashing amid the trees – a sight I hadn’t seen in more than 10 years. It was a firefly flying over the small garden of our hotel, a very nice welcome to my first night in Ubud. No more raunchy street scenes of Kuta or glistening upscale boutiques of Seminyak – places where I stayed on my previous trips to Bali. The fresh air of Ubud and orchestra of toads, crickets, and other nocturnal critters alongside with trickling water assured me that it was not only going to be a vacation, but also a mental and physical retreat.

The next morning we awoke to a bright day with clear blue skies and Mount Agung – Bali’s highest volcano – lurking from afar. Off the main road of Ubud, a small path leading to the increasingly popular picturesque trail at Campuhan Ridge, cutting through a sacred hill called Bukit Suci Gunung Lebah. Along the trail lush forests, puras (Balinese Hindu temples), local residents’ houses and rice paddies dominated the view – an introduction to the famed Balinese bucolic scenes.

Sweat drops started falling from our faces as we ventured even further into the countryside – it was not even 9am but the tropical humidity was beginning to take its toll. Another 1.5 hours and we’d be back in downtown Ubud, or so we thought; only after 4 hours after we started did we manage to reach the center of Ubud. We had unintentionally taken a big detour but it proved necessary as we would indulge ourselves in scrumptious Balinese cuisine, abundant with refreshing herbs and spices. 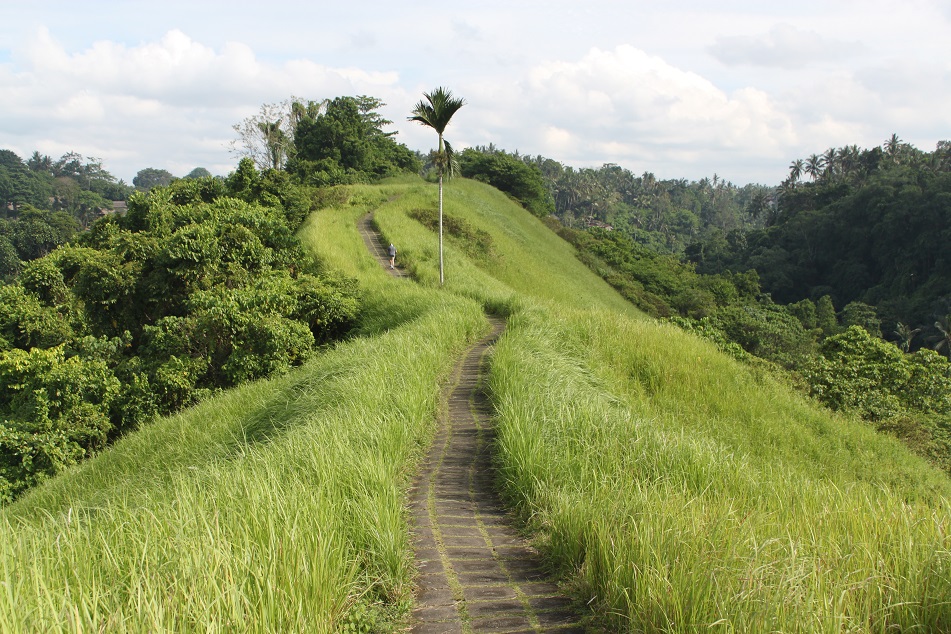 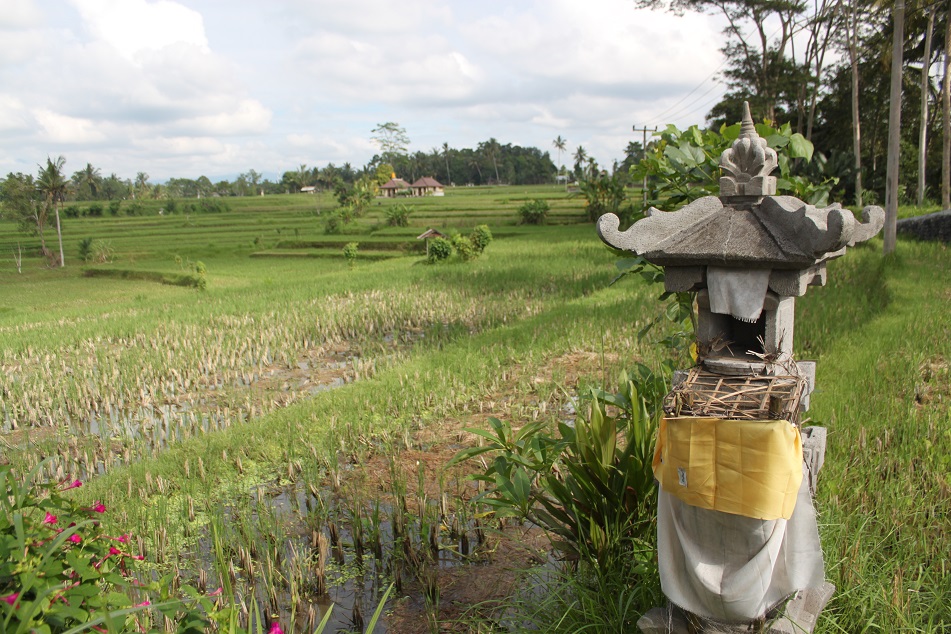 A Spirit House amid Rice Paddies

A Small Temple in Ubud’s Countryside

Cars shared the narrow streets of Ubud with motorbikes, zigzagging at an intersection in an otherwise quiet neighborhood. Here stands Puri Saren – the residence of Ubud royal families – distinguishable from other buildings nearby by its elaborate carvings. Right across the street is the town’s main wantilan – where locals perform and gather for other purposes – a shaded pavilion with layered roofs where tourists go every night to watch the refined performances of Legong and Barong dances.

Ubud embraced modernity, as did Kuta. But the former has been relatively more successful in retaining its culture and traditions, while the latter is now infamous for drawing more party-goers and booze-lovers than any other part of Bali. Cafés, restaurants, a traditional market, boutiques, wantilan, puras and museums line the streets of Ubud, adding colors to one another rather than overriding each other.

Under the cloudy skies, James and I walked faster to seek refuge from the drizzle, occasionally spotting local Balinese in their best traditional costumes, riding motorbikes with another family member. One, two, three mother-and-son pairs rode hastily before the rain grew heavier. Earlier that day a man told us about a religious ceremony being carried out at the center of Ubud, but we didn’t ask him its name. I assumed they were rushing to that ceremony.

Museum Puri Lukisan is a large enclosure in which lush tropical gardens fill the space between each building – such an impeccably scenic and serene location for various Balinese paintings to call home. Ubud’s oldest museum houses a wide collection of the island’s rich and diverse styles of paintings depicting the local people’s beliefs and culture, protecting one main aspect of the Balinese artistic landscape. The lack of humidity-controlled exhibition chambers, however, made me worry for the long-term protection of the delicate old fabrics.

Mother and Son Heading for a Ceremony 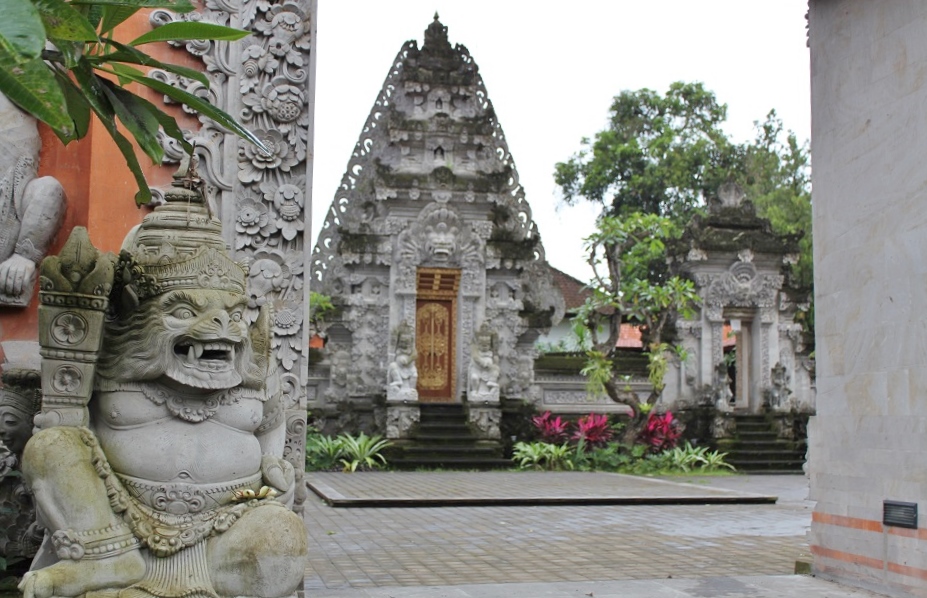 Inside Puri Saren or Ubud Palace 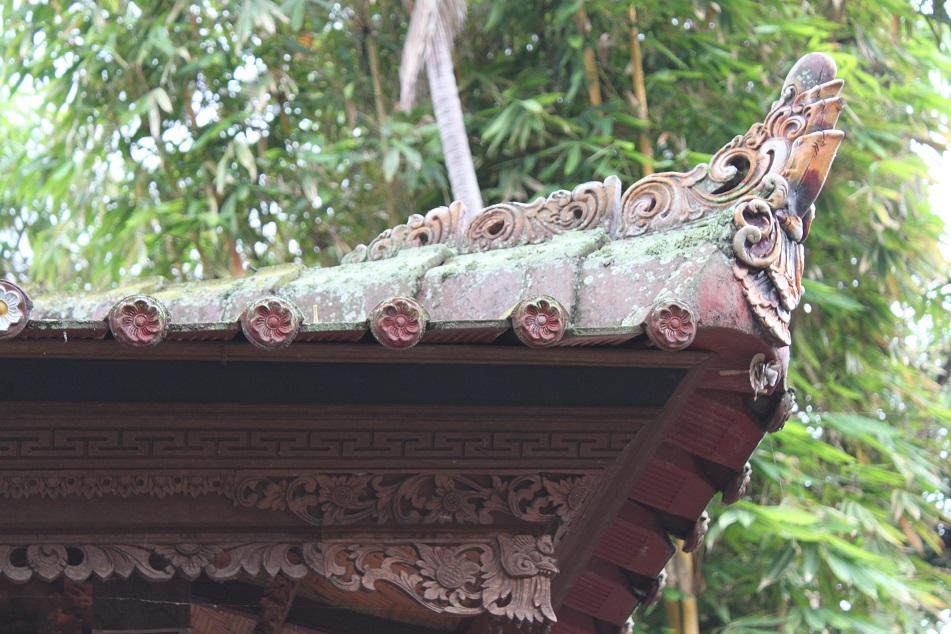 Off Limits to the Public, An Area inside Puri Saren

A series of sounds created by the unmistakably Balinese musical instruments of the small gong and cèng-cèng – Balinese cymbals – faintly broke the afternoon’s silence. Curious with what I heard I dashed towards the entrance of the museum to get a better view of the commotion. Men in white costume, some playing both instruments alternately, walked on the wet streets of Ubud, alongside women in brightly embroidered costume and their children. They didn’t seem deterred with the weather, carrying out what we found out the next day to be a religious ceremony held twice a year by Balinese Hindus. Hundreds of Ubudians flocked the streets, taking part in the procession. Outnumbered, tourists flocked to the pavements, adding to the afternoon’s festive atmosphere with the sound of camera shutters.

Walking slowly westward, they moved away further from the city center, leaving admiration among curious visitors for the scene of Balinese adherence to their culture and tradition a few moments earlier. All happened in a place where many found that Bali’s true soul actually resides.

The darkness fell, blanketing Ubud with tranquility again and awakening night critters to take the stage and create their own orchestra amid the sound of constantly trickling water.

Young and Old in Their Best Costumes

Children in the Procession 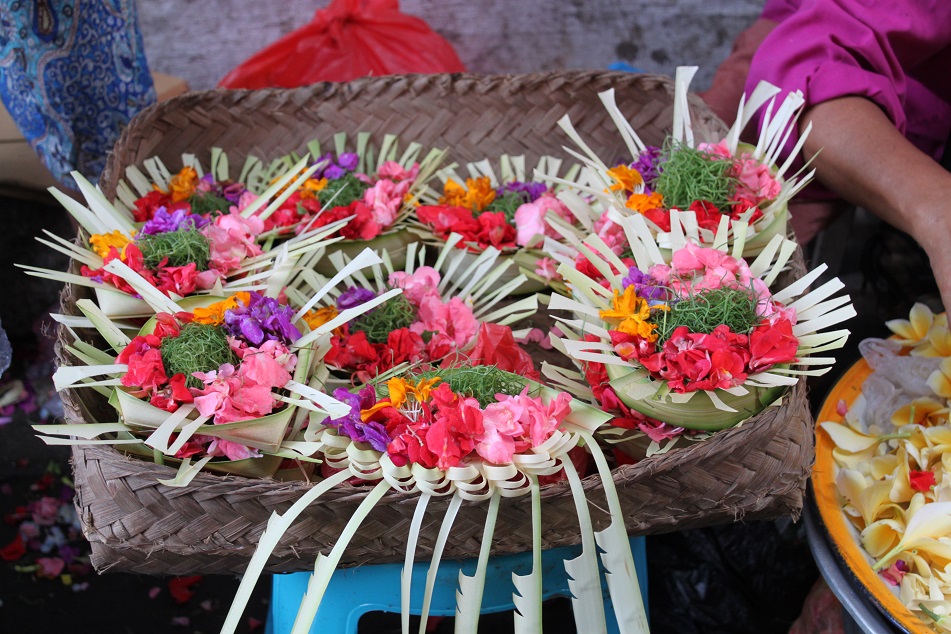 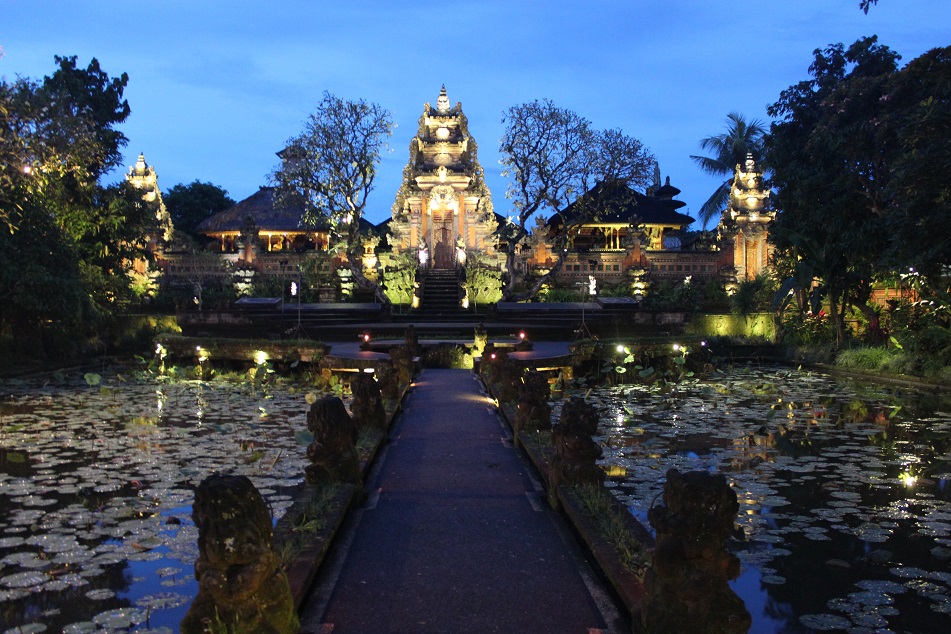