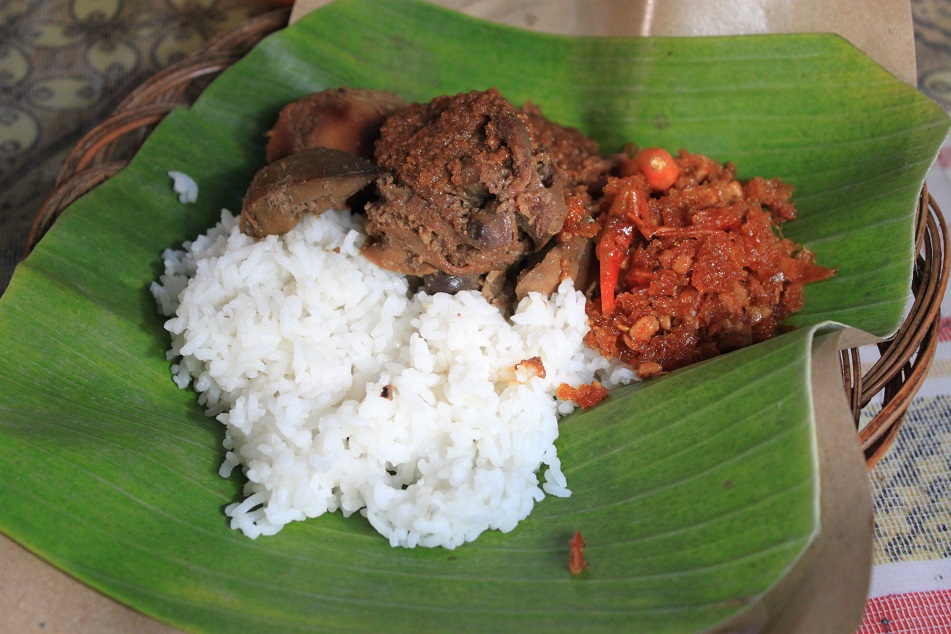 The ancient Hindu and Buddhist temples of Java are still the biggest draw for most visitors to Jogja. Arguably the Javanese cultural capital, the city boasts some of the biggest and most elaborate ancient temples in Indonesia, and perhaps even the world. On my latest visit to the land which happens to be where my maternal ancestors are from, I made a detour from the major tourist trails.

Gudeg Yu Djum was the first place I visited. Nestled among other houses in a dense residential part of the city, a lot of cars were parked in an area where a single car could barely fit the narrow alleys. It is not surprising though why many people opt for this place to enjoy their gudeg. The traditional Javanese dish which is made from young jackfruit stewed with palm sugar and coconut milk and served with boiled egg – cooked with shallot, garlic, coriander seed, galangal, bay leaves, and teak leaves – and krecek – a dish made from cow’s skin, is ubiquitous in many corners of Jogja. However Gudeg Yu Djum was the most delicious that I have tasted by far.

When the day got hotter and the sun had already risen high above my head, I went to Taman Sari with Alexander and Detta to explore the former retreat of past Sultans. Located on the walkway to the entrance of the compound, a jamu vendor caught our attention for the rows of big glass bottles filled with brownish liquid. Jamu is a traditional Javanese herbal medicine which, according to some claims, dates back to more than 1300 years ago. One that I really like since I was little is jamu beras kencur, made from sand ginger and rice, which can unexpectedly be a fresh thirst quencher. My father himself who has type 2 diabetes still regularly consumes another variant of jamu which is made from mesoyi (a plant species closely related to cinnamon), ginger, cardamom and other ingredients.

Jogja might not be the first place which pops into most people’s minds when it comes to beaches. However we decided to go south, to the fabled southern Java beach of Parangtritis.

On our way, we couldn’t resist the urge to drop by another restaurant which can only be reached by private cars and motorbikes as no public transport goes through this rather remote part of Jogja. A plate of fried free-range chicken, a pod of fried stink bean, and a hefty dose of spicy sambal proved to be a simple lunch we really needed after exploring Taman Sari a few hours earlier.

“Do you want to have pecel Baywatch after this?” Alexander asked me.

“Does it come in big portions?” I wondered how much more food I could take right after the lunch. “But why is it called Baywatch?”

Apparently the owner, a very old woman called Mbah Warno, often wears a sleeveless and slightly revealing outfit to make her comfortable working in the kitchen in the hot and humid climate of Jogja. It was unclear who started to use the nickname, but today people know her pecel – boiled vegetables served with peanut sauce – as pecel Baywatch, after the famous TV series.

Only a few minutes from the place where we had lunch, Mbah Warno’s restaurant is actually her own modest house. Her assistant helped her in the kitchen, which was located outdoors with two wood-burning stoves. Later I found out that she had to move the kitchen outside her house after the 2006 earthquake which rattled Jogja and destroyed many buildings, including Mbah Warno’s kitchen.

After finishing the delicious fried eels and pecel, we continued the journey south with full stomachs. 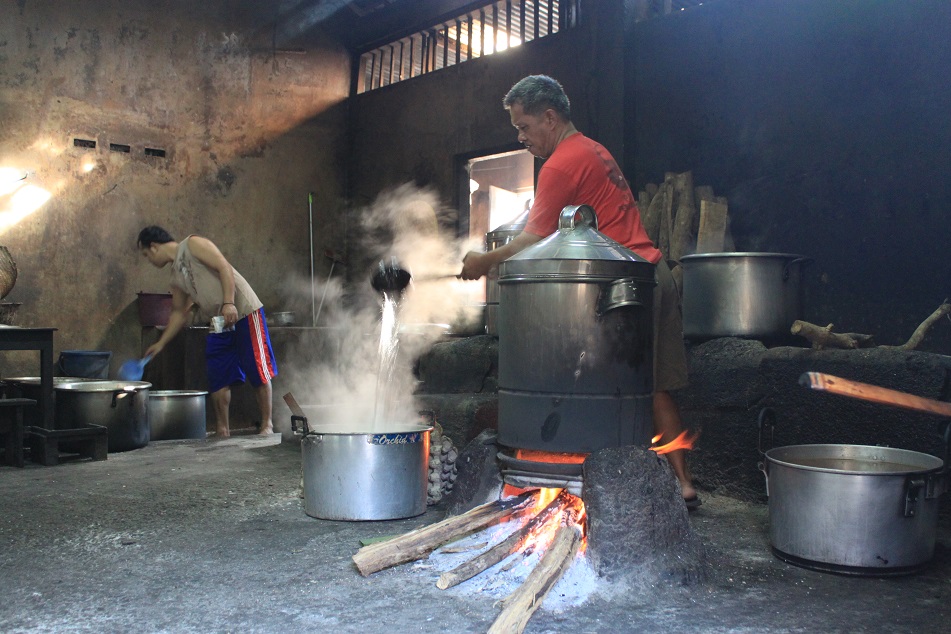 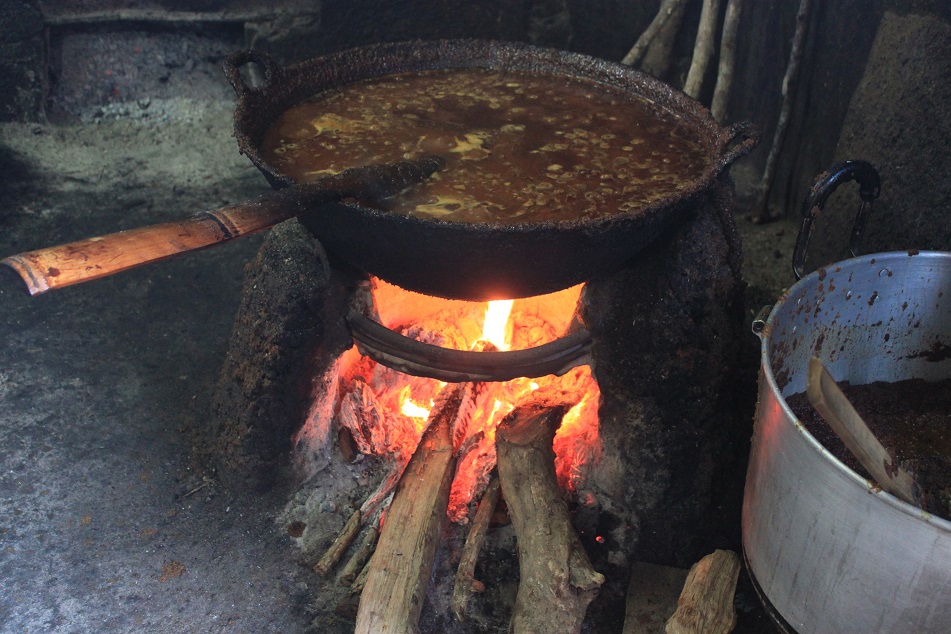 Cooking with Firewood in the 21st Century 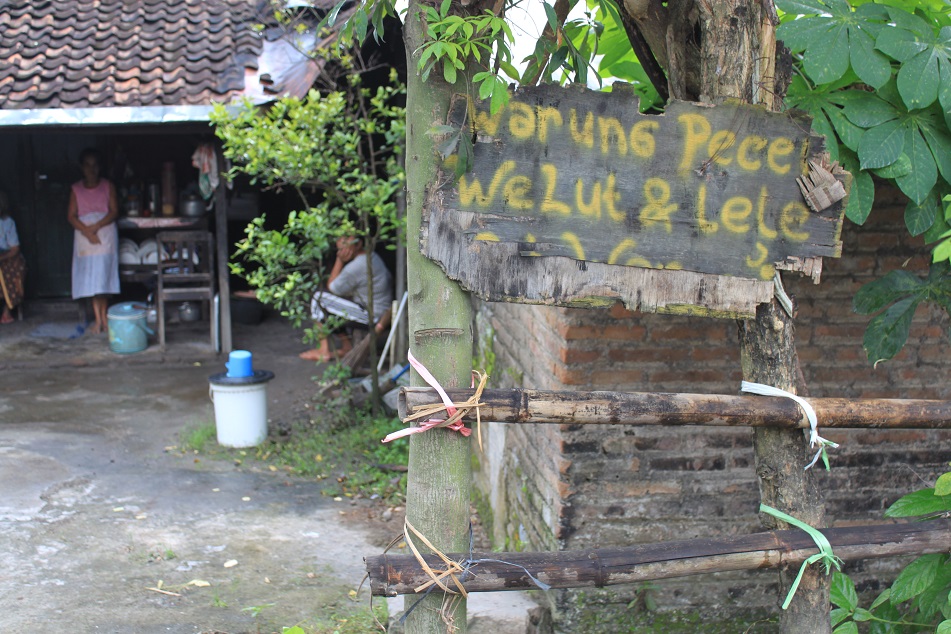 Generously Battered in Flour Before Deep-Fried

One hour later, just before arriving at the beach, we made another detour to an area where an expanse of volcanic ashes created dark dunes. It was quite a surreal place and reminded me of the sea of sand at Bromo-Tengger-Semeru National Park. It turned out that this location had been used as the setting for various TV commercials.

On a small restaurant, a board was written with some information on the price for several things. Sewa kuda – literally horse for rent – was on the first line, providing a horseback ride for those who think the dunes are too tough to walk. Then something else caught my attention: sewa kambing – goat for rent. There is no way an adult or even a teenager can ride a goat because the poor animal would be too small. But then Alexander clarified that the goats are meant only for a photo op, not to be ridden.

Parangtitis Beach is not the most beautiful in Java, let alone Indonesia, but it has been an integral part of Javanese culture as some believe that it is where Nyi Roro Kidul (The Queen of the South Sea) resides. She is well-known for her mystical power and beauty which is said to have lured young men to go further into the sea and drown. In Pelabuhan Ratu, a small town in West Java, a hotel even dedicates a room only for her; one that can never be booked by other guests.

However there is another scene in Parangtitis which lures many men to come to this desolate part of Java. From the volcanic ash dunes to the beach, numerous small and dingy karaoke bars lined both sides of the road, each attended by at least one young woman who didn’t look anything like your typical girl next door.

It was so sad to know that some people have to earn money in such a way due to their dire economic conditions. However the scene then changed into a vast expanse of blackish sand with beach bushes covering some parts of it. On the far side of the beach, a huge crowd flocked along a tiny strip of the beach where families and friends gathered to have good times of their own, despite the cloudy sky and rough waves.

A few minutes after strolling the more deserted part of the beach, we left the thundering sound of the merciless sea behind and prepared ourselves to go back to the city. A few horse-drawn carriages passed us by, filled with happy families while a few meters away some young women called the sleepy brothels their homes, awaiting the arrival of nightfall. 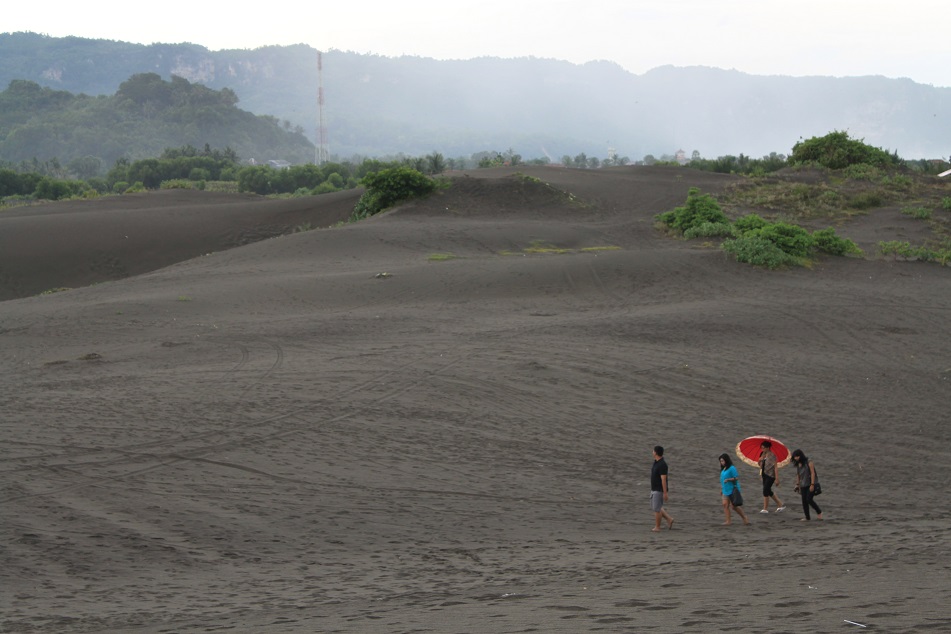 The Sand Dunes in Southern Jogja 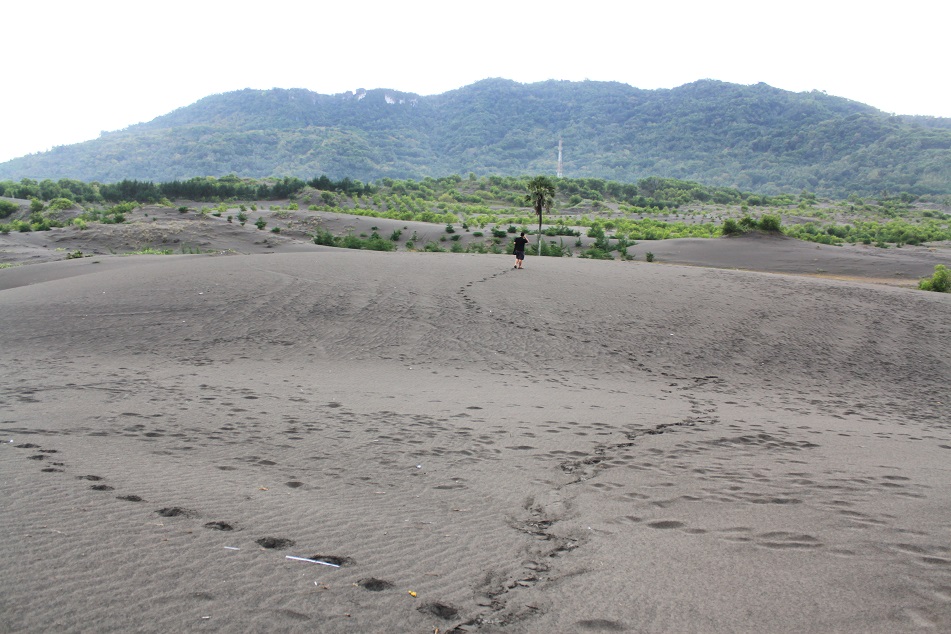 The Mystical Southern Coast of Java 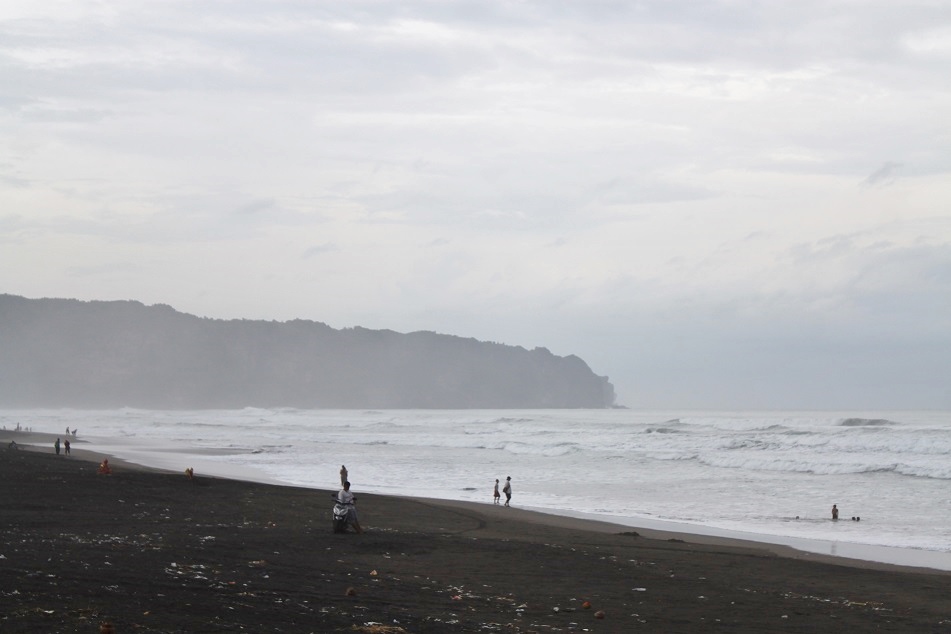 The Rough Sea of Jogja

68 thoughts on “A Day Without Temples in Jogja”