Massive waves break onto a narrow niche on a limestone cliff, producing a dramatic swash with a merciless, thundering sound. A thin wisp of ocean spray dampens everything on the shore. Devil’s tears, aptly named for its daunting showcase of Mother Nature’s raw power on the eastern shore of Nusa Lembongan, is violently beautiful.

Not far from it, Dream Beach is a place to unwind while witnessing the relentless force of the Indian Ocean. I soak my body in a swimming pool overlooking the beach, a picturesque narrow strip of white sand with big tides. A man in his 20s wearing flashy red swimming trunks jumps excitedly onto the coming waves, acting as though he’s a superhero. A big grin is splashed across his face, spreading also on mine.

Nusa Lembongan is a completely different world from her bigger sister, Bali. Separated by a narrow strait less than 10 km wide, she is often preferred by visitors seeking refuge from the crowds of Bali’s more popular beaches. According to a survey conducted by Tripadvisor in early 2013, the island is listed second on a list of Asia’s best islands, trailing only Koh Tao in Thailand.

Alexander and I are visiting Nusa Lembongan after completing a project in East Java, and we are the only Indonesian visitors on the island. Curiously, on the ferry from Sanur in Bali, we meet a couple who had flown all the way from Catania, Italy to visit this part of the world, so far removed from their home.

The Dramatic Swash at Devil’s Tears 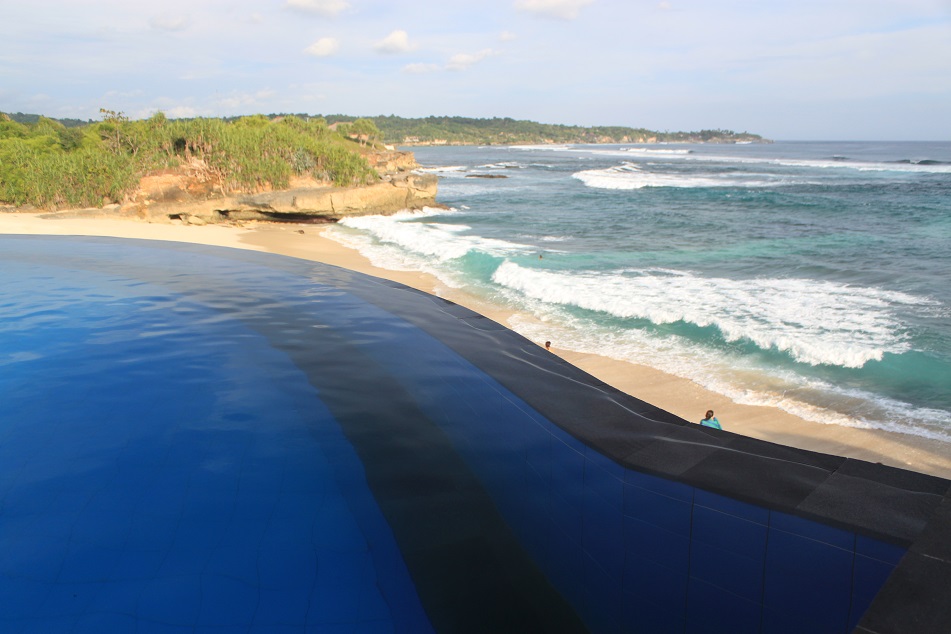 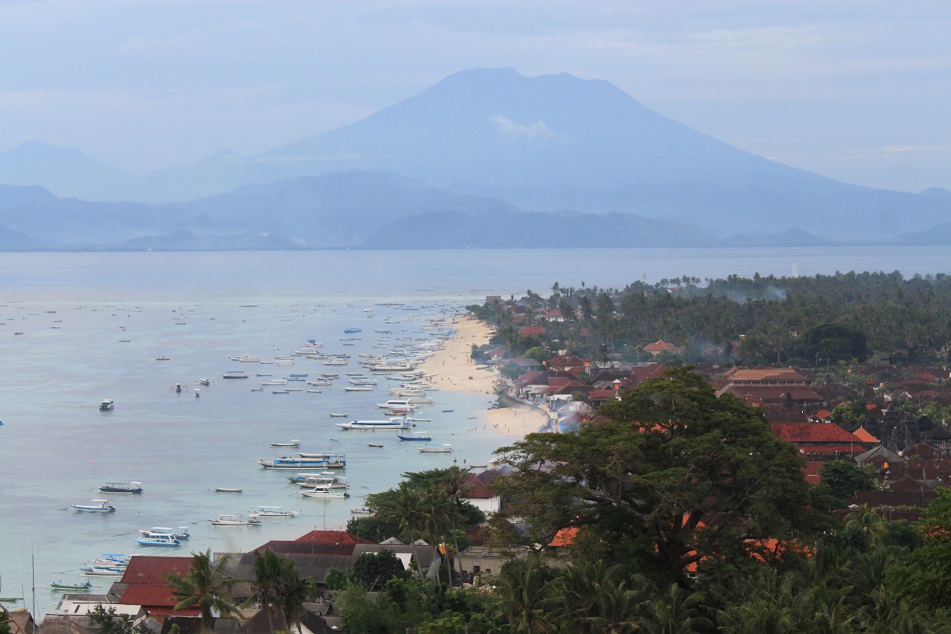 The Leafy Road of Nusa Lembongan 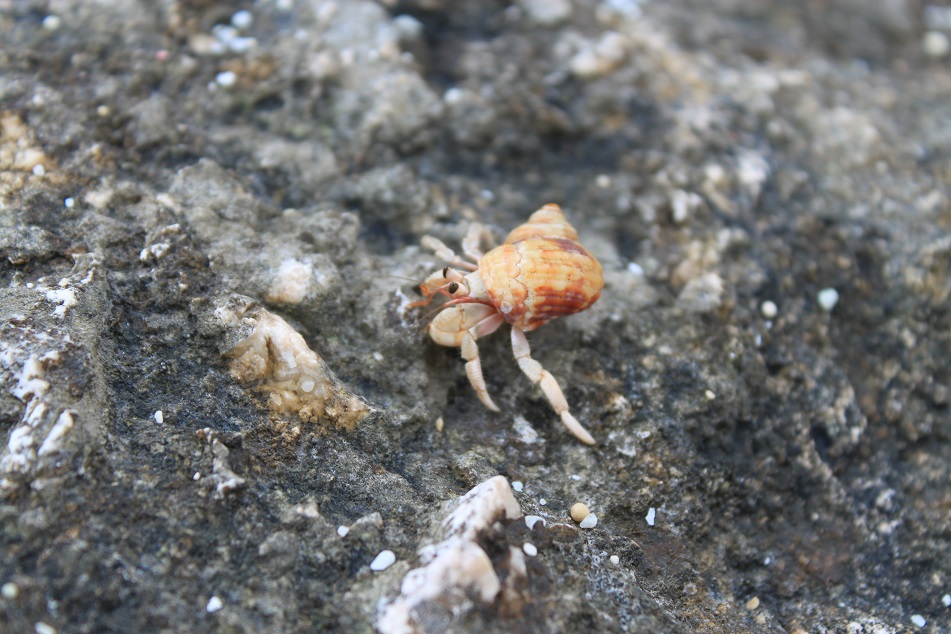 Adorable Puppies on the Road

There was a time when Balinese people considered Nusa Lembongan and the nearby islands of Nusa Penida and Nusa Ceningan as the source of black magic plaguing their island. The Balinese really had no reason to go there; instead they used the islands as the destination where undesirables were sent, including those who belonged to the lower castes.

Today the remnants of this horrible practice of discrimination are still evident in the local people – many bear family names from the lower caste in the Balinese Hindu society system.

Nusa Lembongan is a different place now. The people are anything but interested in black magic, and what they care about the most is how to make ends meet. The rhythm of daily activities moves so slowly: there’s no need to rush, no need to worry. Apart from being fishermen, the locals are well-grounded seaweed farmers working at green patches of seaweed fields in the shallow waters of Nusa Lembongan and Nusa Ceningan.

Life is so simple, even a gas station cannot be found on the island. Only rows of bottled gasoline are on sale by the street side. As we ride our motorcycle through the back roads, we spot some local women and children selling seashells as souvenirs, almost in every village.

“When I went here two years ago, things were very different. There were no such vendors,” Alexander recalls. Life must have become more challenging for them within the last two years.

The Shallow Water between Nusa Lembongan and Nusa Ceningan

A Tough Woman Navigating Her Way through Other Boats 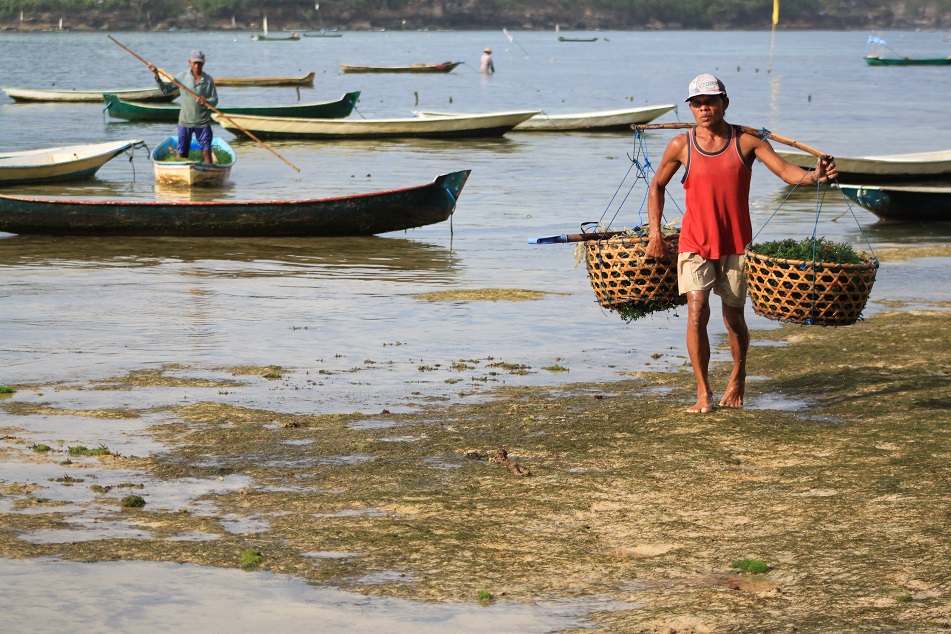 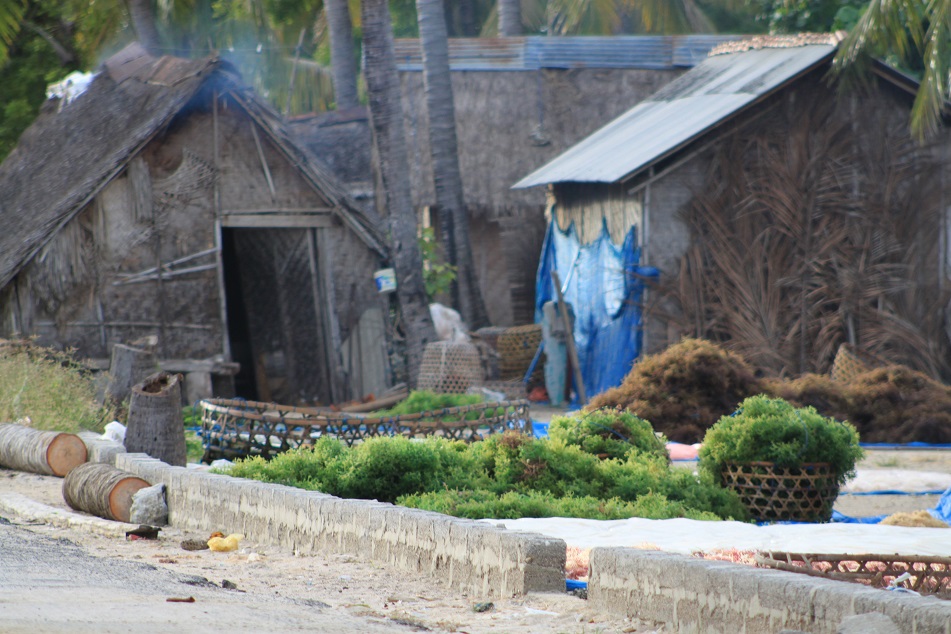 Drying Seaweed under the Sun

Empty Boats at an Inlet

As is in Bali, the people of Nusa Lembongan are devout Hindus, and Hindu temples are abundant. From Pura Dalem – an elegant, whitewashed temple between the villages of Lembongan and Jungut Batu – to a temple near the mangrove forest on the northern part of the island, resembling the ones in Bali, all are beautifully and intricately decorated. However one particular temple perched on top of a hill overlooking Lembongan is shrouded by a rather spooky ambiance. Tall grasses, abandoned houses and mean-looking relief carvings – even more intriguing than the ones found in other Hindu temples – only add to the inhospitable atmosphere surrounding the temple.

After climbing up the steep staircases, Alexander and I take some pictures of the temple, only for a few minutes when suddenly he comes to me. “Let’s leave this place,” he tells me, looking very concerned and uncomfortable.

We ask some locals about the strange nature of the temple, but none of them is able to provide a satisfying answer.

As we navigate our way through the island, we spot an unusual sight in a land of Hindus. Dozens of tombs stud an area in the middle of nowhere, raising our curiosity of the supposedly cremated dead bodies. Alexander asks a lady at a grocery store at the other side of the island. It turns out that those who were buried are still waiting for their families to hold a cremation ceremony, which is very costly.

Despite being considered second class citizens in the past, Nusa Lembongan does not lack creative people. Made Byasa, an ascetic and farmer, began the construction of an underground limestone cave in 1961. Inspired by a chapter in the Hindu epic of Mahabarata, he built underground chambers using only a crowbar for 15 years. Named after the mythical cave built by the Pandawas (Pandavas) to protect themselves from the Korawas (Kauravas) in Mahabarata, Goa Gala (Gala Cave) has now become one of the most visited sites on the island.

Its chambers are mysterious and fascinating at the same time, just like Nusa Lembongan herself.

Walking Uphill to the Abandoned Temple

The Temple with Mean-Looking Relief Carvings 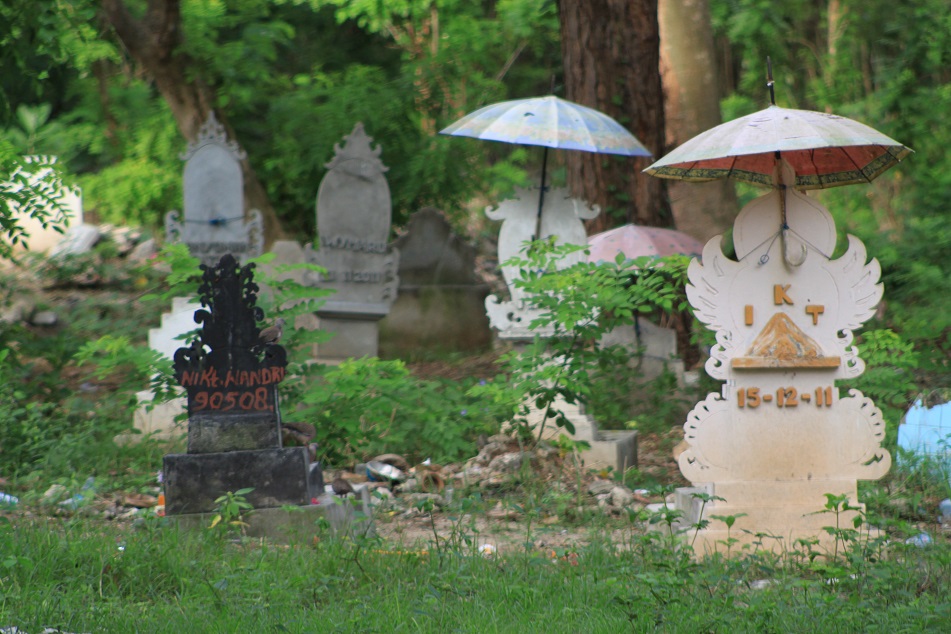 The Entrance to Goa Gala 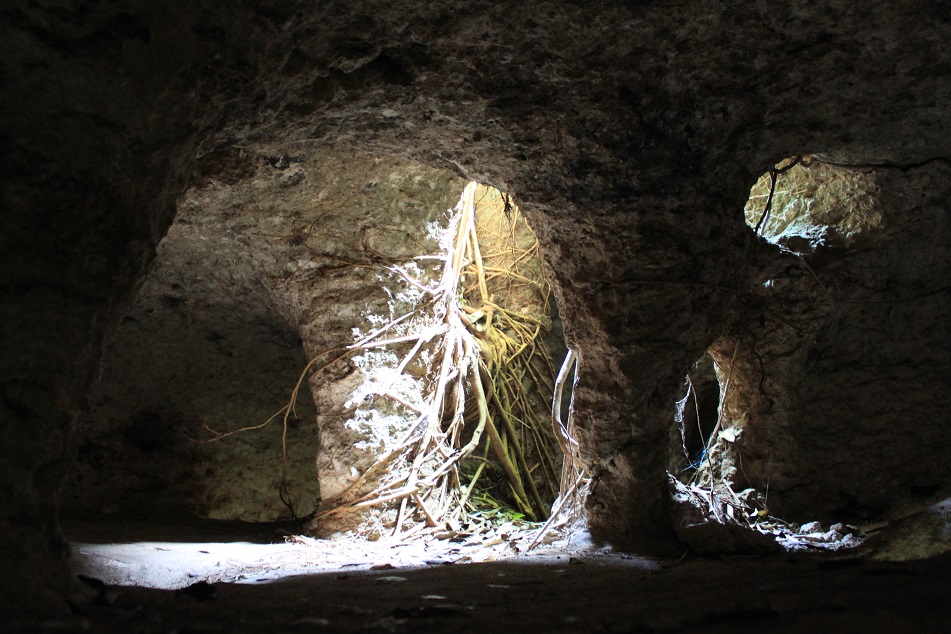 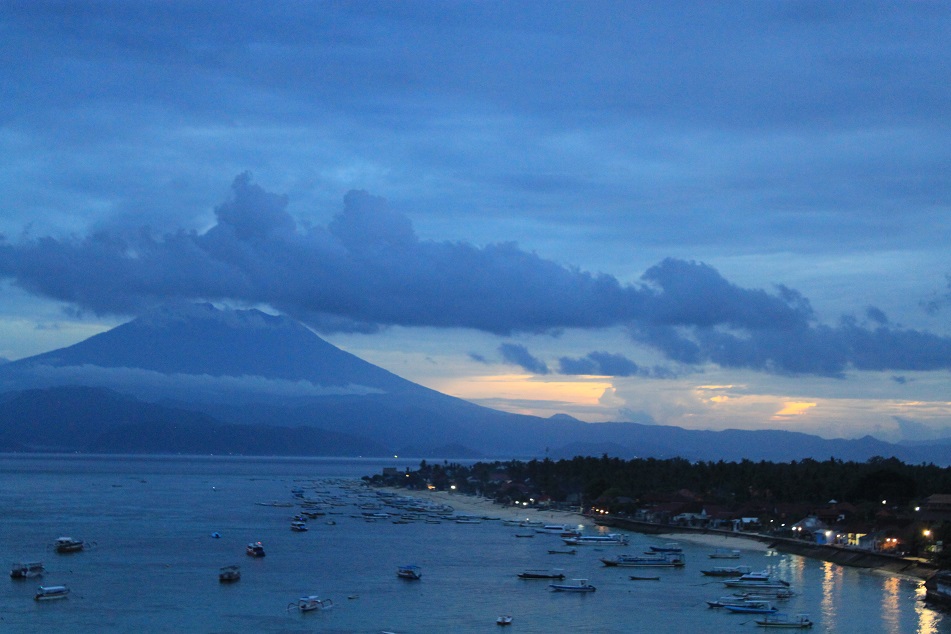