The Virgin Mother with Child

In the midst of the freezing winter wind we walk down a quiet neighborhood of Fatih, a complete opposite of the tourist-overrun district of Sultanahmet. My hands are numb and for the first time in Istanbul I regret for not bringing the gloves. We follow our instincts to reach the Chora Church – a former Byzantine church now turned into a museum – which is one of the main reasons for visitors to come to this less posh corner of Istanbul.

Deserted cobblestone walkways lead us to one intersection, a small kebab house on the left and a modest yet inviting bakery on the right. A few local residents pass by us and rush their ways, probably in search for warmth. But that is not the reason why we stop. Stacks of pastries displayed behind the glass window seem to be too tempting to miss. An old man shows up from the back of the shop, grinning as if he has been expecting us. Trying to communicate to him with my very limited Turkish, I ended up using my fingers and Turkish words for numbers to make him understand which pastry I want. But as is the case with my other travels in foreign countries, the true means of communication is not the language itself, but the smile and excitement of interacting with foreign people which resonate with the heart of the locals.

Sweet and savory pastries freshly baked from the nearby traditional oven turn out not only tickle my palate, but also a perfect antidote for the biting coldness outside. However we know we are only a few walks away from the church, so we bid farewell to the warmhearted old man still with his big grin.

Walking a little uphill from the bakery, we spot the unmistakably architectural features of a Byzantine church at the end of the street. Grayish dome on top of thick walls made of bricks, supported by flying buttresses jutting outside the structure – some features that remind me of the magnificent Hagia Sophia – conceal the true jewel inside. Meanwhile, two minarets awkwardly stand out at the corners of the church, a reminder of centuries of Ottoman rule in the country.

Walking through the gate to the narthex, a strangely comforting chill ambiance bursts from within the corridors, thanks to the marble and granite walls under the ornate ceilings covered in elaborate mosaics and frescoes. The Church of the Holy Savior in the Country or affectionately called the Chora Church – literally church in the country or fields for its location outside the old walls of Constantinople – underwent several stages of development in its history. First constructed in the early 5th century, the church was expanded in the 11th and 14th century with the addition of intricate mosaics and frescoes during the latest expansion.

Even though quite modest in size, the Chora Church is arguably one of the most beautifully adorned Byzantine churches in Turkey. Despite the irreversible damage to some of the mosaics during Ottoman rule, fortunately most of them remain intact to this day. Looking up to the frescoes one can imagine how Hagia Sophia might look like during its heyday. 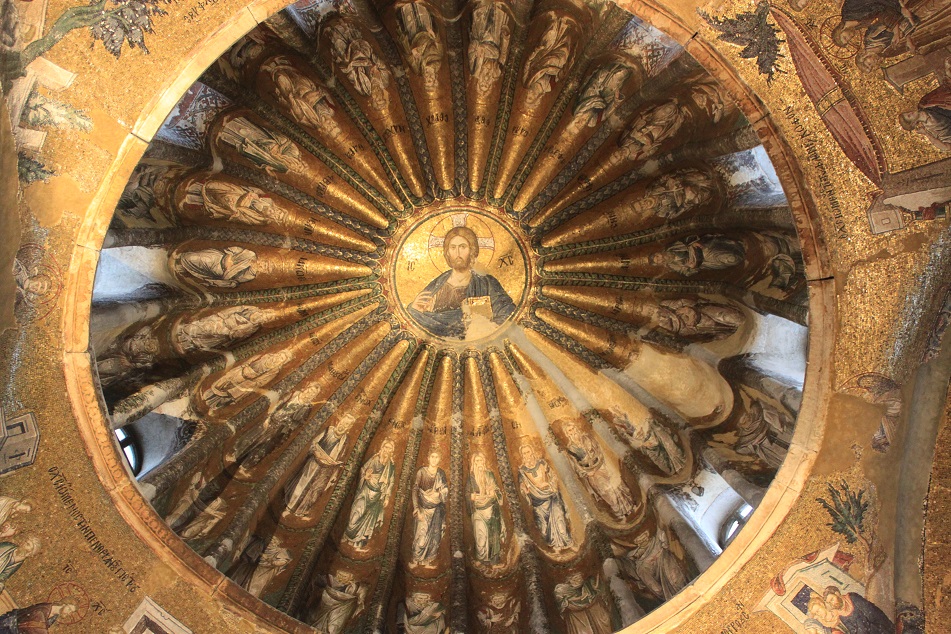 Christ as the Land of the Living 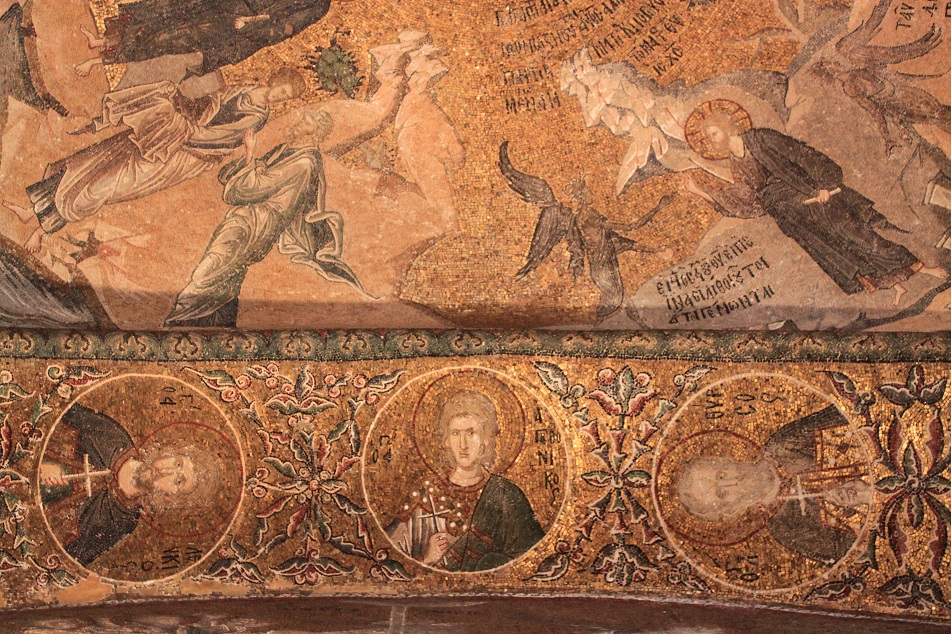 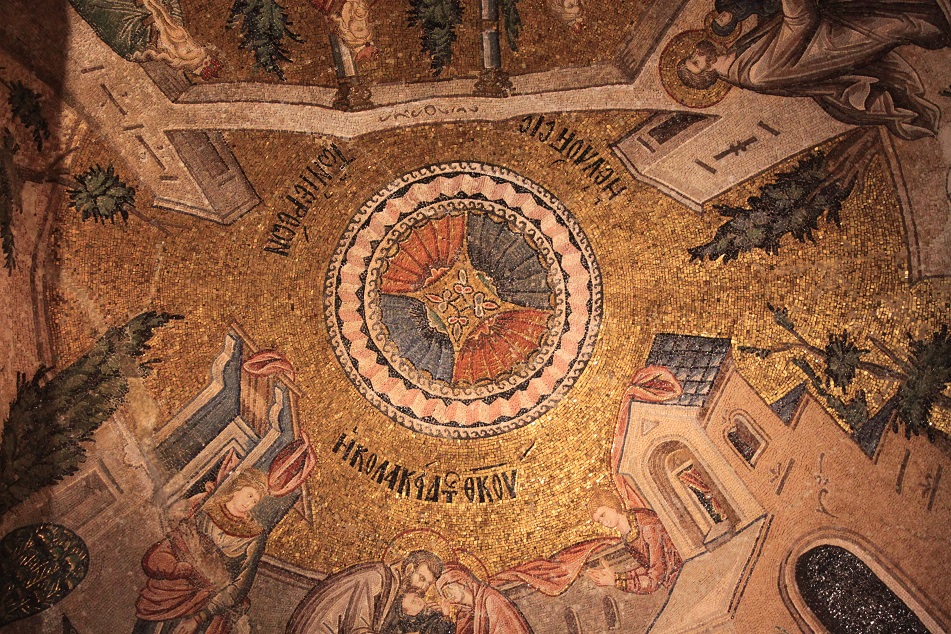 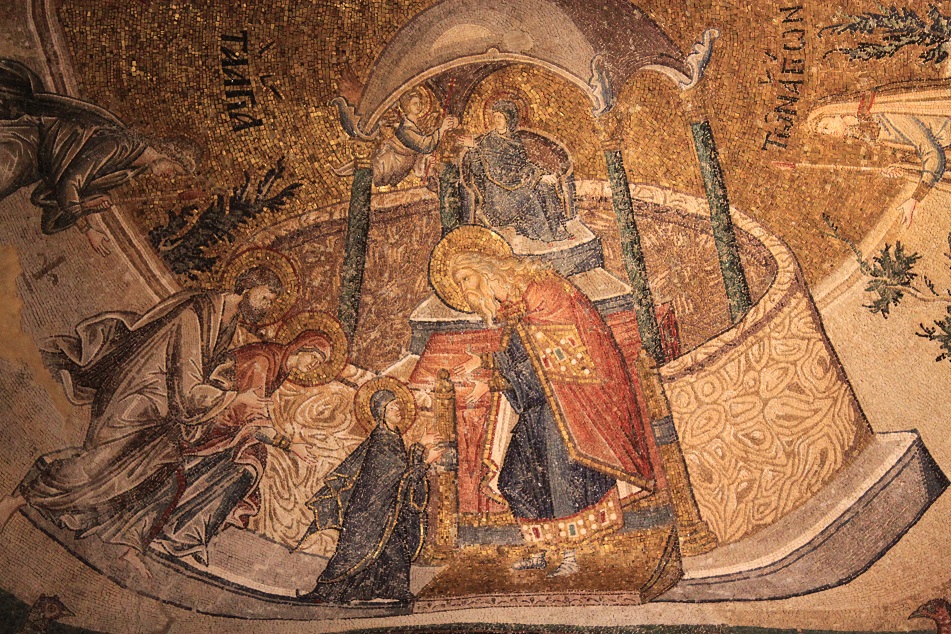 The Virgin and Child, Parecclesion of Chora Church 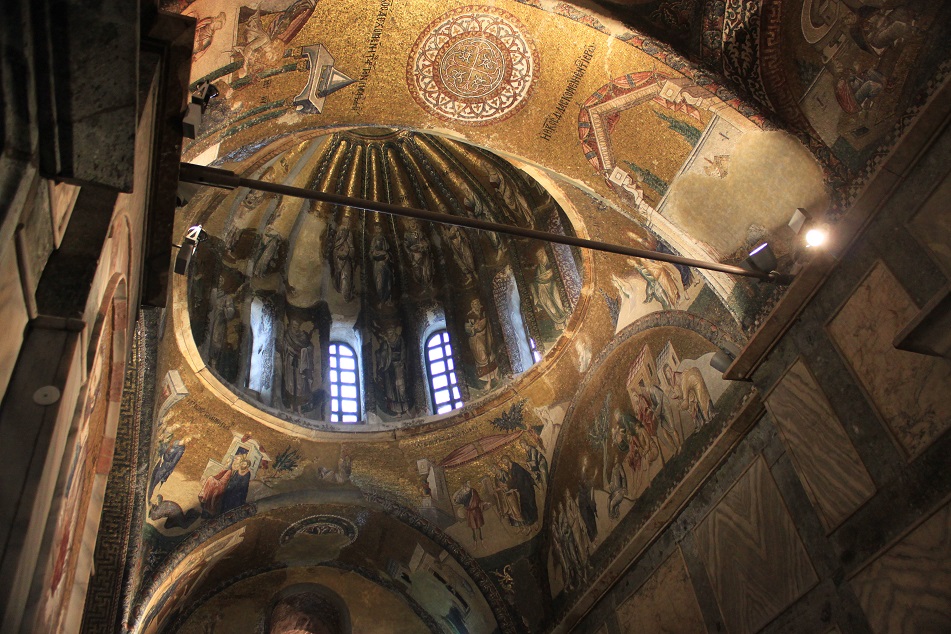 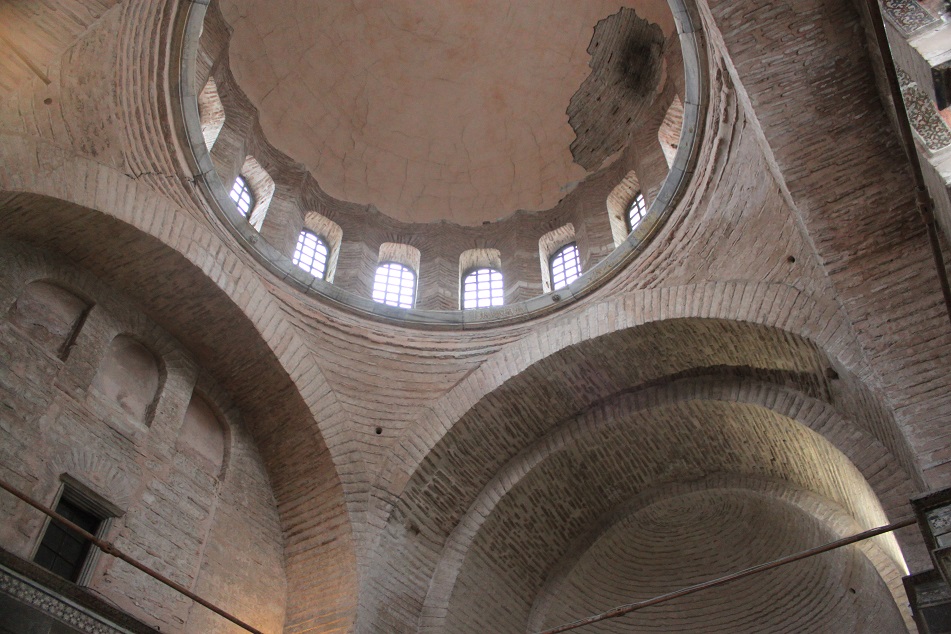 Dome of the Naos 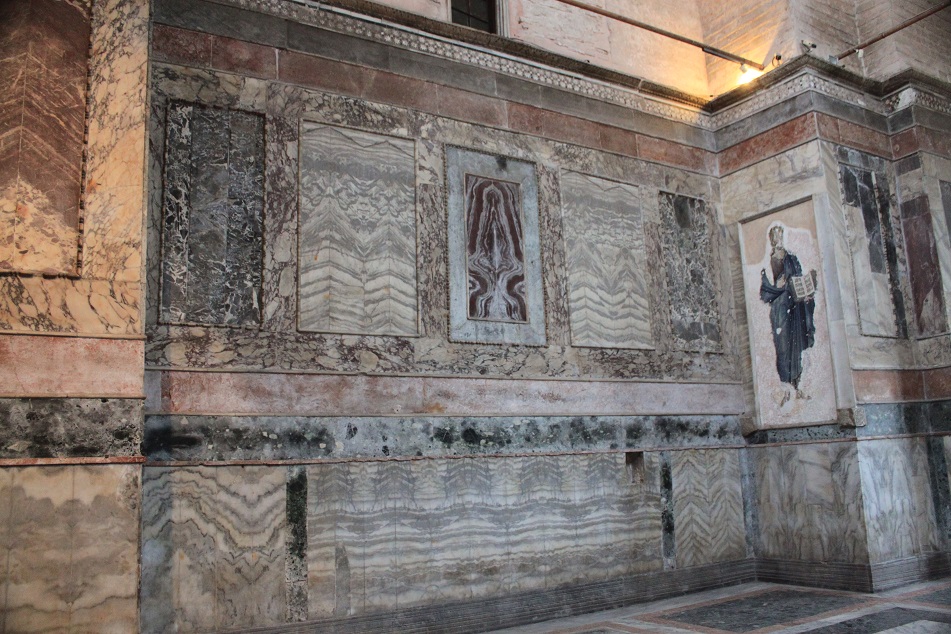 Wall of the Naos

A Bakery with Warmhearted Shopkeepers

Walking downhill with the church behind, we pass by a small fashion shop where a mid-aged lady greets us. “Malaysia?” she asks. “No, Indonesia” we reply to the perennial question we get during our stay in the city, understanding that our neighbors travel more than most Indonesians do. “Wait” she tells us before disappearing behind the piles of clothing. A short moment later she comes back with her smartphone on her hand. “This is how this place looked like two weeks ago” while showing us images of thick snow that blanketed the neighborhood. “My friend at the other side of Istanbul go to the beach on the same day.”

No transaction made, only stories shared between strangers.

The cold breeze eventually takes its toll – our stomachs can no longer bear the craving. It does not take too long for us to decide where to have our lunch. The kebab house across the bakery looks like the perfect place to go to seek refuge from the chill outside. Walking inside we feel an instant relief, not only because of the warmth from the iron heating plate behind the rotating split, but also the view of a big stack of sliced chicken in glazy coating from the dripping fat. It definitely looks like manna from heaven.

As we predicted, this kind of place offers the most authentic and mouth-watering local dishes, including our kebabs. One of the best in town, we believe.

Walking further downhill I notice something unfamiliar falling from the sky. Something I have never witnessed before. Small and subtle particles flying away, blown by the wind and fall on my jacket. I take a closer look. As foreign as the objects might seem at first but I know I have seen such thing for so many times on magazines and TV. Grain-sized objects with pointy tips in a symmetrical proportion, some look like a six-pointed star.

My first ever snow flakes, in one of the most magical cities on earth.

34 thoughts on “The Day when Coldness Brought Warmth”