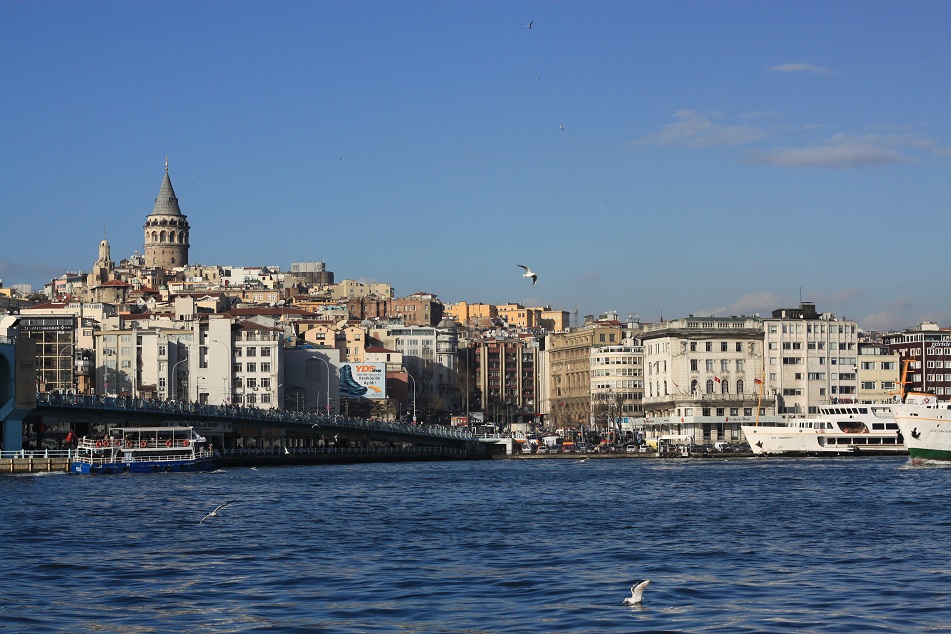 Crisp winter air caresses my face, a delightful sensory sensation after a 14-hour flight escaping the tropical humidity. The sun has just started to peek into the sky a few moments earlier, leaving a warm hue coloring blocks of apartments with bright tint. The minivan goes down the highway where leafless tree branches form rows on both sides and the sheen of the Sea of Marmara enchants us from the right side – quite an atmospheric way to welcome us to this ancient city.

Minutes later the minivan runs between the ancient walls of Constantinople where slender pointy towers rise from the horizon, piercing the sky and overlooking dense old districts. The minarets are ubiquitous in Istanbul, remnants of centuries of Ottoman rule. As the minivan goes deeper towards the heart of the old districts, two monuments whose grandeur reverberate the past glory of this city emerge. It is such a magical feeling to witness Hagia Sophia and Sultanahmet Mosque (the Blue Mosque)  –  dating back to the 6th and 17th century respectively – sitting graciously on the hill at Seraglio Point (Turkish: Sarayburnu). The stories of endless conquests by the great powers of ancient world pervade both sites, luring people who live long after their heydays to come and marvel at their beauty. But before I get further captivated by them, the minivan turns left and crosses the Golden Horn which divides the European side of Istanbul.

After running through a Roman aqueduct, we arrive in Beyoğlu, with its impossibly navigable narrow and hilly streets and alleys. The six-centuries-old Galata Tower which were built by the Genoese is right in the neighborhood, and Istiklal Street which is arguably the liveliest street in the city is only a few minutes walk uphill. Both bear the rich history the city has witnessed since its establishment. 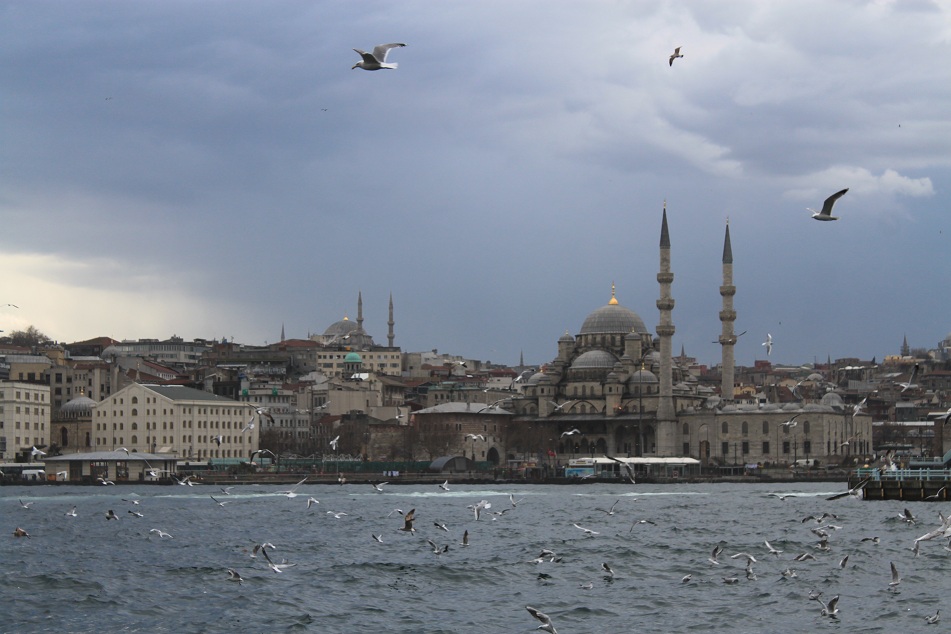 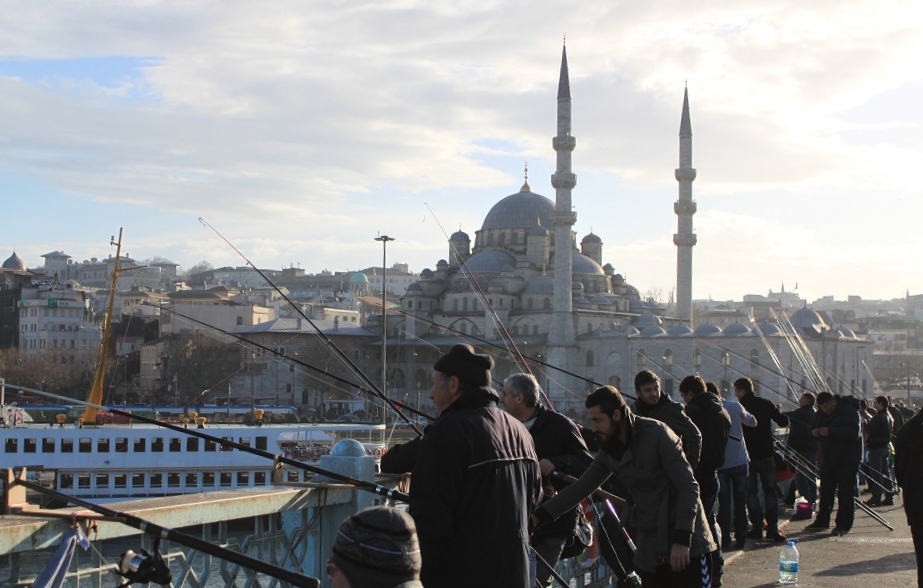 Fishing for a Living at Galata Bridge 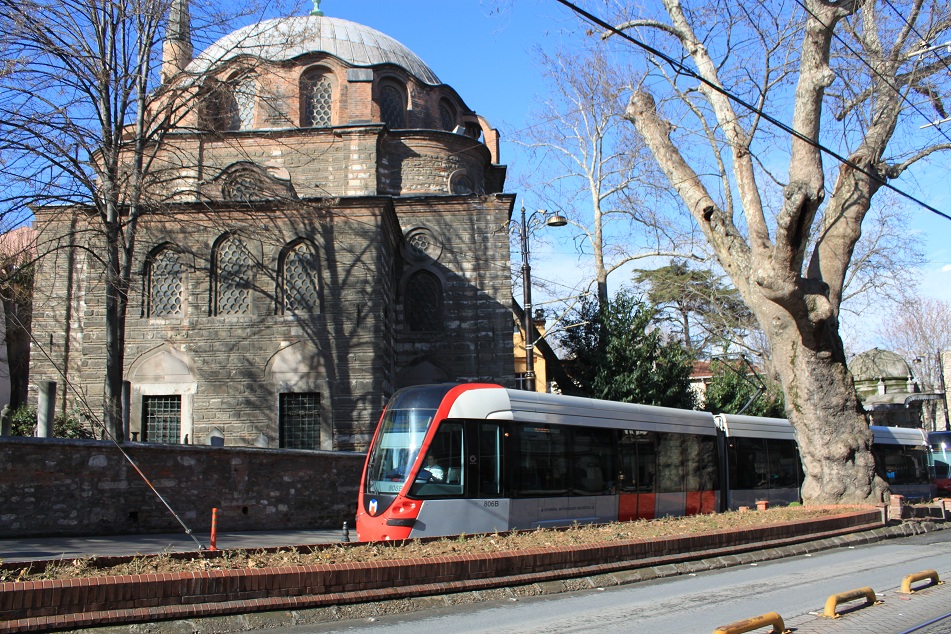 The history of Istanbul dates back to 660 BC when King Byzas from Corinth (in modern day Greece) established Byzantium on the European side of the city. The name remained for nine centuries before Constantine the Great changed the name into Nova Roma – part of his attempt to introduce the city as the eastern capital of the empire. However the name Constantinople was more widely used and remained until the 20th century when the Republic of Turkey was founded. Since then the world knows it as Istanbul – a name which in fact had already been used by the Turks and Europeans to describe the walled peninsula between the Golden Horn and the Sea of Marmara even when it is still called Constantinople.

Strategically located at the crossroads between Asia and Europe, it is natural for Istanbul to be a melting pot for merchants and other people from various civilizations where highly-priced commodities were traded, religions were spread, and intellectual thoughts were shared. Therefore it is not surprising that great powers fought one another to gain control of this great city, and their legacies survive long after their declines, making the entire city now a living museum.

As is the case with other melting pots, Istanbul is a city of stark contrasts: Established by the Greeks but now a Turkish city – both nations have an uneasy relationship with Cyprus being the center stage of the frictions; The center of Christianity for over a millennium and the capital of the last caliphate for the next five centuries before turned into the economic center of the new secular republic; and today, it is where the secular and liberal life in districts such as Beyoğlu lives side by side with the more conservative neighborhoods of Fatih.

Fatih Sultan Mehmet Bridge, One of the Two Bridges Connecting Asia and Europe 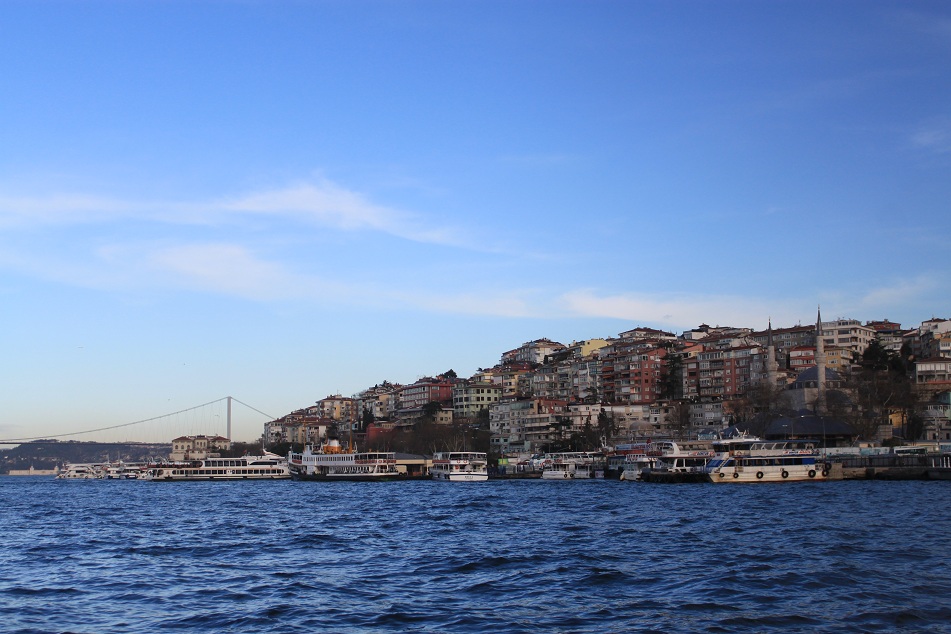 Despite its long history which straddles for millennia, Istanbul is not trapped in its nostalgic past. Networks of modern trams, metro and funiculars carry thousands of Istanbulites and foreign visitors everyday. Skyscrapers dominate the skyline of the northern districts of Istanbul, flexing the muscle of the newly rising economic power. In the next few years, both sides of the continental fringes which make the city will be connected by subterranean railways, complementing the two existing suspension bridges which enable seamless transportation between the two sides of the city.

However, there is one thing all Istanbulites is looking forward to. The thing which has always been dreamed by other countries to symbolize their growing prominence in the world stage. Tokyo did it in 1964 – the first Asian city to do so, as did Beijing in 2008 which was properly used by the new superpower to showcase its great history and modern-day achievements. After four previously unsuccessful bids, Istanbul is more confident and ready than ever to bid as the host for the 2020 Summer Olympics.

In spite of the constant development of the city, Istanbul will always retain its past charm and wisdom. Ahmet, an experienced rug seller whom we meet in his rug store rubs the first money he gets on that day to his chin and slams it on the ground as a metaphor of the seed of a tree which will grow into a money tree. Istanbul itself is indeed a tree of life for millions of people who call the city their home and the source of their fortune. 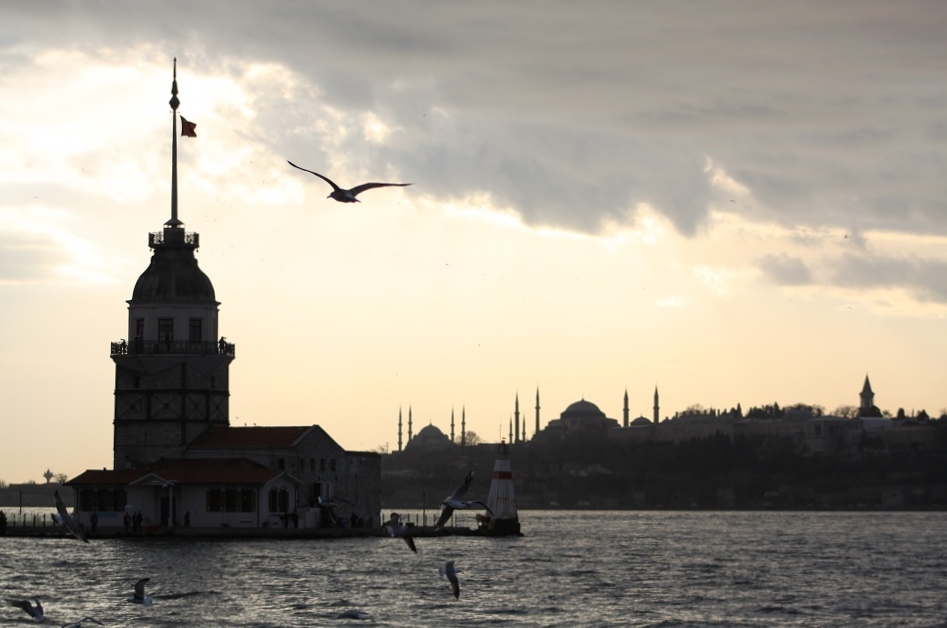 Dolmabahçe Mosque with an Uphill Street Nearby

Süleymaniye Mosque, the Largest in the City

52 thoughts on “Istanbul, A Prologue”