It is not a surprise why Lonely Planet says Jakarta is a city many find it hard to love. With more than 10 million people sprawling over narrow streets, dense neighborhoods and filthy riverbanks, many struggle for a quality living in this city. But looking back to its history, one would comprehend why Jakarta has grown into such a megacity. Founded in the 4th century as Sunda Kelapa, it has always been an important port for spice trading even before the arrival of the European explorers. In the early 16th century, the Portuguese was the first European nation to arrive at the port, en route for the source of the spices. Their expeditions opened up a direct access for the Europeans to the once-as-precious-as-gold spices – instead of buying them from the Arab traders.

However, it also started a new chapter of centuries of ferocious battles amongst European powers to gain control of the spice route – hence the dawn of European colonization in Asia.

The Dutch emerged as one of the most prominent powers in the region which lasted for centuries. They arrived at Sunda Kelapa in the late 16th century and completely gained control of the port in the early 17th century by defeating local ruler and sending all the British home. Under their rule, the Dutch changed the name of the port town into Batavia, which over centuries grew as a major port in the spice trade route in Southeast Asia. Under the Dutch Empire, Batavia and other colonies in the Dutch East Indies contributed to the rapid increase of wealth for the growing European power who had gained independence itself from Spain in the 16th century.

Decades after gaining its own independence in 1945, Indonesia as the main successor to the Dutch colonies in Southeast Asia has grown rapidly alongside other Asian economies. Jakarta – the new name for Batavia – as the economic and political center of the country lures people from other provinces to come in hope for a better life.

Museum Bahari – Once the Warehouses of the Dutch East India Company 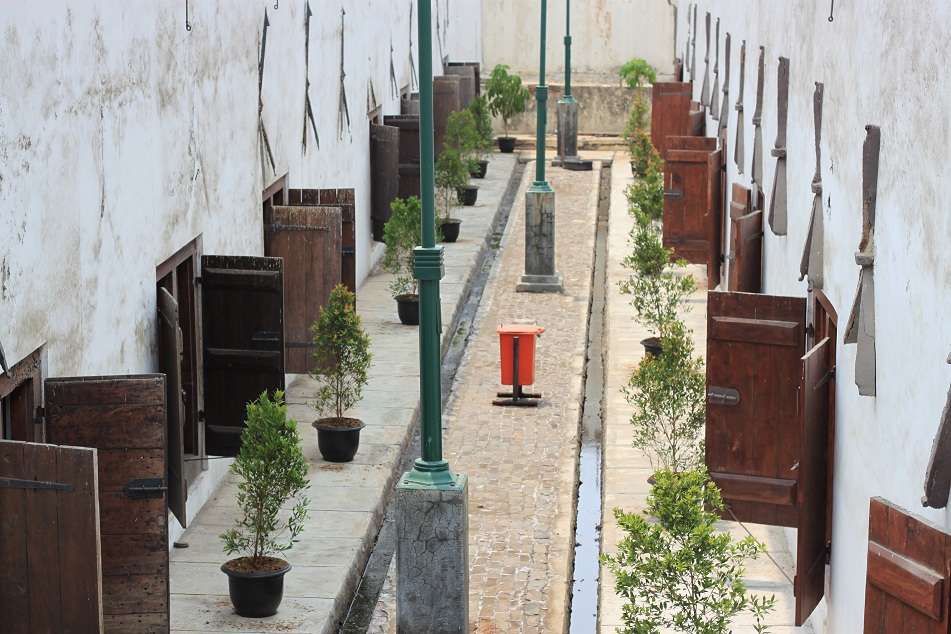 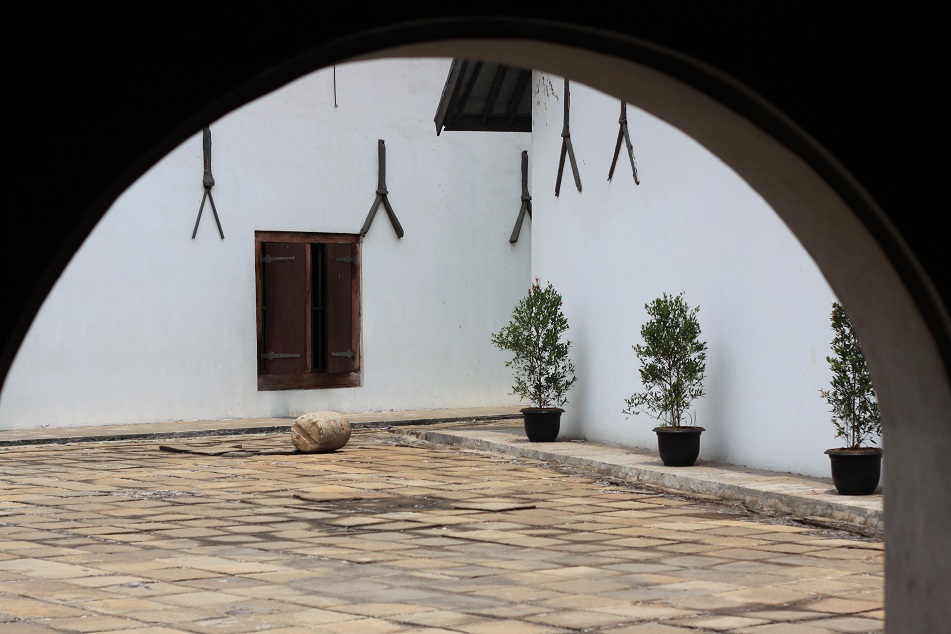 Peeking Into A Courtyard

It is a typical Tuesday in the ever busy Jakarta. James and I head to the old quarter of Jakarta in search for the remnants from the time of the Dutch colonization. Any trip around Jakarta on weekdays will not be complete without getting stuck in the notorious traffic jam – called macet in Bahasa Indonesia. In a deserted area on the embankment of a polluted river that flows through Kota Tua – Jakarta’s main old town quarter – I park my car and continue to our destination on foot.

Sunda Kelapa. It still bears the name of the old port on which the Dutch first set afoot on the island of Java. But today, Sunda Kelapa is only a minor port, serving small-scale trades between Indonesian islands. In a hot and humid day, we arrive at the port after a detour due to a misleading sign which brought us to a busy street loaded with heavy trucks.

Rows of pinisi boats – the traditional boats originated from Sulawesi – dock on the port with their bows facing the open sea, ready for their next sails the following night. Only slightly modernized – motorized and equipped with cranes and most likely also GPS receivers – the boats are vital to the economies of some regions across the archipelago.

After getting some pictures of Sunda Kelapa and Museum Bahari – Maritime Museum – which we visited on our way to the port, we walk to the heart of Jakarta’s colonial district, following a path we should have taken before.

Fatahillah square – named after the national hero who ousted the Portuguese from Sunda Kelapa and renamed it into Jayakarta – is the main square of the old district which is surrounded by some of the most important buildings in the Dutch colonial time, including the Governor General’s office, the supreme court and the central post office. Today, most of them have been converted into museums.

Crumbling old buildings and the stench from the polluted river give a mixed feeling for anyone visiting this place. If more efforts are taken seriously to restore and revitalize Kota Tua, one day this old quarter will undoubtedly radiate its past allure and become an oasis in this ever-bustling city.