Recently James from Plus Ultra has kindly nominated me to join the Capture the Colour photo competition run by TravelSupermarket.com. The idea is to choose five original shots from your travels, each one representing the colors blue, green, yellow, white and red, and publish them in a blog post. Visit the link above for more information on how to participate. Note that you don’t need to be nominated to take part in the competition.

One of The Guardian Statues at Wat Phra Kaew

Wat Phra Kaew at the heart of Old Bangkok is a place embellished with jewels, ornaments and paints of different colors, making it one of the most colorful places I have ever been to. Among diverse statues adorning the temple’s courtyard, dvarapala (guardian) statues are the most prominent. Sitting near the entrance to the courtyard, this blue-faced guardian statue with the background of a perfect blue sky stares down to every visitor entering the temple.

It was a Saturday afternoon on Samosir Island, a tranquil island located right at the center of an ancient massive caldera in the northern part of Sumatra. Like in many other places in Asia, rice is the staple in this pristine island. As I rode the motorbike through Samosir’s small roads, I noticed five schoolchildren walking across rice fields filled with green paddies. They might not realize how blessed they are living in a fertile land where their staple is planted right in the neighborhood.

Still on Samosir Island, where Christianity is the predominant religion, this is the tomb of a European missionary who successfully eradicated the practice of cannibalism among local people. Combining Batak and western decorative elements, this yellow tomb is now venerated among the residents of the island. 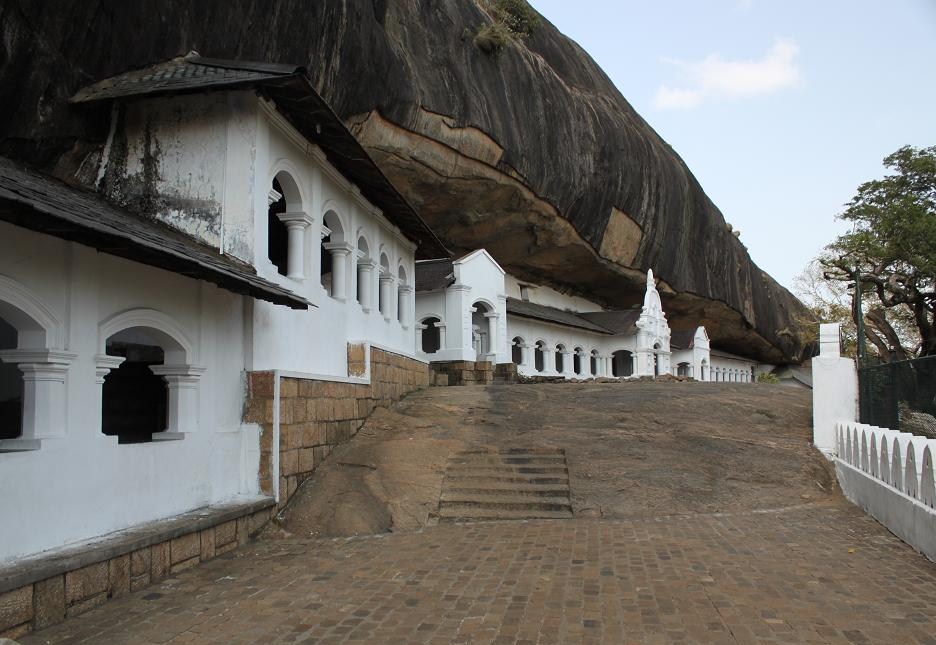 Located near the city of Dambulla at the heart of Sri Lanka, this unusual temple which is spread over five separate caves contains paintings and statues of Buddha in various positions and several Hindu gods at the same time. While the white temple outside the caves hides the colorful interior inside, it is the breathtaking view of the surrounding plains and mountains that awed me.

Marina Bay is Singapore’s display to the world showing its achievements. New attractions have been added since the last decade or so with Marina Bay Sands and Gardens by The Bay as some of the latest additions. When I walked around the bay I noticed this red fountain which was installed to add some colors and accent to the surrounding area. But for me it symbolizes the connection between Singapore – with its predominantly Chinese community – and the modernity it has accomplished, represented by Marina Bay Sands at the background.

And now here are my five nominees:

Jodi from Travels in Transit

Lu from The Unwitting Traveller

Good luck to all!

32 thoughts on “Five Colors from What an Amazing World!”