“Is there any skyscraper in Jakarta?”. That question still resounds in my head until now even though it has been almost five years since my cousin’s friend, Daniel, posed us that question on our way from the airport to the city center. Since I don’t have any plans this Sunday and I still have to wait another week for my next excursions, I decided to take public transport to go around Jakarta and take some photographs of the skyline because I believe it’s not only Daniel who thinks that way of the city. 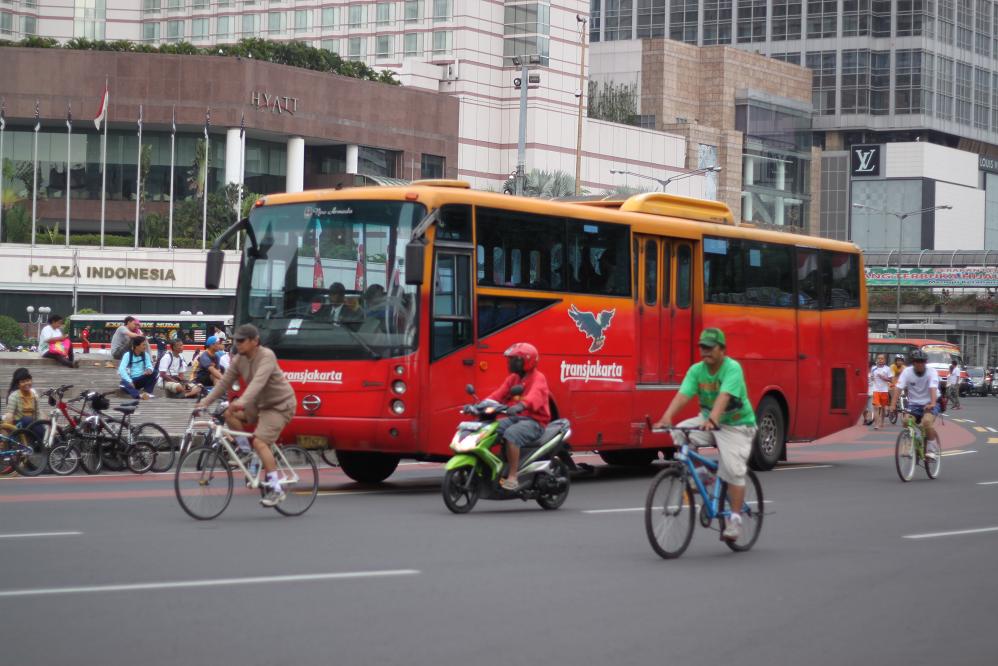 Transjakarta Bus, The Fastest and Most Convenient Public Transport in Jakarta

I completely understand when people talk about Jakarta usually what comes first in their mind is the image of an insane traffic jam. Then air pollution follows suit. Then poverty and so on and so forth. True, those things are indeed parts of everyday life in Jakarta. As the economic powerhouse of Indonesia, the city annually draws thousands of people coming in from all corners of the country to seek a better fortune. Some people succeed, some are not that lucky. The constant influx of people has gradually overwhelmed Jakarta’s social and environmental support systems. As a matter of fact, after being hit the hardest than any other country during 1997/98 Asian financial crisis, infrastructure development in Indonesia was in limbo for almost a decade. Only after some painful but much-needed reforms during the 2000s, Indonesia’s economy has been starting to gain momentum again for the last five years or so. This has led to the booming of high-rise building development, among other things, making Jakarta a dynamic and thriving place again.

Jakarta’s skyline is changing fast (some pictures of Jakarta also appeared on one of my old posts), but compared to Hong Kong, Shanghai, Dubai or even Kuala Lumpur, skyscrapers in Jakarta are relatively modest in height (Wisma 46 still holds the record at 250 m).  However more and more stylishly designed buildings are being built in the city, adding an appealing accent to the previously monotonous concrete jungle.

Sleek and Slender vs Lego Blocks

My first intention going out this Sunday was to take some photographs of those eye-catching buildings. However, since it is currently rainy season in Jakarta and the sky was not that picturesque, I finally decided to take some pictures of other interesting things instead. Enjoy and have a nice weekend!

The Creative Team (I Guess) 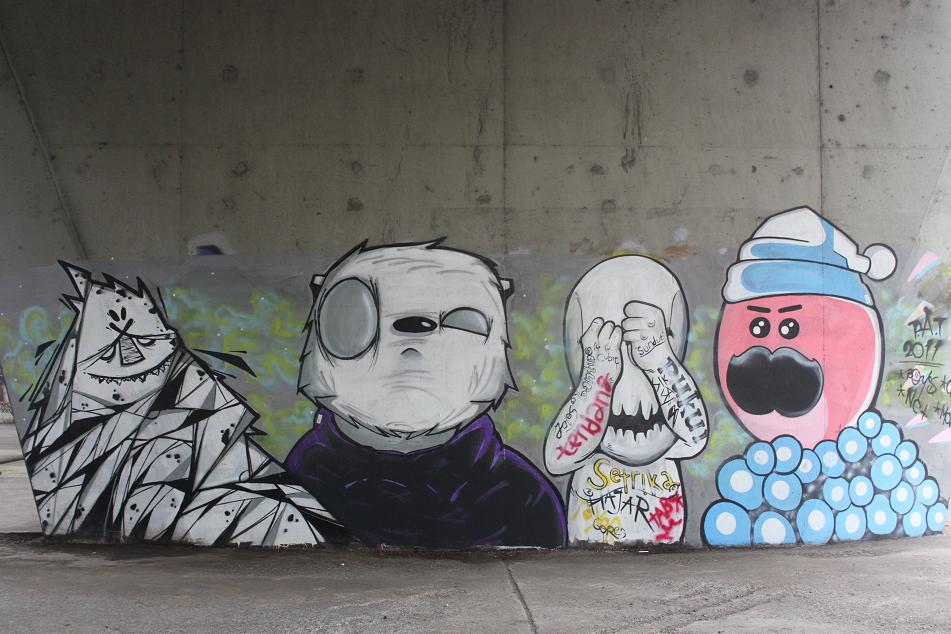 26 thoughts on “Jakarta on A Sunday”