Entrance to The Cave

Perched on a cliff just a few meters away from the main road which connects Ubud and Tampaksiring regions in Bali, a small yet bizzare cave attracts curious visitors from all over the world. But first, they must walk through a courtyard with small statues around and a bathing pool in the center of it. Before people can completely absorb the atmosphere of this place, a huge demon-like carving catches everyone’s attention for its grotesque appearance. 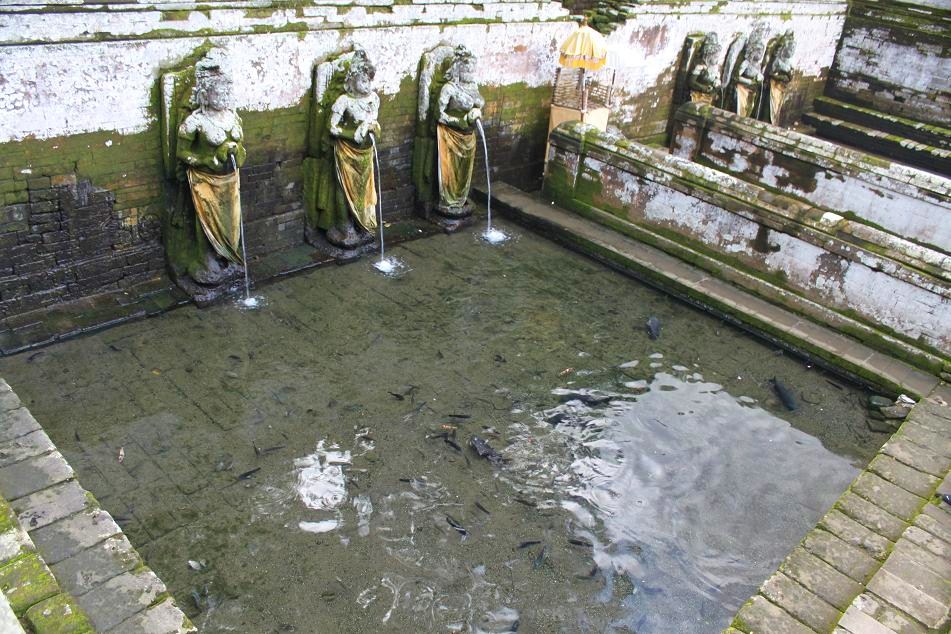 An Ancient Pool Which Was Discovered in The 20th Century

This is the Elephant Cave, owing its name probably from a small statue of Ganesh/Ganesha (a Hindu god with the body of a human but the head of an elephant) inside the cave. The cave itself is a very small T-shaped cave which is also filled with lingga and yoni (Hindu symbols of fertility, male and female respectively). 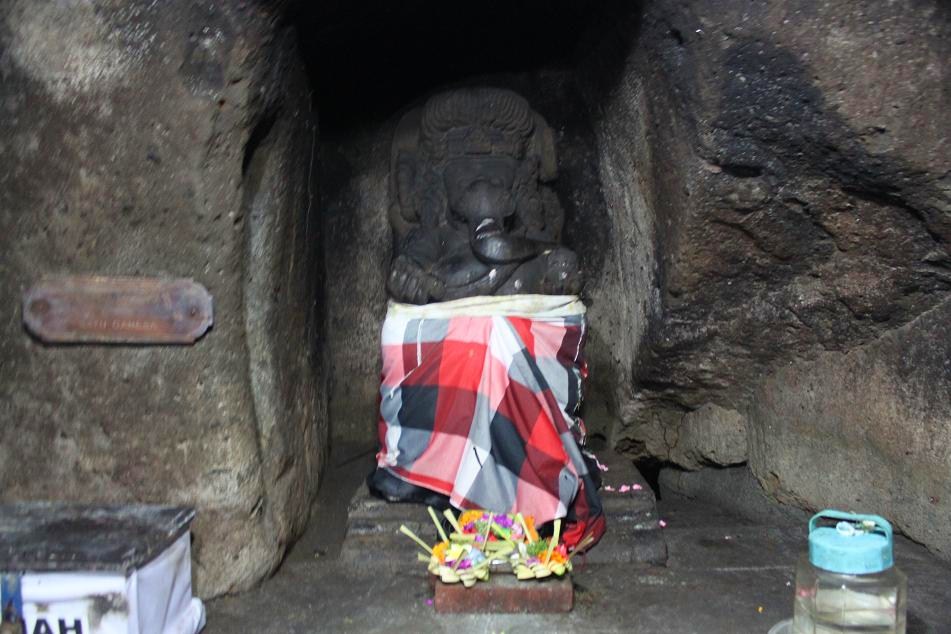 The Small Statue of Ganesh Inside The Cave

You won’t get too excited for the cave I must say. But if you take a stroll further downhill, you will find a creek where some large stones are located. However they are no ordinary stones because they used to be part of a Buddhist structure up in the hill (or presumably so). Yes, you heard it right, a Buddhist structure in a predominantly Hindu society of Bali. I haven’t made any proper research regarding to this. But probably it is a remnant of pre-Majapahit period in Bali (Majapahit is a Hindu kingdom which is also the largest kingdom ever recorded in Indonesian history with an area covering what is now modern-day Indonesia, Malaysia and Southern Philippines).

Ruins of The Once-Believed Buddhist Structure Up In The Hill

The Ruins with Mysterious Carvings on Them

I am always excited to find two or more different cultures or religions living side by side (even just remnants of them) just like what I saw in Jogjakarta back in January 2011. History does teach us lessons, only if we open our mind and heart.

8 thoughts on “Elephant Cave: The Witness of Hinduism and Buddhism Harmony in Bali”