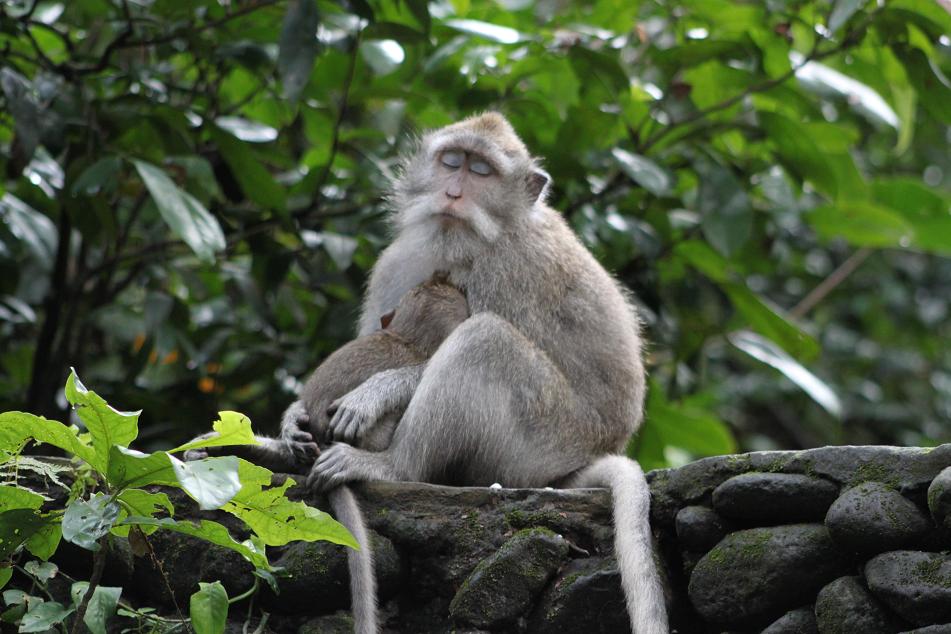 Hinduism in Bali is world-away from the one in India. In Bali, the balance of the nature is one of the main principles in life. That explains why many Balinese traditions are heavily influenced with animism which emphasizes the respect to the nature and the creatures that dwell in it. One of the creatures which enjoy a rather special treatment from Balinese people is the gray long-tailed macaques who live in almost every forest in Bali. The story of Ramayana also helps to keep their population healthy because it is said that when Ravana kidnapped Sita, monkey soldiers led by Hanuman fought against the king of Lanka to rescue Sita. 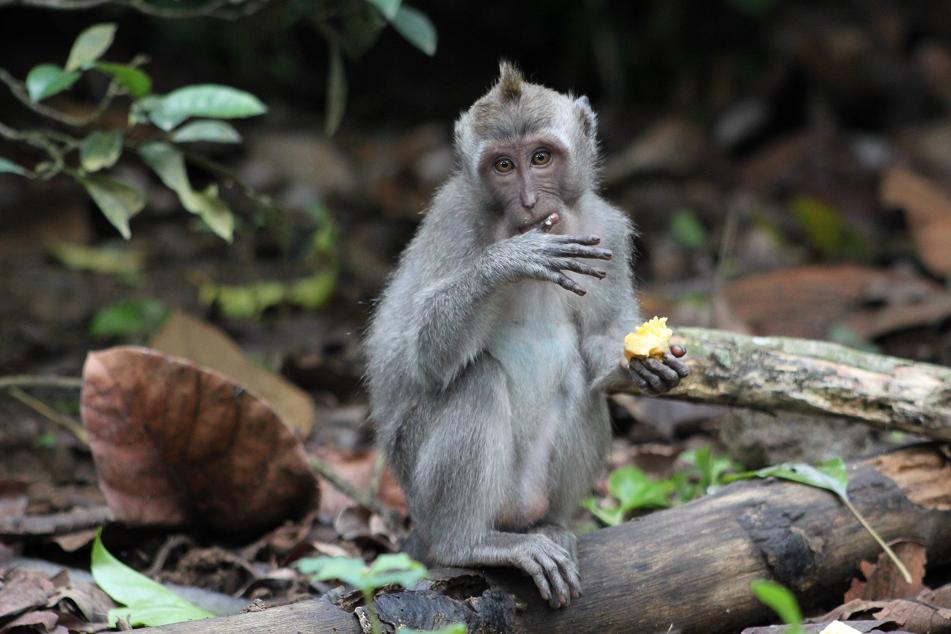 Heading to northeastern part of Bali, I made a stop at one of Bali’s most well-known sacred forests in Ubud where monkeys are well-fed and dwell freely. Unlike the ones in Uluwatu who often steal things from people, monkeys in Ubud behave much more nicely toward visitors. We can watch them very closely without having to worry that they might grab any of our belongings. Under the lush green canopy of the forest, they play around, show affection to each other, eat fruits and leaves, sleep and even fight while us, humans, watch them and giggle every time they do something funny. 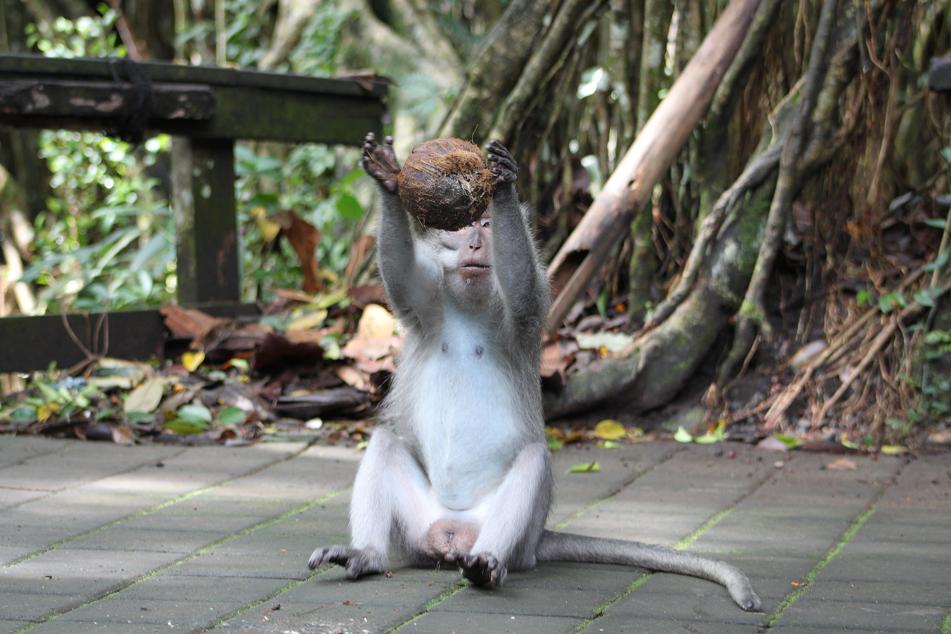 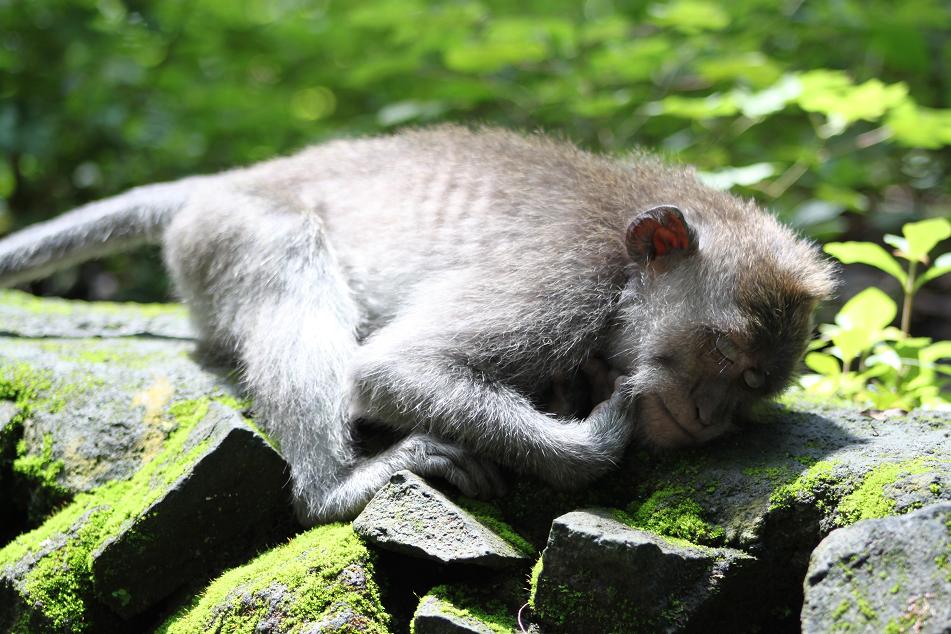 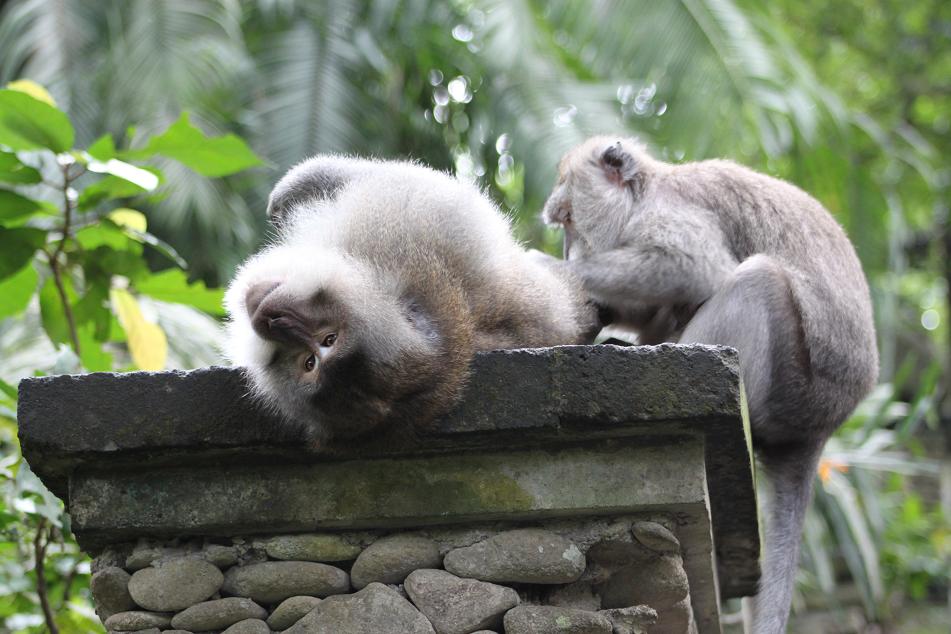 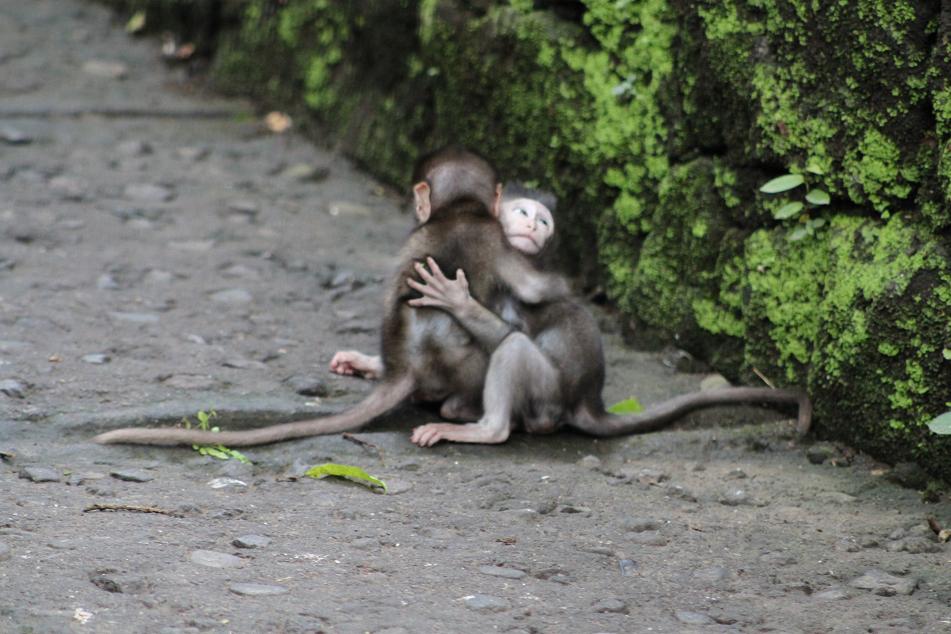 Baby Monkeys Hugging Each Other

Like other places in Bali, there is of course a temple inside the forest. As expected, the temple is adorned with many monkey statues and also the statue of Hanuman. However, like most temples in Bali, the temple at the monkey forest is closed for the public because it is considered as a holy place where only Hindus can enter. Nevertheless this place is worth a visit when you are in Bali, whether you are a monkey lover or not. 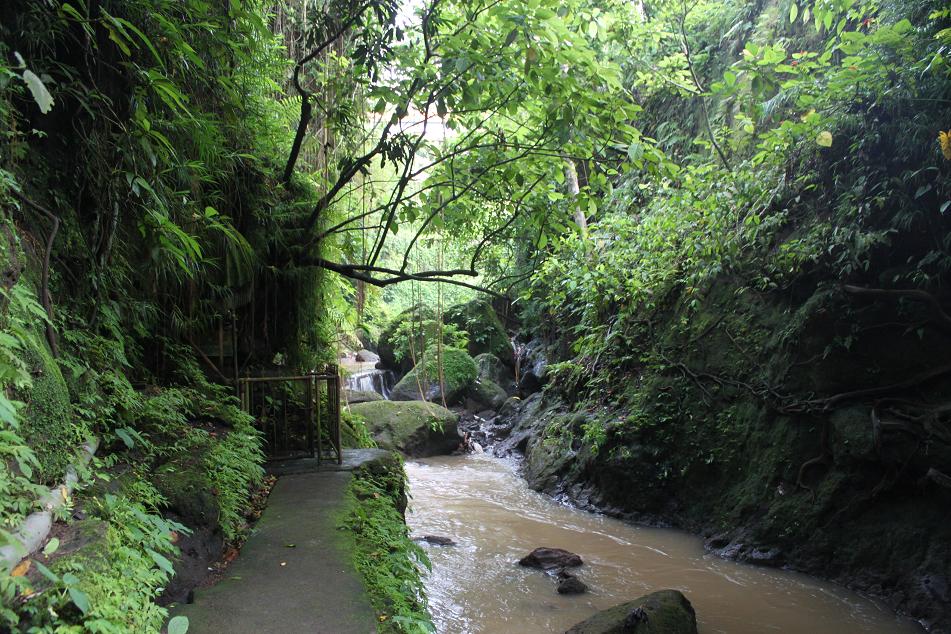 A Small River Inside The Forest 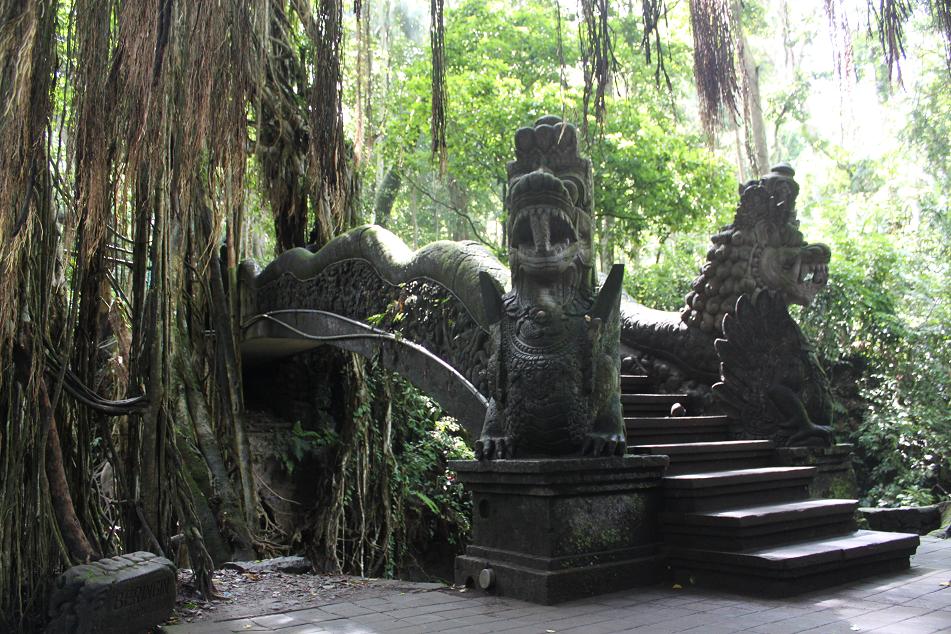 A Bridge Above The River 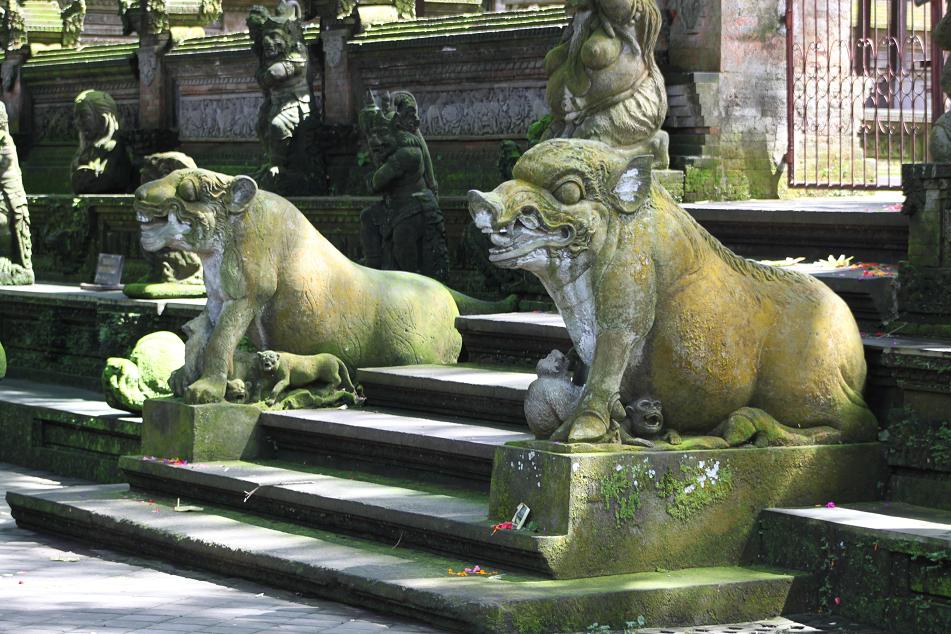 Guardian Statues of The Temple 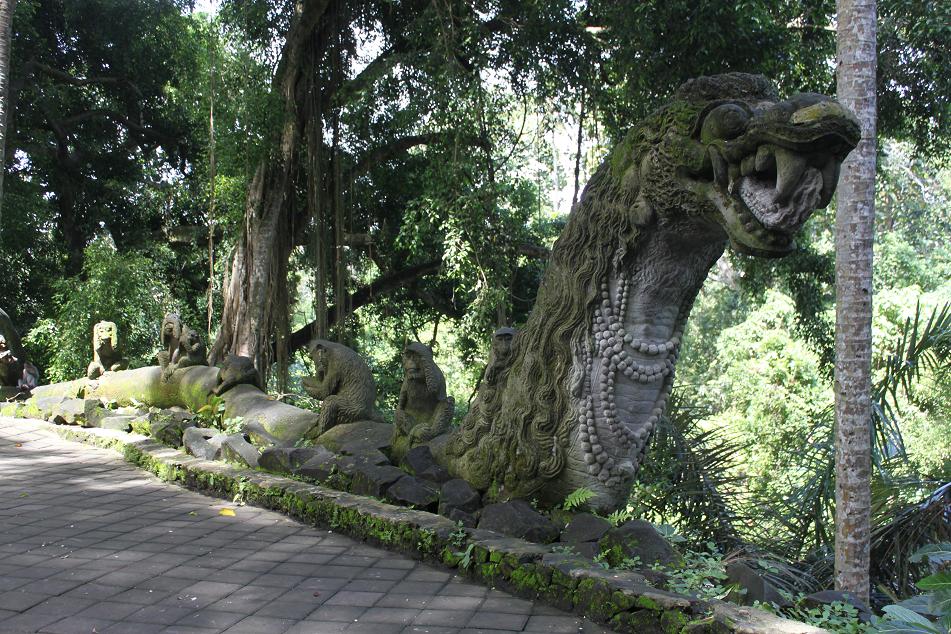 Another Statue in Front of The Temple

One thing that we can learn from this place is that human can choose to live peacefully side by side with animals by respecting their needs. We are here on earth not to destroy what’s in it. But we are responsible to keep the planet a humane place for all creatures.