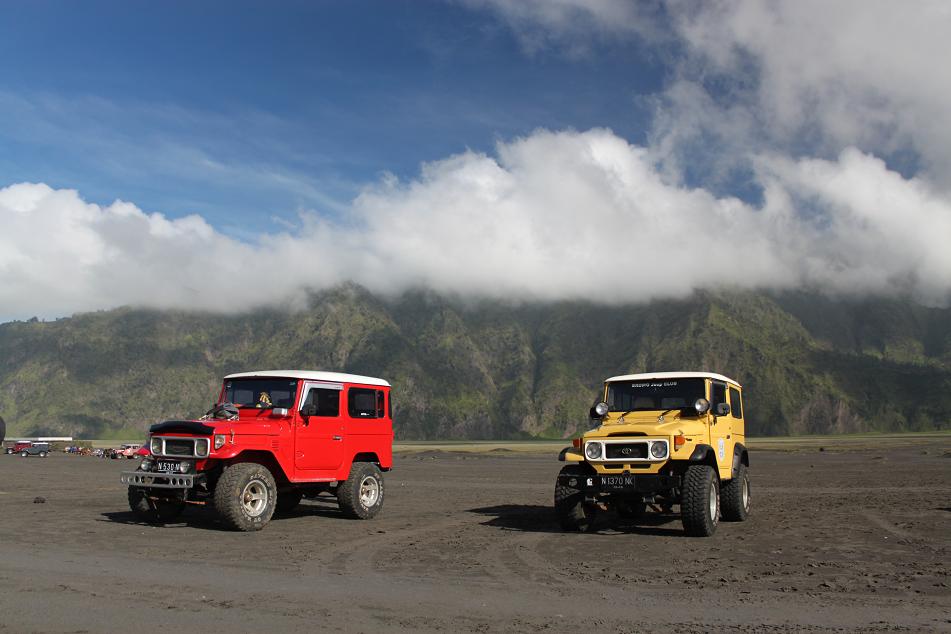 You might have seen volcanoes in many countries. You might also have reached the craters of some of the most dangerous volcanoes in the world. But nothing compares to Tengger Caldera which was created by a massive eruption of an ancient giant volcano. What the eruption left is a large caldera with a vast Lautan Pasir (Sea of Sand) and some smaller volcanoes in it. However, some of the lesser volcanoes had already become extinct. Only one remains: the unpredictable Mount Bromo. 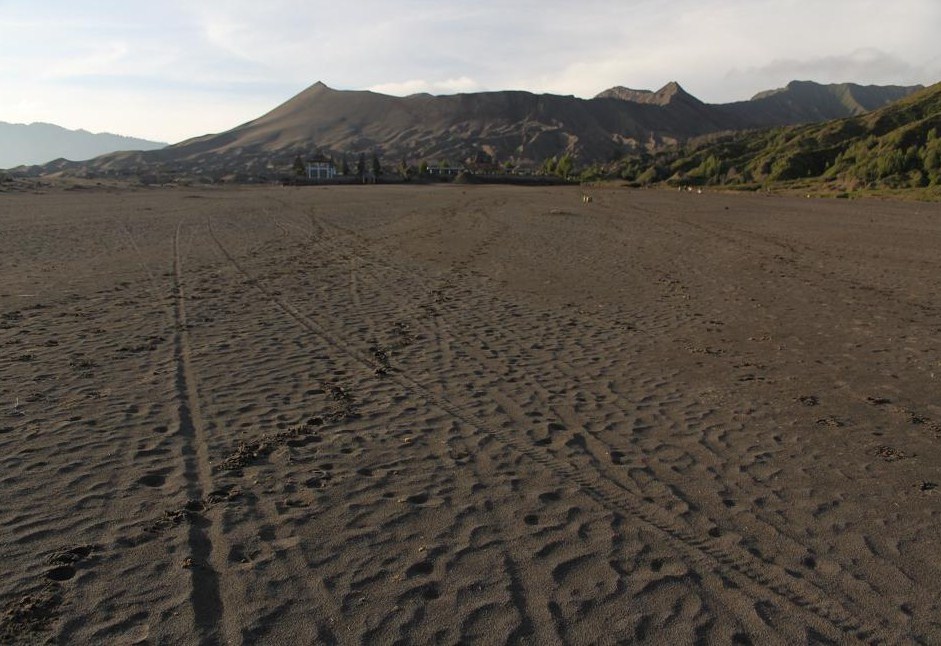 Trails of Horses, Motorcycles, Jeeps and Shoes on Lautan Pasir 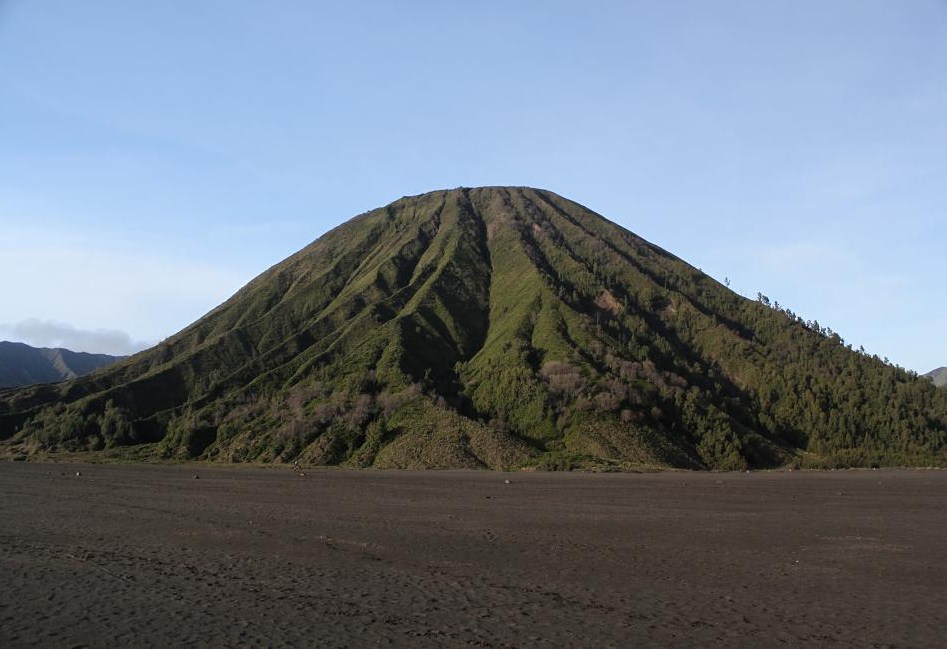 It took us about half an hour to go on a jeep from Mount Penanjakan to Lautan Pasir. It was quite magical to witness the lush pine forests suddenly turn into an endless sea of sand. Passing through it to get to Mount Bromo was somewhat eerily beautiful. After a few minutes, the jeep finally stopped just outside fences (which look more like series of small concrete stacks burried in the sand) which serve as the perimeter of Poten temple. Yes, even in this unlikely inhabited environment, a Hindu temple stands austerely right on the slope of Mount Bromo. 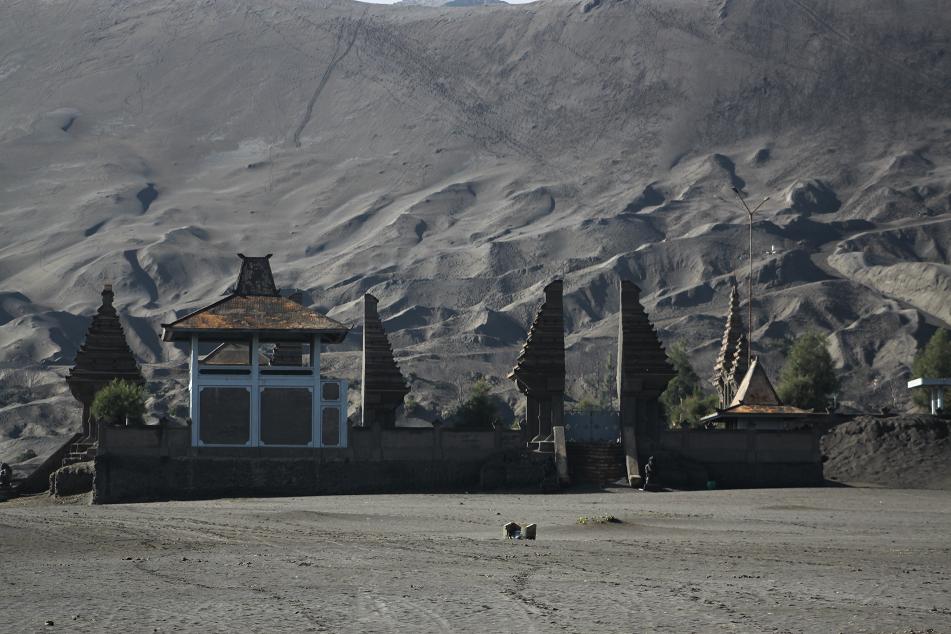 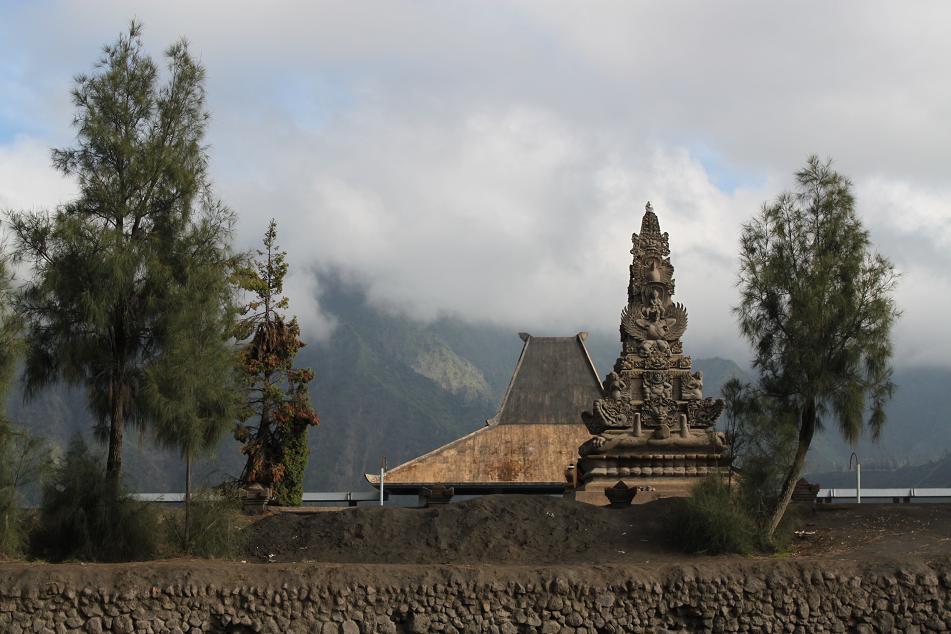 Other Side of Poten Temple

So I got off the jeep, prepared my camera and then I looked behind me, and I was awed. I was standing there, on a sea of sand, and behind me there lies a great natural wall of the caldera’s inner side guarding the entire massif while clouds rolling over it. Such a surreal view. 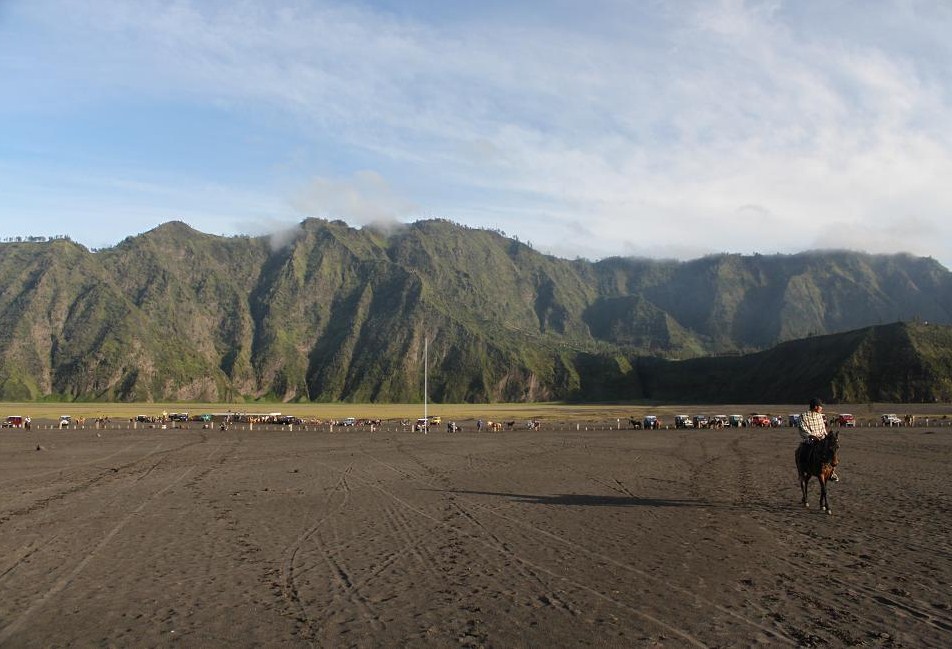 The Wall of Tengger Caldera

Still overwhelmed by the breathtaking view, then I started walking towards Mount Bromo. Local people offered horseback ride to the top of the volcano, which I politely refused. However, walking to the temple felt longer than I previously thought and right after it the path started getting seriously tougher to hike, or maybe it’s because I don’t work out as much as I am supposed to. 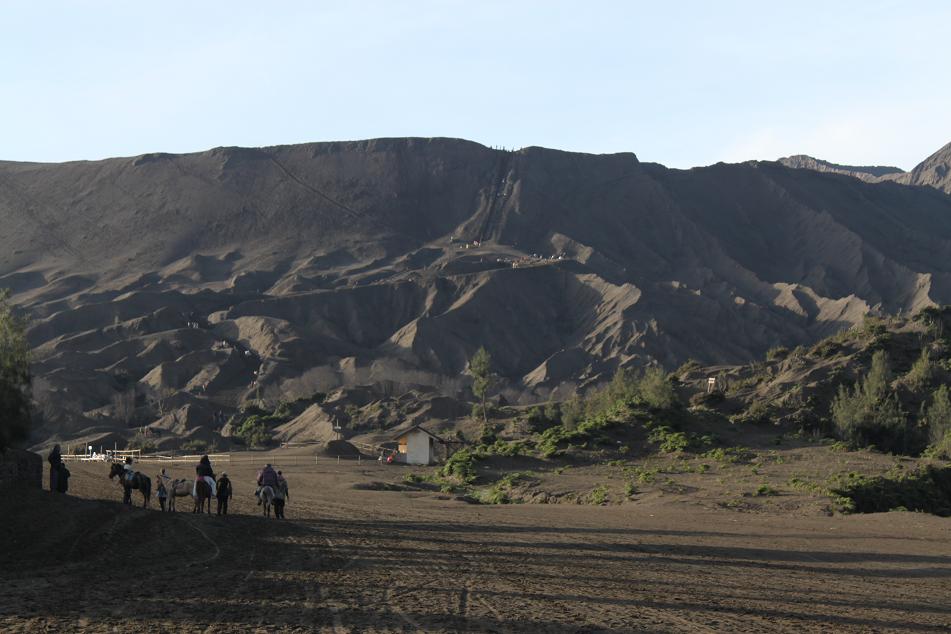 A Seemingly Easy Path to Climb

Now the hardest part of the hike. As some of you might know that in March 2011 Mount Bromo erupted for weeks and it left a considerable amount of volcanic materials, including sand and ash. Because of that, the path which leads to the peak is now covered in a much thicker material. Walking on it is truly a big challenge because everytime I stepped on it, my shoes went a few centimeters in the sand-ash mixture. That makes what should have been a normal hike a rather challenging one. 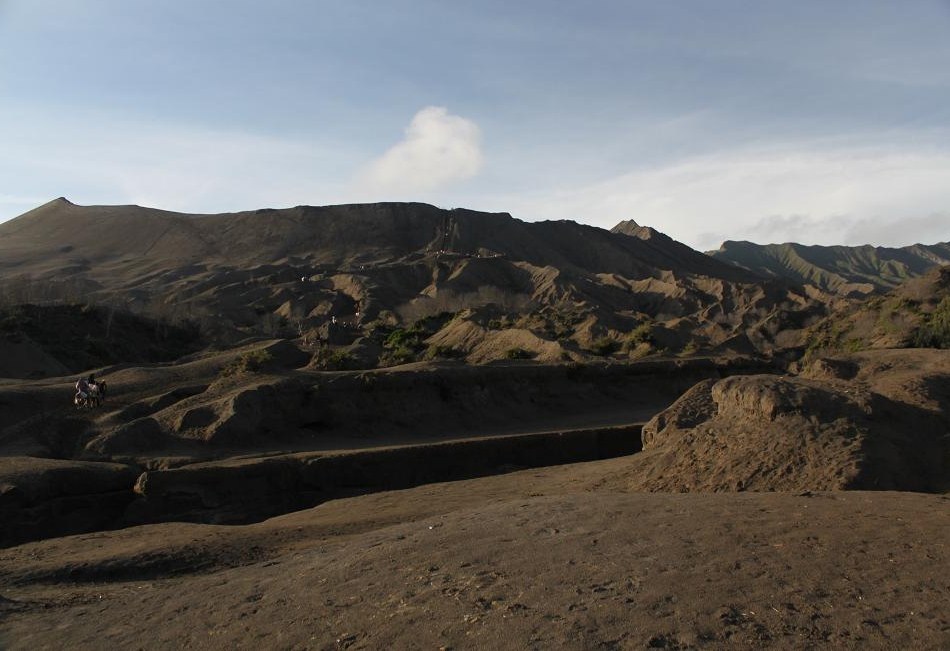 The Terrain on The Slope of Mount Bromo 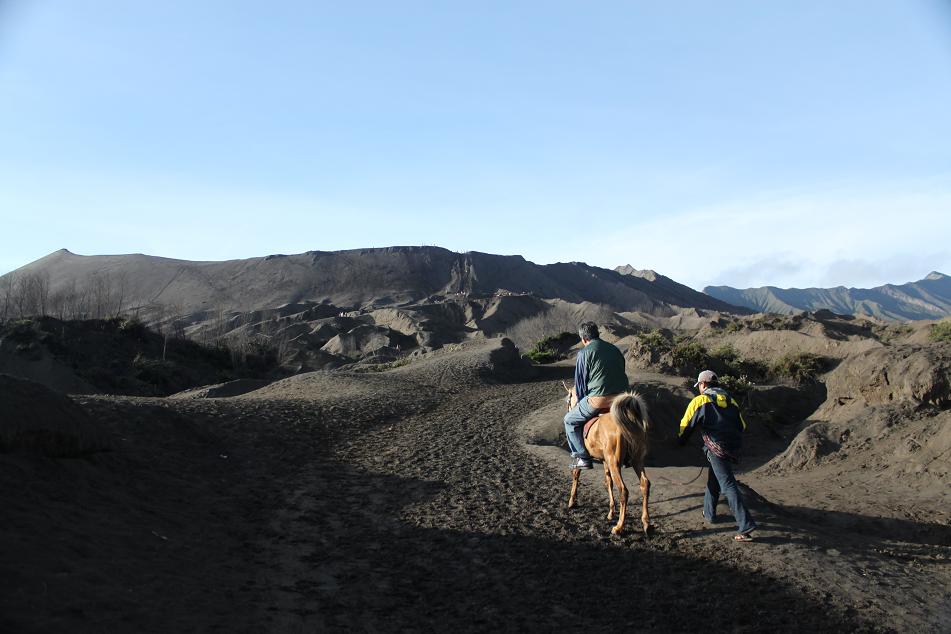 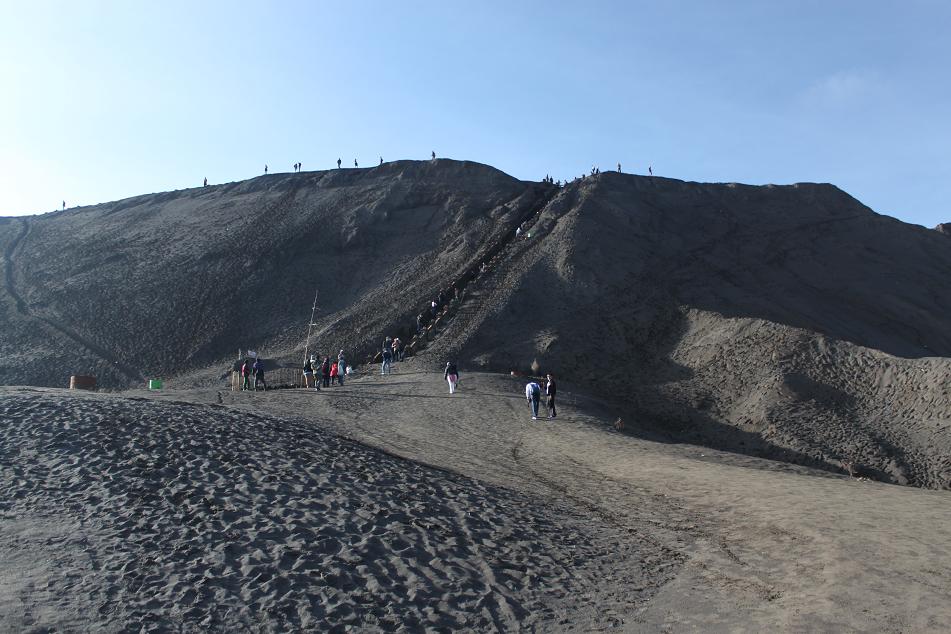 When I walked, horses kept passing me by and the passengers on the horseback all look very happy. That was the time when temptation came to me. Ride the horse, ride the horse not. However I constantly reassured myself that I can do it on foot. After a few halts here and there to catch some breaths, I finally made it to a wide opening on which all horses stopped and all passengers must continue the hike on foot because from this point on there is no other way to go to the peak except climbing the steep stairs which some are still covered in thick ash. So I climbed the stairs, catched more breaths along the way, and finally I found myself standing on the edge of Mount Bromo’s crater. Believe me, the view is worth all the efforts! I got a very rewarding 360-degree view of the entire crater and the whole massif. 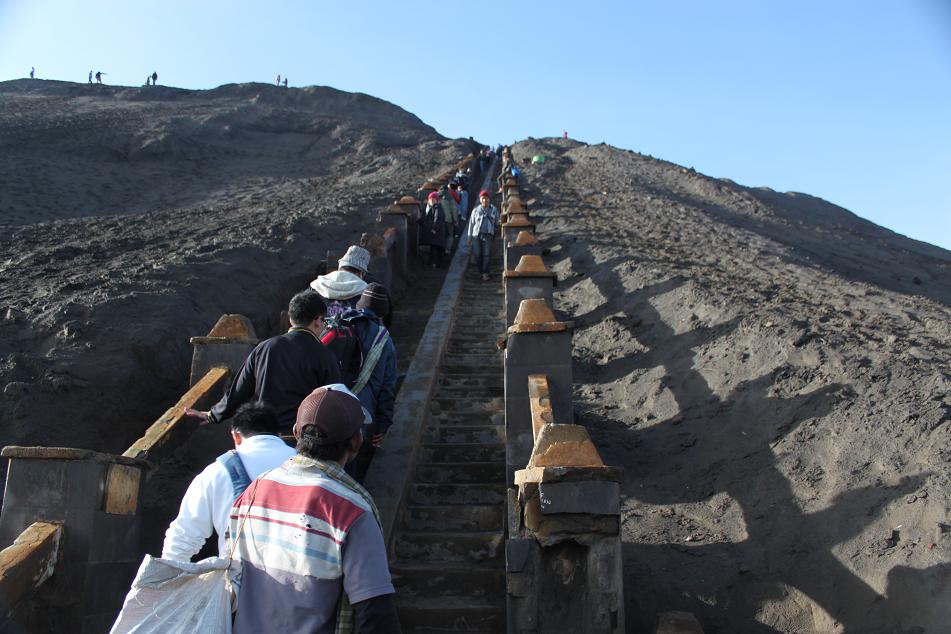 From the steep crater, occasionally comes out white smoke as a reminder that this is an active volcano. However I was extra careful up there because there’s nothing on my right and left side other than open air and steep and slippery sand which leads directly to the crater.  Nevertheless, I saw people’s faces showing a great sense of relief after the hike. Sitting on the peak while enjoying the unearthly scenery that is laid before me is truly the highlight of my current trip. 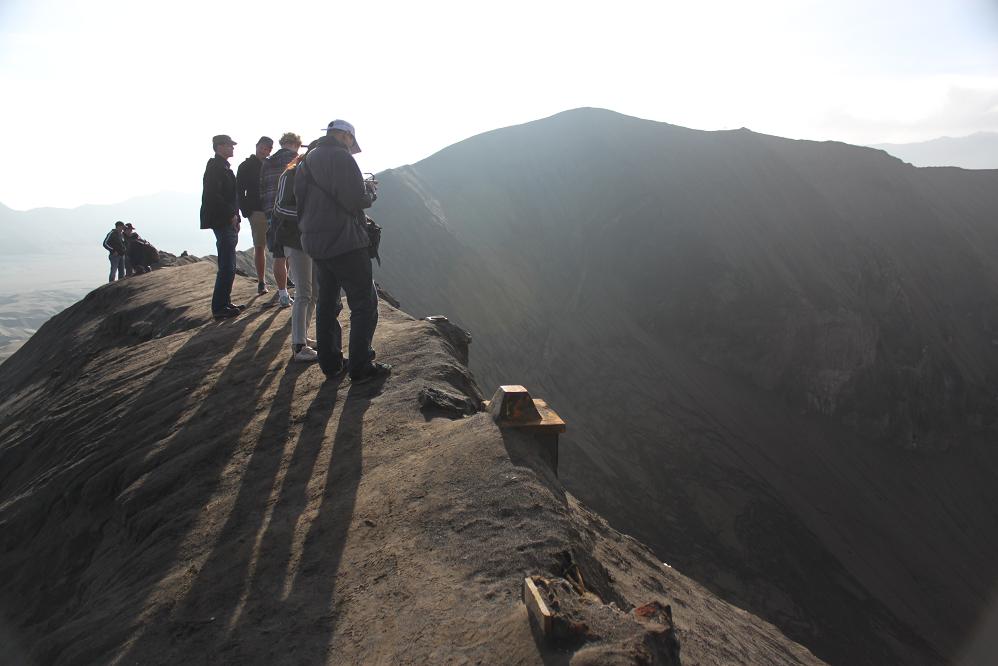 People Staring Into The Crater 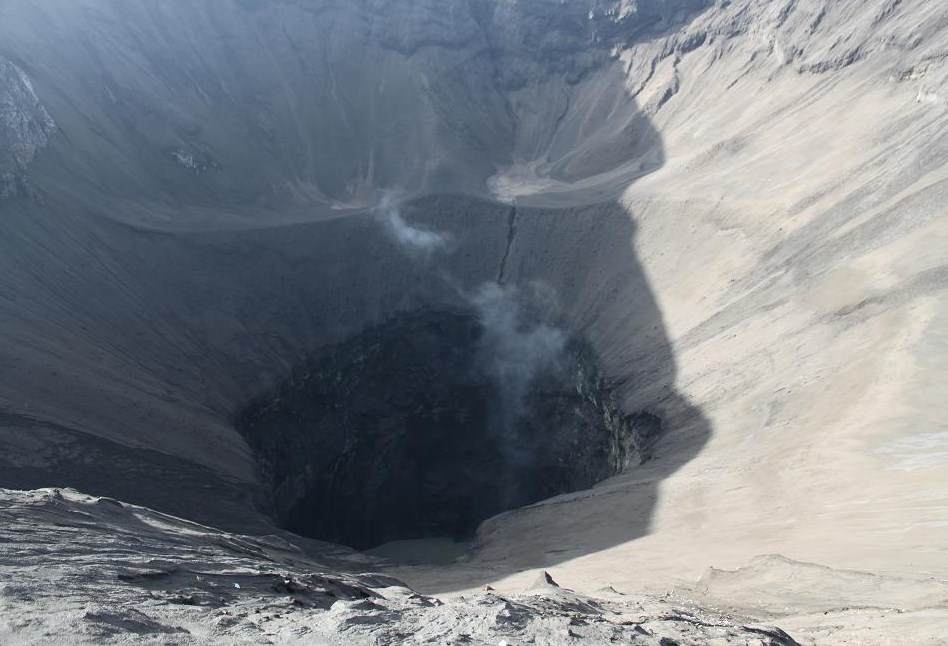 The Crater with White Smoke Puffing Out of It 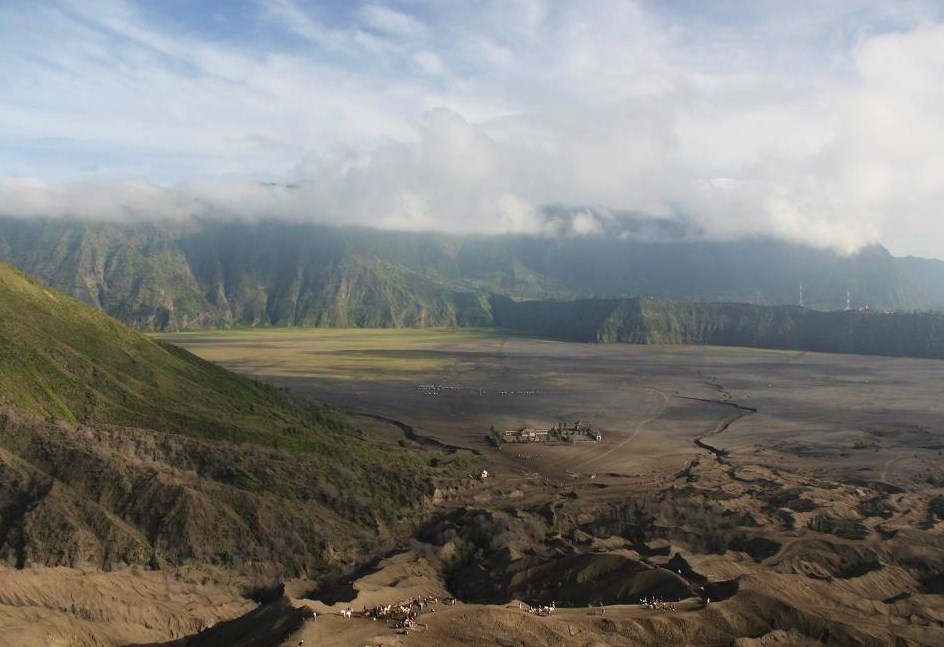 The View is Very Rewarding 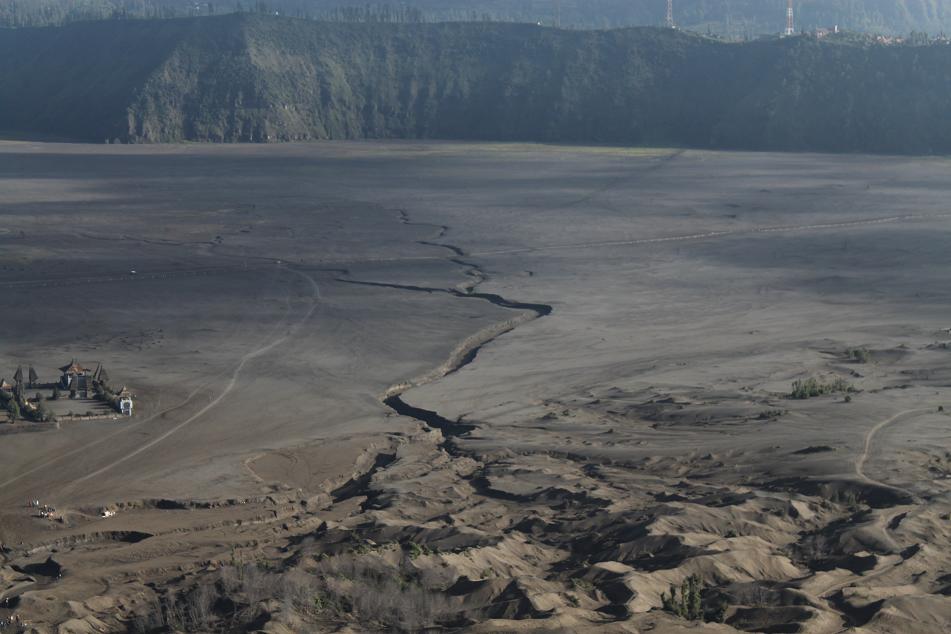 A Large Crack in Which Water Flowed During The Eruption 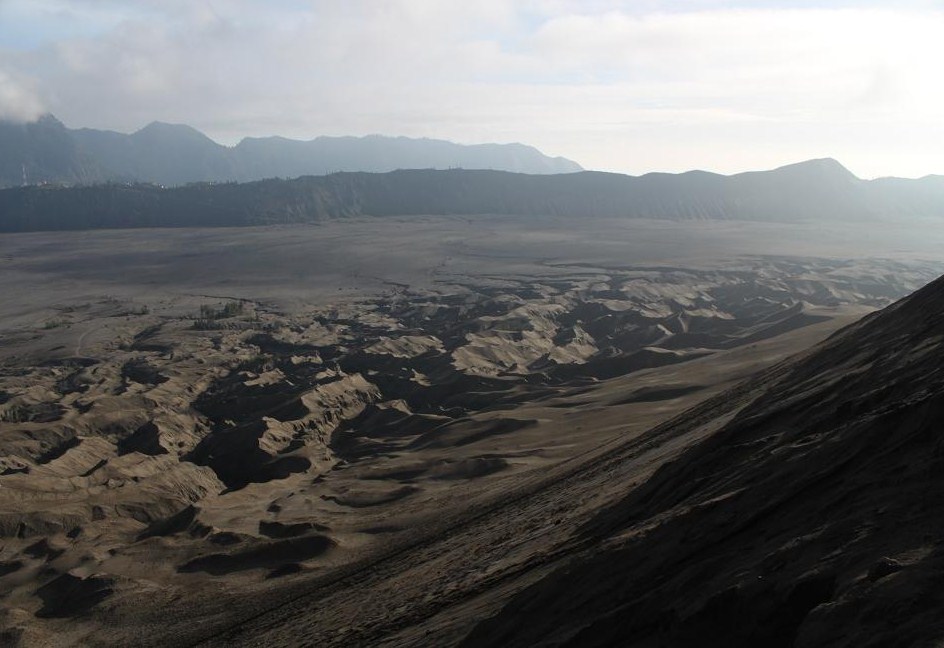 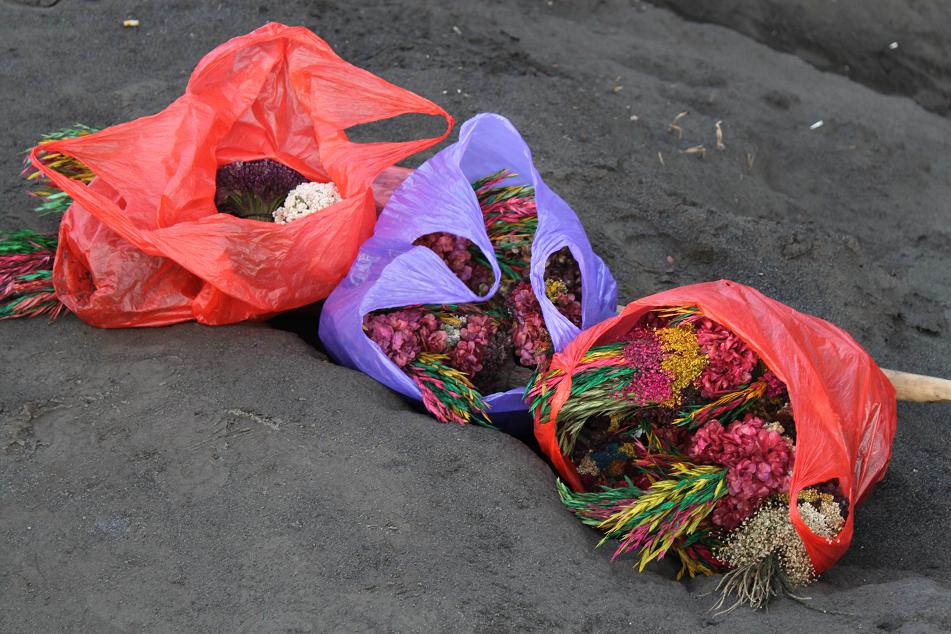 Flowers Which Are Sold by Local People

After this experience, it came to my mind to go to more beautiful volcanoes out there to be awed again and again. I don’t know, we’ll see.