Rivalries among kingdoms, empires and modern-day republics have profoundly shaped humanity in many ways. In the process of outdoing each other – through the economy, military, or culture – monumental edifices were often erected to symbolize a country’s prominence on the world stage. Not only were they built to impress, but also to last for many years to inspire future generations to reach even greater heights. Today a number of cities show how building such structures, if done right, can help bolster their global reputation and bring other benefits despite the astronomical costs usually incurred.

At the time when nothing seemed to be able to stop the growing global hegemony of the British Empire, an imposing structure was built on the banks of the River Thames to replace the old Parliament of England which was destroyed by fire. Built in a Gothic Revival style, the Palace of Westminster with its iconic Clock Tower (renamed Elizabeth Tower in 2012, and housing what is arguably the world’s most famous bell) not only dramatically changed London’s skyline, but it has now become the city’s most distinguishable landmark – even those who haven’t been to a lot of places would recognize it. Almost half a century later, at the heart of Europe following the unification of Buda, Pest and Óbuda to form the city of Budapest, another grand Gothic Revival building was commissioned on the banks of the Danube. Today, when one looks up Budapest on the internet, he or she will certainly get tons of images of the Hungarian Parliament Building for it has now become the city’s most defining monument.

Both London and Budapest built stately parliament buildings to epitomize the powers of the British Empire and the Austro-Hungarian Empire respectively. However, Paris, which was already home to palaces and buildings on a monumental scale, took a different approach when it hosted the 1889 World’s Fair. Taking its cues from France’s industrial and scientific progress in the 19th century, a wrought iron towering entrance to the fair was built. From the ground to the tip of its pinnacle, the tower – later known as the Eiffel Tower – stood at 324 meters upon completion, making it the tallest man-made structure on earth for more than 40 years. Several decades later, across the Atlantic, the race for new heights also took place in earnest. In 1930, the newly-finished Chrysler Building reached a height of 318.9 m, only to be surpassed by the Empire State Building 11 months later. Ironically, New York City’s obsession to build the world’s tallest buildings occurred during the early years of the Great Depression.

In the meantime, halfway across the globe and all the way down in the Southern Hemisphere, Australia, which had been founded as a convict colony almost 150 years earlier, was reeling from the major global economic downturn. Its dependence on agricultural and industrial exports meant that the country was hit especially hard. Unemployment reached 29% in 1932 as export demand and commodity prices plummeted. However, in the same year the colossal Sydney Harbour Bridge – which had been planned since 1914 but only started to be built in 1923 – was officially opened. Connecting the northern and southern sides of Port Jackson – an inlet of the Tasman Sea – the bridge was built on a much grander scale compared to Hell Gate Bridge in New York City, from which it drew inspiration. Straddling Sydney’s picturesque harbor, the Harbour Bridge became an iconic symbol of the city’s perseverance during challenging times as its construction helped many workers remain employed. In the years that followed the Great Depression, Australia’s economy gradually recovered thanks to an increase in wool and meat prices.

More than a decade after the completion of the Harbour Bridge, at a time when the Great Depression had become history, Sydney’s economy thrived which provided a boost to the city’s cultural scene. Eugene Goossens, the director of the Conservatorium of Music of New South Wales (NSW), saw the need for Sydney to have a bigger and more representative venue for large theatrical productions. With the support of the NSW Premier, an international competition was launched in 1955. Proposing a groundbreaking and futuristic design inspired by nature, a rather unknown Danish architect by the name of Jørn Utzon was announced the winner of the competition in 1957, beating out entries from 32 other countries. Construction began in 1959, but technical difficulties that arose in bringing the radical design to reality using existing building technology forced several changes to be made, eventually pushing its completion date 10 years behind schedule with a total cost overrun exceeding 1,300% of what was originally planned.

Finally the brand new Opera House was formally opened by Queen Elizabeth II in 1973 and has now become Sydney’s most endearing landmark. Nevertheless, with the construction of grander, more sophisticated and more imaginative buildings across the globe today, some 21st-century visitors might not fully comprehend what makes the Sydney Opera House so unique and invaluable. Its complex geometries spearheaded the use of computer-aided design to create previously impossible large-scale architectural plans. Technological innovation also played an important role in the structure’s air conditioning system where the water from the harbor was harnessed to cool down the building. The Museum of Sydney – occupying a plot of land where the official residence of the governor of New South Wales once stood – provides visitors with more information about the timeless architectural wonder which in 2007 was listed as a UNESCO World Heritage Site. Together, the Opera House – a symbol of Sydney’s cultural aspirations – and the Harbour Bridge – a testament to the city’s resilience – have shaped the image of Australia’s biggest city as a lively and dynamic place. Like true icons, both serve a purpose far greater than functionality, leaving their mark and ensuring a legacy for many generations to come. 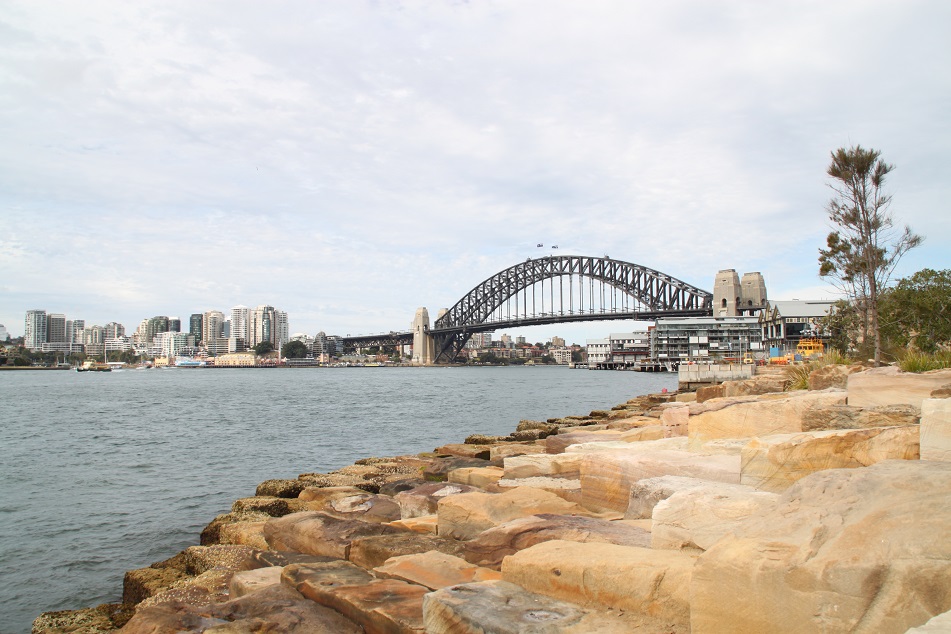 The Bridge as Seen from Barangaroo Reserve 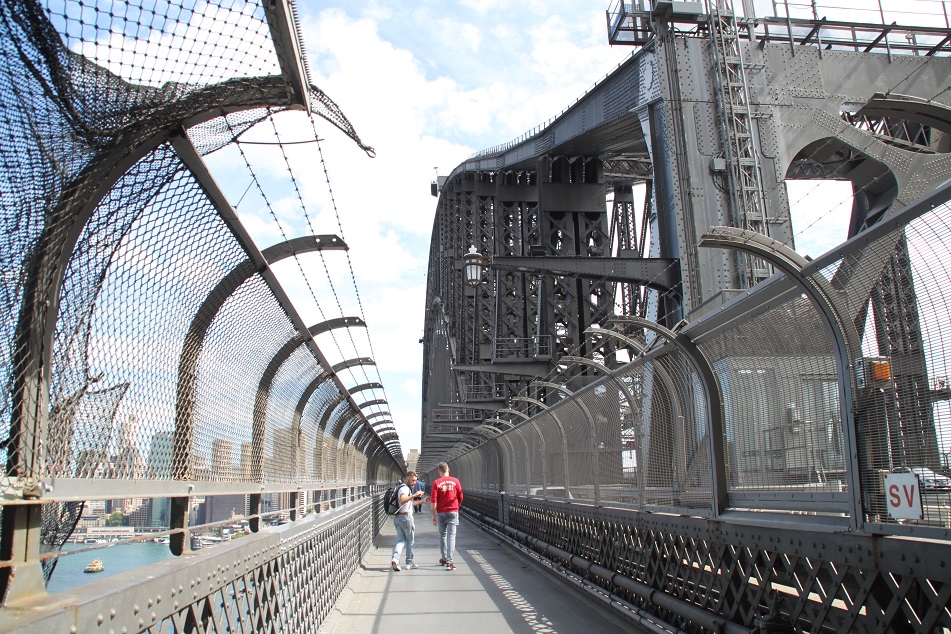 Walking across the Engineering Marvel 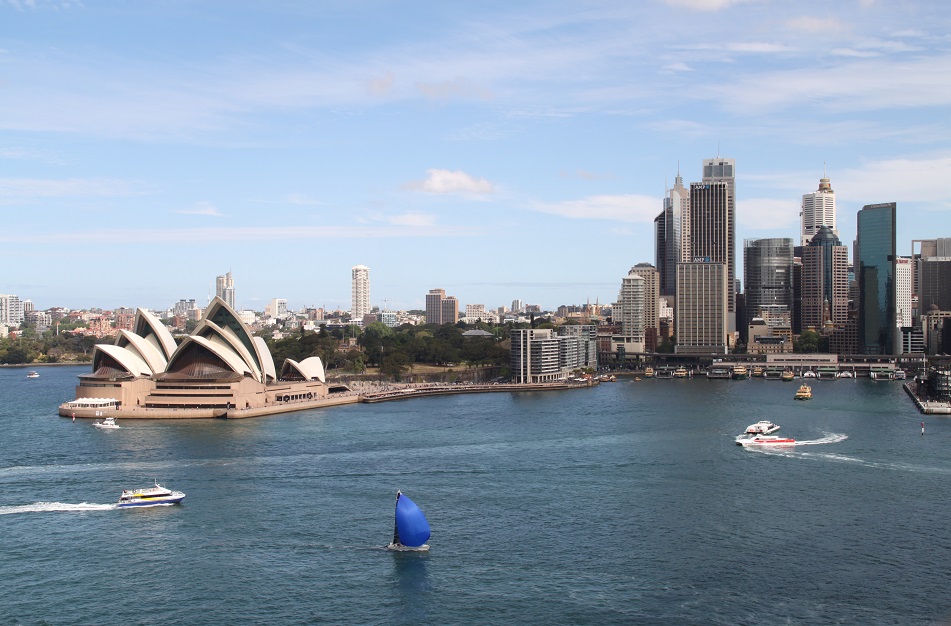 Boats Leaving for the Northern Shore of Port Jackson

The Futuristic Structure Bathed in the Afternoon Sun

The Roof Tiles Up Close 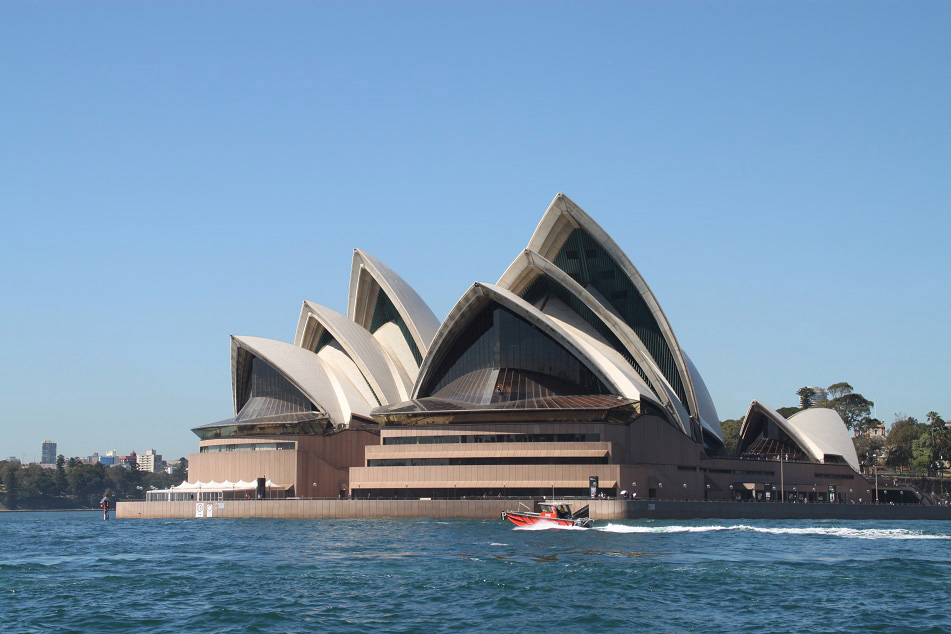 Another Perspective on Sydney’s Most Emblematic Landmark

Water Traffic to and from Circular Quay

All Sorts of Vessels Pass By the Grand Monument

The Opera House and the Harbour Bridge Viewed from Cremorne Point

50 thoughts on “Enduring Icons of Sydney”