In politics there are no permanent friends or enemies, only interests. This has been repeatedly proven in the history of relations among nations where two unlikely partners often formed alliances to defeat their common rival. The Dutch East India Company (VOC) demonstrated this tactic when they entered an alliance with the Kingdom of Kandy in Sri Lanka to take over Portuguese strongholds, and eventually banish the Iberian power from the island. The VOC, however, were more careful when dealing with competing sultanates in northern Sumatra – another region where they had trade interests. By doing so, they trod a fine line between engaging in local politics and being one of the key players of economic activities there.

In the early 17th century, the sultanate of Aceh Darussalam – one of the most powerful states in the region – conquered the Portuguese-backed Kingdom of Aru which occupied a land later known as Deli. For almost four decades Deli remained under the influence of its northern neighbor until the reign of Sultana Safiatuddin Tajul Alam of Aceh who ascended the throne following her husband’s death. The once mighty Aceh Darussalam entered a period of instability, and the sultana’s 28th year of rule was marred by the declaration of independence by Tuanku Panglima Perunggit, the grand vizier of Deli.

The new sultan of Deli soon established a connection with the Dutch who had conquered Malacca from the Portuguese decades earlier. Trade between the two began to develop, paving the way for closer ties in the future. However, decades after the death of Tuanku Panglima Perunggit, internal conflicts emerged among his grandchildren with a foreseeable outcome. The alienated oldest grandson left the palace with his mother and later established the Sultanate of Serdang.

The Mosque’s Side View

Different Architectural Elements of the Mosque

Under the Main Dome

Through the Stained Glass 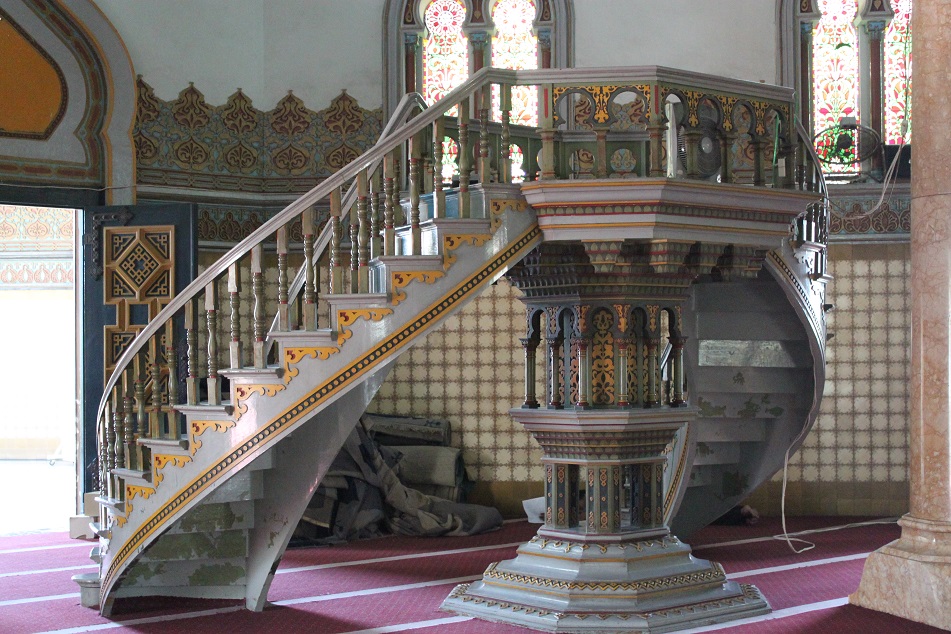 Deli’s growing significance as the producer of several commodities, including sandalwood and camphor, as well as the ongoing conflict with Serdang tempted other sultans in the region to exert their dominance over the sultanate. Aceh Darussalam to the north, Johor across the Strait of Malacca, and Siak Sri Indrapura to the south were all vying for control of Deli. But good relations with the Dutch not only provided Deli with a stable and reliable trading partner, but also ensured security from their envious neighbors.

Toward the end of the 19th century, the ninth sultan of Deli, Ma’mun Al Rashid Perkasa Alam, brought in unprecedented wealth to his sultanate thanks to one commodity: tobacco. Because Deli was blessed with soil ideal for growing tobacco, foreign investors poured their money in plantations all across the sultanate. Deli Company, a trading and distribution company founded by a Dutchman by the name of Jacobus Nienhuys, was one of the private-owned companies reaping huge profits from the lucrative tobacco industry. Deli soon rose as one of the world’s major tobacco producers and the Amsterdam Stock Exchange-listed Deli Company became the first modern company to pay large annual stock dividends – one of the firsts the Dutch city witnessed following the European power’s domination in trading activities across Indonesia (the Amsterdam-based VOC was the world’s first multinational company and Amsterdam Stock Exchange was the first stock market in the world).

Deli’s prosperity prompted the sultan to move the capital to Medan where he would build a new palace and a state mosque. Maimun Palace was completed in 1891 and the construction of Al Mashun Grand Mosque began fifteen years later.

Maimum Palace of the Sultanate of Deli 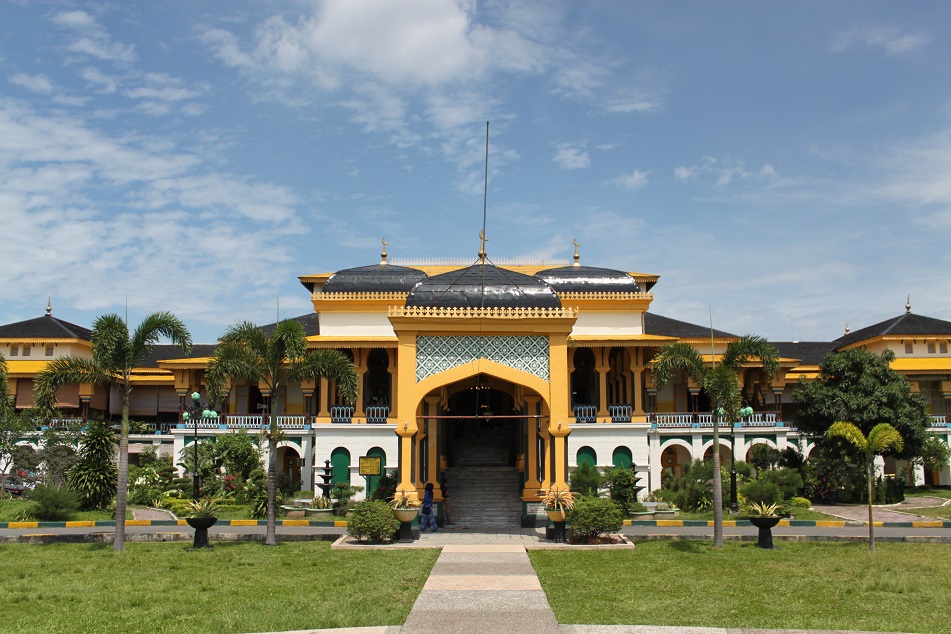 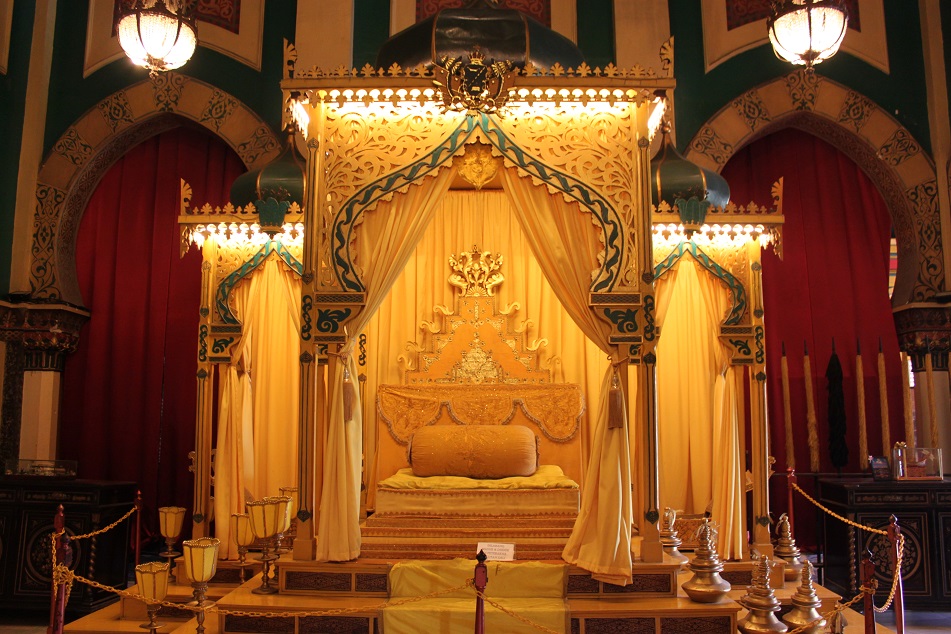 The Throne of Deli

One of Medan’s Main Landmarks

A Colonial Building at the Northern End of Kesawan

At the Southern End of Kesawan

Economic activities in Medan flourished, luring merchants and laborers alike from neighboring islands as well as faraway lands to the city to seek a better life. Tjong A Fie, a Hakka teenager from Guangdong in China, and his brother were among the people who left their homes and arrived in Medan to escape poverty. He started out by working in a shop belonging to his brother’s friend, and in the following years they set up their own business tapping the thriving plantation industry. At the turn of the 20th century, the Tjong brothers had become the richest people in Medan and their business empire was one that comprised of tobacco, tea, palm oil and sugar plantations as well as a bank and railroads.

Tjong A Fie’s prominence among the Chinese community in Medan brought about his appointment as the city’s Kapitan Cina (a title given to the leaders of Chinese communities across Southeast Asia). Not only was he a respected business magnate, but he was also involved in various philanthropic activities. He donated a part of his wealth to build temples, mosques, churches, schools and hospitals in Medan, earning him sympathy from the people.

However, in 1921 the city was shocked by Tjong A Fie’s sudden death of apoplexy. Soon, thousands of people turned up not only from Medan, but also from Java, Penang and Singapore to mourn him. Today one of his most enduring legacies stands at the heart of the city, in a district called Kesawan. Tjong A Fie mansion, which was completed in 1900, is a beautiful marriage of Chinese traditional architecture with European furniture and decorations. It is also a testament to a sizable Chinese community in a city that people from different faiths and ethnicities call home. 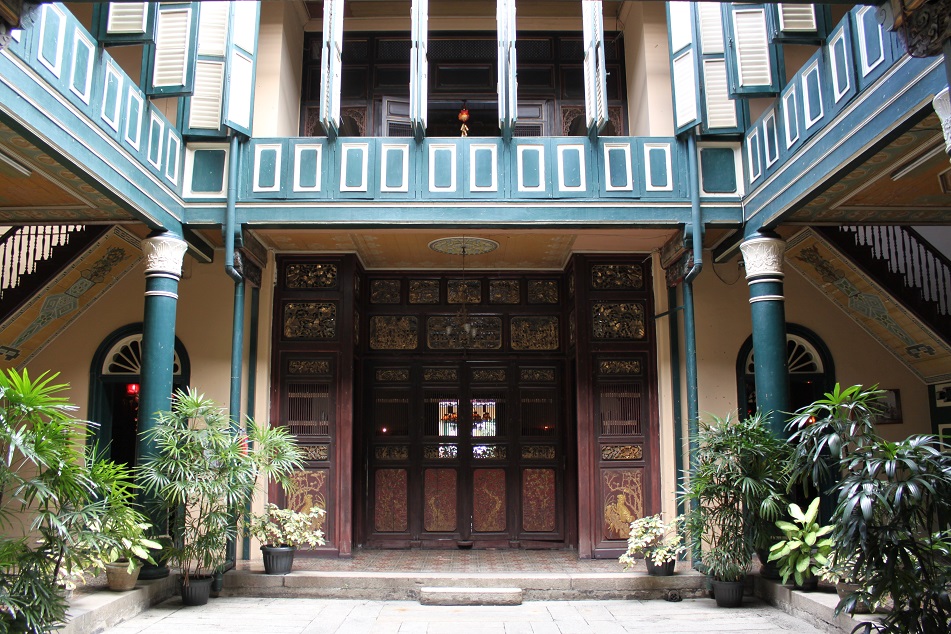 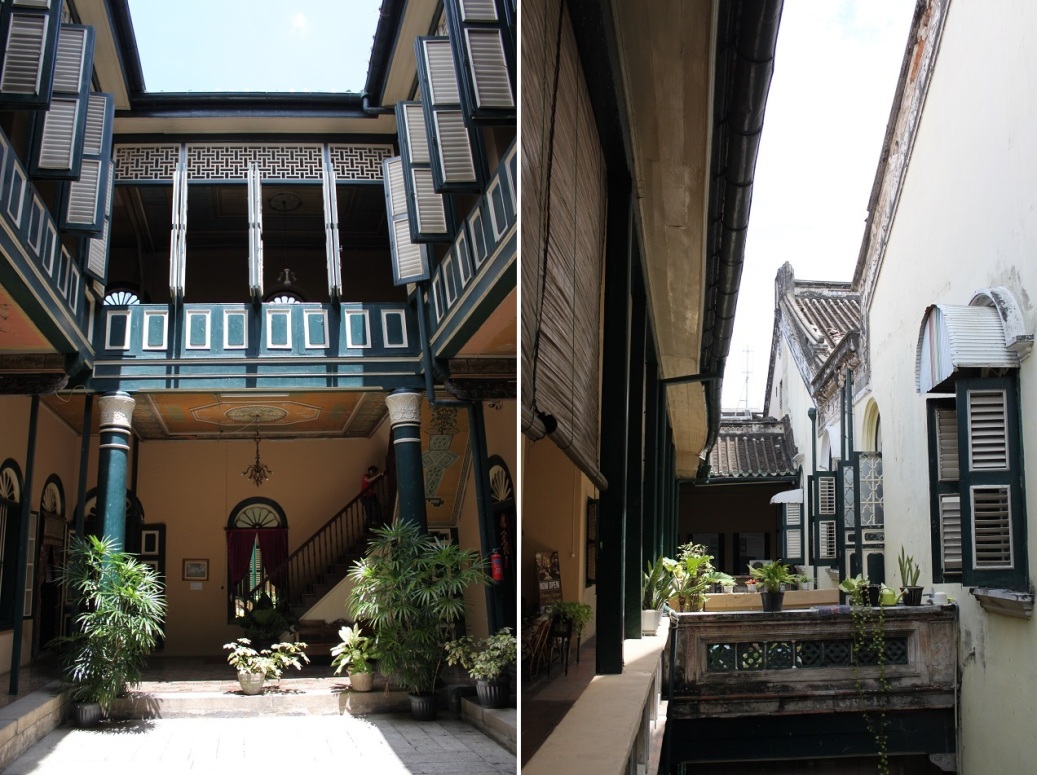 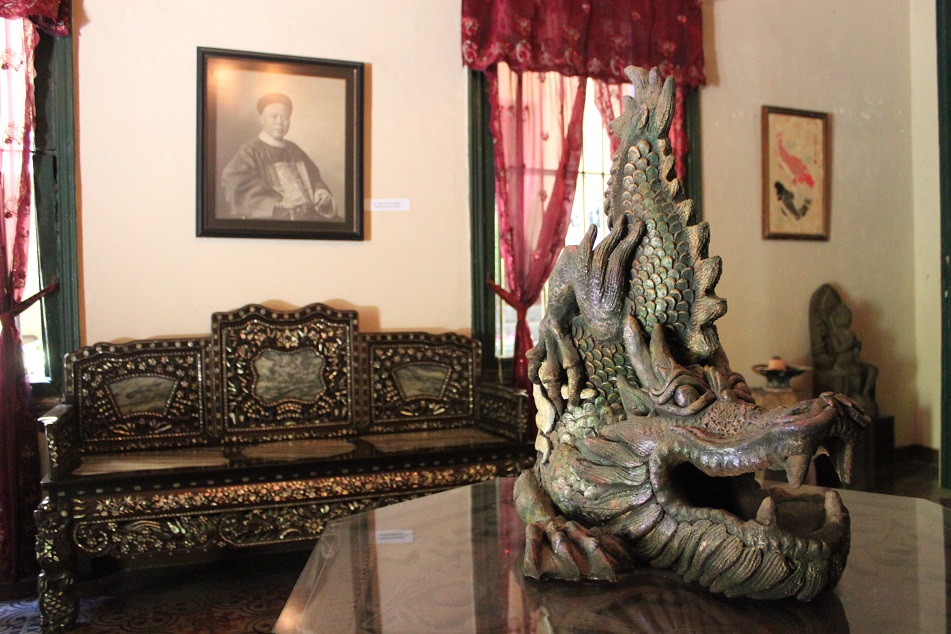 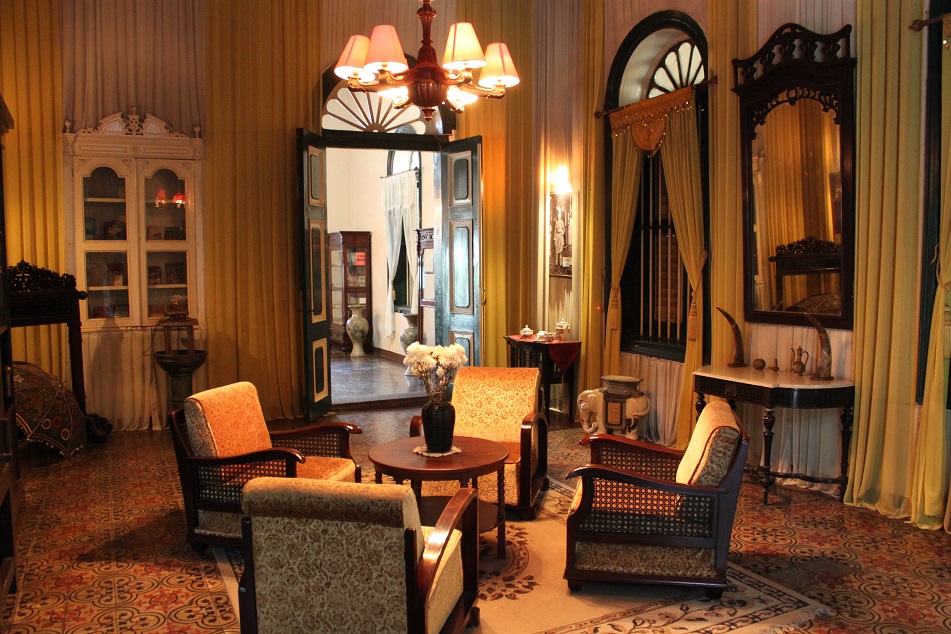 One of the Rooms in the Mansion 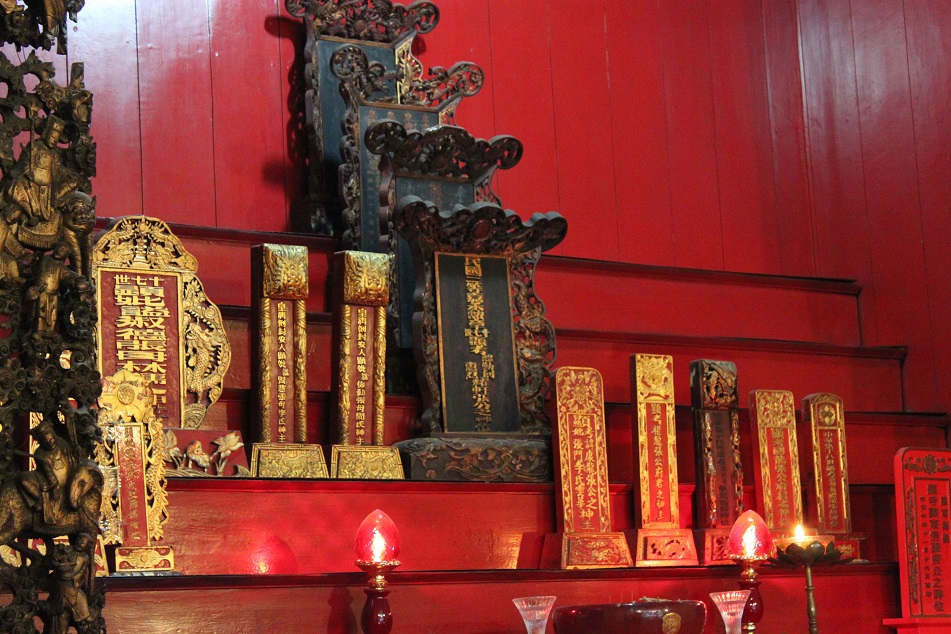 Altar of the Ancestors

47 thoughts on “Medan: From Deli to Tjong A Fie”