For more than fifteen years Dhatusena ruled Anuradhapura and built multiple irrigation tanks and canals. He had two sons and one daughter, but it was the second son who became the crown prince for the eldest son was born to a non-royal concubine. Kasyapa, as the dissatisfied elder son was called, found a valuable ally in Migara, the army general who was both Dhatusena’s son-in-law and nephew. Migara had reason to desire the king’s removal, for the murder of his own mother was orchestrated by Dhatusena himself. With Migara’s help, Kasyapa usurped the throne and imprisoned his own father.

The legitimate heir to the throne, Mogallana (Mugalan), fled to South India and planned a strategy to claim what was rightfully his. Fueled by greed and made to believe that Dhatusena had hidden his treasures in a secret place, Kasyapa demanded his father to show him the location. Dhatusena, released from the prison only to reveal the site of his purported treasures, took Kasyapa to one of his man-made reservoirs and told him that its water was the only treasure he had. Blinded by rage, Kasyapa killed his own father.

Kasyapa became an unpopular king, and earned the nickname Kasyapa the Patricide (he was not the only one, though, as there had been more than a dozen of such killings in history). Because of this, and fearing revenge from Mogallana, Kasyapa moved his capital from Anuradhapura to Sigiriya further south. He did try to make amends by expanding the courtyard of Isurumuniya and improved the condition of the temple by donating grants. But his true focus was building a new palace on top of the Sigiriya rock which would provide him with an unobstructed view in all directions, practically making the new palace in and of itself a fortress. In doing so, he ordered a sangha (a Buddhist monastic community) to evacuate the site, and relocated them to the nearby Pidurangala rock.

A palace would not be complete without beautified surroundings and a multitude of artwork to impress. Hence Kasyapa built a sophisticated irrigation system to supply the pools and fountains in the palace garden. Adorning the new palace with conventional artwork proved to be difficult, naturally, as it sat on top of a gigantic rock. The innovative solution was to install a long wall made from polished porcelain-like material on the outer side of the pathway, halfway up the rock face. Above the Mirror Wall, as the feature is now called, brightly-colored frescoes depicting female figures with different headdresses, complexions and attires were created. In addition, at the base of the final flight of steps to the palace a massive lion head and two paws were constructed.

As Kasyapa had predicted, Mogallana did return to Lanka, bringing along an army he organized during his exile. The rock fortress proved futile in preventing the loss of Kasyapa’s army, partly because Migara defected to Mogallana’s side. Knowing that his fall was imminent the embattled king decided to kill himself with his own sword, ending a brief period when the kingdom of Anuradhapura was ruled from Sigiriya. Mogallana soon moved the capital of his kingdom back to Anuradhapura, and handed over Sigiriya to a Buddhist sangha for use as a monastery once again.

One of the Ponds at the Royal Garden

Going up to the Frescoes

The Maidens of Sigiriya 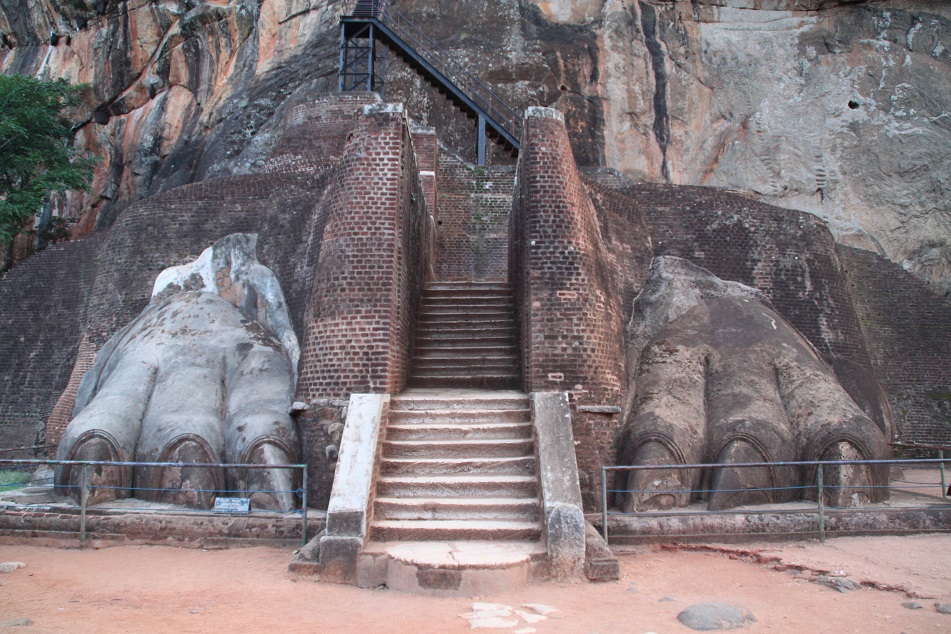 Lion Paws, above Which the Lion Head Once Stood

View from the Top

Waiting for Sunset at the Palace Ruins 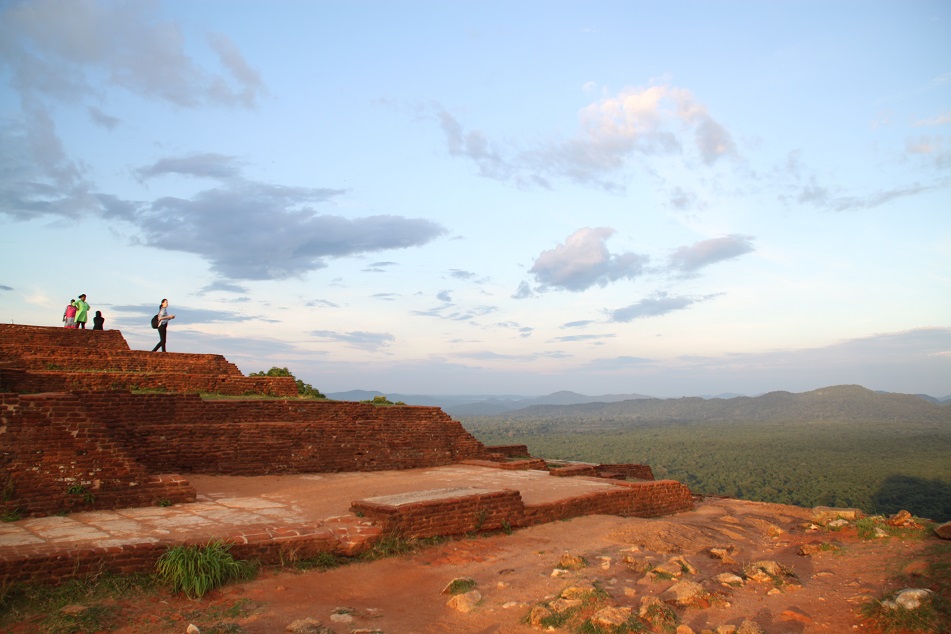 Where King Kasyapa Used to Live

An Engineering Marvel from the Ancient Time

Millions of Bricks were Used to Build the Palace

Pidurangala Rock Next to Sigiriya

68 thoughts on “Sigiriya: A Lethal Ambition”