Pempek in Different Types and Shapes

Ask any Indonesians about what comes first in their minds when they think of Palembang, quite possibly most of them would answer “pempek”. Also known as empek-empek, the dish comes in a wide array of variety; from fish balls (adaan), to cylindrical fishcake (lenjer), tightly packed fish noodles (keriting), fishcakes with slightly crispy crust (kulit), and grilled fishcake (panggang) as some of the most popular and widely available types of pempek.

The main ingredient to make pempek is, obviously, fish, along with tapioca which gives the dish its slightly springy texture. Typically tenggiri (a group of fish from the Scombridae Family in which Spanish mackerels belong) is used to make the dough, although the more expensive and rare belida (giant featherback) is more preferred – widely praised for its rich and intense flavor.

But one variety of pempek stands out among others for its biggest-than-fist size and bright yellow egg filling. Curiously called pempek kapal selam, literally ‘submarine’ pempek, the dough is made in a similar fashion with other pempek, but before it is cooked a chicken egg is added into the center of the dough. For serving, some people prefer to have the cooked submarines briefly fried to give the dish a golden brown look.

Pempek without cuko is comparable to sushi without the Japanese soy sauce. Made from palm sugar, vinegar, garlic, dried shrimp, and bird’s eye chili peppers, the viscous black sauce is essential in pempek serving. Its strong and refreshing flavor brings the mildly savory taste of pempek to another level – addictive level in my case. 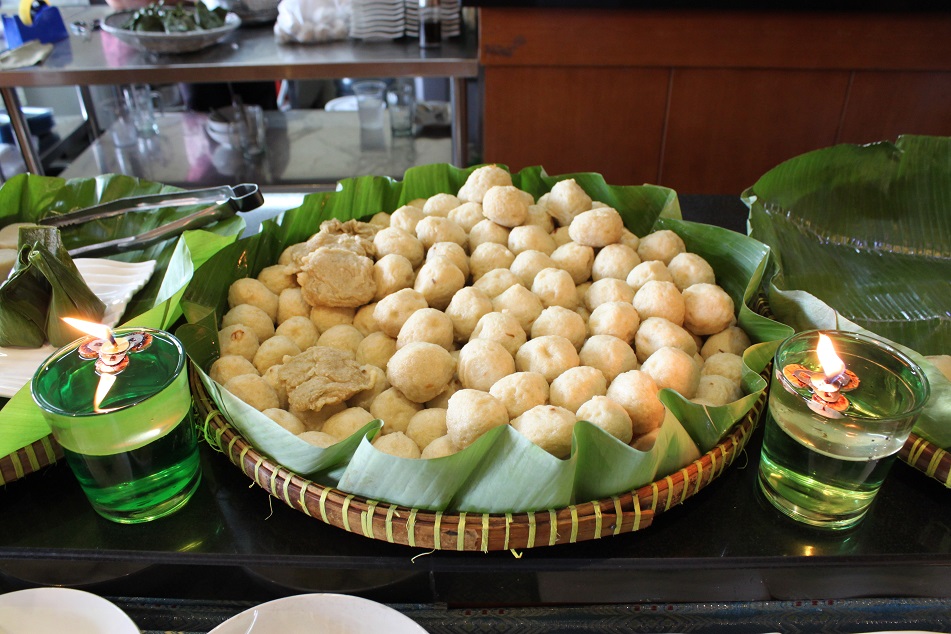 However Palembang culinary scene, which revolves very much around fish and shrimp, varies greatly beyond the already plentiful number of pempek variations. Tekwan and model are different variants of fishcake notable for the way they are served: chopped fishcakes in shrimp broth with rice noodles, chopped coriander, and fried shallot.

While pindang is a method of cooking where snakehead murrel or shark catfish – two of the most common freshwater fish used in the dish – is cooked in a broth of tomato, shallot, chili, lemon basil, pineapple, and belimbing wuluh (Averrhoa bilimbi, believed to be native to Maluku, Indonesia), the latter gives the dish a refreshingly sour kick.

There is one dish, however, which is often overlooked by many, especially those from outside Palembang, as they often opt for the highly popular pempek. A serving of mie celor, a dish made from large yellow noodles blanched in hot water (a technique locally known as celor, hence the name) and served in dried-shrimp-flavored coconut milk with boiled egg and other ingredients, is a hearty meal perfect for any time throughout the day.

From the bountiful Musi River and its tributaries to the abundance of the open seas, one can’t help but notice how dependent the locals are on the waters to feed them. But Palembang’s food culture also speaks of strong Chinese influence which, over generations, had evolved to suit local taste buds better. An example of the many cultural exchanges that have shaped not only the culture, but also the city itself into what Palembang appears today.

Pindang Patin, A Similar Dish Made from Different Fish 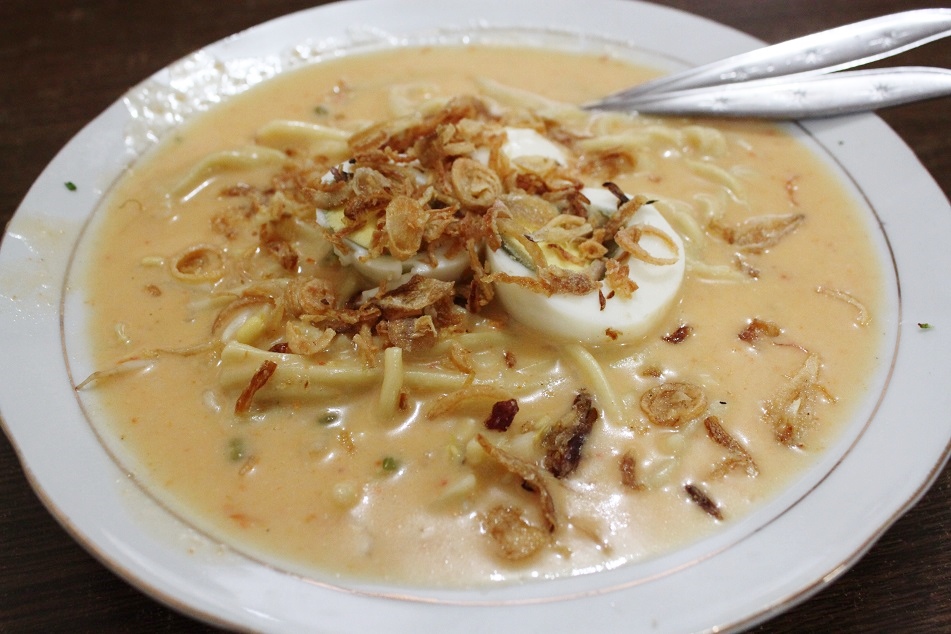 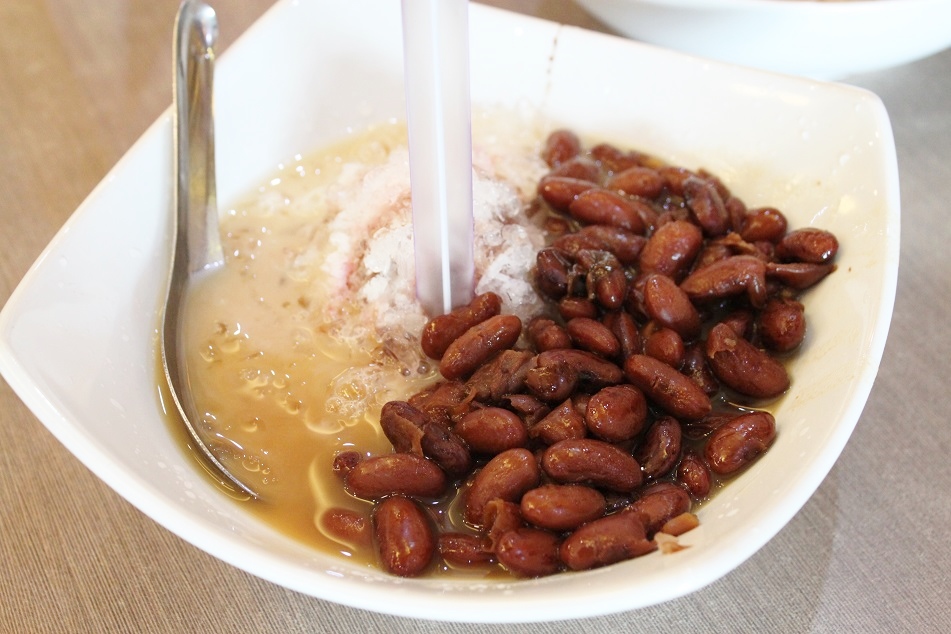 92 thoughts on “From Fish Balls to Submarines”