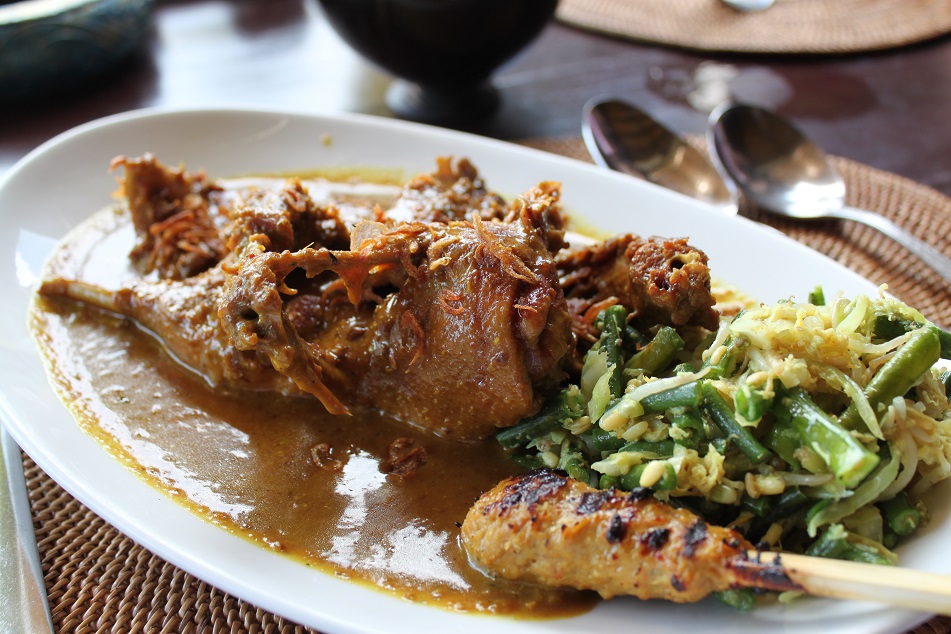 Bali lures people from all over the world to come and see its prolific rice terraces, turquoise beaches, rich marine life, and active volcanoes. Also for its unique cultural scenes mostly exclusive to this island – with a land area a little larger than Connecticut or about twice the size of Luxembourg – among Indonesia’s 17,000 chain of big and small islands. But only a handful of people leave their houses and go all the way to this tropical paradise with Balinese food on their minds.

Nasi goreng – literally fried rice – often becomes the dish of choice for those who have the curiosity towards Bali’s local dish, but not enough time or courage to sample a wider array of local cuisines. although one can actually find it throughout the vast archipelago with variations from each region. However nasi goreng is not an exclusively Balinese dish as it can be found easily throughout Indonesia – with variations from one house to another. Only trying nasi goreng while traveling to Bali or Indonesia in general is comparable to having fish and chips while one is traveling in the UK; sure it is a dish the locals eat, but the country has a lot more to offer than just that. Sometimes we are tempted to eat something we are rather familiar with, than to expose our taste buds to completely new flavors. But in Bali it is also a matter of availability – Italian, French, Japanese and American restaurants can be easier to find than those who serve local dishes, particularly in the most touristy places. Now that the government is attracting more Chinese tourists to come we can expect new Chinese restaurants opening up in the crowded southern Bali.

Finding local joints serving authentic Balinese dishes is more about understanding how the different peoples who came to the island centuries ago have shaped the island’s cultural and culinary landscape than just ticking off the list of “been there, tried that”. Chili and peanut are native to the New World, but the European traders introduced them to other parts of the globe during the height of the Age of Exploration. Today they have become staple ingredients in kitchens all across Indonesia alongside with spices native to the archipelago.

Chili, in particular, is one thing Indonesians incorporate so profoundly into their dishes. In the form of sambal – ground or chopped chilies mixed with other condiments ranging from garlic, shallot, palm sugar, tomato, shrimp paste, herbs, sweet soy sauce, to basically everything one can find – chili is inseparable from many Indonesian cuisines as well as addictive that some people can’t and won’t leave the country without bringing bottled sambal in their backpacks. Fried, sautéed or raw, dozens of types of sambal make their way to dining tables across the nation everyday. 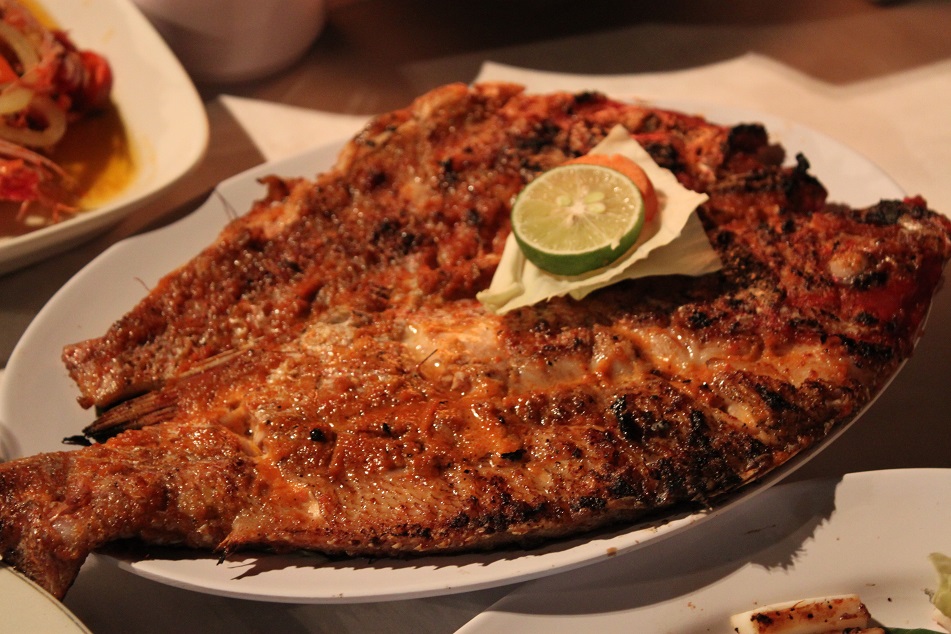 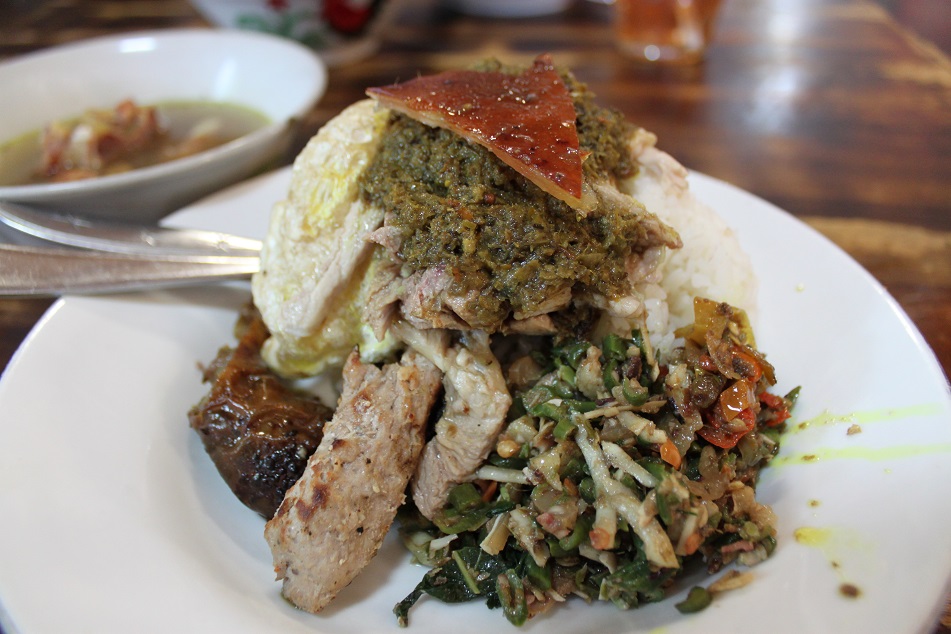 In Bali, sambal matah – literally raw sambal – proves to be a popular accompaniment for fried or grilled fish freshly caught from the island’s bountiful seas. Chopped shallots, garlics, bird’s eye chilies, lemongrass, and kaffir lime leaves provide a fresh kick to the subtle, sweet taste of the fish. As for land-roaming animals, chicken and duck are widely used in local dishes with betutu as one of the most preferred and distinctively Balinese ways of cooking the birds.

Despite the common name, betutu varies from one region to another: roasting and steaming are the most popular methods of cooking a betutu, while stuffing the chicken or duck with herbs and spices is generally practiced in the preparation process. Of all betutus that I have ever tasted, by far Pak Sanur’s ayam betutu in Ubud is still my favorite, although the fact that it comes with very spicy and delicious sambal may have contributed to my biased preference towards it.

During my last year’s trip to the island when I went to Singaraja on the island’s northern coast I discovered a humble dish which, as my driver put it, is very typical to that region. A small bowl of soup primarily made from lentil-like local ingredient known as undis is a kind of dish I always look forward to savoring in each and every visit to the island. Jukut undis was cheap, unpretentious, and available at modest local joints, or warung, where ordinary Balinese go for breakfast.

But if uniqueness of the ingredient is the what one is looking for, jukut ares is the dish to try. Made from ares (young banana stem), it takes quite a long time and much effort to prepare. First a banana stem must be chopped off for only its core is used. Then using a gunny sack the core’s fibers are extracted by swirling and tossing the sack. The remaining fiberless soft core is what Balinese use to make jukut ares. “It looks and tastes like meat,” Pak Putu, another driver who took us to the far northwestern corner of the island described it.

Balinese cuisine reflects the richness of the island itself, both from land and sea, and forms a crucial part of the island’s cultural landscape. To fly those hundreds or even thousands of miles to get to this part of the world and sample what its nature provides not only is a commendable gesture to show the locals how much you appreciate them, but also a way to learn and immerse into the local culture so you will return home even richer… in experience. 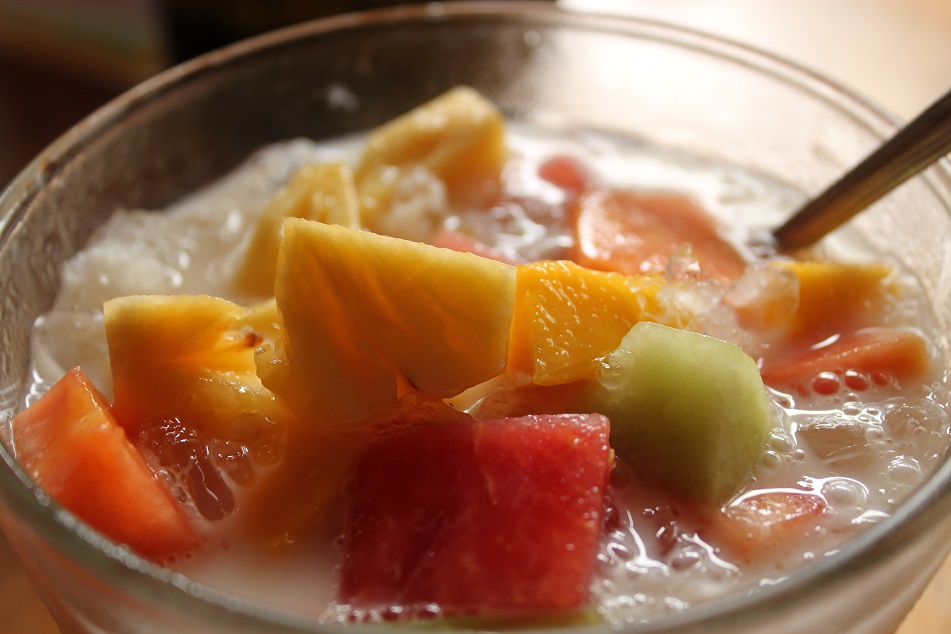 116 thoughts on “Tastes of the Island of Gods”