Entrance to The Redoubt

Sitting on a hill overlooking the narrow strait between Hong Kong Island and Kowloon, a fortified complex covered in bushes and trees is barely known for most people who visit Hong Kong. The century-old fortress is a silent witness of numerous battles which had been fought to defend the island. Notwithstanding its turbulent past, today it is a place filled with artifacts and history of the island’s coastal defense and Hong Kong itself as a whole.

The Hong Kong Museum of Coastal Defence is a place where I learned (and re-learned) about the history of Hong Kong before, during and after British colonial rule on the island and the adjacent peninsula just across the strait which includes Kowloon and New Territories. It was there where I found out that Hong Kong was originally ceded to the British Empire in perpetuity. It was also at this place where I saw some pictures of Hong Kong old buildings which still exist today, whether they are located at the very same place as they were or carefully moved to a new location for the sake of preservation, also those which have been demolished. When I was there, I also learned about how Hong Kong got its name. Purportedly sandalwood was once a thriving commodity at this ever bustling trading port, mainly used for making incense sticks. Therefore, due to its pungent smell then the name fragrant harbor was given to this place. In Cantonese it transliterates into Heong Kong, later Hong Kong.

A Corridor Inside The Redoubt

The museum consists of several different scattered areas, where the main exhibition hall is located inside the redoubt on the uppermost part of the entire complex and covered in a large white tent. To visit the exhibits chronologically, just follow the numbers on each zone inside the redoubt. Then let yourself immerse in every enchanting and tragic story which shaped the island and its surrounding territories’ history. Do explore some tunnels and corridors inside the redoubt which usually lead to some premises which were used for specific purposes. Apart from the main exhibition hall, what the museum offers around the hilly terrain surrounding the main compound is interesting as well. There is one particular area that attracted us because it says ‘The Torpedo Station’. But we had to go down the hill at the back of the main pathway to the museum where we finally arrived at an open space where there is nothing else in front of us other than the sea. Yes, it is a waterfront. This particular part of the museum used to be the place to store torpedoes and conveniently located by the sea side so that they could be easily transported to the open sea. However that torpedo station is not the only out-of-the-redoubt part of the museum. I guess it will do a just to visit the whole complex in a day (or two). 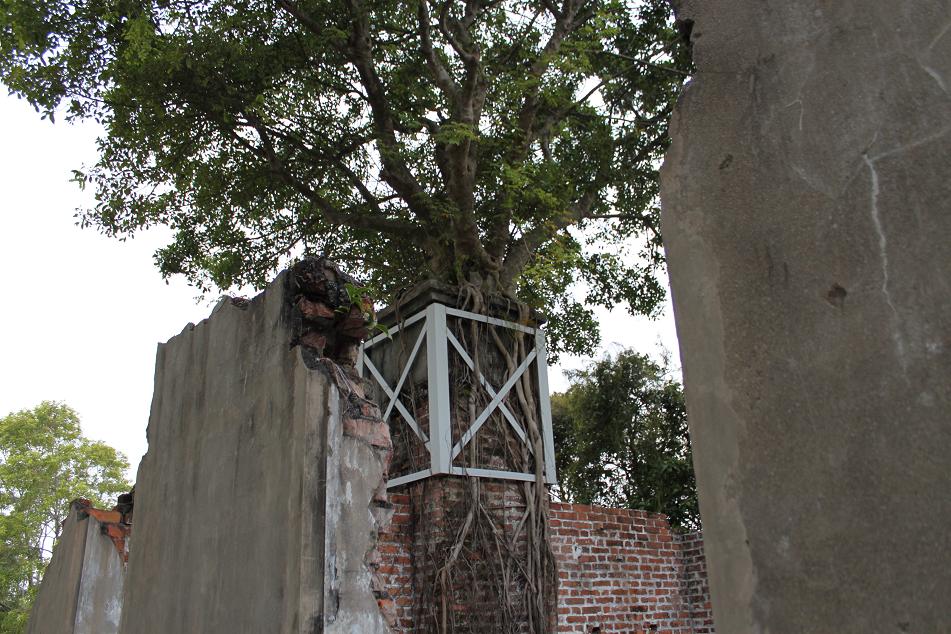 This Reminds Me of Ta Prohm in Cambodia

The Narrow But Important Strait

It is also in this relatively secluded part of Hong Kong where birds of pray roam the sky freely. It is quite fascinating how in an island as metropolis as Hong Kong Island there are still havens for wildlife. It’s not just East meets West here, but also concrete meets wildlife.

Related Post: The Exploration of Hong Kong’s Alleys and Beyond

7 thoughts on “Learning The History of The Fragrant Harbor”