Jakarta, the capital of Indonesia, has been occasionally reported on the international media for bad news, such as terrorist bombing, devastating flood, intoxicating air pollution, paralyzing traffic congestion and so on and so forth. Well, most Jakartans share the same feeling about the city though. But through this post I would like to bring up some better images about Jakarta and some interesting places worth visiting for you who happen to come to the city (whether for business travel, short transit to other cities in Indonesia, etc).

I try to highlight only a few places here. Actually there are still many other nice spots in the city which are not covered in this post.

Obviously this attraction is not new to many of you since similar places also exist in many other countries with different concept. One thing I like about this place is that we can learn about ocean species and have fun at the same time (that is why this is also a great place to go with kids). 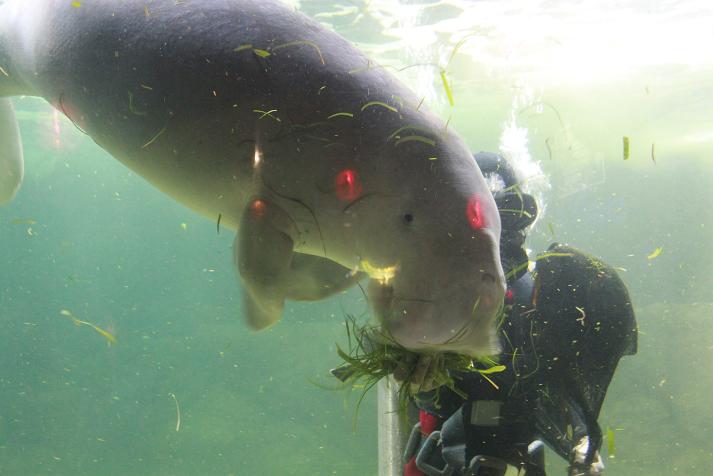 The main tank (called Antasena Tunnel, after a Javanese folklore character who has the ability to dive into the ocean, among other powers) is the  main attraction inside Sea World Indonesia. We can walk through the glass tunnel and watch different species of salt-water creatures swimming above our heads. 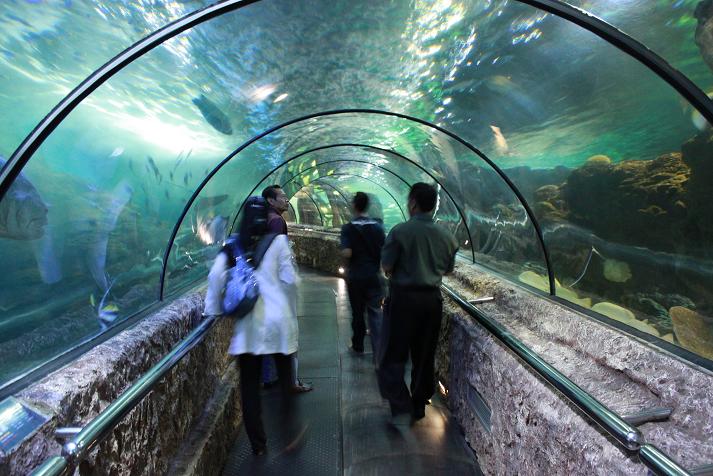 We can also climb the stairs to take a look at the tank from above and get a clearer picture about the tank and all the species in it. By the way the downward staircases look very interesting! 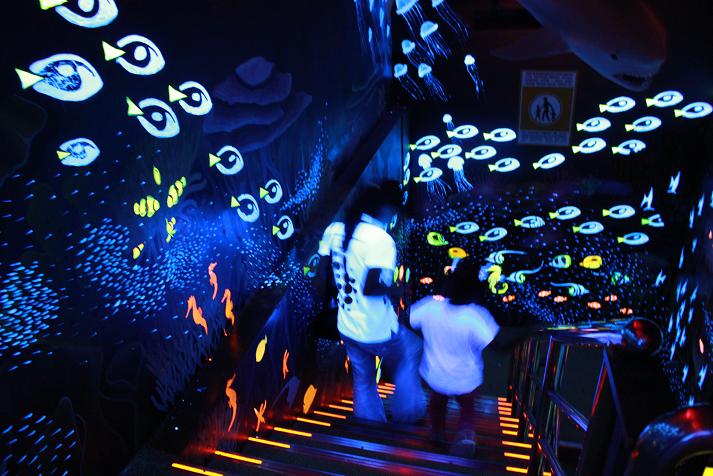 Just 100 meters across Sea World Indonesia we can find Gelanggang Samudra (Ocean Arena) which consists of several attractions, such as Dolphin and Beluga acrobat show and 4D Cinema to name some (I only cover the later in this post). 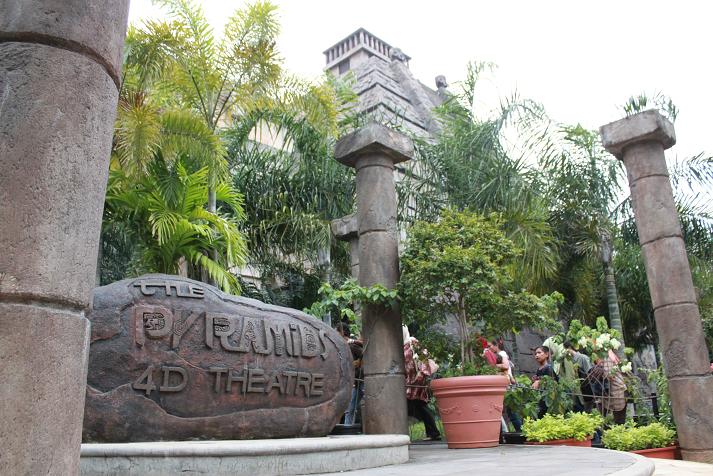 There are three different movies that we can watch in 4D Cinema, there are:  Dora and Diego’s Adventure (yes, you’re right, it is that Dora), Turtle Vision and a movie about pirates (I can’t remember the name). As unlikely as it may sound, Dora turned out to be quite interesting with nice and neat special effects. In the contrary, Turtle Vision is a real disappointment since many of the effects are not well synchronized with the movement of the seat. I hadn’t watched the pirates movie, but I hope it won’t be disappointing.

Just like other major cities in developing nations, skyscrapers now fill up Jakarta’s skyline. Old buildings were demolished to create needed space for high-rise buildings development. Fortunately some people and organizations still care about the heritage of the city: historical buildings and monuments, as the silent witnesses of colonial-time Jakarta. Those are arguably priceless treasures of the city and its people. 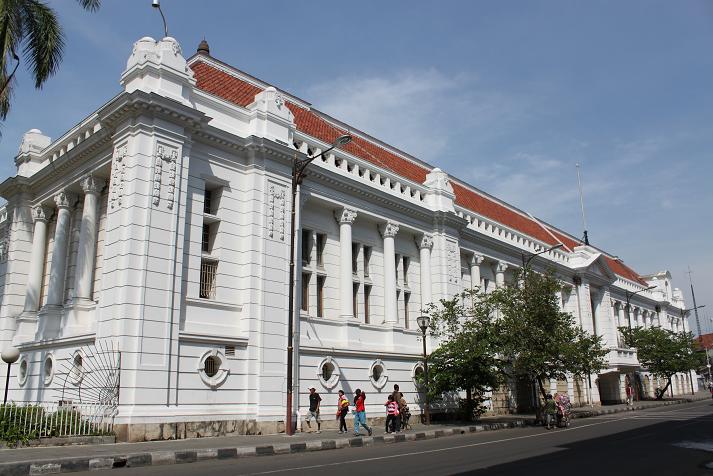 The main square itself is a large playground for people. Old bicycles and a Dutch-style restaurant are among the main amusement of the square. I am curious though to visit this district at night since I believe that light can bring up the dramatic effect to those buildings. 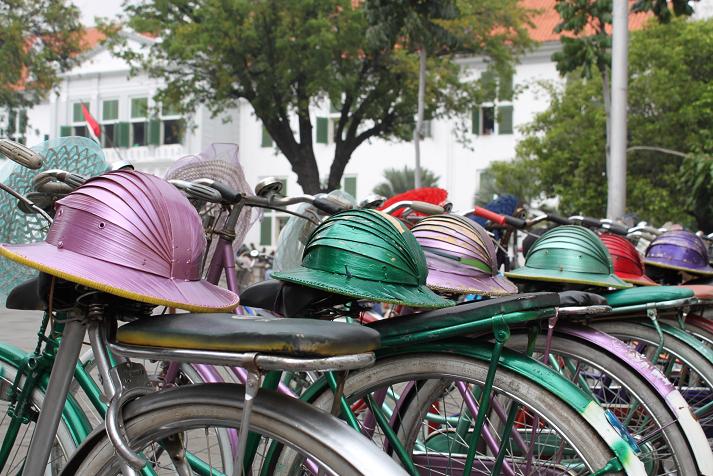 Well, that’s a wrap for this post. Just a little share from me about some of the bright sides of Jakarta. What about your city? Feel free to share about interesting places in your city.

By the way, Happy Chinese New Year for you who celebrate it. Wishing you a better life ahead! 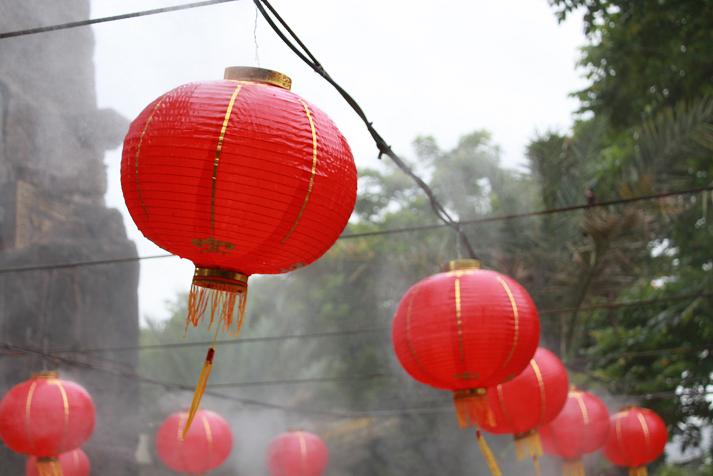 7 thoughts on “The (Friendlier) Face of Jakarta”