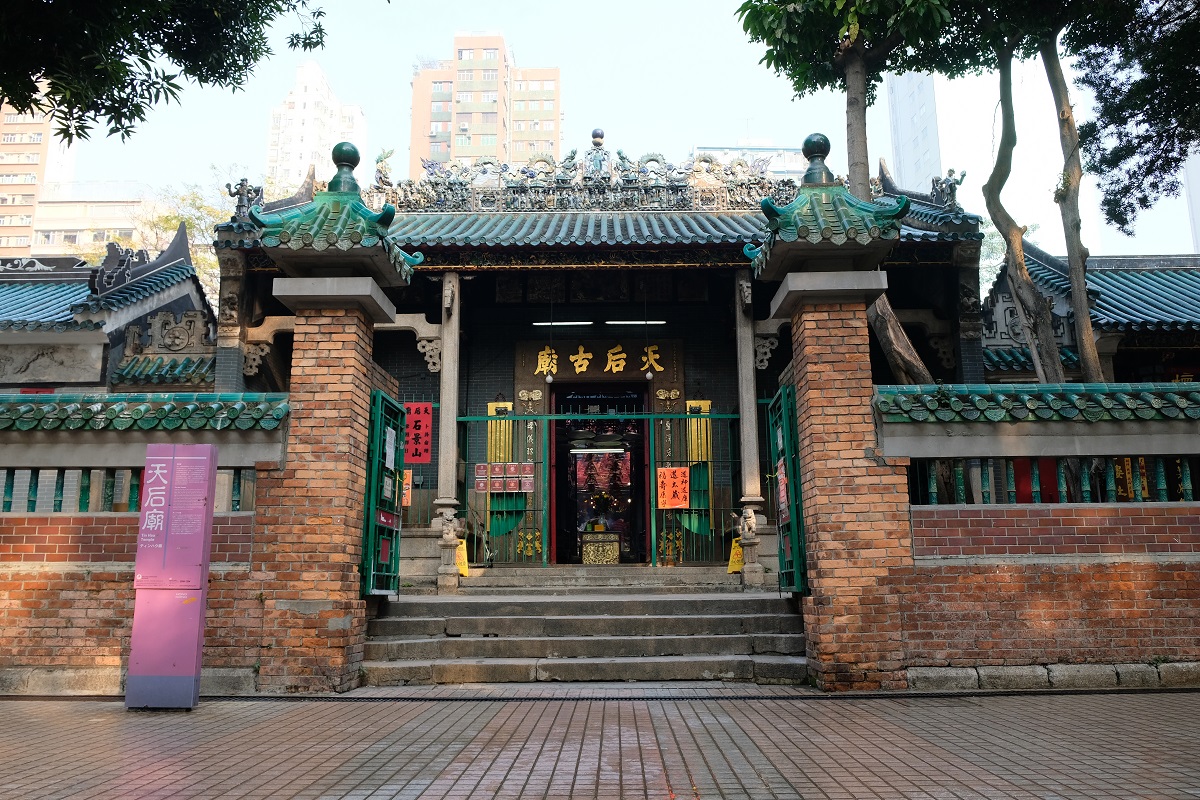 For its relatively small size, Hong Kong has so much to offer. From some of the tallest skyscrapers in Asia to verdant hills towering over white sand beaches, opulent luxury malls to lively traditional markets, centuries-old temples to an ultramodern museum of art, and small idyllic islands to ever-crowded streets where locals, migrant workers and foreign visitors rub shoulders. And if you want, you can go to one of the territory’s hiking trails, hop on a ferry to get to a tranquil island, go back to the city to check out some cultural venues, and have dinner at a beachside restaurant away from the bustle of the downtown area all in one day – a good night’s sleep should be guaranteed after all that rushing around. This is only made possible by Hong Kong’s extensive and highly-reliable public transport network which I later learned has not only brought immense benefits for people’s mobility, but it has also driven up property prices in the city to among the highest in the world. But that’s another story.

In my latest visit to this bustling city of seven million inhabitants last Christmas, I asked James if we could go somewhere I had never been. This, apparently, proved to be quite a challenge for him because I have seen a lot of the territory’s most interesting places. Using an old book of Hong Kong’s neighborhoods at his parents’ place as a reference, he then came up with the idea of exploring Yau Ma Tei and parts of Jordan in the Kowloon side of the city across the harbor from its financial district. While modern buildings are a common sight in fast-developing Hong Kong, and most of its heritage structures have been torn down, the city still has pockets of mixed residential-and-commercial areas that somewhat retain their traditional ambiance and spirit.

We began our exploration at a cha chaan teng – or Hong Kong-style café – where patrons usually go to have baked seafood rice and Hong Kong-style milk tea, among other things. Imagine fried rice which is then placed in a casserole dish, topped with stir-fried seafood, covered in cream sauce and cheese, then baked. This hearty, delicious meal is an example of what you can get when East and West are married, just like how Hong Kong is often perceived. To wash it down people often opt for a sweet and warm drink made from black tea and condensed milk or evaporated milk with sugar. With our stomachs full, we walked slowly – by Hong Kong standards – and crossed the street to reach Yau Ma Tei’s Tin Hau Temple compound. Dedicated to the namesake goddess who in Chinese folk religion is believed to be the protector of seafarers, fishermen and sailors, more than 100 temples across Hong Kong have been fully or partially built for her. This shouldn’t come as a surprise since for a long time Hong Kong was home to small fishing communities before it took a dramatic turn in the past century or so to become a global financial center.

From the temple, we continued walking around the neighborhood, one block after another, one densely-populated street with multi-story residential buildings after another. Some time later, we arrived at a small red brick building, the former engineer’s office of a 19th-century pumping station – the oldest in Hong Kong. As is the case with most heritage buildings that are still standing in the territory, the one we were looking at seemed out of place amid the tall concrete jungle around it. Some of the tiles on the ground were visibly missing, a reminder of the months-long protests against Beijing’s increasing intervention in Hong Kong’s domestic affairs that rocked the city like never before. Not too far from the red brick building was Yau Ma Tei Theatre, which opened in 1930 and is now the only pre-World War II theater in Kowloon that hasn’t been demolished.

While these old buildings were undoubtedly charming, there was one thing we were most curious to see: Temple Street Night Market. I had seen images of this part of Hong Kong with street-side stalls glowing at night as far as the eye can see, but it wasn’t until this particular trip to the city that I finally got the chance to see it. For a good vantage point, however, we decided to go to Yau Ma Tei Carpark Building to get a bird’s eye view of the night market. Walking past a security guard who seemed nonchalant at our presence, we went inside the building, took the elevator, and exited at a floor we thought was high enough. We checked the view from behind the railing, and decided that we had to go up a few more floors to get the view that we wanted. Two floors up, we checked the view again, then waited.

It was still a few hours before sunset, but as we didn’t have any other things left to see for the day apart from the night market, we decided to stay while taking some random photographs of the buildings and life in this part of Kowloon. Directly opposite, an old and rather unkempt office building stood vacant, looking cold and lifeless. Meanwhile, to our left hand side was a mahjong parlor with bright lights, and to the far west rose the ICC, currently Hong Kong’s tallest structure and the 12th tallest in the world. The street scene below revealed something that had been erased from the city center on Hong Kong Island: protest slogans against the government and the police, some with expletives. “This area is a stronghold of the opposition,” James explained to me. As the sun began to set, Temple Street, which runs right up to the carpark building, started showing signs of more activity. Vendors were opening up their stalls, switching on the lamps that a few hours later turned the street into a bright band of light. It was quite the sight to wrap up our day, and will remain as one of many good things to remember about Hong Kong, especially in a time like now when a gloomier future in the territory seems imminent. 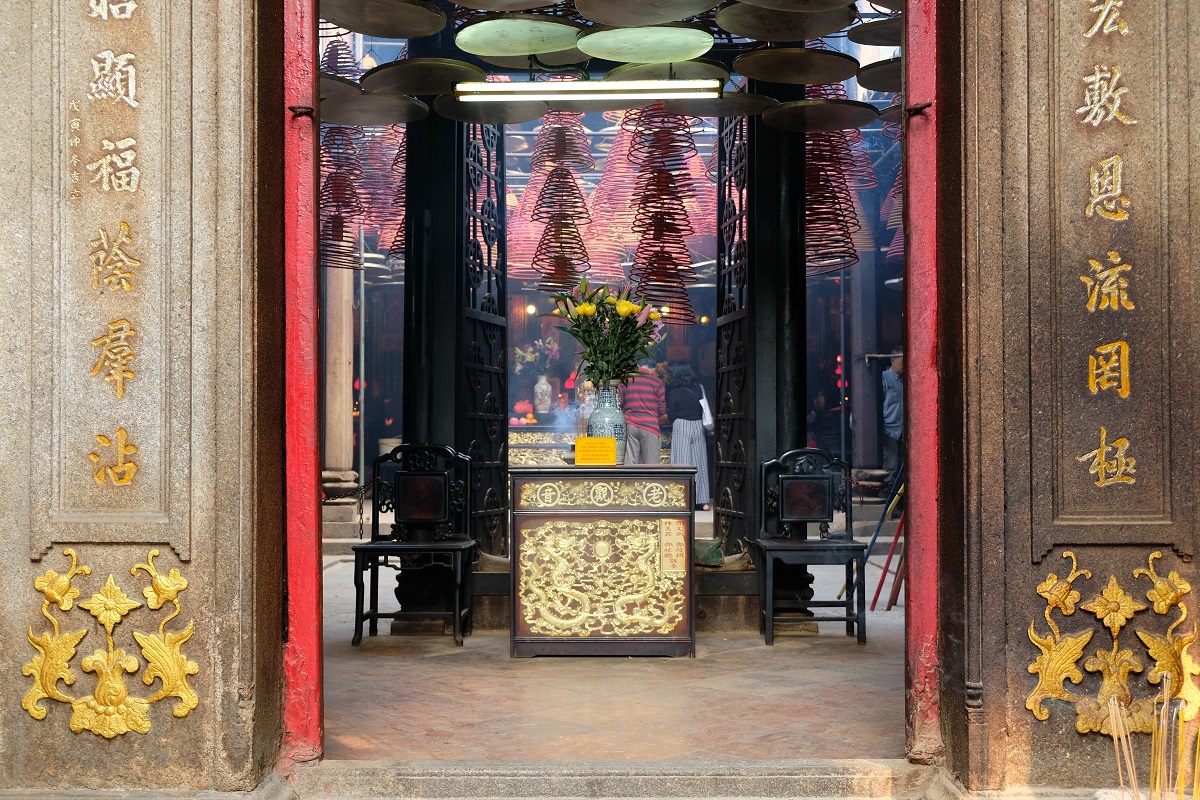 Peeking inside the 19th-century temple 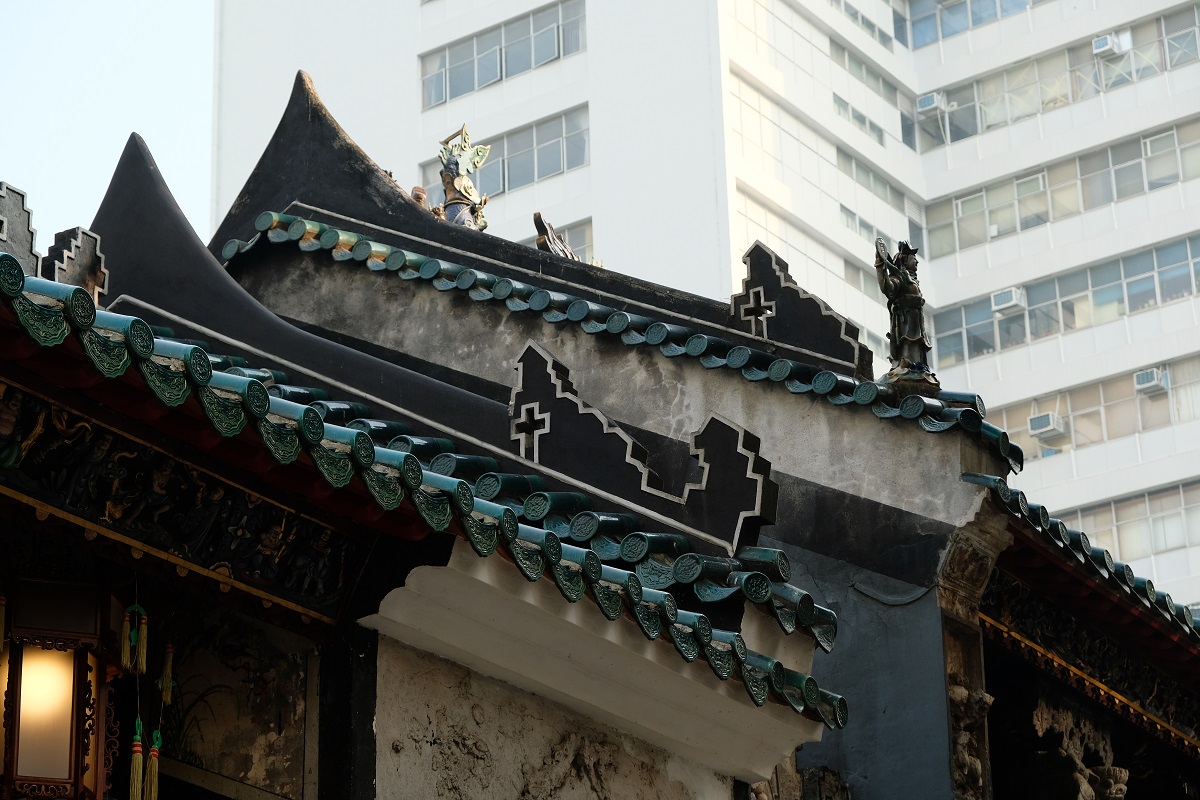 Christian crosses, not a common decoration at Chinese traditional temples 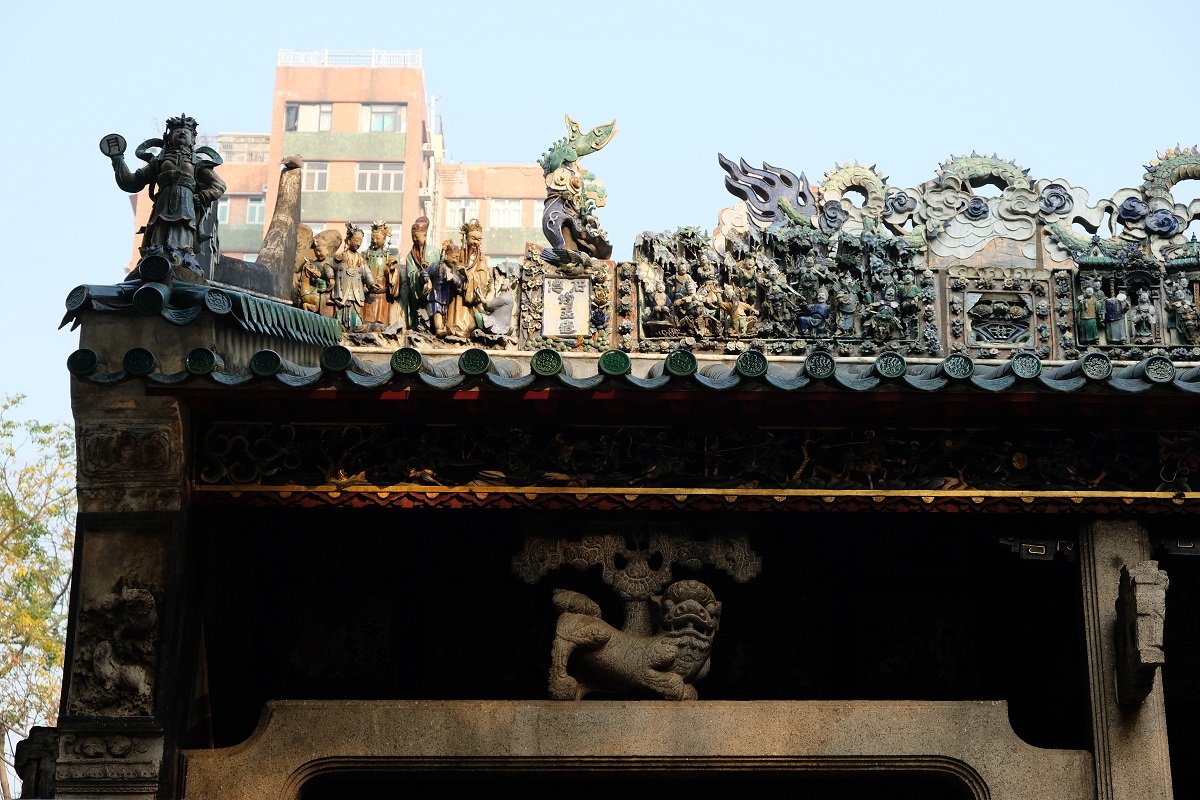 Figures from Chinese folklore and mythology 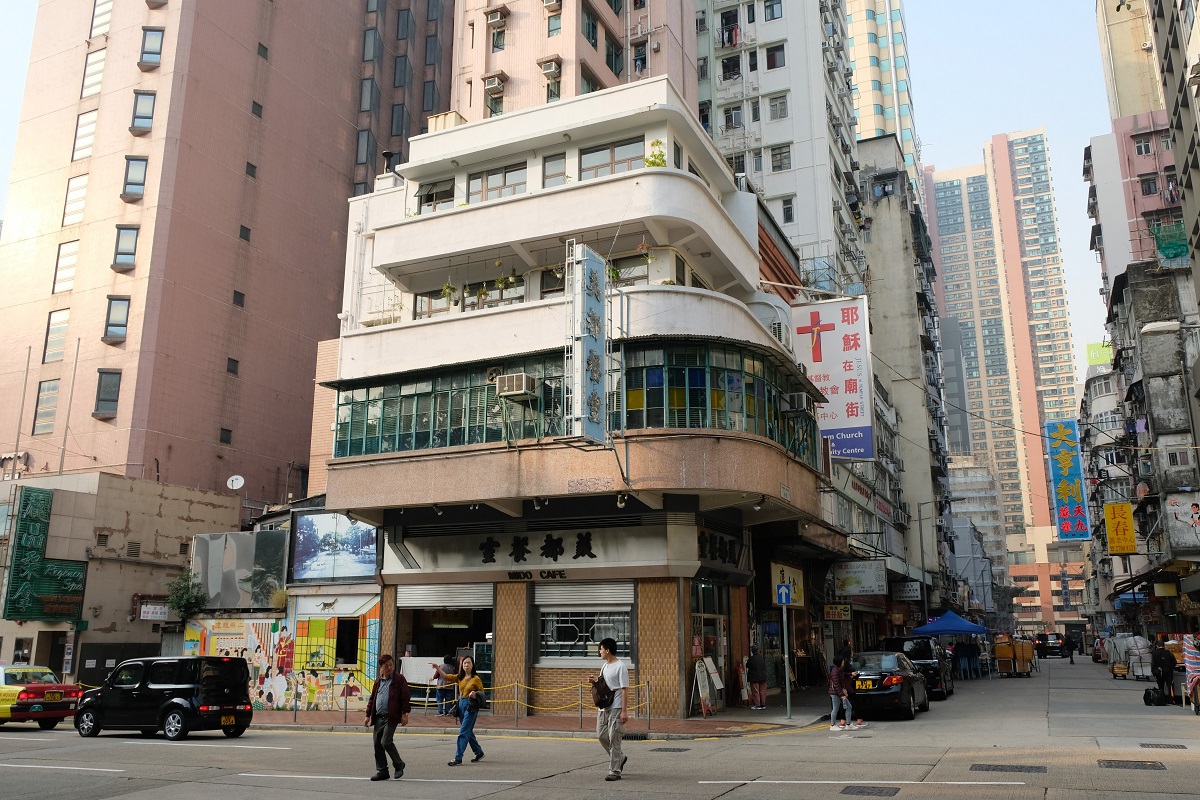 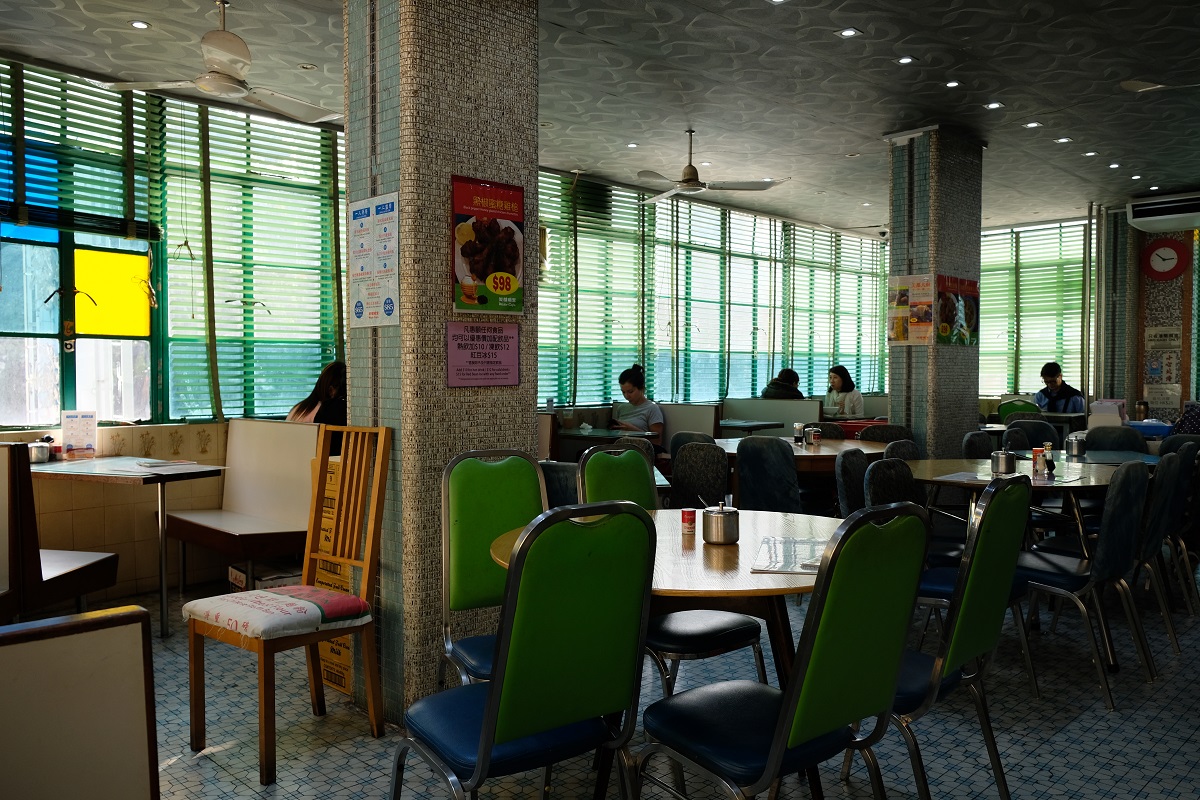 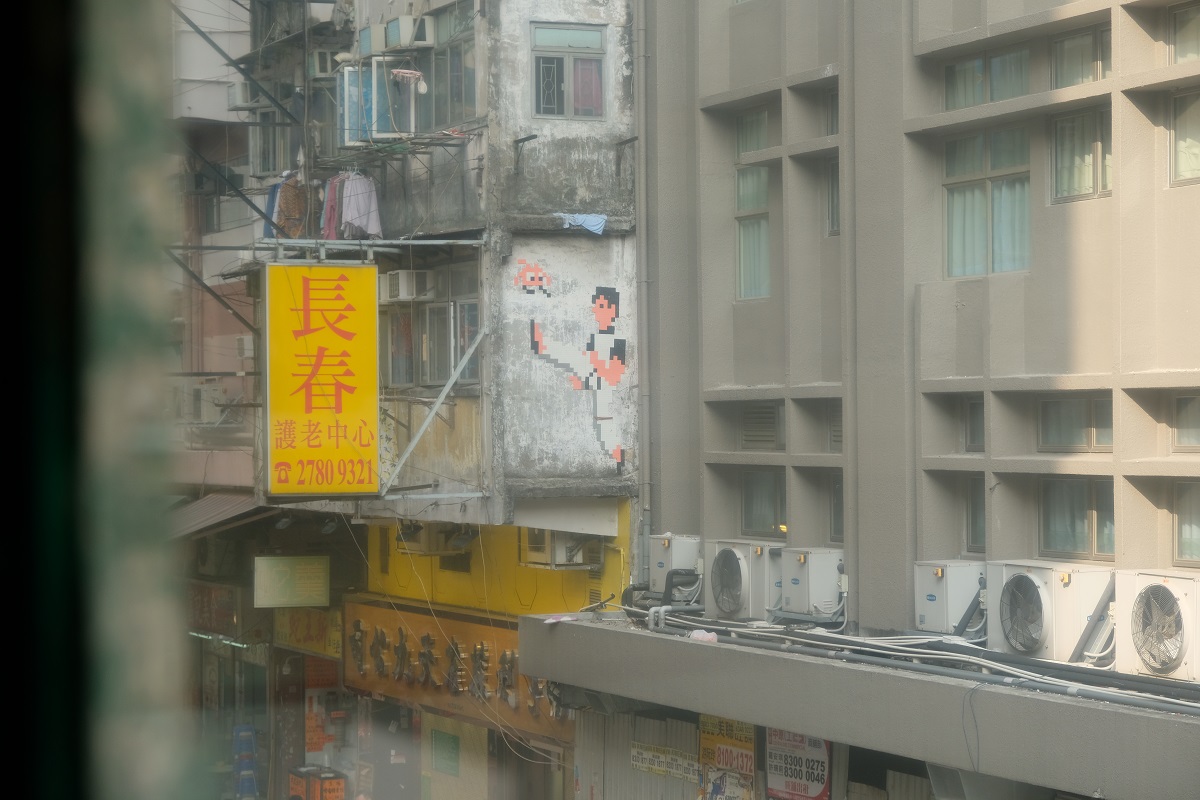 A character from a Nintendo game I played in my childhood 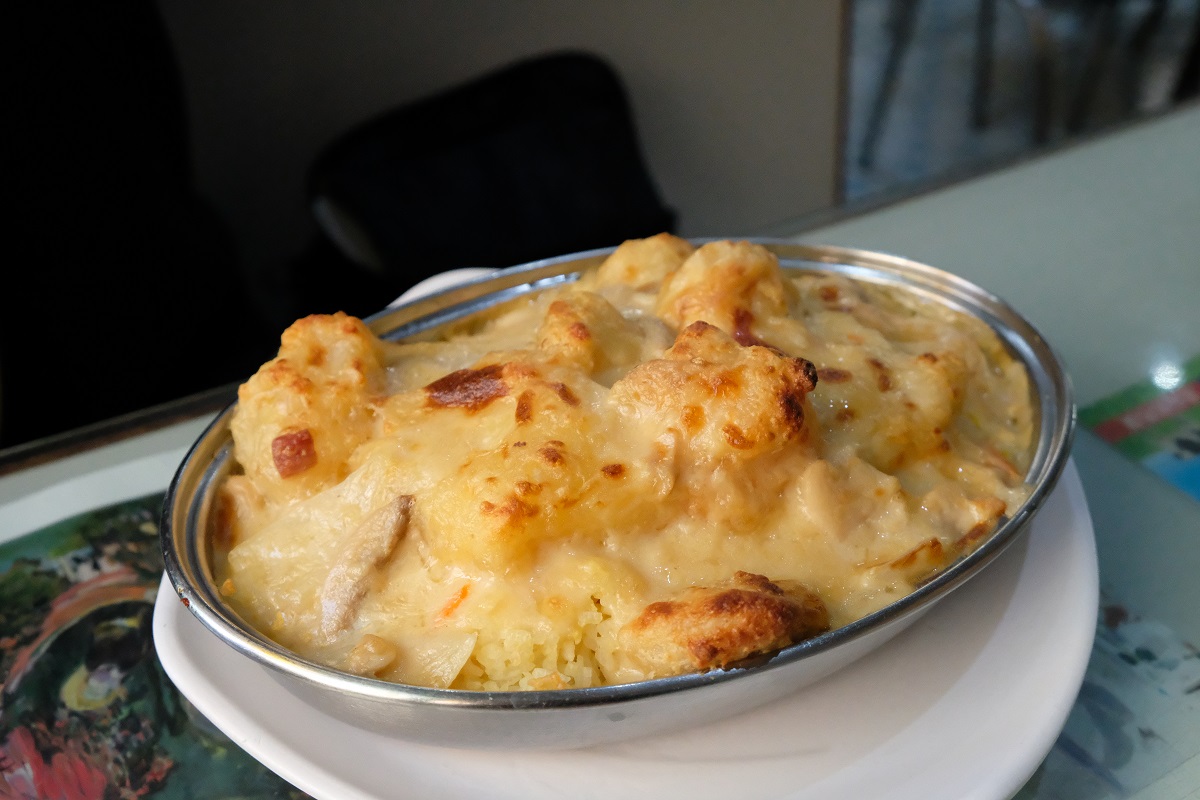 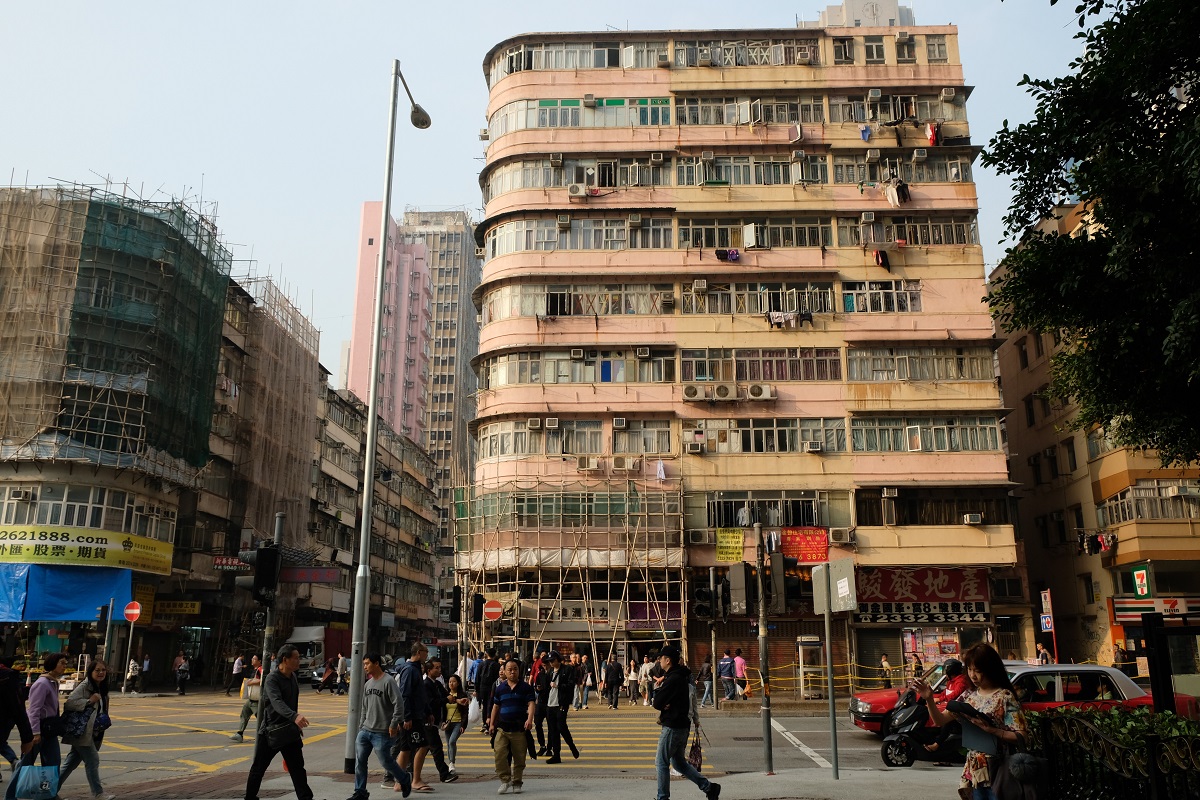 A typical intersection in Kowloon 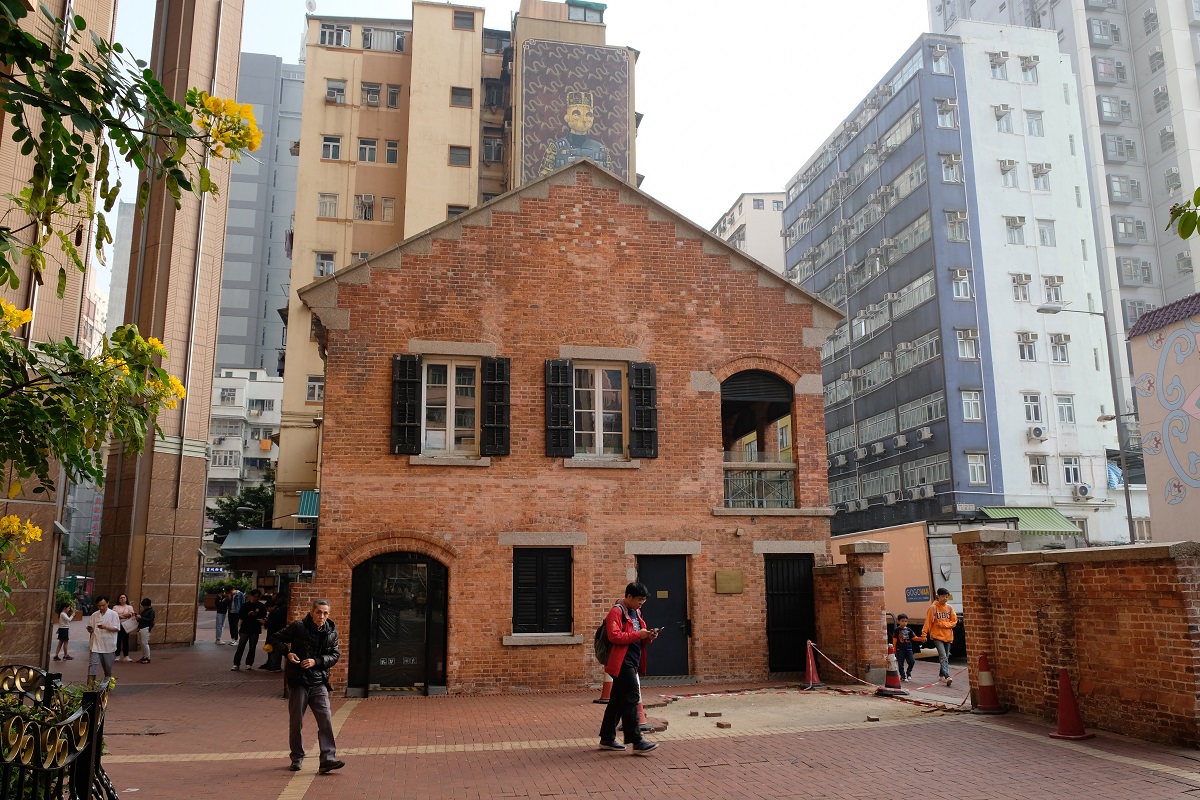 The Red Brick House, the former engineer’s office of the now-demolished pumping station 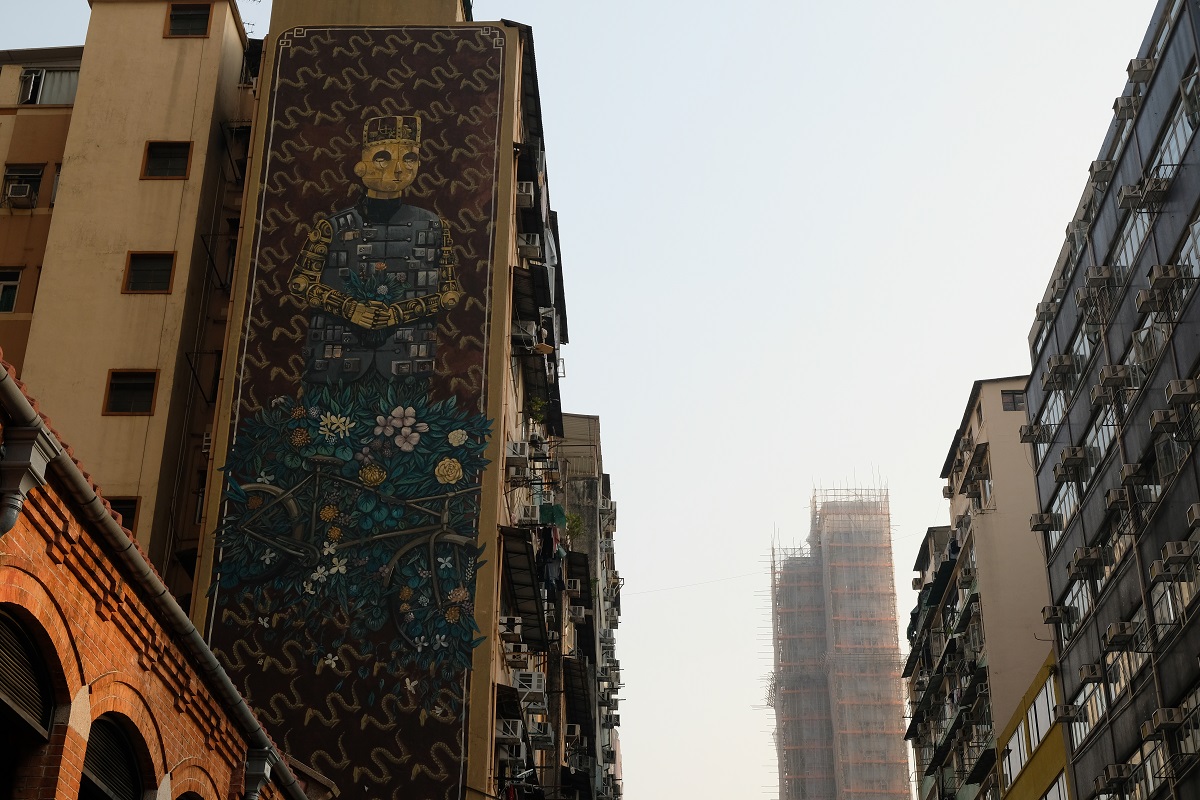 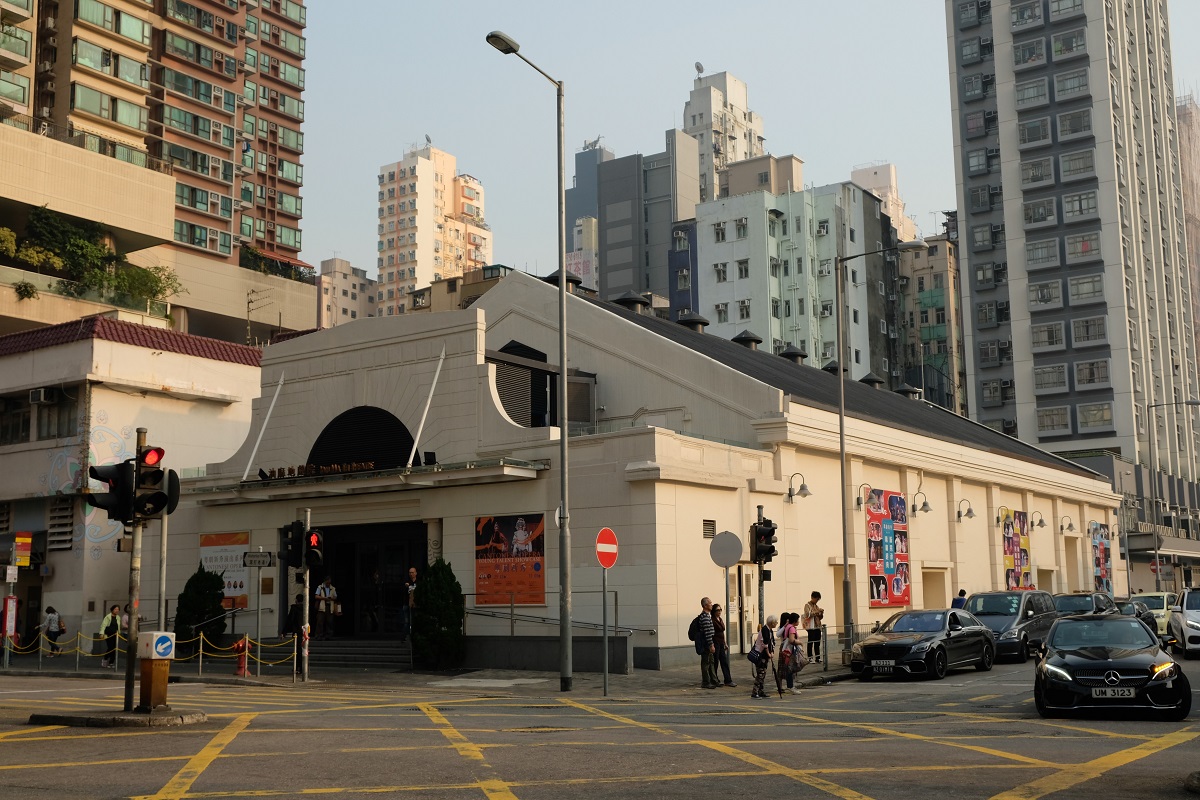 Yau Ma Tei Theatre, once the largest theater in Kowloon 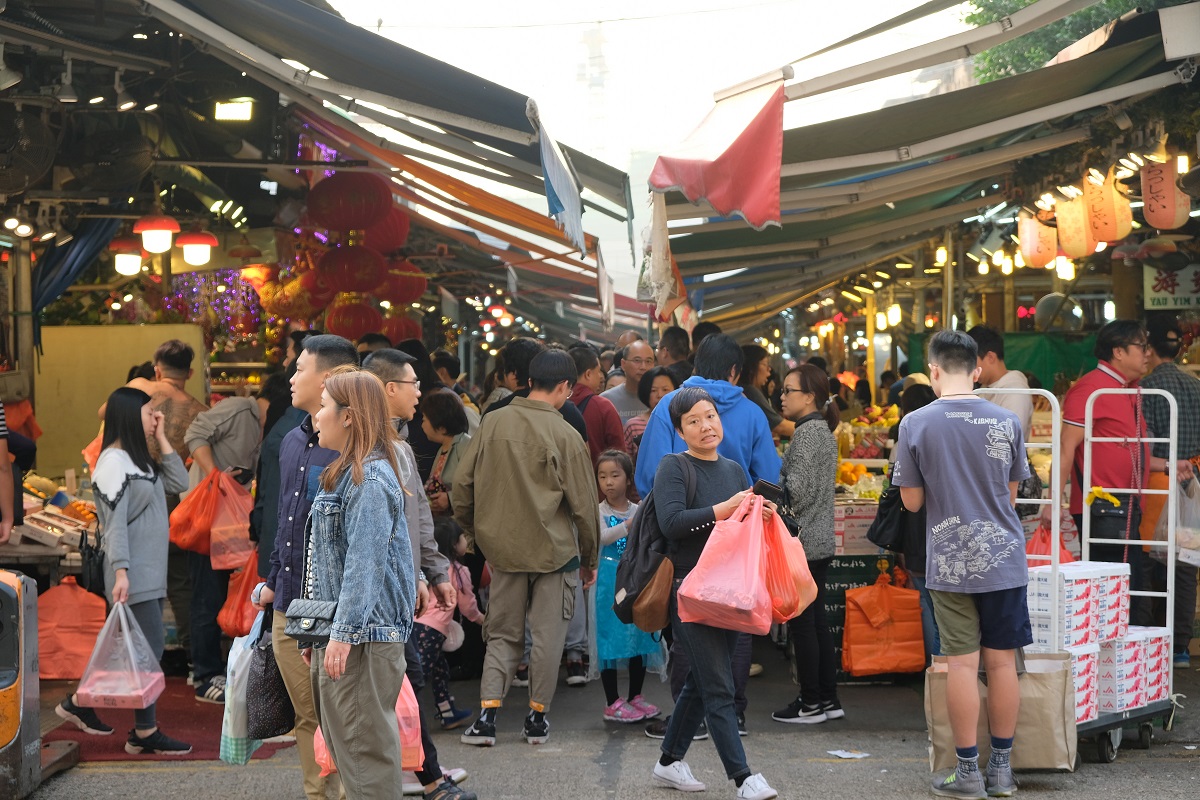 The early 20th-century Yau Ma Tei Fruit Market, next to the theater 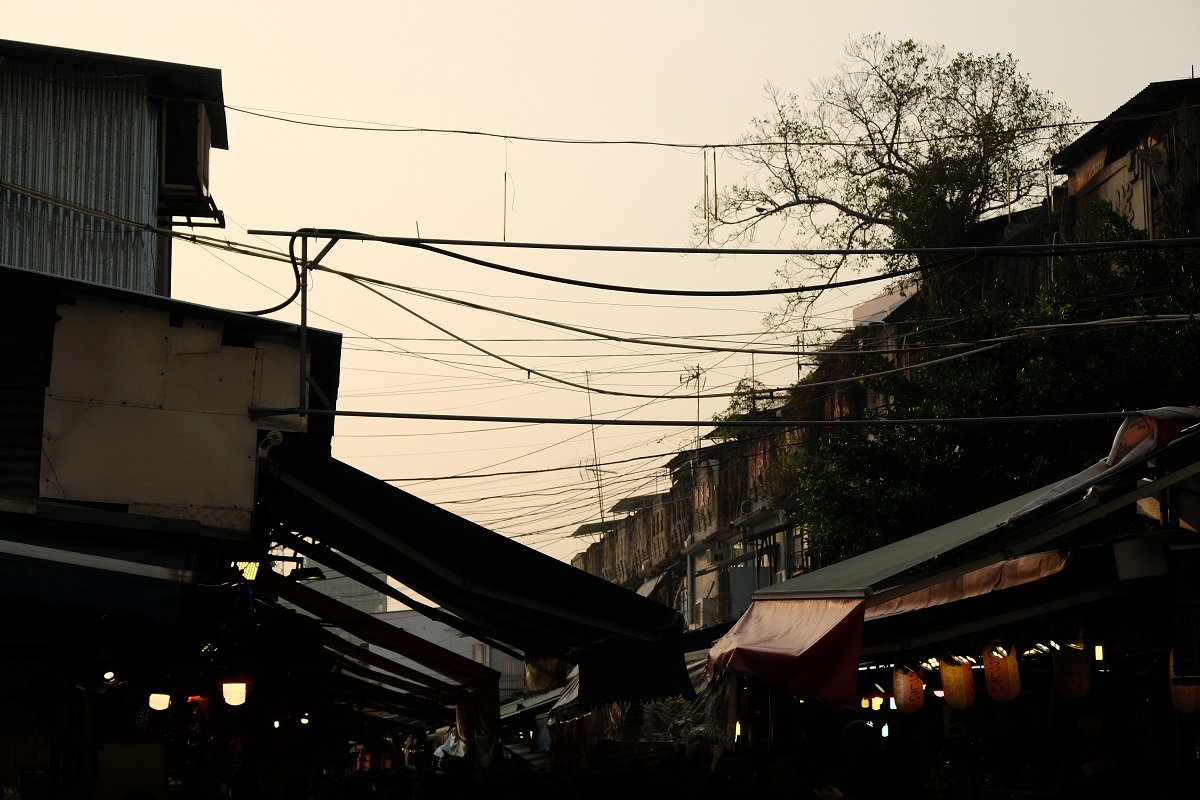 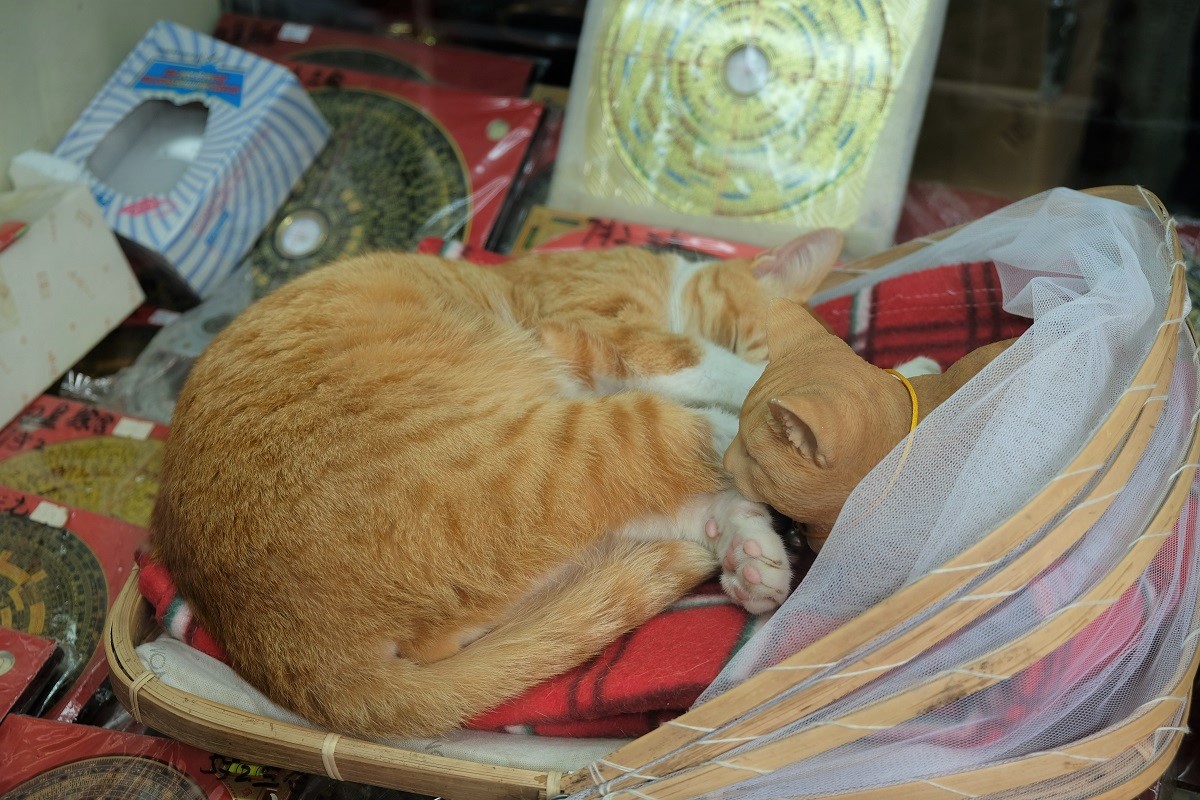 Sleeping with a view 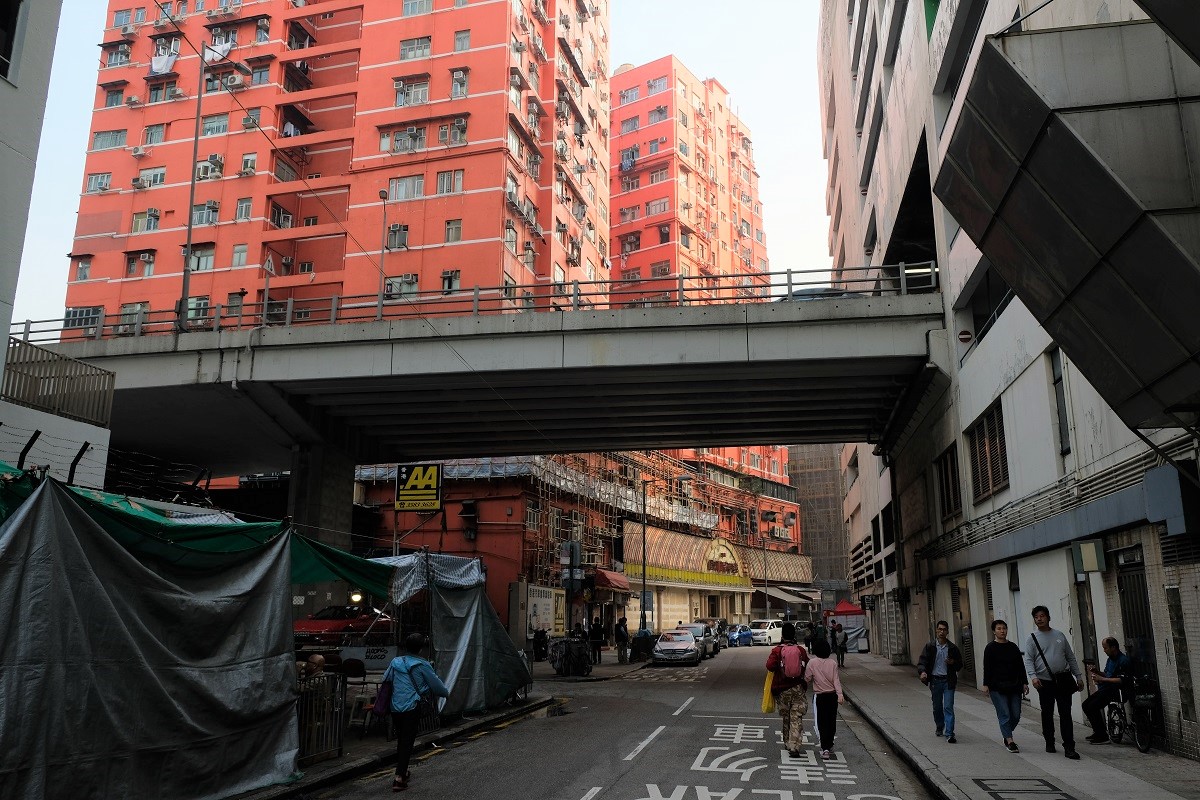 A flyover that goes through the Yau Ma Tei Carpark Building 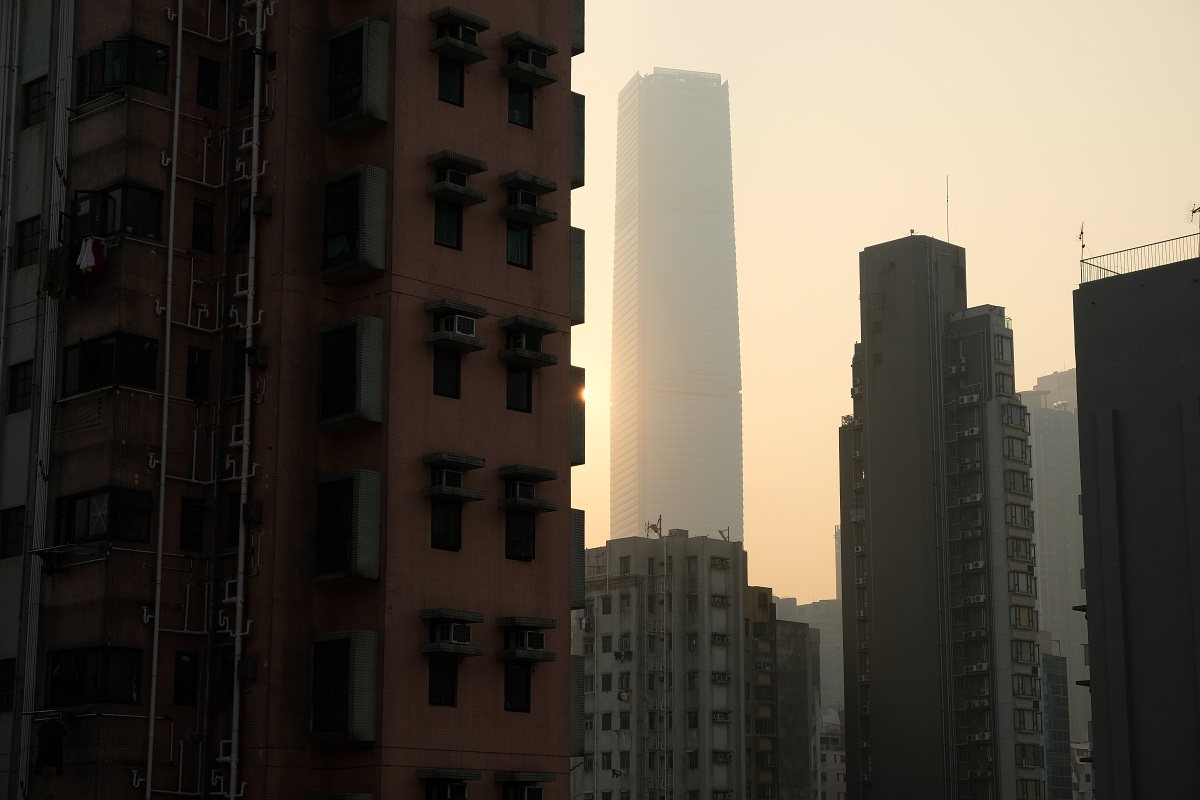 The ICC, the tallest building in Hong Kong, at dusk 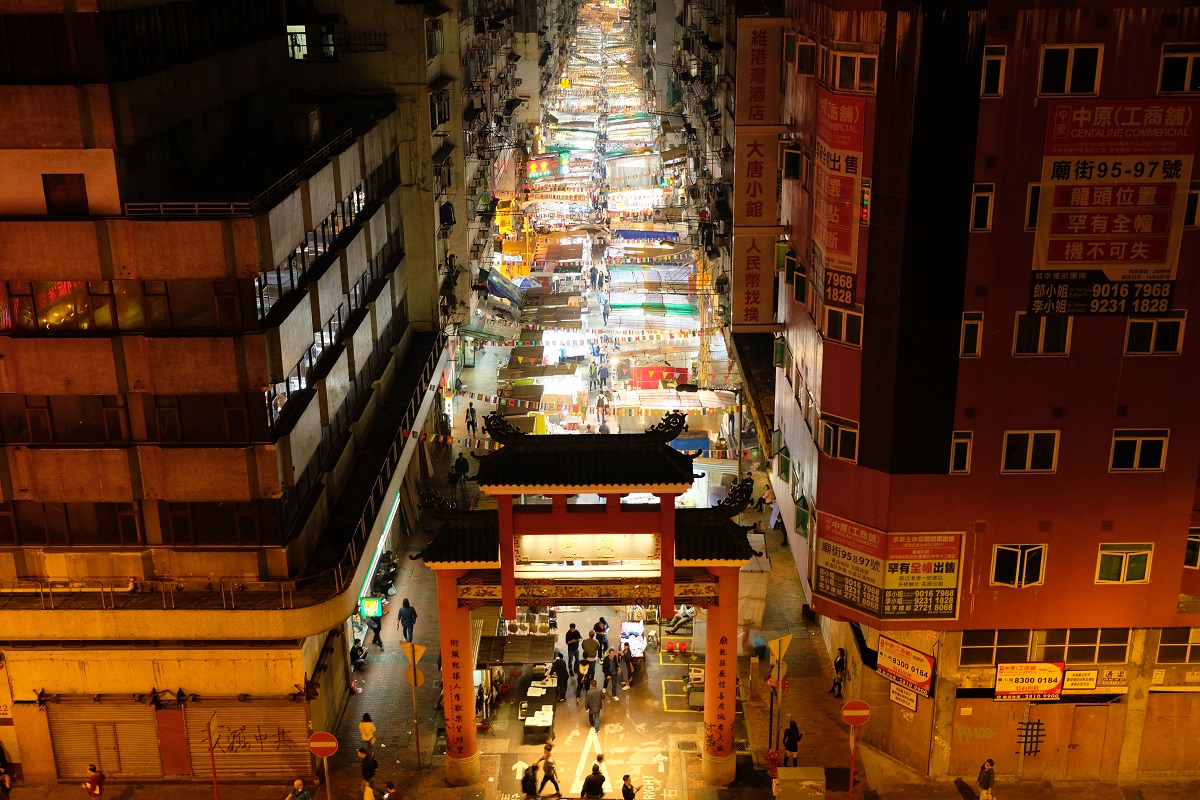 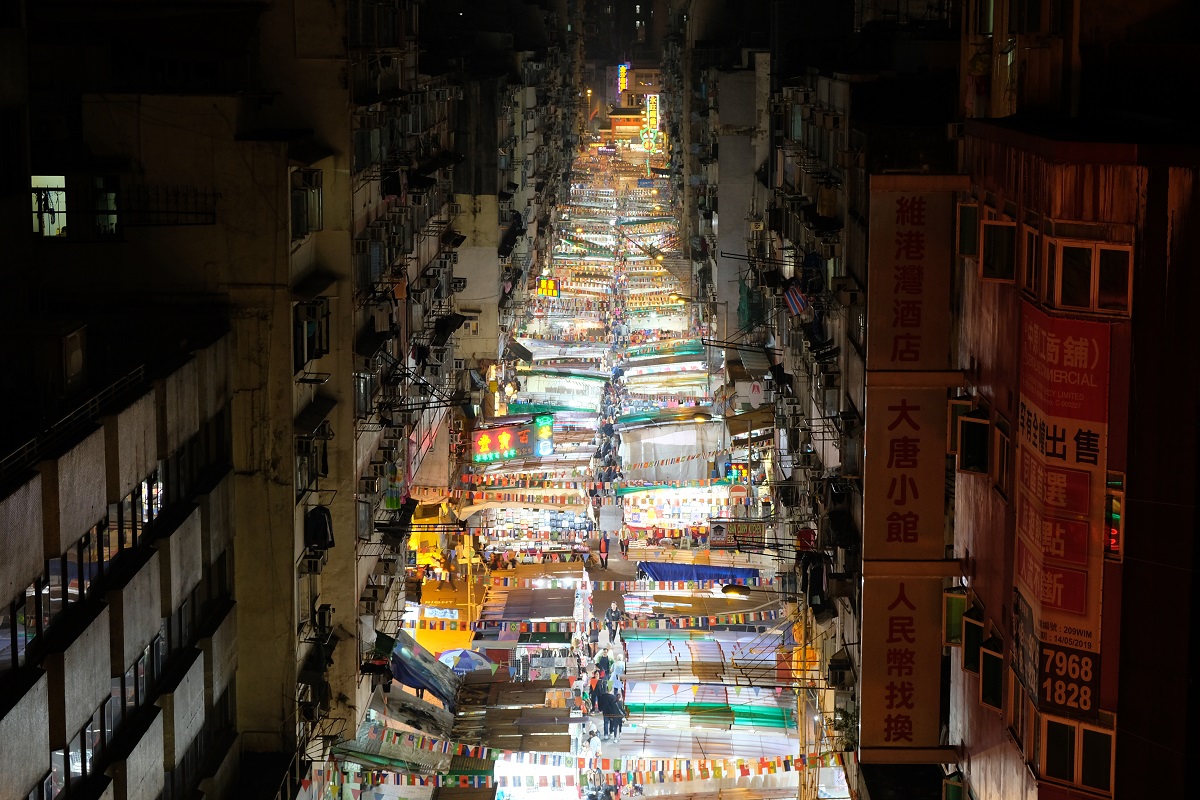 Here comes the light, for those who shop 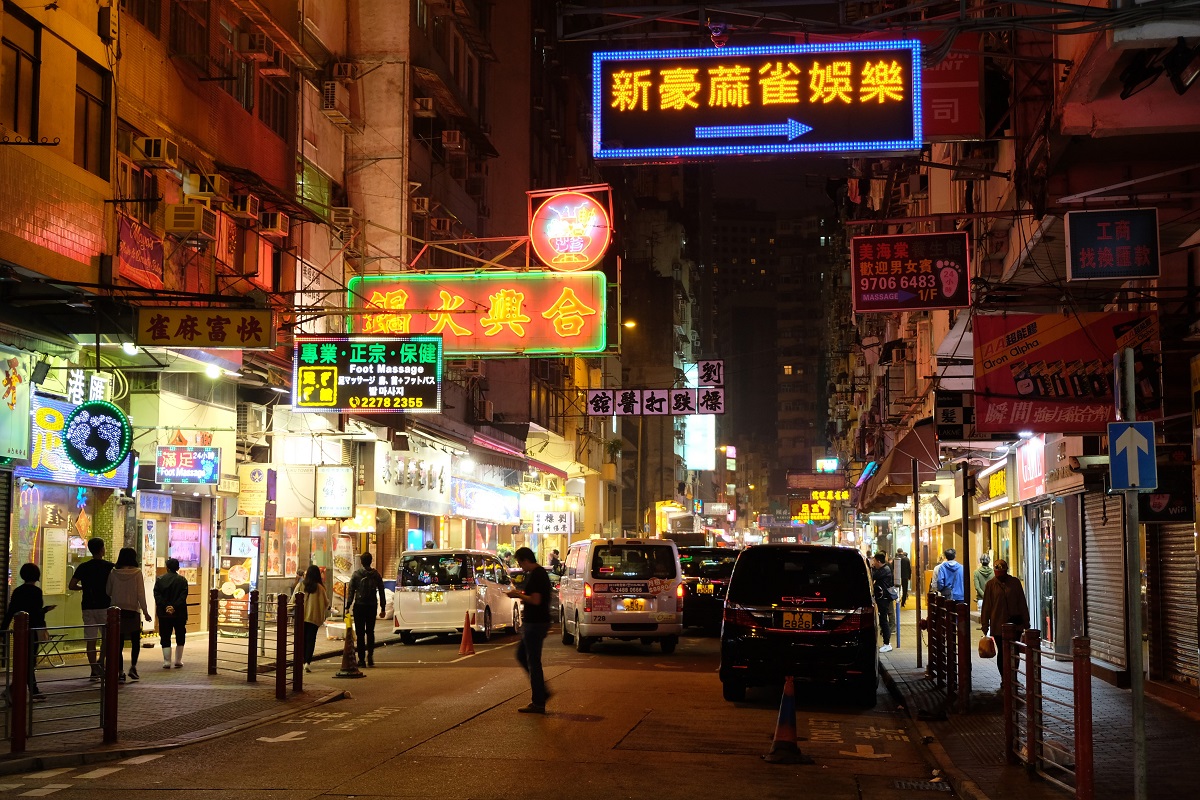 53 thoughts on “A Slice of Kowloon”