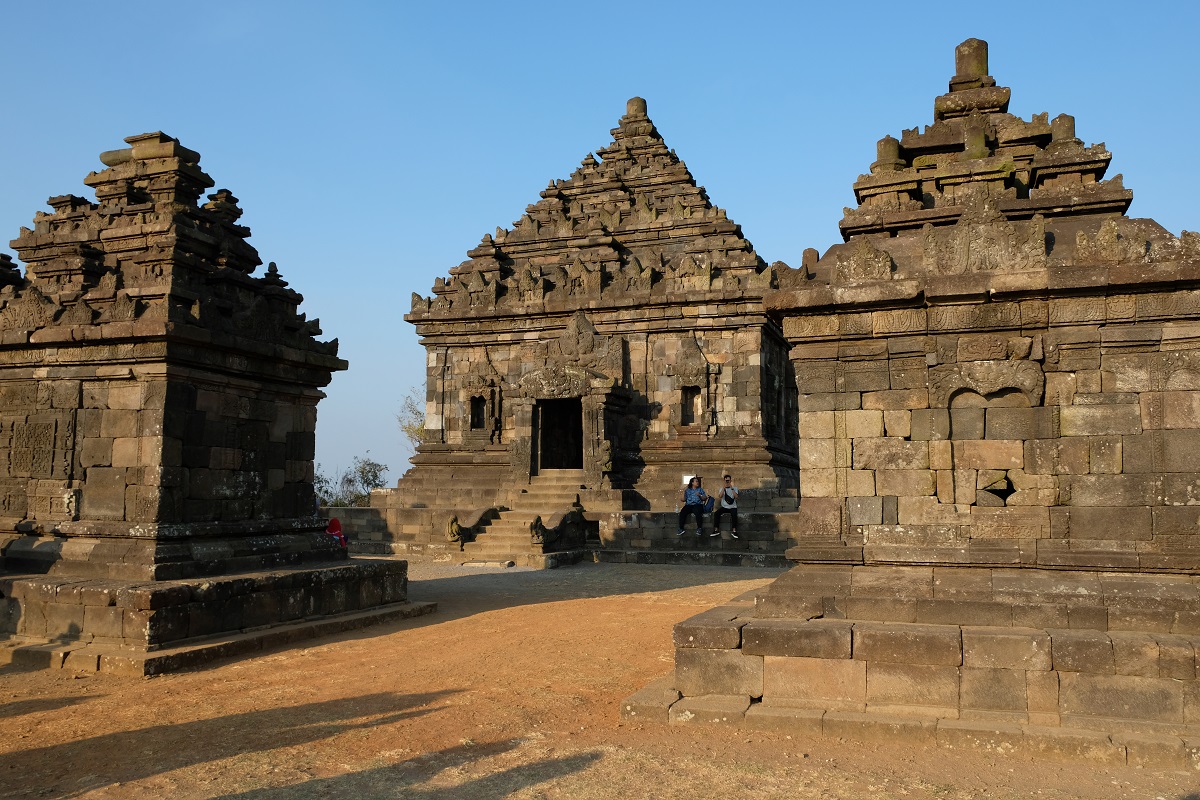 Candi Ijo, a 10th- or 11th-century Hindu temple in Yogyakarta

We as modern-day tourists often see ancient sites as places that inspire us, leave us spellbound, or whet our curiosity of the world we live in. We perceive them and give them attributes based on our standpoint, making them objects of our fascination. But what if we try to switch the perspective to the other side? Those very sites have been around for centuries, even millennia. They have witnessed the rise and fall of kings and emperors, countless wars, periods of calm and peace, and the wrath of Mother Nature. To them, we are insignificant within the grand scheme of things, even if our collective existence has created an epoch popularly known as the Anthropocene. And it doesn’t take the grandest monument from the past to attempt to see this from that alternative angle: the point of view of the sites themselves.

To complete a visit to three lesser-known ancient Hindu-Buddhist temples around Yogyakarta, James and I head to Candi Ijo, a 10th– or 11th-century place of worship dedicated to the Hindu god Shiva. As opposed to Candi Ngawen’s location on the outskirts of the city and Candi Sambisari’s abode below ground level, the youngest of the three sits majestically on top of a hill west of the city center. When the construction of Candi Ijo was started, the colossal Hindu temple of Prambanan had already stood for about a century, and the once powerful kingdom of Medang – under the reign of its kings, many of Java’s grandest temples were built – was already in decline. Even from the beginning, Candi Ijo seemed to be destined to witness changes in this part of Java.

Thanks to its hilltop location, Candi Ijo has seen countless daily cycles from sunrise to sunset, and all facets of the moon. It has witnessed how the Kedu plain below has repeatedly been blanketed by the volcanic ash from Mount Merapi, battered by heavy rain, and shattered by strong earthquakes. It has also watched how Hinduism, which dominated Java for centuries, was gradually replaced by Islam, and along with this the abandonment of those places built for the worship of Shiva, Vishnu and Brahma. Maybe in the distant past, the view from Candi Ijo was comparable to Bagan in Myanmar, where towering temples rose proudly from a rural tableau. However, over many generations more and more houses were built – often on top of thick layers of soil under which ancient temples rest – followed by schools, office buildings, factories, and an airport.

We go to Candi Ijo in the afternoon, just a few hours before sunset. The warm light of the sun bathes the main temple and the smaller ancillary structures around it in a soft golden hue. Most visitors come here for the majestic view of the bright celestial disc slowly slipping below the horizon with the imposing silhouette of Mount Merapi looming to the north. In the meantime, passenger jets take off and land at Adisutjipto International Airport, which has been Yogyakarta’s main gateway to the far reaches of Indonesia and the world for almost half a century. This will soon change, however, as the newly constructed and much larger Yogyakarta International Airport is slated to be fully operational and inaugurated this April. And when that day comes, Candi Ijo will see the busy airport relegated to a much smaller role serving propeller planes only.

From outside Candi Ijo, I gaze down onto the slopes of the hill and notice some smaller structures strewn all over the place. Several have been reconstructed while others remain in ruins, waiting for their turn to be painstakingly reassembled like a 3D jigsaw puzzle. This, however, can only be done if there are enough original parts of these structures. Archaeologists believe that the Candi Ijo compound was much larger than its current size since all over this hill there have been discoveries of artifacts linked to the main hilltop temple. There might come a day when most of the original structures within the complex are restored to look as close to their original glory as possible. But whatever the future holds, this temple, thanks to its location, will likely remain a silent witness of change unfolding right before its gaze, one frame of time after another. 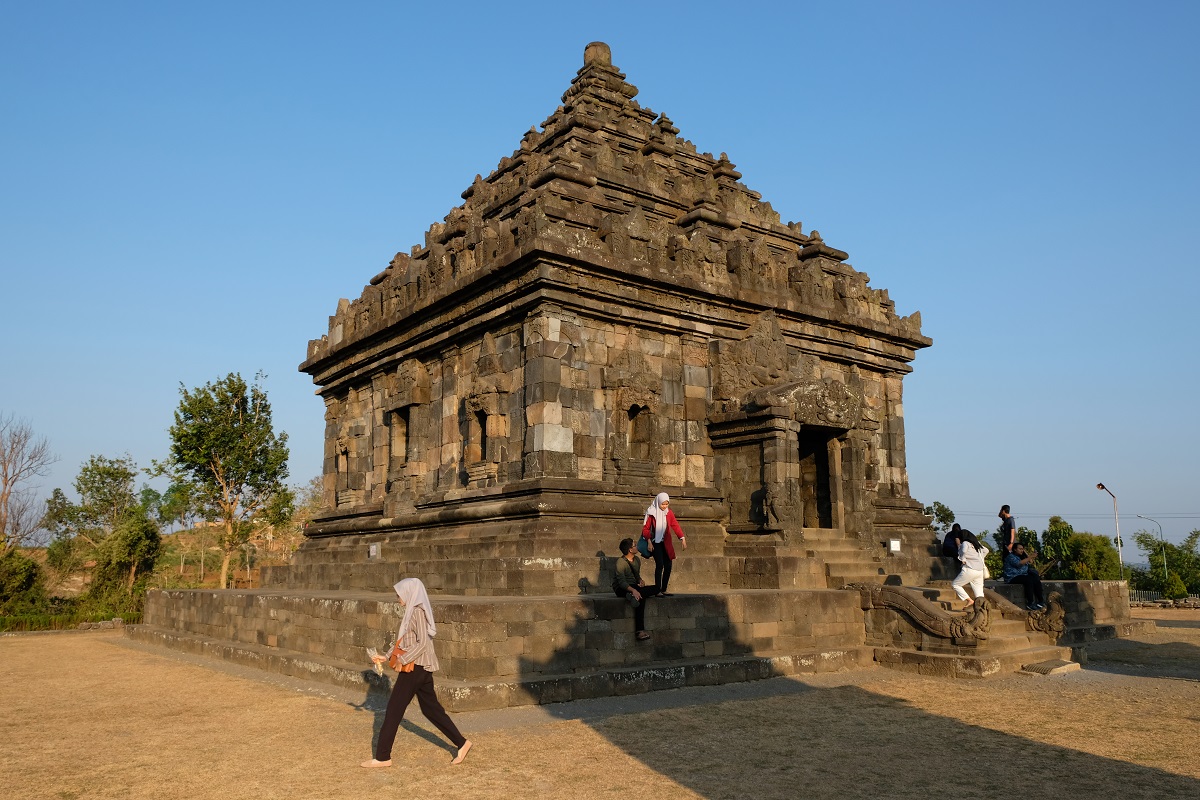 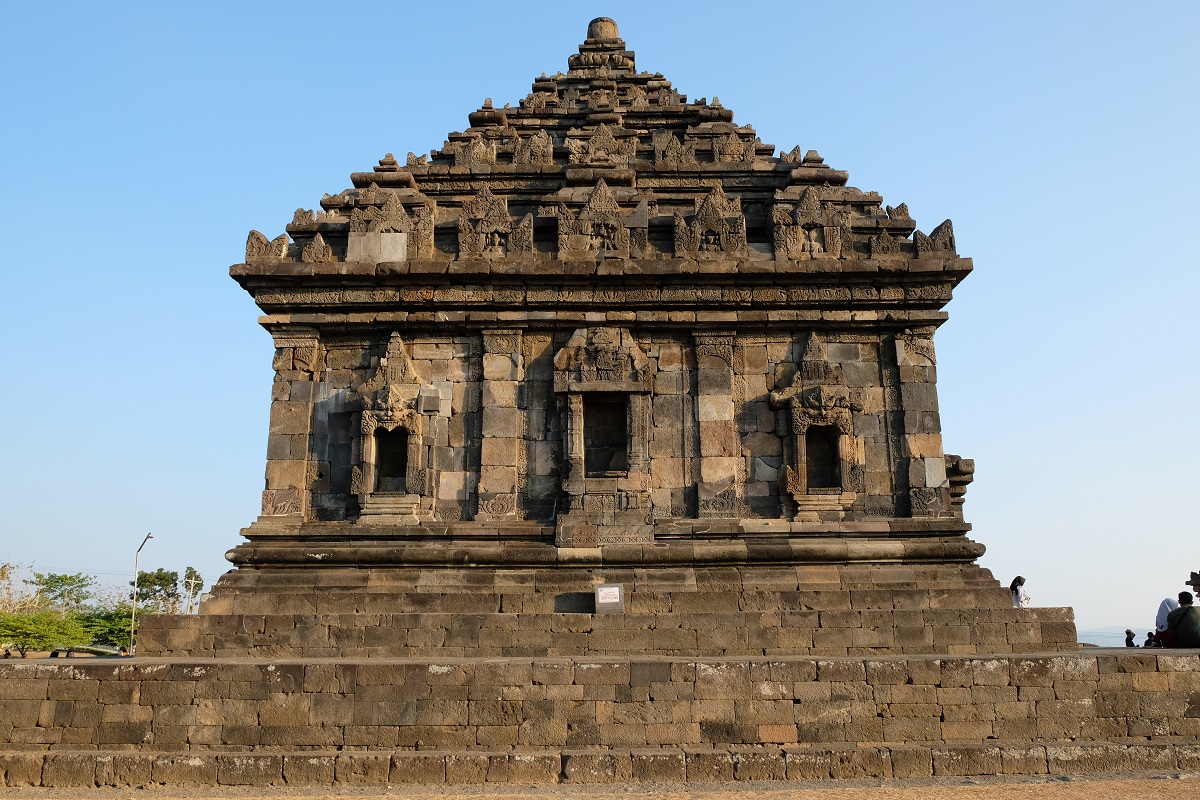 In the past, statues must have filled those empty niches 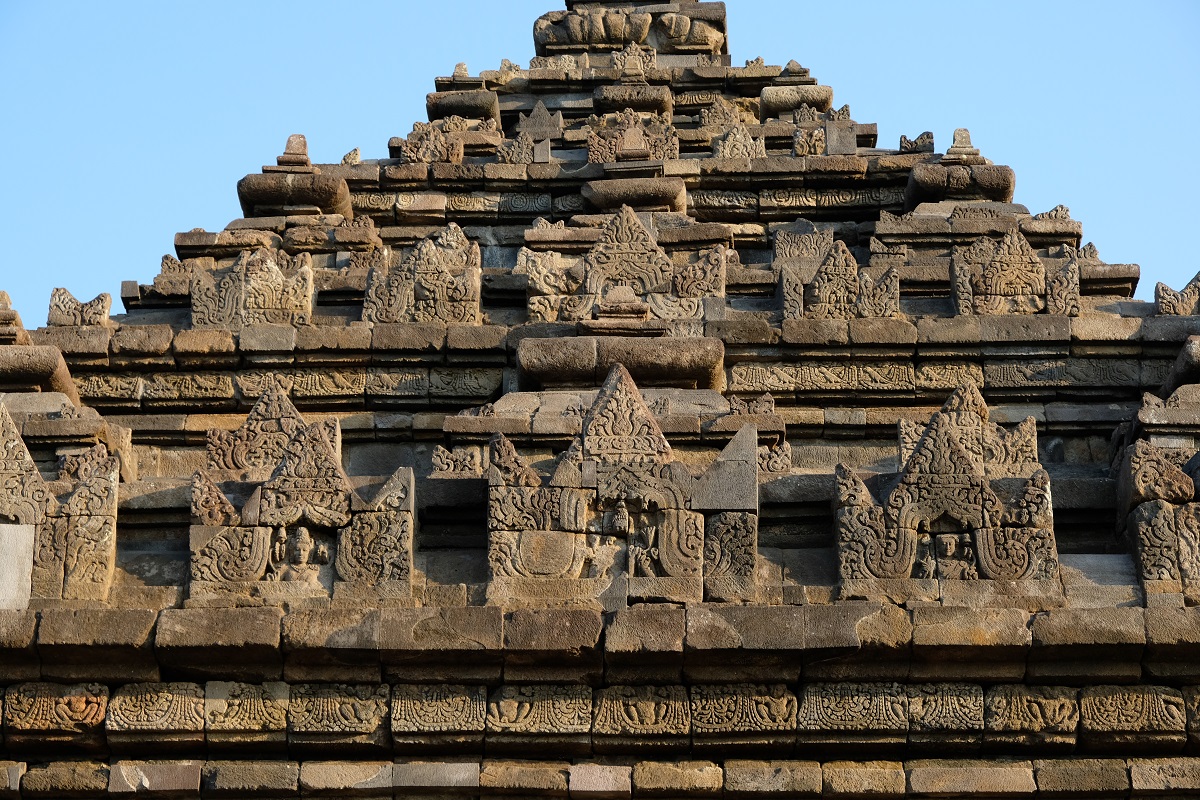 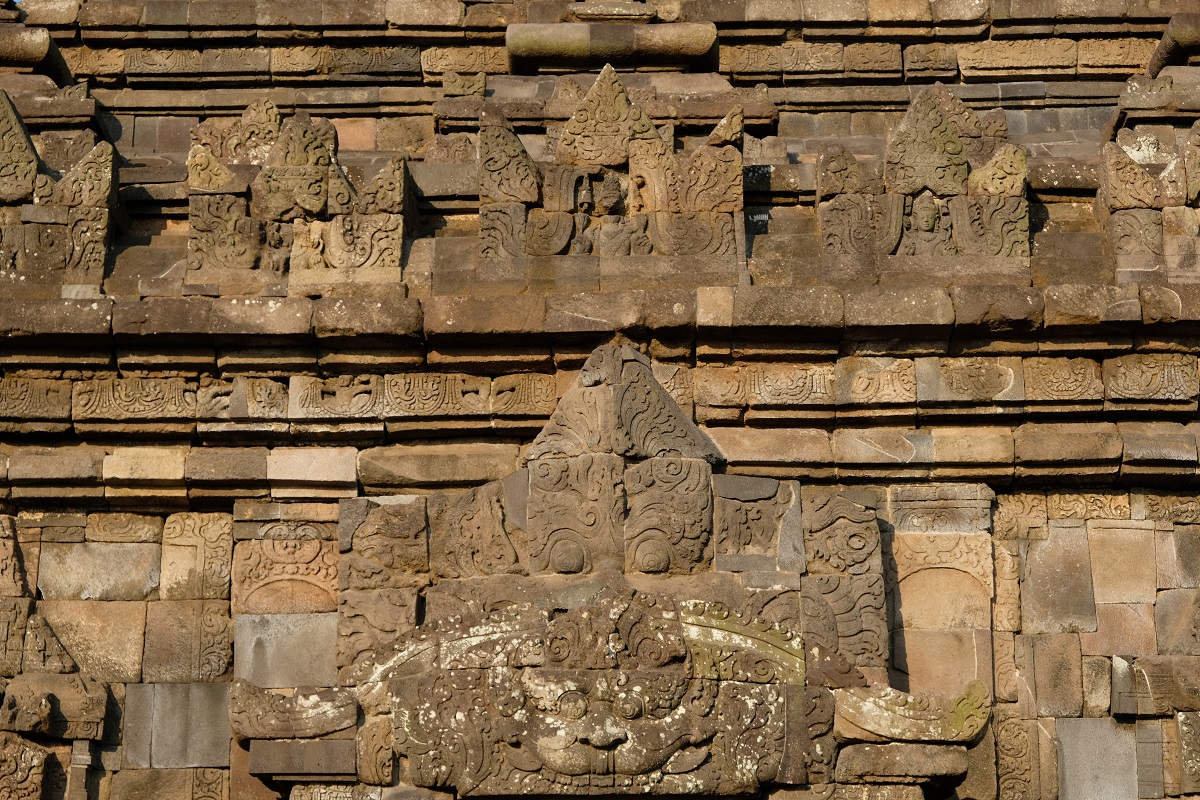 Stone carvings from the distant past 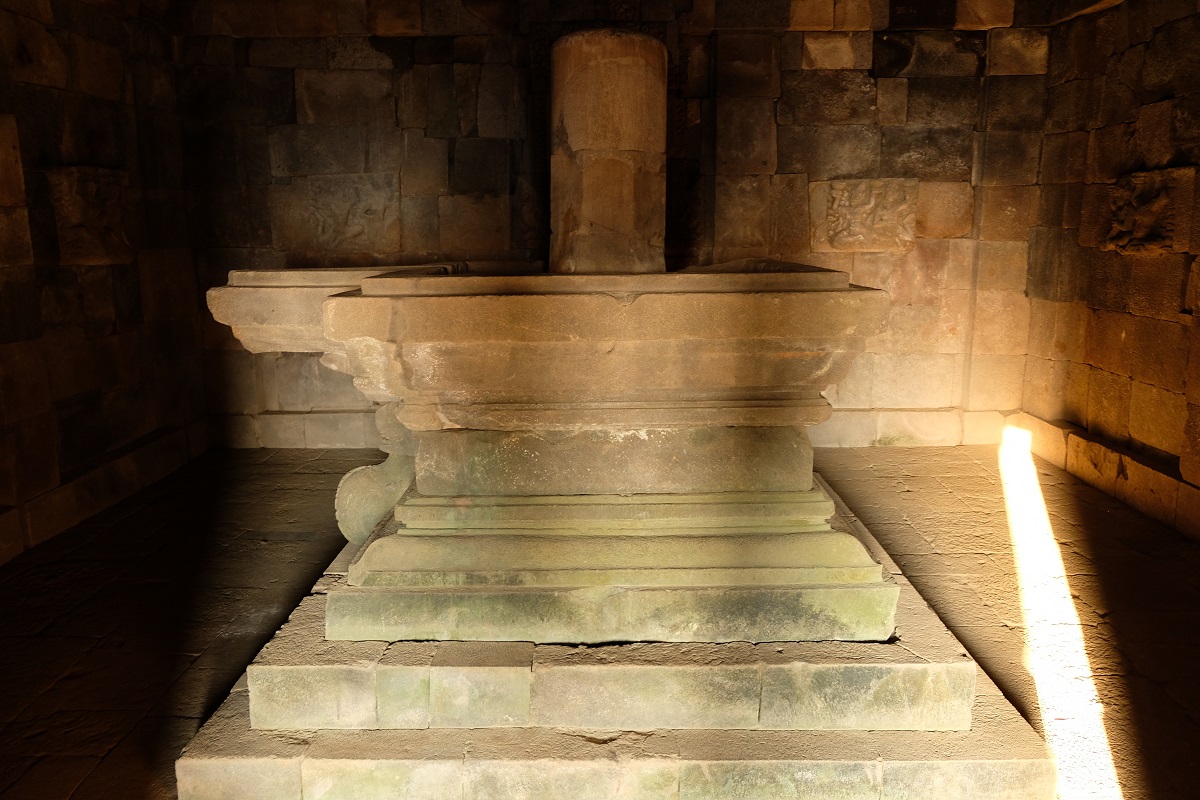 A lingga (lingam) and a yoni, together symbolizing Shiva 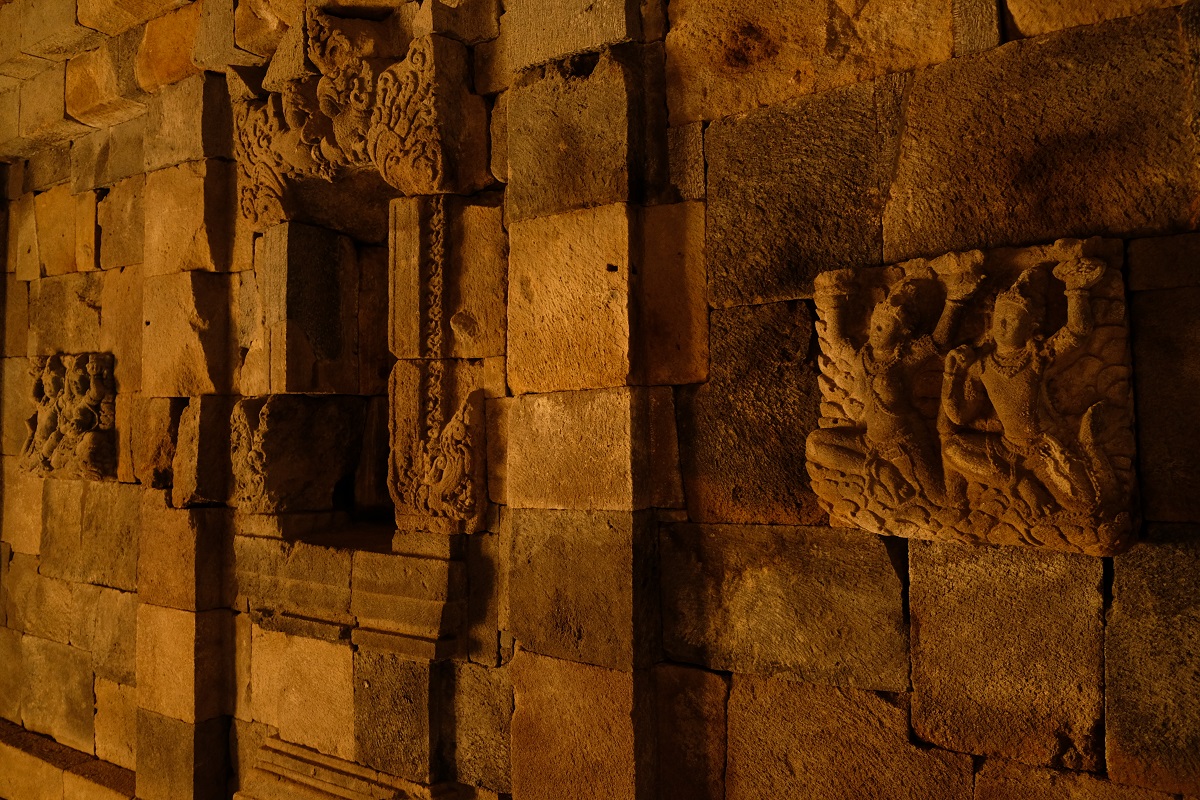 Inside the dark sanctum of the main temple 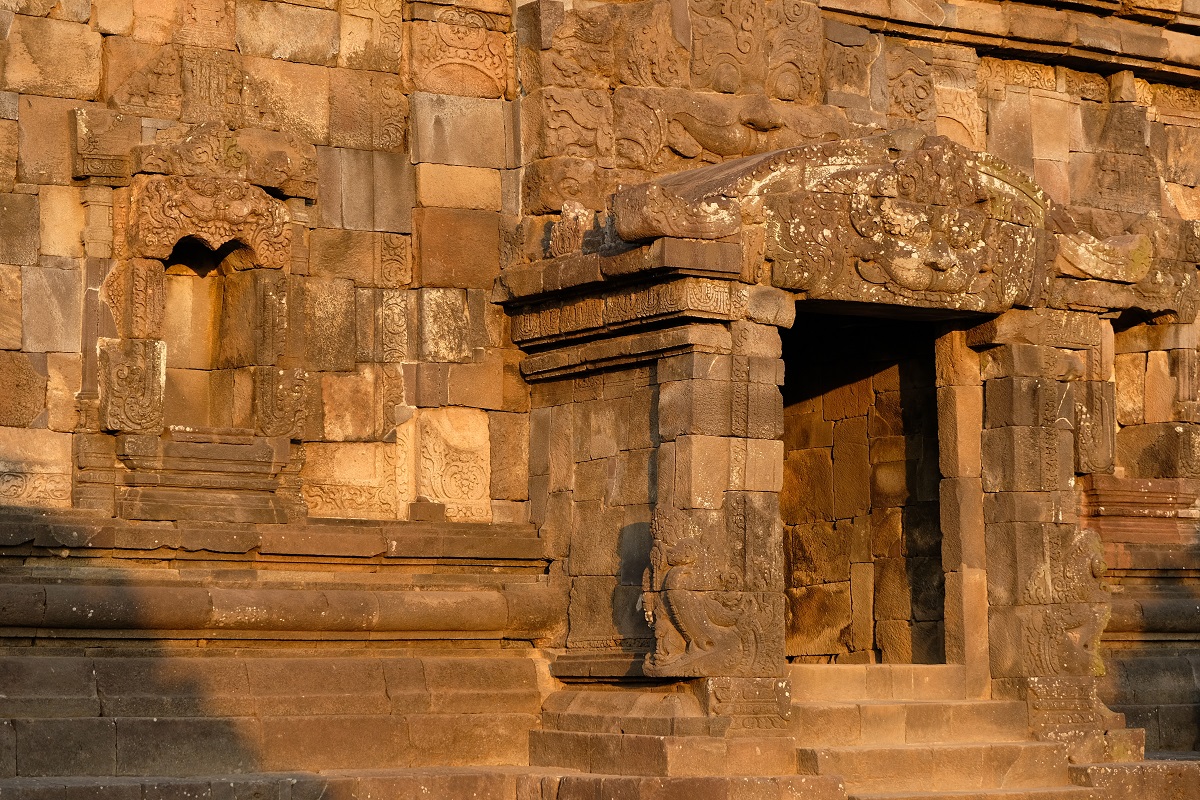 The entrance to the sanctum 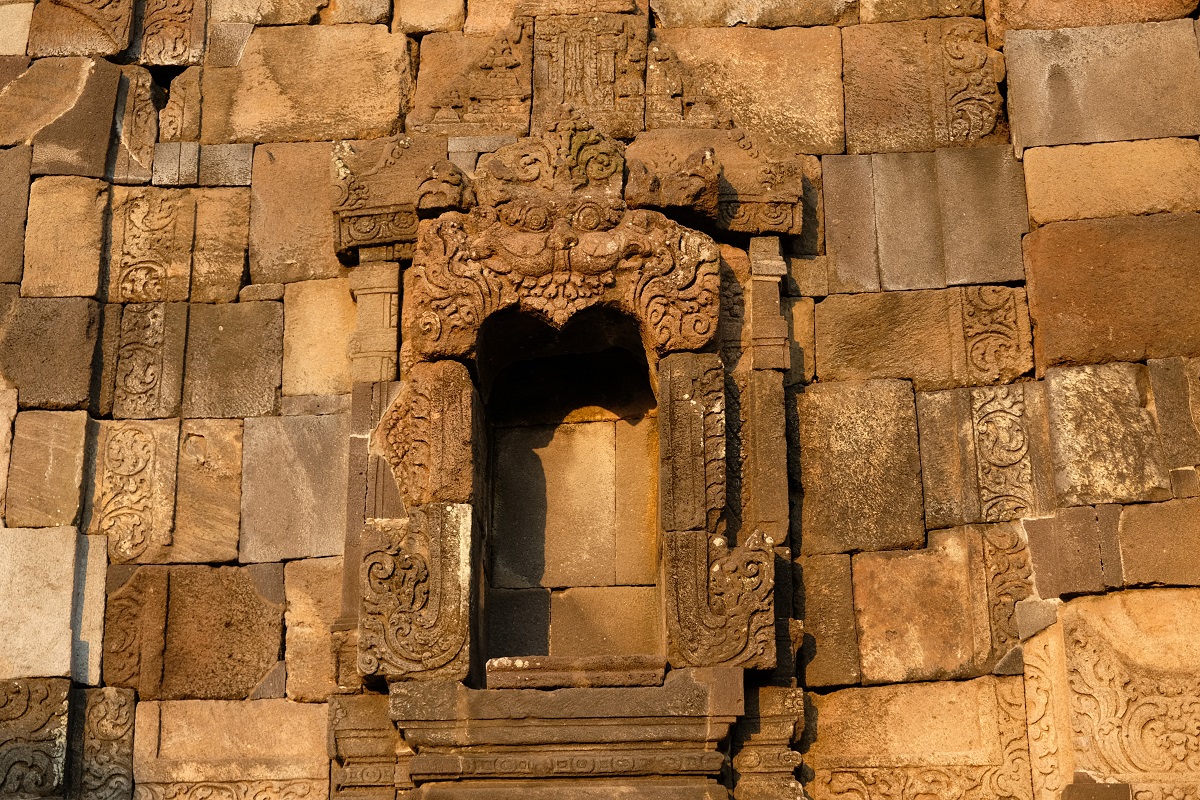 A Kala head above an empty niche 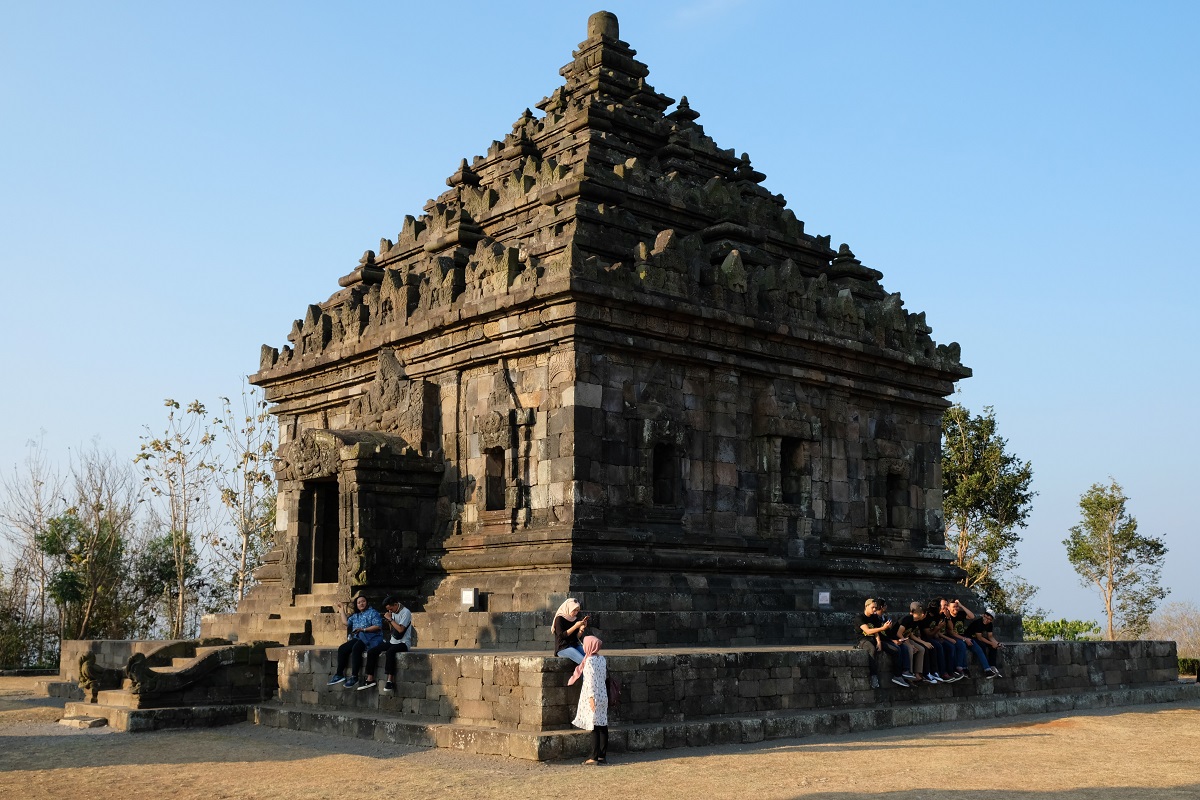 The west and south facades of the main structure 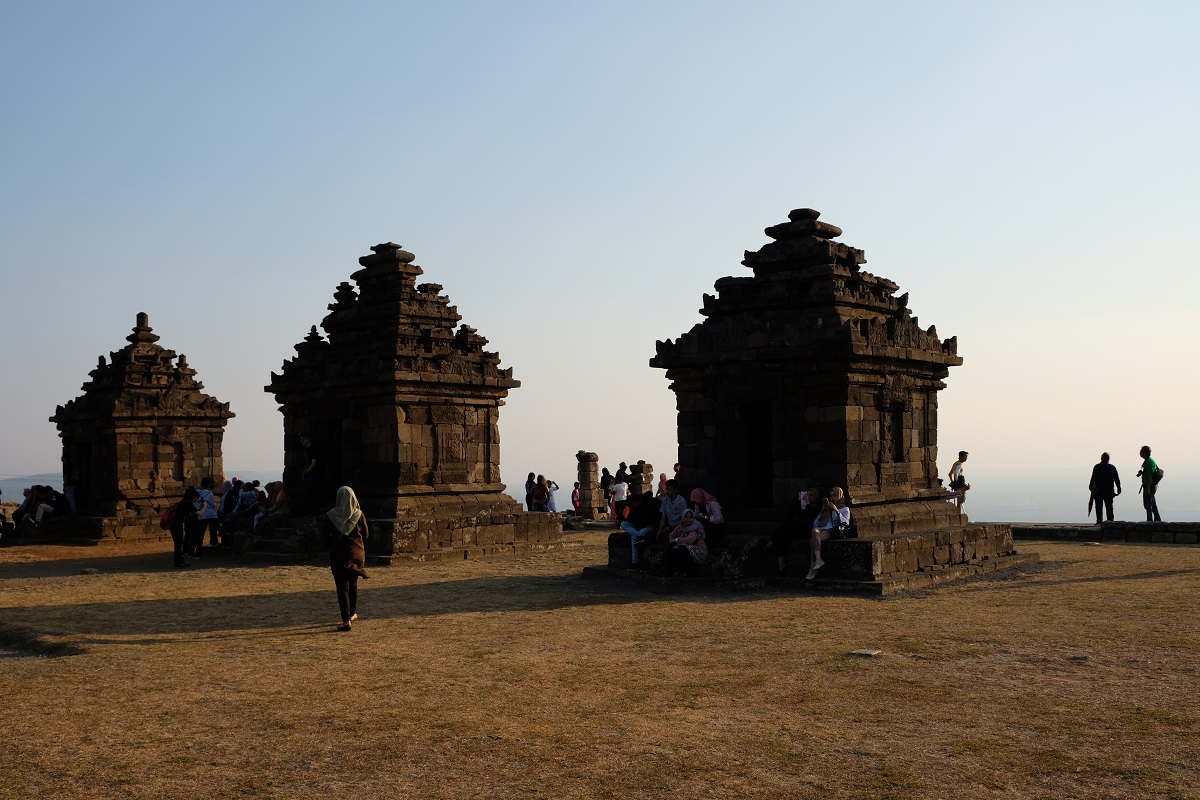 Three perwara (ancillary) structures in front of the main temple 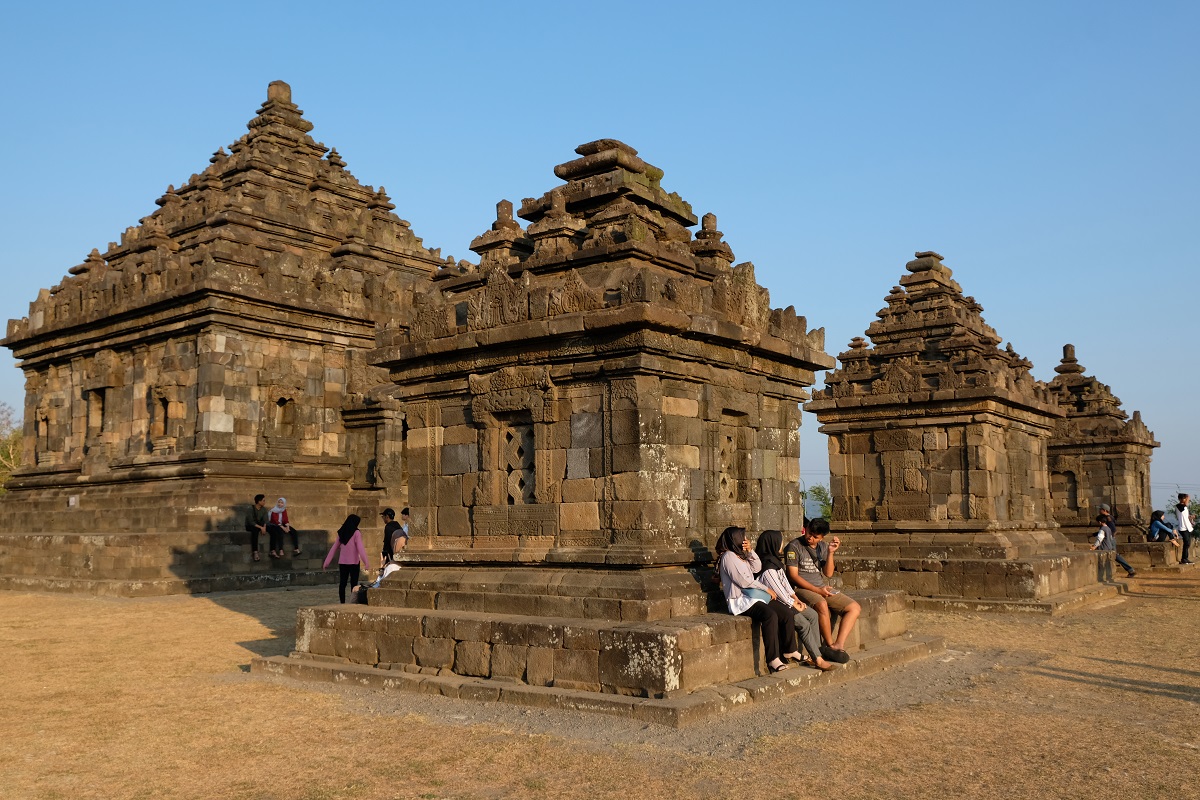 The ancillary structures and the main temple behind 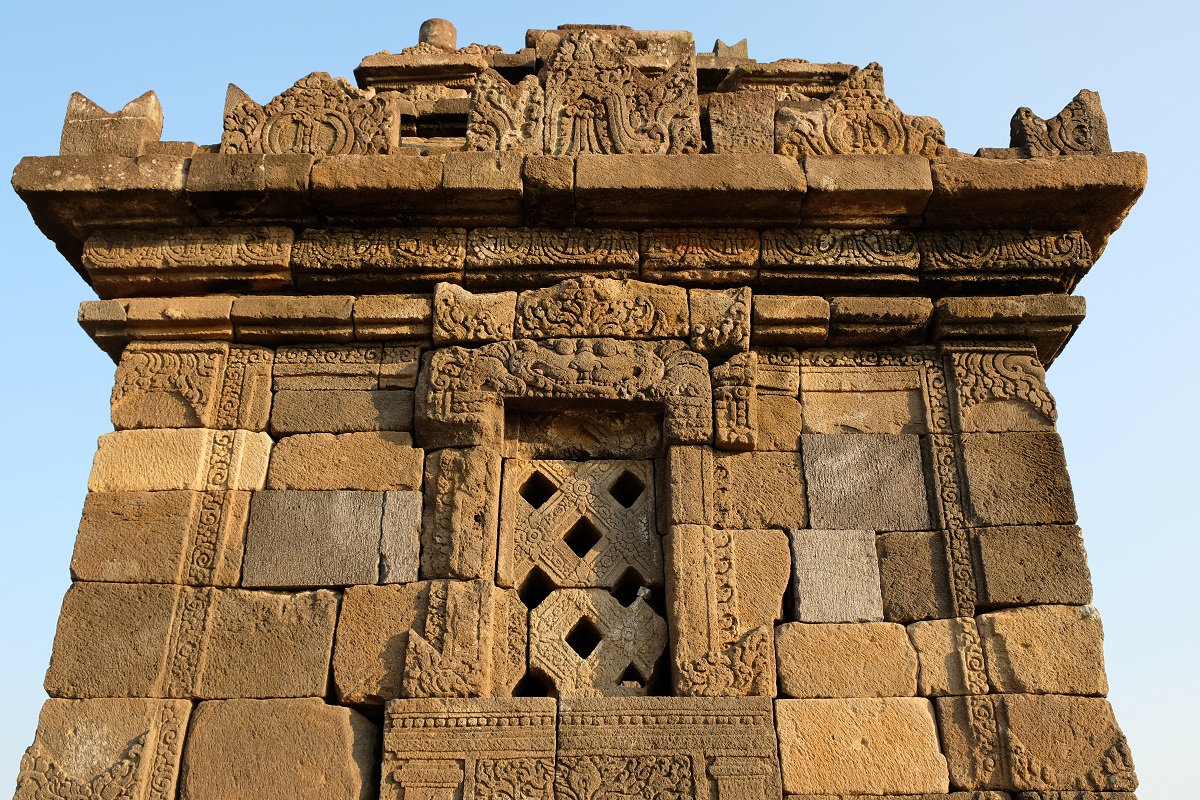 Window decorations at one of the ancillary structures 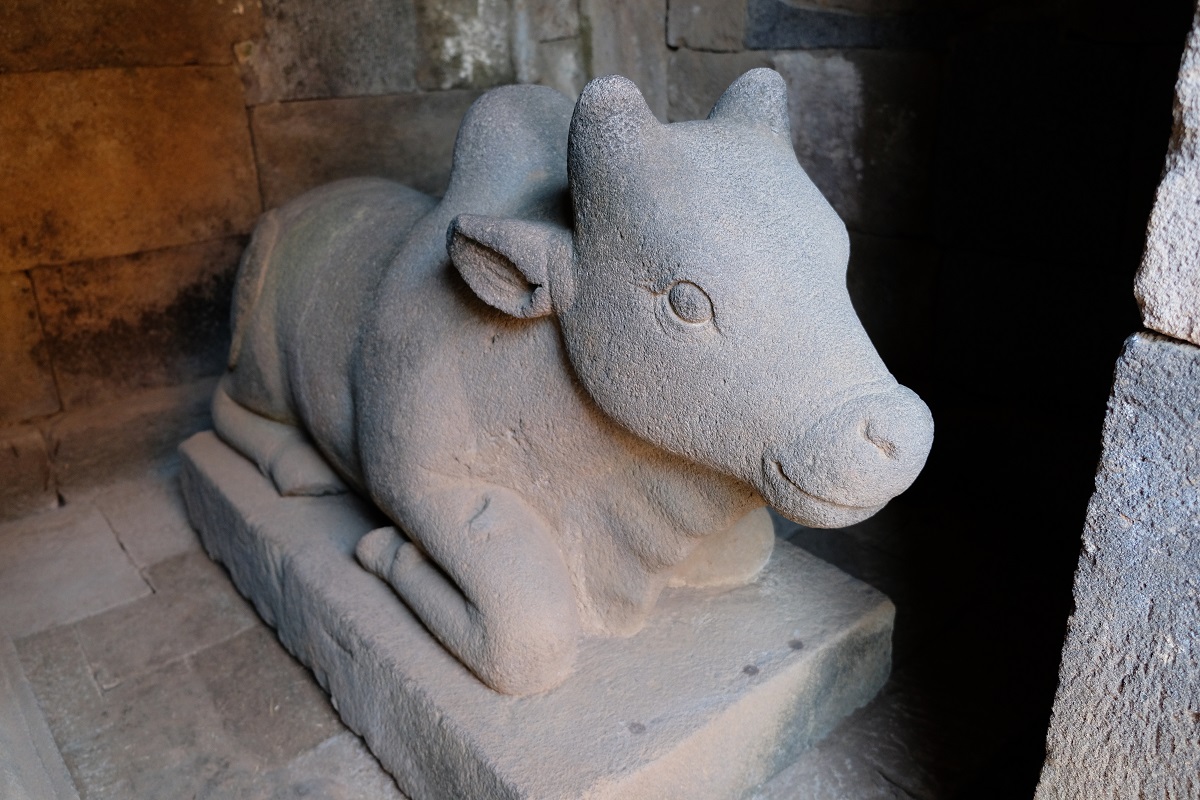 Nandi, the mount of Shiva 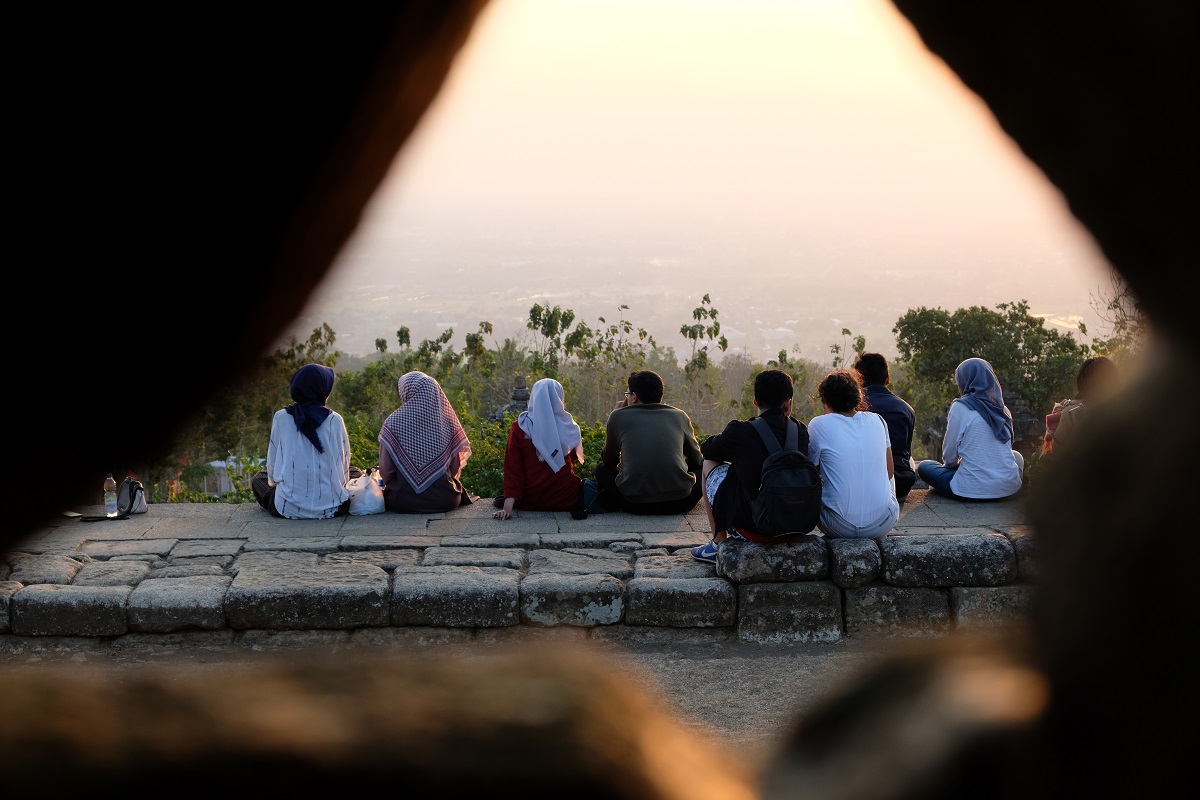 Waiting for the sunset

More visitors streaming in to see the sunset 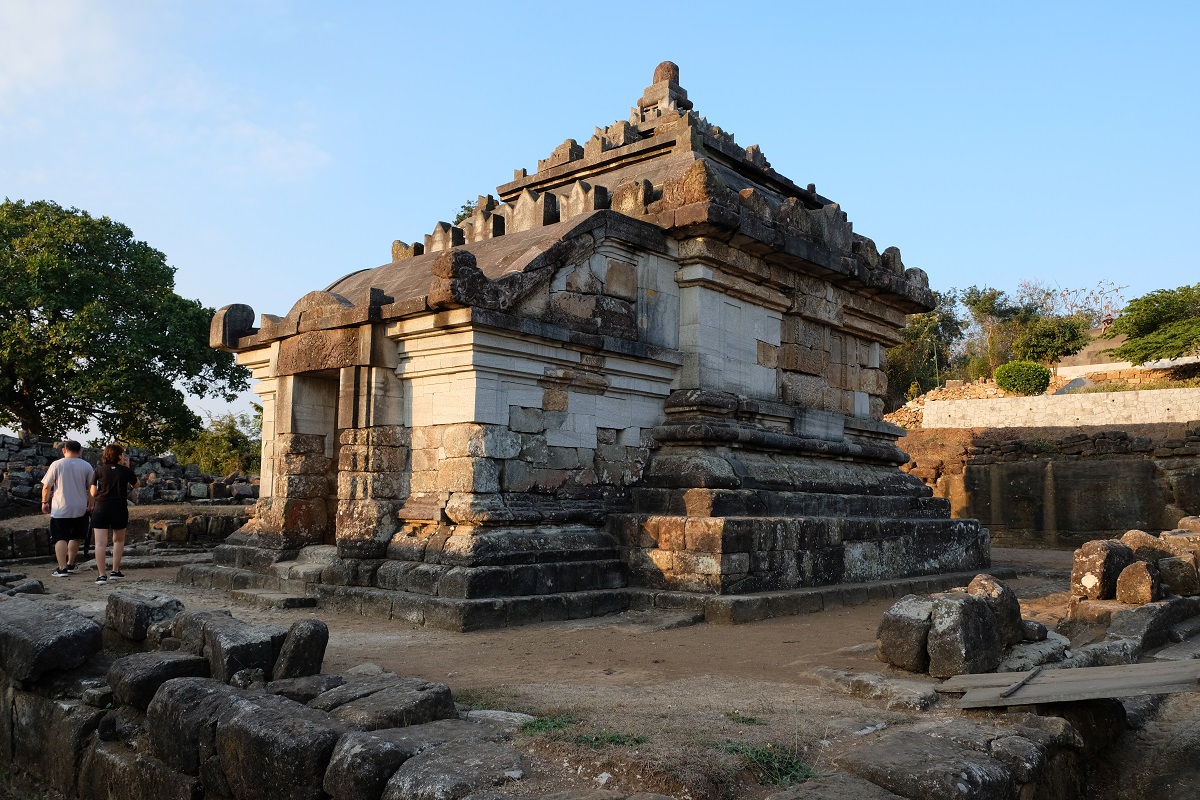 One of the structures on the slopes of the hill 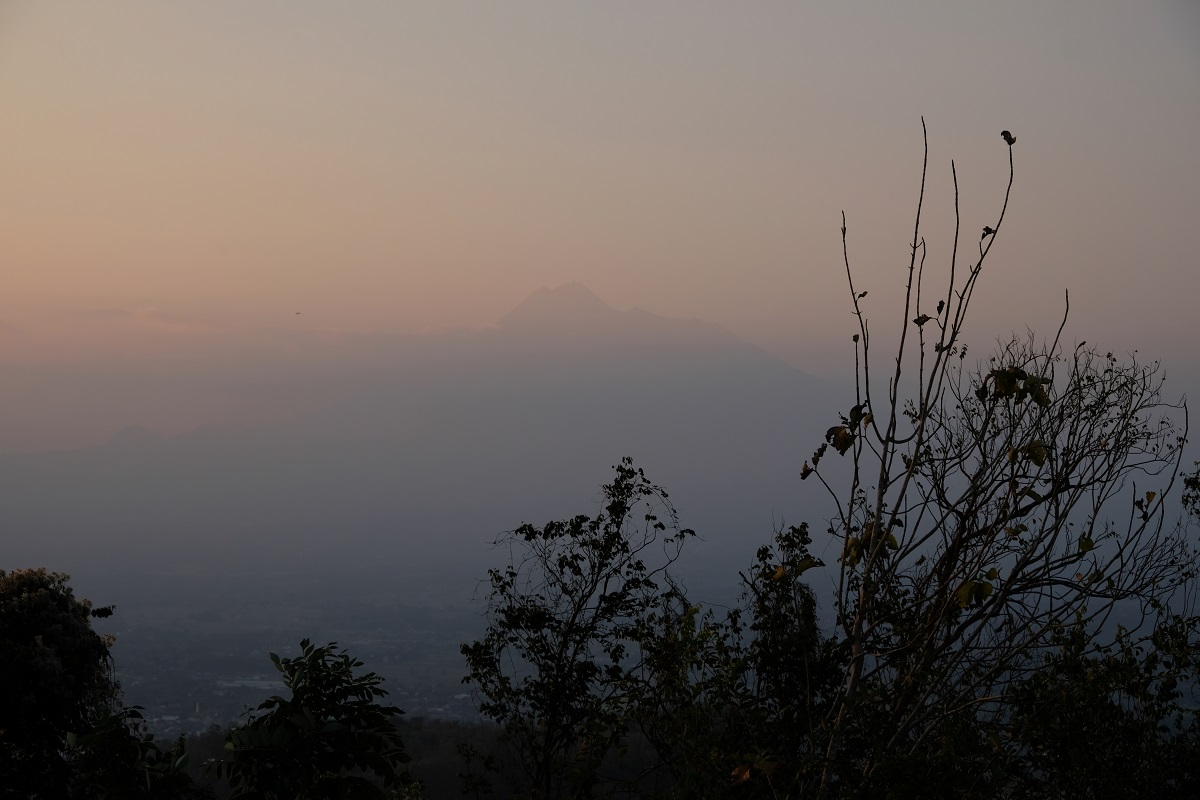 A dark silhouette of Mount Merapi 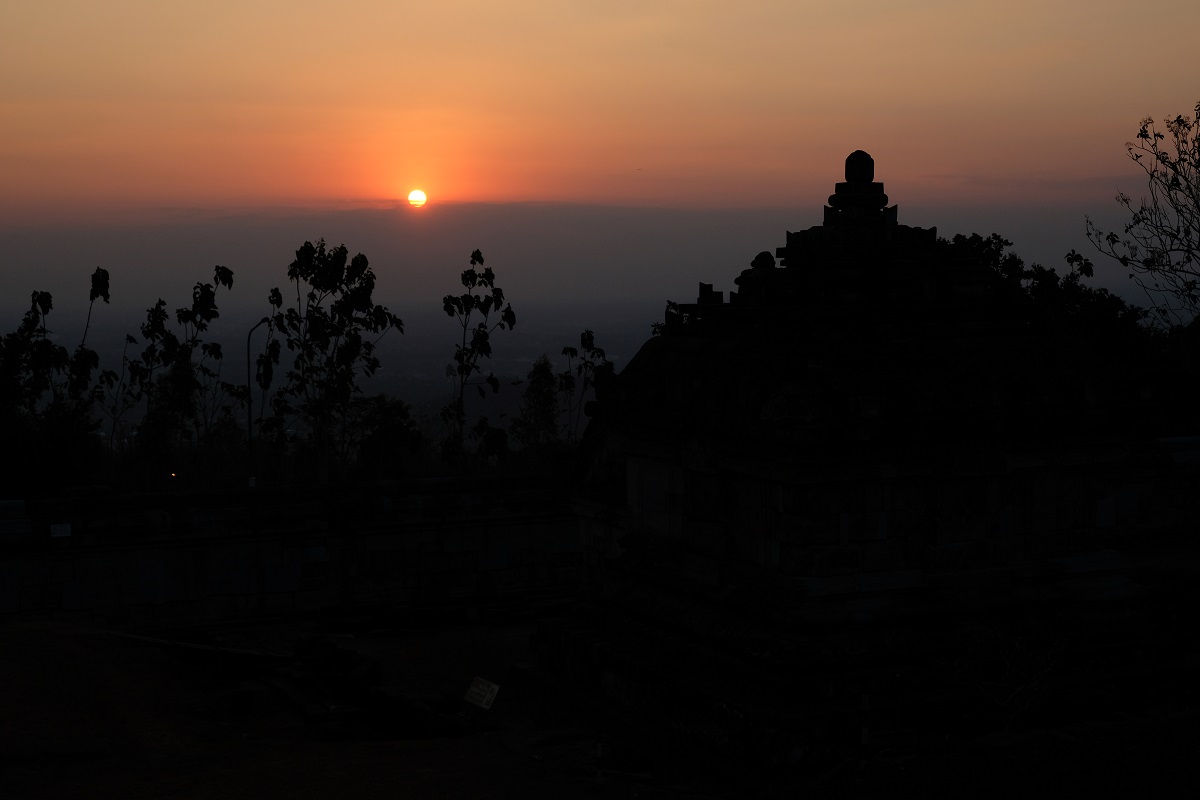 The last light of day

29 thoughts on “Candi Ijo: A Silent Witness of Change”