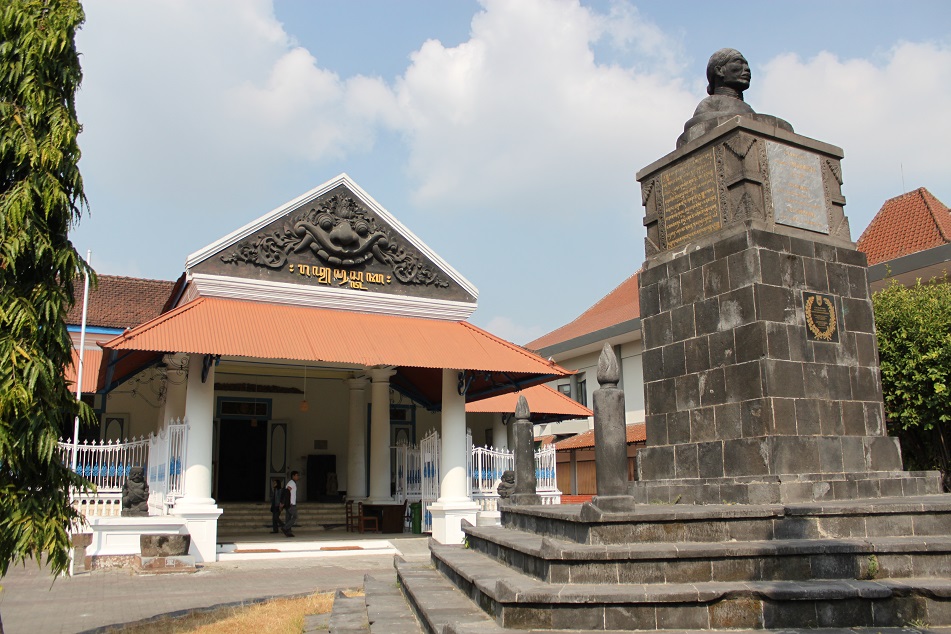 Try to gather 100 people and ask them the following questions:

“Who wants to go to the beach?”

Most of them would probably raise their hands.

Then ask, “Who wants to go to the malls?”

“Who wants to go to the museums?”

The response to the last question is usually as predictable as the one about the beach, though sadly at the other end of the spectrum.

Many museums in some of the countries I’ve visited have made great efforts to attract more people to come, both adults and kids, with generally positive results. From interactive buttons to easy-to-use audio guides, and visually-stunning displays to items that tickle your olfactory sense, these improvements are necessary to bring in more visitors. However, they always come with a hefty price tag.

Indonesia’s Museum Radya Pustaka is one of those unable to afford such costly upgrades despite the promise that such investment will result in a steady increase of visitor number in years to come. The country’s second oldest museum – established in 1890 in the Central Javan city of Solo – now occupies the former residence of a Dutch man who once lived in Java when much of the island was under the control of the European power. Since its inception, it has been home to among the most valuable artifacts procured from the Sunanate of Surakarta as well as ancient relics dating back to the time when Java was predominantly Hindu-Buddhist.

A worn-out music box is displayed within a glass case at the front part of the edifice. Why does such a dreary object take a prominent place in the museum? One would inquire. Both a rusty brass plate and a piece of paper at the bottom of the case reveal the person who gave this gift to the erstwhile ruler of Solo: Napoleon Bonaparte himself. In the early 19th century, as Holland fell under the control of the French, Java indirectly became part of the French Empire. Napoleon presented gifts to local rulers in his far-flung colonies probably to win their hearts, and to further boost France’s standing on the world stage. Pakubuwono IX, the Surakartan contemporary of Napoleon, received a beautiful vase from the French Emperor in addition to the music box which must have looked a lot more glorious back in those days.

Other sections of the museum showcase distinctively Javanese cultural artifacts. A set of gamelan – comprising multiple units of xylophone instruments, small drums, hung and cradled gongs, and rebab – takes center stage inside the museum. Around it characters from the Hindu epics Ramayana and Mahabharata in the shape of wayang kulit (shadow puppets made from leather) are neatly placed inside glass vitrines, their gold-painted skin shimmering under the dim light. Elsewhere in the museum, beautifully-embellished weaponry and centuries-old statuettes of Hindu and Buddhist deities are telltale signs of the artistic accomplishments of Java’s best artisans in the past with those skills being preserved up to this day.

More than ten years ago, however, the normally quiet museum made national headlines as it was discovered that some centuries-old statues were stolen from the premises. A tour guide confessed that only those who knew the museum really well could pull off such a heist. Then a few years ago, amid financial problems that engulfed the institution, the museum was closed. Only after the city government of Solo intervened did the museum’s operations resume as normal. With its troublesome management, it’s rather infeasible to expect Museum Radya Pustaka to undergo expensive upgrades to stay relevant in the ever-changing world. For now, at least, surviving another day seems to be the most realistic thing for this treasure trove of Indonesia’s rich history. 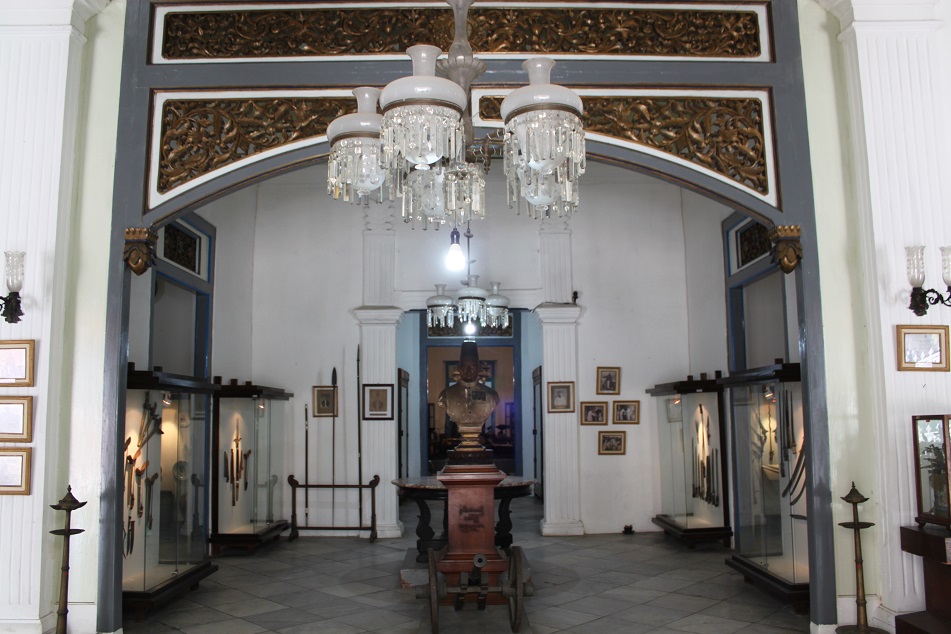 A Worn-Out Music Box, A Gift from Napoleon to Pakubuwono IX 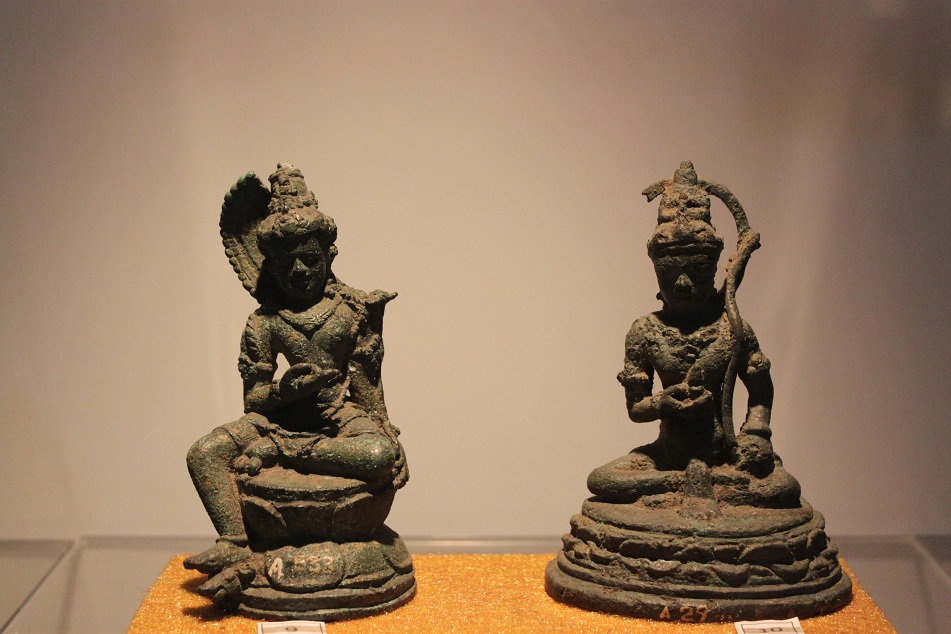 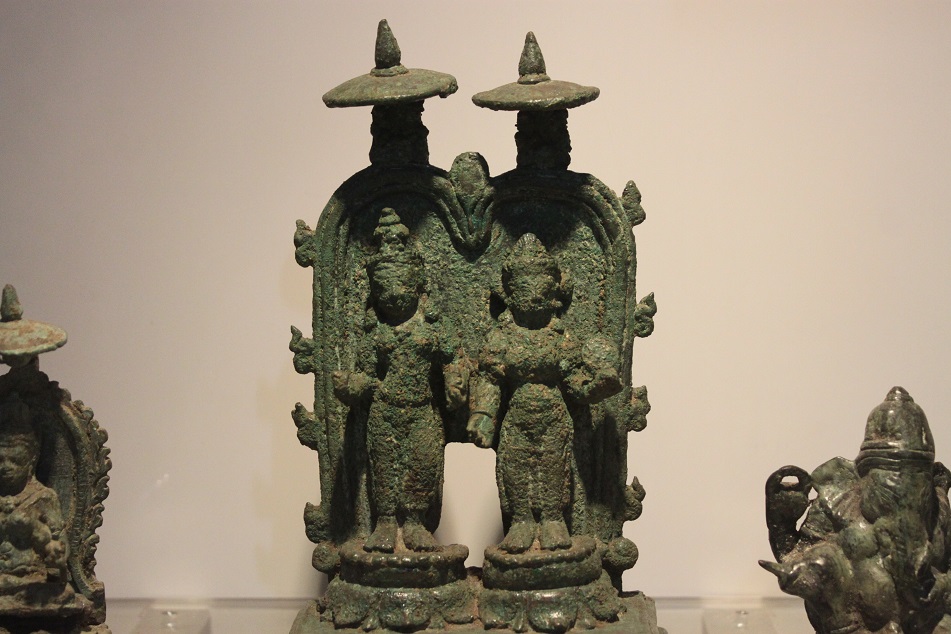 The Hindu God Shiva and His Consort Parvati

More Vestiges from the Past

Peace Radiates from this Little Buddha 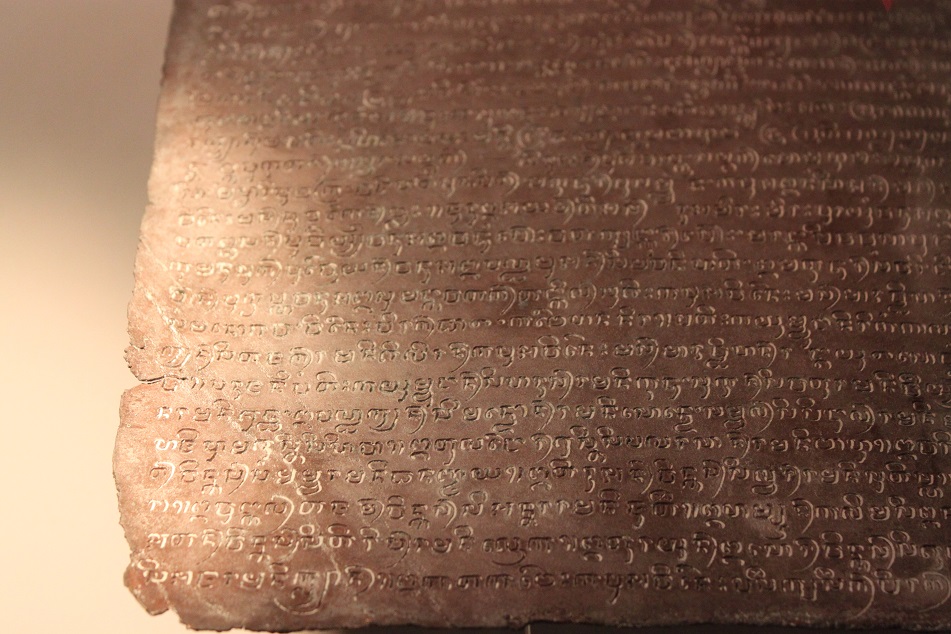 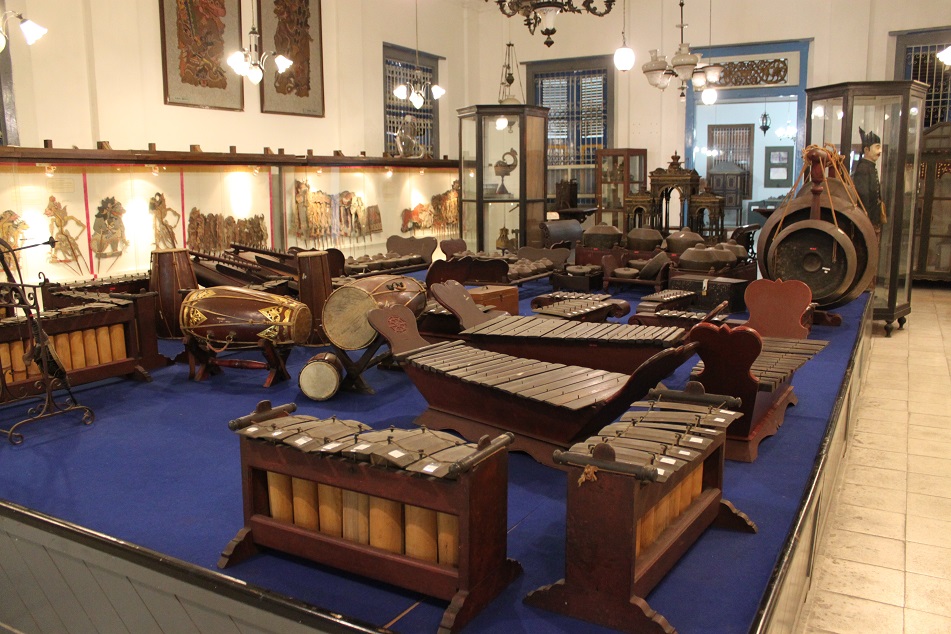 A Set of Javanese Gamelan (Set of Traditional Musical Instruments) 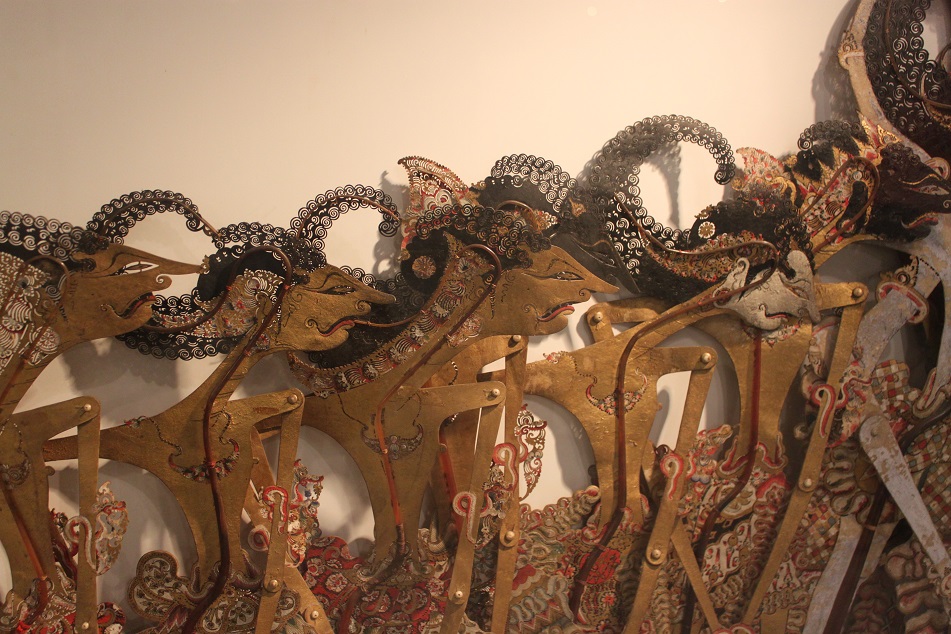 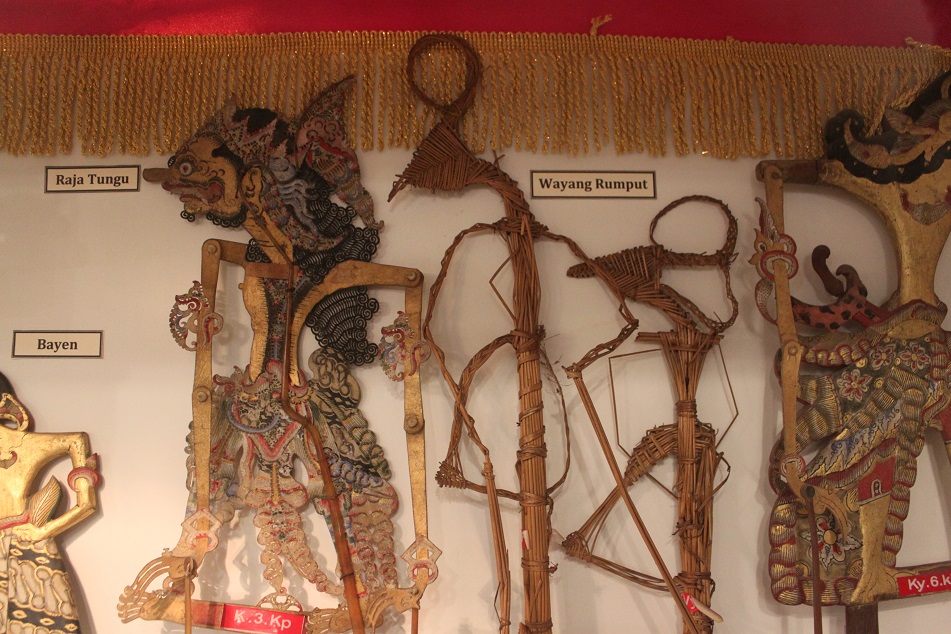 Wayang Rumput, A Type of Shadow Puppet Made from Grass

The Mythical Creature Rojomolo, Mounted at the Bow of A Royal Barge 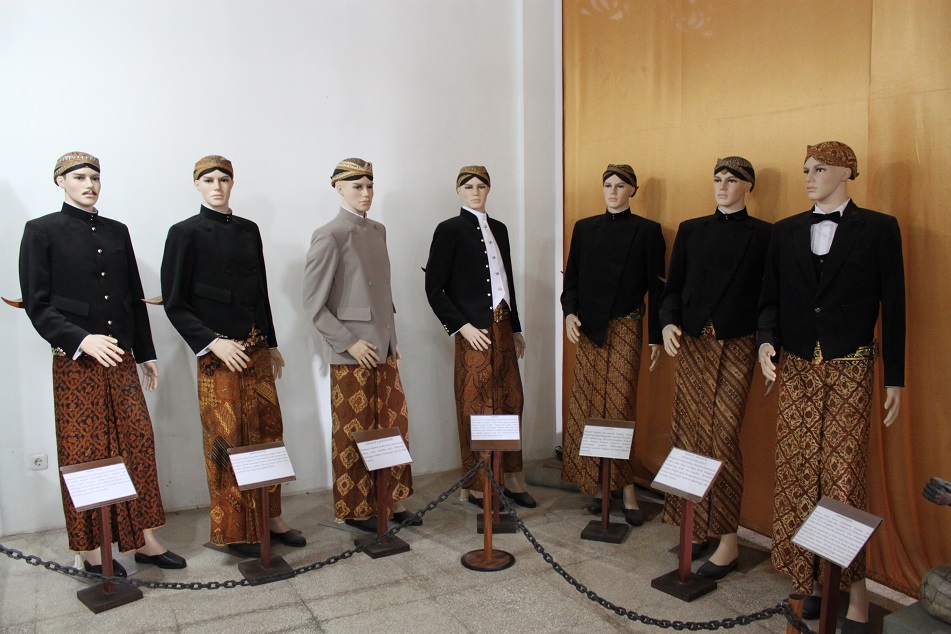