Once South and Southeast Asia were lands where Hindu and Buddhist kingdoms and empires, and later Islamic sultanates, conquered one another not only to exert their dominance, but also to control the lucrative spice trade in the region. Then the Europeans came and forever changed the geopolitical landscape of Asia and beyond. By the 19th century, two European nations – the British and the Dutch – through their quasi-governmental East India Companies had established monopolies on the world spice trade, from nutmeg to cinnamon, clove and pepper.

While the Dutch East India Company (VOC) was largely unchallenged in the Dutch East Indies (the precursor to modern-day Indonesia), the British East India Company (EIC) controlled much of the Indian subcontinent and Ceylon (present-day Sri Lanka). In India, the EIC gradually rose to prominence within centuries since their inception at the turn of the 17th century. In the mid-18th century, they won a decisive battle in Bengal against the Nawab (the local ruler who was under the influence of the once mighty Mughal Empire) and the French whose own East India Company was aspiring to be a major power in the region.

In the decades that followed, the EIC’s grip on India expanded. In the mid-19th century, Lord Dalhousie, who at that time was the company’s governor general, formulated a policy which would help the British to further acquire lands in the subcontinent. Dubbed the Doctrine of Lapse, the policy dictated that any princely state under the influence of the EIC whose ruler either died without a male heir or was incompetent would automatically be annexed by the company. The British, unsurprisingly, determined who was competent and who was not.

Thanjavur (also known as Tanjore in the past) in the southern part of the subcontinent was one of the princely states which would later be absorbed into British India. A region which was once the political center of the Chola Empire whose hegemony reached lands far beyond its borders, Thanjavur became a kingdom (and later a princely state) under the Bhonsle dynasty of the Maratha clan after centuries of rule by the Pandyas, the Delhi Sultanate, the mighty Vijayanagara empire, and the Nayaks of Madurai.

At the heart of their capital, the Bhonsles resided in a sprawling palace complex locally known as Aranmanai. However, it is today a compound consisting of both relatively well-preserved structures and dilapidated halls. The Durbar Hall (royal court) has now become an eerily quiet corner in the palace complex. Its entrance is a nondescript dark corridor, while the hall’s highly-ornate ceiling and capitals are suggestive of a time when monarchs sat on the currently empty throne.

In spite of having lost the territory they once controlled, the Bhonsles remained in the palace, surrounded by lands under British control. And as the British Raj exerted further dominance in the subcontinent, one by one they took over lands from local rulers and consolidated them under the rule of the British Crown. Only Portuguese-controlled Goa, Daman and Diu, as well as French-controlled Pondicherry and a number of enclaves along the eastern and western coasts of India were spared. 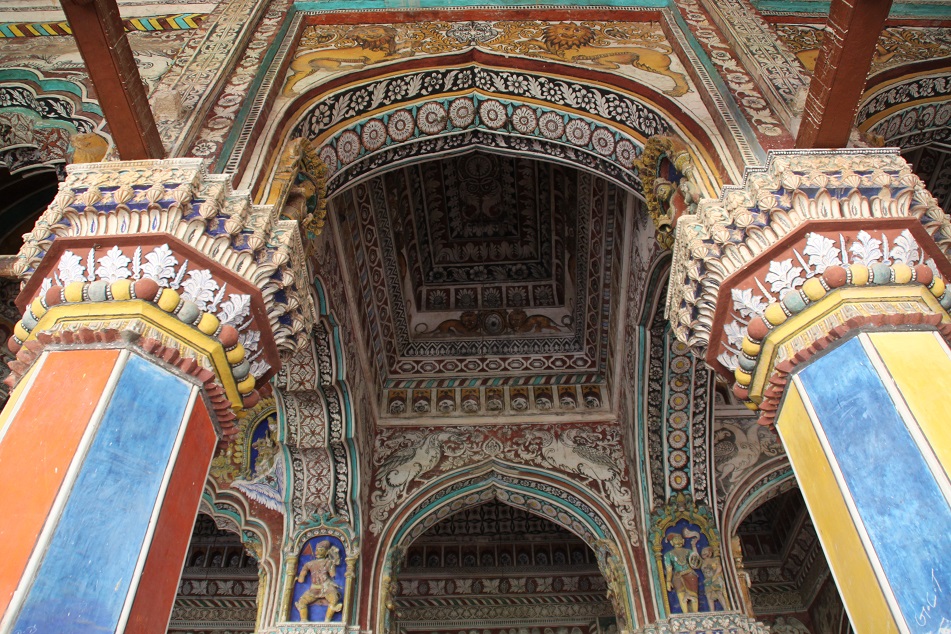 Statuettes on A Capital

Shiva and Parvati Sitting on Nandi 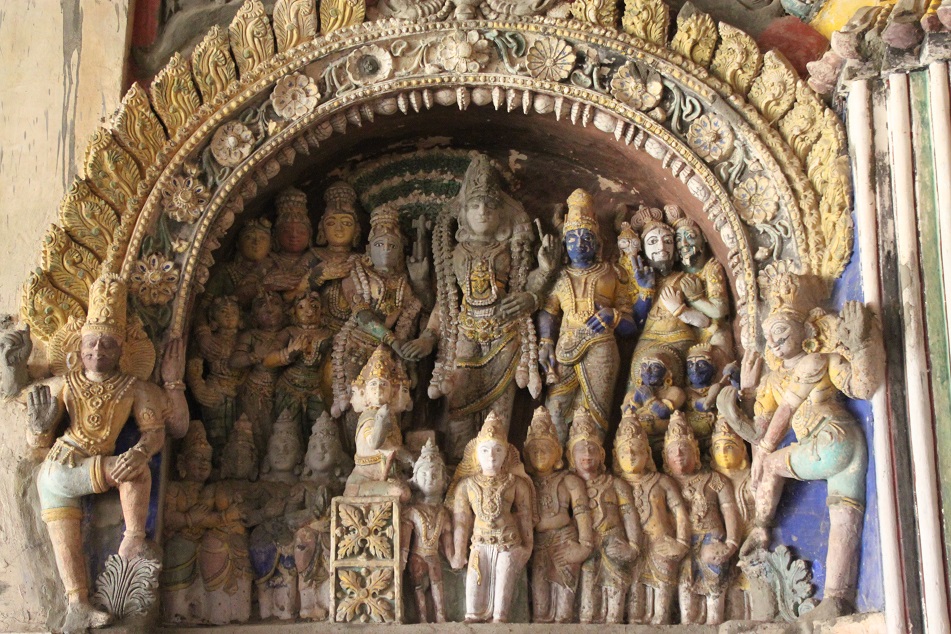 The Guardians and the Floral Motifs are Unmistakably Cholan 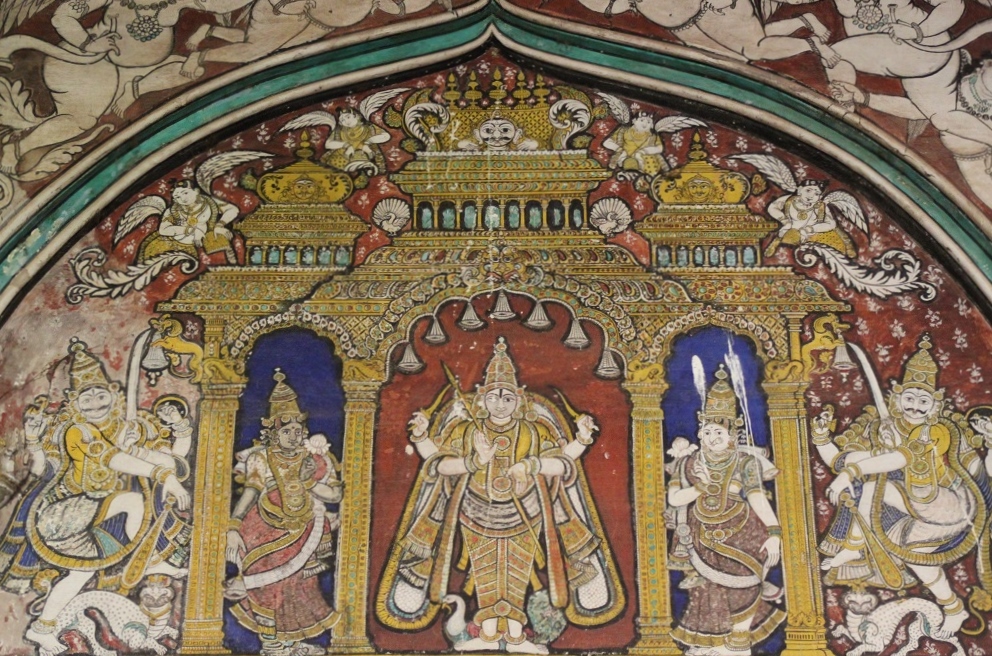 43 thoughts on “Thanjavur and the Doctrine of Lapse”