You cannot say you have visited Yangon if you haven’t gone to Shwedagon Pagoda. I mean it.

For most people, Southeast Asia is a wonderful place with so many beautiful temples scattered throughout the region. But after traveling around for a while, some might frown when anyone suggests another temple for them to visit. That should not be the case for Shwedagon Pagoda in Yangon, Myanmar. This 2,500 year-old shrine has been the heart of Myanmar’s religious life from the very first time of its construction. 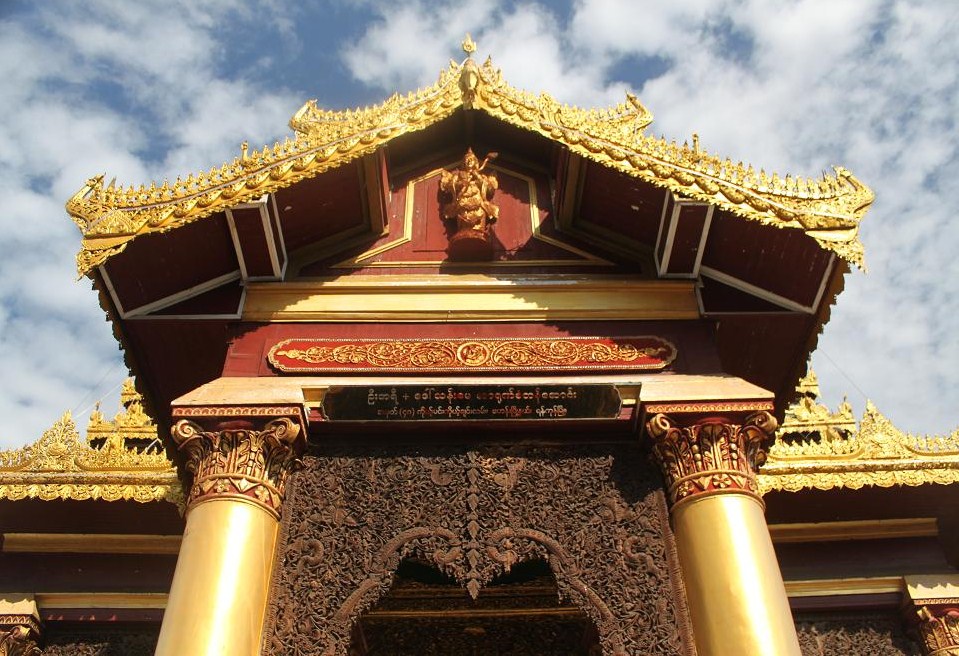 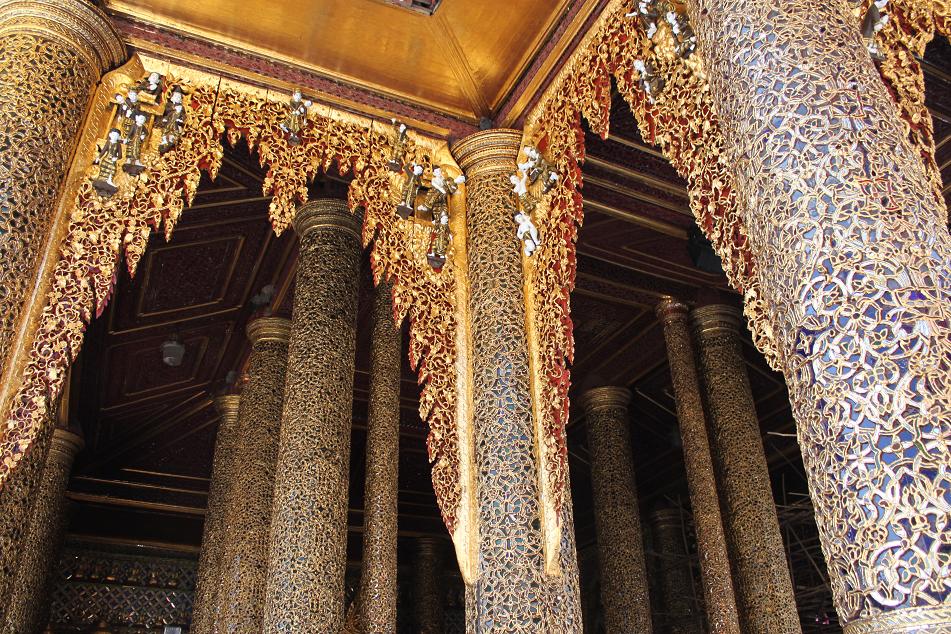 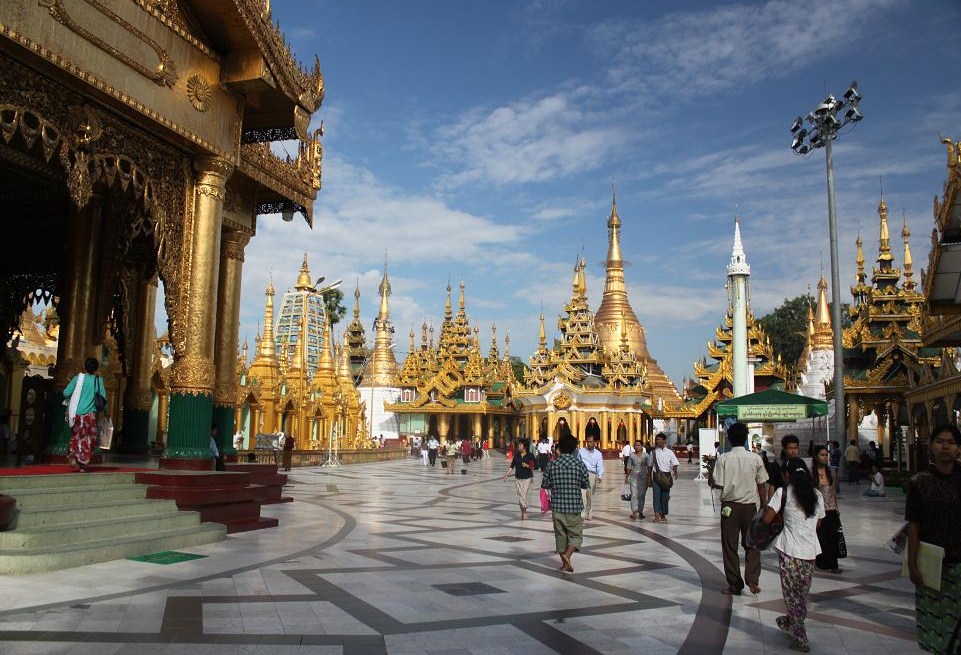 Zedis (or Chedis) with Different Styles at The Inner Courtyard 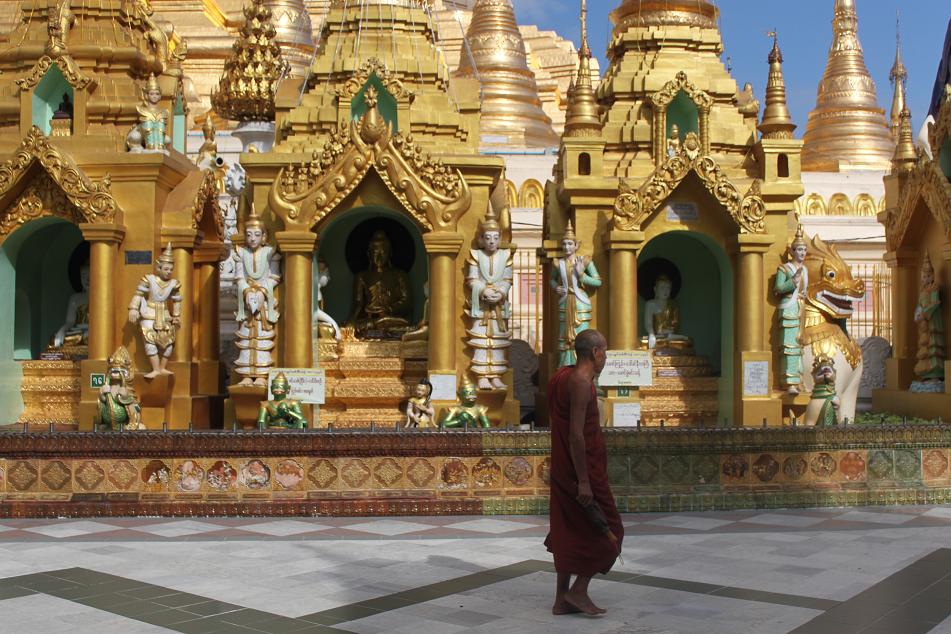 A Monk Walking by The Planetary Posts

A View of The Inner Courtyard 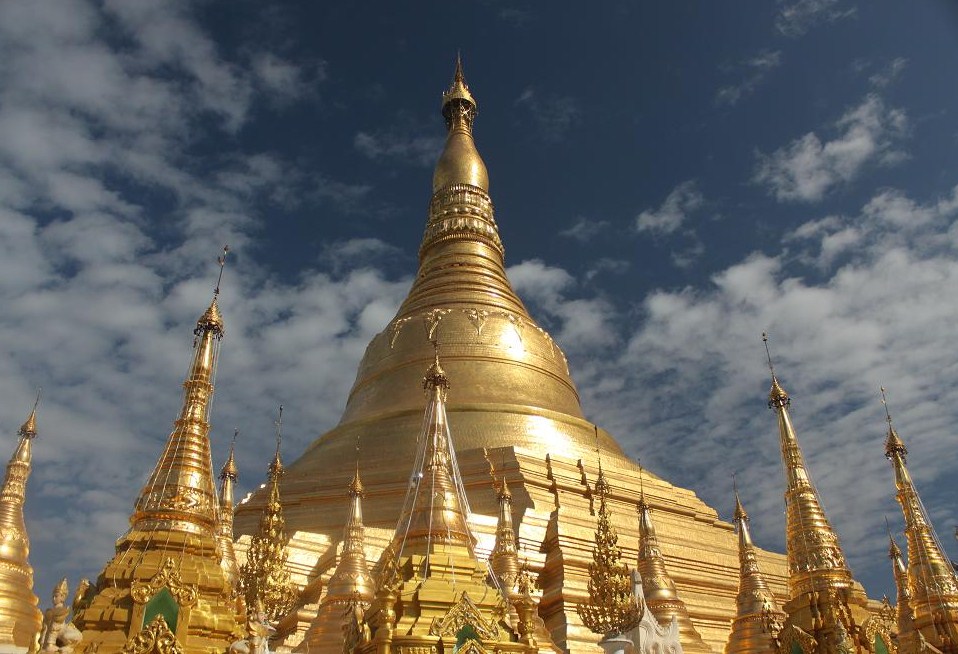 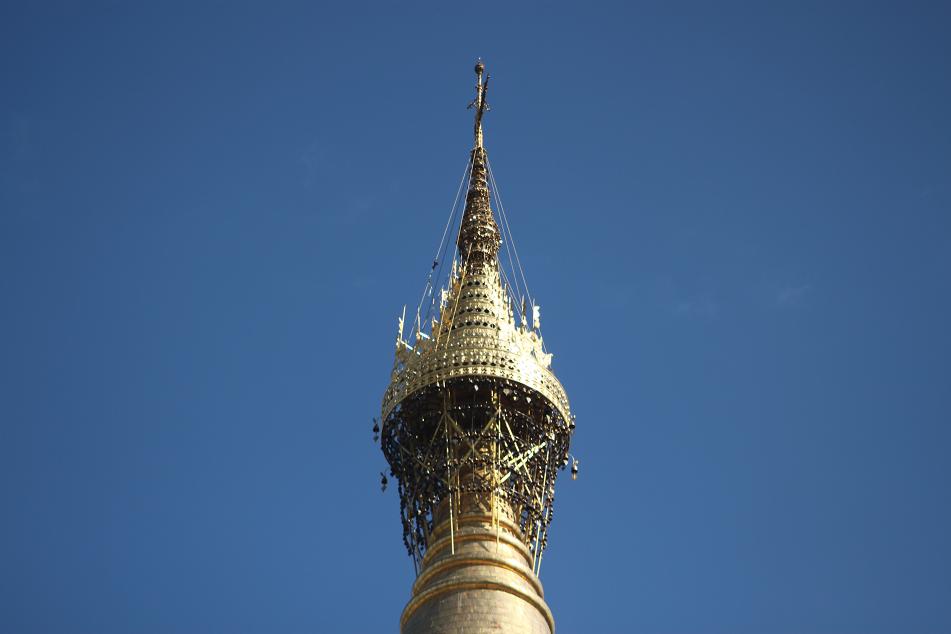 The Umbrella, The Vane and The Diamond Bud All Adorned with Diamonds and Precious Stones

Legend has it that when Prince Siddharta from India just attained Buddhahood, he was visited by two brothers: Tapussa and Bhallika, both were merchants from Myanmar who offered a gift of honey cakes. In return, Buddha himself removed eight pieces of his hair and handed them to the two brothers for enshrinement in their town of Okkalapa, present day Yangon. Upon their return, the two brothers presented Buddha’s hair to the King of Okkalapa who later erected a pagoda and enshrined the eight pieces of hair together with the relics of previous three Buddhas. The original height of the pagoda was 66 feet (around 20 meters). From the 14th century onward, successive merchants rebuilt or regilded the pagoda until it reached its present height of 326 feet (almost 100 meters). It has ten unique different sections, which are: the base, the three terraces called Pyisayan, the bell-shaped section called Khaung Laung, the Baung Yit with its distinct embossed bands, the Thabeik which looks like a monk’s food bowl, The Kya-Ian which resembles a lotus flower, the Hngnet Pyaw-Bu which looks like a banana bud, the Umbrella called Hti, the Hngetmana (the flag-shaped vane which revolves to the direction of wind), and the Seinbu (diamond bud). The Hti, Hngetmana and Seinbu are decorated with 3,154 gold bells, 79,569 diamonds and other precious stones. (Most of the information mentioned above was taken from what is written on the rear side of entrance ticket to Shwedagon Pagoda).

Stairway to The Pagoda

To get inside the main courtyard, visitors can go from four different entrances. But for a more dramatic scene (albeit a little longer) I suggest you to take the Eastern entrance like I did. Take your time to slowly absorb the beauty around the stairway to the main pagoda, while undemanding vendors sit neatly in their stalls on both sides of the stairway and watch you and other visitors/pilgrims pass by. Once you have reached the entrance to the main compound, prepare yourself for a wonder which made me whisper to myself “This is even better than The Thai Grand Palace”.

48 thoughts on “Shwedagon: More Than Just Another Pagoda”